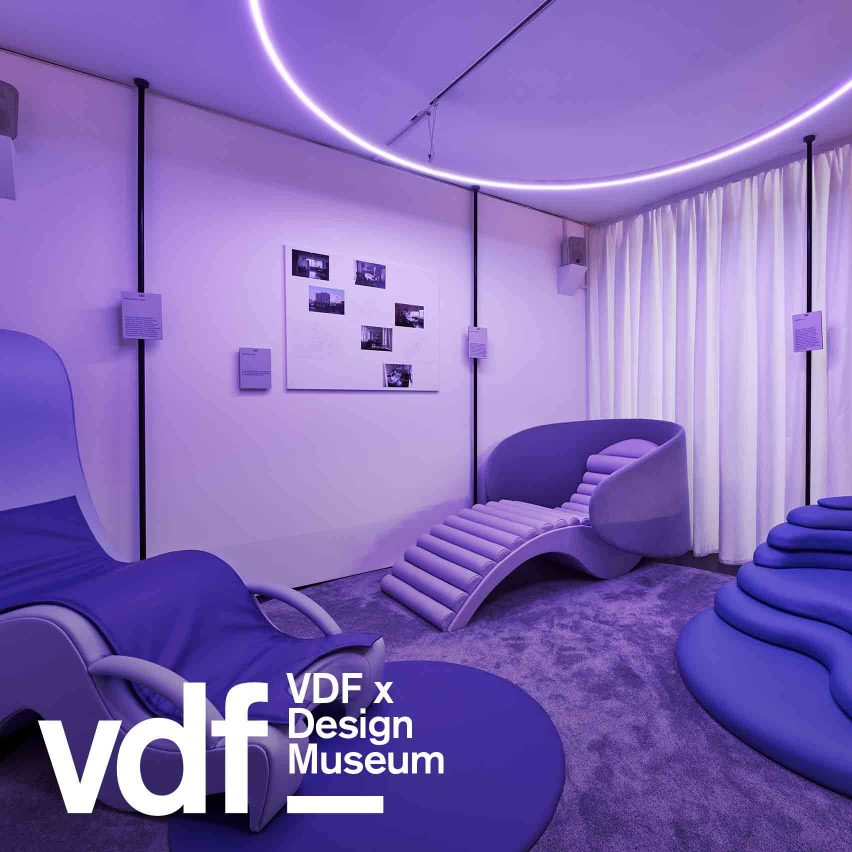 As part of today’s VDF’s collaboration with Design Museum, London-based architect Stiliyana Minkovska is hosting a panel discussion on designing for pregnancy and childbirth.

The talk is the second instalment in the Design Museum-curated program, which features four virtual events from the museum’s 2019 Designers in Residence – Minkovska, Mále Uribe, Marta Giralt and Robert Johnson.

Minkovska will speak to design historian Catharine Rossi, writer and critic Shehnaz Suterwalla and London-based designer Ab Rogers, who will elaborate upon a variety of projects and personal experiences to explore the current pitfalls in designing for motherhood.

The topic of the discussion stems from Minkovska’s project Ultima Thule, which was born out of her Design Museum residency.

The project features a trio of undulating chairs designed to facilitate the different stages of childbirth.

In response to the dismal hospital rooms she encountered whilst in labour with her daughter, Minkovska designed Ultima Thule to transform the ostensibly clinical maternity ward into a more comforting environment for parents.

Her research forms the departure point for the panellists, who will discuss how motherhood has been historically overlooked by the design industry, and how architecture and objects can empower child-bearers.

Rossi will present a range of women-led innovations at the intersection of motherhood and activism, including a biodegradable pregnancy test, a silent breast pump and an Instagram account advocating more diverse representations of motherhood.

Through sharing her story of motherhood, Suterwalla will identify and explain a number of factors that influence the design of products for premature infants.

Rogers is the founder of Ab Rogers Design, the studio behind healthcare centre Maggie’s at The Royal Marsden in Surrey in southeast England. He will describe how the building aims to create a sense of community to facilitate the healing of families after life-changing events.

Dezeen has partnered with Design Museum to publish content throughout the day as part of Virtual Design Festival. The first event in the series was curated by Mále Uribe, and featured three short films and a conversation about her research on art and design’s relationship with extreme landscapes.

The Design Museum is the world’s leading museum devoted to contemporary architecture and design. Its mission is to make the impact of design visible through its exhibitions and collection, as well as its learning and research activities.

Designers in Residence is an annual residency programme run by the Design Museum and supported by the Arts Council of England. It provides emerging designers with time and space away from their regular environment to reflect, research and consider new ways of developing their practice. Previous residents include Asif Khan, Bethan Laura Wood, Yuri Suzuki and Legrand Jäger.

The 2020 cohort of Designers in Residence will be announced shortly.