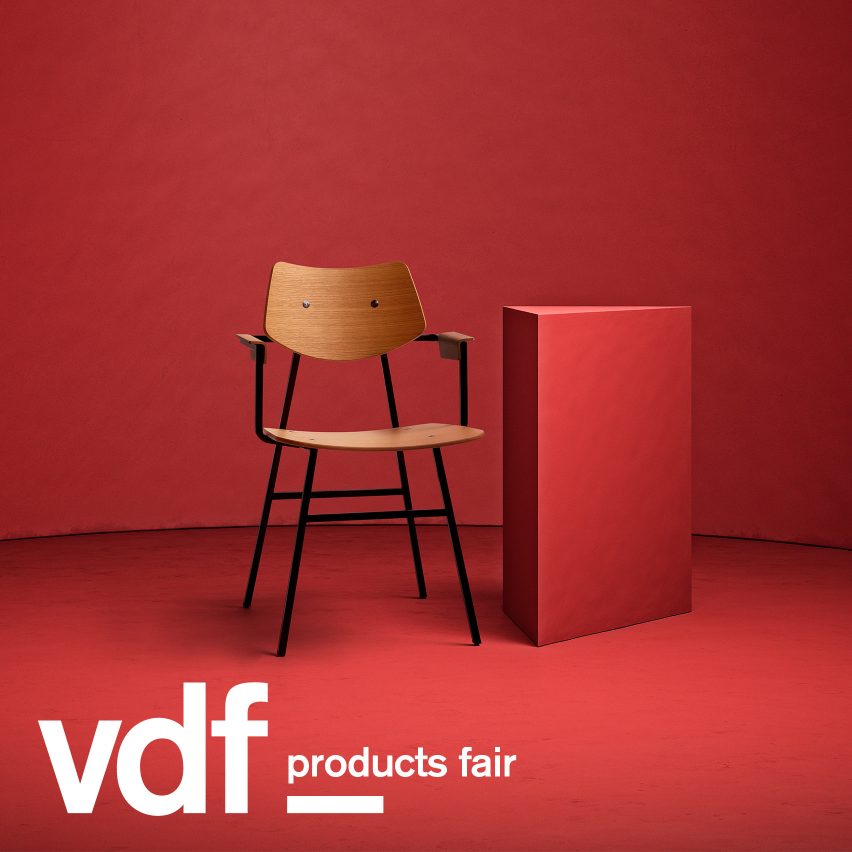 Slovenian furniture brand Rex Kralj is unveiling four furniture series at the VDF products fair, all based on the work of late midcentury architect and designer Niko Kralj.

The 1960 Armchair and Bar Chair, as well as the Mosquito Bar Stool, create an extended product family around some of his seminal seating designs.

Meanwhile, the Zelo collection by Australian designer Tom Fereday and the Ena Table by Denmark’s Mikal Harrsen represent the brand’s first collaborations, which go beyond Kralj’s canon of designs, prototypes and more than 120 patents.

These new additions hope to bring the architect’s design philosophy of finding beauty in simplicity and functionality to a new generation of furniture.

The collections are being officially debuted as part of the VDF products fair, a platform that offers designers and brands an affordable launch pad for new products.

The distinctive seat of the Mosquito Chair, originally designed by Kralj in 1953, is given even greater prominence by stripping away the backrest and turning it into a bar stool.

Its shape, which resembles an insect or bird caught in mid-flight, is raised above the simple plywood frame as if on a pedestal, to highlight this “winged” profile.

The product family designed around the 1960 Chair, on the other hand, adds additional details to transform its function.

Metal and plywood armrests top off the angular armchair, accentuating the otherwise smooth curves of the seat and embodying Kralj’s eye for contrasts.

The elongated legs of the stool, on the other hand, give the design a more sleek, elegant air.

Two curved metal wire sheets form the seat and backrest of Tom Fereday’s collection of stackable chairs, armchairs and bar stools, leaving a decorative gap where they meet that nods to the design of Kralj’s 1956 Shell Chair.

Mikal Harrsen’s Ena table stands on a singular leg, which is skewered just below the tabletop by a metal rod.

This creates both a graphic, visual accent, as well as functioning as two coat hooks – one on either end.

Alongside the new product launches, the brand is also debuting a new website and brand identity.

Rex Kralj was founded in 2012 by Žiga Vrohvec and Tomaž Sešlar with the sole purpose of reinvigorating the architect’s influential but “neglected” contributions to 20th century industrial design.

The word Rex refers to perhaps his most well-known design – a wooden folding chair that has been immortalised in MoMA’s permanent collection, as well as being featured in the museum’s Towards a Concrete Utopia exhibition.

“We are inspired by the legendary Niko Kralj, his warmth and respect for human beings,” said Vrohvec. “Rex Kralj’s creative spirit drives us, as do our beautiful products, and our firm belief that design matters.”

Beyond celebrating their fellow countryman, the founders also hope to champion local craftsmanship, which is why all of the brand’s pieces are entirely made in Slovenia by resident craftspeople using traditional techniques.