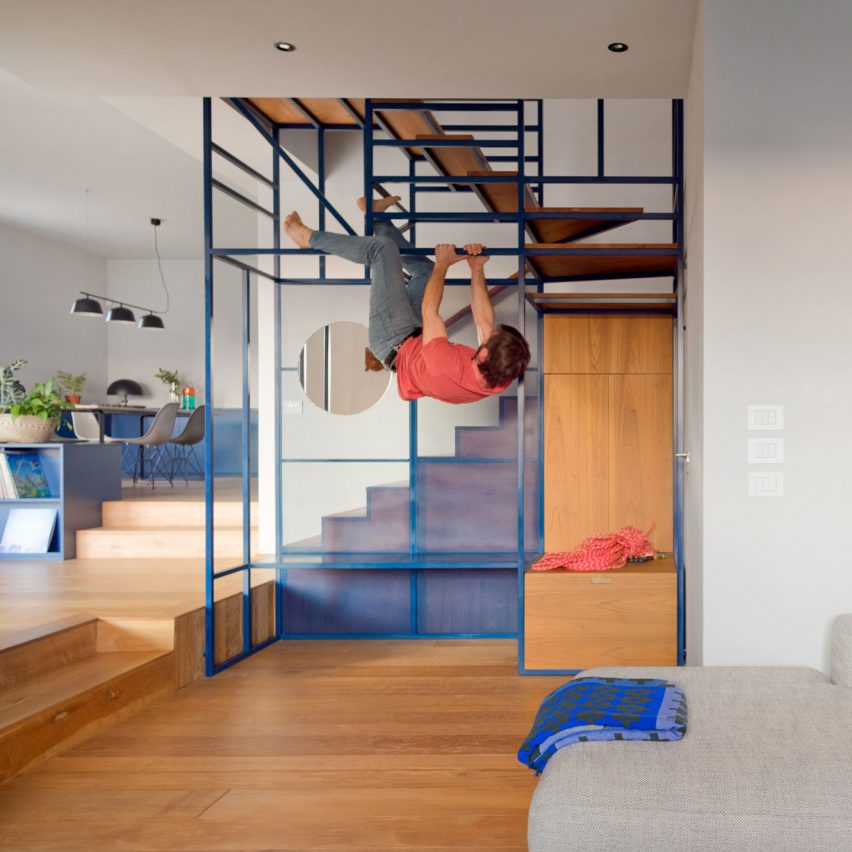 Interior design studio Deferrari+Modesti renovated a house in Prato, Italy, adding a blue staircase that doubles as a climbing wall for its sporty owners.

The two-storey house in the Tuscany region, which was built in the 1980s, was in a state of disuse and required a complete refurbishment. 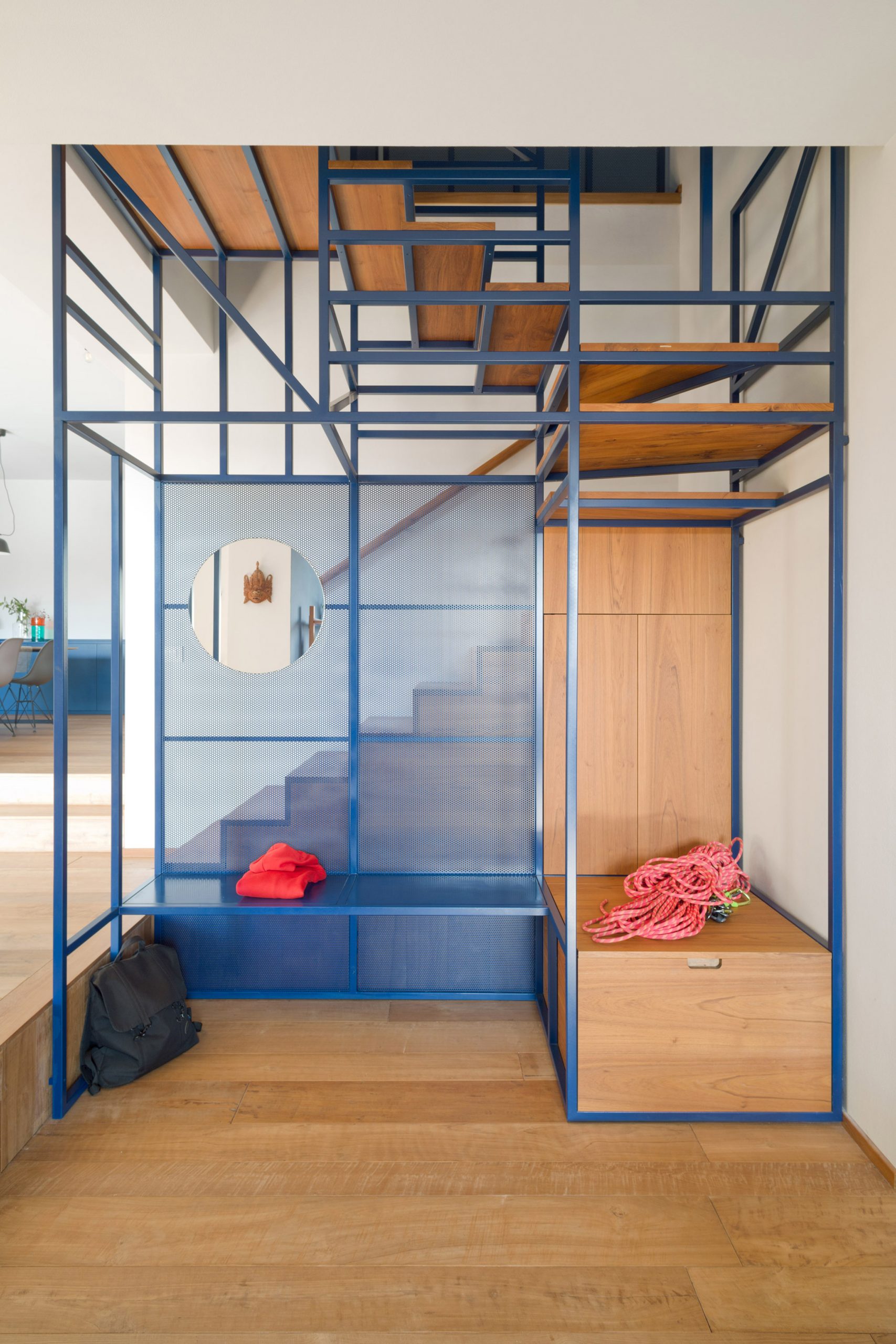 The playful staircase that connects the lower and upper storeys of the villa is a reference to the occupant’s love of rock climbing. 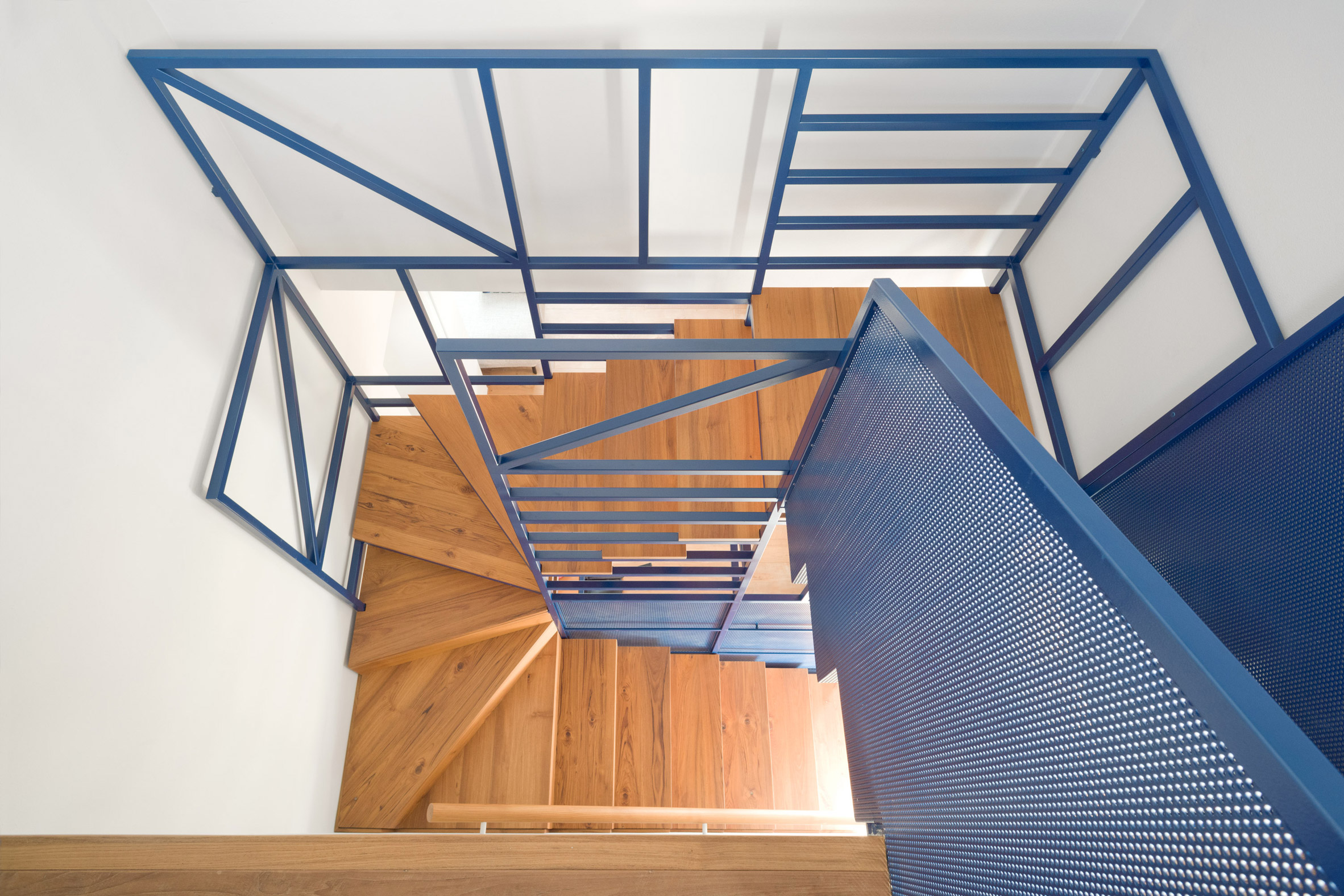 “The client had not given us specific indications or made particular requests on the staircase,” architects Javier Deferrari and Lavinia Modesti told Dezeen.

“For us, however, it had to be a key element of the home. It had to connect the different spaces by organising them, but it also had to have a strong identity, both in its representation and in its function.”

Made from teak wood and powder-coated iron, the staircase is sided with perforated sheet metal, which has also been used for its upper steps. 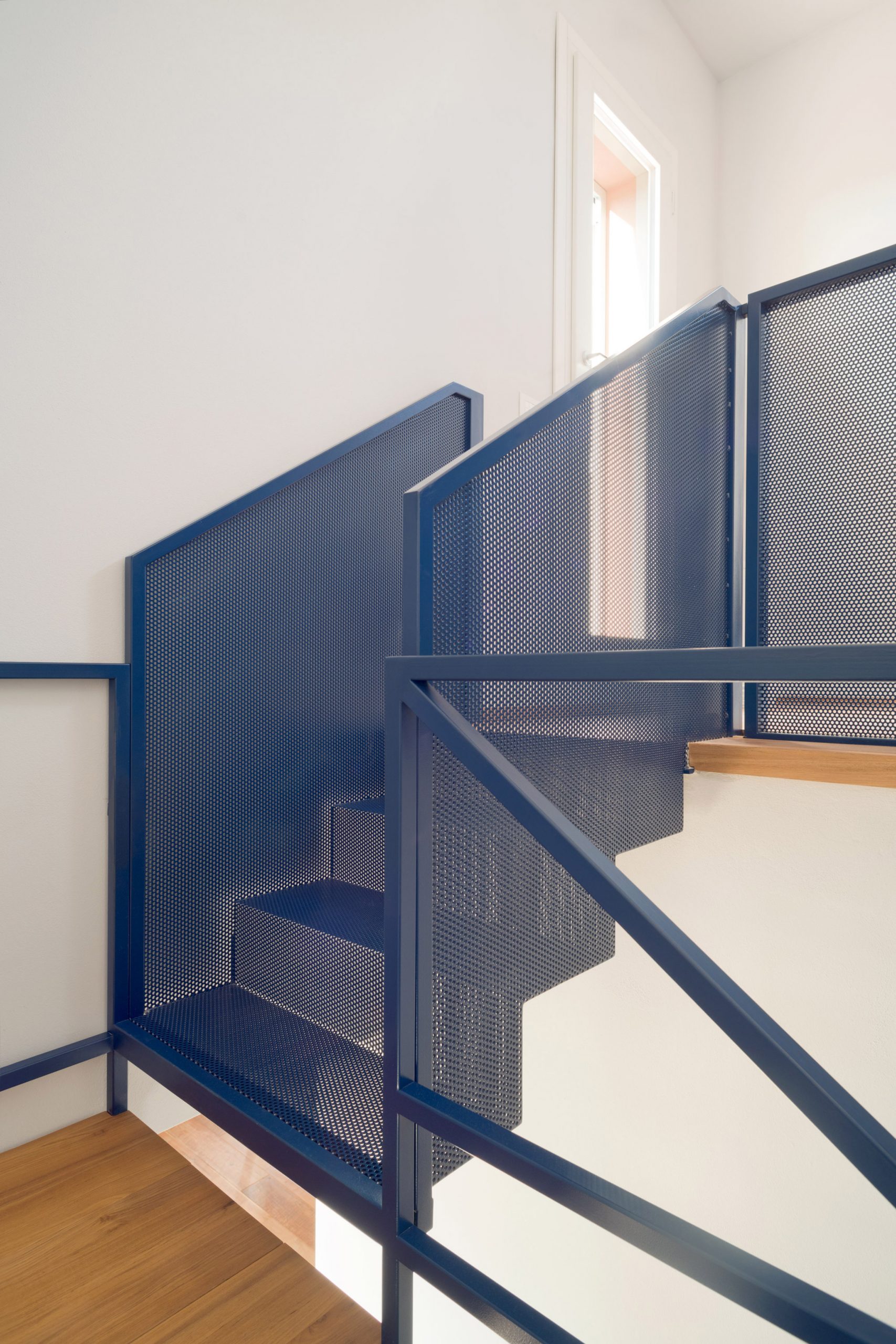 “The staircase, from being extremely solid, becomes permeable to light and movement as it ascends,” the studio explained.

A metal bench and a wooden storage box sit under the stairs facing the living room. The staircase’s open structure here creates an improvised climbing wall where people can dangle from its iron bars. 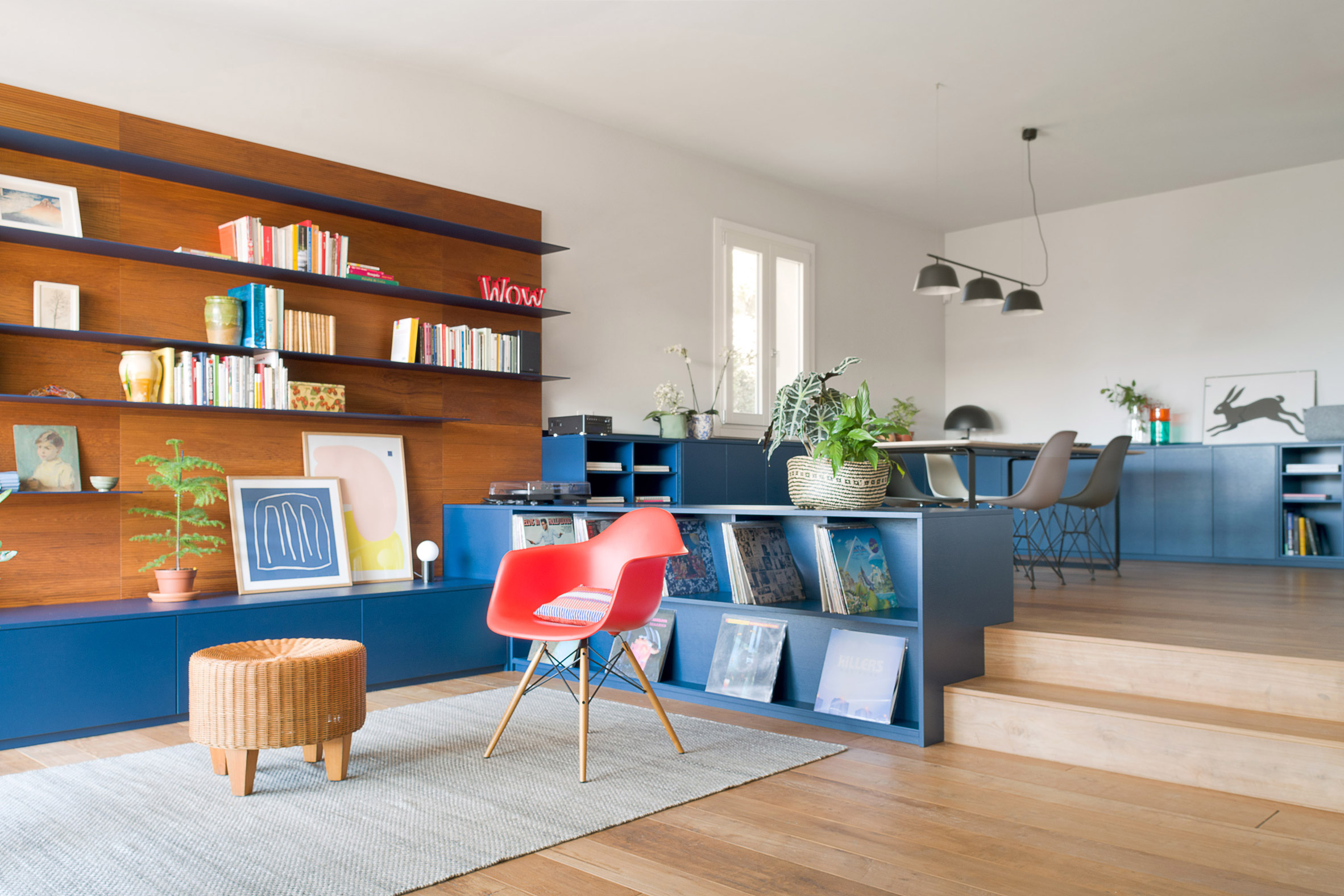 In the reading and music corner, the furnishing system functions as a bookcase with an added bench and container. This separates the space from the dining area, where the integrated furniture continues in the form of cabinets. 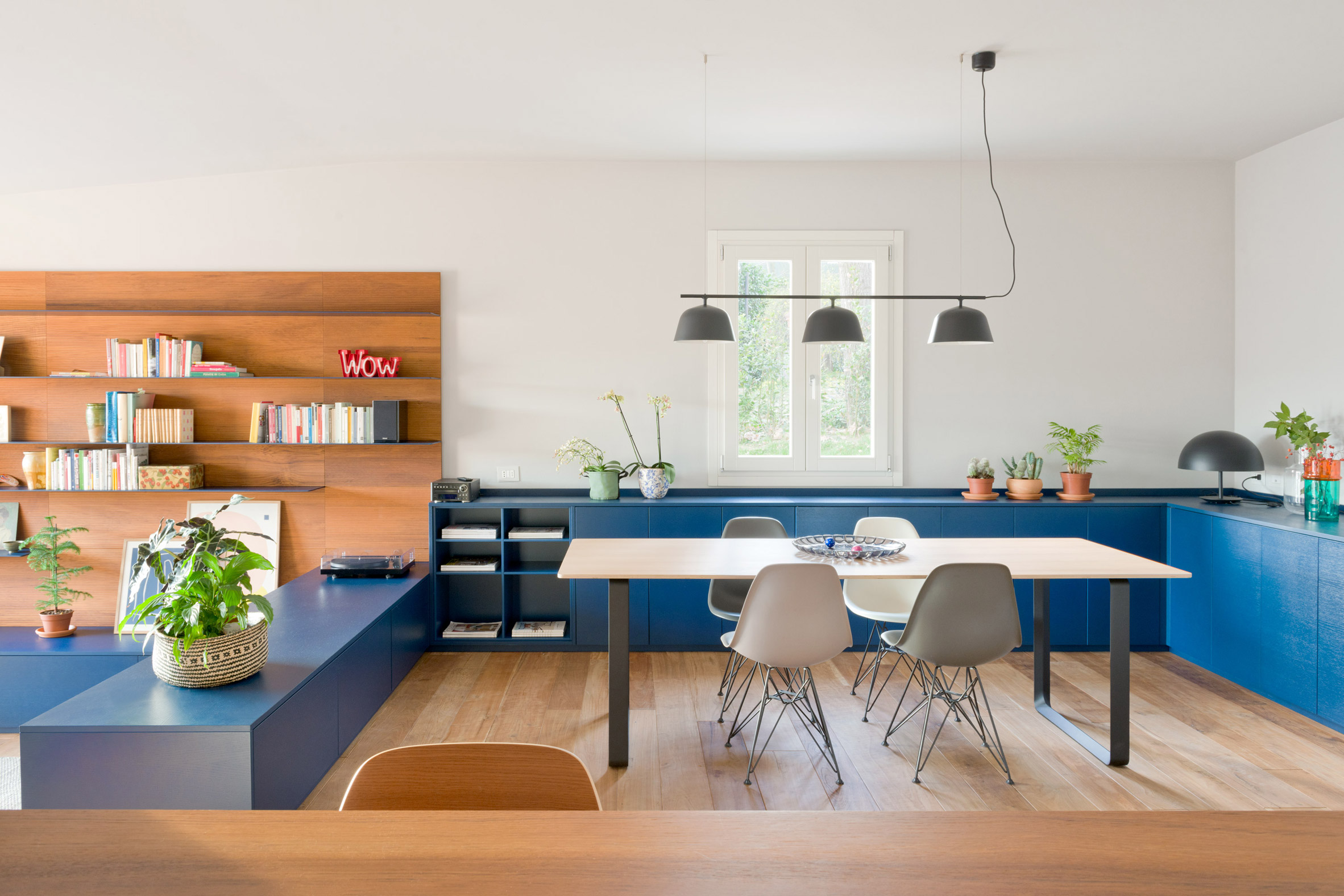 “The use of a visual element that presents elements of continuity conveys the feeling of a unique, welcoming space,” the architects said.

“We decided to organise the space through an integrated furniture system to connect the different areas of the house, giving each one its own identity.” 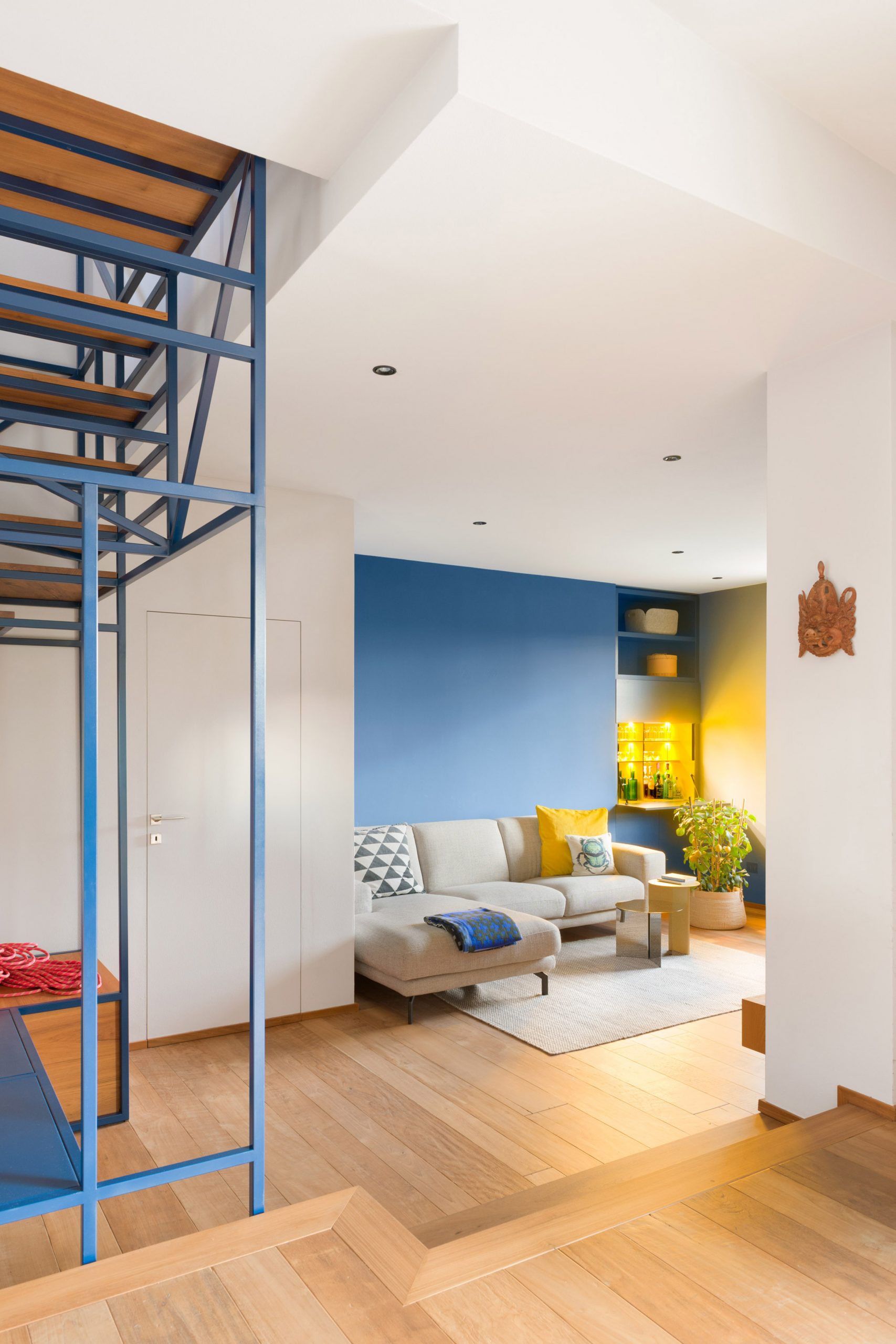 The sunken living room area features wall panels with a hidden bar cabinet in the same blue shade as the furnishing system and staircase.

As well as the living areas, two bedrooms and two bathrooms are hidden behind a flush-to-wall door on the ground floor. 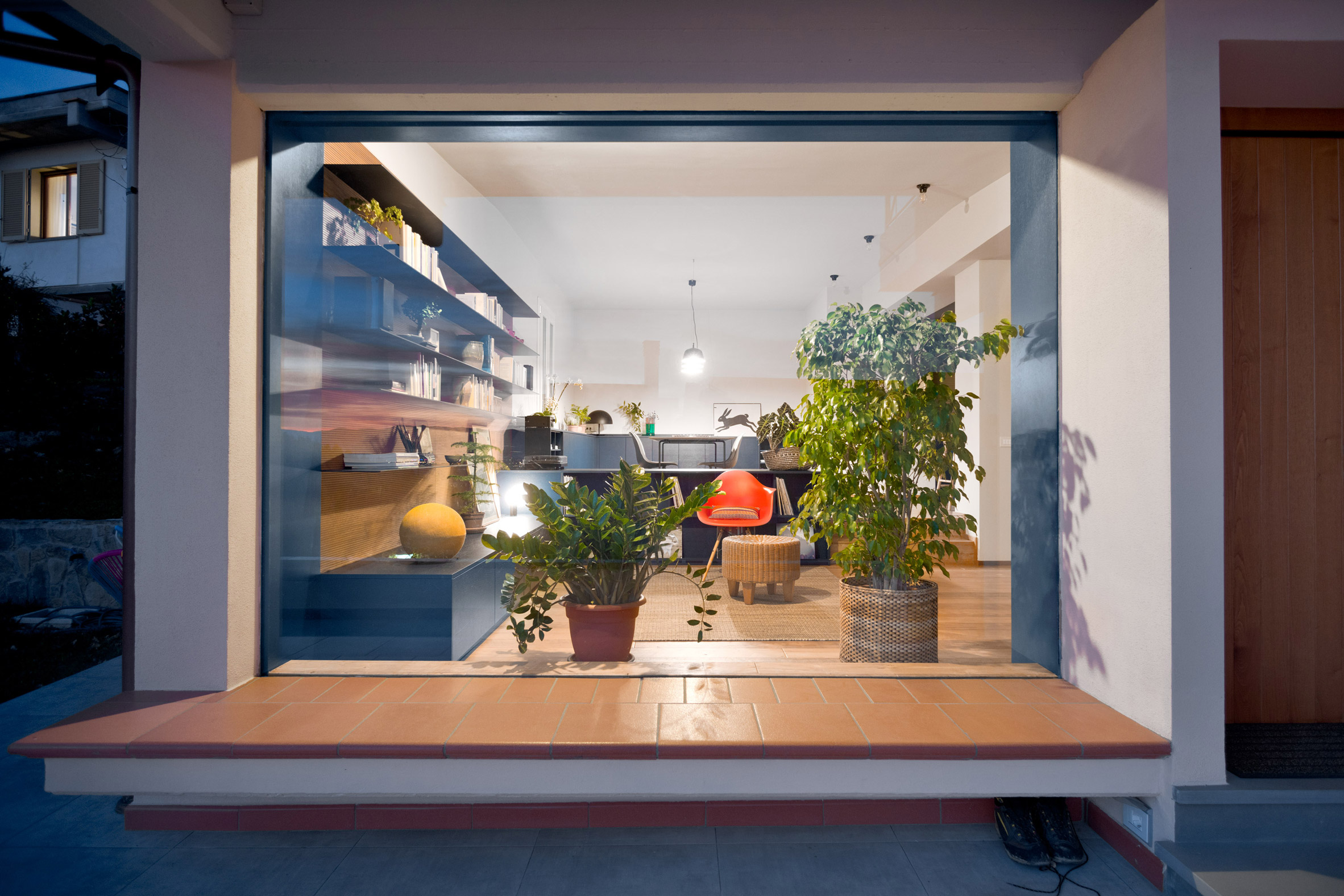 The upper floor is used as a living and study area and accommodates an additional bathroom, as well as a large terrace.

Deferrari+Modesti was founded in 2010 and specialises in interior design, exhibition and product design.

Other designers using similar statement stairways include WORKac, who used perforated steel for a staircase in a Brooklyn apartment. Lagado Architects included a sculptural blue staircase for the Workhome-Playhome in Rotterdam.

Photography is by Anna Positano.