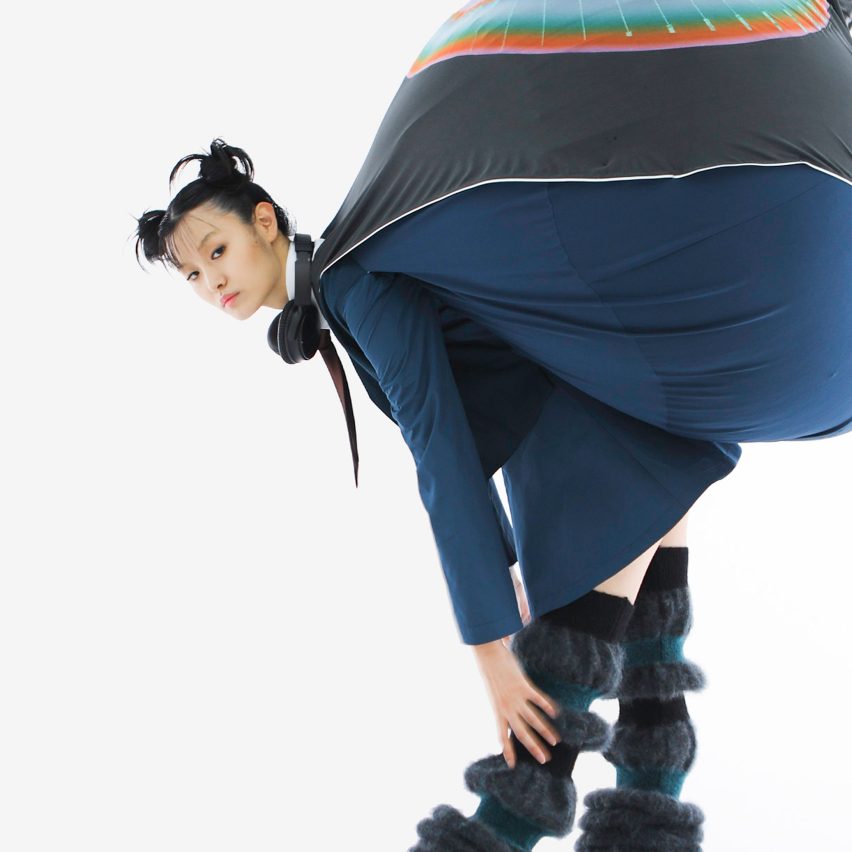 Taking cues from the design of school uniforms, Kim wanted to use her graduate collection as a way of rejecting the strict rules and standards that “well-behaved” students have to abide by, particularly in South Korea where she grew up.

Altering the aesthetic of conventional uniforms in ways she thought a child might, Kim added unusual materials and elements such as beanbags and leg warmers to her garments. 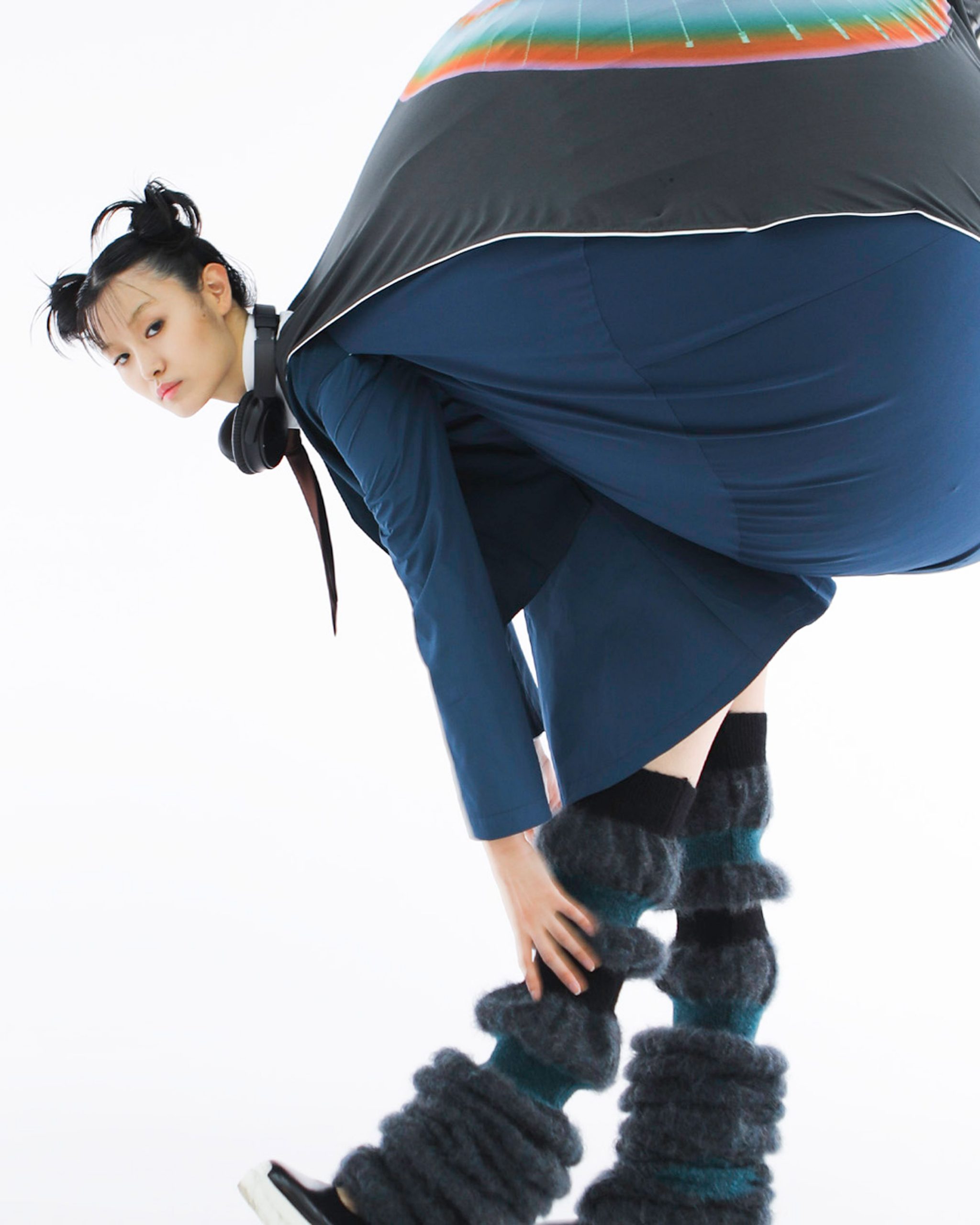 The designer was inspired to pursue this idea after seeing an image of a child “wearing a pretty dress and holding balloons at a parade” but adopting a grumpy face.

“I really liked this picture, because children think and act what they want without being aware of their surroundings or the eyes of others,” she said.

“They are always breaking rules and are self-centred. This project draws inspiration from the abandonment of rules to celebrate self-representation and individualism.” 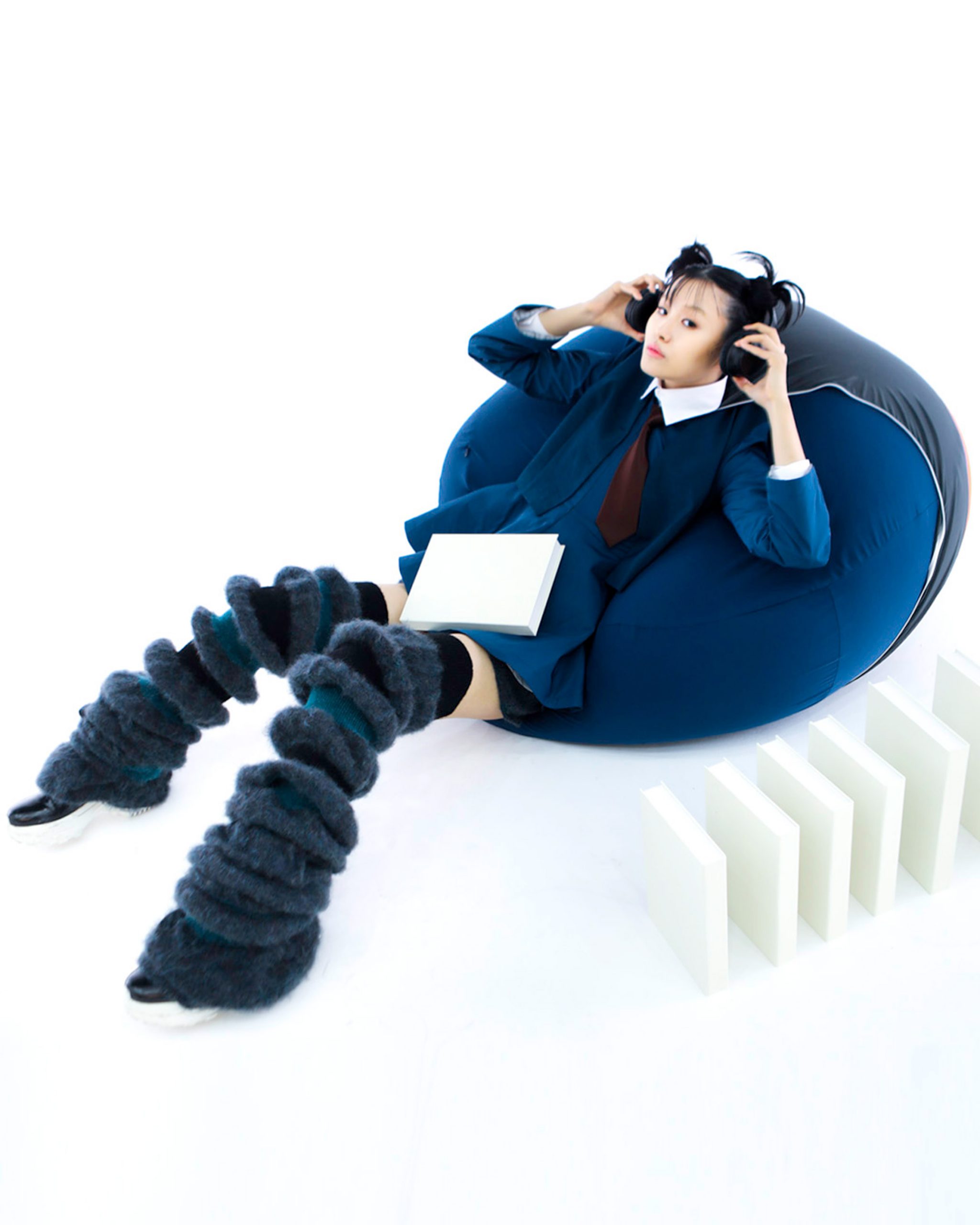 The yet-to-be-named collection comprises two main looks, one with the ball-shaped backpack-style element, and another with a onesie accessorised with a saggy hat.

The first look is a sailor-style mini dress designed to look like a modern take on a two-piece uniform, made from stretchy fabric. 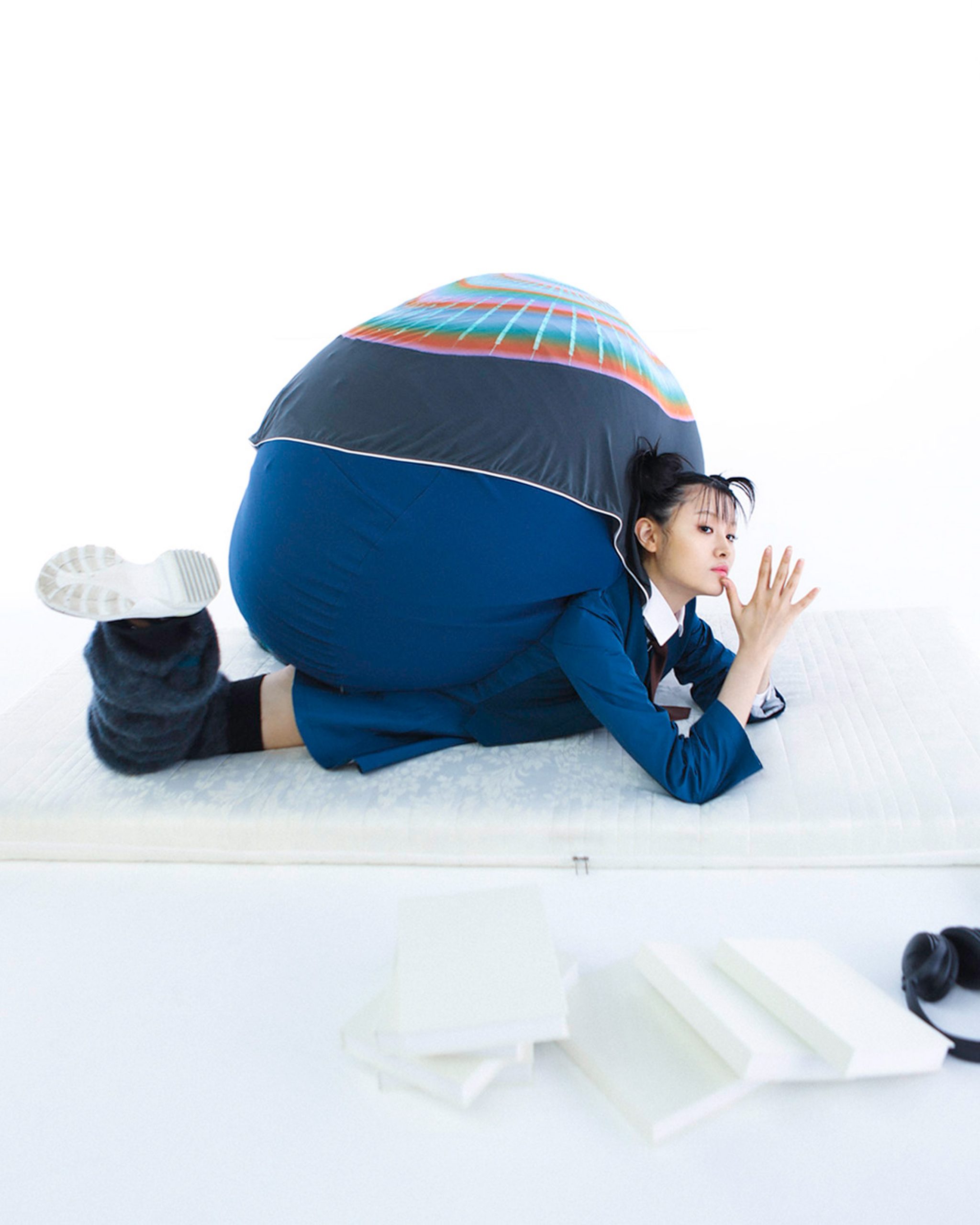 A large beanbag is secured to the back of the garment, in the way that kids might wear their backpacks underneath their clothes as a playful gesture.

The dress can double up as a resting cushion, enabling the wearer to transport a beanbag chair around on their back.

A thin material shaped like a cape is draped over the top of the beanbag and features a colourful, circular pattern that has been printed with puff binder for a 3D effect. Kim completed the look with tiered leg warmers made from knitted mohair. 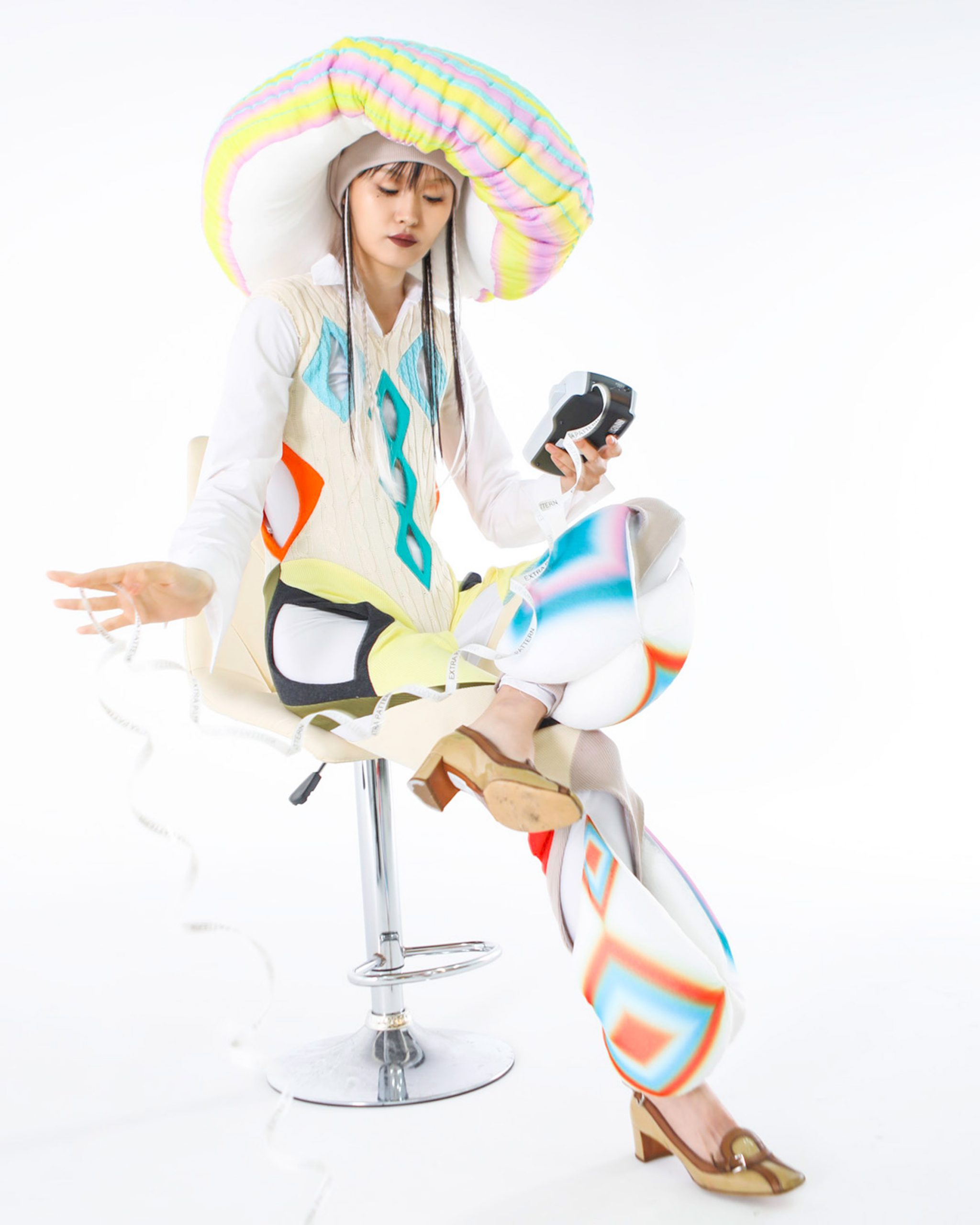 The second look was informed by a knitted vest that Kim used to wear at her school in South Korea. She has taken this element and made it into an all-in-one bodysuit, which features bright, psychedelic patterns printed on its bottom half.

Beanbag elements have been attached at the ankles of the garment in a bell-bottom style, and have also been used to make a floppy hat that resembles a mushroom. This has also been vibrantly printed in layers of yellow, pink and blue. 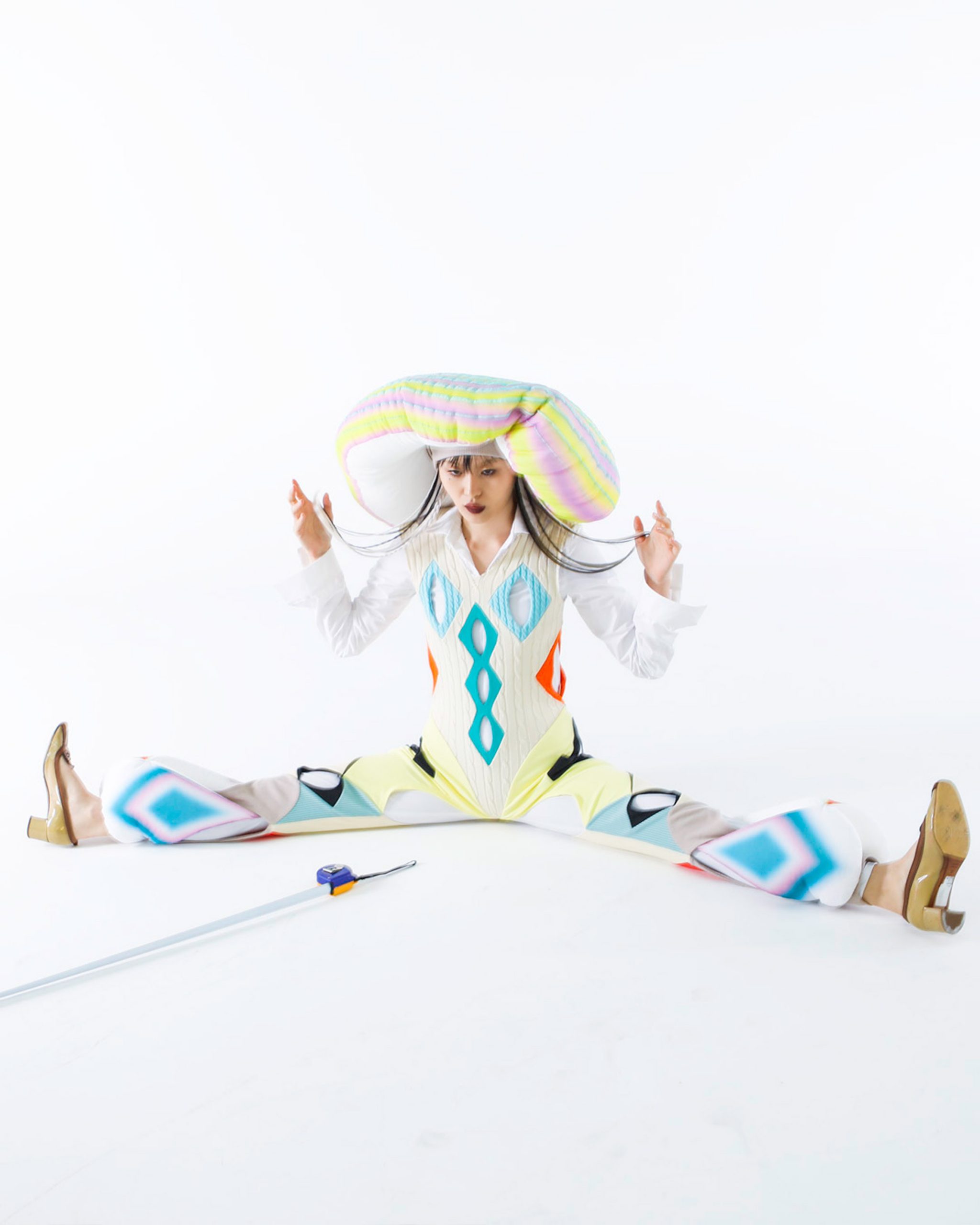 The beanbag aspects of the garments was also designed to represent the “heavy burden” of these restrictions that people wear on their shoulders.

This, according to Kim, was an “ironic” statement, as the lightness of the beanbags and their soft material make them comfortable to lie on, transforming the burden into a positive element. 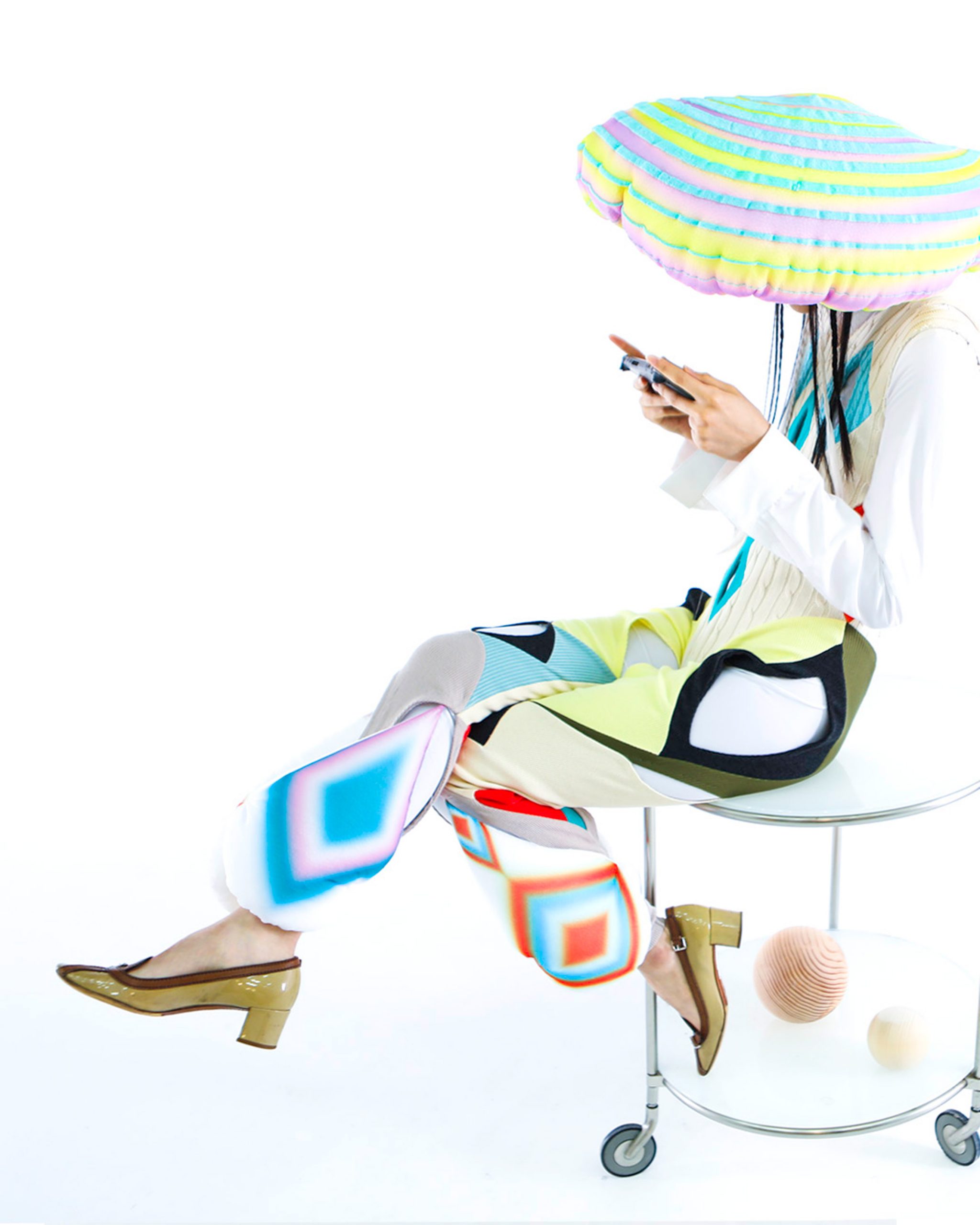 “I want my collection to send the message that we should be wary of and rebellious against the familiar ‘inconveniences’ that we face in life, but that we rarely object to – both in school and society at large,” explained Kim.

“If I wore my collection and went to school, I would probably be punished – therefore I think it’s a successful collection,” she added.

“I hope that, after seeing my collection, someone will be inspired to break the mould of their thoughts.” 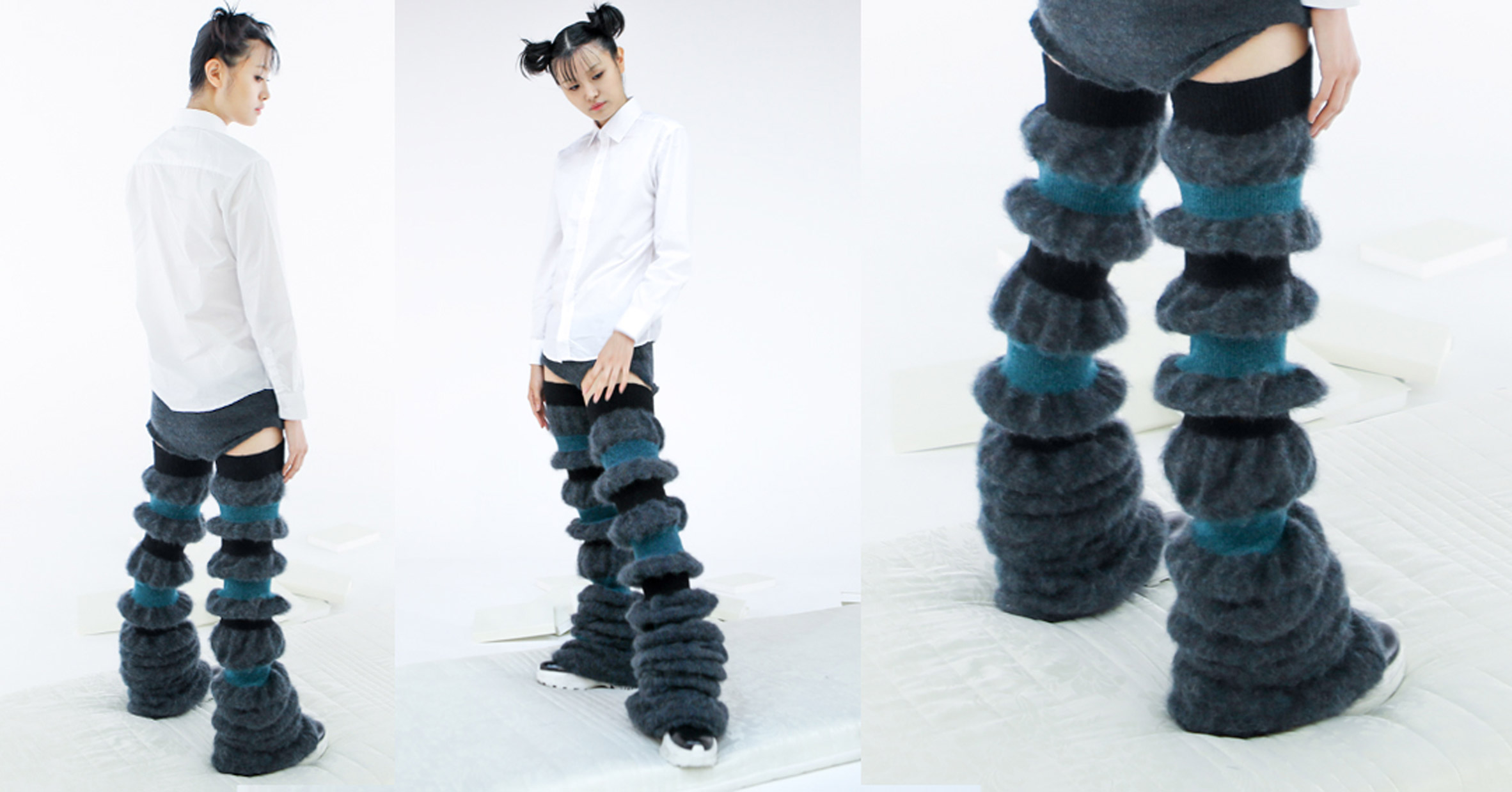 The five-piece collection, called Finding Beauty and Power in Struggle, is designed to symbolise how people carry the weight of personal struggles. Each look gets lighter and less bulky as they progress.