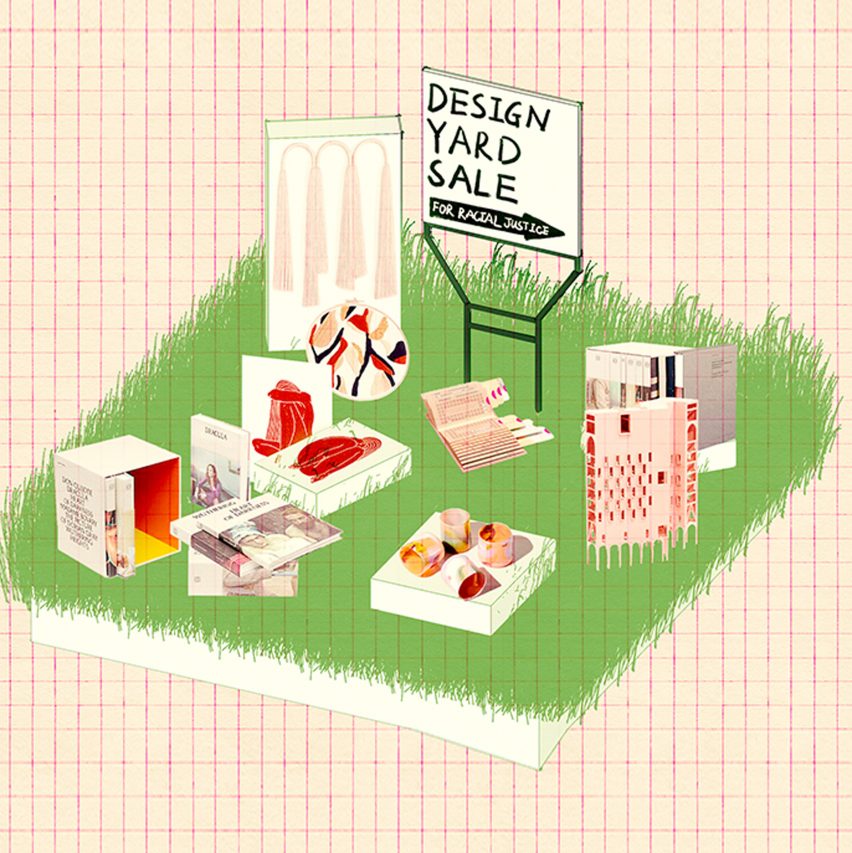 Students and alumni of Harvard GSD have launched an online sale of items donated by architects and designers, including an IKEA chair signed by Virgil Abloh and a Sam Jacob painting, to fundraise for organisations that fight for racial equality.

All net profits will go to the Bail Project, which pays bail for those who need it, and non-profit design practice Colloqate Design.

“Design and architecture are what we’re good at,” said co-founder Yaxuan Liu. “But right now we need to get resources into the hands of activists and organisers on the front lines of the movement.”

“Design Yard Sale lets us use our skills to make that happen.”

Modelled on a typical yard sale, the online auction collates a variety of items like furniture, signed books, prints, tote bags and handbags.

Standouts so far include one of the chairs from Virgil Abloh’s Makerad IKEA range, which the fashion designer will sign and illustrate for the winning bidder, and a painting by British architect Sam Jacob.

Out-of-print books like a copy of Spatial Structure signed by Pezo von Ellrichshausen and a copy of African Modernism signed by Iwan Baan were available, as well as an autographed copy of Delirious New York by Rem Koolhaas.

The Dollhaus (Closed) a print by architectural designer Jenifer Bonner and American architect-designer Jerome Byron’s glass-fibre reinforced concrete stool were also submitted for the start of the auction.

Design Yard Sale will continue for one month and is continuing to accept submissions for new sale items up until mid-July.

It founded by Yaxuan Liu, Tessa Crespo, Grace Chee, Edward Han, and Izzy Kornblatt, students and alumni of Harvard Graduate School of Design (GSD), which is recognised as of the world’s most prestigious graduate schools for architecture and the built environment.

Their initiative comes in the wake of anti-racism protests in every US state after the killing of African-American George Floyd in police custody.

Architects and designers have established a number of initiatives in the aftermath to address and improve racial equality in the profession.

Examples include a Google Docs spreadsheet listing black-owned studios and anti-racism design conference Where are the Black Designers?.