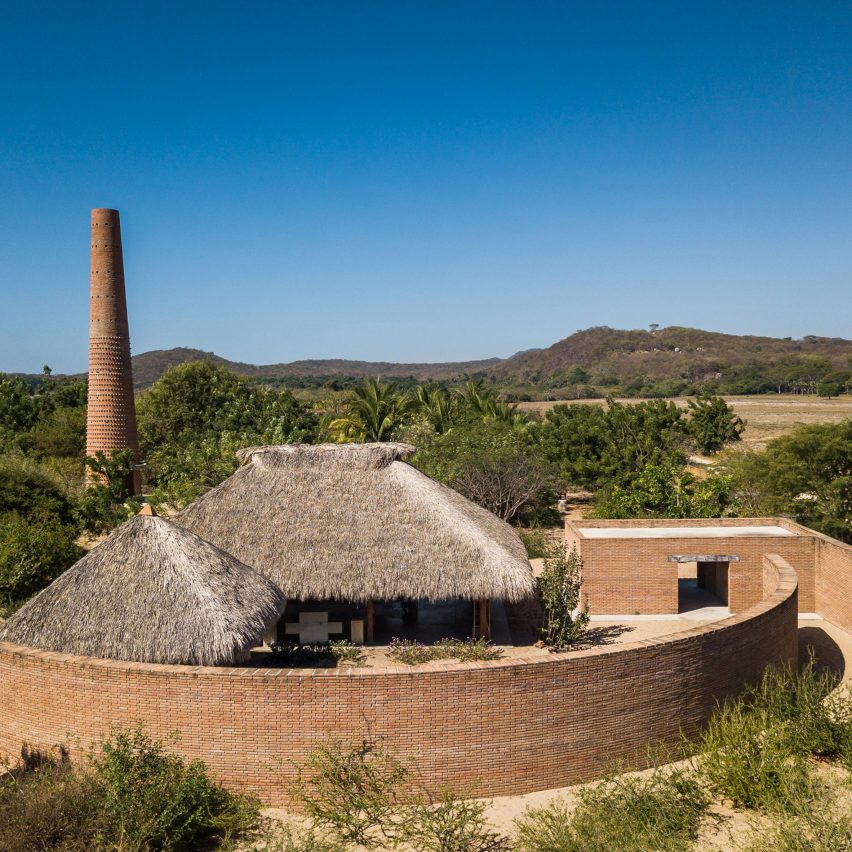 The Pritzker Prize-winner was tasked by Casa Wabi Foundation founder Bosco Sodi to build the pavilion as a space for children who live in the area to learn the local clays techniques of Oaxaca. It also hosts artists on Casa Wabi’s residency programme. 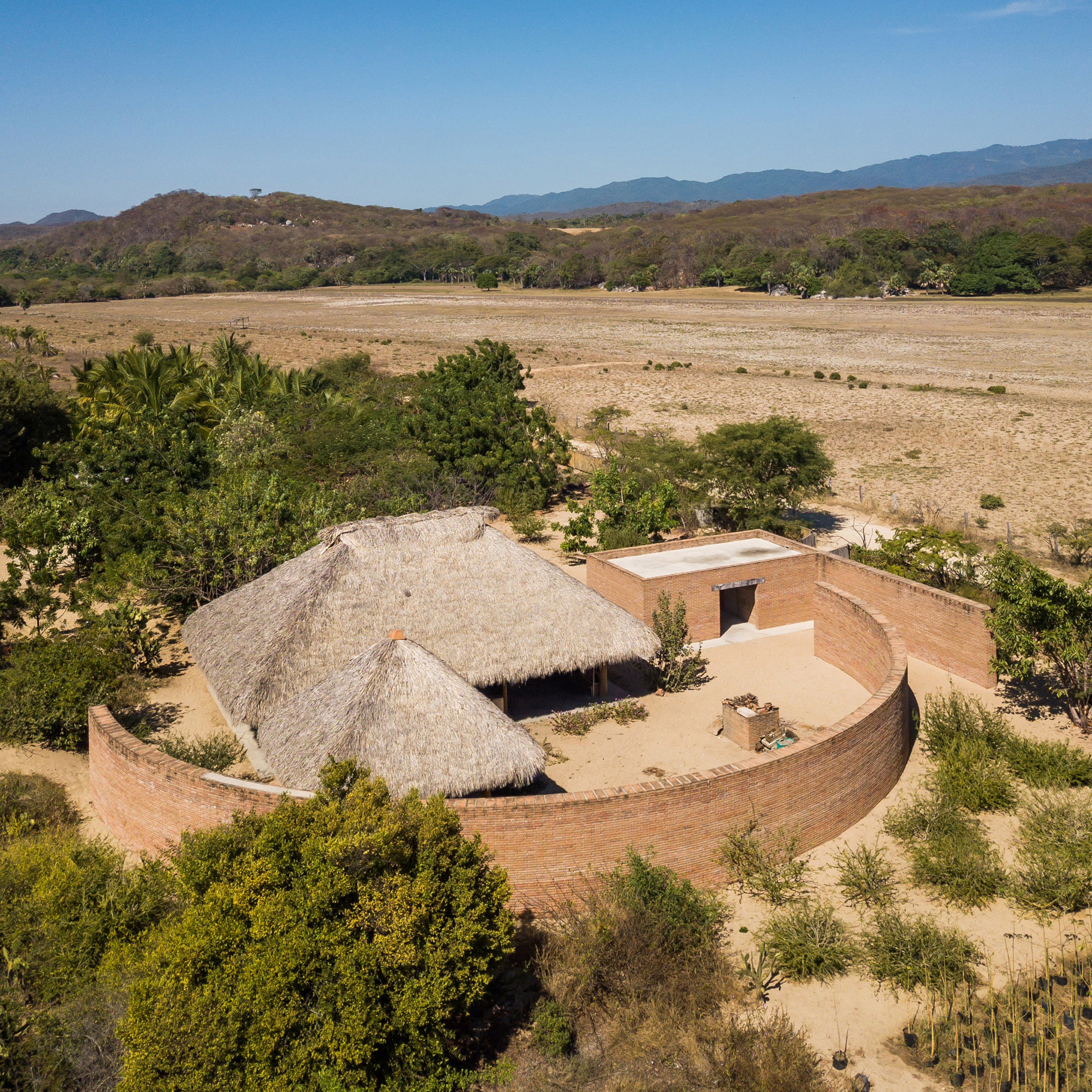 “The pavilion is aimed to host a series of workshops with the intention of bringing new generations to the aesthetic and artistic use of the materials in the region,” Casa Wabi said.

“We hope that in the near future this programme will contribute to the economic and cultural revival of the use of the local clays of the Oaxaca coast.” 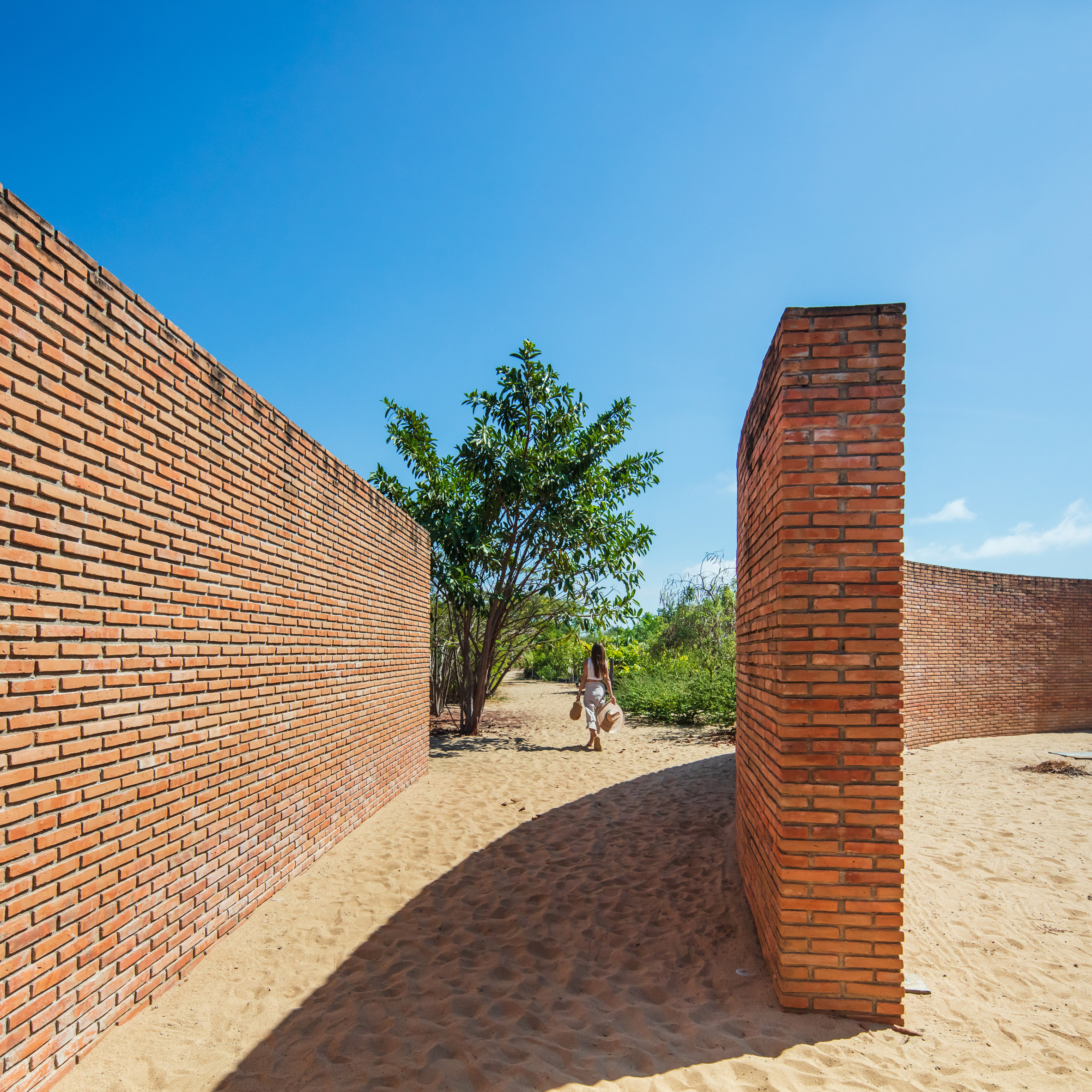 The ceramics pavilion is topped by a huge thatched roof and has concrete floors, but no walls. Its sandy surrounds are instead enclosed by a curved brick wall that is eight meters in diameter and an L-shaped barrier, which forms rooms for storing pottery tools and raw clay. 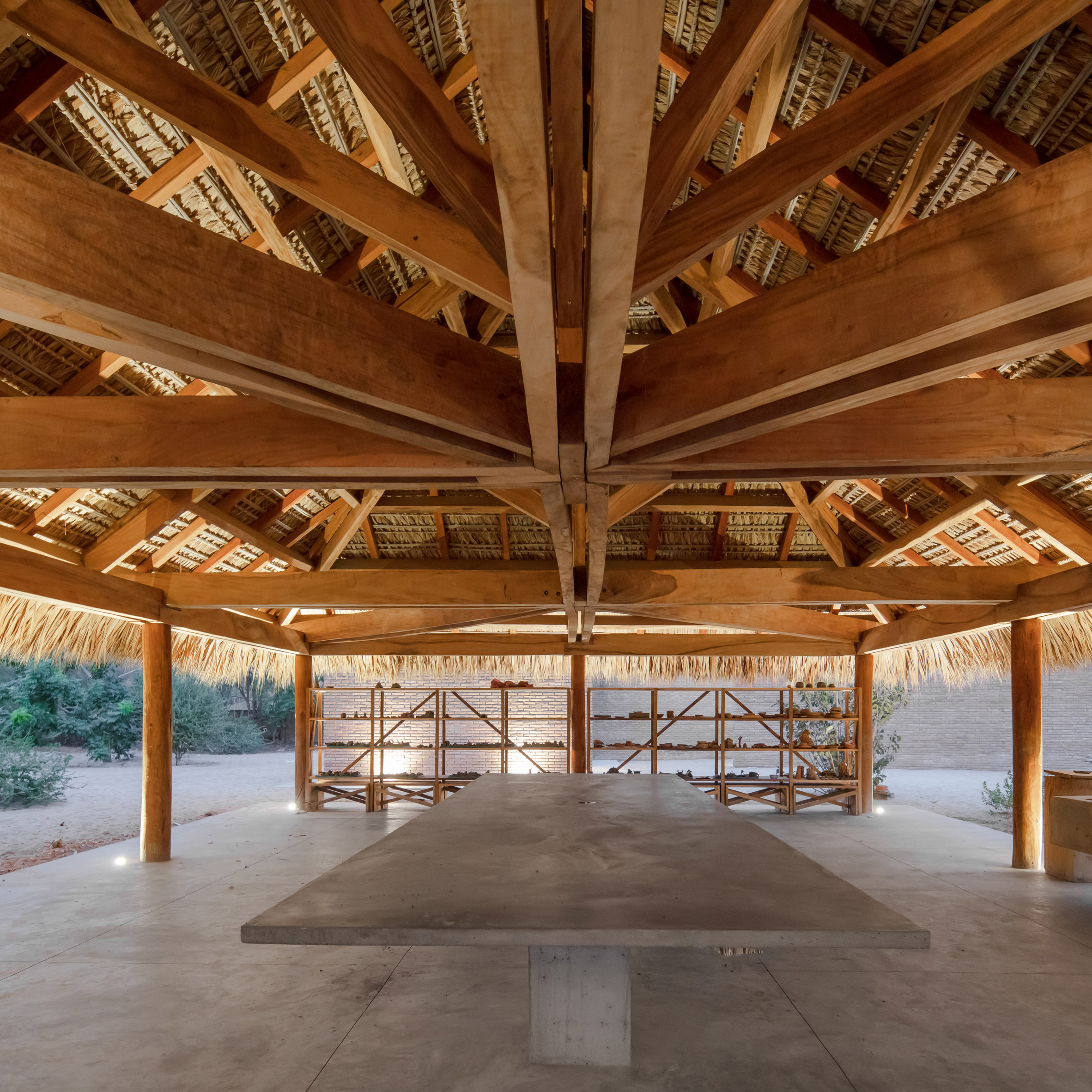 The thatched roof is formed from dried palm branches and a wood frame – a traditional construction method known in the region as Palapa.

Casa Wabi’s house and art centre also feature this type of roof, which was completed by Japanese architect and Pritzker Prize winner Tadao Ando in 2016, as well as Monte Uzulu hotel that is about an hour drive away. 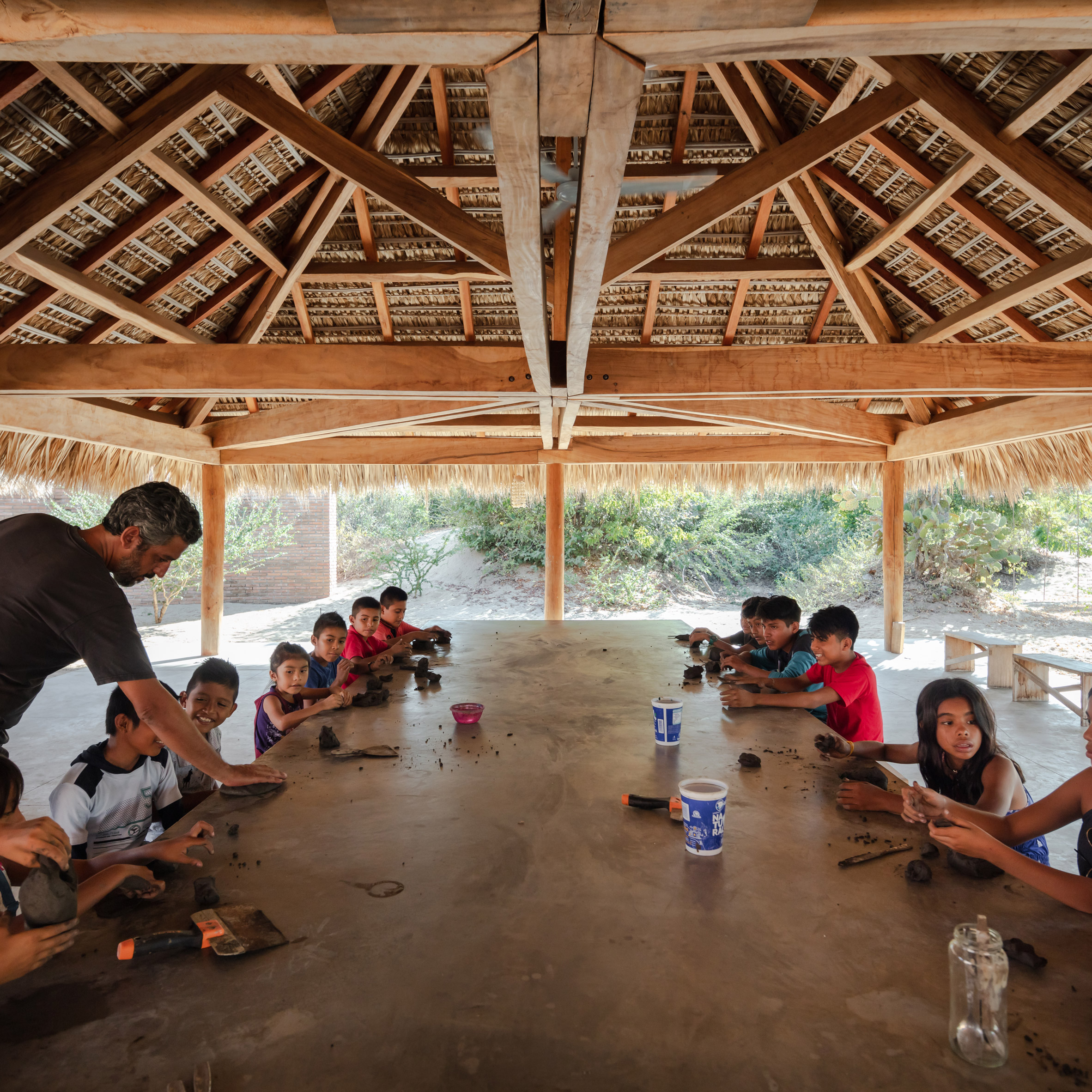 “The uses of two of the most common local techniques and materials in the area have been fundamental in the design and construction of the pavilion,” said Casa Wabi. 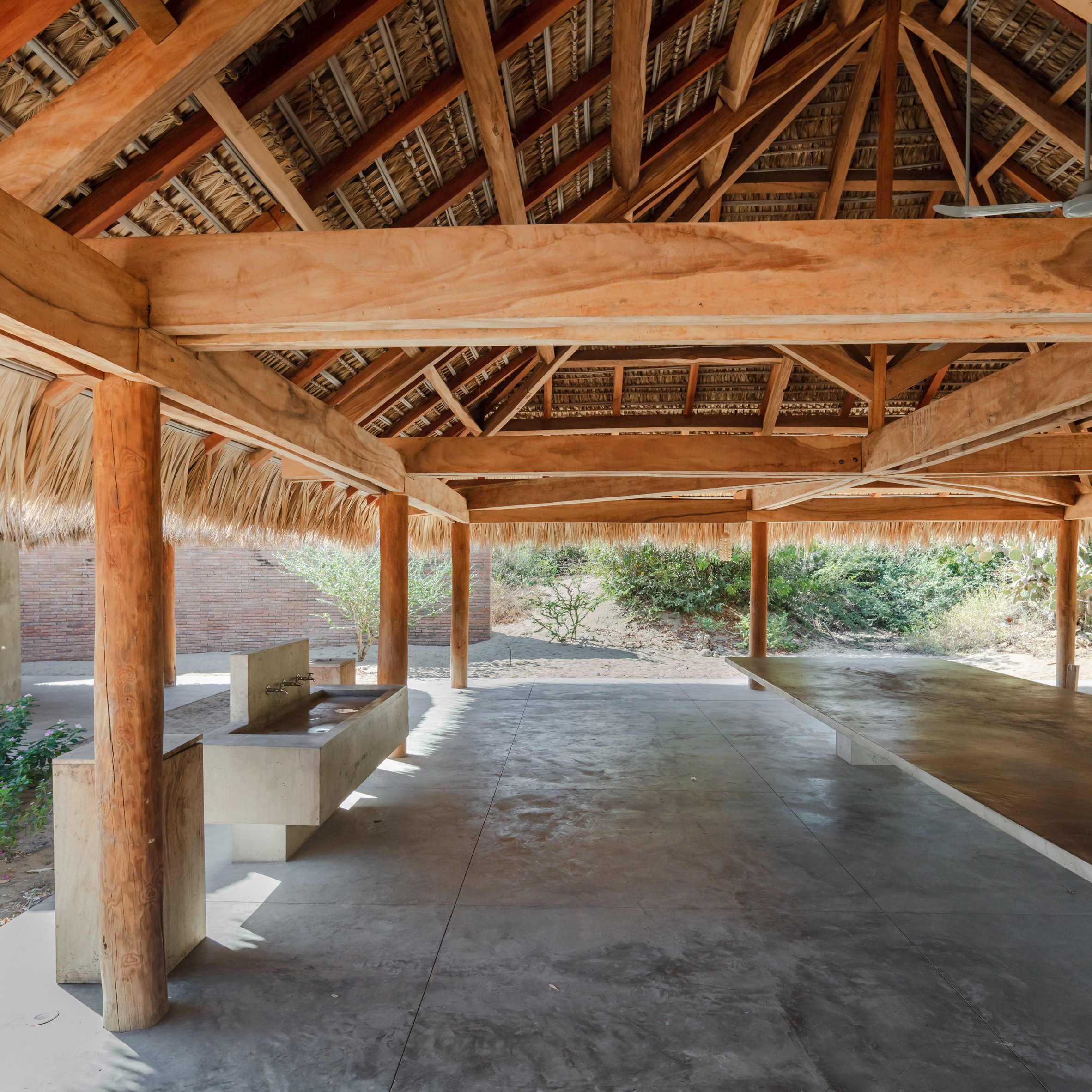 The ceramics area features a large concrete table in the centre and a concrete washbasin on one side, with wood shelves providing places to store the ceramics. A smaller thatched-roof structure nearby houses two toilets that are enclosed by horseshoe-shaped walls. 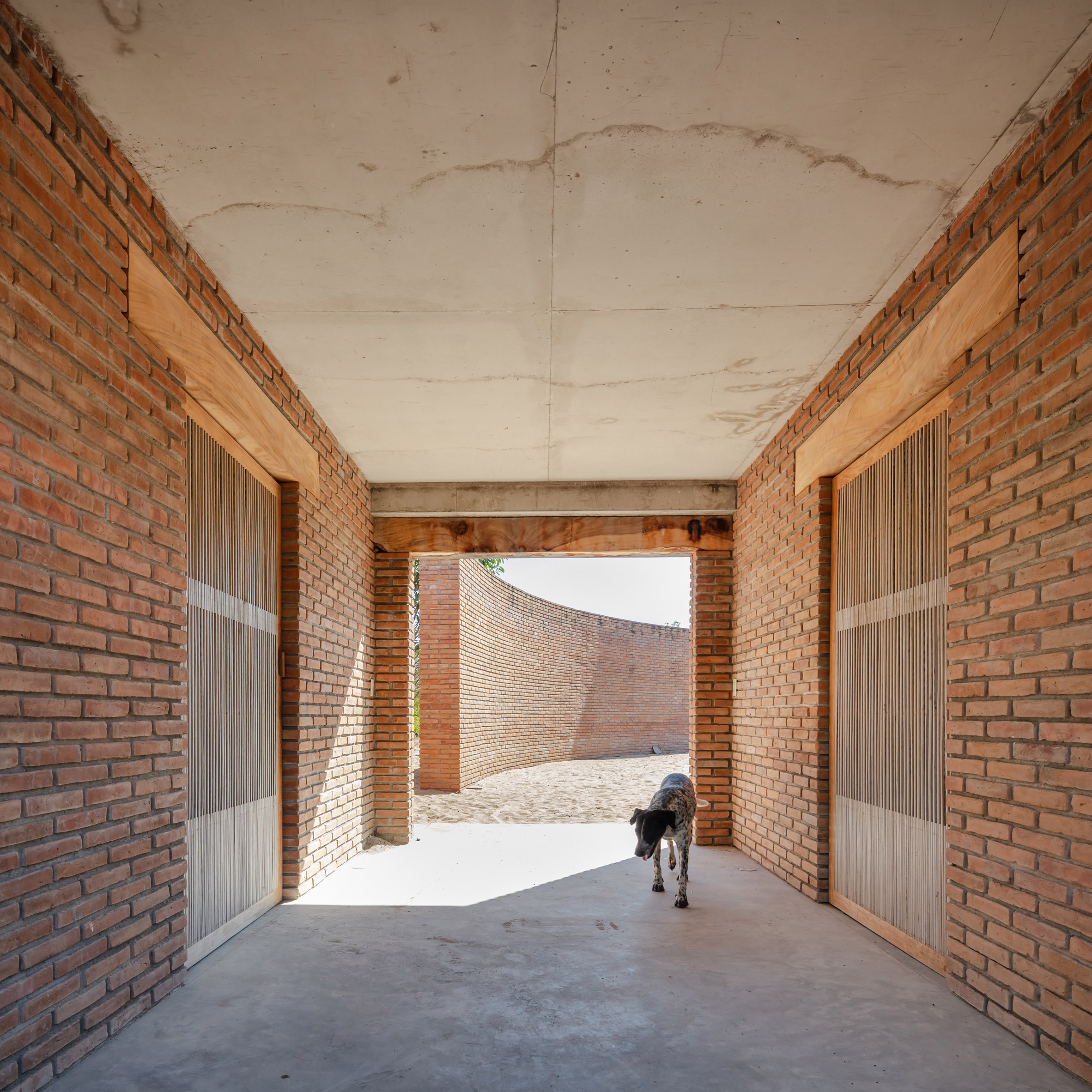 Siza’s pavilion is accompanied by outdoor showers and an existing outdoor oven, along with trees and shrubs that extend to a 22-metre-tall chimney for firing the pieces. Designed by Mexican artist Alberto Kalach, it is similarly built with bricks using local clay.

A number of well-known architects and studios have completed structures on the Casa Wabi complex. Others include Paraguayan studio Gabinete de Arquitectura, which designed a composting pavilion, and Kengo Kuma, who created a blackened-wood chicken coop. 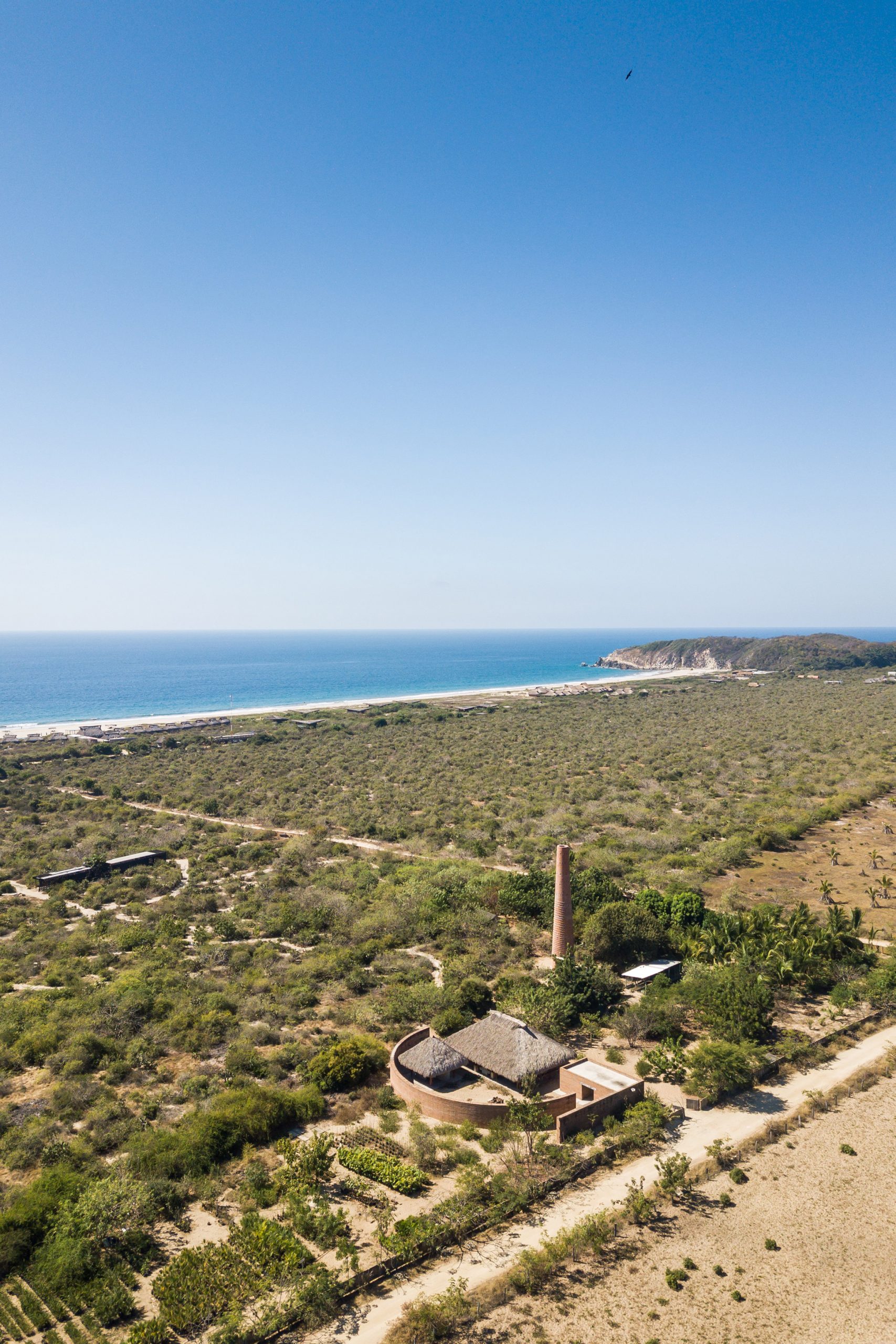 Siza, who is based in Porto, Portugal, won the Pritzker Prize in 1992. He has designed many buildings around the world including Capela do Monte chapel in Portugal’s Algarve region, a museum in Hangzhou, China and a white-concrete church in France.

One of his most well-known projects is Lisbon’s Expo’98 Portuguese National Pavilion, which he described as challenging in an interview with Dezeen in 2019.

Photography is by João Morgado.