Home/Jefferson by Luca Nichetto for Lodes

Jefferson by Luca Nichetto for Lodes 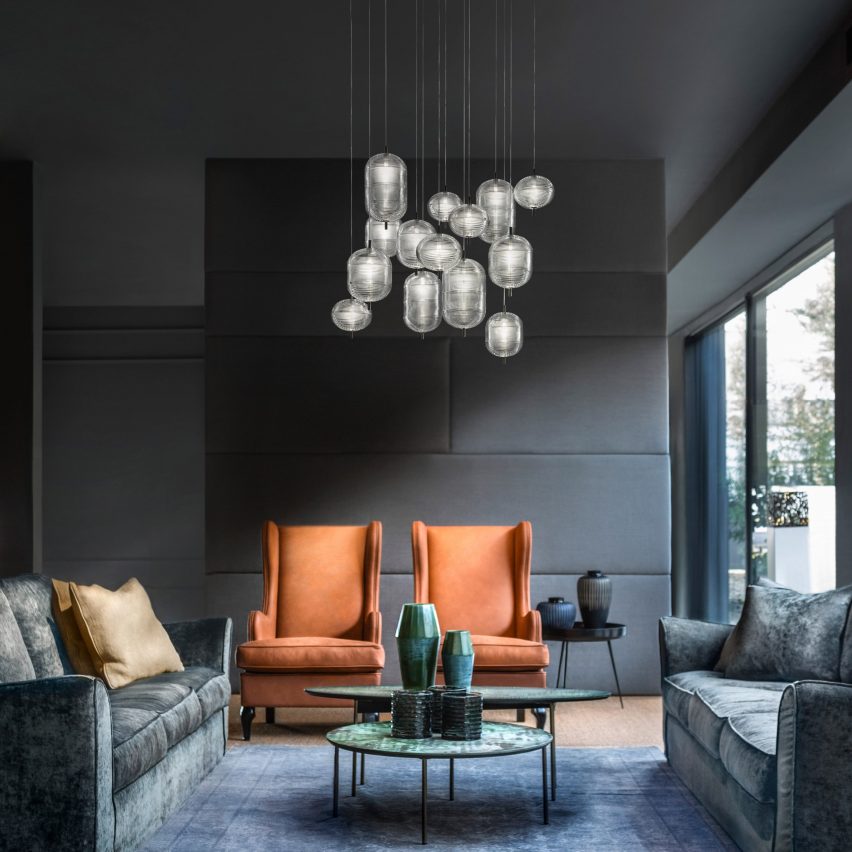 VDF products fair: Venice lighting brand Lodes is presenting the Jefferson glass pendant light, designed by Luca Nichetto, to coincide with the launch of its rebrand.

Lodes, which was previously known as Studio Italia Design, designed the statement Jefferson light in collaboration with Nichetto as a reference to the psychedelic art typical of the 1960s.

It is the first product presented by the brand under its new name and rebrand, which was developed to mark its 70th anniversary.

Jefferson is characterised by the rippled texture of the glass pendant, which Lodes describes as “kaleidoscopic and whirling chromatic patterns”, made from Bohemian crystal from the Czech Republic.

The pendants are available in three different sizes, all of which are suspended from thin cables and available for installation as singular or cluster lighting. This was developed to ensure the range is versatile and can be adapted to any interior space.

“Jefferson is a suspension lamp made in Bohemian crystal inspired by the visual arts of the 1960s,” said Lodes.

“The different dimensions of Jefferson and the possibility of cluster compositions offer endless customisation and adaptability, whilst adding a personal touch to different settings and interiors.”

The post Jefferson by Luca Nichetto for Lodes appeared first on Dezeen.