Home/Epiphyte Lab creates architecture “with empathy to all species”

Epiphyte Lab creates architecture “with empathy to all species” 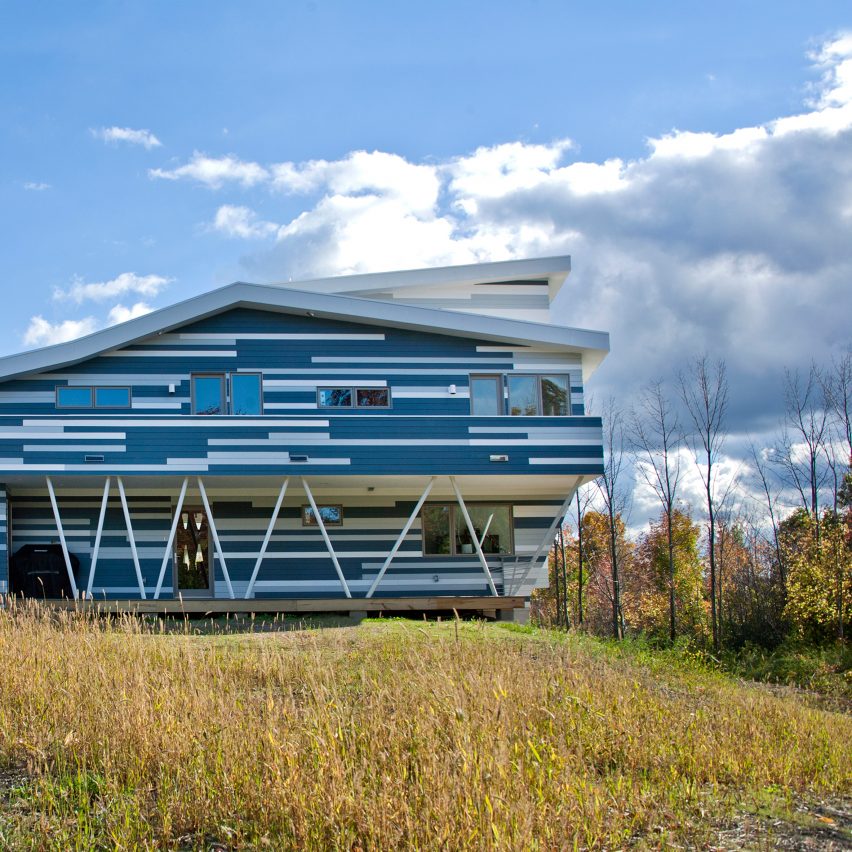 VDF studio profile: Epiphyte Lab is a Pittsburgh-based practice, which sees architecture as an inherent part of its surrounding ecology.

The studio’s work is based on cross-disciplinary collaboration and “operates between design and science” in order to incorporate research directly into the fabric of its buildings.

Dana Cupkova, an associate professor at the Carnegie Mellon School of Architecture, founded the firm in 2009 alongside her late collaborator Kevin Pratt, with the aim of creating architecture that “acts like an epiphyte”.

This refers to a type of plant that grows on other plants but does not feed on its nutrients like a parasite. Instead, it survives on the biological waste and surplus resources of the other plant while creating its own mini-ecosystem in the process.

Similarly, Epiphyte Lab aims to design buildings that are responsive to the “resources and energy flows” of its environment.

By making use of generative design as well as computer simulations and analysis, the studio works to conserve “finite and precious” material resources while creating buildings that are optimised to consume energy in the most efficient way.

“Architecture is fundamentally a part of planetary ecology and thus has to operate with empathy to all species,” the studio declared in its manifesto.

“We realize that the work we do, collectively, is more than the sum of our individual efforts, consequently we look to create open systems that can exist and evolve happily, beyond our ability of control.”

This approach can be seen in the studio’s Hsu House, which was completed in Upstate New York in 2010 and features a concrete mass wall, which is faceted to capture and transmit heat in the most efficient way.

The project is a passive solar family home, meaning it was designed with the building’s site and its climate in mind, harnessing them to naturally heat or cool the interior rather than relying on external electrical or mechanical equipment to make use of the sun’s energy.

Another of Epiphyte Lab’s completed projects is the interior of a Thai restaurant in Pittsburg called Senyai, for which the practice was awarded The American Architecture Prize and LIT Lighting Design Award in 2017.

The ceiling of the space is covered in 275 unique slats, arranged to create acoustic privacy through a series of vaulted zones while playing with the natural light of the space.

Among the studio’s research projects is a proposal to clad Eastern European housing blocks in a secondary facade, or “green negligee”, to house local flora and fauna as well as camouflaged energy-harvesting devices.

Similarly, the M_House System concept is a prefabricated, M-shaped residence, with a central dip in the roof to enable water capture and snow collection for insulating purposes.

The design is based on a parametric model and can be reconfigured and adapted to the building’s environment.

In recognition of the studio’s work to create more ecologically in-tune architecture, Epiphyte Lab was named the Next Progressives design practice in 2018 by the American Institute of Architects’ Architect Magazine.

Virtual Design Festival is the world’s first online design festival, taking place from 15 April to 30 June. For more information, or to be added to the mailing list, contact us at vdf@dezeen.com.

A studio profile on Virtual Design Festival could expose your work to Dezeen’s three million monthly website visitors. Each studio profile will be featured on the VDF homepage and included in Dezeen’s daily newsletter, which has 170,000 subscribers

The post Epiphyte Lab creates architecture “with empathy to all species” appeared first on Dezeen.