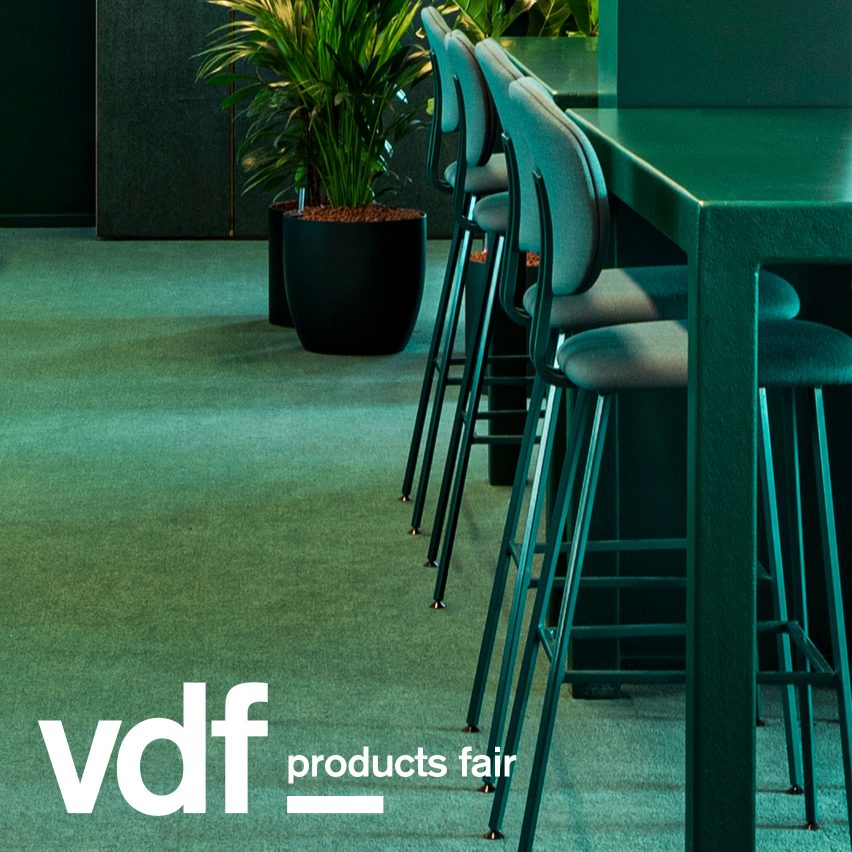 The showcase forms part of our VDF x Lensvelt collaboration taking place this week. Earlier today, we broadcast a series of live talks with the brand and its collaborators, including discussions with Baas and Novembre. A further seven Lensvelt products will be exhibited at the products fair later in the week.

The first product Lensvelt is showcasing is its 101 Chair designed by Baas. First released in 2017 at the Salone del Mobile furniture fair in Milan, the chair is celebrated for its character and versatility.

Users can choose from a choice of eight amorphous backrests that each have a playful, hand-drawn aesthetic, as well as different frame styles such as a stackable model and a barstool edition.

Fabio Novembre’s modular New Balance sofa collection, which is intended to serve as a metaphor “for the uncertainties of our time”, is also on show.

It comprises a series of modular seats, characterised by sloped bodies with uneven legs, which can be combined in various configurations. Small tables with level surfaces slot in between, helping to exaggerate the unbalanced appearance.

The final product in today’s showcase is Lensvelt’s Job Cabinet, which was designed by Studio Job with a deliberately understated form intended to evoke classic metal storage cupboards.

It is intended for use in commercial and home interiors, and its only embellishment is an oversized golden key that the brand compares to playful, exaggerated objects in fairytales.

Find out more information about all three products at the VDF products fair, which has been developed as an affordable way for designers and brands to launch new products.

Other companies exhibiting products at the fair include Danish brands Muuto and Fritz Hansen, as well as British brand Modus and US brand Herman Miller.

More recently Vitra presented four of its latest products, including designs by Jasper Morrison, Konstantin Grcic and the Bouroullec brothers.