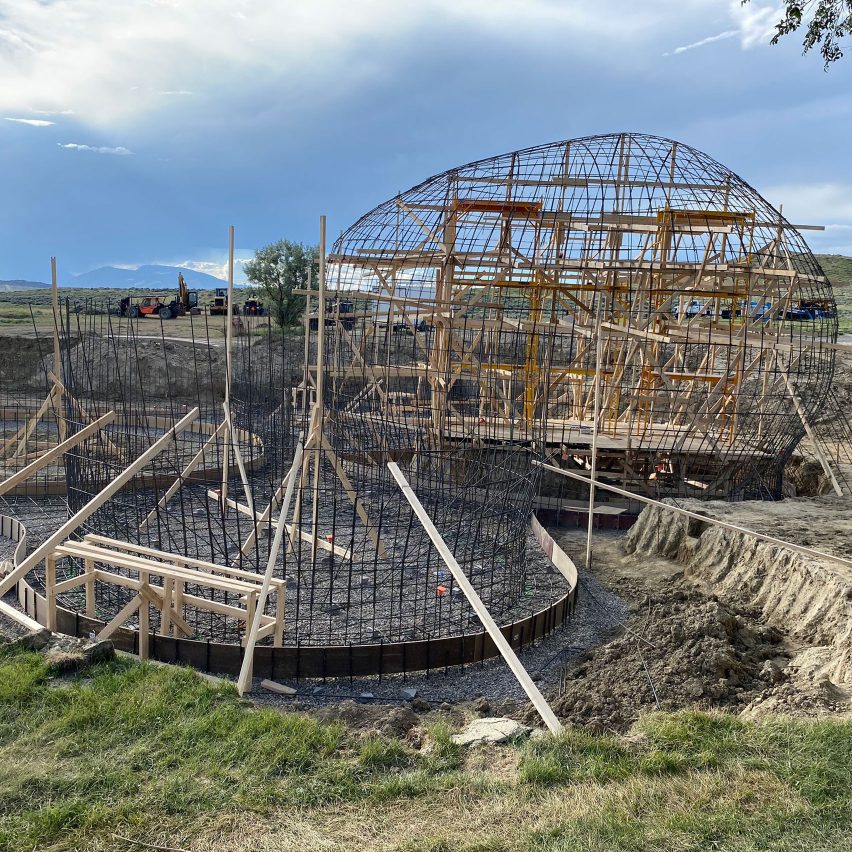 American musician, producer and designer Kanye West has revealed a photo showing that the latest prototype for his low-cost housing for the homeless is under construction.

Described in the caption as YZY shelters, they appear to be the latest prototypes of the prefabricated affordable housing, which would be the musician’s first foray into architecture.

The image shows the latest mock-up of West’s project, which follows a series of wood-lattice structures that he built on his property in California late last year.

These structures were demolished following reports that the musician failed to secure a building permit for them.

The YZY shelters will possibly be the first project from the architecture arm of West’s Yeezy label, Yeezy Home, which he launched in 2018.

“We’re looking for architects and industrial designers who want to make the world better,” West said at the time.

West revealed he intended to create low-income prefabricated housing or accommodation for homeless people in an interview with Forbes in July 2019.

He said he planned for the Yeezy Home units to take inspiration from the Star Wars films and might be used as underground homeless housing.

The news comes amid a wave of announcements from West, including his ambitions to run for US president.

Last month, he revealed his fashion company is collaborating with American brand Gap on a Yeezy Gap clothing line, fulfilling a longtime ambition for the designer, who said he wanted to be the “Steve Jobs of the Gap” in a 2015 interview.

The 10-year deal will involve Yeezy-designed apparel for men, women and children being on sale in Gap’s stores and online website.