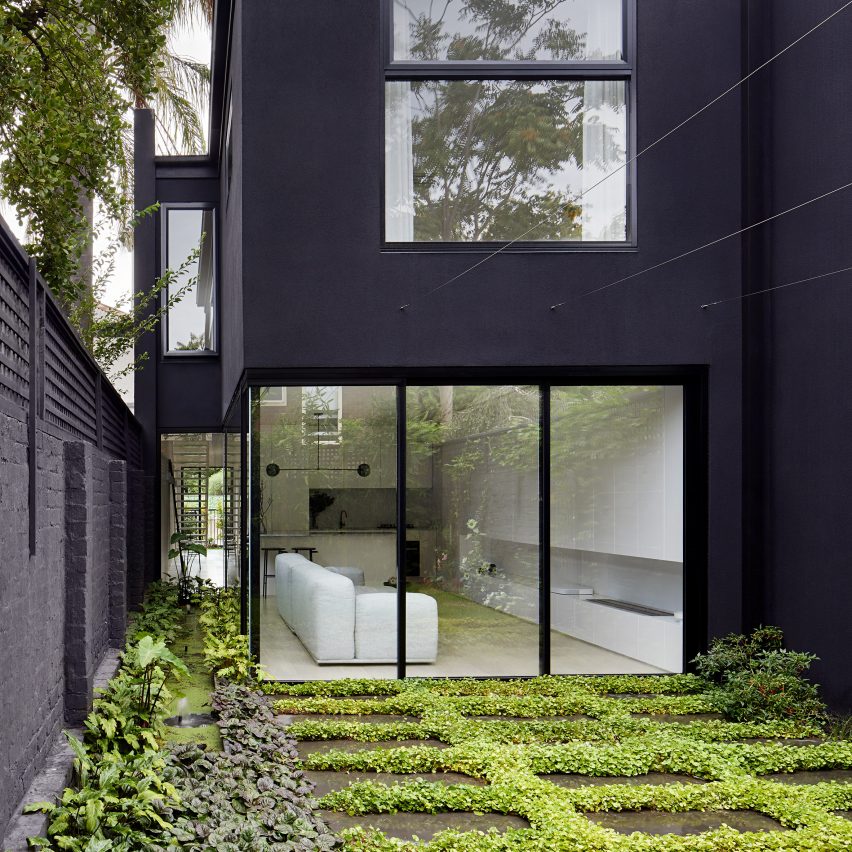 Beyond the black facade of this 1990s townhouse in Melbourne‘s South Yarra neighbourhood are a series of simple, white-painted living spaces designed by Winter Architecture.

The owners of the South Yarra Townhouse had come to dislike its visually busy interiors and instead wanted a minimalist home “where they wouldn’t see the operations of domestic family life”. 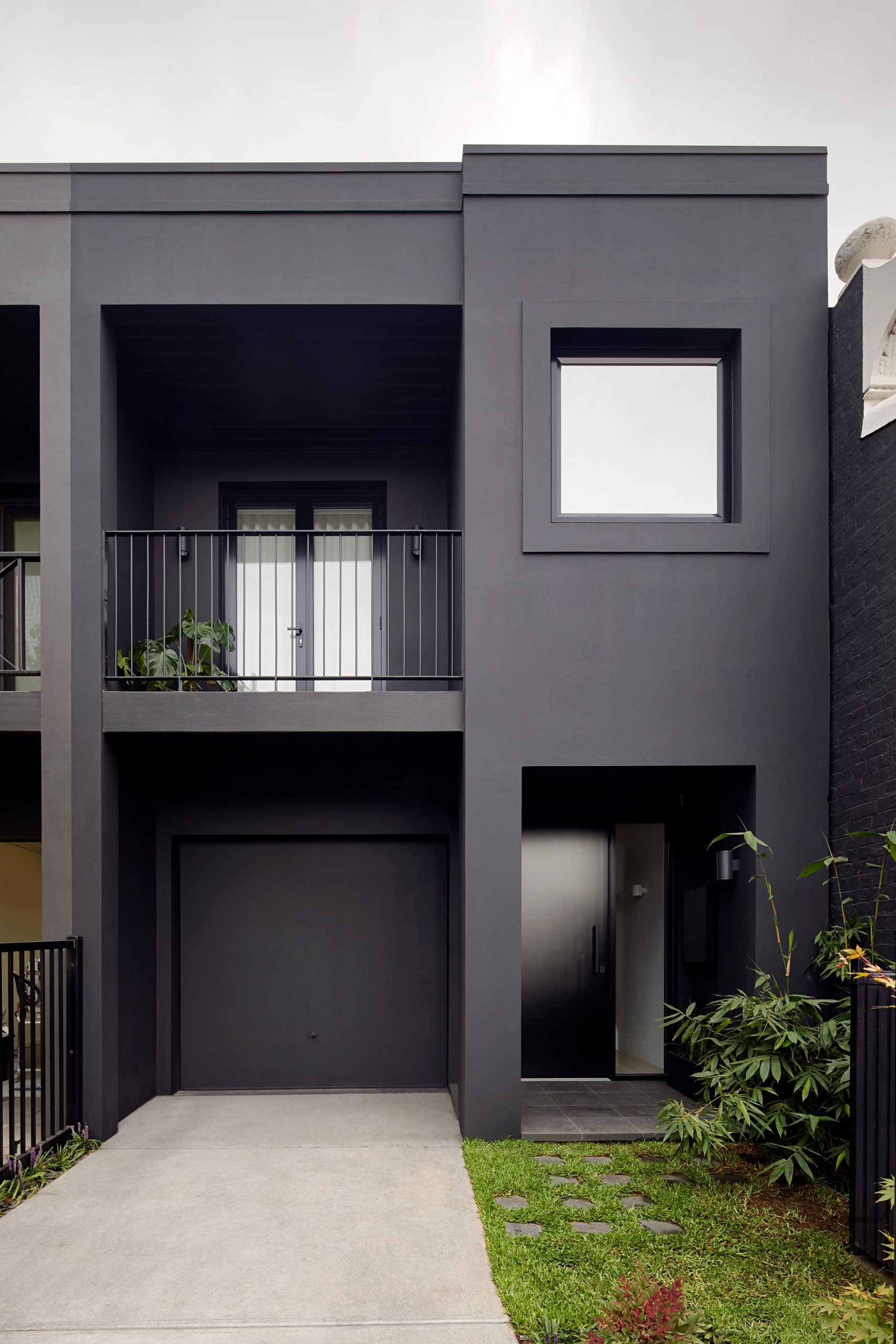 “Where functions stand-alone, materials are restrained, details are simple and the volumes afforded are celebrated,” the studio said. 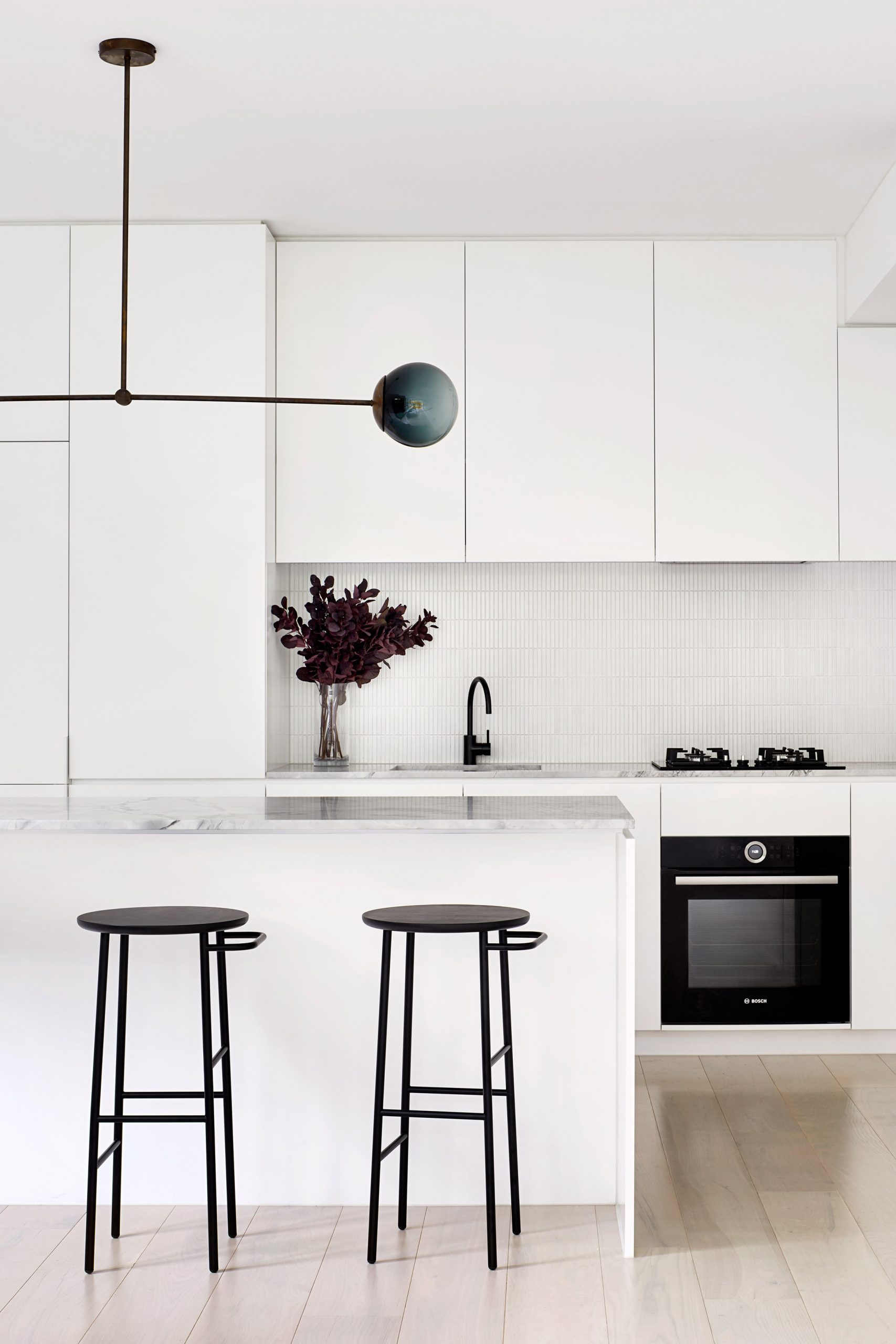 The studio first simplified the home’s facade, which had come to look like a “foreign object” amongst the other more polished-looking homes around the affluent South Yarra neighbourhood.

Black paint has been applied across the front and rear elevations, and all of the windows have been refitted with black window frames. A black-frame balustrade has also been set in front of the home’s first-floor balcony. 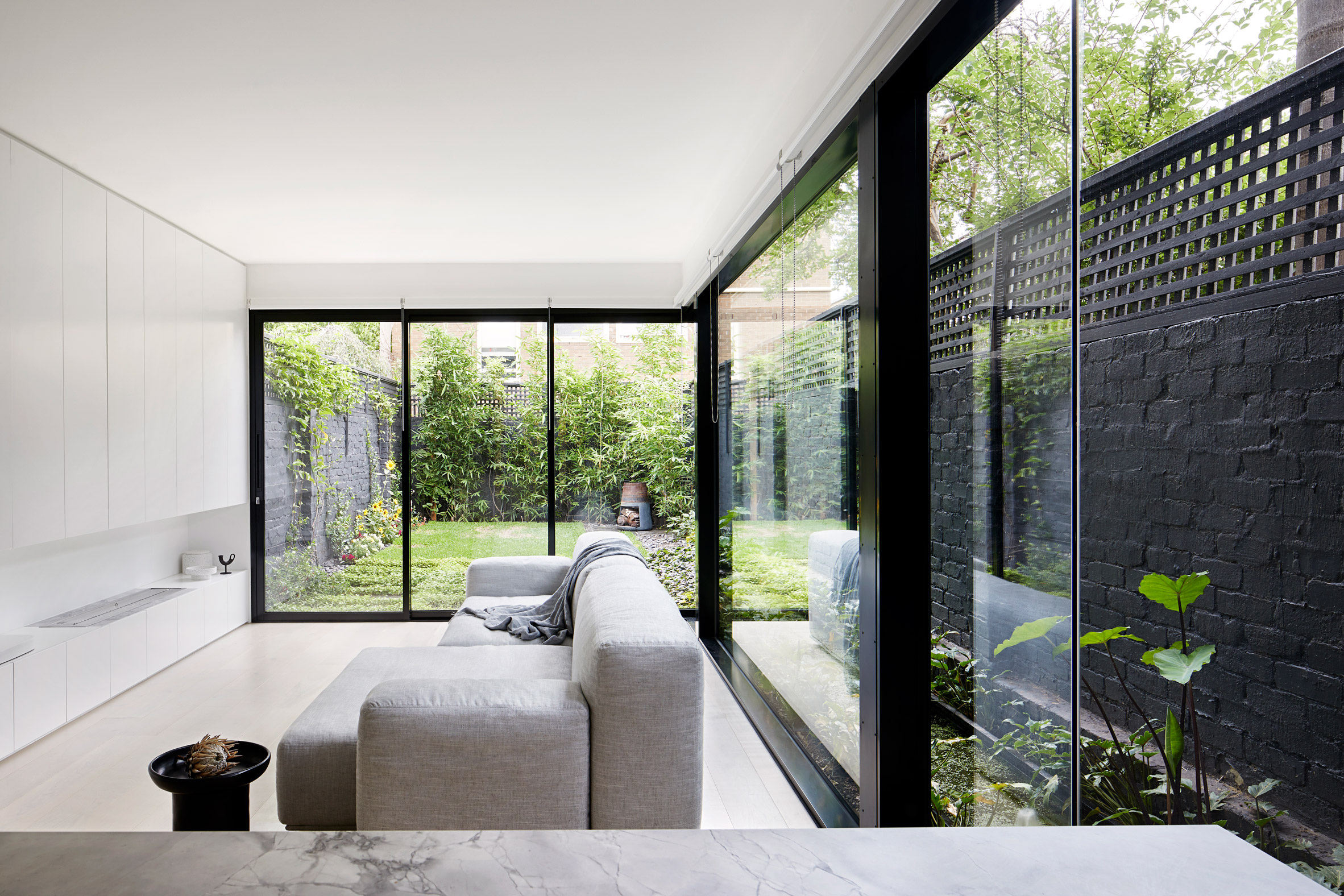 The home’s dark exterior was designed to serve as an “obvious antithesis” to its new bright interiors.

Dull avocado-coloured cupboards that once dominated the kitchen have been swapped for plain white cabinetry, complemented by a white-tile splashback. 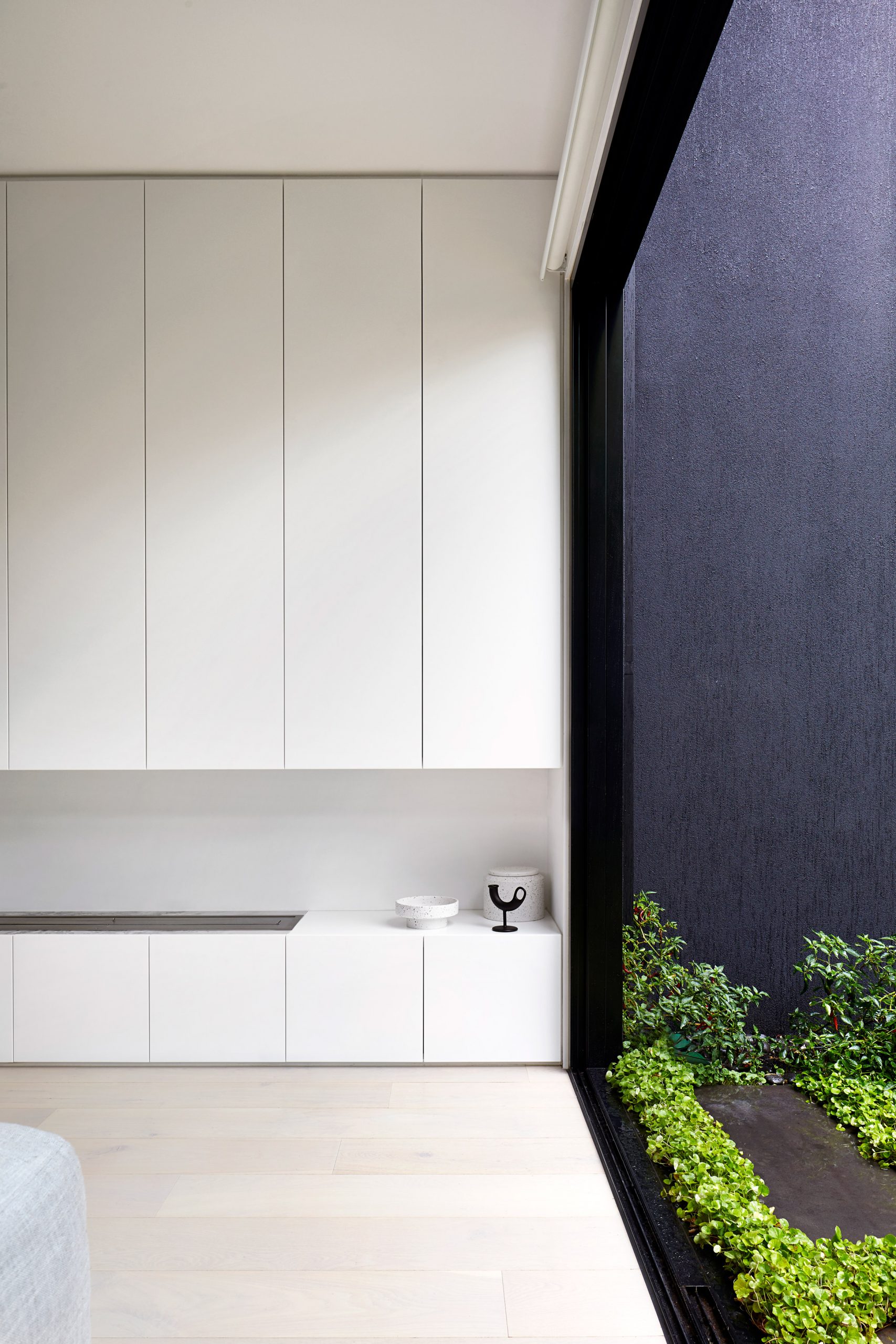 A slab of pale marble tops the breakfast island. The studio included this so that the inhabitants would have a spot to sit and enjoy meals, dismissing the need for the obtrusive dining table that previously sat in the living room.

The living room now only hosts a pale grey sofa and a couple of black side tables. A white storage unit has been installed in a peripheral wall where knick-knacks can be neatly tucked away.

A long white sideboard runs directly underneath, should the inhabitants want to display any ornaments. 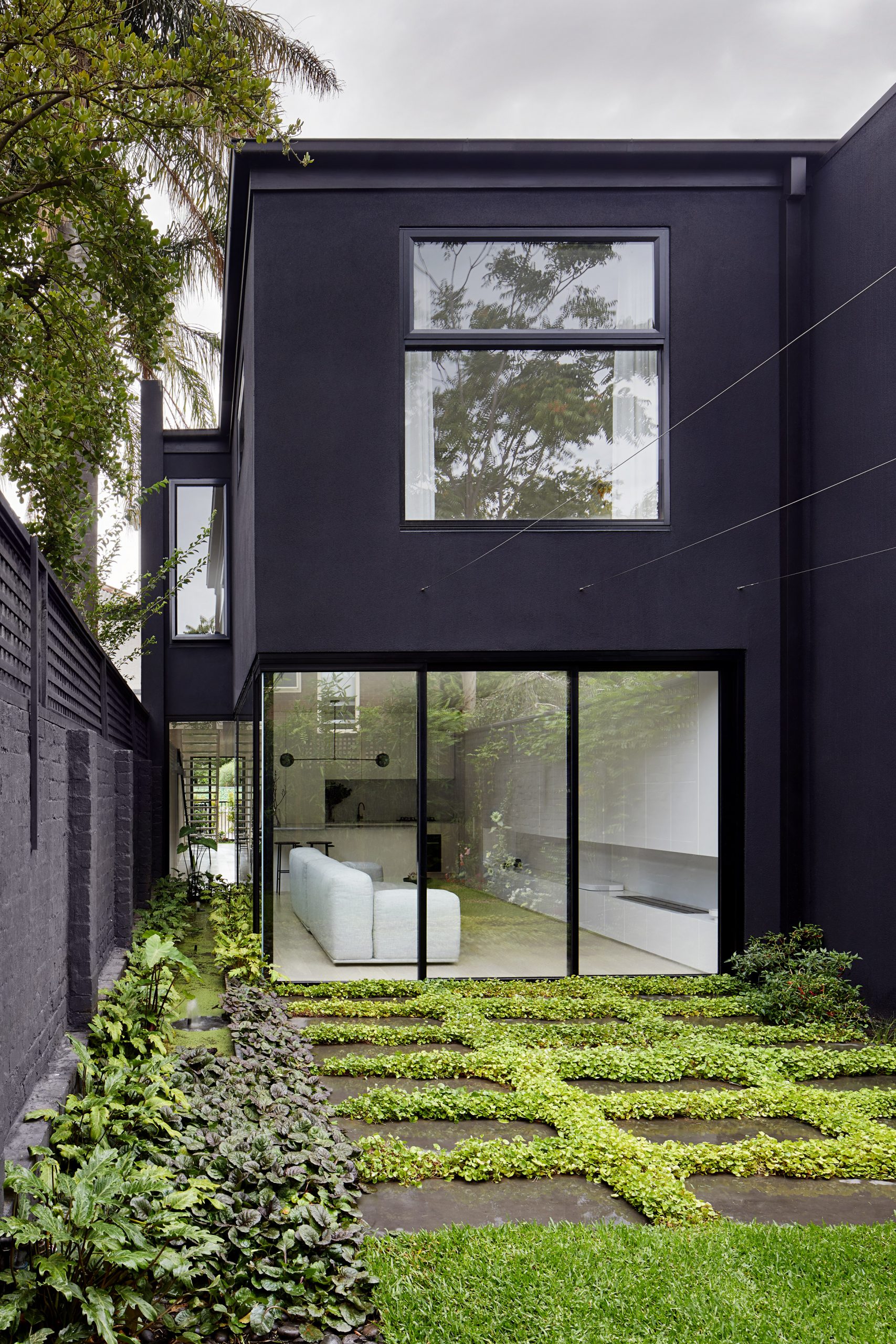 Expansive panes of glass have been added to the front of the room to allow for uncompromised views of the pond and landscaped garden, which has been finished with black-painted brick walls and trellis panels.

“Windows are carefully framing the garden, sky and water so that, even on a wet, dark day, you still feel light inside,” explained the studio. 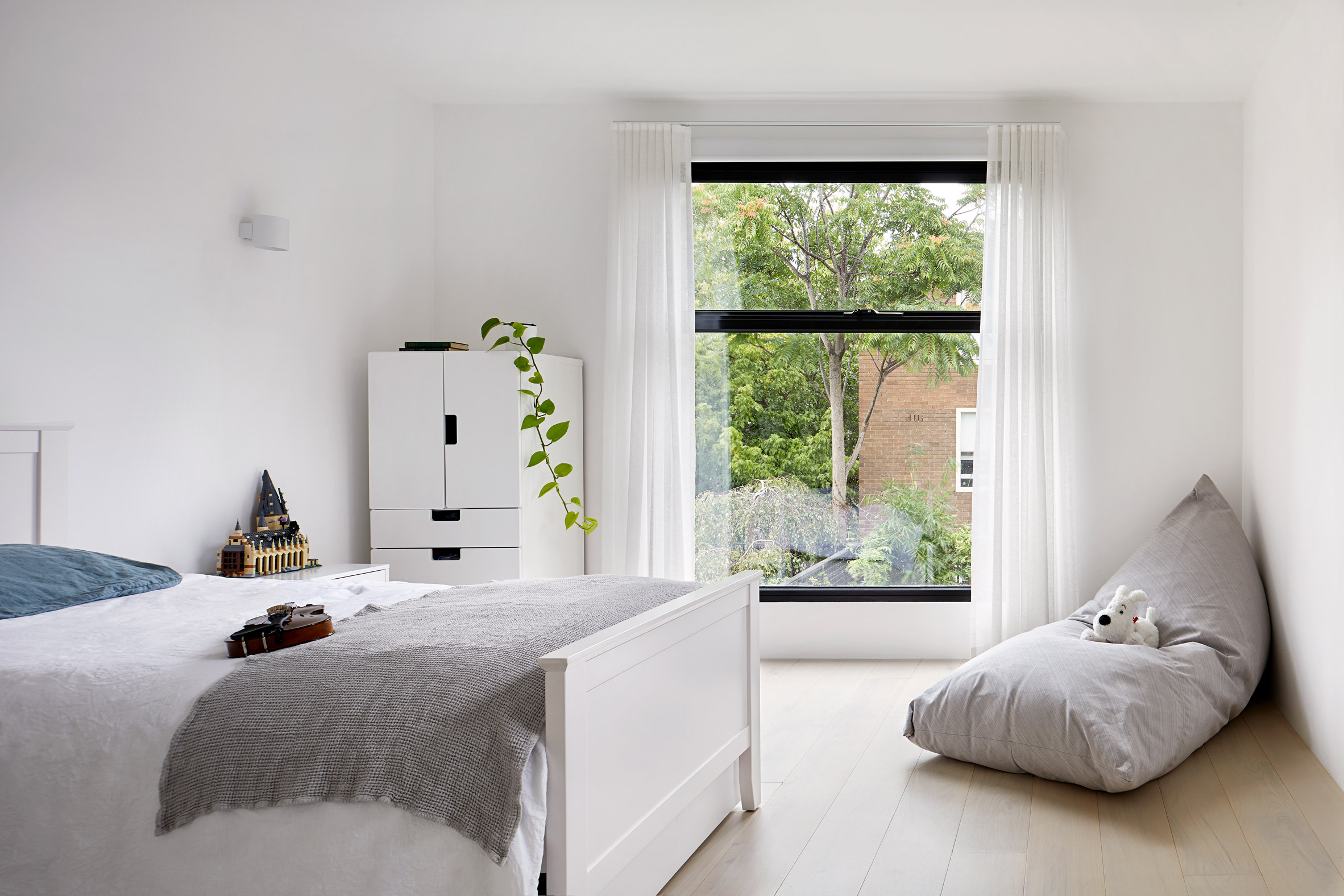 Clean white surfaces continue upstairs to the first floor of the home. Textural interest has been created in the bathrooms, where exposed-aggregate grey tiles line the shower cubicles and bathtubs.

Hardware like the towels rails and taps are made from gold-hued brass. 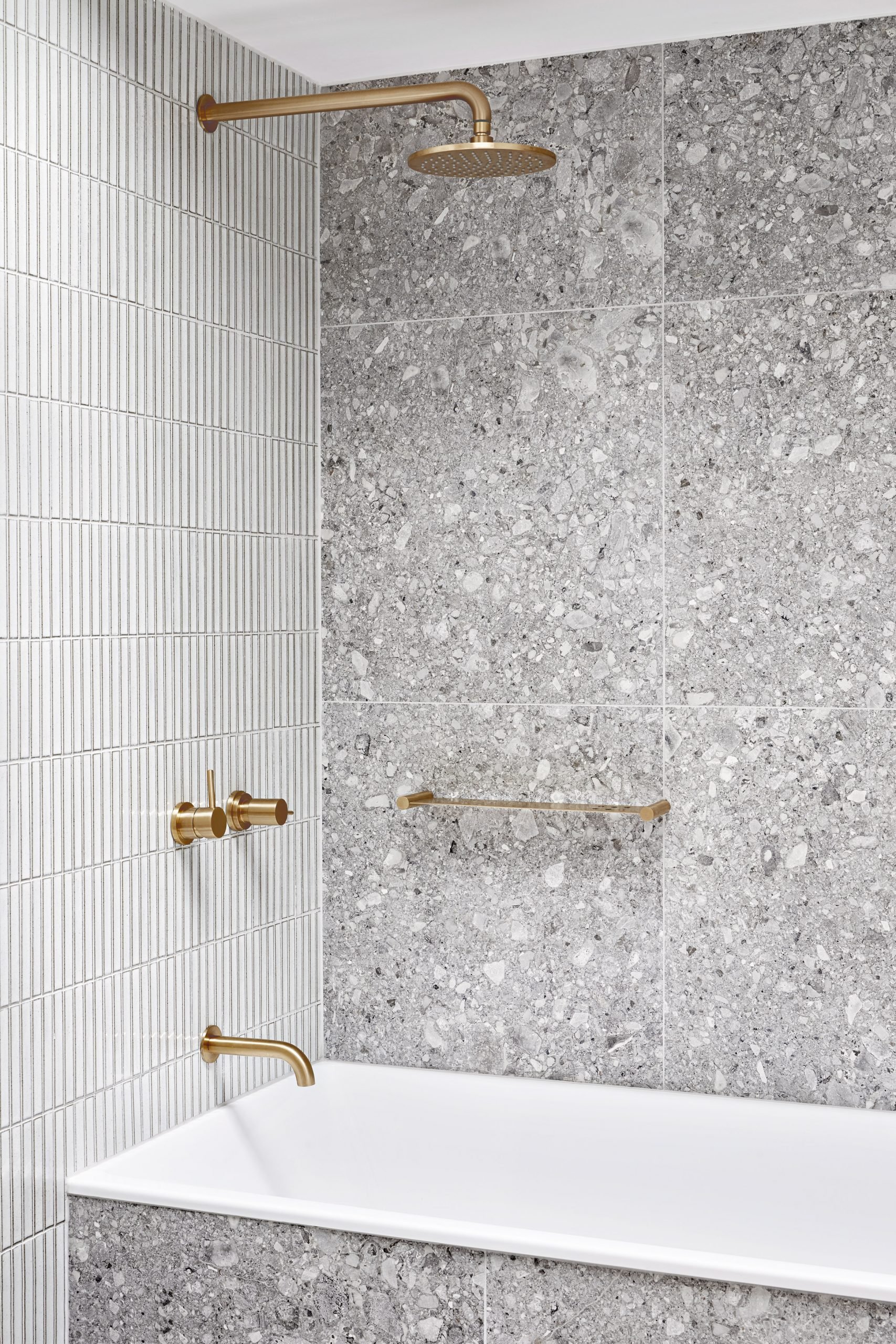 The studio partially extended the master bedroom into the hallway to allow room for a walk-in-wardrobe. Remaining space in the hallway has been made to accommodate a small study, which features a timber desk extending from the wall.

As inhabitants work they can overlook the home’s lightwell, which has been planted with a single silver birch tree. 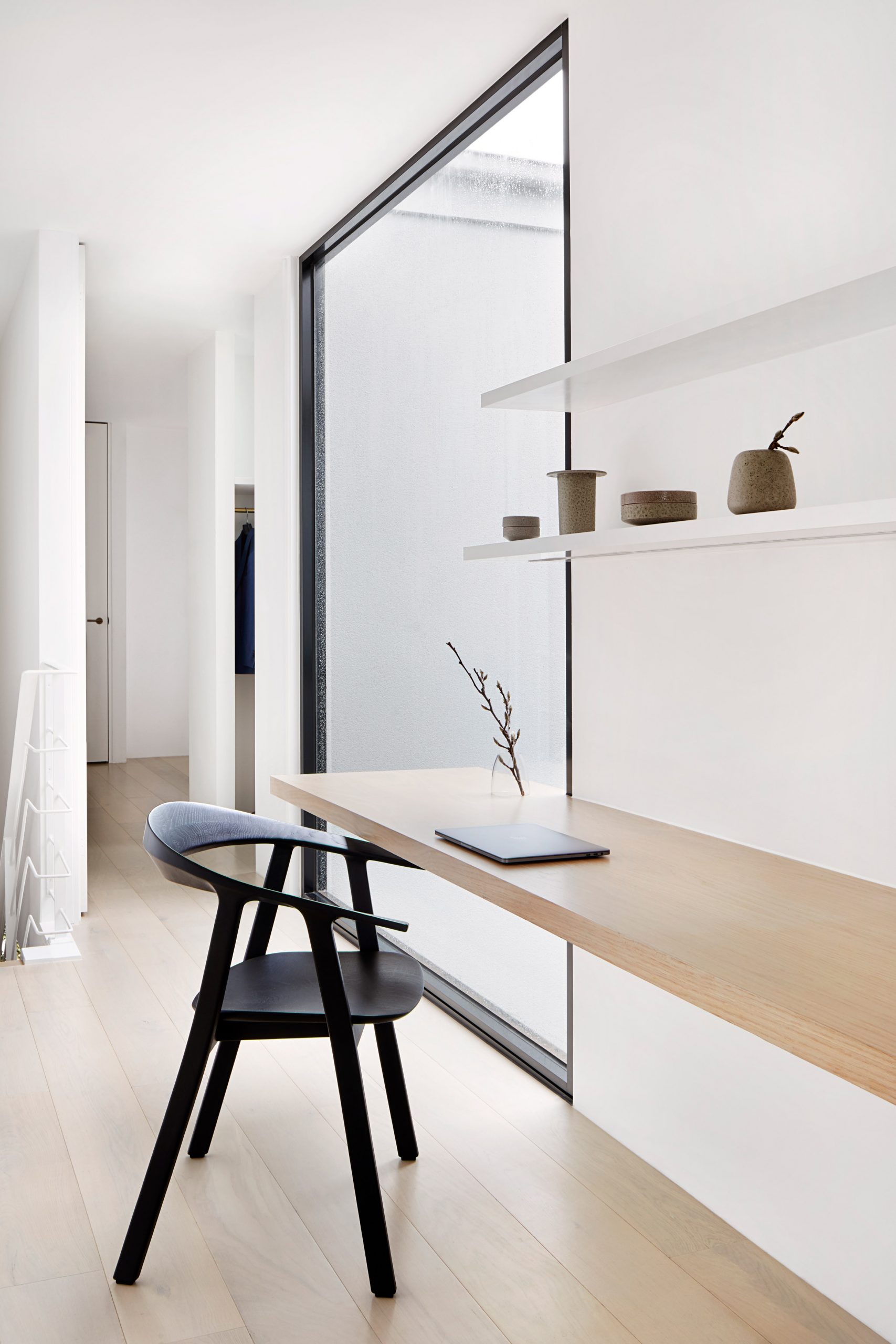 Winter Architecture is led by Jean Graham and has offices in Melbourne’s Fitzroy and Torquay neighbourhoods. In 2019, the practice teamed up with Zunica Interior Architecture to transform a heritage-listed cricket pavilion into a community hub.

Last year also saw Winter Architecture longlisted for the emerging architect of the year category in the Dezeen Awards.

Photography is by Tatjana Plitt.