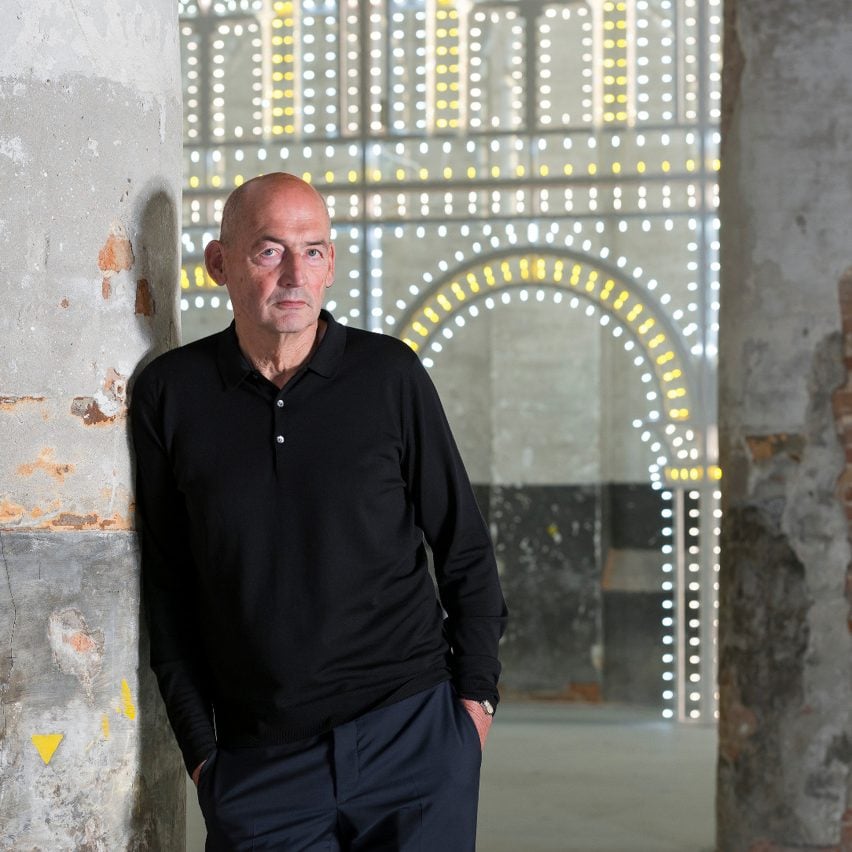 The money governments have committed to supporting economies hit by coronavirus could instead solve climate change, according to architect Rem Koolhaas.

The sums involved are “clearly enough to settle that issue,” he said.

However, the Dutch architect said he believes the world will quickly try to revert to how it was before the pandemic, predicting “enormous pressure” for a return to normality.

“I haven’t seen a lot of action”

“Somehow politicians were able to act with a degree of coherence, but also mobilise enormous, unbelievable amounts of money,” said the architect of the way governments around the world have responded to the pandemic.

“And if you look at our greatest urgency, which is probably global warming, and you know that basically the amount of money that they have now mobilised is clearly enough to settle that issue,” added Koolhaas, who heads Dutch architect OMA.

“And I’m wondering what we can contribute in terms of claiming part of that money for that kind of purpose,” he said. “And I haven’t seen a lot of action either in our profession or in the political domain.”

In May, the International Montetary Fund estimated that governments had committed $9 trillion in fiscal measures to fight Covid-19 and its impact on economies.

Last year, the United Nations calculated that keeping global temperature rises below the 1.5° C would cost between $1.6 trillion and 3.8 trillion per year.

“Enormous pressure” to get things back to normal

Koolhaas made the statement during a discussion with OMA managing partner David Gianotten and Studio Mumbai founder Bijoy Jain that was screened as part of Virtual Design Festival.

The discussion was part of a series of conversations that brought together architects who have designed the annual MPavilion commission in Melbourne, Australia.

Koolhaas added that he disagreed with people who think that the pandemic will lead to permanent change.

“I am personally sceptical of all of us saying that things will never be the same and things will be extremely different,” he said. “I think there will be enormous pressure on things returning back to normal.”

Koolhaas, regarded as one of the world’s most influential architects, contrasted the celebrations of Remembrance Day and Liberation Day in Amsterdam in May with the more recent Black Lives Matter protests in the city.

The first, held every year on 4 and 5 May to mark those who died in wars and the date the Netherlands was liberated from Nazi occupation, were held in empty public spaces during lockdown.

By contrast, the latter saw thousands of people pour into the streets in defiance of coronavirus-imposed restrictions.

“Suddenly, the same square was completely inundated with people,” Koolhaas said. “And there was even a scandal that they didn’t maintain the one metre 50 distance. So in a very short time, we had two completely opposite events.”

“The second one seems to really indicate that the whole idea of things changing drastically through corona is simply partly wishful thinking,” he added.

His views contrast with those of Dutch trend forecaster Li Edelkoort, who earlier this year told Dezeen she felt the pandemic would act as a “blank page for a new beginning”.

Edelkoort said she was hopeful the virus would lead to “another and better system to be put in place with more respect for human labour and conditions.”