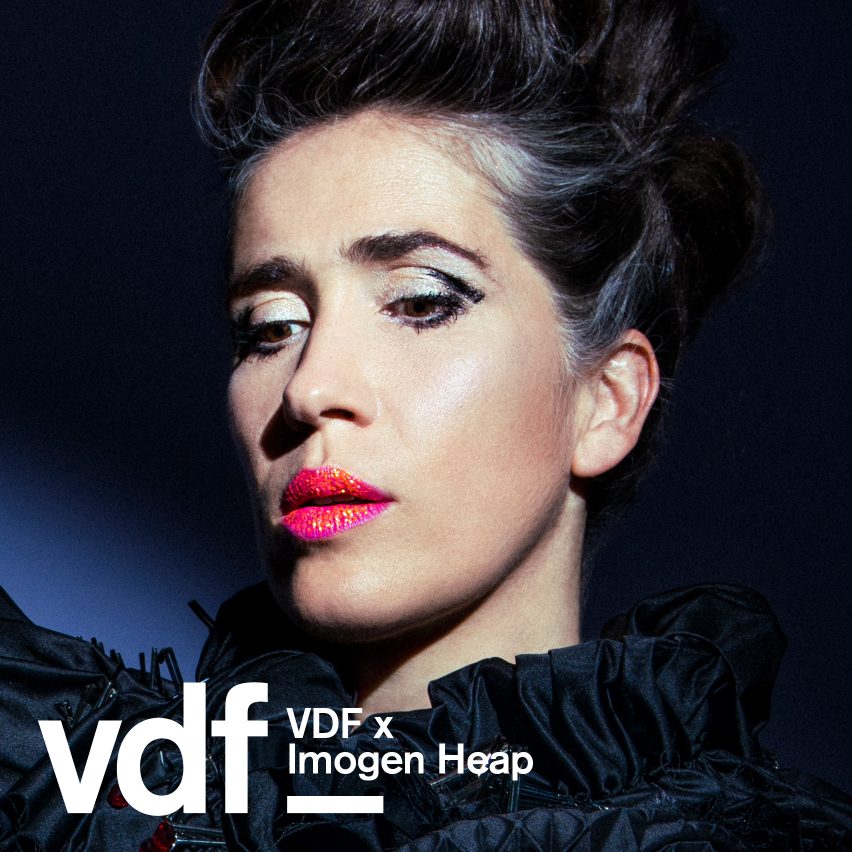 Imogen Heap speaks to Dezeen live and shares a homemade music video in the first part of Virtual Design Festival’s collaboration with the musician today.

Heap spoke to Dezeen’s founder and editor-in-chief Marcus Fairs about her music and innovations in music technology in the live Screentime discussion, and shared a video of a special lockdown performance of her song First Train Home.

The stream is the first in a two-part collaboration with the musician, and is be followed by a live performance by Heap at 6:30pm UK time to close the festival, which has been running since 15 April.

Heap has been operating as a composer and recording artist since the 1990s, during which time she has appeared as part of electronic music duo Frou Frou, composed the soundtrack for blockbuster play Harry Potter and the Cursed Child, and had her hit song Hide and Seek feature in American teen soap The O.C. as well as in an ensuing parody on Saturday Night Live.

In her recent career, she has become synonymous with developing technical inventions for musicians.

During the interview, Heap will be sitting in the ‘Listening Chair,’ a tech-laden chair installed in her studio in which she has been conducting live question-and-answer sessions with her fans during lockdown.

The singer and producer has been using the content of these sessions to develop an artificial intelligence tool named A-Imogen, which draws on her answers to questions about herself and her work to create an artificial version of herself that will be able to communicate with her fans.

Heap is also currently developing the Creative Passport, a digital ID for musicians that will allow them to update, manage and control information about themselves and their works.

In 2014, Dezeen made a Webby Award-winning film about Heap’s Mi.Mu gloves, a piece of wearable tech that allows musicians to create and control music software using hand gestures.

The gloves were created to allow electronic musicians to generate music in an expressive manner instead of using their laptops, pressing buttons and twiddling dials.

Heap will use the gloves in her live performance, as well as playing the piano, signing and using collaborative music app Endless to jam with other music makers around the world.

Virtual Design Festival ran from 15 April to 10 July 2020. It brings the architecture and design world together to celebrate the culture and commerce of our industry, and explore how it can adapt and respond to extraordinary circumstances.