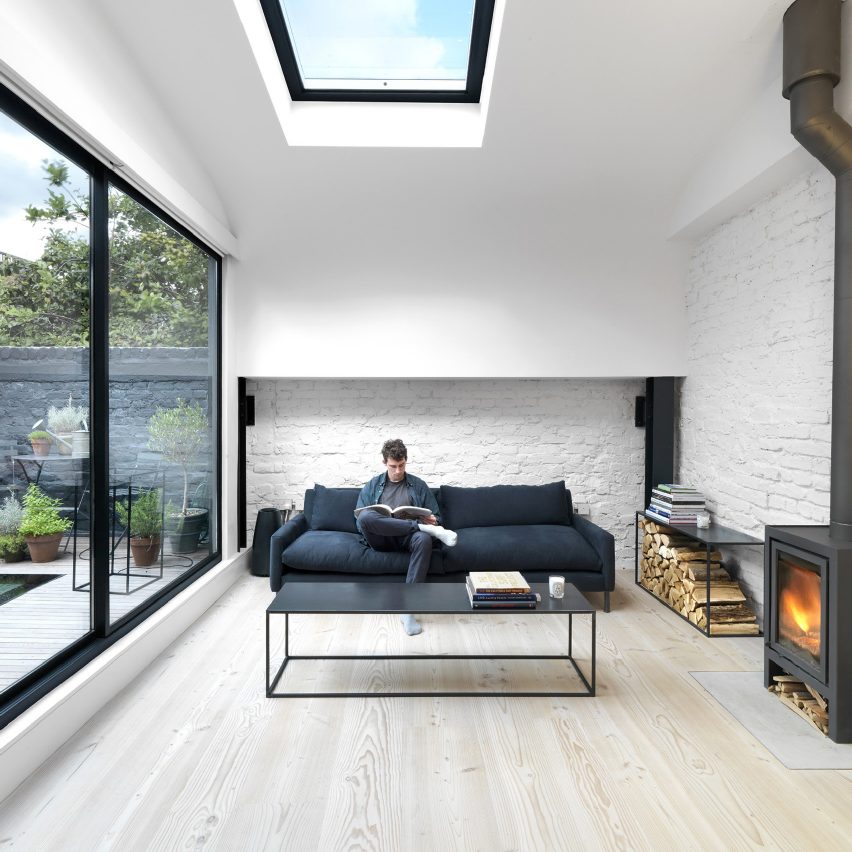 The mews lanes behind London‘s main streets that once contained stables and outhouses now contain homes and shops. Here are 10 of the city’s most interesting modern mews houses. 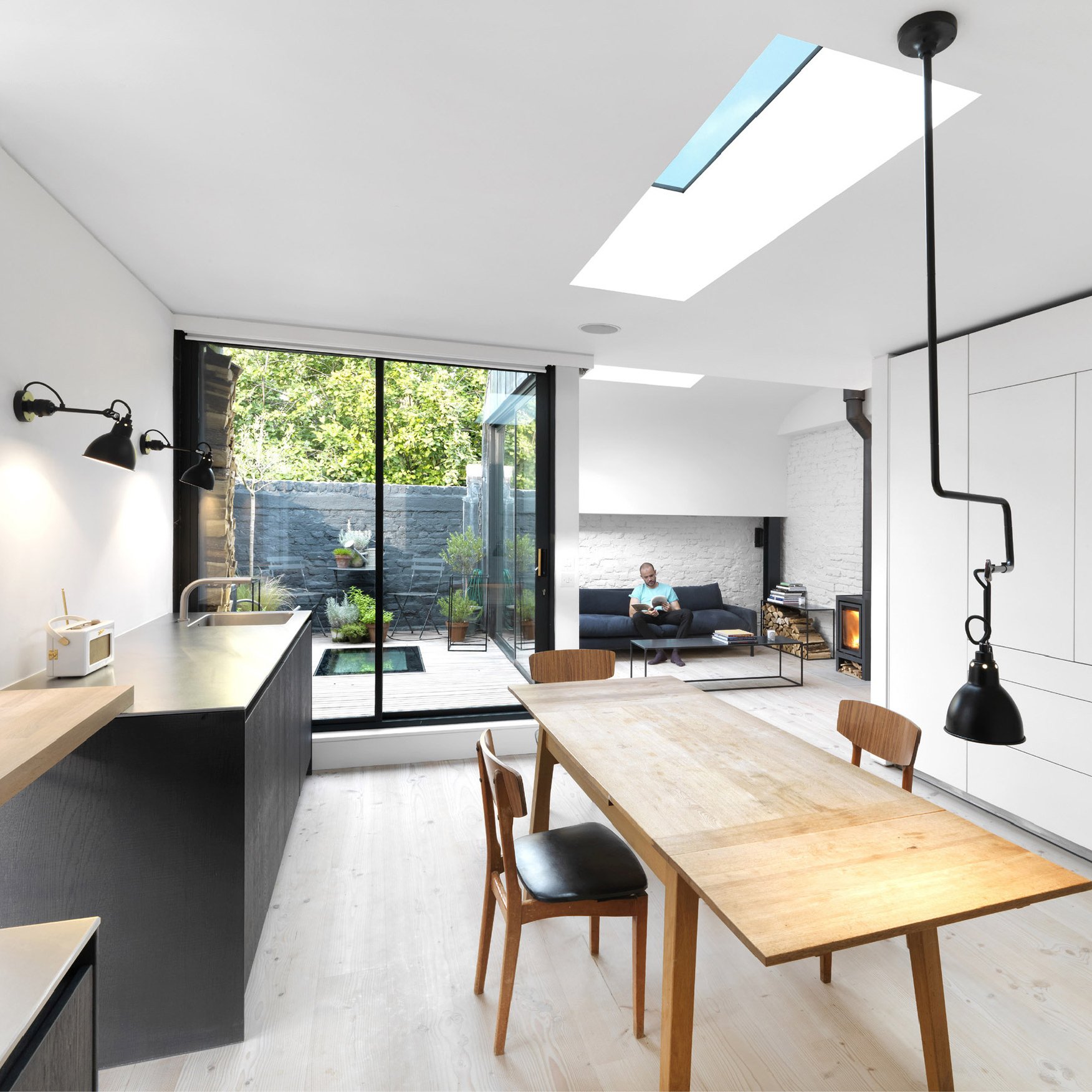 Threefold Architects renovated this Victorian mews house in Primrose Hill to reinstate some of the building’s original details and reorganise its muddled layout.

Throughout the home, stark white walls are paired with blackened metal to create a series of monochrome interiors. 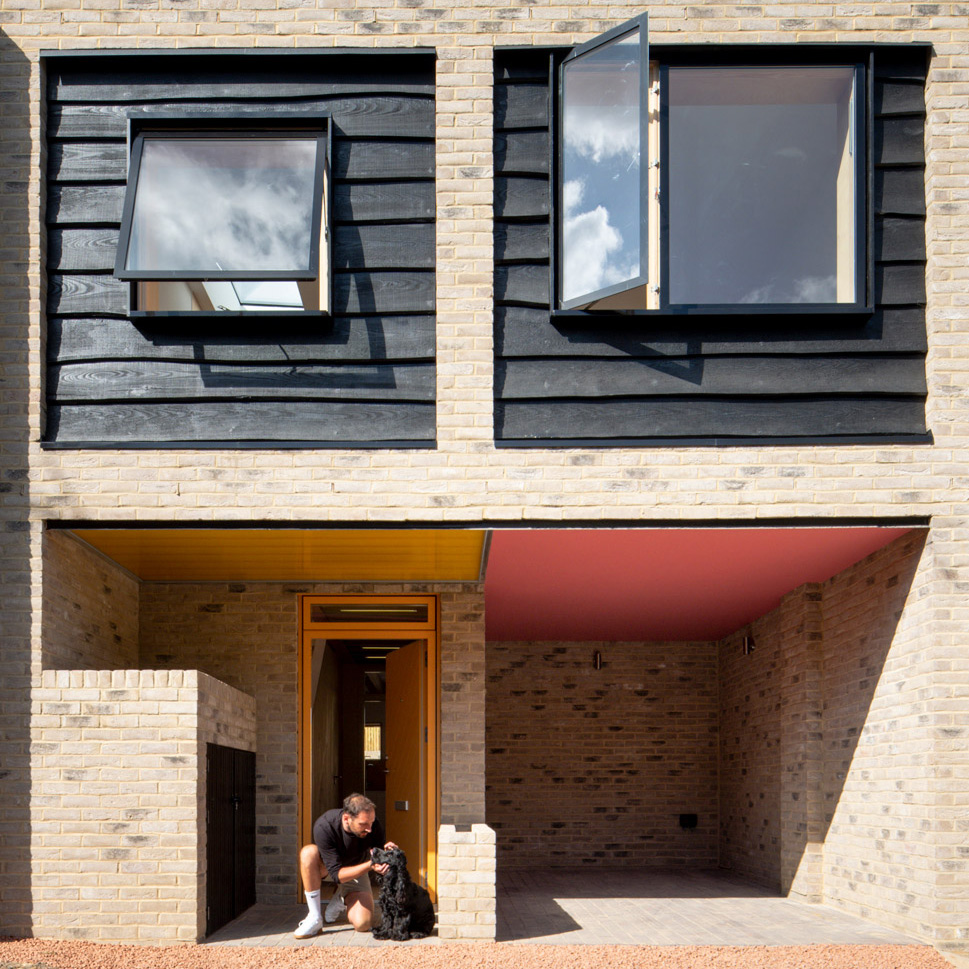 Cottrell and Vermeulen Architecture replaced a double garage on Stories Mews in south London with this two-bedroom house. To create the home, the studio made use of materials found on the existing garages and sheds in the mews, before adding pops of colour.

“Our project aimed to take inspiration from some of the earlier projects and we were happy to work with a simple palette of brick and timber: the materials of garages and sheds,” explained Cottrell and Vermeulen Architecture co-founder Richard Cottrell. 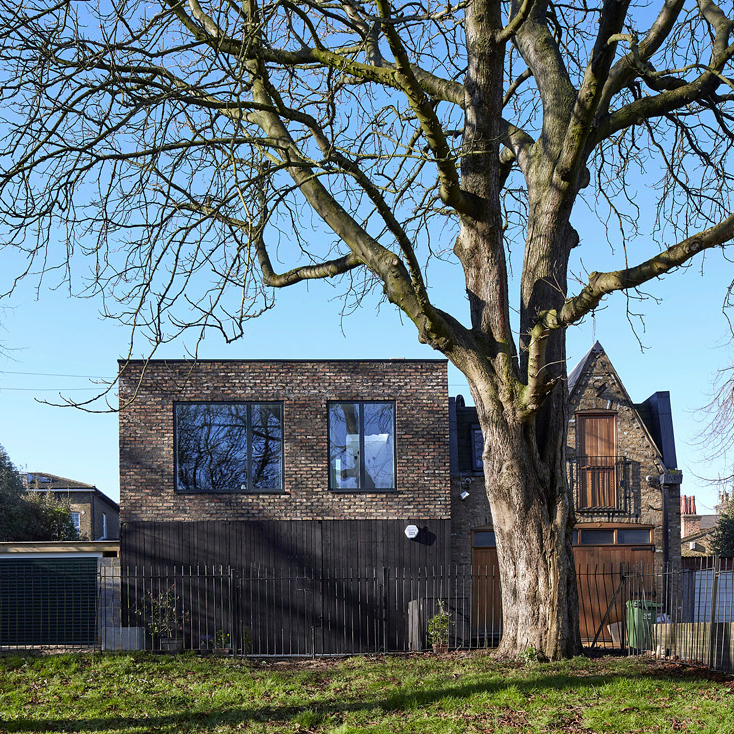 SAM Architects also designed a small house on Stories Mews in south London. The compact, three-storey home is fronted with a facade that combines 150-year-old bricks with charred timber.

The seven-metre-wide home has a lounge area on the ground floor, concealed from the exterior behind folding doors that open onto out the mews. It also contains two bedrooms on the floor above and a guest room, study and utility room in the basement. 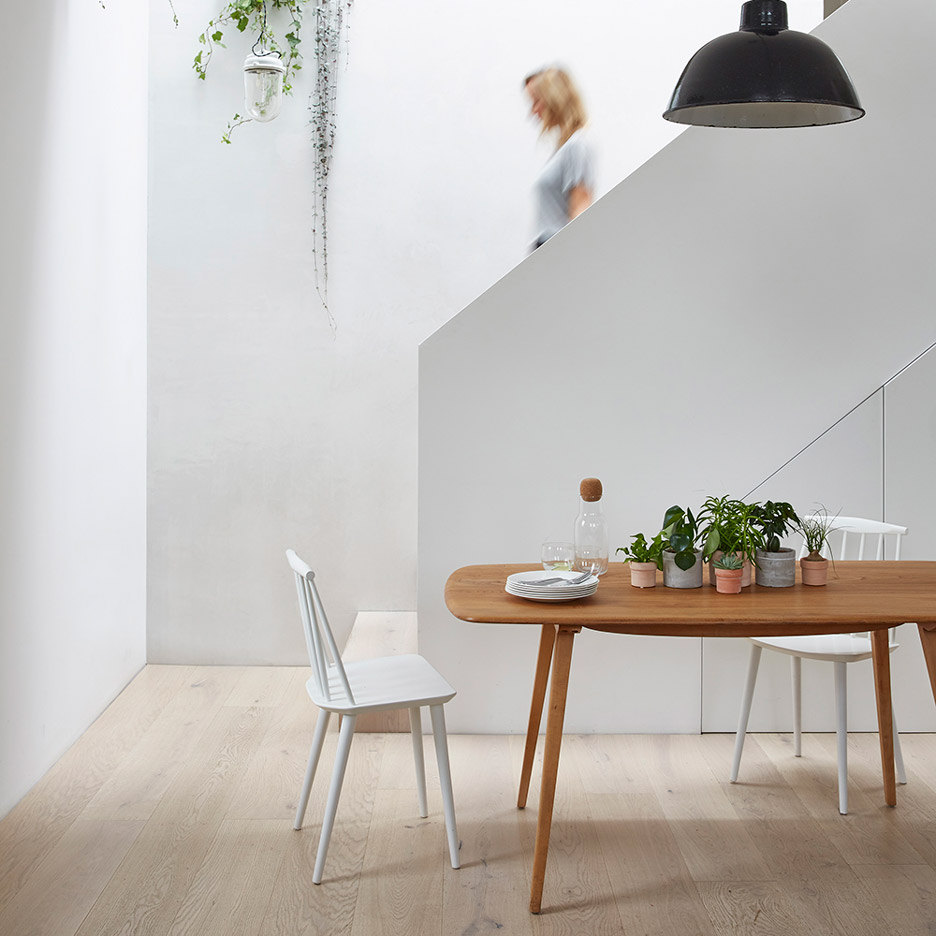 This two-bedroom mews house near Broadway Market in Hackney incorporates folding walls, mirrors and hidden storage to make the most of the compact space.

Hutch Design also added a side extension, rotated the staircase by 90 degrees and placed a full-width roof light above it to make the interior spaces bright and airy. 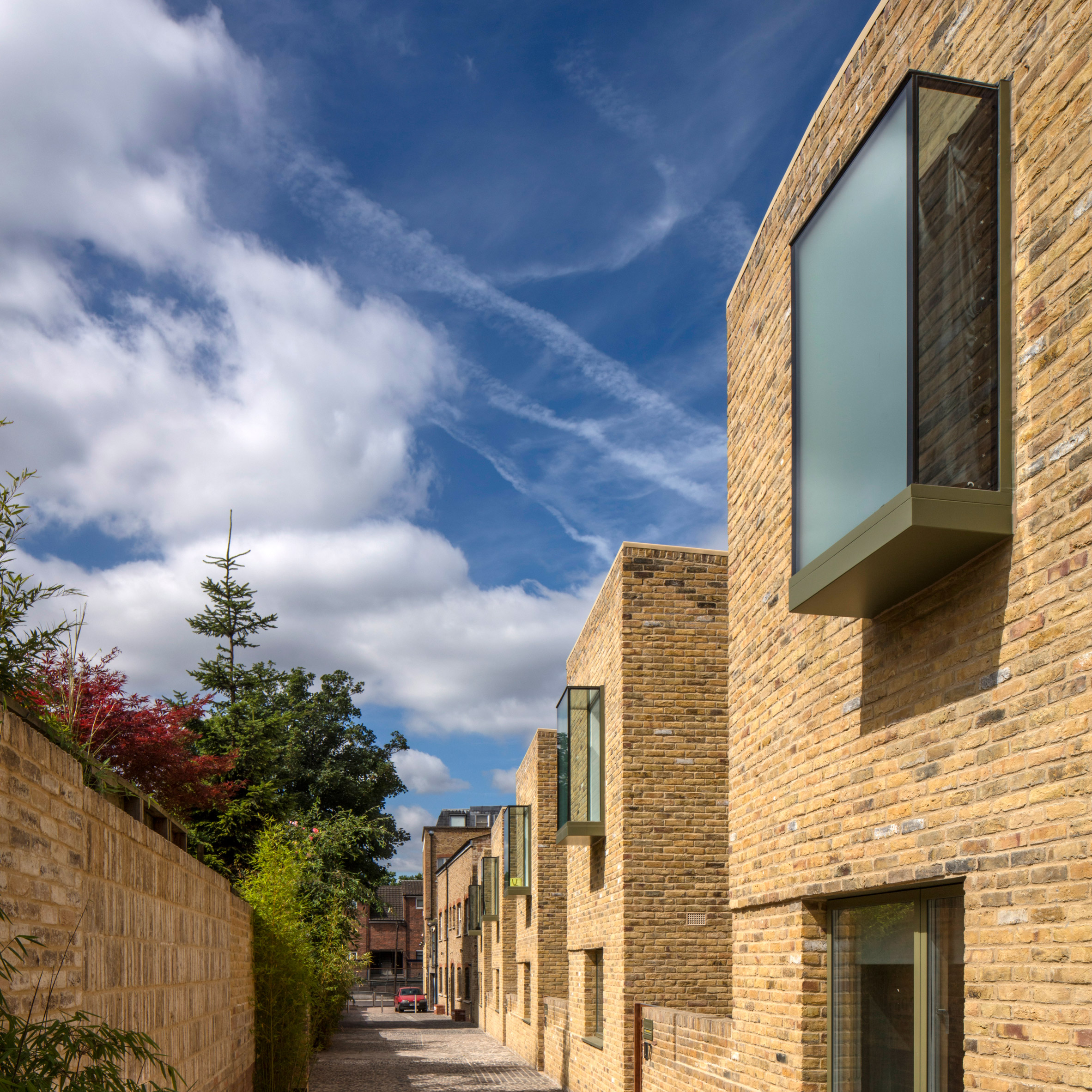 In north London, Peter Baber Architects created a row of mews houses on a cobbled street.

The terrace of courtyard homes, which were built from reclaimed brick, alternate between two and one-and-a-half storeys and have oriel windows that cantilever out over the lane. 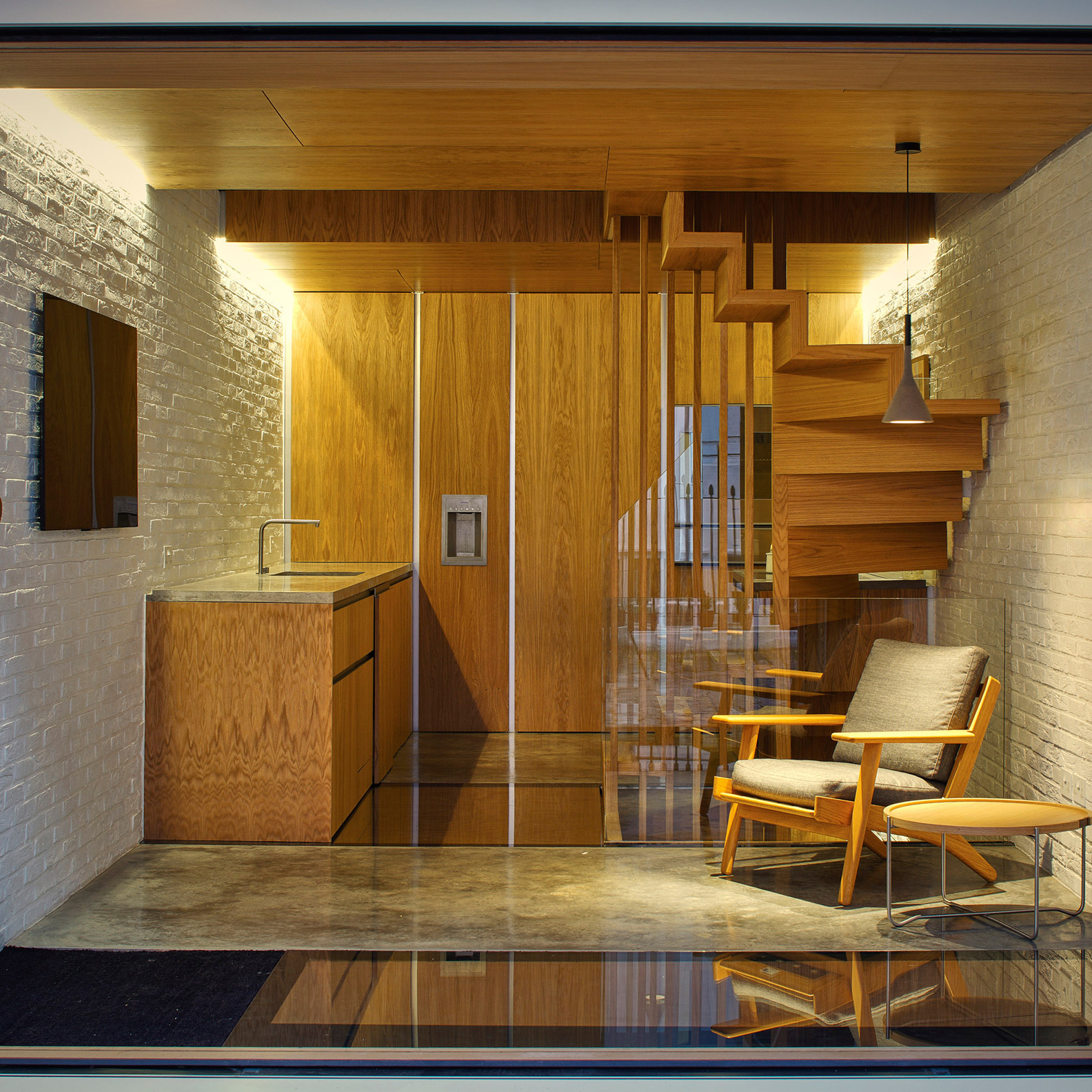 To make the most of space and light, Coffey Architects employed techniques that are commonly used in Japanese houses and tea rooms when designing this three-metre-wide mews house.

“The home is conceived as a life-sized piece of joinery,” said studio founder Phil Coffey. “A Japanese treasure chest for living that sits between the white-painted brick finish walls of the adjacent mews neighbours.” 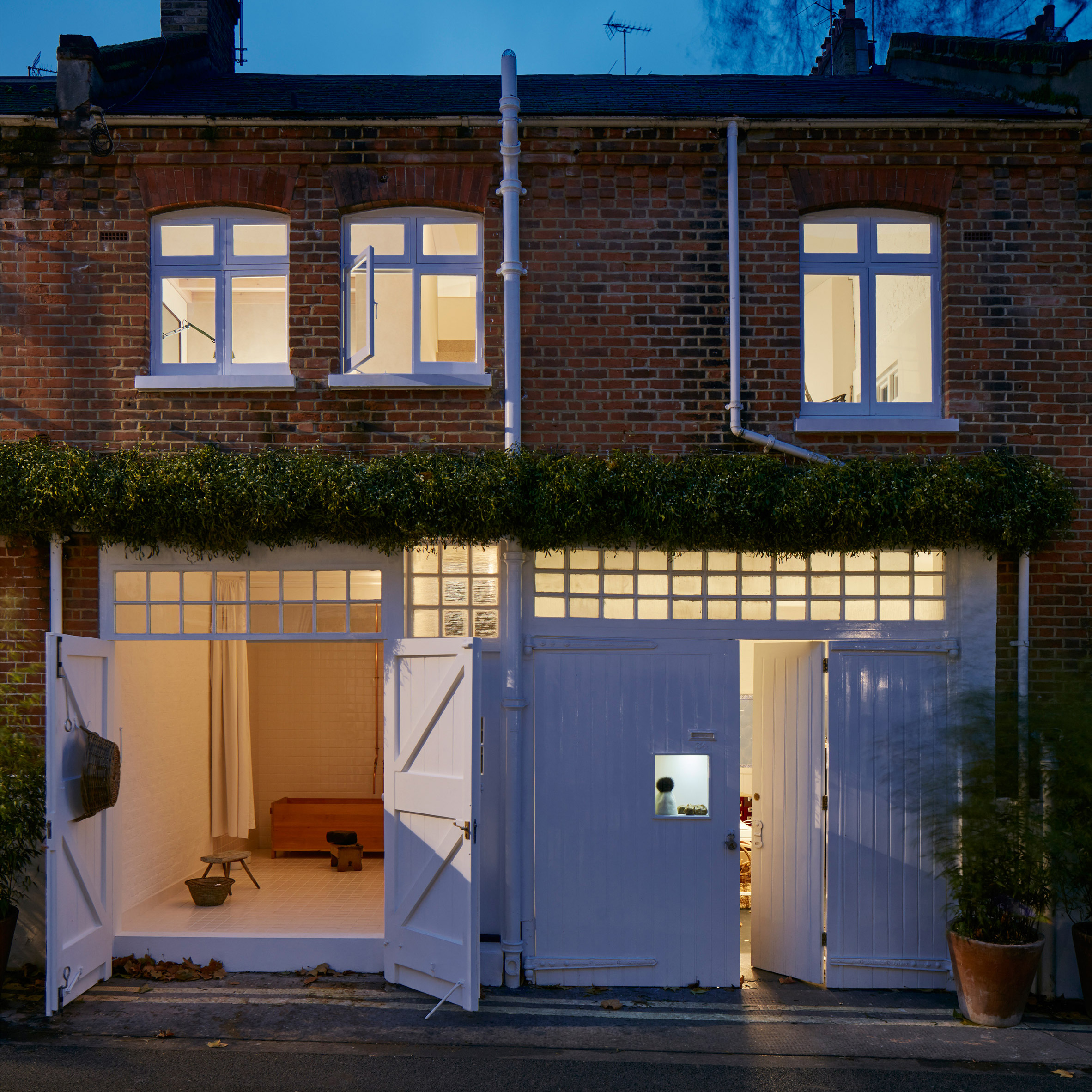 This small mews house in Knightsbridge was renovated by Jonathan Tuckey Design to be a live-work space that combines a shop for fashion boutique Egg with a home for its owner.

The ground floor contains a large, open shop space lined with storage cupboards, which neighbours a room containing a wooden bath that doubles as a meeting room. The upper floor hosts a series of living spaces that are also designed to be used by the business. 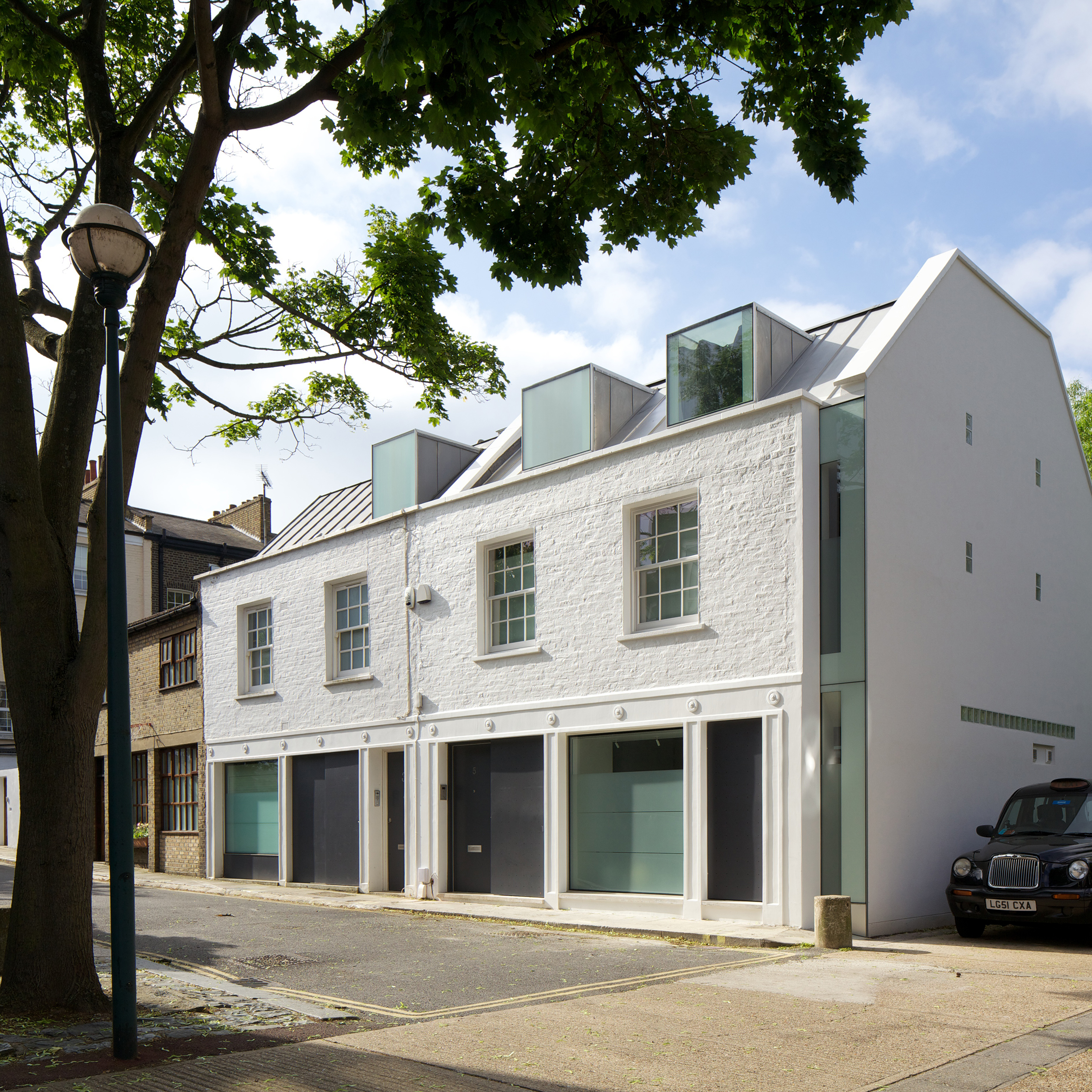 To bring more light into this mews house in Primrose Hill, Robert Dye Architects moved the entire end wall as part of its renovation and extension.

The studio matched the aesthetic of the home next door, which it had previously renovated, by adding glazed panels and a grey door on the ground floor and a new roof with structural glass dormer windows at the top of the building. 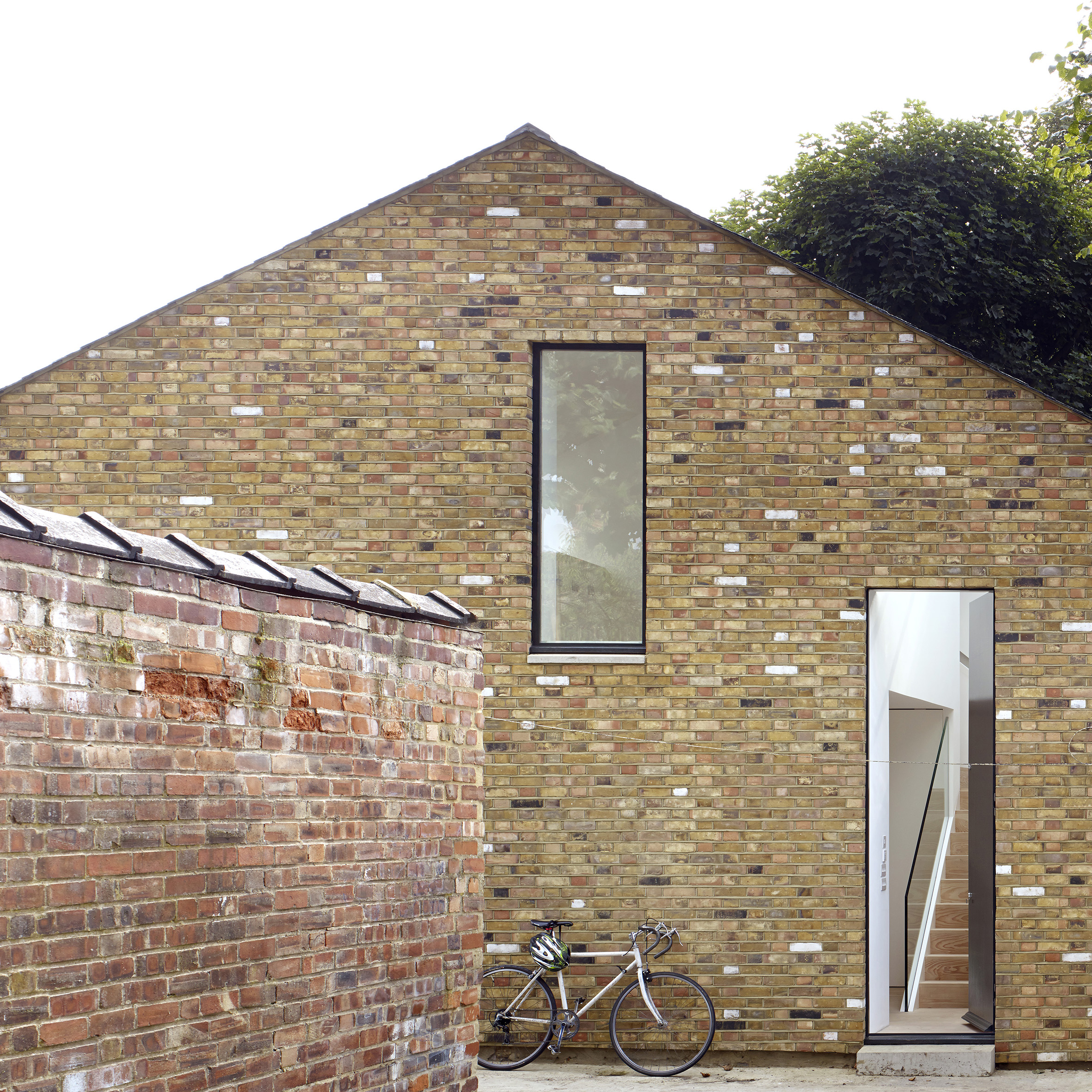 Cassion Castle Architects renovated this mews house in Dalston to create a private studio for a photographer.

The architecture studio stripped out many of the interior walls, which were added when the former coach house was converted into a home in the 1990s, to create a large open studio with a small kitchen and storage space.

A mezzanine was added as a workspace and office for the photographer. 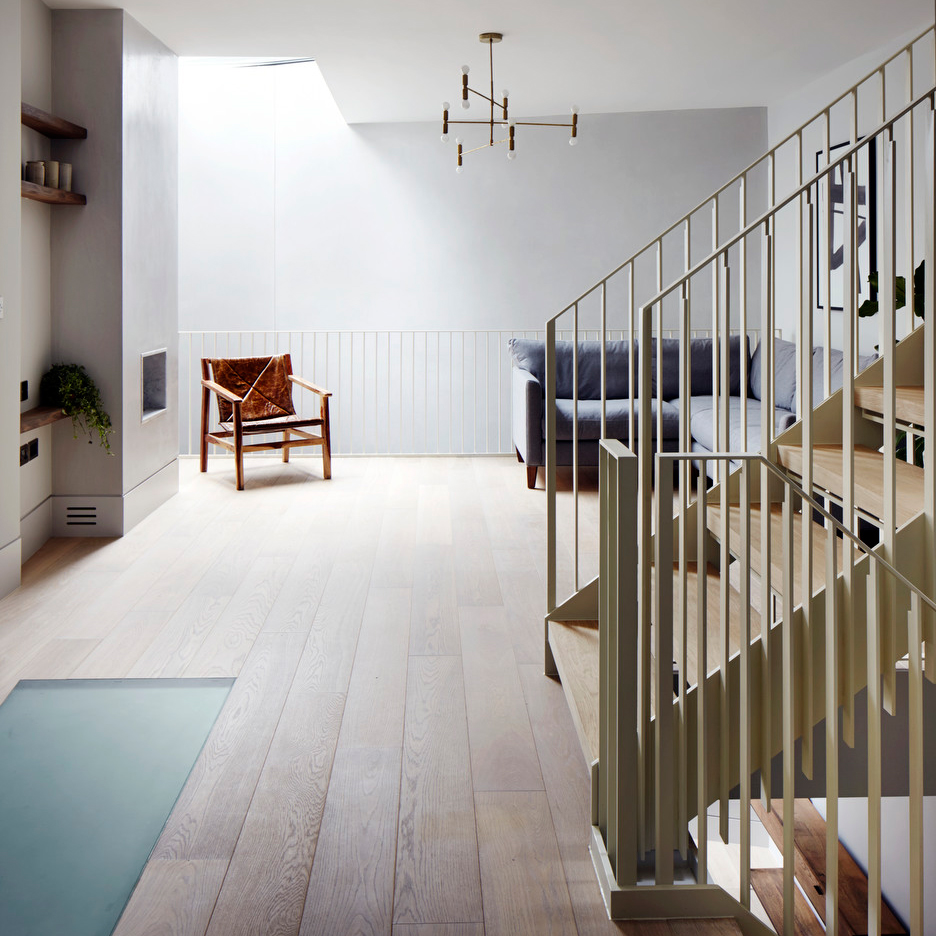 Alma-nac studio used a series of roof-lights to better illuminate this mews house that could not have any windows on its lower two storeys.

A cream staircase, which connects the house’s four levels, is located beneath one of these skylights and helps bring light to the living room on the ground floor, as well as the dining room and kitchen in the basement.