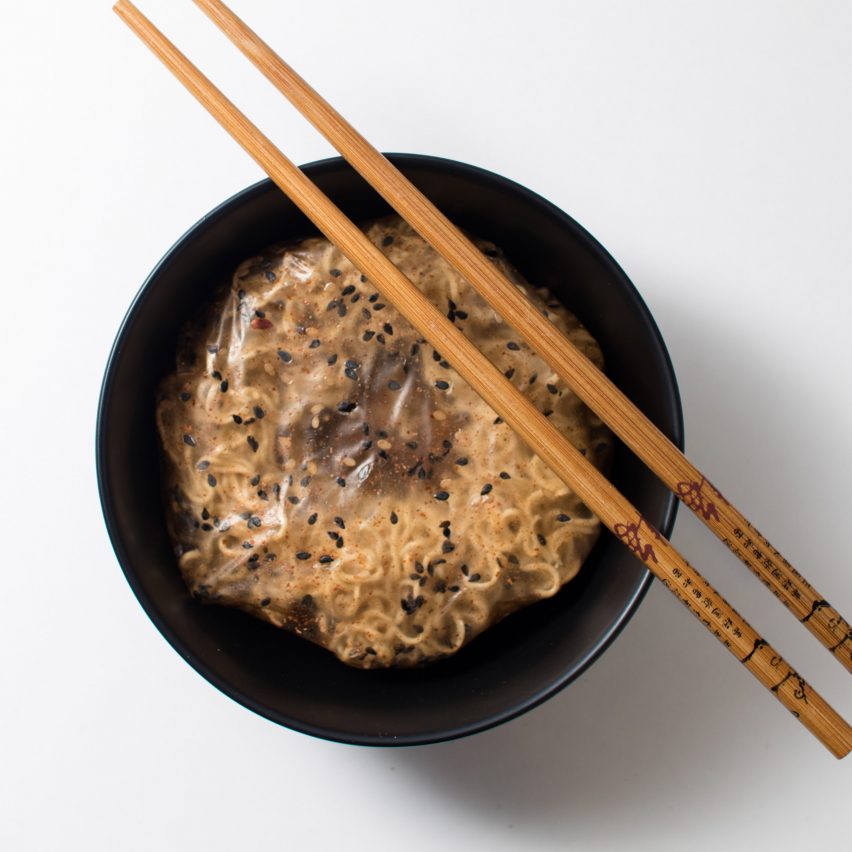 Product design student Holly Grounds has replaced the many plastic sachets that accompany a pack of instant noodles with an edible, spice-infused wrapper that breaks down when cooked to season the broth.

The packaging consists of a flavourless biofilm, which is made from only a handful of readily-available ingredients including potato starch, glycerin and water.

Once it has been heat sealed, the film keeps the dry noodles from going stale. But as soon as it comes into contact with boiling water it dissolves in less than a minute.

With herbs and flavourings embedded into the packaging itself, the resulting liquid effectively acts as the sauce, while larger ingredients such as dried shrimp are stored loosely in the parcel before being released into the broth. 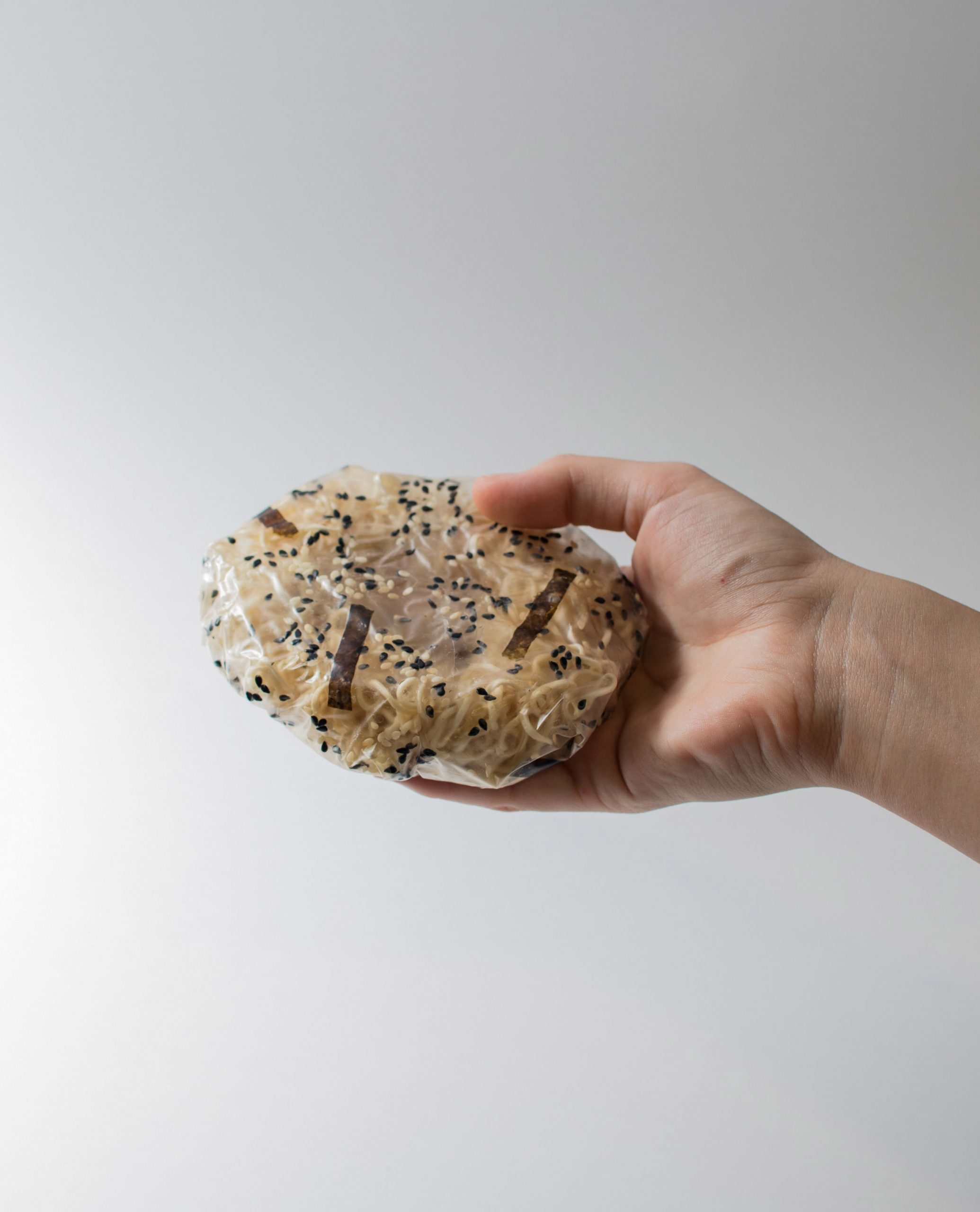 “I was able to do all the testing and manufacture in my kitchen as the process is very simple,” explained Grounds, who is a recent graduate from Ravensbourne University London.

“The ingredients are blended and heated until the mixture is at the right thickness. At this point, I add the spices and flavourings before pouring it into a mould to set for 24 hours.” 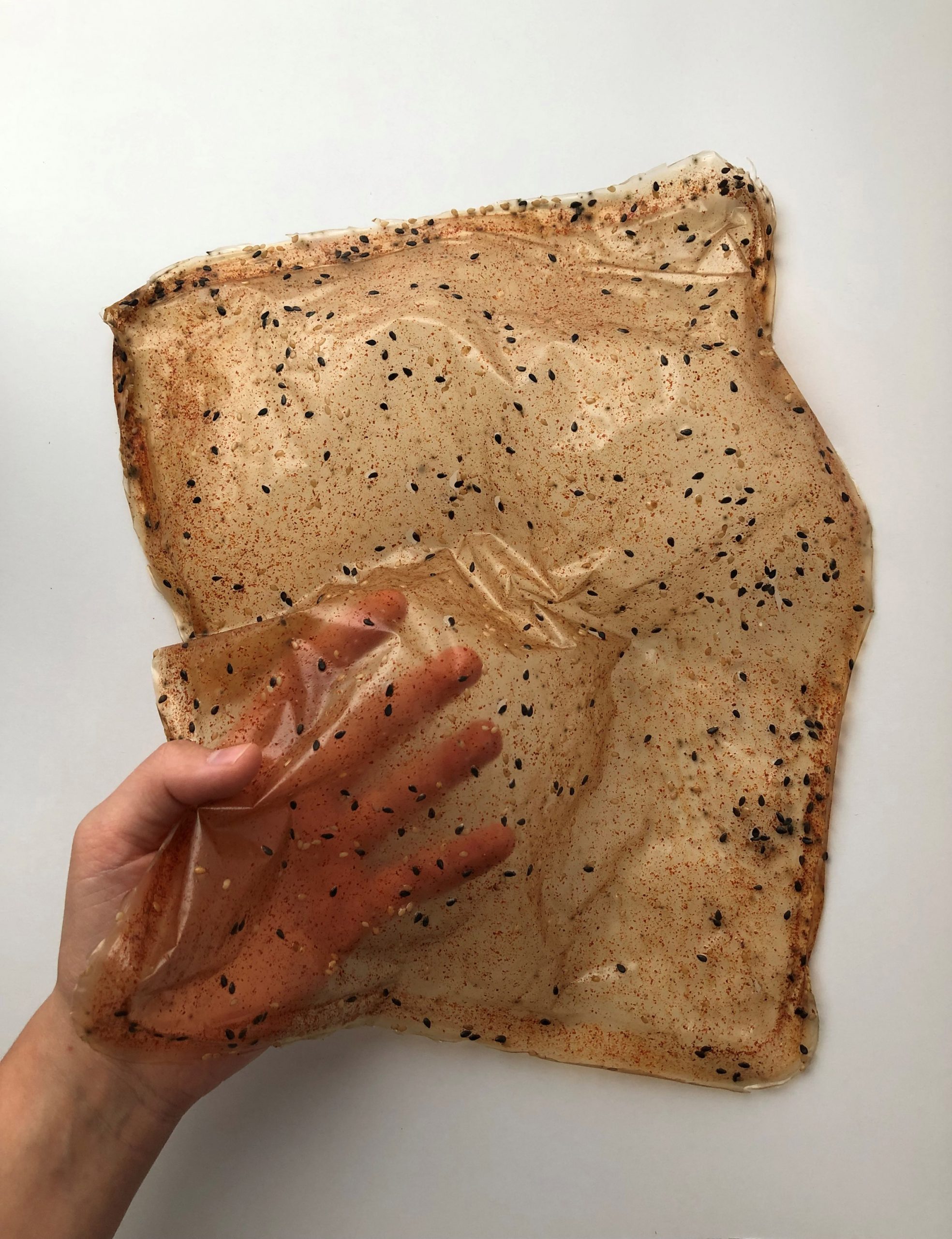 The resulting film is then wrapped around the dried noodle blocks, reimagined in a doughnut shape to allow them to cook more evenly and fit more neatly into a bowl.

For hygiene purposes, the individual parcels are stored in a wax-coated paper sleeve.

Grounds was motivated by the many long days and nights she spent studying, which were fuelled by packets of instant ramen often containing “more plastic than noodle”.

She became hyperaware of the irony that a dish that was designed to be cooked and eaten in under ten minutes comes in packaging that takes upwards of eight decades to decompose. 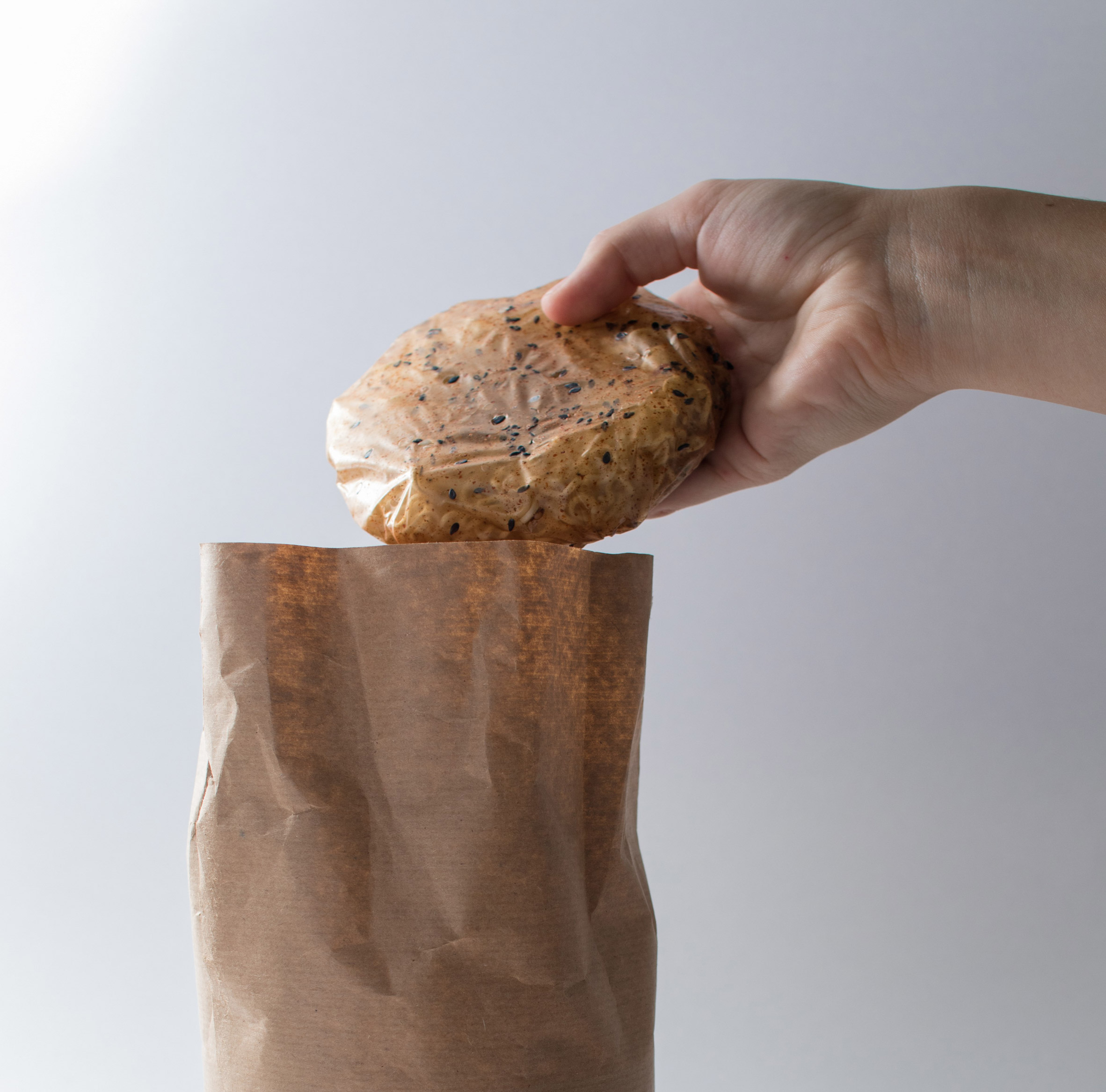 Her dissolvable wrapper was conceived as an alternative to this mountain of single-use plastic, as well as to its bioplastic substitutes, which she says often fall short of their promises.

“While other bio-based alternatives to plastic claim to be compostable or biodegradable, from a consumer perspective it’s not always that simple,” Grounds told Dezeen.

“Many of the emerging bio-based films only break down in an industrial composter at 50 degrees Celcius, so they often end up in the wrong place without the consumer really knowing that they caused damage to the planet.”

In order to avoid this potential greenwashing, she created packaging that actually disappears before the eyes of the user and gives them peace of mind. 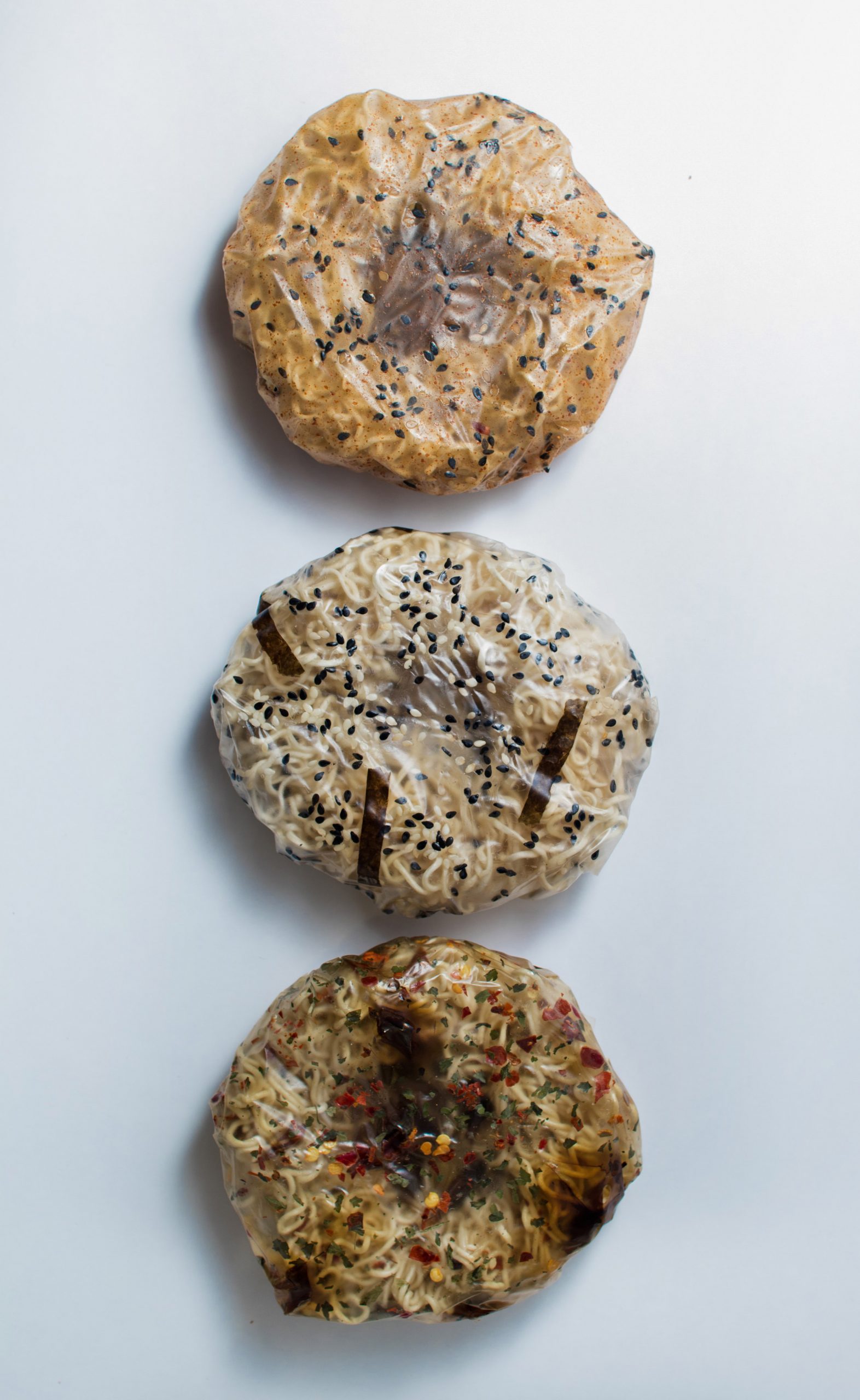 Grounds also conducted a speed-cooking test, to challenge the idea that plastic is always the more convenient option. She found that noodles wrapped in plastic took a full minute longer to prepare than ones packaged in her biofilm, due to the time-consuming process of opening and emptying individual flavour sachets.

“Convenience has become an inevitable part of everyday life but it often comes at a cost to the environment,” she said.

“The issue is that the world is not only confronting a rapidly growing mountain of plastic but also an even greater mountain of apathy. That’s why it was important to me to make the convenient choice the sustainable one. If the quick option for meals or snacks is eco-friendly, consumers can help the planet perhaps without even knowing.” 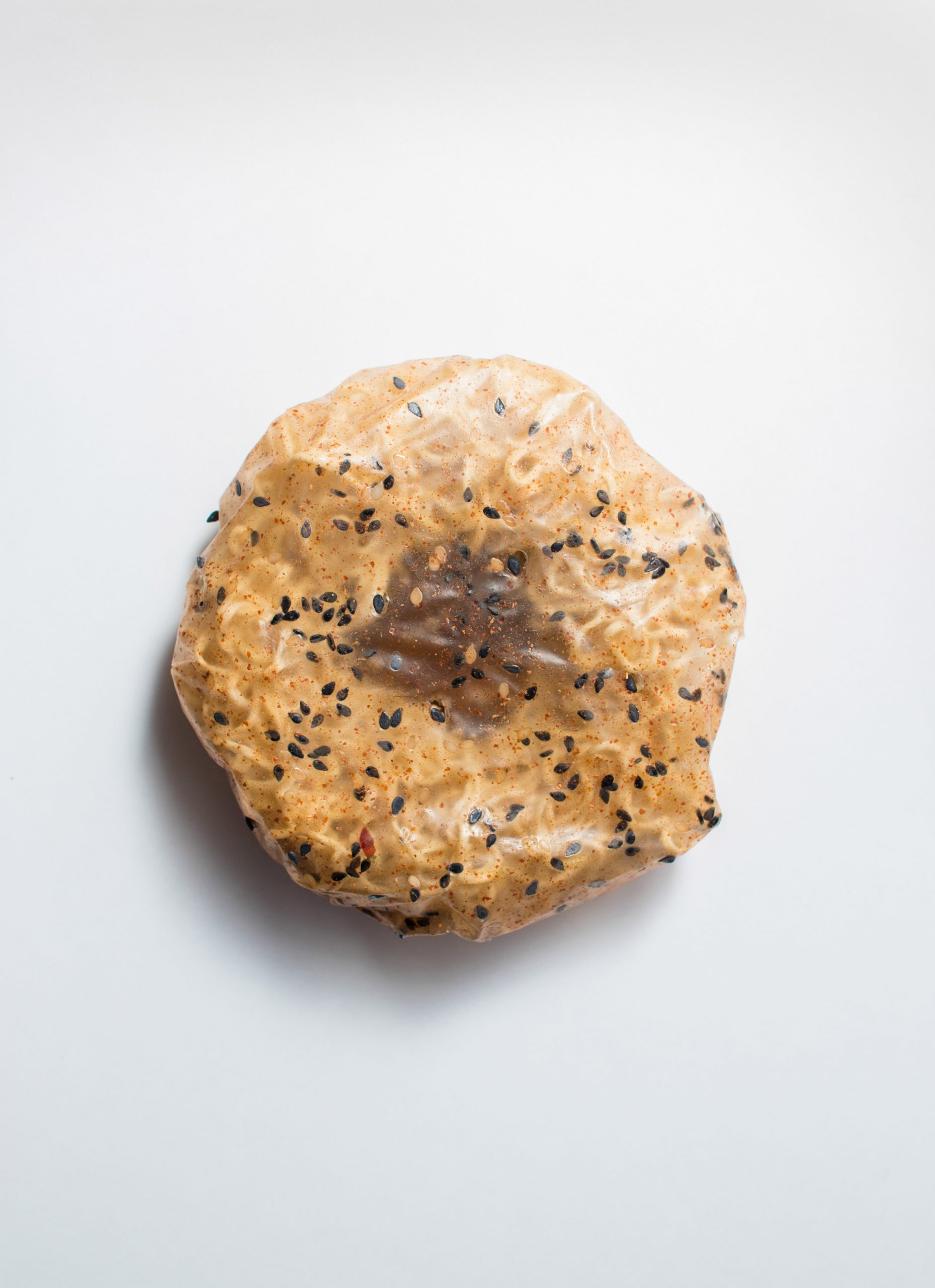 Earlier this month, her Dissolvable Noodle Packaging was featured in the VDF x New Designers graduate show, which spotlighted 20 standout student projects from across the UK.

The project was selected from a pool of more than 3,000 participants, who were set to be featured in the annual exhibition before it was called off due to the ongoing pandemic. 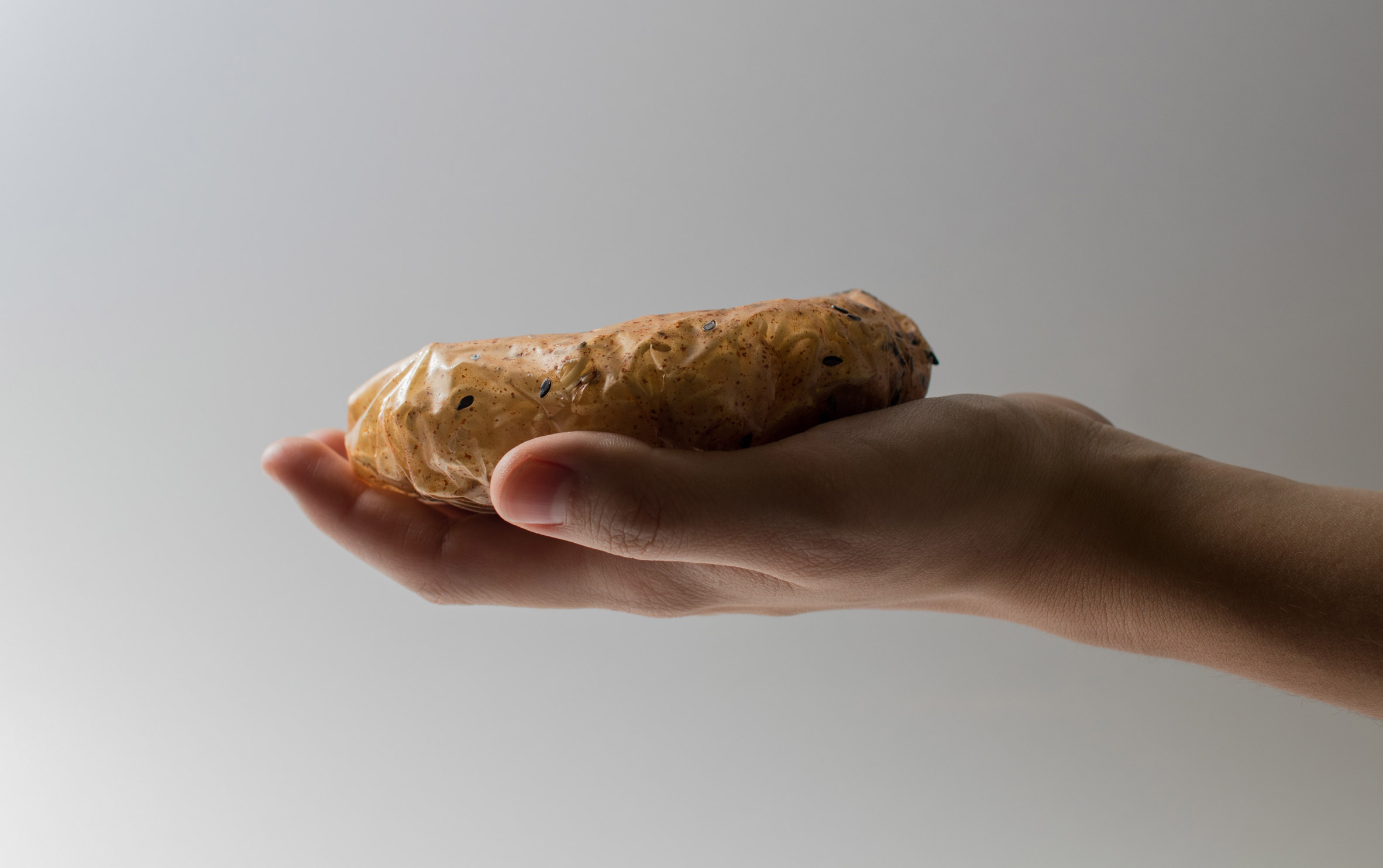 With the global waste crisis mounting in landfills and spilling into our oceans, more and more designers are looking at innovative ways to package our everyday goods.

Reykjavík studio At10 has created a bioplastic casing for different meats, which is made from the animal’s skin, while Polish designer Roza Janusz has grown edible food wrappers using bacteria and yeast.

Another packaging design that dissolves with use is the Soapack toiletry bottle by Central Saint Martins graduate Mi Zhou, which is itself made of soap.