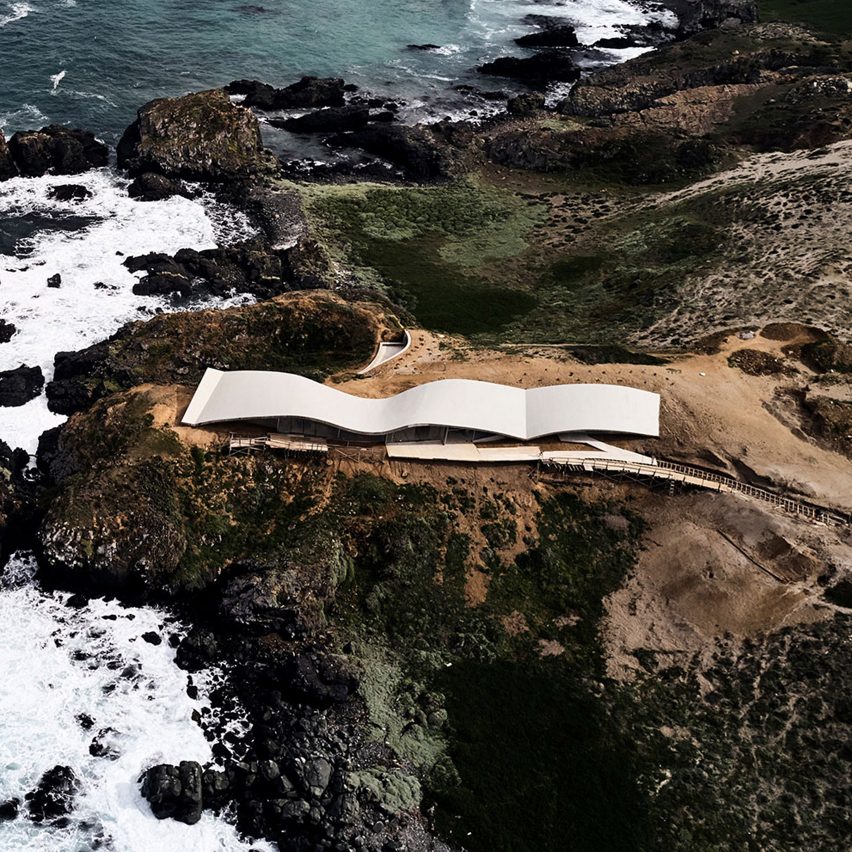 Tokyo firm Office of Ryue Nishizawa has created an undulating concrete roof to span a long weekend house on a promontory towards the Pacific Ocean in Chile.

House in Los Vilos is a retreat on the Chilean coast that was completed by the eponymous Japanese studio of Pritzker Prize-winning architect Ryue Nishizawa, who also runs firm SANAA with architect Kazuyo Sejima. 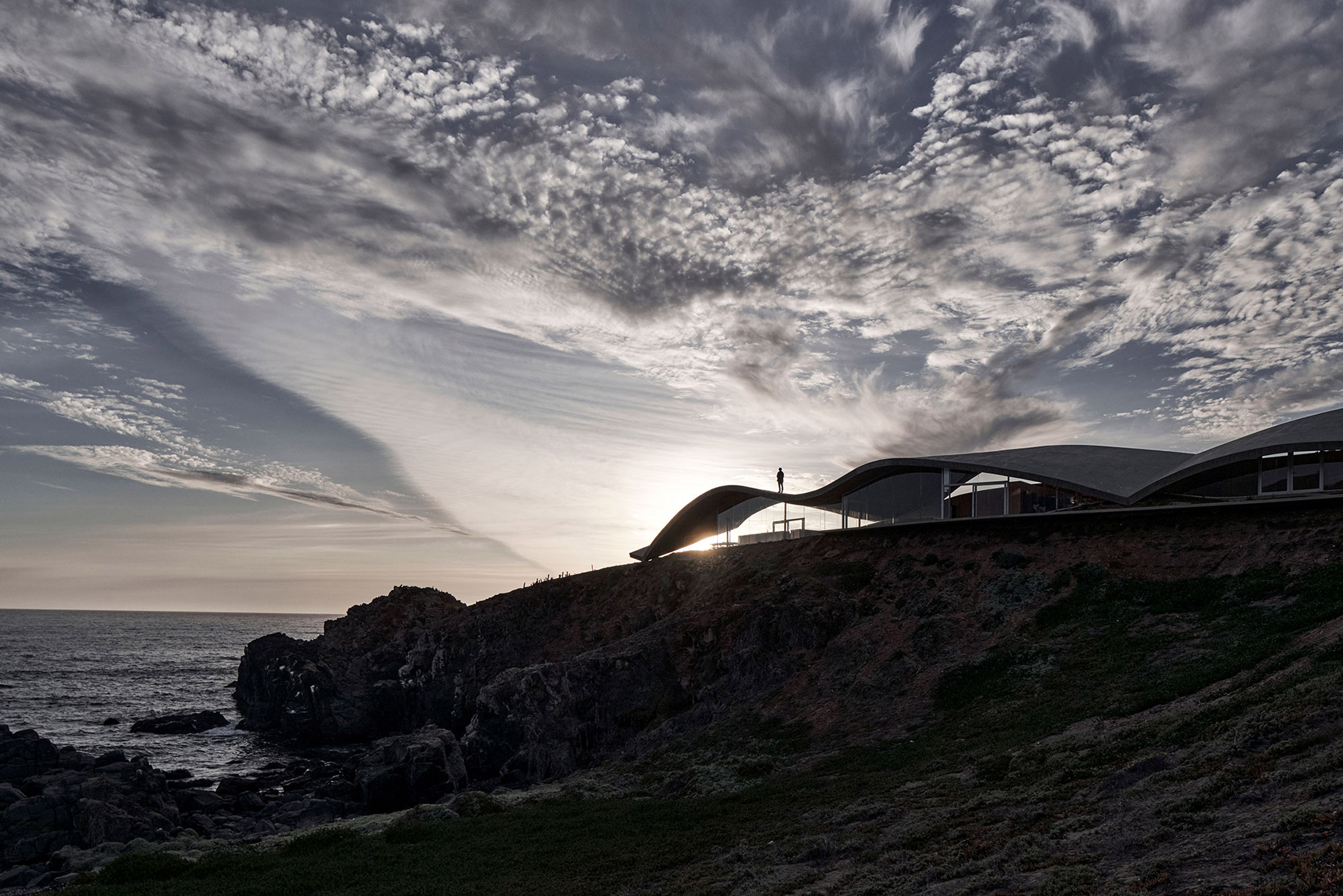 Office of Ryue Nishizawa designed the wavy roof to follow the contours of its site – a rocky high land that juts out to the water. The dips of the undulations also segment the long, curved house to mark different areas in place of walls.

“The roof descends to the ground in places and gently divides the space beneath into segments, which determine the form,” said the studio.

“There are no walls to speak of – it is like a building of ground and roof only in the midst of abundant nature.” 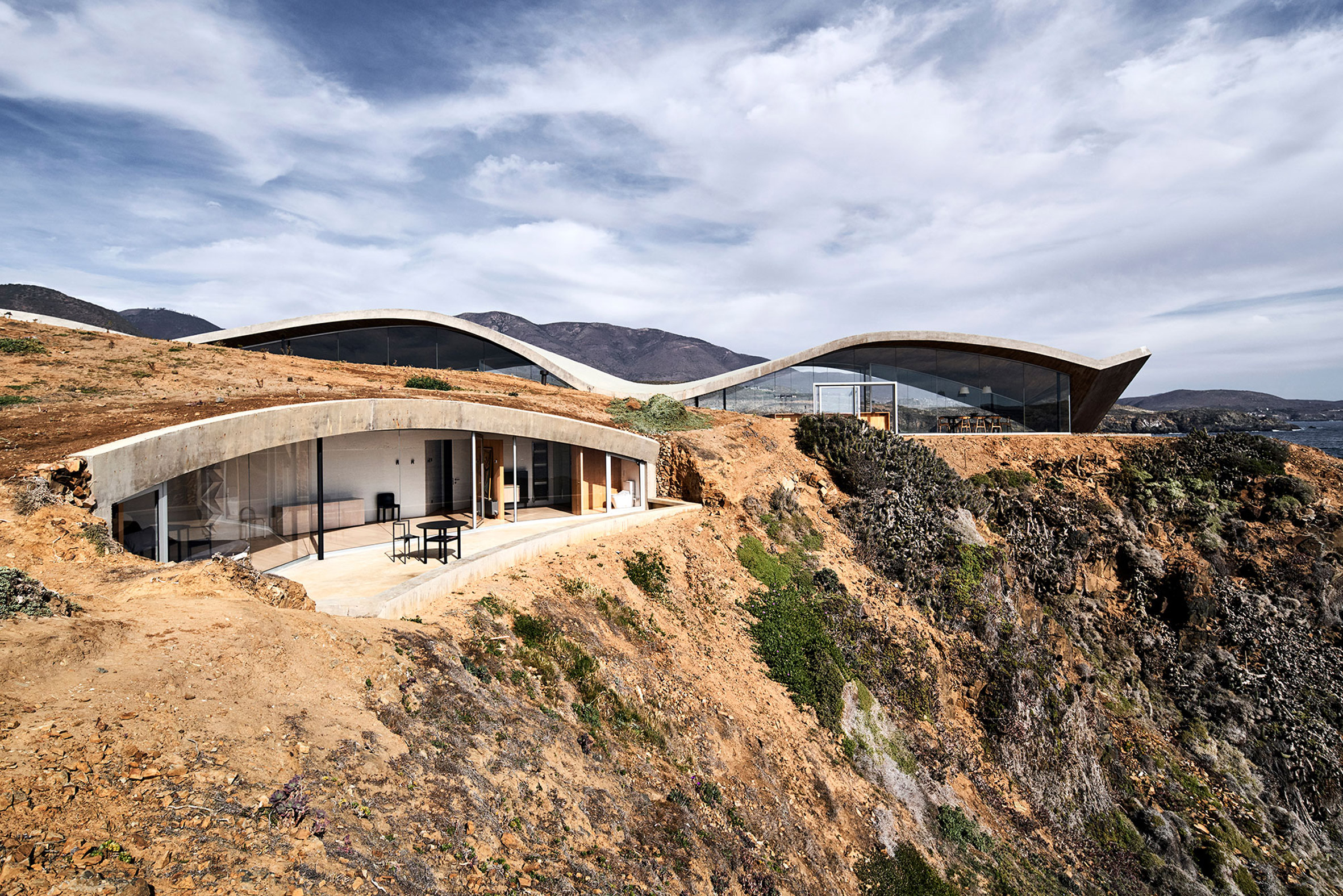 House in Los Vilos’ monolithic roof is held up by glazed walls and steel columns on the perimeter. The arches span between angular lines that the studio chose to create larger openings to the surroundings.

“In terms of structure, arches that connect diagonally-arranged landing points make it possible to create large spans while opening various directions toward the surrounding landscape,” Office of Ryue Nishizawa continued. 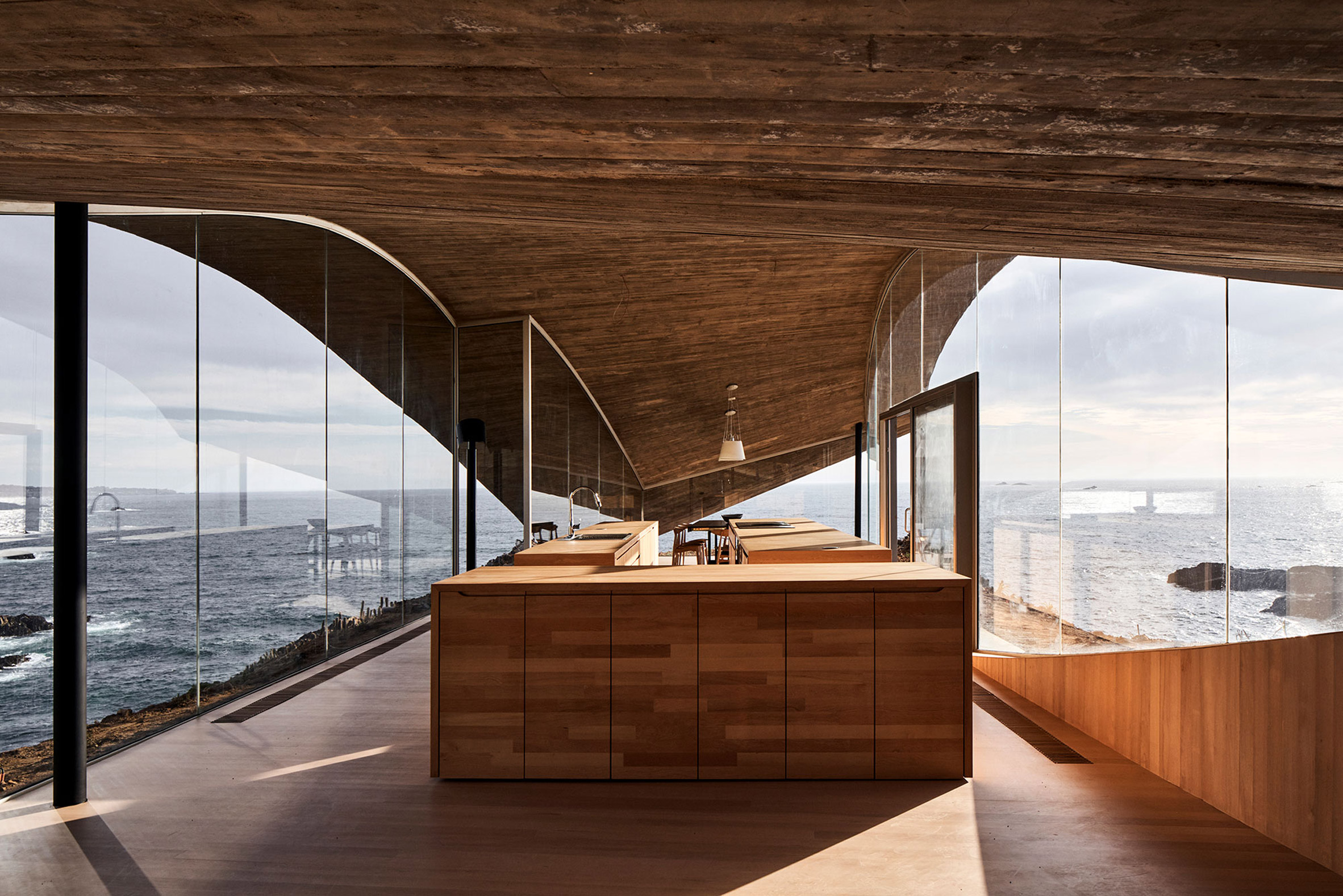 “The space comes with a diversity of openness that can never be achieved with classic arch structures such as the vault roof,” it said.

The roof divides the house into three areas: the sauna at the front, a bedroom and living room in the middle, and a kitchen and dining that extends to a terrace at the rear. At this far end, the roof lifts up at an angle to cover an outdoor space. 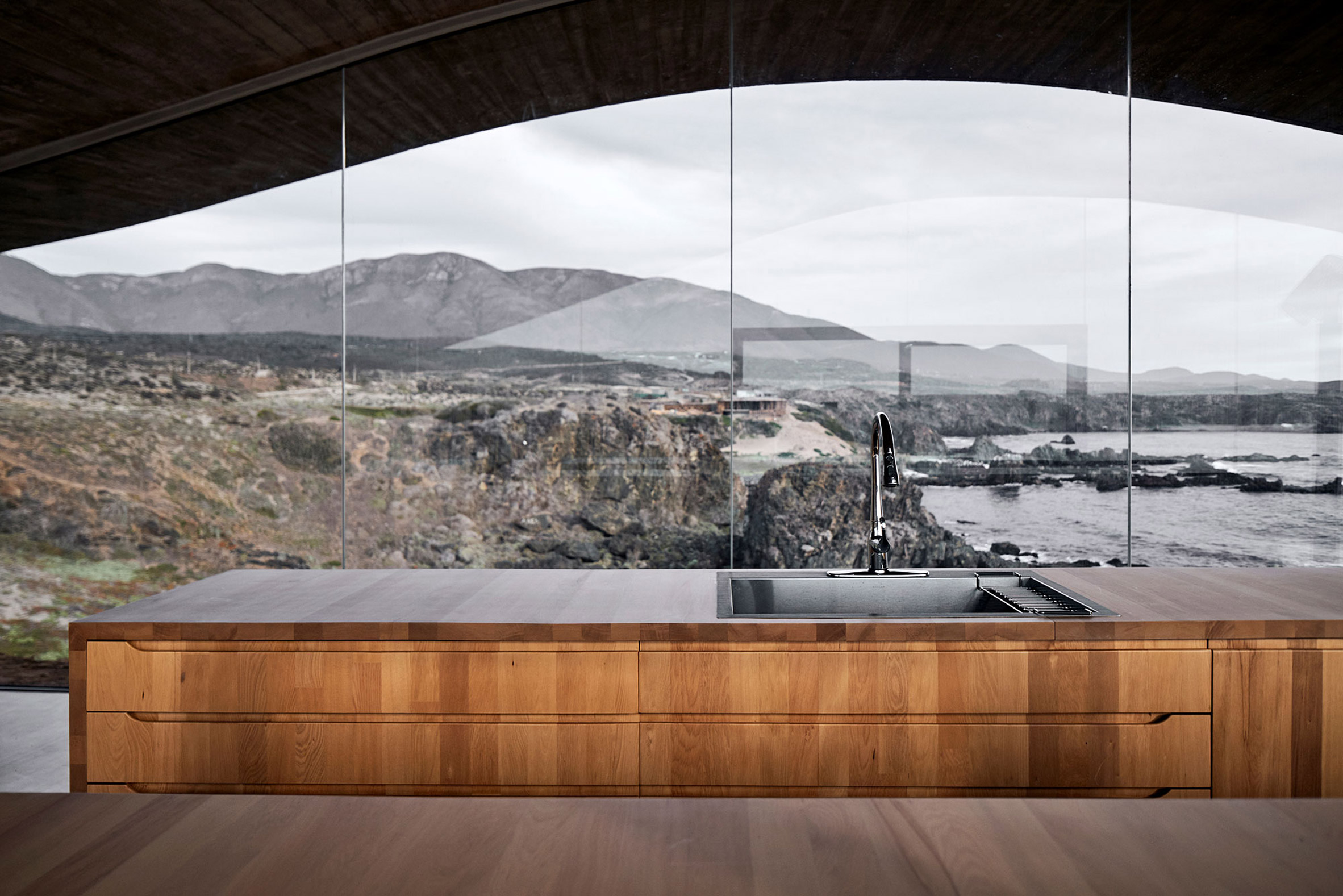 “Toward the tip of the cape facing the magnificent views is the public zone including the dining room, while private spaces such as bedrooms are placed away from the sea in calmness,” the studio added.

The house includes a main bedroom suite that is burrowed on a lower level accessed by a staircase. It has a glass front and terrace that peeps out from the hillside. 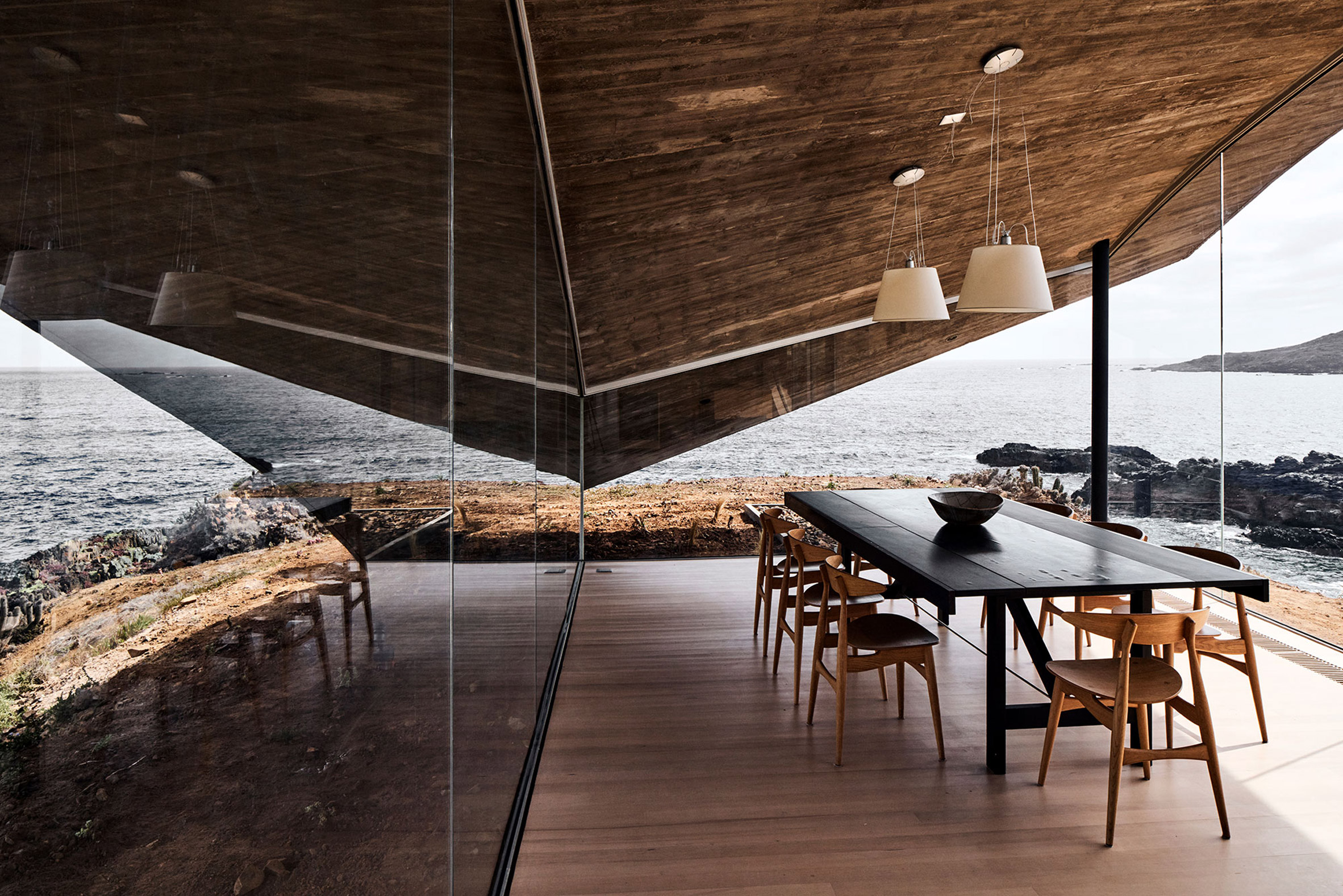 The board-marked concrete slab roof is left exposed throughout the interiors, and paired with wooden floors and furnishings.

The kitchen has three self-standing wood islands that do not obstruct the view, while the adjoining dining room is furnished with a black table and pale chairs. White pendant lights hang from the ceiling above. 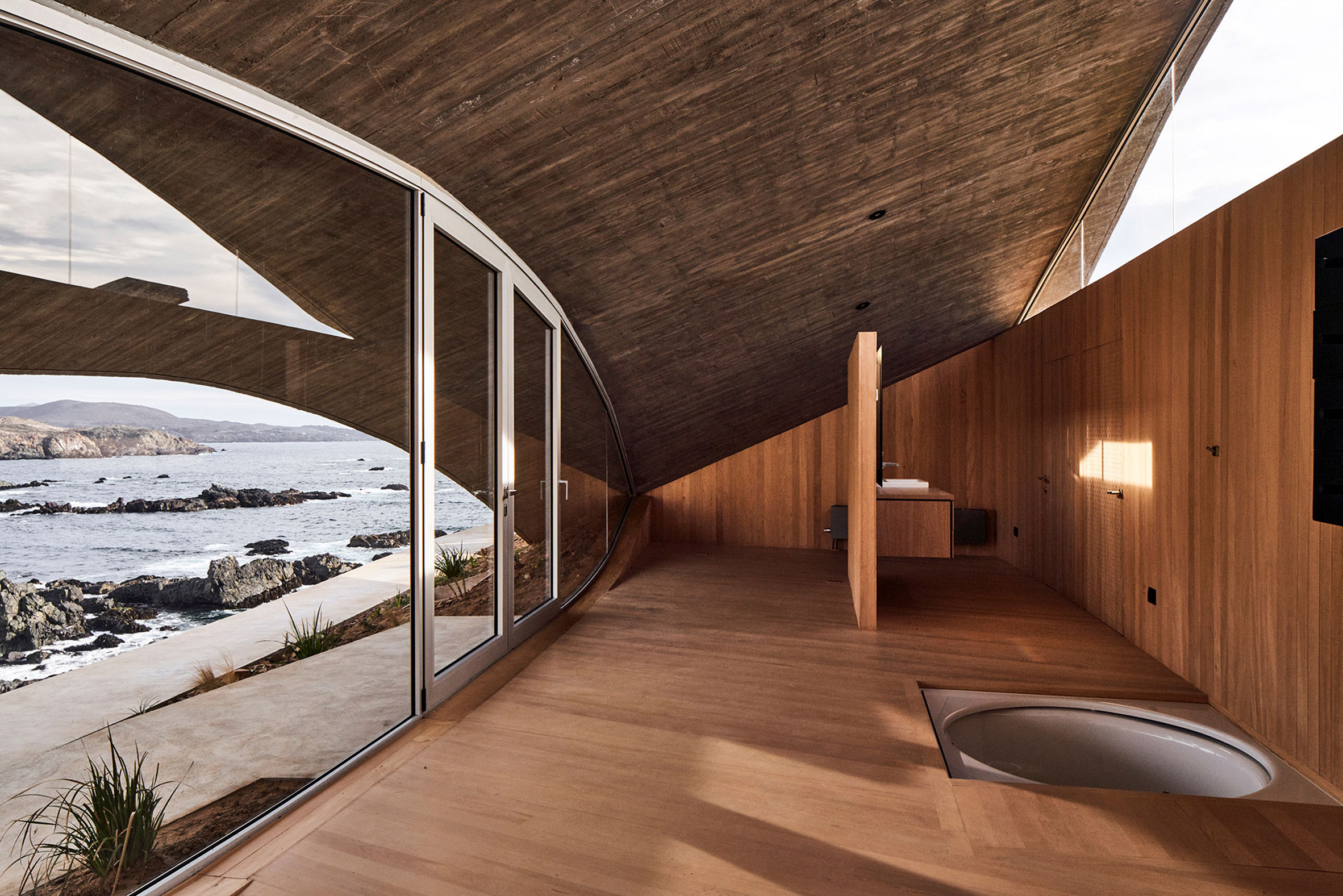 A standout feature of the house is a sauna room with a sunken white tub that overlooks the ocean waves crashing into the cliff.

Nishizawa established his eponymous studio in 1997, two years after he co-founded the firm SANAA with Sejima. Both Nishizawa and Sejima won the Pritzker Prize in 2010. 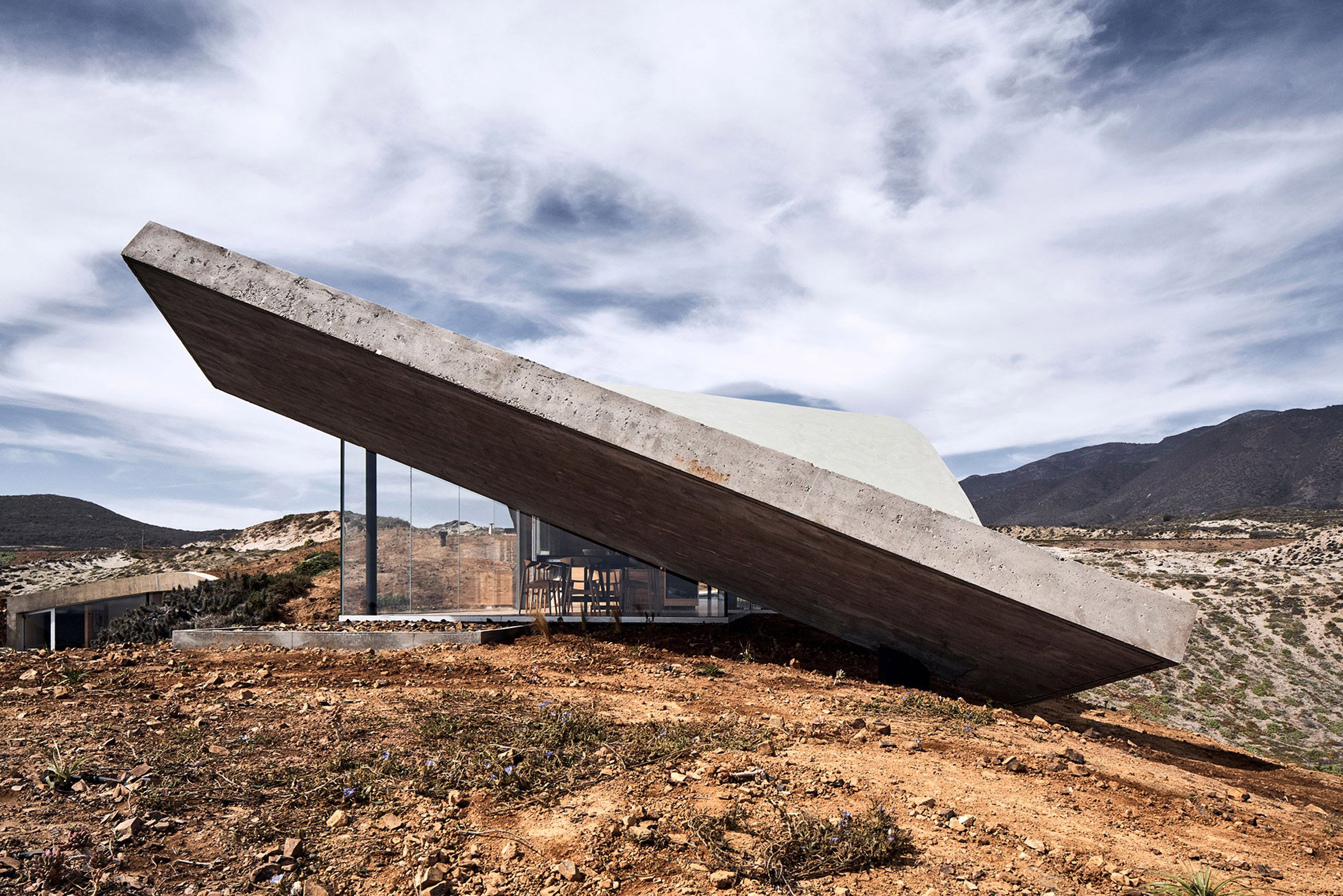 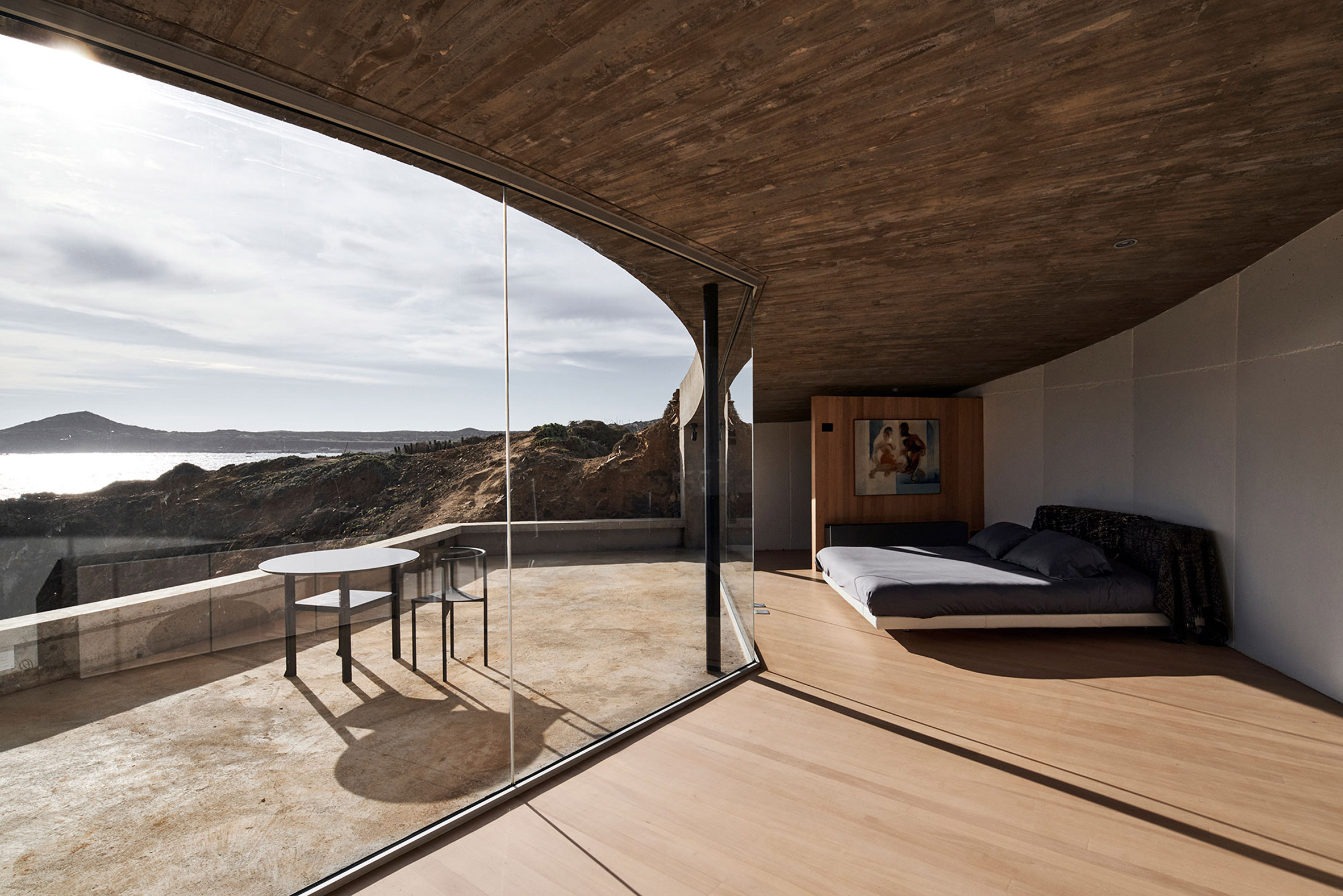 Chilean architect Alejandro Aravena has already completed a concrete house for the scheme, with a huge, titled chimney that forms an opening for a fire inside.

Photography is by Cristobal Palma.