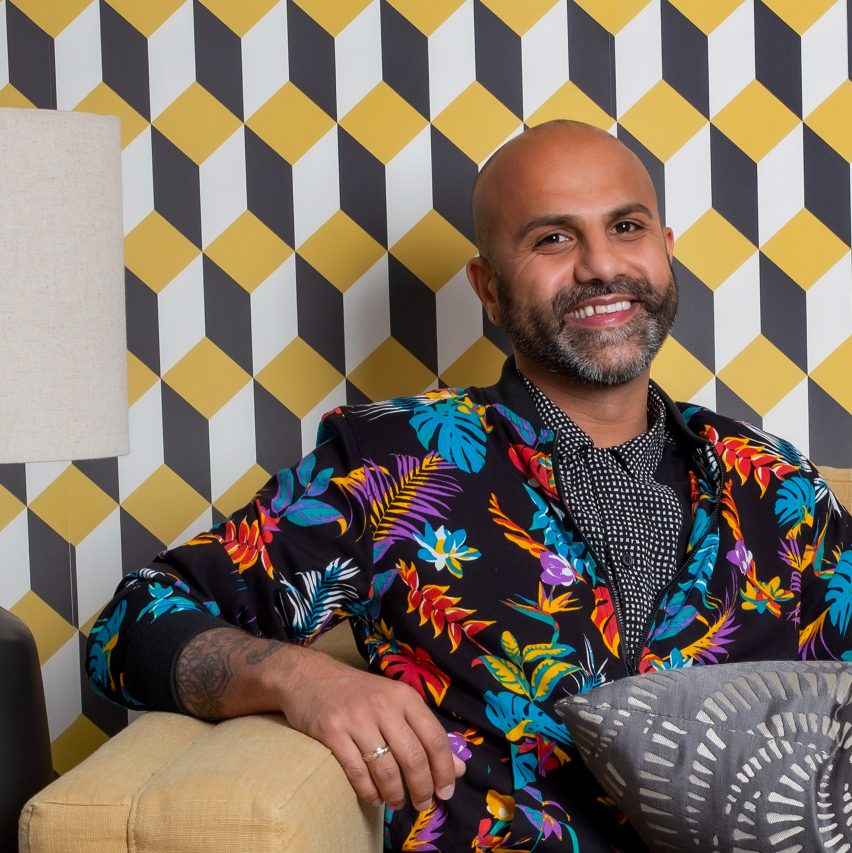 Borrowing aesthetics from a range of cultures masks the lack of racial diversity in interior design and it is now time to change this says Bhavin Taylor.

As a BAME designer, I am well aware of the lack of diversity and the dearth of representation within interior design. The issue is not new and has been going on in our industry for years.

Coming from an Indian background – with its own strong cultural heritage – a creative career is not often understood, nor seen as a stable career path by those around me. Growing up, I was hindered by the fact that there were no role models that looked like me who could offer aspiration or relatability. This made the decision to become a part of the industry a difficult one. It is not an environment for those who aren’t comfortable standing out – luckily, I am not one of them.

I was only one of two people of colour in my class. All the teaching staff were white

This lack of diversity was apparent throughout my younger years and especially so when I entered the industry. Starting at interior design school, I was only one of two people of colour in my class. All the teaching staff were white. This has continued throughout my career. In the professional workplace and at industry events, I am always in the minority. This is particularly noticeable in media and television, where the representation of BAME (black, Asian and minority ethnic) designers is sadly lacking.

Our industry, which is all too often one seen as being crafted only by Magnolia-coloured hands, has a tendency to casually borrow from cultures that they find aesthetically pleasing, without thinking about the context or hiring experience from the backgrounds they find so inspirational.

Everyone will have used or heard the term “tribal”, “boho” or “ethnic”, but do they know where these actually come from and what they mean?

Tribal is a blanket term usually applied to crafts from the African continent. Quite often, you will see traditional textiles and patterns being used, such as the Kuba cloth, to denote a tribal aesthetic. Such cloth is created by the Kuba people of the Congo and requires a technique that is very time consuming and laborious.

Boho comes from Bohémien, a French word referring to a group of people who travelled from a region in the Czech Republic known as Bohemia. Later, this term broadened to include the artist, writer, actor, or musician, often poor, who led a nomadic lifestyle making stops at major European cities. Bohemian design today is about incorporating many different things from different philosophies, parts of the world, and ways of life. The result is an eclectic style that’s as diverse as the people who inspire it. Note the key word there – diverse.

Crafts are translated by the industry as interior design, quite often without the correct exposure or recognition

Ethnic design is influenced by patterns, motifs and handicrafts from non-industrialised cultures, drawing its ideas from indigenous communities across South America, Africa and Asia. For example, Persian rugs – also known as Iranian Carpets produced in Iran (historically known as Persia) – are rugs of various types that were woven in parallel by nomadic tribes, in village and town workshops, and by royal court manufactories alike. They represent miscellaneous, simultaneous lines of tradition, and reflect the history of Iran and its various people.

From a quick dig into the history of these styles, it is clear that they stem from traditional local crafts in the countries that they originate from. These crafts are translated by the industry as interior design, quite often without the correct exposure or recognition given to these hardworking, talented men and women.

My question is if you take inspiration from another culture, are you giving them enough credit? Or are you inadvertently suppressing the faces and voices of these cultures for your personal preference or gain?

This pattern of repackaging cultural artefacts as trends has minimised the visibility of diversity within the industry, even though it has actually been present for years. Everyone that has an influence on how the industry is portrayed should investigate this tendency to erase creative people of colour, as they in some way or another have played their part in creating the misrepresentation of the industry.

Unfortunately, the past cannot be changed, but the narrative going forward can. I am calling upon our industry, including our major and trade media outlets, our social, our publications and our events to ensure that we collaborate, employ, contract, buy and promote diversely – and be vocal when we see that we are failing to do so.

I also call upon other BAME designers such as myself, who are already a part of the industry, to come forward and be visible. It is our duty to proudly represent our diversity so that we can inspire and educate the younger generation – and their families – that a creative career is for everyone. In doing so, we may eventually get to a stage where we will only be recognised for our talents and not the colour of our skin.

Main image is by Juliet Murphy.

Bhavin Taylor is the founder of award-winning interior design studio Bhavin Taylor Design, based in London. Taking inspiration from his Indian heritage and with his extensive experience in both the fashion and interiors industry, Bhavin creates unique spaces that are bursting with personality, according to his motto “Love Colour. Embrace Pattern.”

The post “Interior design casually borrows from cultures it finds aesthetically pleasing without hiring people from those backgrounds” appeared first on Dezeen.