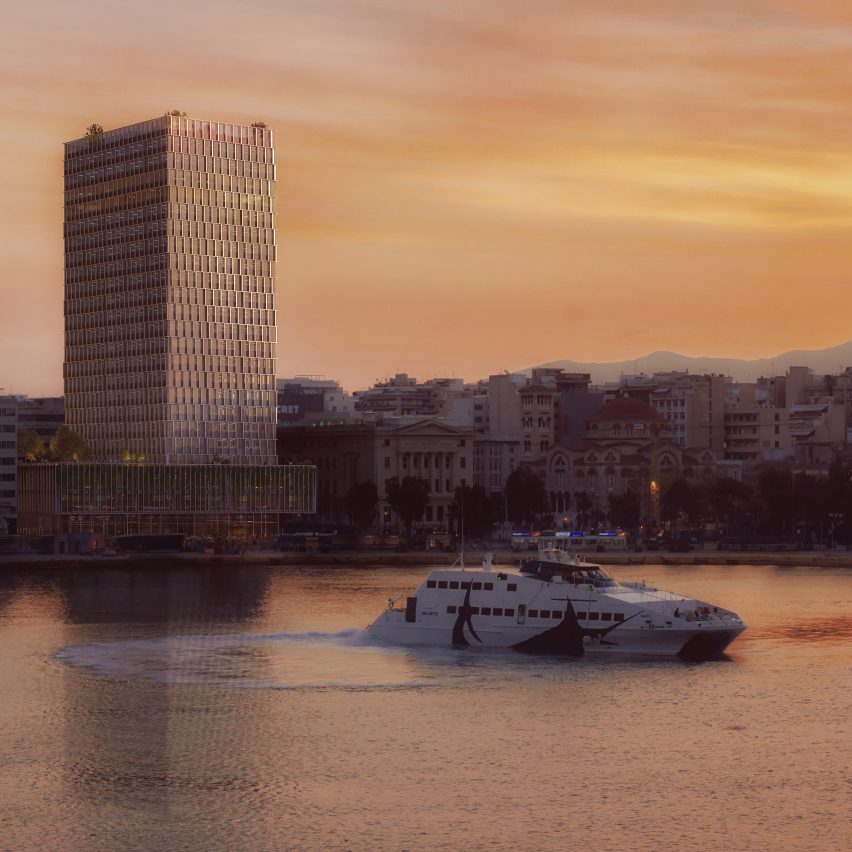 Architecture studio PILA has designed new facades for Greece‘s second tallest building, which has never been occupied in the 45 years since it was completed.

Athens-based PILA will work with Betaplan to renovate the building as part of developers Dimand SA and Prodea Investments‘ plan to complete the office block so that it can finally be occupied.

The studio hopes the rejuvenation of the Piraeus Tower will also create a positive landmark for the area. 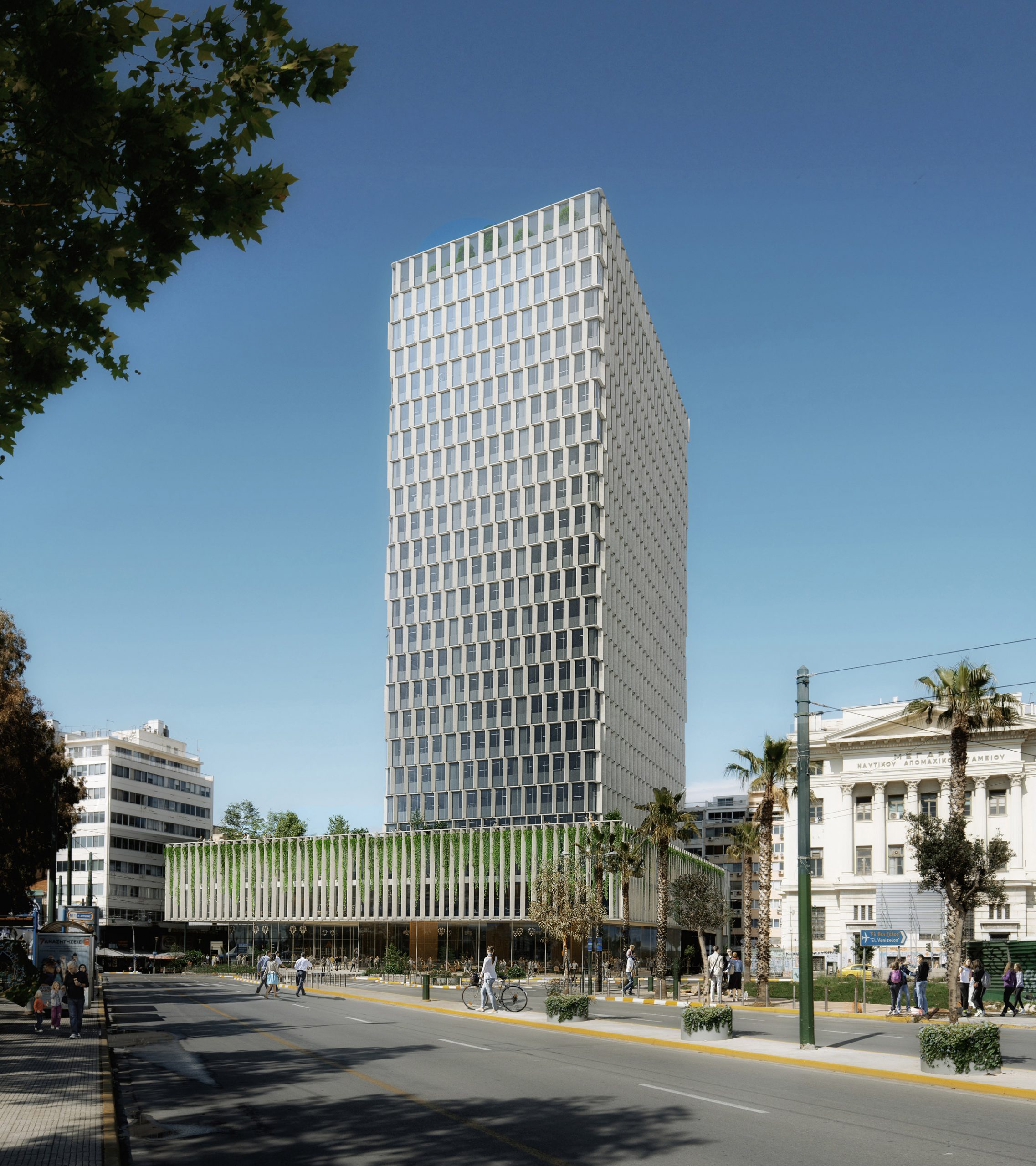 “The structure is situated on a really important part of the wider city of Athens – its coastline,” said PILA principal Ilias Papageorgiou.

“So we see the ‘awakening’ of the abandoned structure to spark a broader regeneration of the coastline area allowing for the life of the city to move closer to the water.” 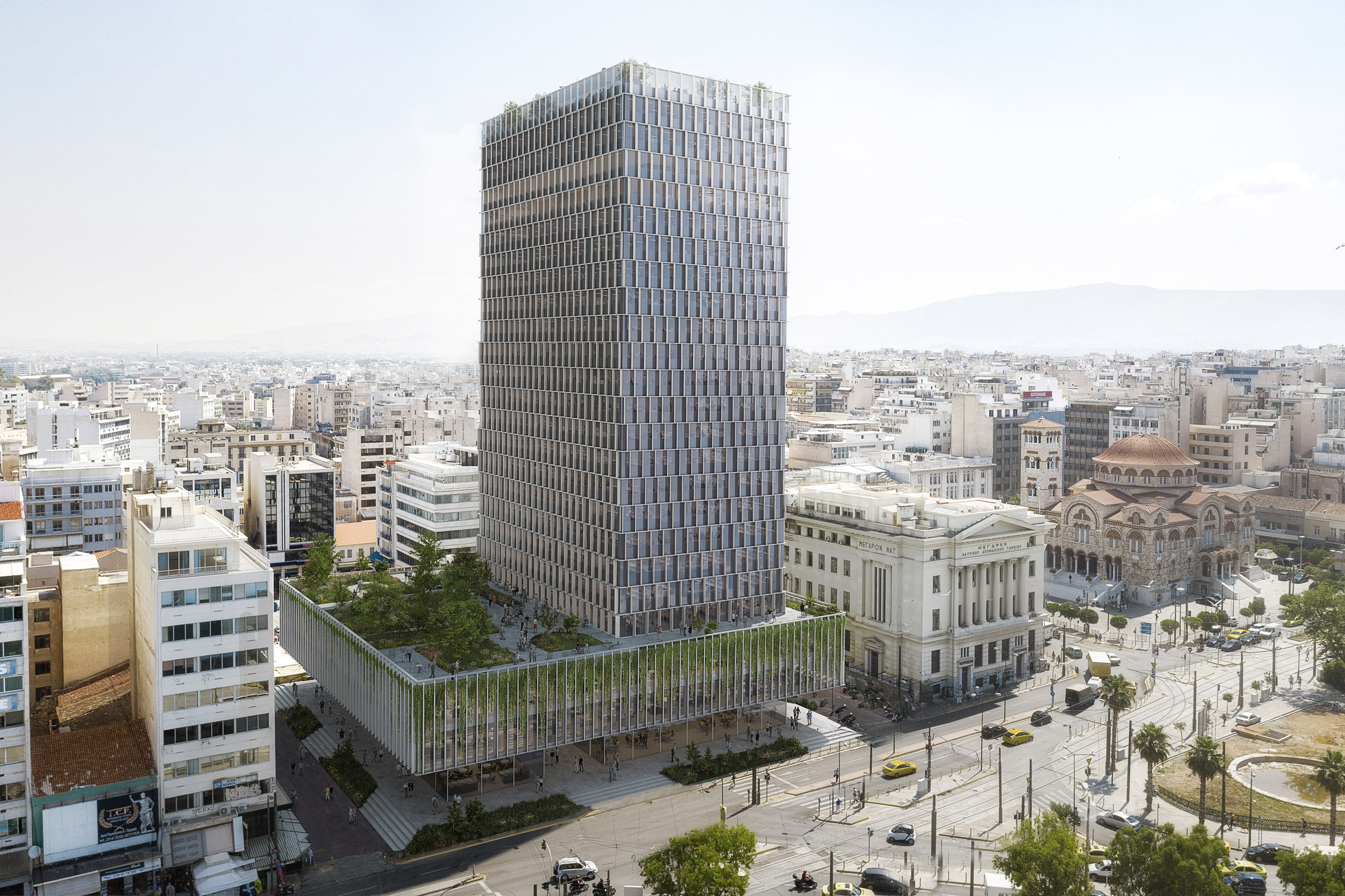 The shell of the 84-metre-high office tower, which designed by the architects I Vikelas, G Molfesis and A Loizou, was completed in 1975, but only the three floors within the podium were ever occupied. For the past 45 years, the remaining 21 floors have remained empty.

From 1985, buildings in the wider Athens area have been restricted to a height of 27 meters, meaning the tall office tower dominates the Piraeus port area.

PILA designed the facade so that it would present different appearances to different areas of the city. 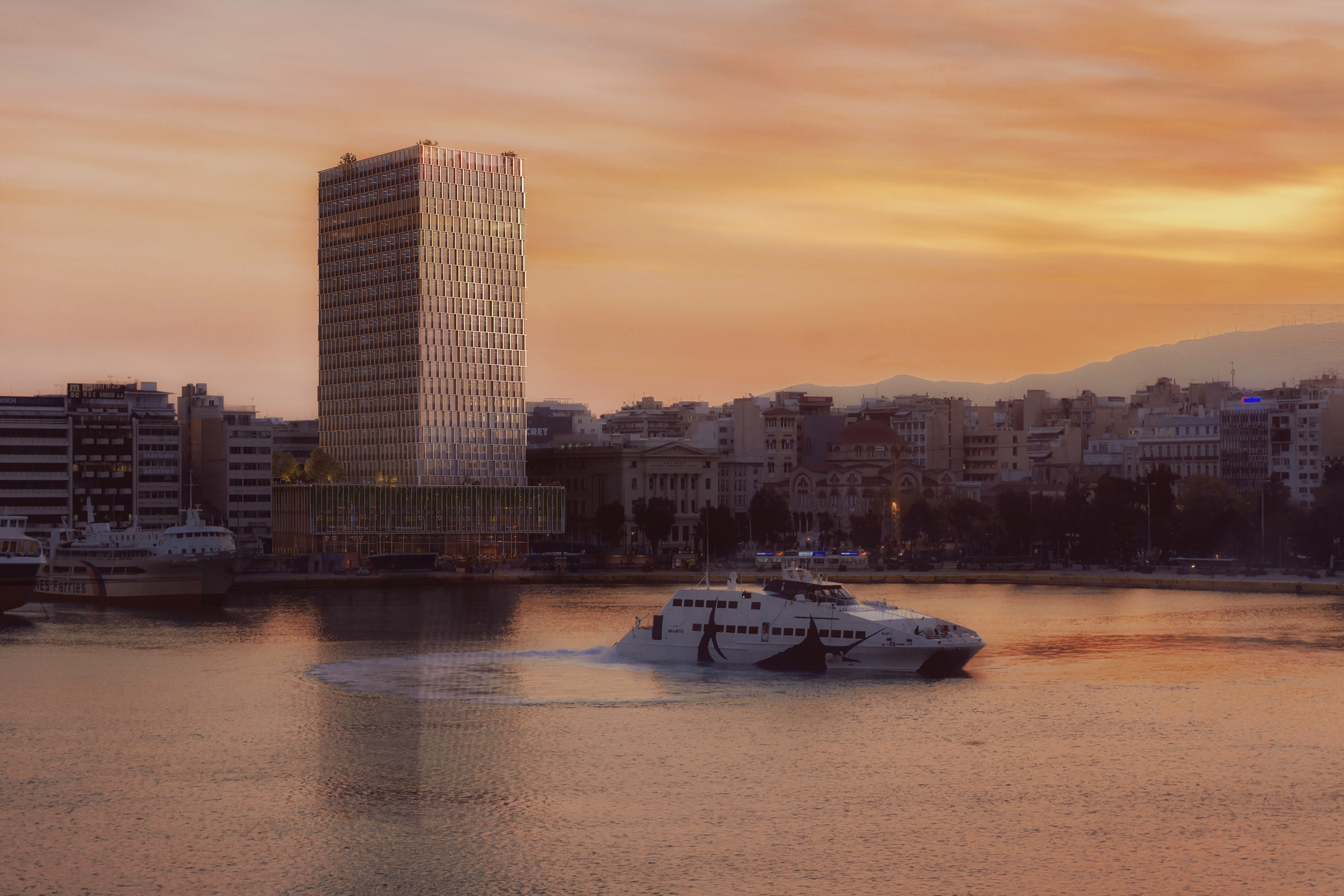 “The Piraeus Tower is highly visible in the city so we wanted to create a facade that engages with the multiple scales of experience whereby one perceives the tower,” explained Papageorgiou.

“Depending on where one is standing, the building might appear more unified, transparent or solid.” 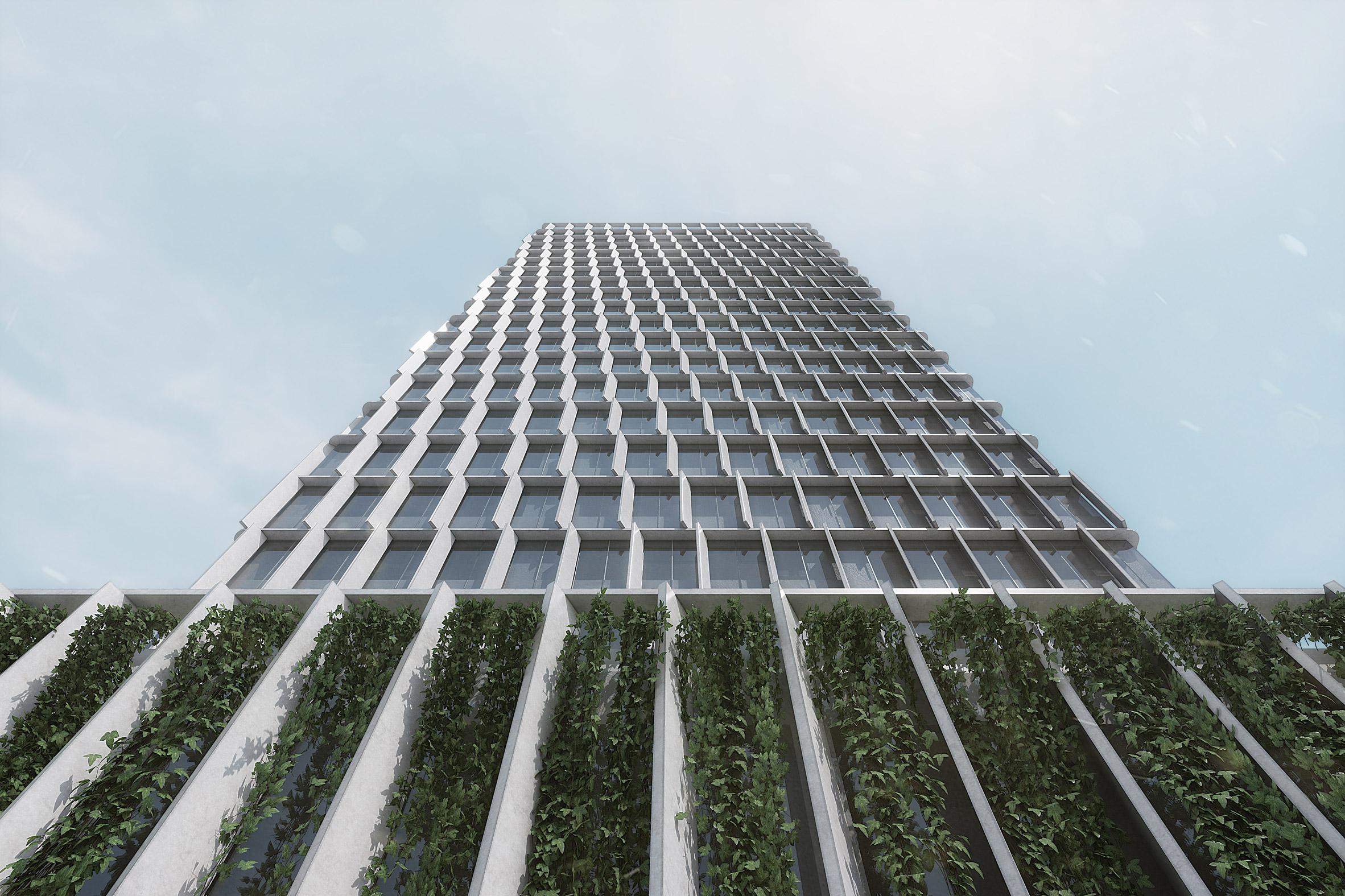 The facade, which was designed with engineer Eckersley O’ Callaghan, will be divided vertically by horizontal louvres between each floor, while multiple vertical fins will shield full-height glass windows.

This shading system was developed following a solar study to reduce the building’s solar gain. 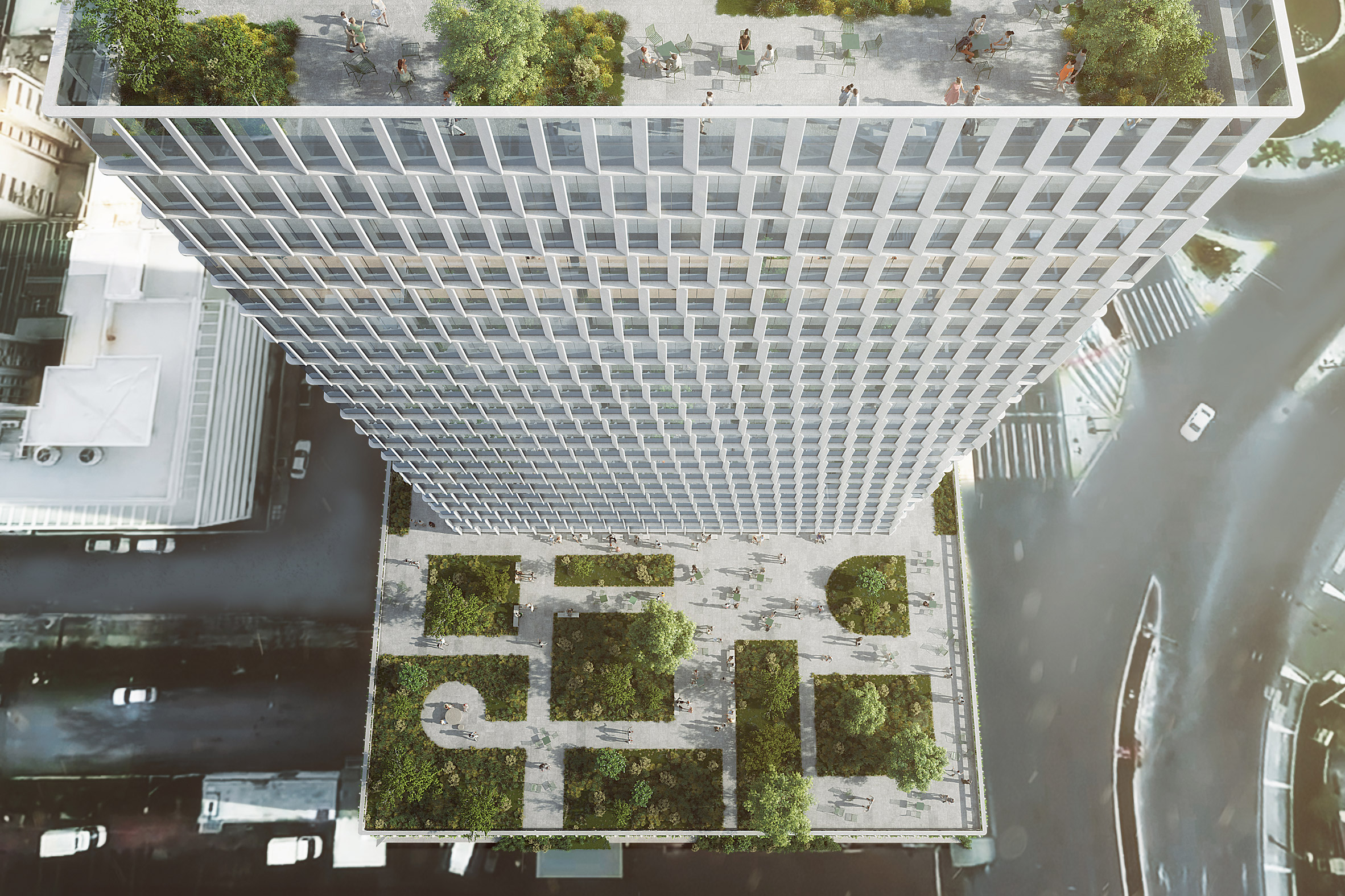 According to the studio, the facade system will also allow the building’s original concrete structure to be partially visible from the surrounding streets.

“We were impressed by the robust reinforced concrete structure of the existing building that stands there for 45 years,” said Papageorgiou.

“The new facade acts as a soft veil that under different lighting conditions allows glimpses of the existing structural grid of the building.” 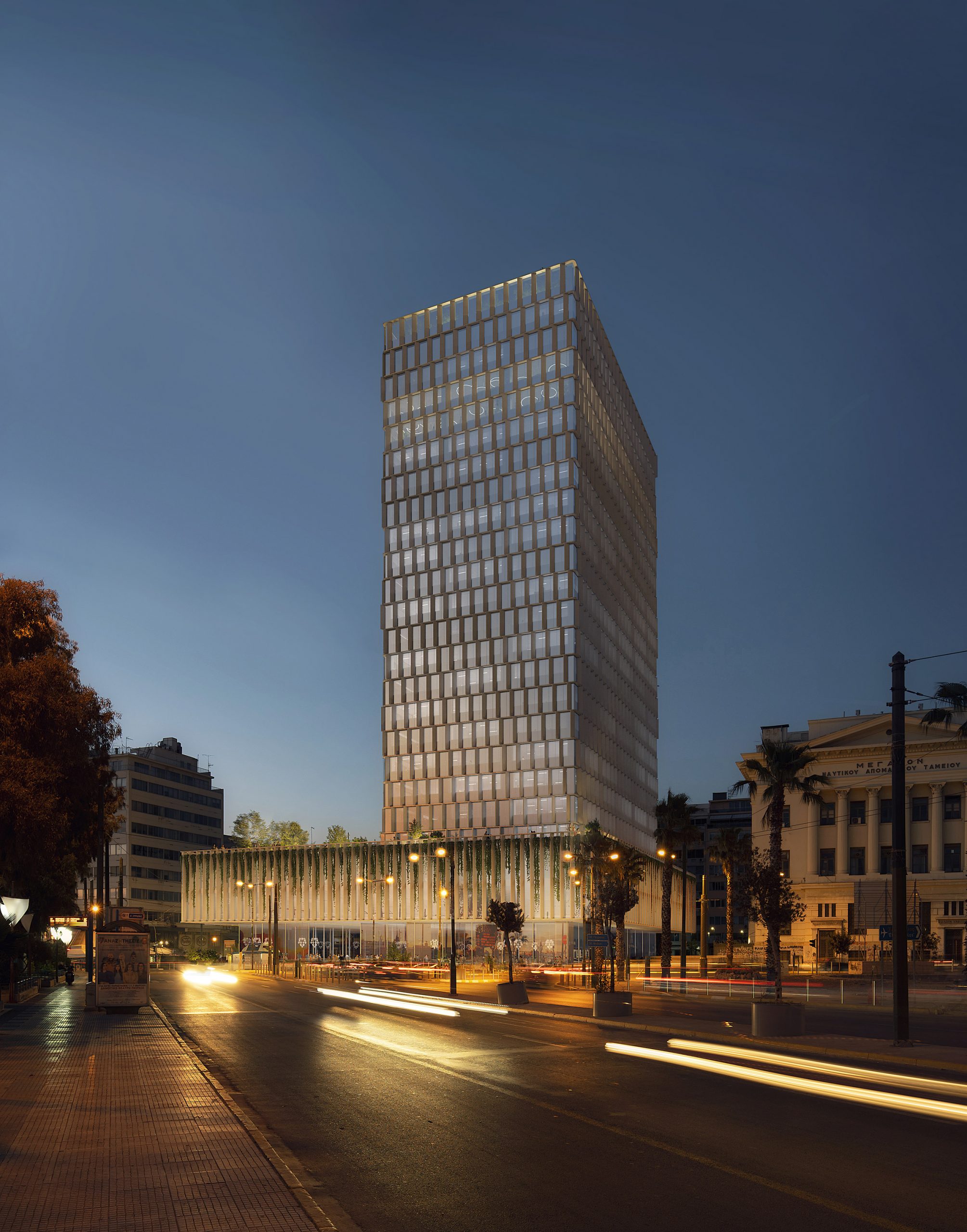 The rejuvenation of Piraeus Tower is expected to be completed is 2023.

Papageorgiou hopes that the new facade will offer a completely different character to the original “monolithic” building and help it integrate into the city.

“The original facade emphasises the monolithic volume and stands out in the urban fabric,” he said.

“With the new facade, we are focused on the integration of the building with the city not only visually but also in terms of its performance,” he continued. “The goal is to create a highly environmentally conscious structure that drastically reduces its energy demands.”

PILA is an architecture studio with offices in Athens in New York that is lead by Papageorgiou and Christina Papalexandri.

Before founding PILA, Ilias was a partner at architecture studio SO-IL. A documentary showcasing 12 of SO-IL’s temporary architecture projects was screened as part of Virtual Design Festival.