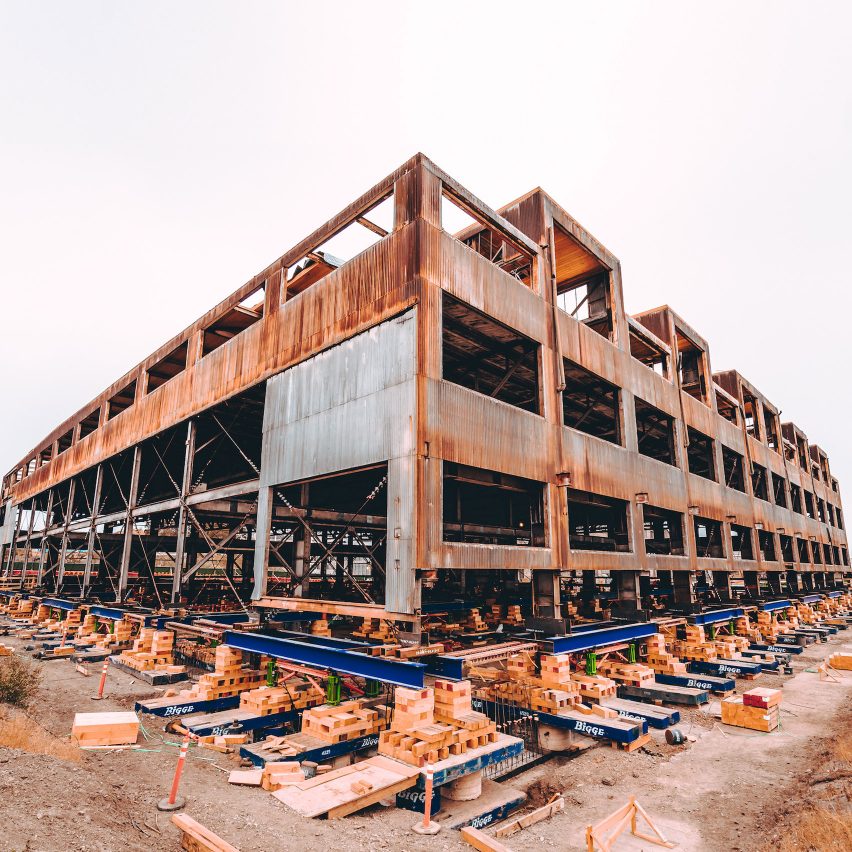 A historic waterfront building in San Francisco that weighs 2,075 tons, the equivalent of 20 space shuttles, will be hoisted up over three metres above ground to protect it from flooding caused by climate change.

Building 12, which was completed in 1941 for America’s shipbuilding effort during the second world war, is being lifted up in advance of a renovation by architecture firm Perkins and Will.

The historic structure will be elevated 10 feet (3.1 metres) above the ground as part of the wider strategy to bolster a new 23-acre (nine-hectare) neighbourhood against rising sea levels – which are expected to increase between 30 and 130 centimetres by the year 2100.

Preparation to lift up the massive structure has taken nine months, while the actual lift process is expected to take two weeks.

Sixty-eight shoring towers have been installed on either side of steel columns to prop the building up, with 136 hydraulic jacks used to lift it up.

The hydraulic jacks pump a liquid that can’t be compressed, like oil, to lift the steel and wood building in increments of 5.5 inches over two hours. They are monitored by computers that ensure that they don’t lift the building more than necessary and shut down the operation if they do.

Other processes involved in the major elevation project include creating a new foundation to anchor footings to bedrock, and placing steel beams between columns to stabilise the building.

After each lift, wood cribbing is stacked underneath the building and then replaced by steel support towers.

Featuring large openings for ribbon windows and an irregular roofline, Building 12 was originally used for the production and fabrication of steel plates for ships’ hulls on the former shipbuilding site.

It will be turned into workspaces for local manufactures, makers and artisans, shops and events space for the Pier 70 development. Another two historic buildings on the site will be overhauled and accompanied by new builds forming housing and waterfront parks.

Pier 70 broke ground in 2018 and is expected to be completed by 2022. The wider plan is designed in response to the estimated rise of sea levels and includes raising the site near the shoreline by five feet (1.5 metres).

The level of the existing shoreline will be left untouched. It will be updated with a pathway that is intended to be lost when water levels change.

Pier 70 is among a number of coastal neighbourhoods and developments designed to be more resilient to the effects caused by climate change, like rising sea levels, flooding and earthquakes.

Architecture firm BIG has also developed a proposal to protect the San Francisco Bay from flooding – including building floating villages connected by ferries, a red-hued cycle route, and a highway for autonomous vehicles.