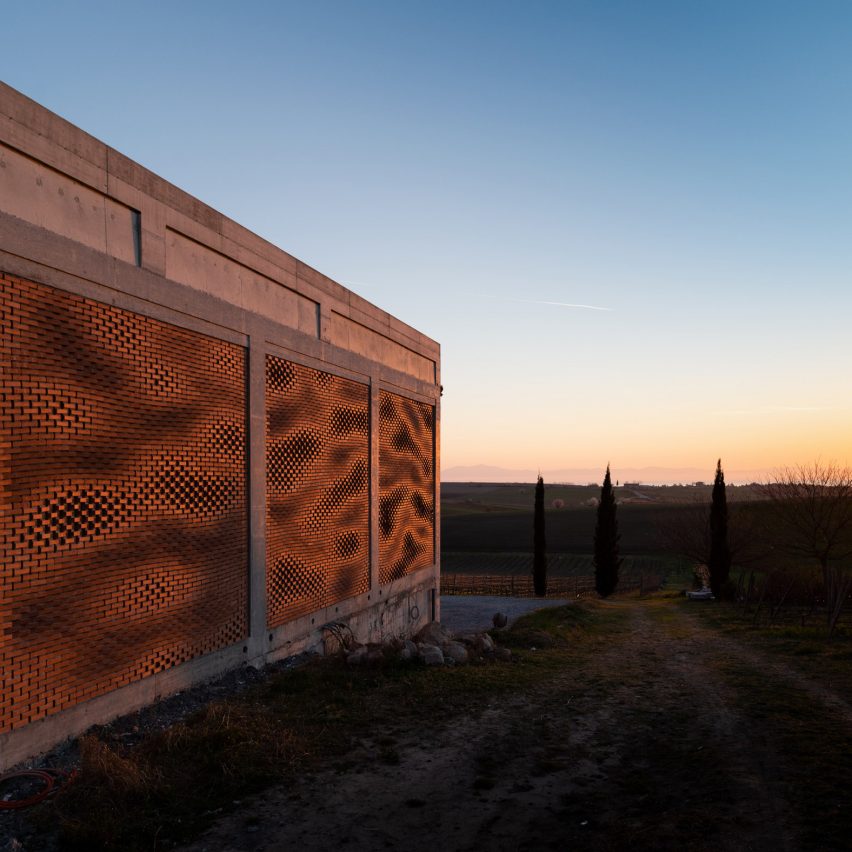 Researchers from Swiss university ETH Zürich have created the facades of a winery in Greece from 13,596 individually placed bricks using a technology they have named “augmented bricklaying”.

Built at the Kitrvs winery in Pydna near the foot of Mount Olympus, the building will be used to process and store wine from the local vineyards.

Its intricate, semi-transparent brick facades were designed by researchers from Gramazio Kohler Research at ETH Zürich and digital construction company Incon.ai. All 13,596 bricks were individually rotated and tilted to create the overall pattern. 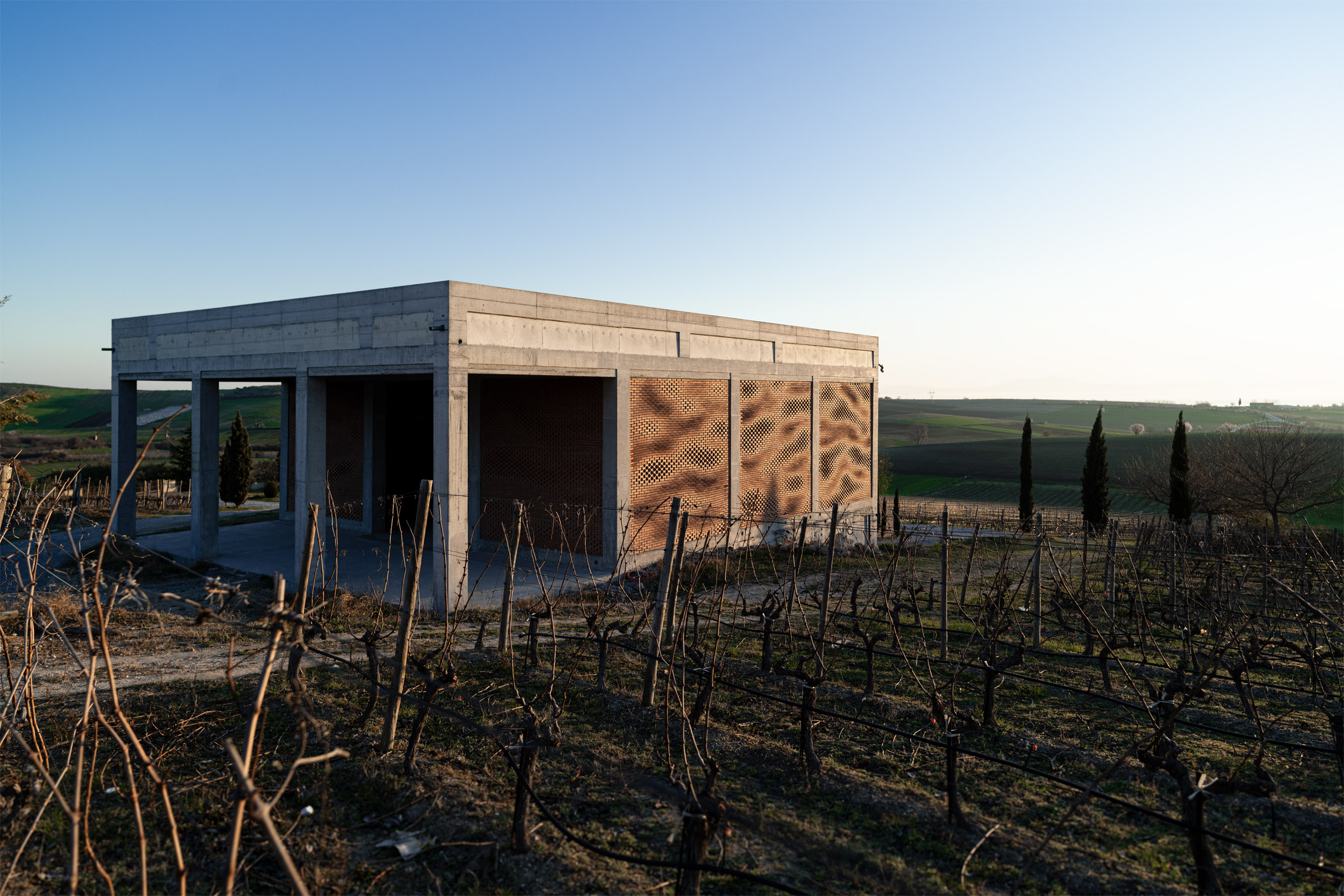 “Each brick had a slight differentiation to the previous brick in rotation and position to create a continuous pattern over the whole elevation of the building,” explained ETH Zürich researcher Daniela Mitterberger.

“The design controlled both, the bigger pattern of the whole building and the rotation and position of each brick. “ 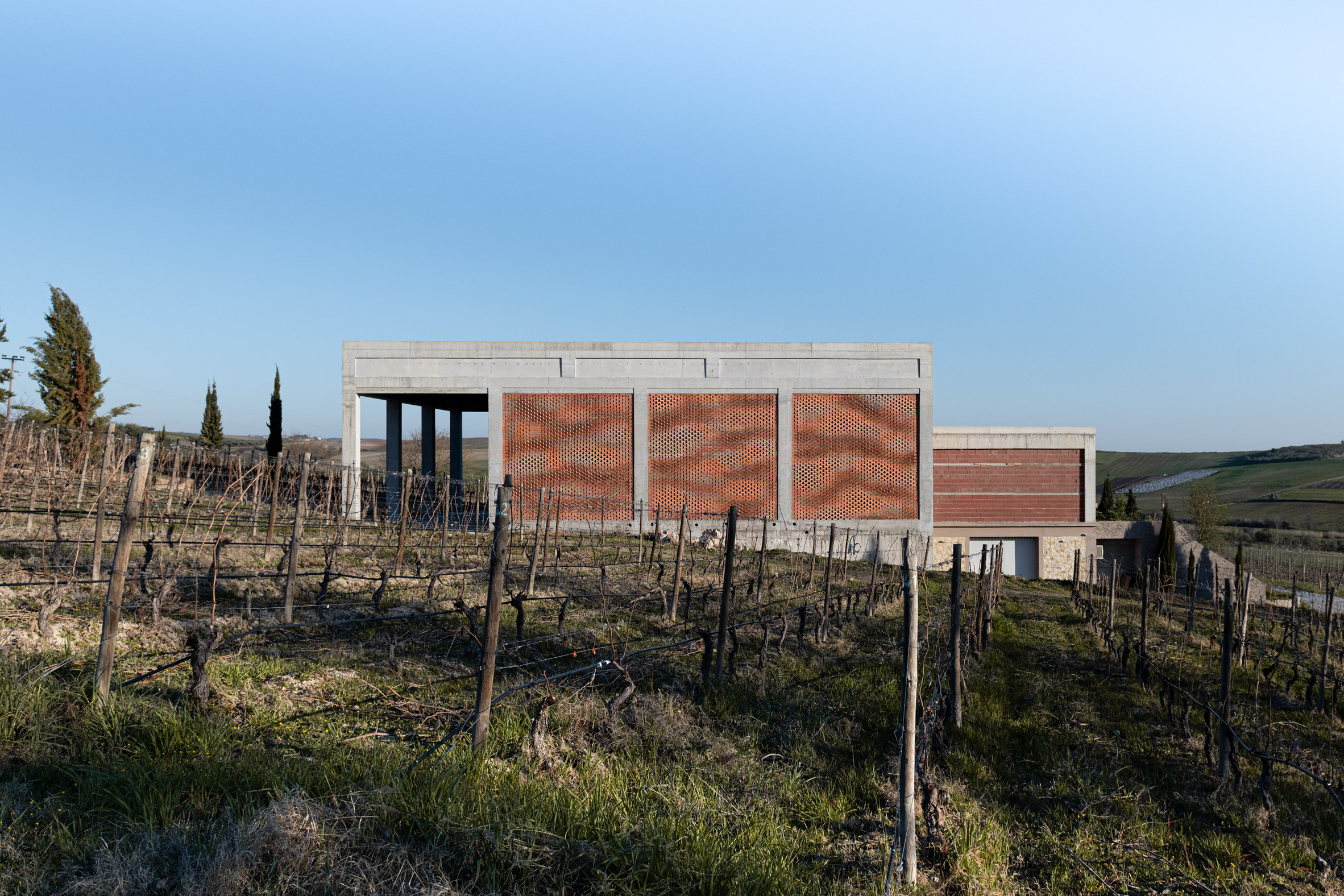 The intricate pattern across the 225-square-metre facades was created using parametric software and then built by masons using an augmented-reality optical guidance system.

“To achieve such an intricate design, a parametric digital design and fabrication model was developed, using Grasshopper software, Compas and Python as a programming language,” said Mitterberger.

“By optically instructing masons with tailored digital information through a custom augmented reality user interface, a direct connection to the digital design model can be established.” 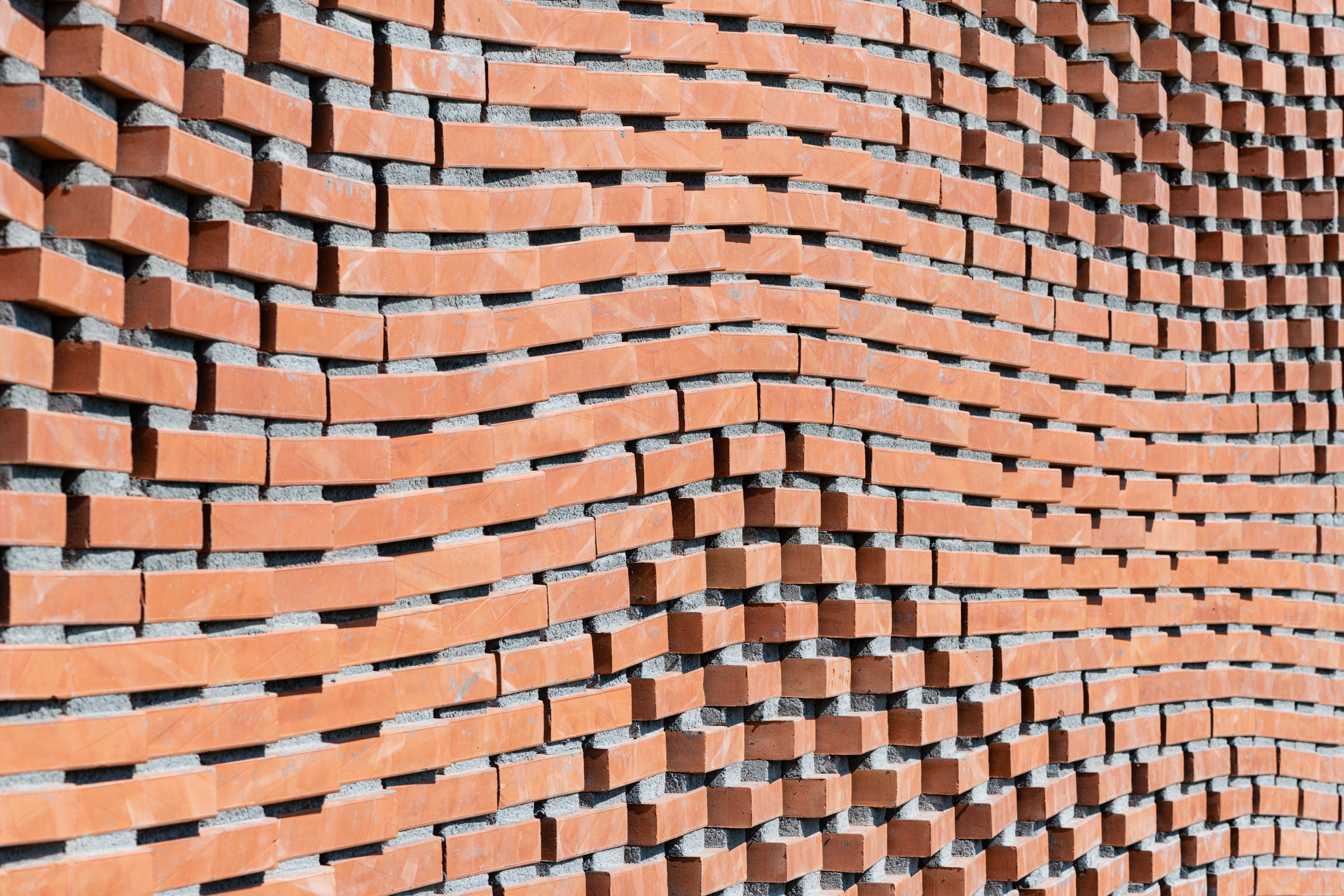 Each individual brick was positioned individually by varying the amount of mortar to create the overall pattern, which is intended to look like light moving across a liquid surface.

“The deviation of the brick courses was achieved through varying mortar heights from five millimetres to 30 millimetres,” said Mitterberger.

“The rotation of the individual bricks was also related to the underlying mortar and ranged from -20 to +20 degrees.” 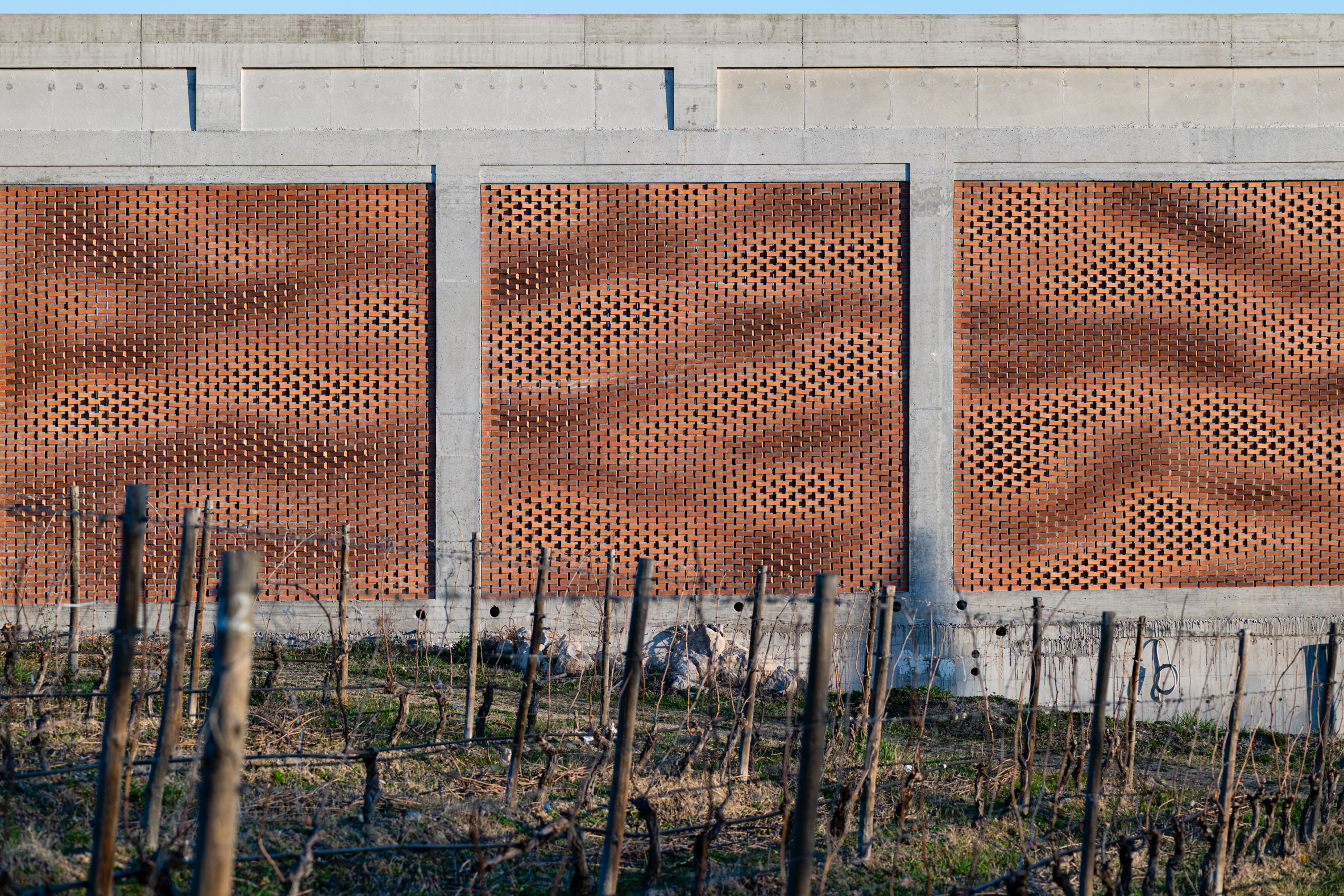 The masons positioned the bricks using an augmented reality interface, which updated the model in realtime when each brick was placed.

“This craft-specific user interface allows masons to intuitively understand where to place the bricks according to the digital blueprint and computationally derived spatial model,” said Mitterberger. 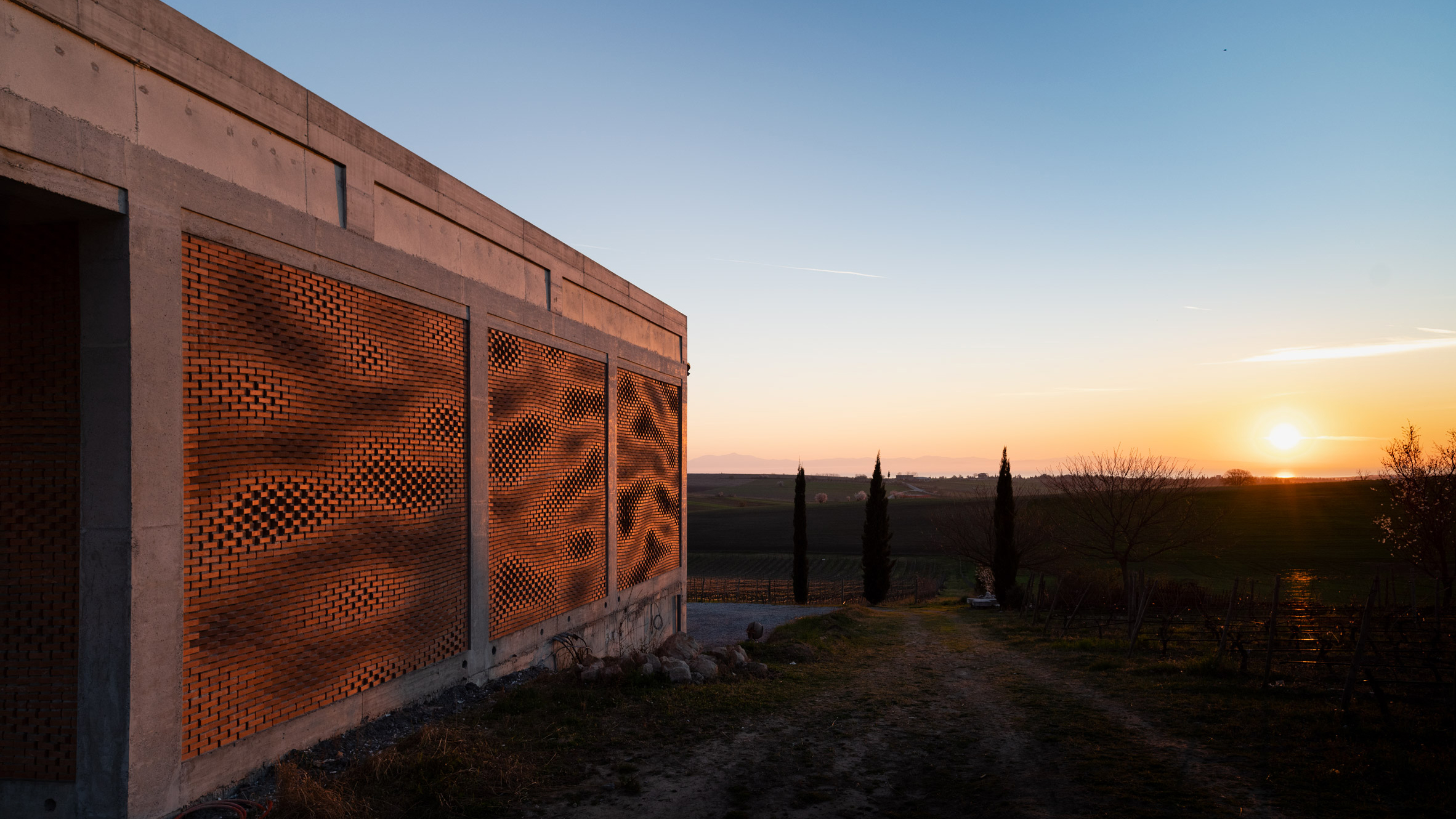 “At the same time, the custom made dynamic optical guidance system tracked already placed bricks and updated the digital model,” she continued.

“The technological innovation of this system uses visual-inertial object tracking features and realtime feedback to precisely relate what has already been physically built to the digital model, exceeding the accuracy of conventional holographic representations used as state of the art in this domain.” 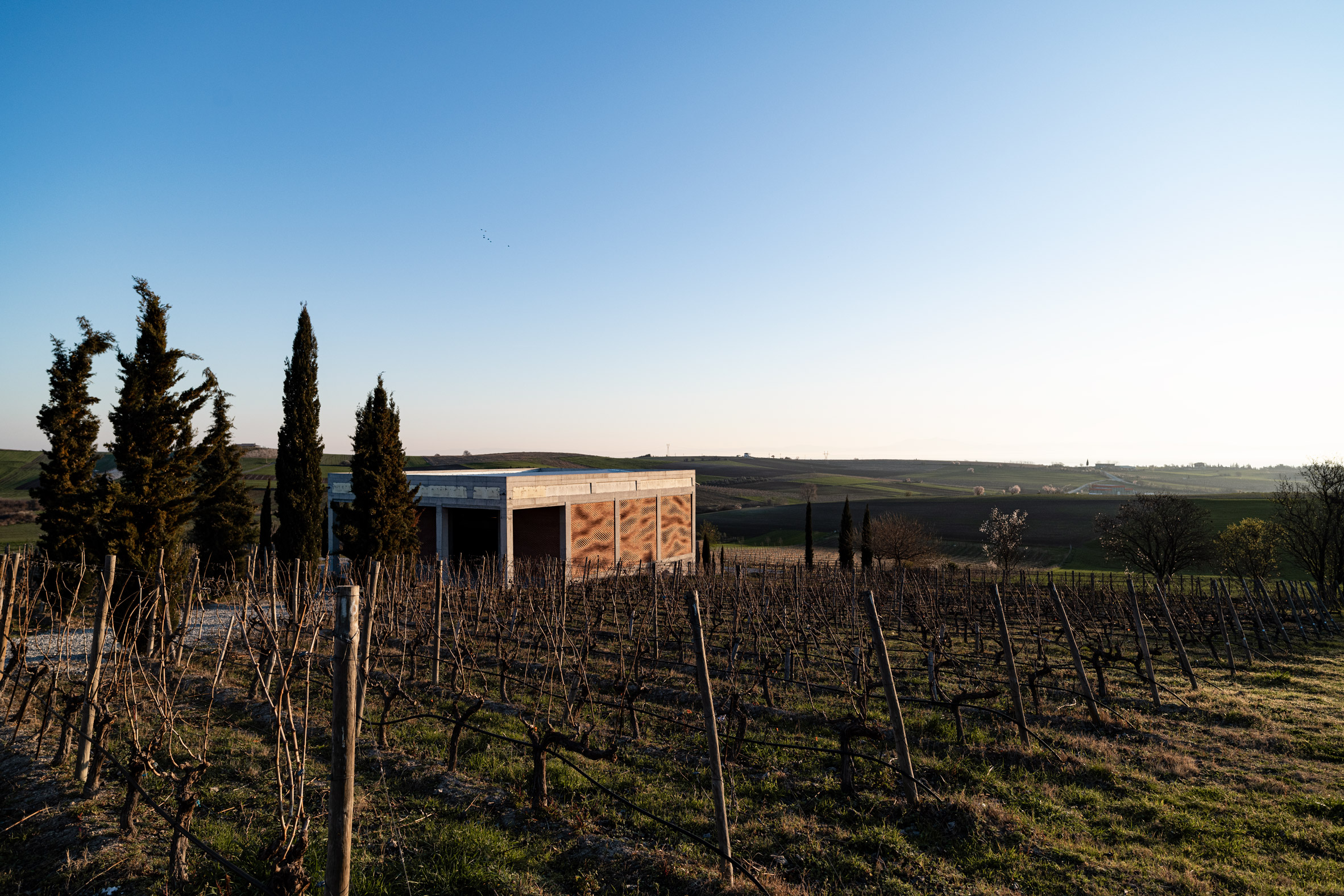 Mitterberger believes that the system demonstrates how technology and craft can be combined to create advanced structures.

“Through the re-introduction of craftsmanship into digital fabrication processes, augmented bricklaying pursues a human-centred approach to the notion of a fully automated building site,” she added.

“Augmented bricklaying can be understood as a way to overcome the known limitations of robotic automation, at the same time expanding the scope of digital fabrication through a socially sustainable model of digitalised building construction.” 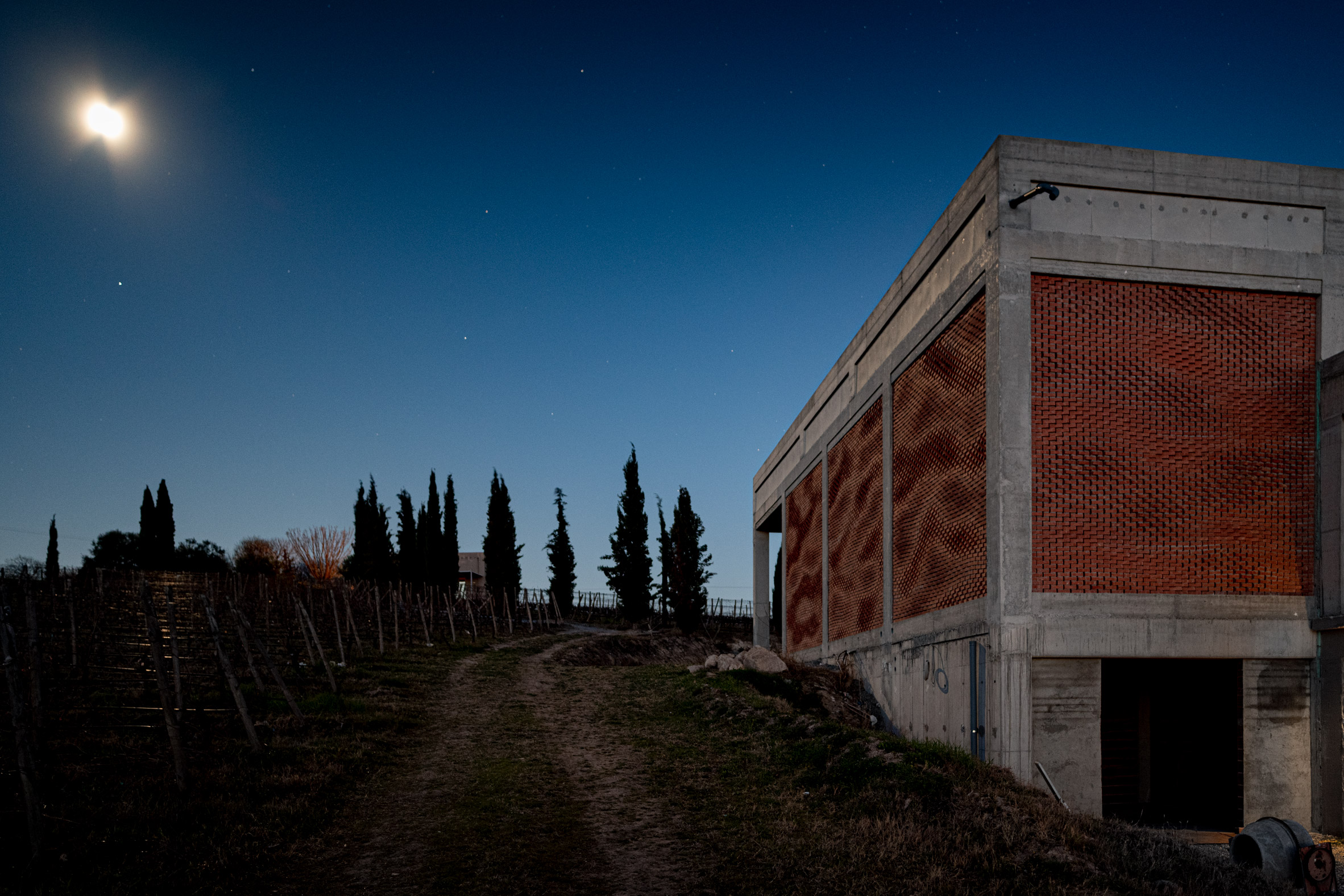 Researchers at ETH Zurich are pushing the bounds of advanced construction techniques.

Recently they created a machine that controls the setting rate of concrete to offer a “seamless transition between casting and 3D printing” and in the past, they pioneered a method of robotic construction, which is being used to create a computer-designed modular house.

Photography is by Michael Lyrenmann.