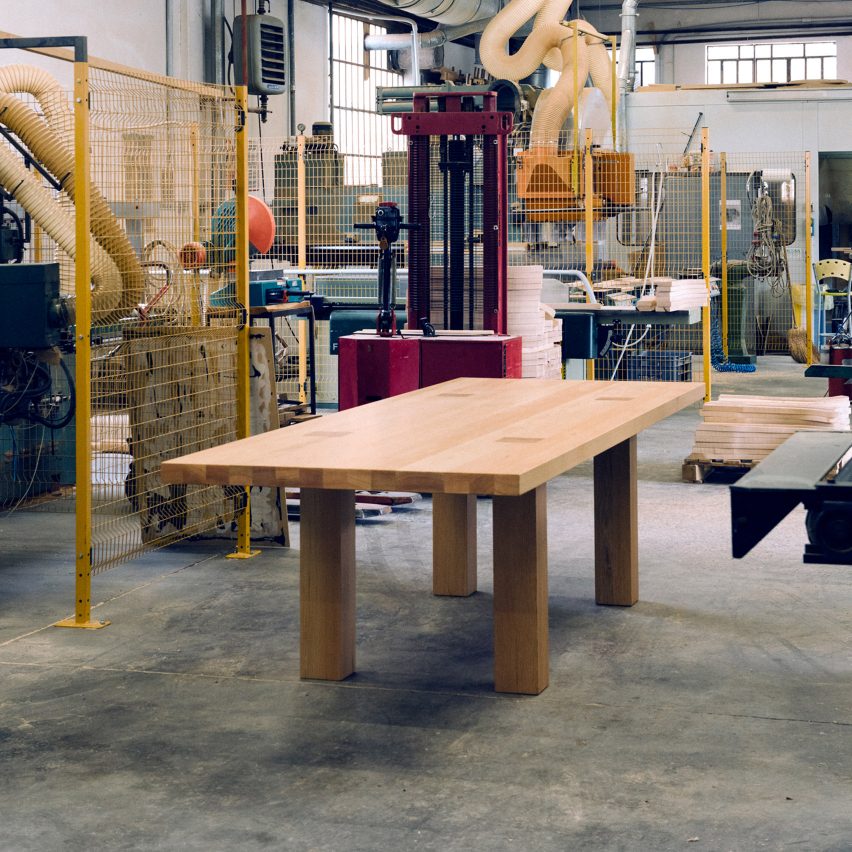 Labelled by Hem as the brand’s “functional hero”, the Max Table measures at three metres long – or 118 inches – and was initially crafted from lengths of Douglas fir wood.

More recent iterations of the table have been made from white pigmented ash wood, which is sourced locally and provides even more durability than its Douglas fir predecessor. 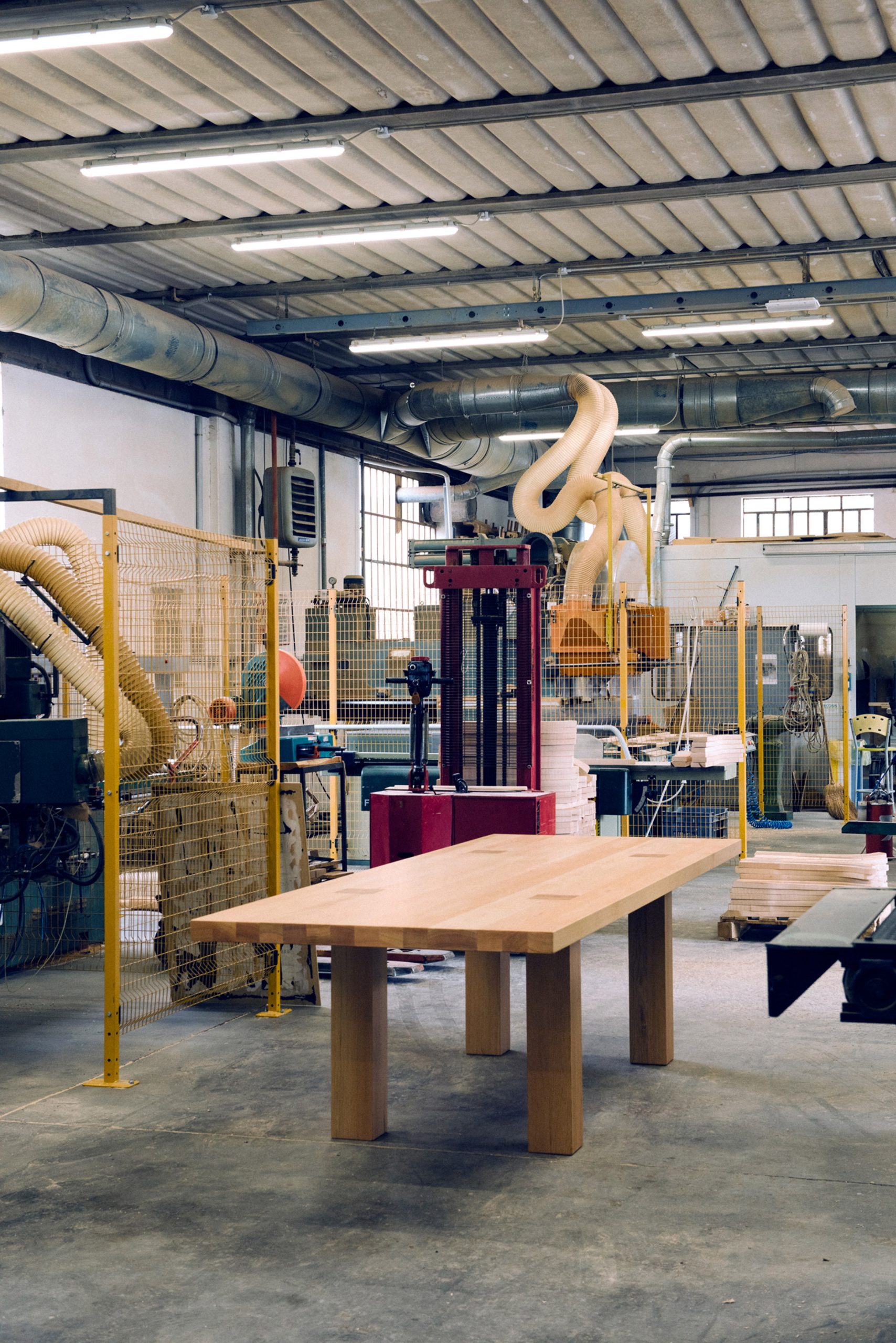 While its design may at first appear very simple, said Hem, the Max Table is “deceivingly sophisticated”, and has been crafted with smart assembly and shipping in mind.

Given the brief of designing “a table fit to jump on”, Lamb constructed the table from two main elements: legs with sliding dovetail joints and table-top panels that are held together with a hidden screw mechanism. When the mechanism is tightened the legs are securely clamped into place. 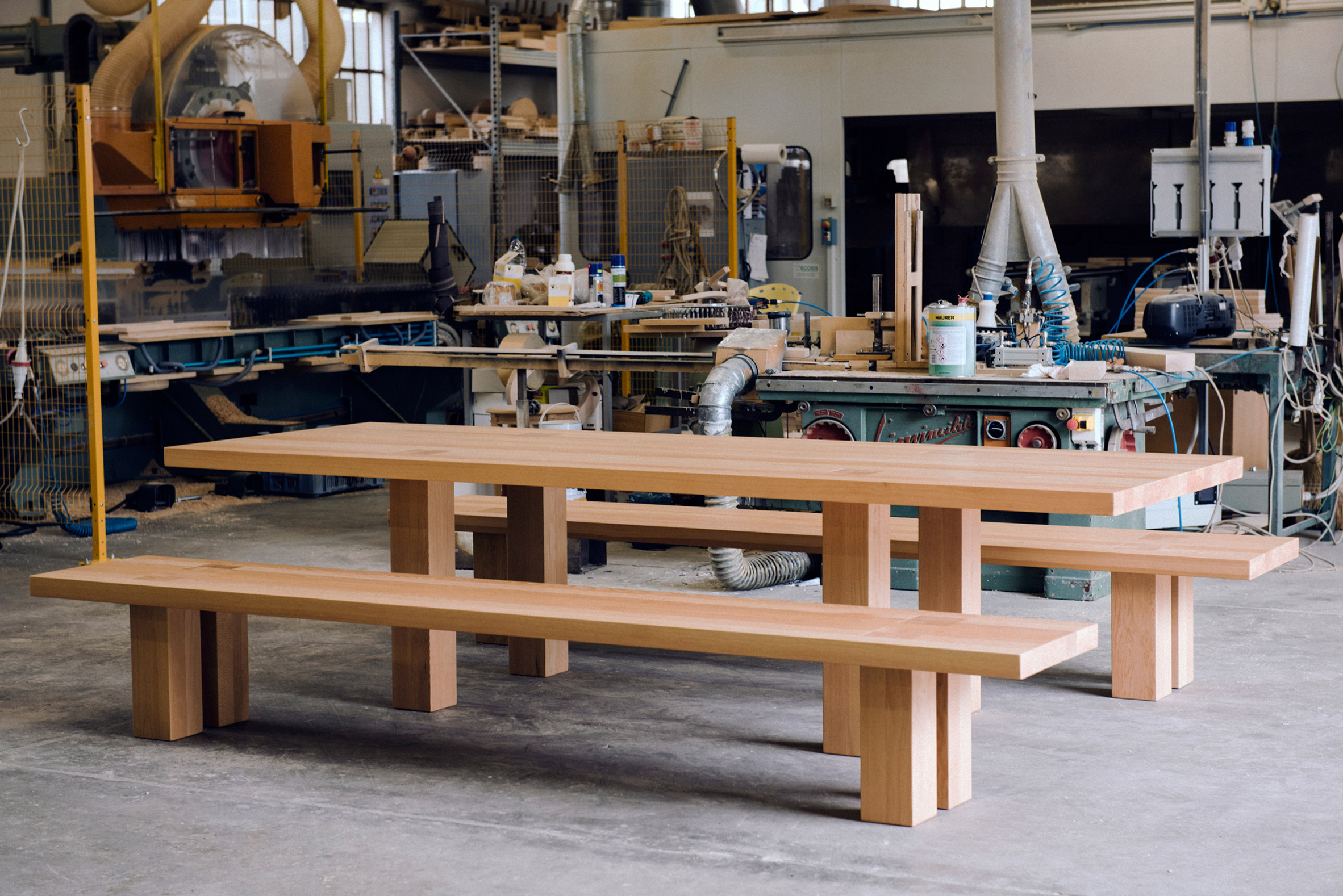 Lamb also designed a matching bench to accompany the table, which follows a similar production process.

The designs were realised in a small family-run workshop on an industrial estate on the outskirts of Padua – a city in the northeast of Italy – that combines advanced manufacturing methods with traditional craft. 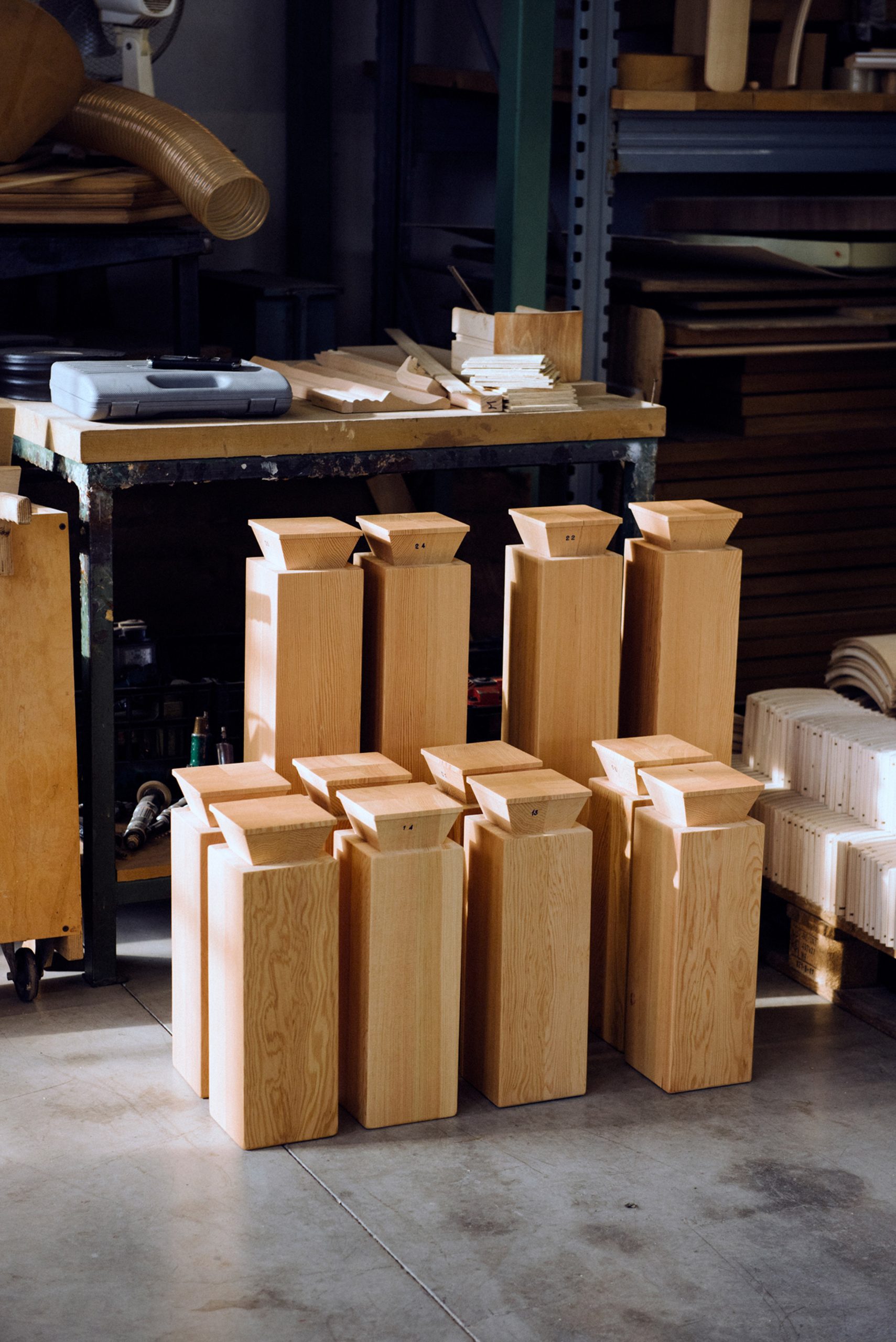 “The more time you spend with understanding how proudly produced and impressively engineered the Max Table is, the more your affection for the product increases,” said Hem’s art director Cristina Poelk.

“It becomes something you want to surround yourself with, something that grows with you,” she added. 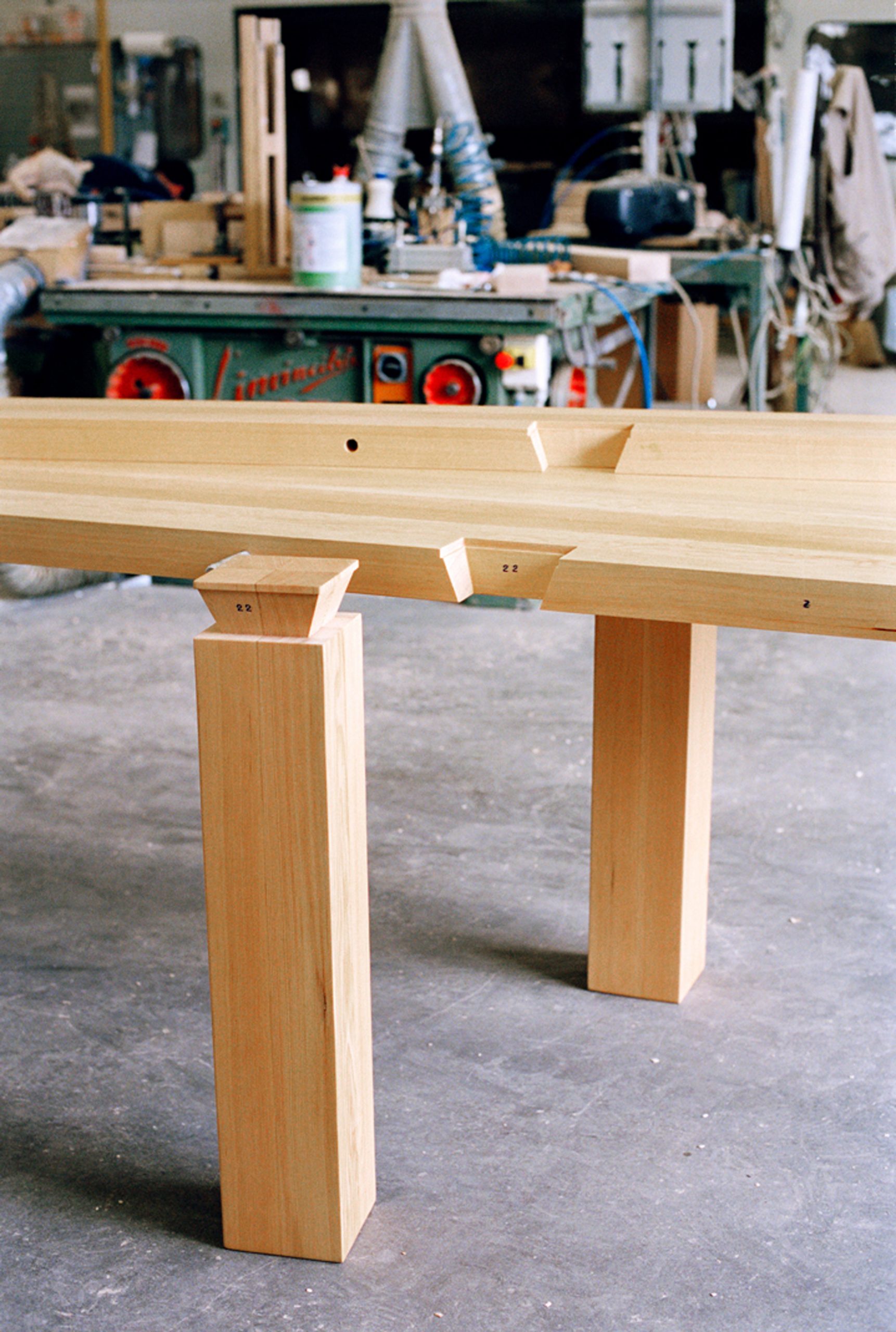 Lamb originally chose to use Douglas fir timber for its “virginal” colour tone and distinctive wood grain, as well as its ability to age well over time after active usage.

“The starting point for any of my designs is the material and my ideas evolve through physical and exploratory processes,” said Lamb.

“With Max Table, I began prototyping with a four-metre-long section of heart oak and became obsessed with the scale, weight and presence of this one fat piece of wood.”

“Max Table represents the power and strength of the Douglas Fir tree from which it is made,” the designer added. 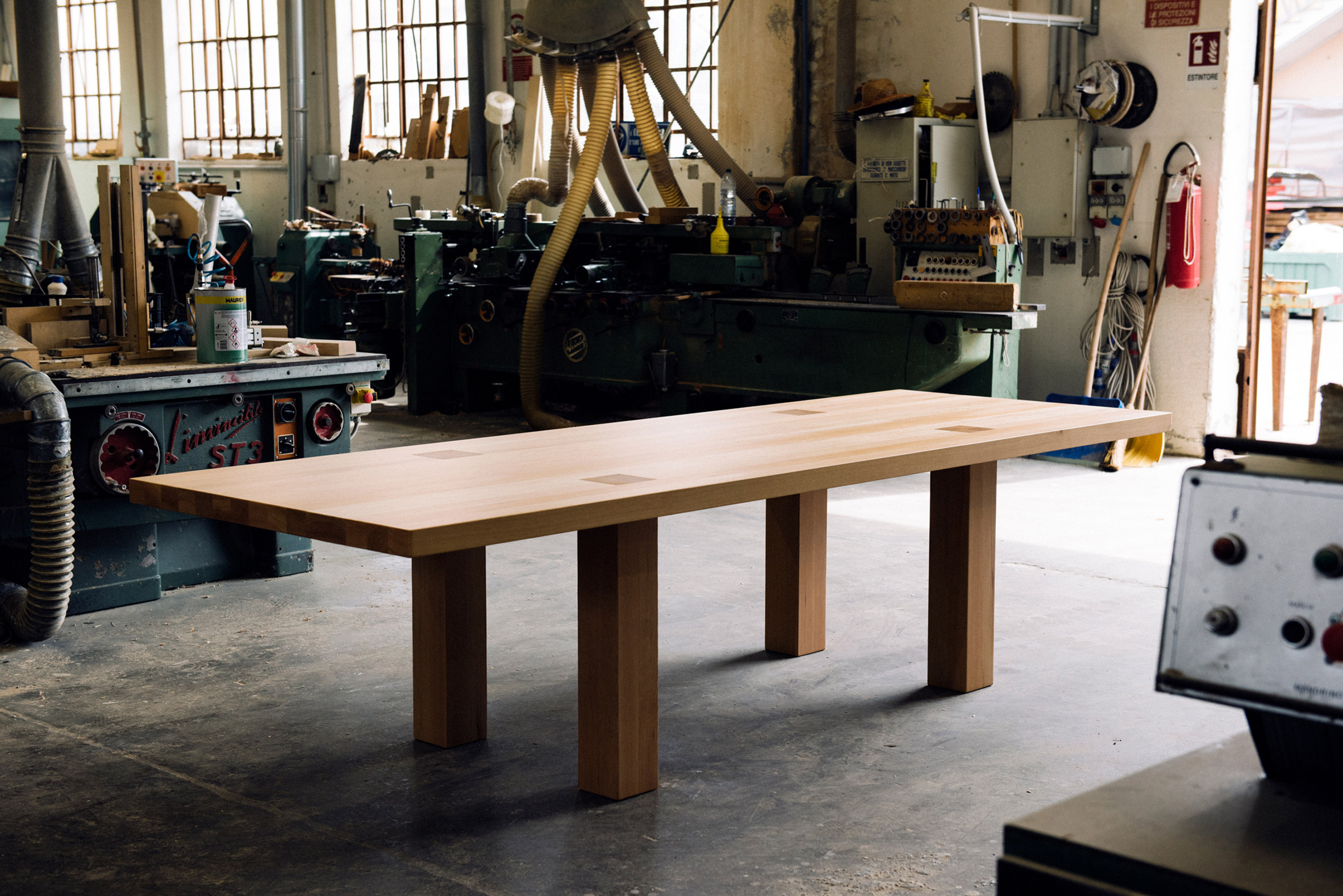 Max Table’s grand size means it is “destined to be a centrepiece” explained Hem, and it is suited to a variety of settings and uses from co-working and conference spaces to restaurants or dinner parties at home.

“With Max Table, our aim was to create a satisfyingly ‘stable table’ which, rather than just being considered as a piece of furniture, becomes part of the architecture of the space it is in,” said Hem founder Petrus Palmér. 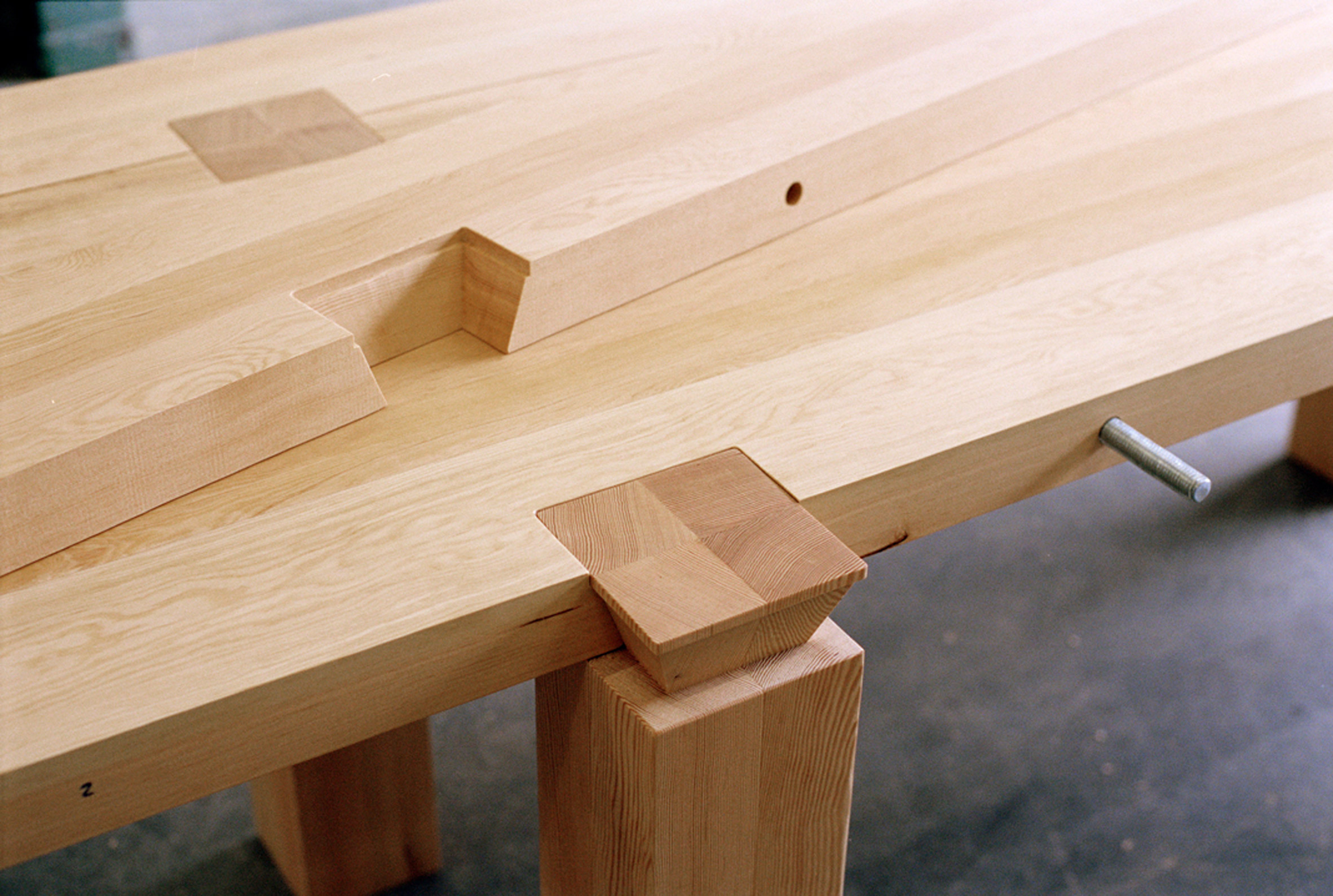 This is the second time that Hem has collaborated with Lamb. The brand launched the designer’s Last Stool collection in 2015, comprising a series of colourful stools made from single sheets of metal.

Hem has worked with many well-known designers since it was founded in 2014, including Philippe Malouin and Soft Baroque studio – the latter of which made a Puffy Brick counter for the brand from jesmonite-injected balloons.