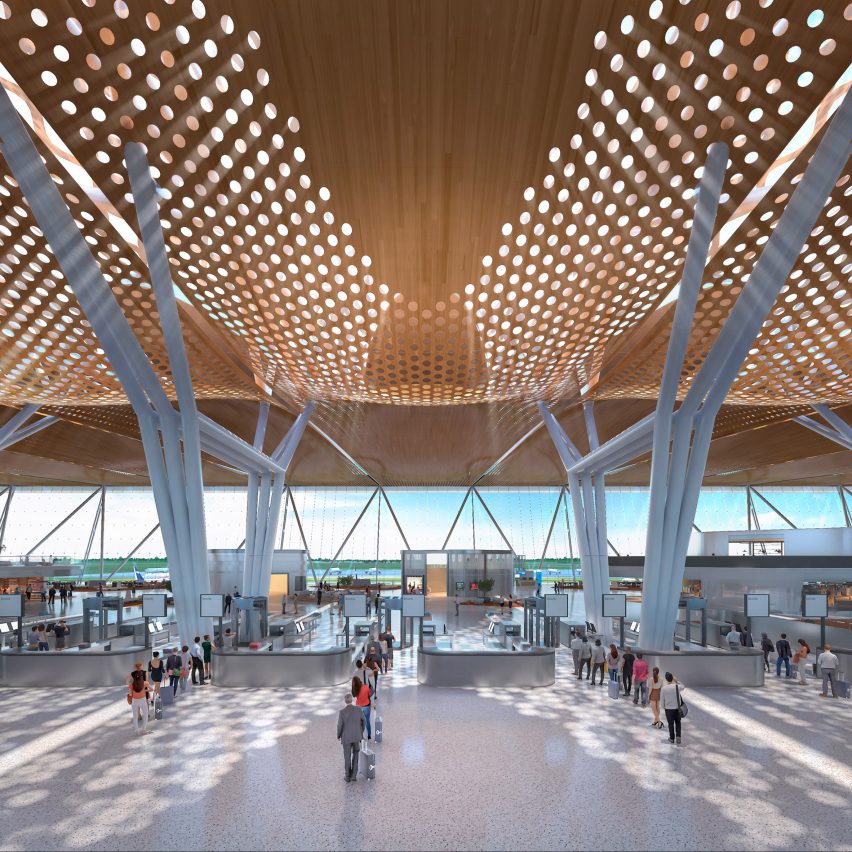 US firm CallisonRTKL has designed a terminal building for the airport in Guadalajara topped with a perforated wooden ceiling to filter sunlight.

The design is for terminal two (T2) at Guadalajara International Airport (GDL), which is the country’s second-largest city after Mexico City. 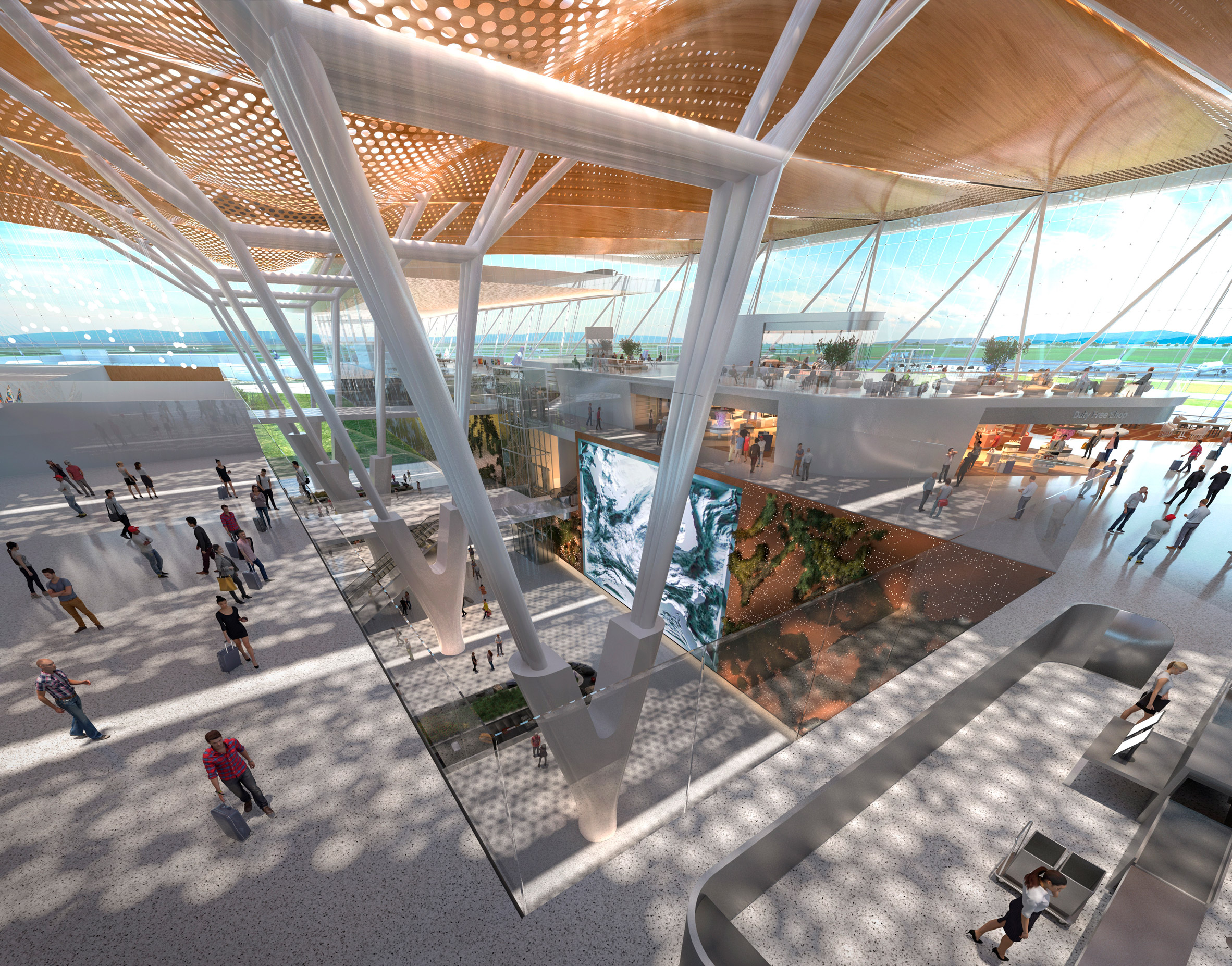 Headquartered in Baltimore, CallisonRTKL designed the project as an addition to the airport’s existing terminal building to cater to a new taxiway and runway.

Renders show a white, rectangular construction with a wavy roofline dotted with skylights. Wood panels form a rippled ceiling inside that is punctured with hundreds of holes for sunlight to enter. 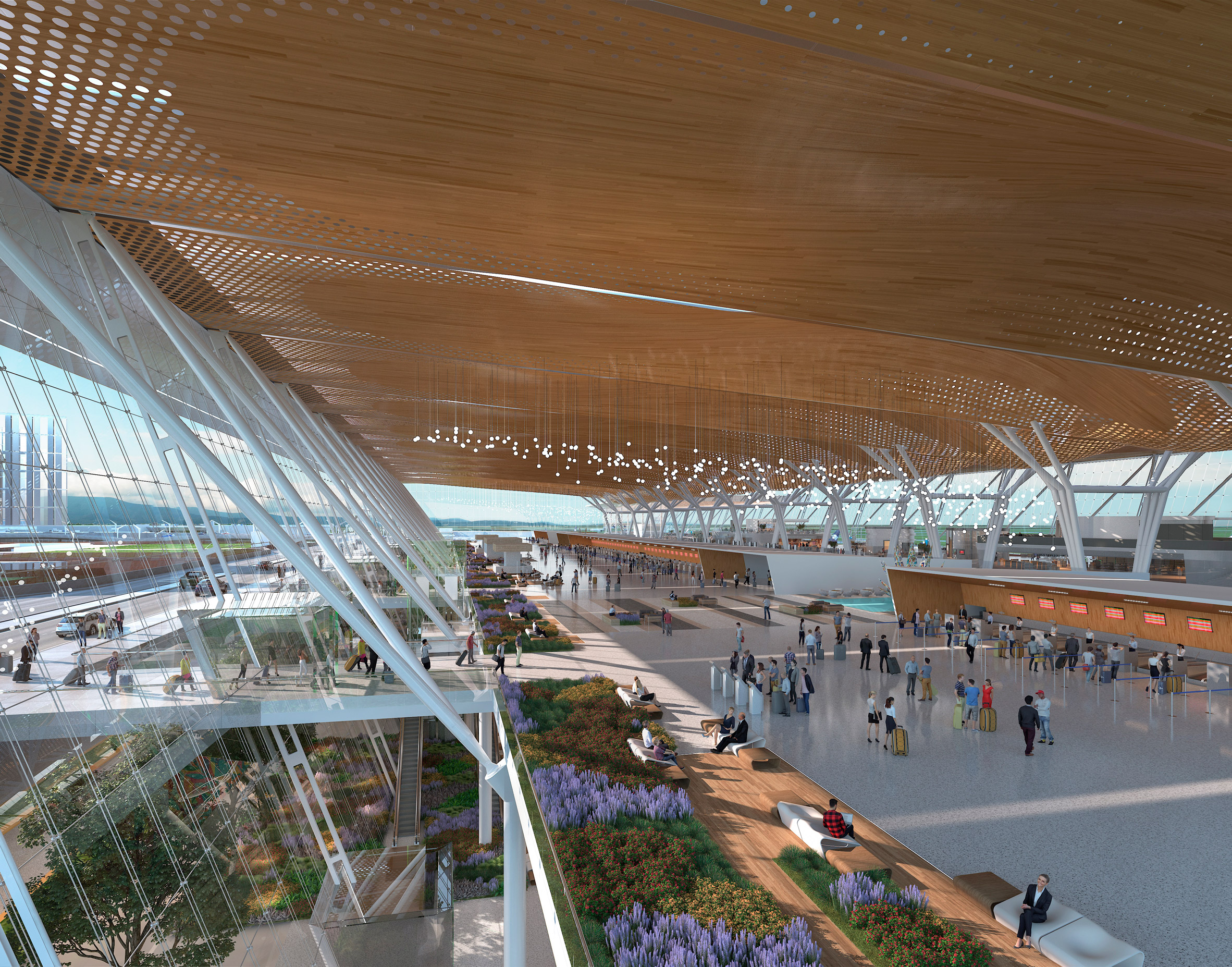 Massive white columns span the three floors of the building to support the triple-height space, while grey terrazzo floors, glass walls, other white portions and indoor plants round out the design.

In the new terminal, baggage claim and a welcome hall will be located on level one, and level two will contain arrivals and a pedestrian bridge. The third level will house ticketing, security, departures, food and beverage and duty-free shopping. 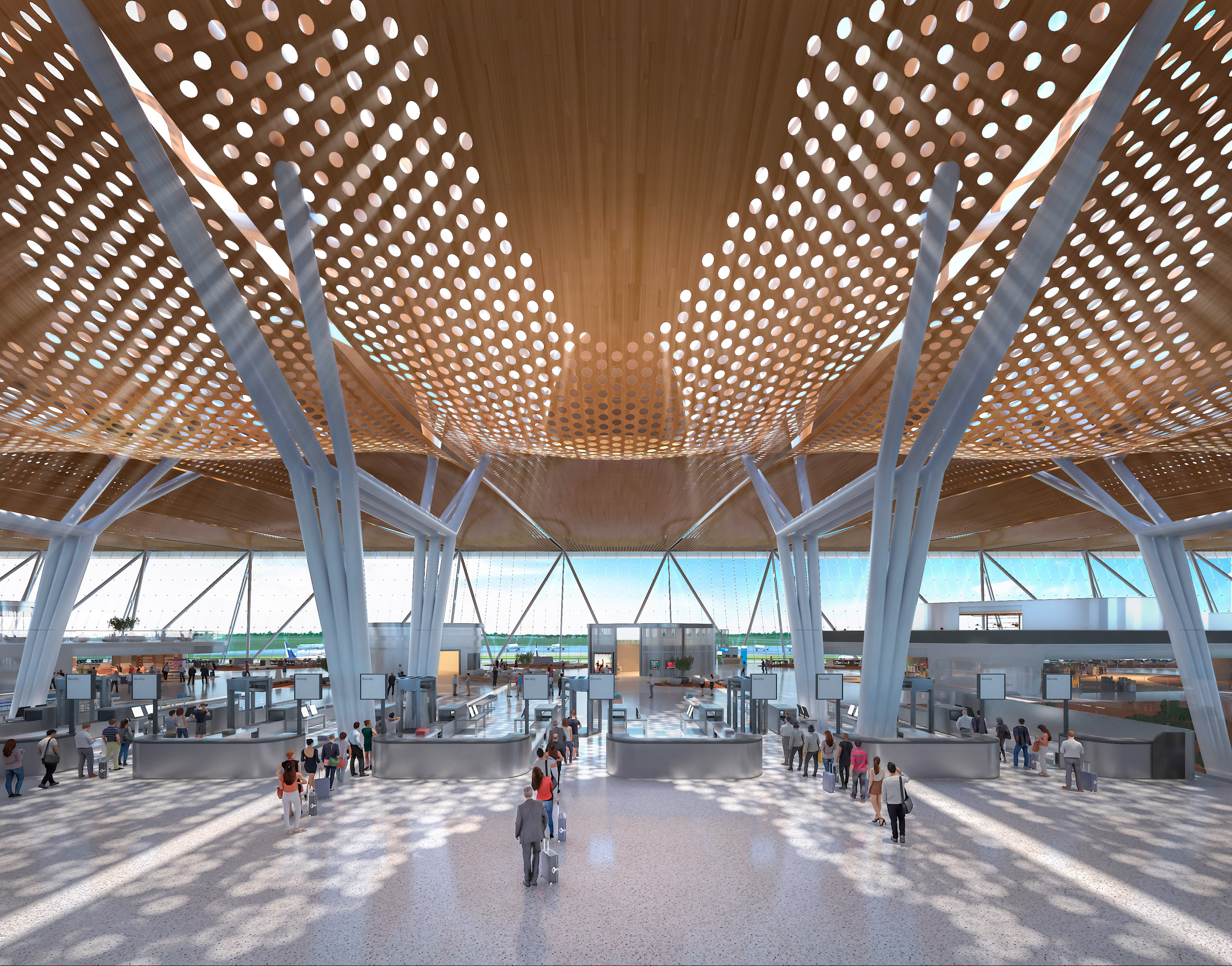 A hotel and a multi-storey parking garage round out the proposal, as well as a circular road that will connect the two terminals and highway access.

Sightlines and wayfinding are prioritised in the design, and the open-plan layout will provide expansive views across to many parts of the terminal. This concept is informed by the “flight” of North American bird Crested Caracara, which is often referred to as the Mexican Eagle and is depicted on the country’s flag. 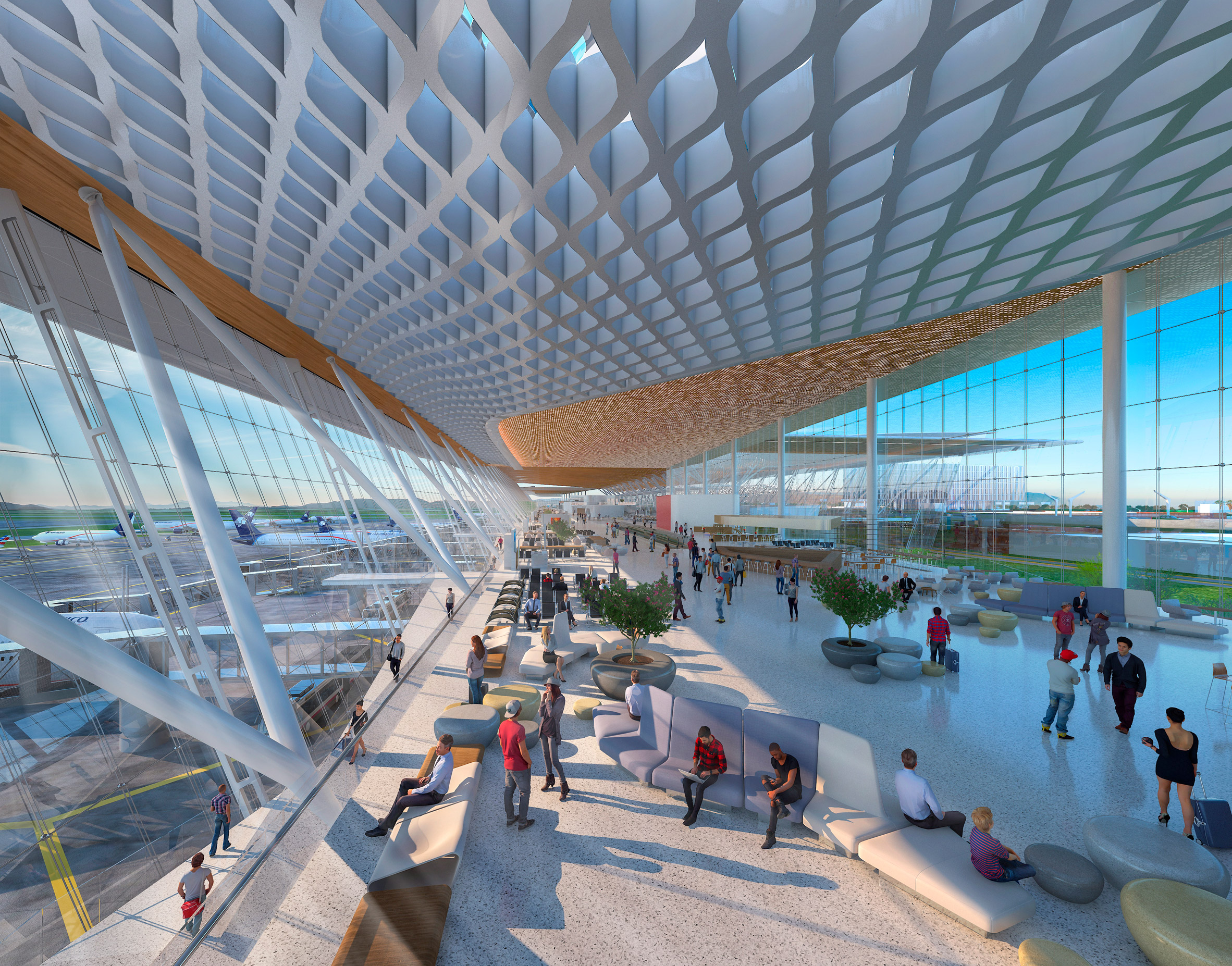 “Our terminal design is inspired by the flight of the Mexican Eagle as it sores thru the sky,” CallisonRTKL said.

“From curbside or airside, the T2 passenger begins an experience that is at once integrated into Guadalajara Airport and unique to this terminal – the journey is easy, fluid, and familiar.”

The firm also drew inspiration from Guadalajara’s arid climate, mountains and native agave plants, which are used to make tequila. These natural elements are reflected in the wood details, plants and green walls. 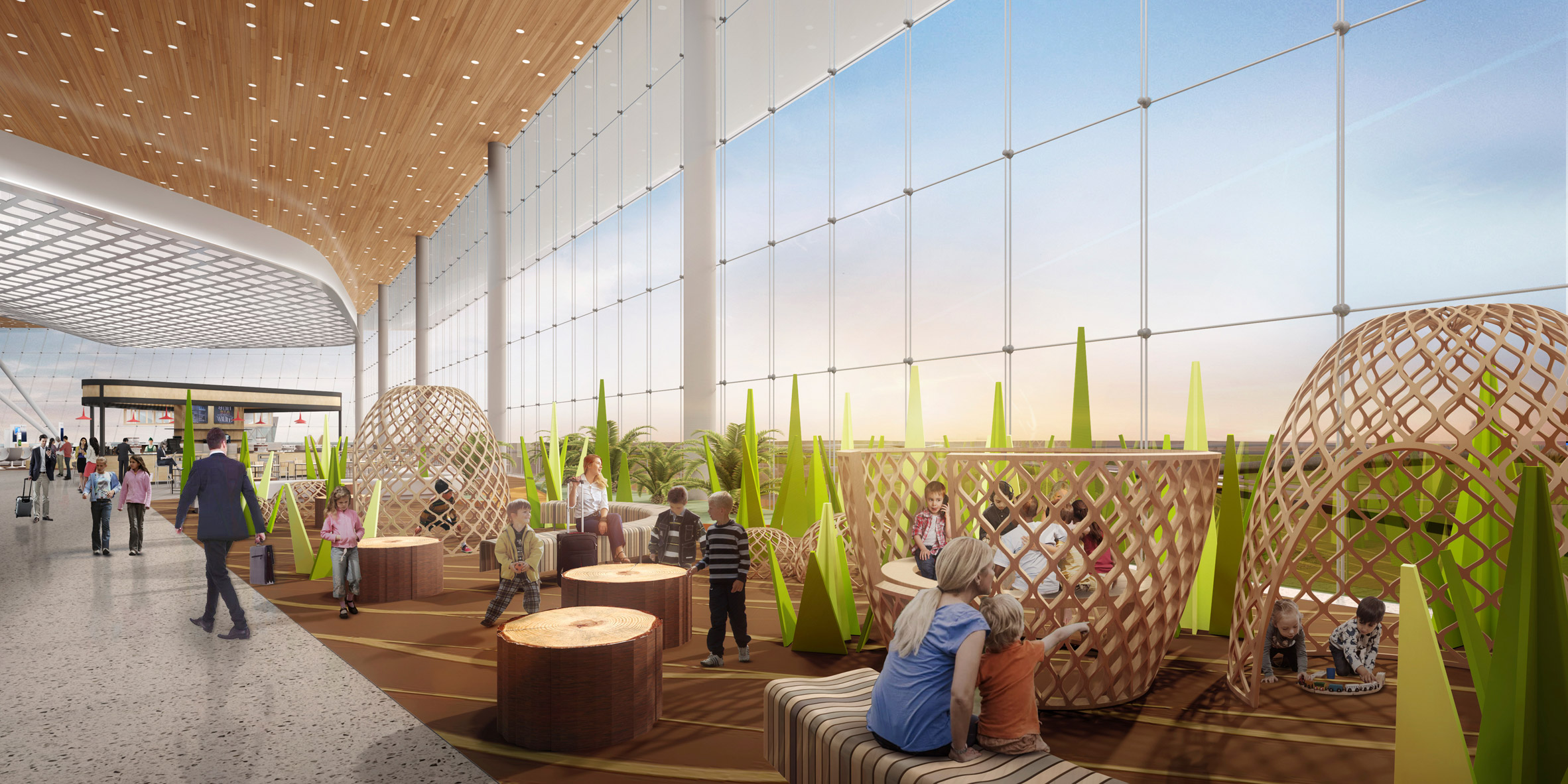 “Beautiful rich canyons considered biogeographic corridors are home to many types of vegetation that are unique to the region,” CallisonRTKL added.

“Our inspiration comes from the vast yet beautiful fields of Agave a genus of monocots native to the hot and arid regions of the Americas.” 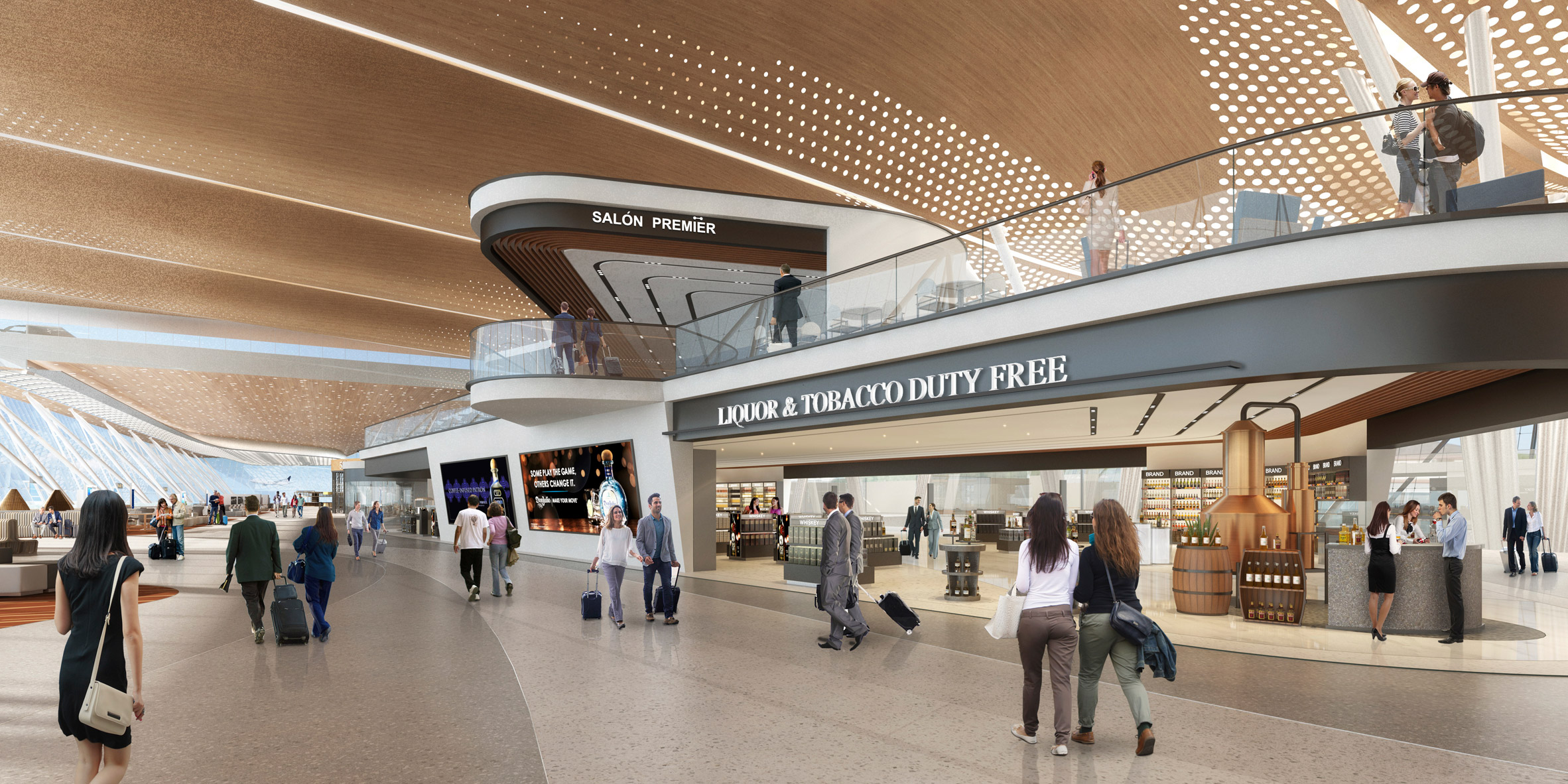 According to CallisonRTKL, the terminal will reduce the amount of carbon in comparison to similar, medium-sized airport terminals making it the first of its kind.

CallisonRTKL claims that while typical terminal designs emit 30,188 metric tons of carbon dioxide per year, the new Guadalajara airport would emit would emit 2,814 metric tons. It said the difference is equivalent to planting 2,800 trees annually.

“A typical terminal this size would emit 30,188 metric tons of CO2 per year, requiring 30,000 trees planted each year to offset emissions,” the firm explained. 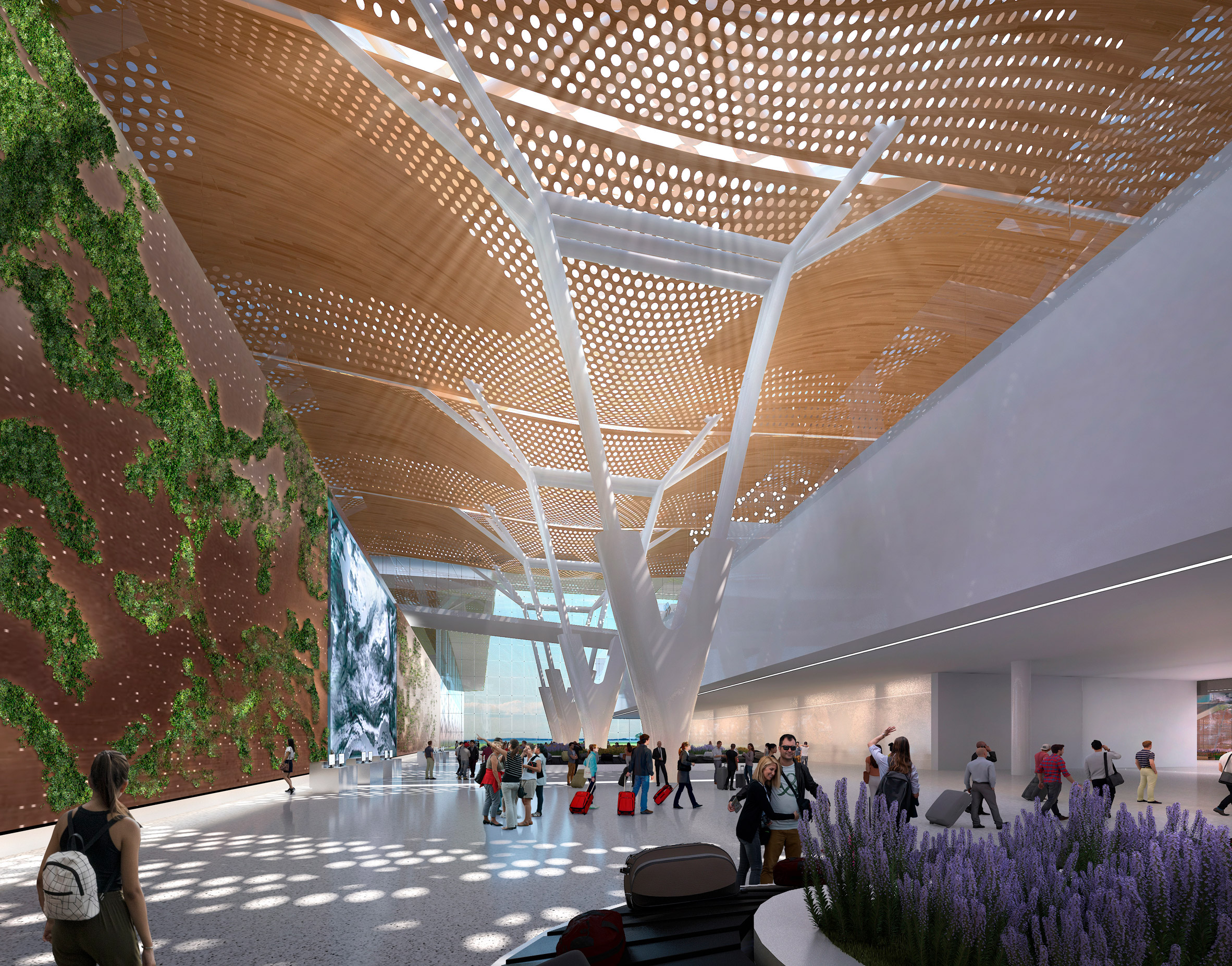 To offset the emissions of a typical airport terminal, the building will include more environmentally friendly energy sources like solar panels, natural light for lighting, and natural ventilation and shading.

“Multiple environmental strategies reduce energy use by 60 per cent and the carbon footprint of the project by 90 per cent, equivalent to planting 27,300 trees every year,” it added. 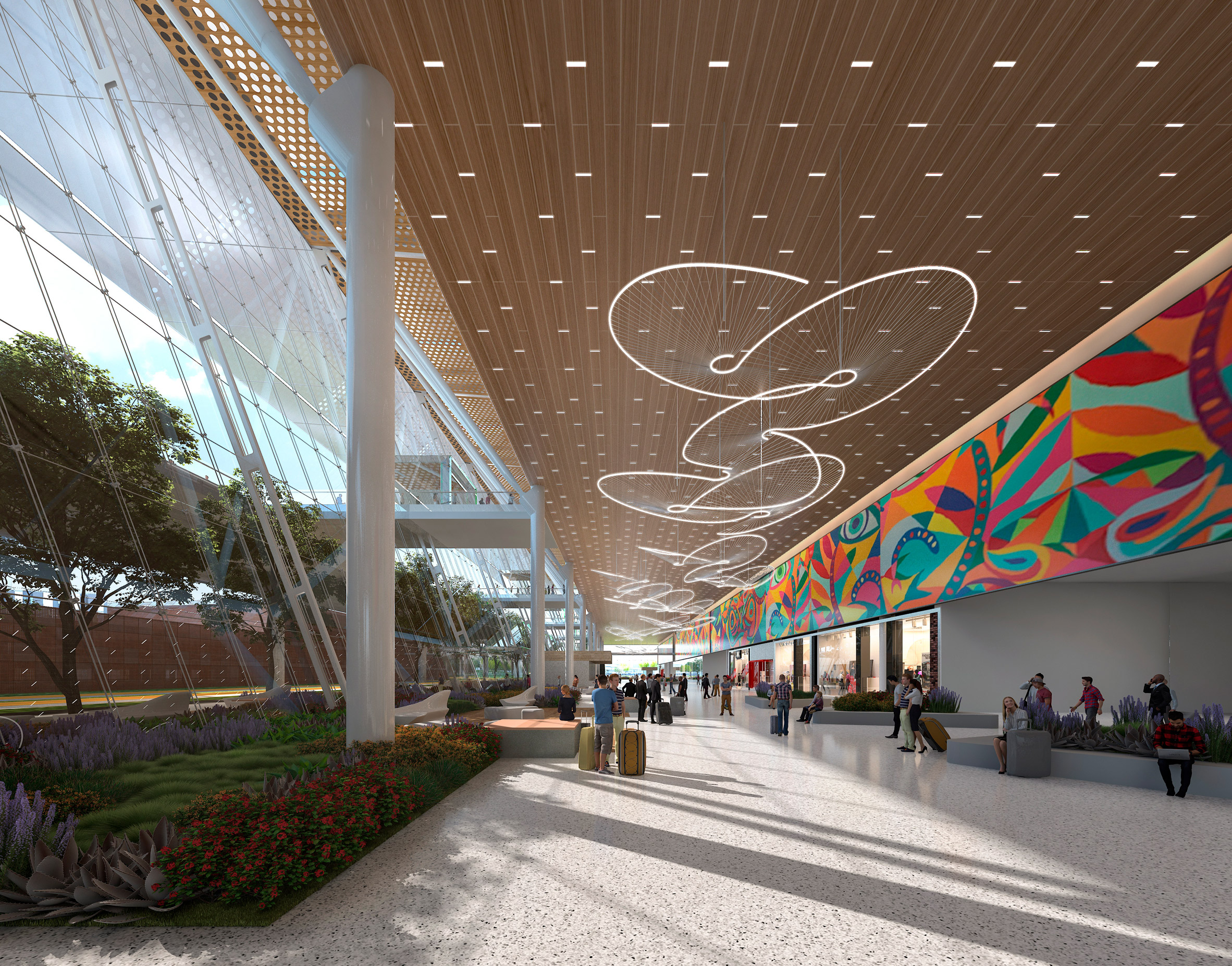 Mexico City was also expected to receive a new airport by Foster + Partners but the design was scrapped after a public vote. The referendum was criticised by many local architects as an example of Mexico’s “political issues and corruption”.

Renderings are by CallisonRTKL.