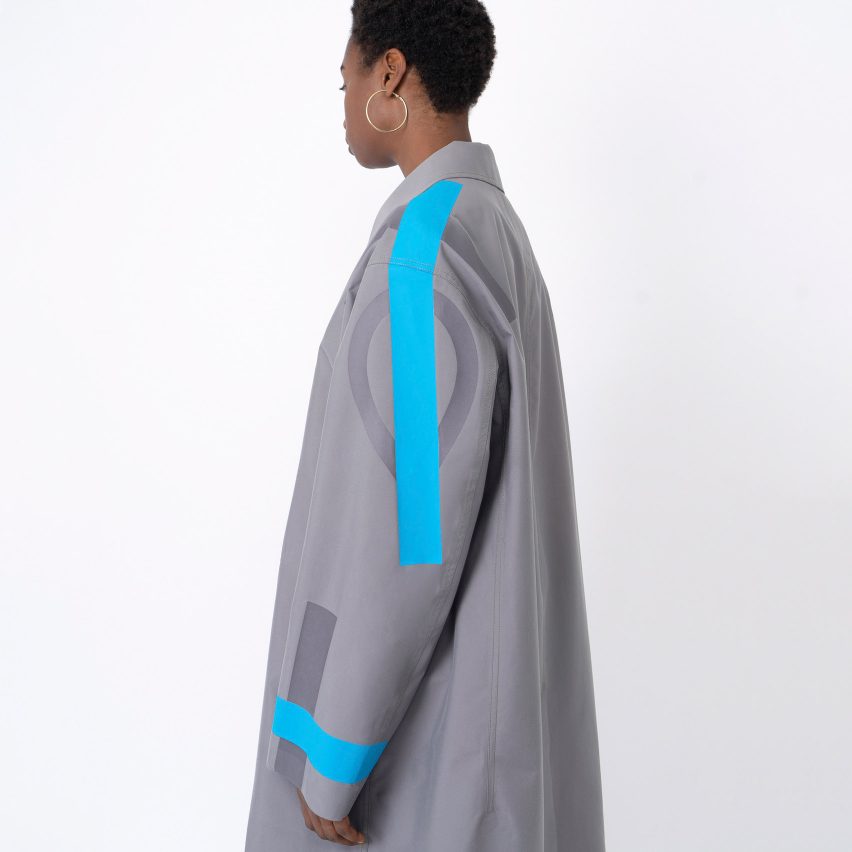 London designer Alexander Taylor is launching an online platform called ATID that will sell technical apparel made from biomaterials and leftover inventory.

Over two years in the making, ATID is a new website from design and innovation studio Alexander Taylor where the brand will present its sustainability-led material concepts and products. 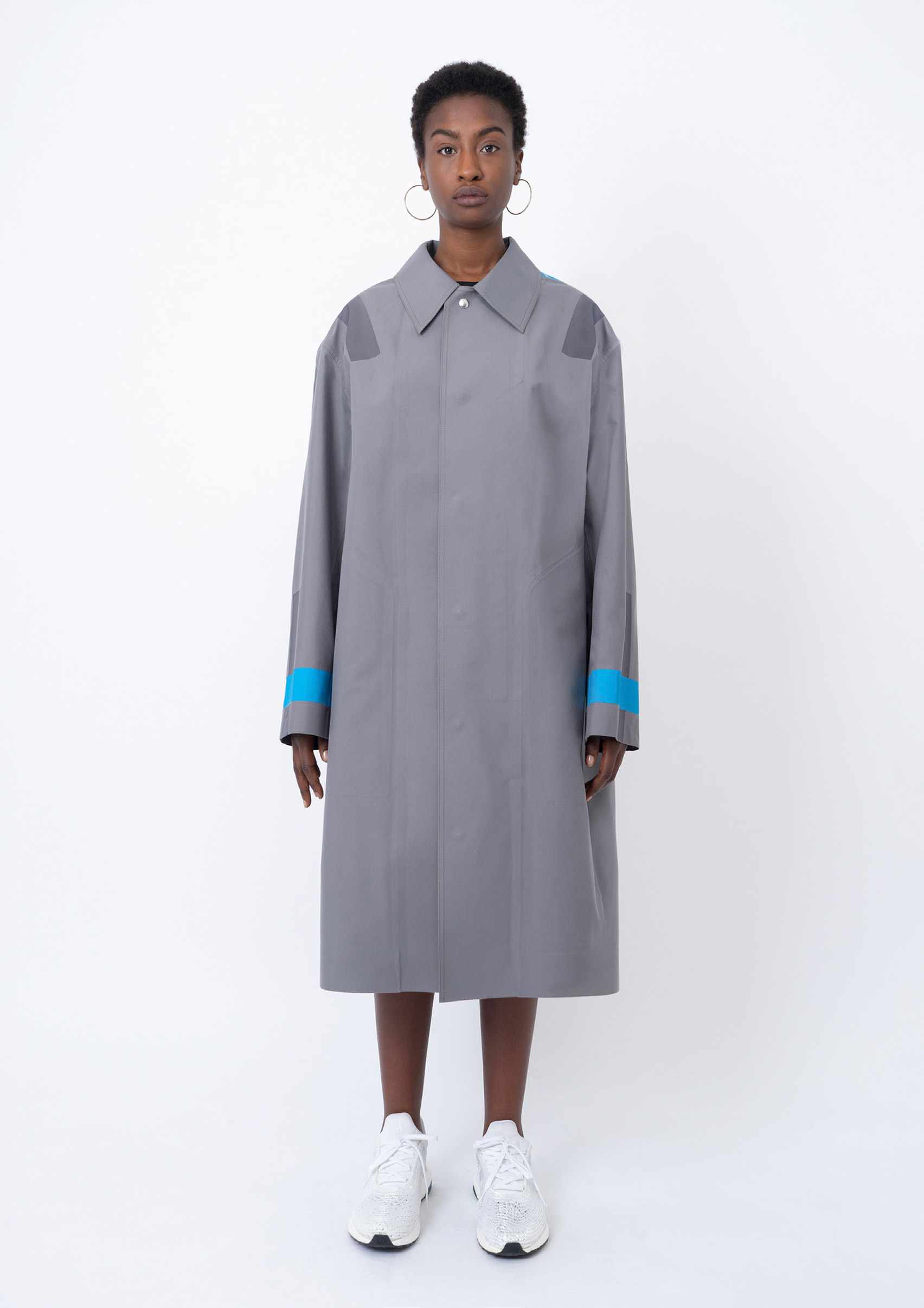 The online platform, which launches on 4 August 2020, will start by selling a series of introductory garments made from biomaterials and unused fabrics – deadstock –taken from outdoor garment factory KTC.

Tired of the “endless production to feed the consumer world”, Taylor decided to do away with the traditional seasons of the fashion industry. 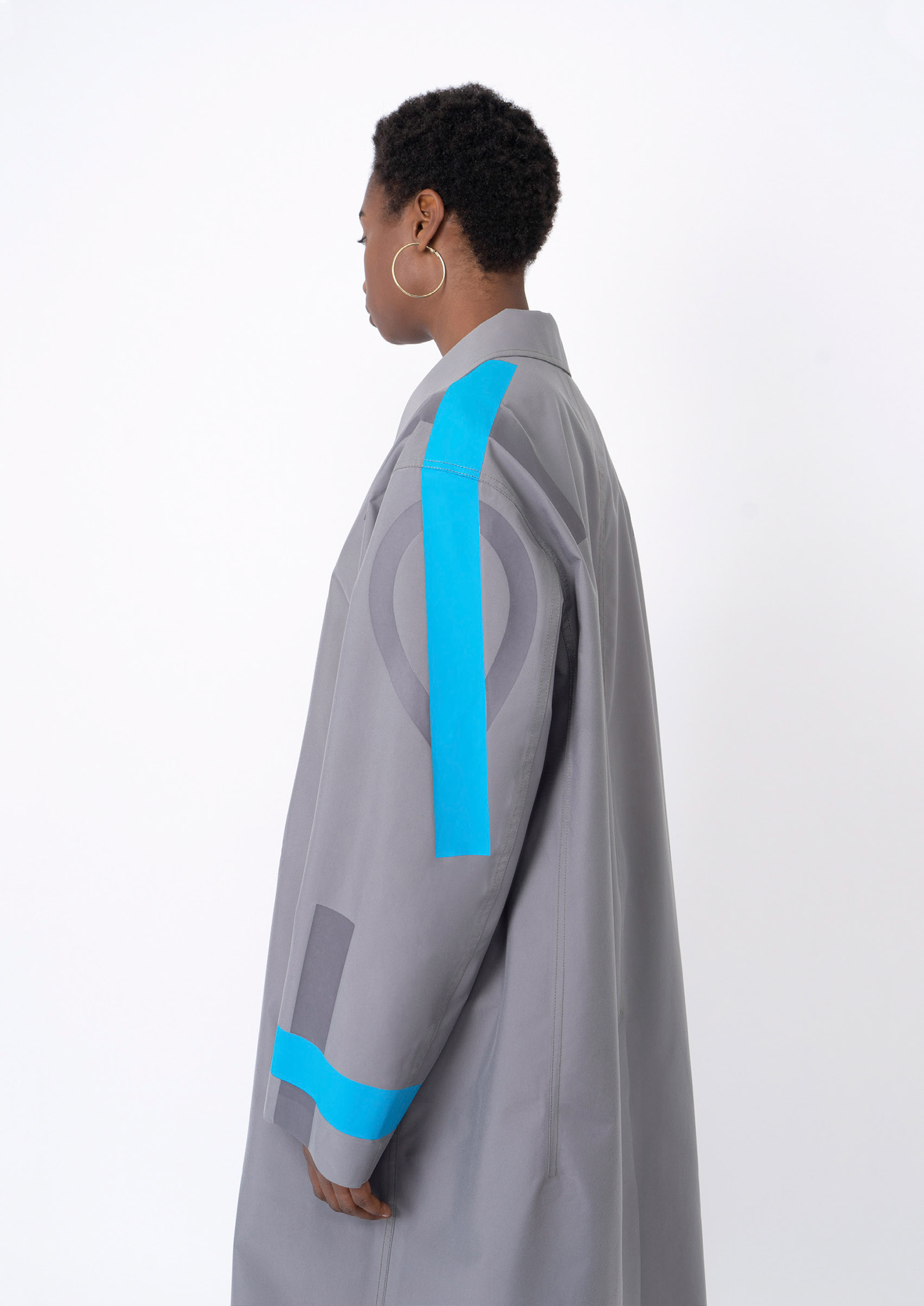 Instead, ATID will have families of products produced in the time slots that are made available to them in the KTC factory.

“The idea of seasons within fashion generates huge amounts of waste, due to deadlines and ‘consumer’ demands, unsold inventory and the endless creation of new textiles,” Taylor told Dezeen. 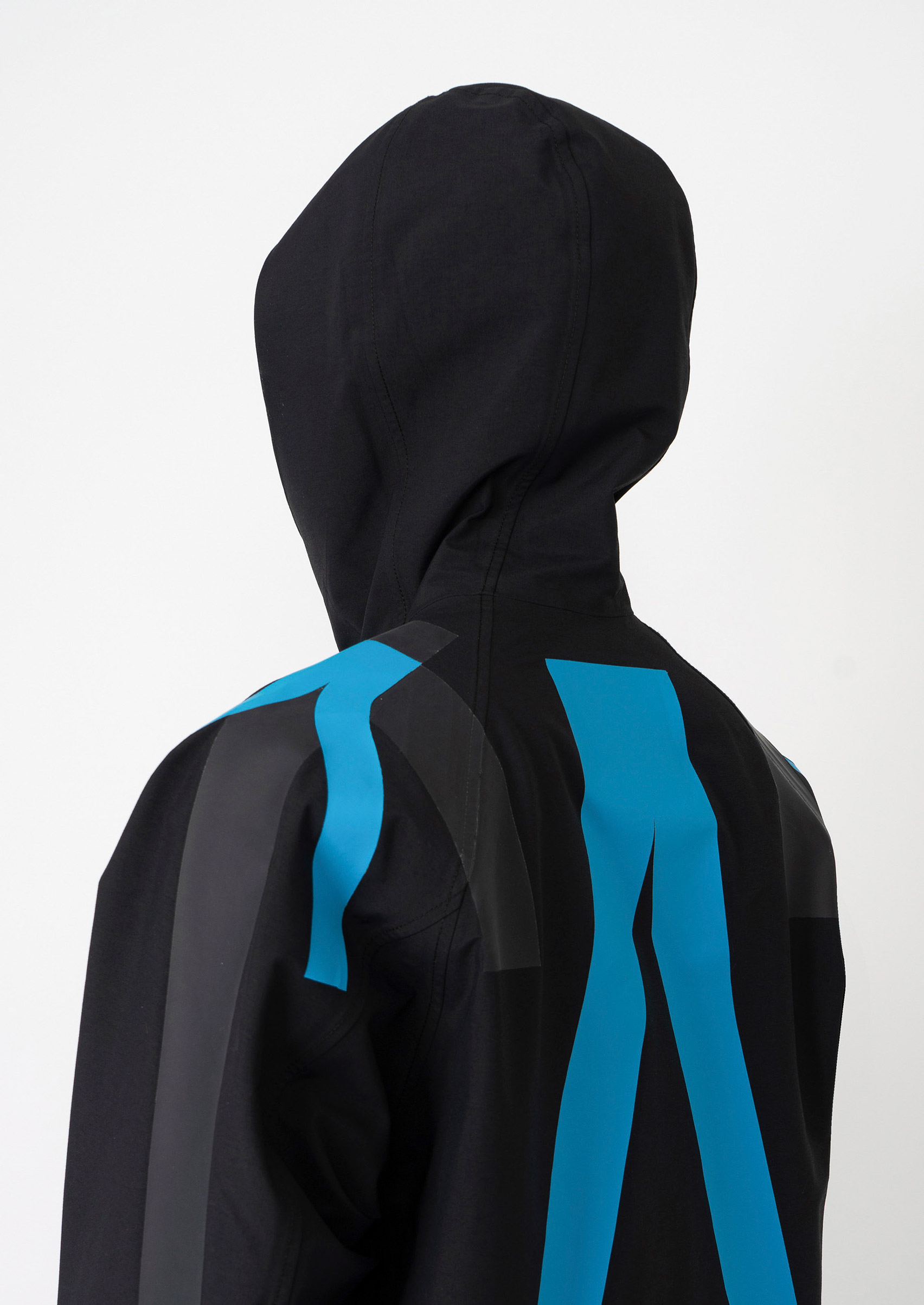 “Fashion as it is now and sustainability does not work together – the idea of sustainability has to be questioned because there are such huge volumes of waste generated every day,” he added.

ATID will work exclusively with waste materials that have been leftover as unsold garments from KTC’s other brands, where possible, as well as biomaterials such as AlgiKnit – a material comprised of yarns and fibres made from macroalgae. 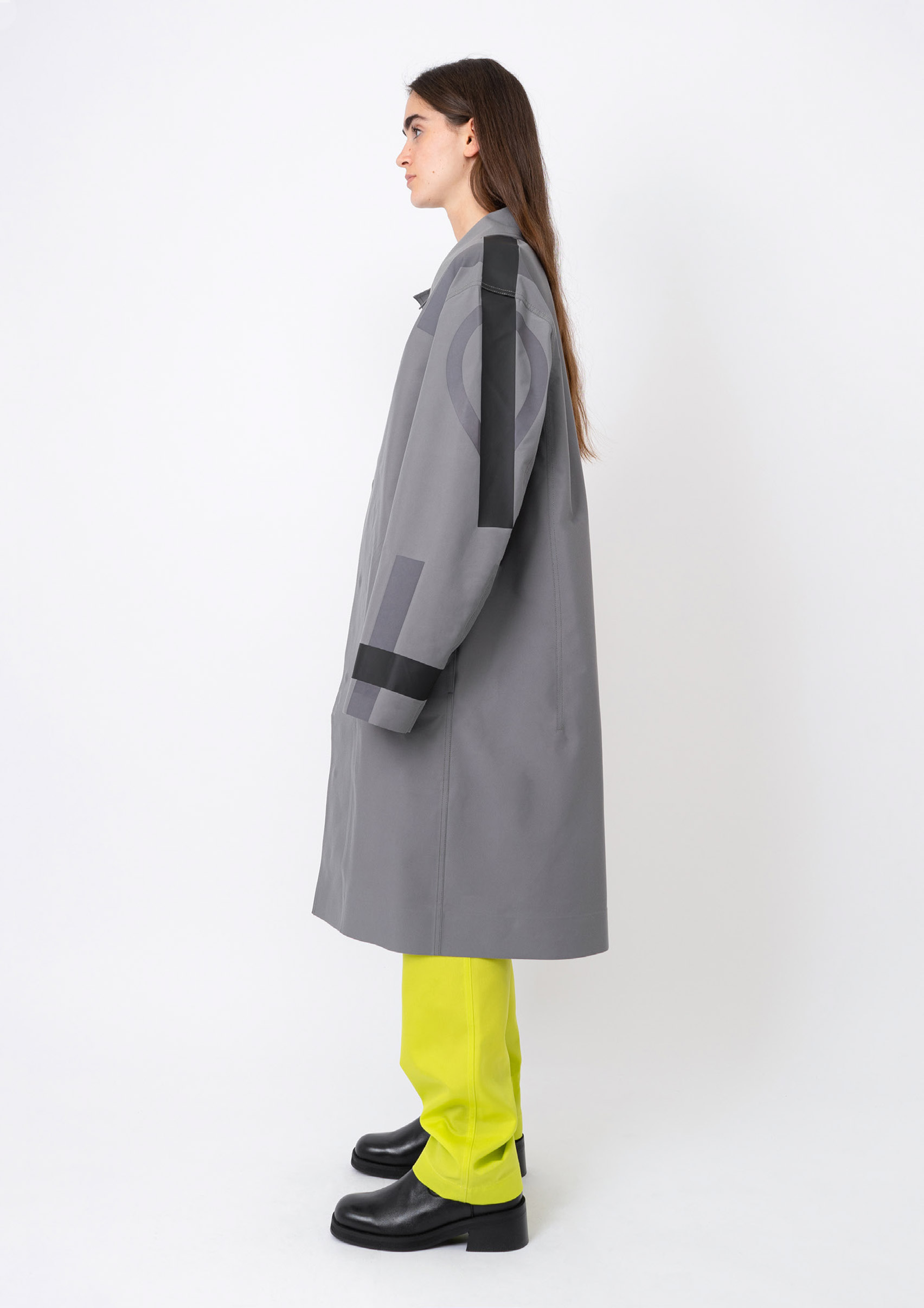 “The fashion and sports industry could run for years and years without making any new materials, yet we keep making new textiles every season,” said Taylor.

“So often we see new materials and technology created or invented which does not consider the product. You have to understand what you would like to make in order to design the machine, rather than the other way round.” 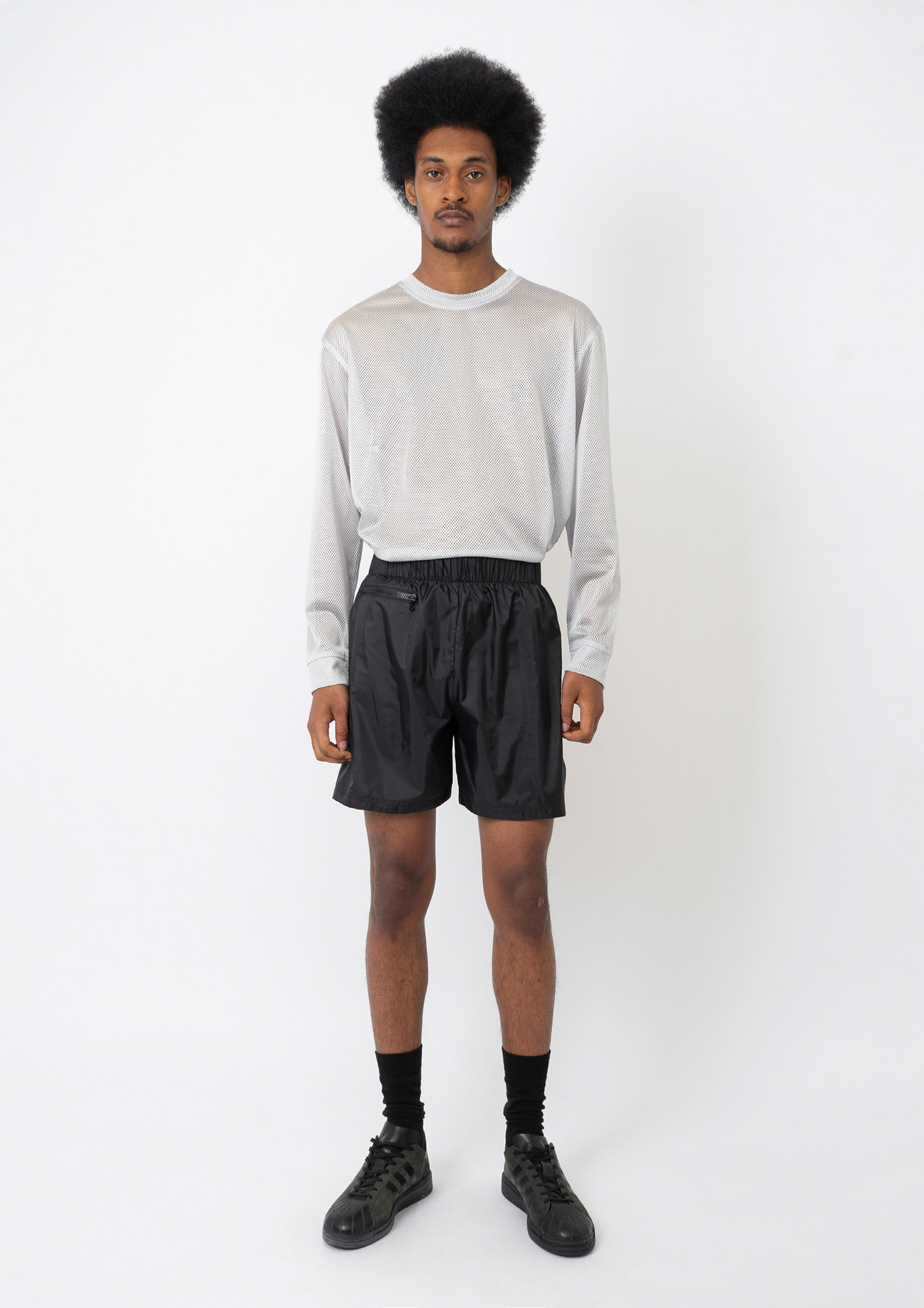 ATID’s introductory products marking the launch of the initiative include a three-layer waterproof, seam-taped mac, parka jackets, and bags that are engineered using heat-bonded frames fused to super-lightweight ripstop textiles.

Other products include pairs of “perhaps the most lightweight shorts in the world” and thin, mesh, long-sleeved tops. 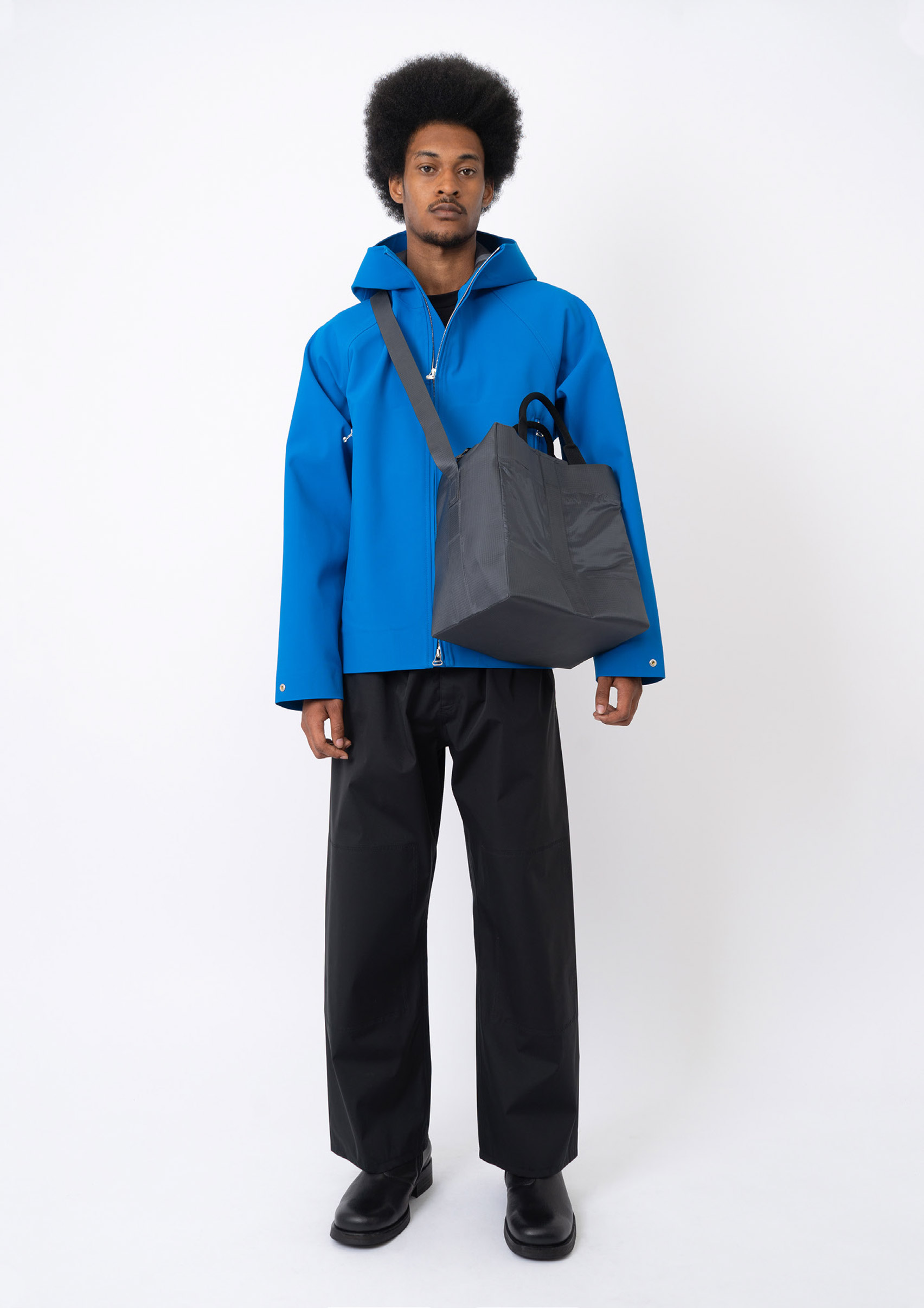 Taylor got the idea to start ATID after he was invited to visit the factory of outdoor technical garment producer KTC – which represents brands like Rapha and Helly Hansen – by its managing director, Gerhard Flatz.

“It was such an exciting opportunity and from the outset a true meeting of minds and we just had to find a way to start something together,” said the designer.

“Keen to generate purpose around our collaboration, the conversation led us to discuss waste in industry and especially in the world of fashion and accessories.” 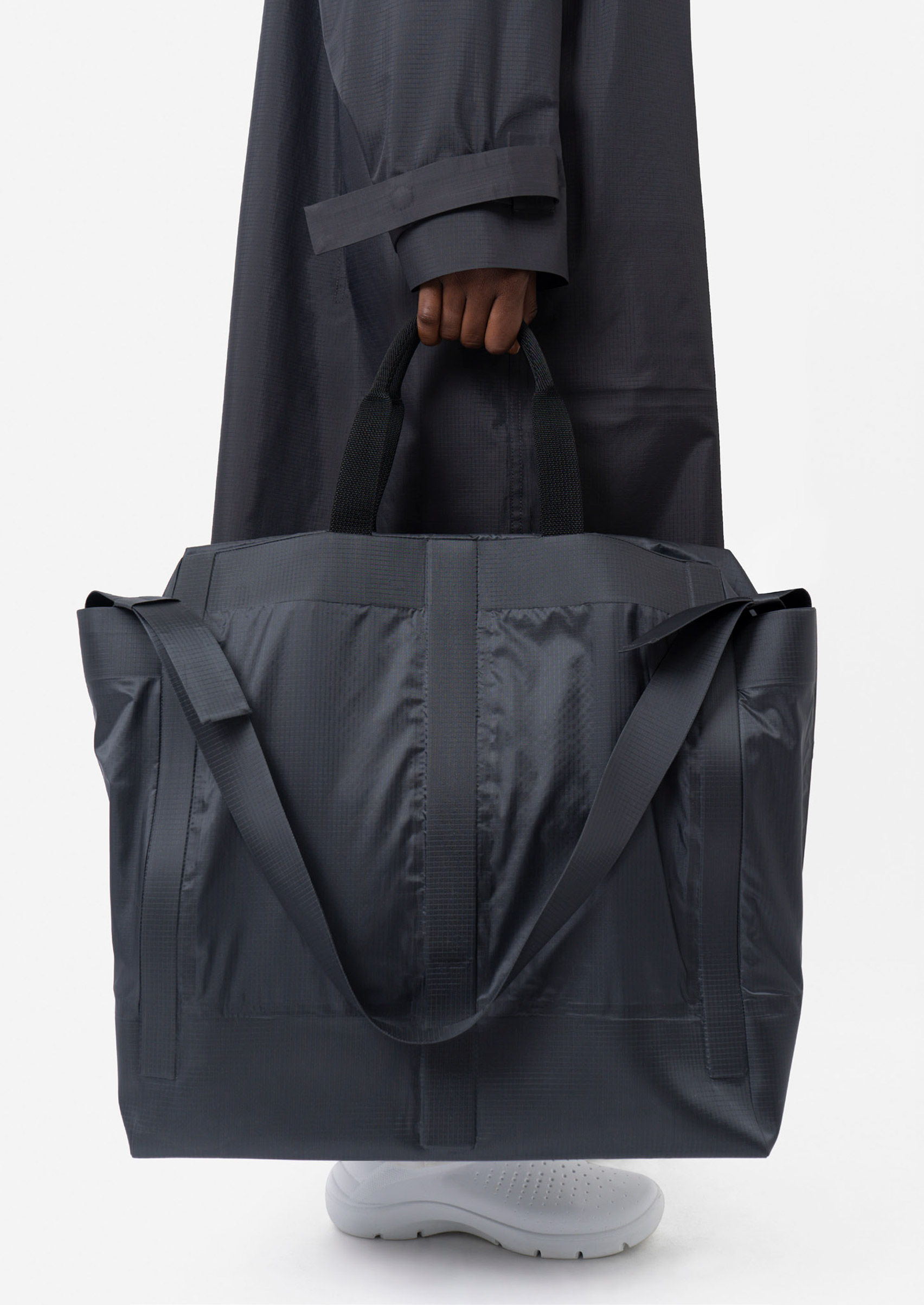 Each product is designed in London before being made at the KTC partner factory in China from the waste materials. The final pieces are then shipped by boat to Alexander Taylor’s London studio, from which they will be sent to buyers.

Next, the studio plans to set up a network of deadstock material partners, and ship products directly from the factory to the consumer to cut out energy-intensive fulfilment centres or retailers. 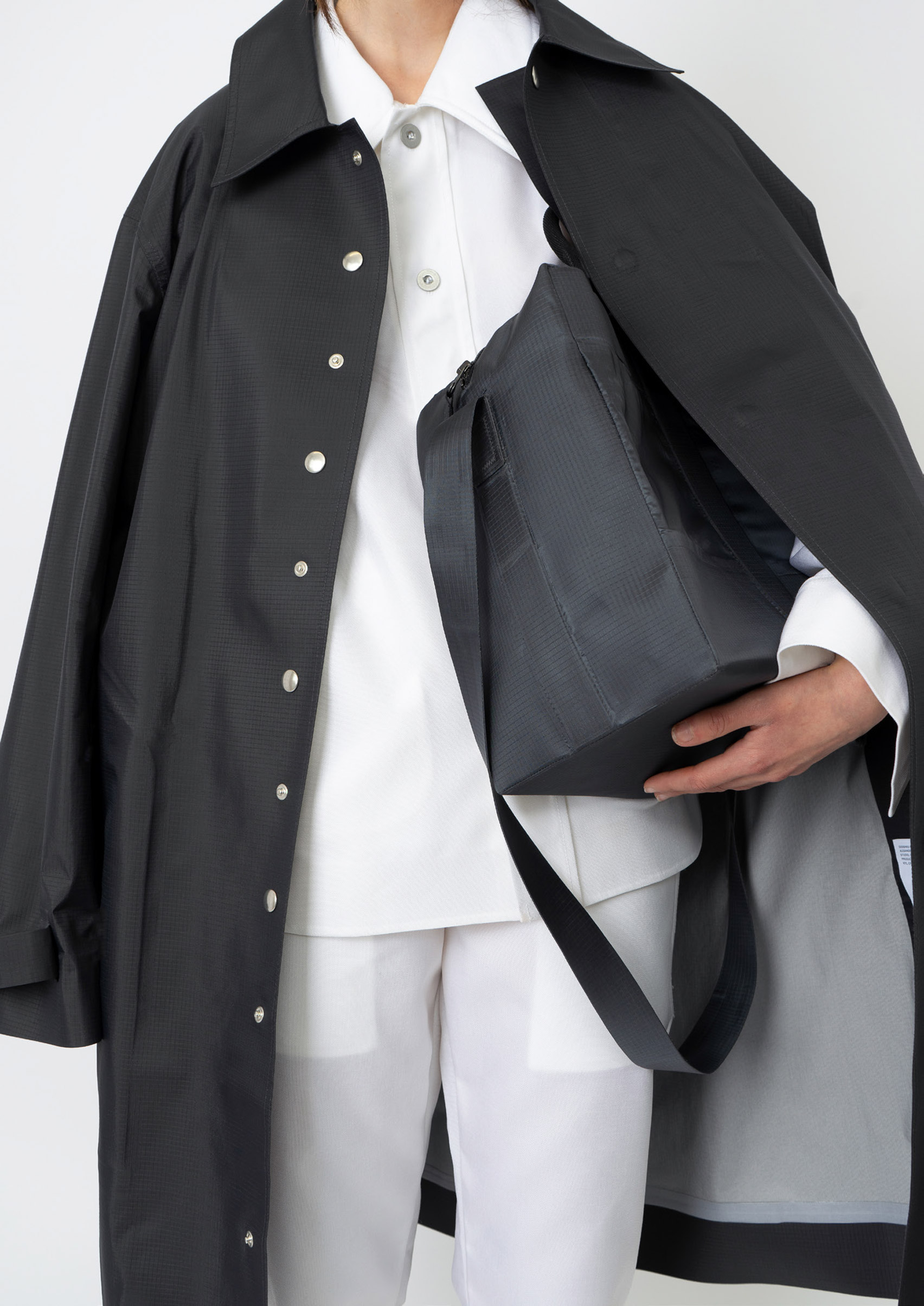 In the future, the clothes will be unofficially pre-ordered by people registering their interest, which would give the studio the data it needs before committing to making batches, meaning they could manufacture on an almost on-demand basis.

“This will take a little time once we are able to gain visibility,” said Taylor.

All the items ATID produces will be limited and controlled in number due to the finite nature of the materials and the size of the studio.

ATID will endeavour to limit the postal returns that buyers can make by encouraging people to “truly appreciate and think about what they are buying, not just simply click with the knowledge they can return”. 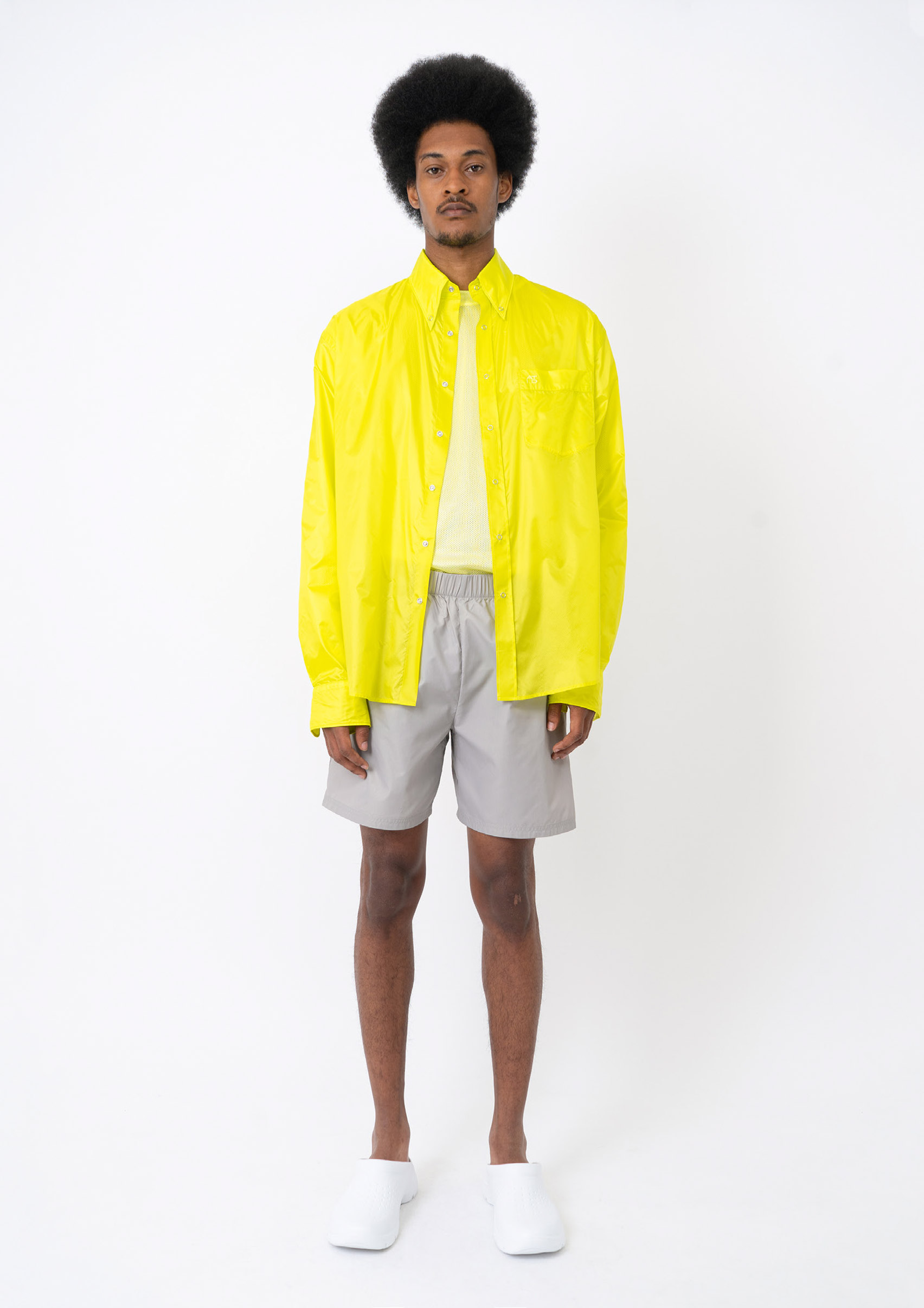 “There is only so much we can do from the outset in terms of digital communication and aid tools for sizing comparisons and translation tools of consumers individual data in terms of ‘fit’,” said Taylor.

“However we anticipate technology being able to help us in the future,” he added. 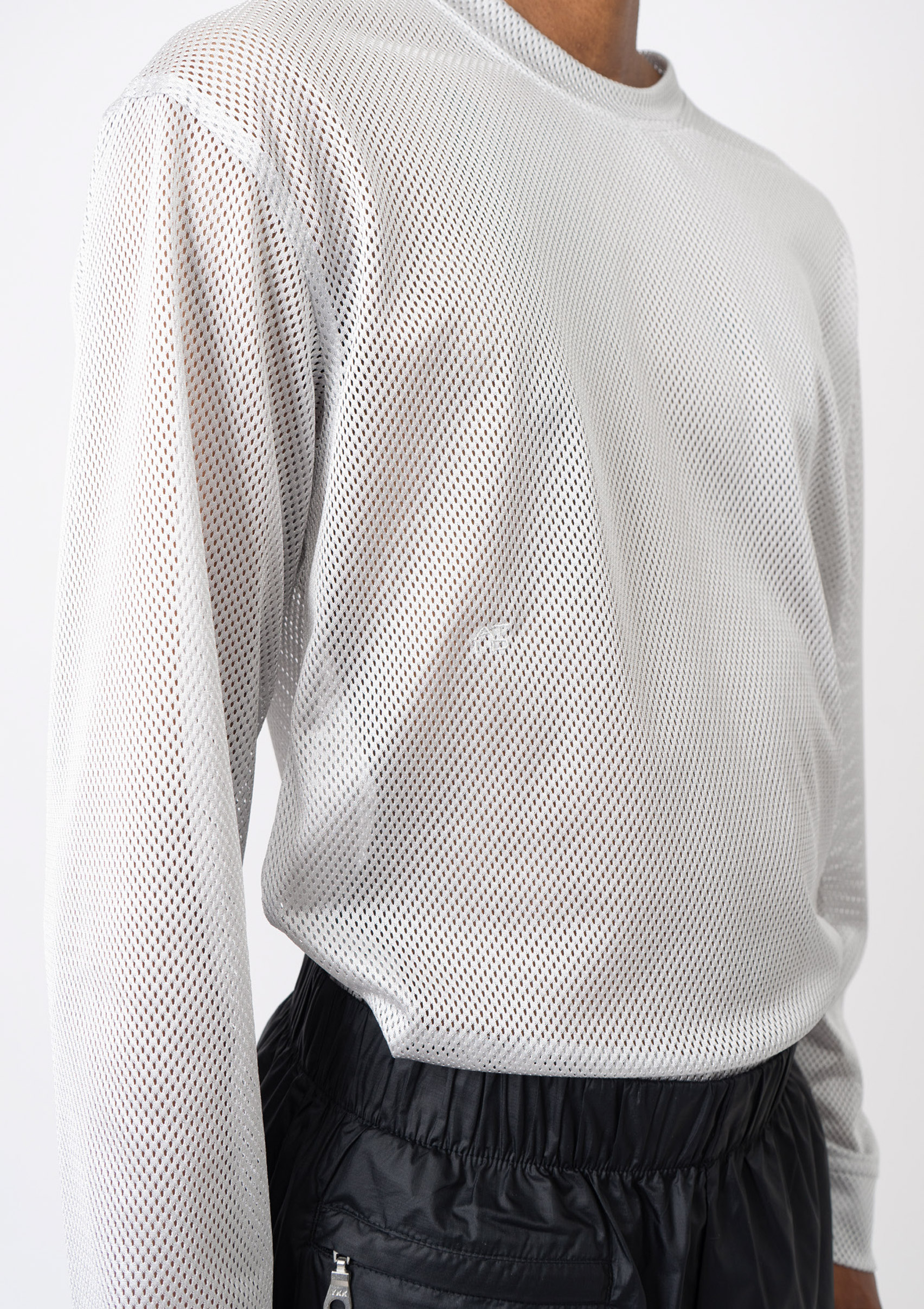 Taylor is setting up ATID as a platform that will function as an outlet for the research and development of new materials and ideas for a more sustainable future.

The studio previously designed a pair of running shoes for Adidas that were woven from yarns made from the recycled Parley Ocean Plastic.

“This project triggered a new way for me to work and imagine how my studio could adapt and evolve in the future,” said Taylor about the trainers.

“A designer can be the agitator and the agent for change.”