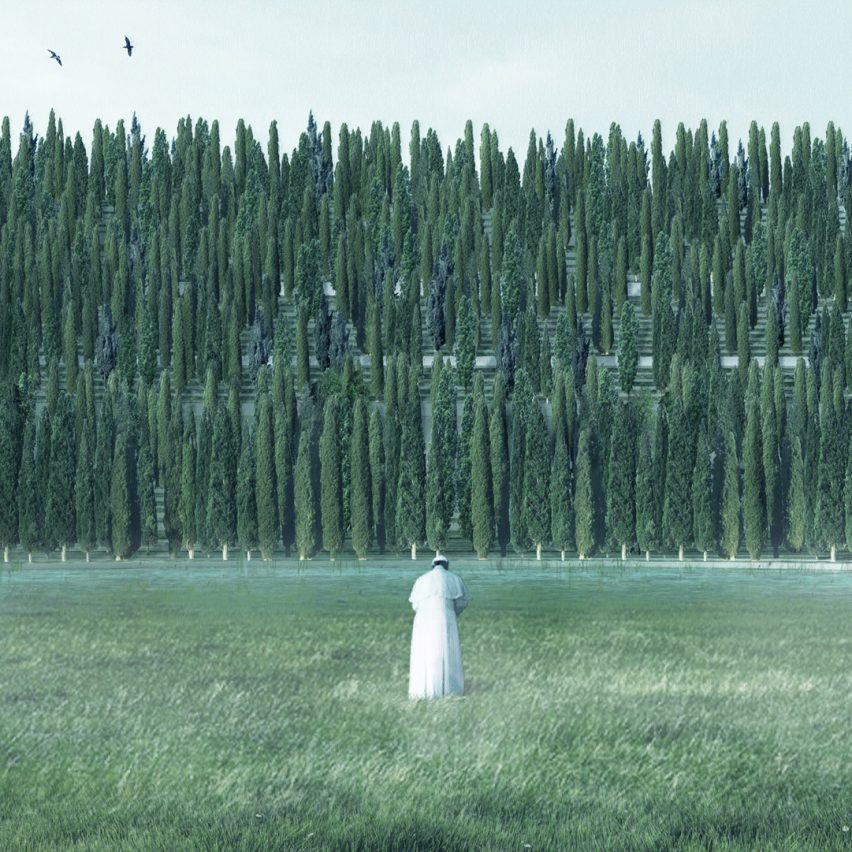 Italian architect Angelo Renna has suggested planting 35,000 cypress trees in Milan‘s San Siro stadium to turn it into a public memorial for those that lost their lives during the coronavirus pandemic.

Renna made the proposal to save the iconic San Siro stadium, which has been home to Italian football clubs AC Milan and Inter Milan since 1926, from demolition and create an appropriate memorial to the pandemic.

“The main idea is to save the legendary San Siro stadium from demolition, converting the entire structure into a place of commemoration in memory of the victims of Covid-19,” Renna told Dezeen.

“Almost 35,000 people have lost their lives in Italy during the past five months during the coronavirus pandemic and Milan has been one of the main epicentres,” he continued.

“My hope is to create a spiritual and sacred place in which people will able to reconnect with their beloved ones.” 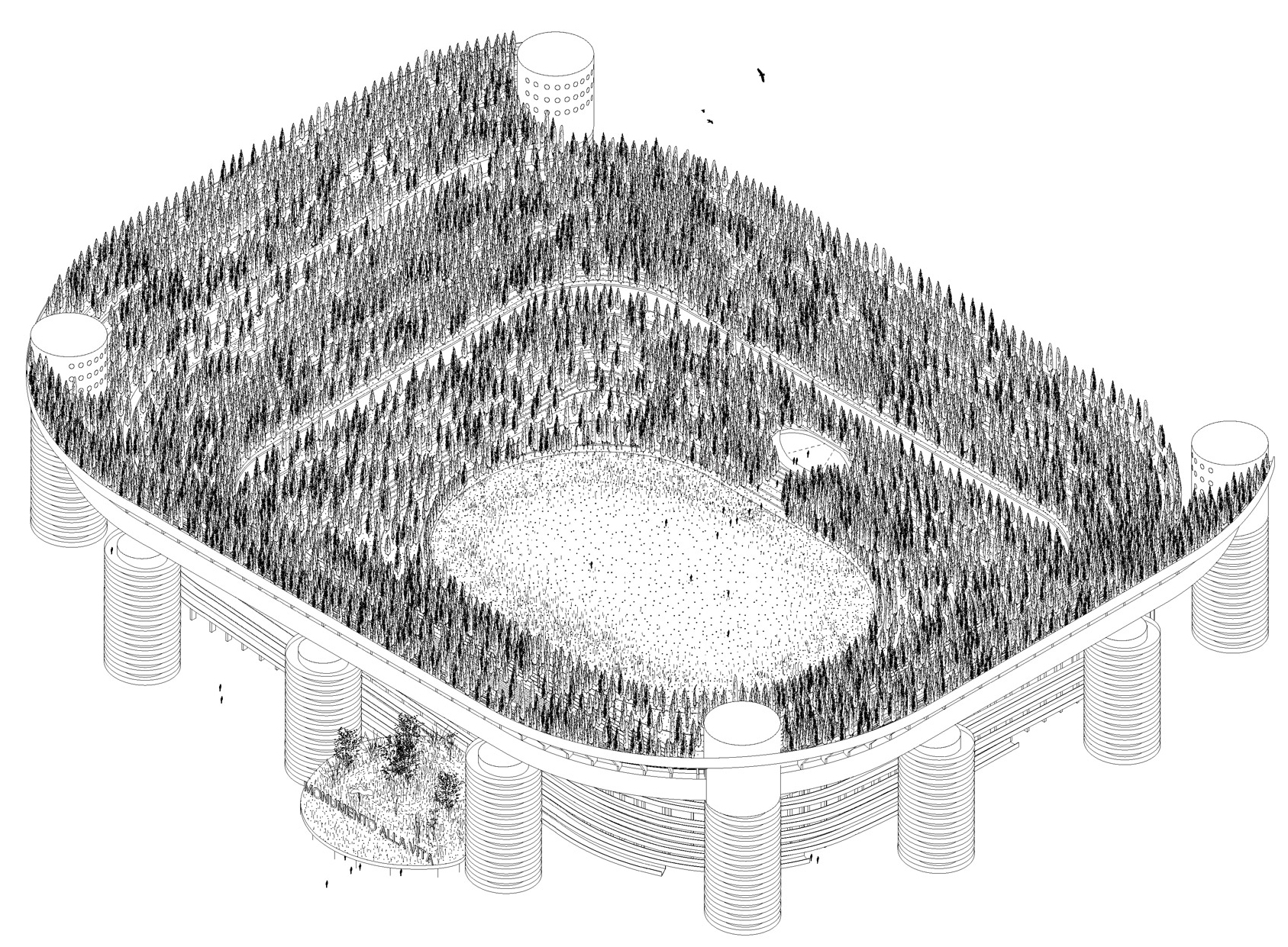 Designed by architect Ulisse StacchiniIt and extensively remodelled for the 1990 World Cup by Ragazzi and Partners, the San Siro is one of the world’s best-known stadiums. In an interview with Dezeen, designer Fabio Novembre described it as “probably the most well-known place in Milan”.

However, the clubs are planning to demolish the stadium and build a new venue nearby. Renna designed his proposal to give the building a “second life”. 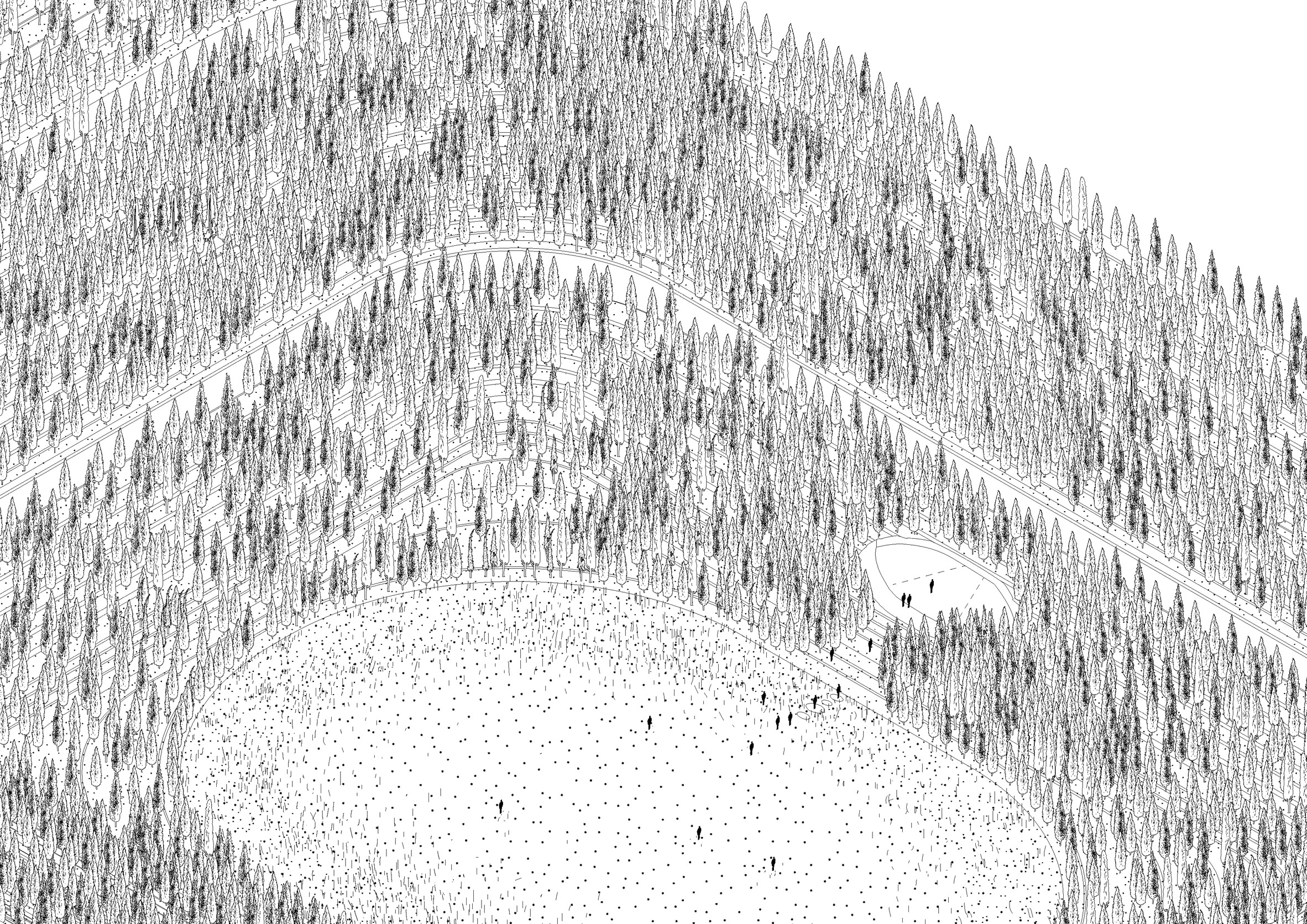 “My proposal involves the transformation of the existing stadium into something completely different from its current use so that we can give this place a new identity – a second life,” said Renna.

“Maintaining the body by modifying its use. It may seem like a contrasting choice, but I personally see it more as an opportunity to create something unique and special for those people who have lost their beloved ones.” 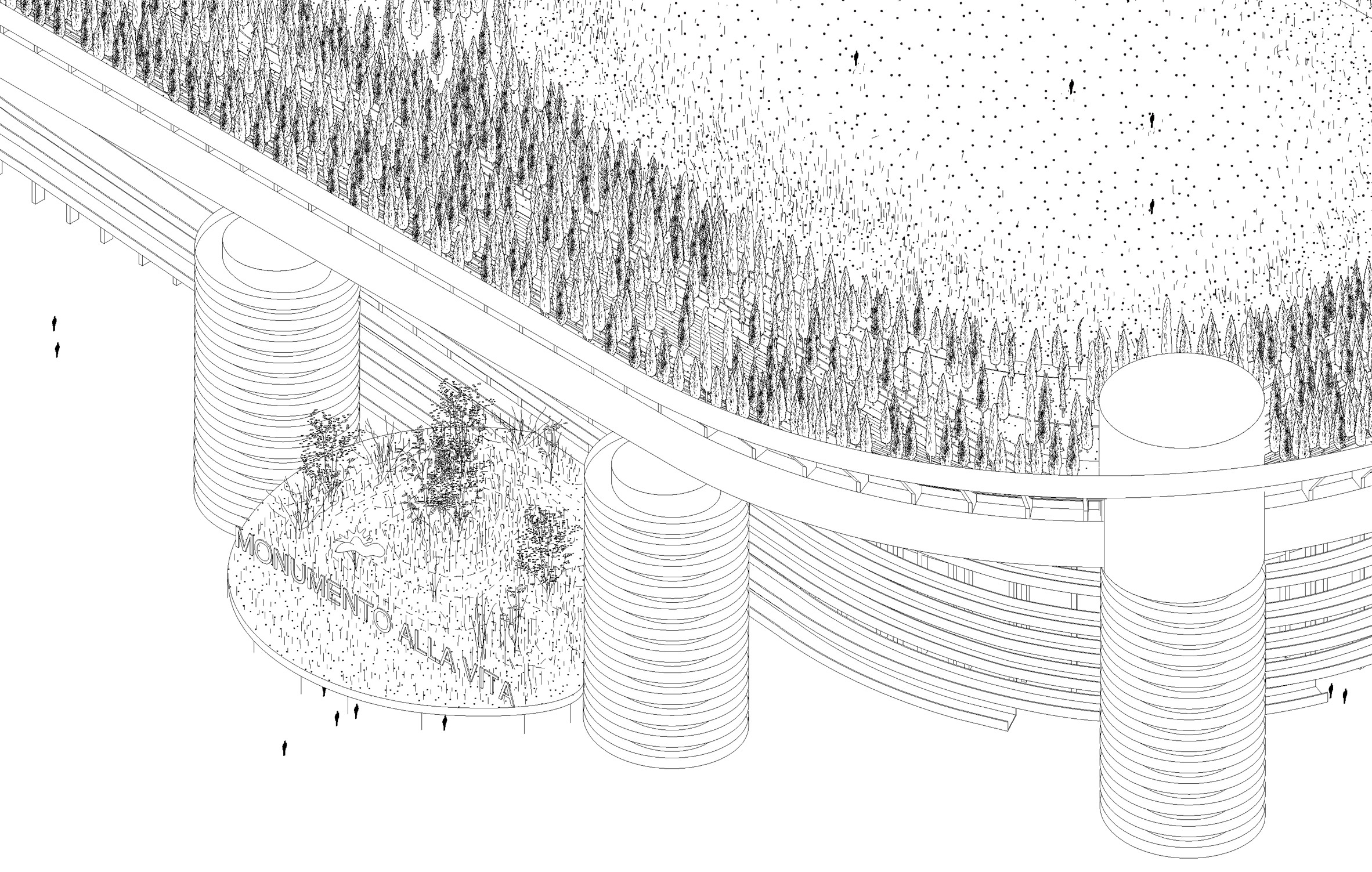 To create the memorial Renna proposed removing the stadium’s roof and taking out the seating, before covering the stands with the earth into which 35,000 cypress trees would be planted – around one for each death in Italy.

Large holes would be cut through the stadium’s stands to create new public routes to a central grassed area. 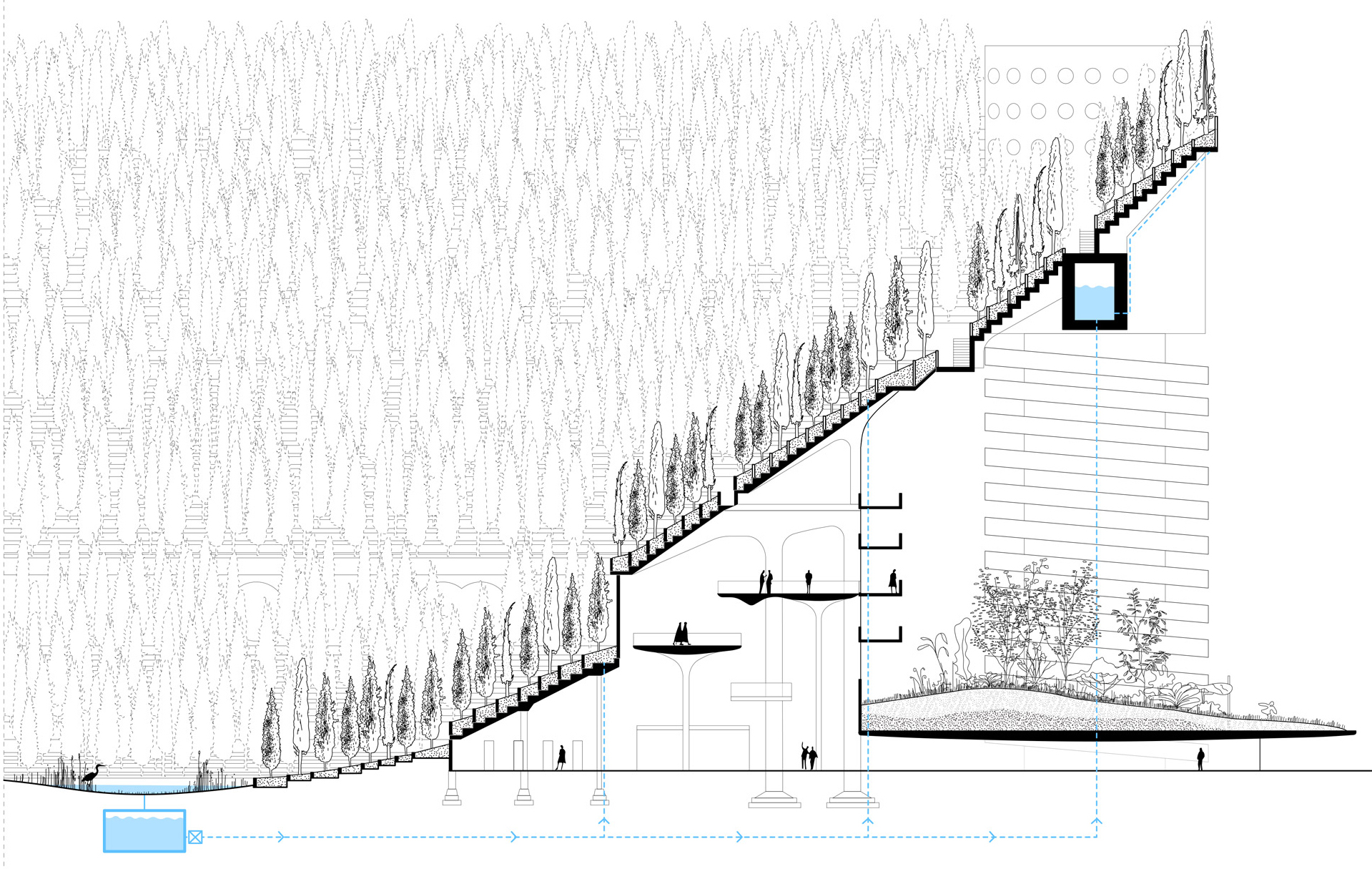 Renna chose cypress trees as they are local to the Mediterranean, are often found in cemeteries and can support a large variety of wildlife.

“The cypress is a common ornamental tree cultivated for millennia throughout the whole Mediterranean region,” Renna explained.

“The dark green vertical shape of these trees is a highly characteristic signature of cemeteries and sacred spaces, like a symbol of immortality, emblem of life after death,” he continued.

“The cypress is also a tree that thanks to its intricate and thick crown provide habitat for many birds, dormice, squirrels, lizards, and many other animals” 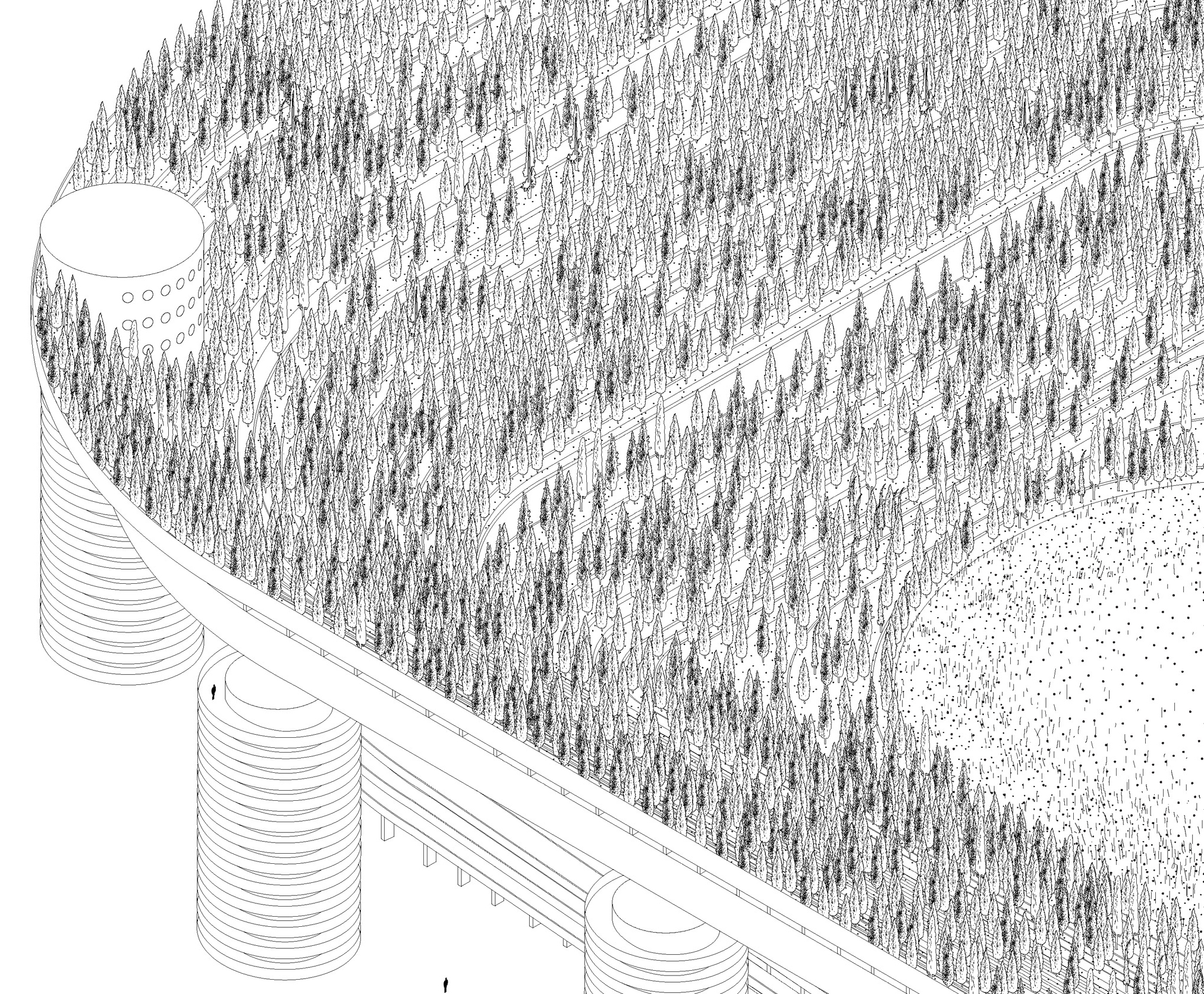 Although the proposal is speculative, Renna believes that it would be structurally possible, due to the strength of the concrete stands, and financially viable to realise it.

“Absolutely it is possible,” he said. “Especially if you consider that the demolition of the existing stadium will cost apparently 70 million euros. They could use the money designed for the demolition to realise this proposal.”

However convincing the clubs, which have already decided to demolish the stadium to adopt the idea could be a challenge, he admitted.

“The biggest challenge would be to convince the municipality and the two Milan teams to avoid the demolition of such historical and symbolic place in favour of a transformation in something new and special,” he added.

Numerous architects and designers are pondering how cities and buildings will operate in a post-pandemic world. Michelle Ogundehin outlined 11 ways the pandemic will impact the home, while trend forecaster Li Edelkoort said that the coronavirus offered “a blank page for a new beginning”.