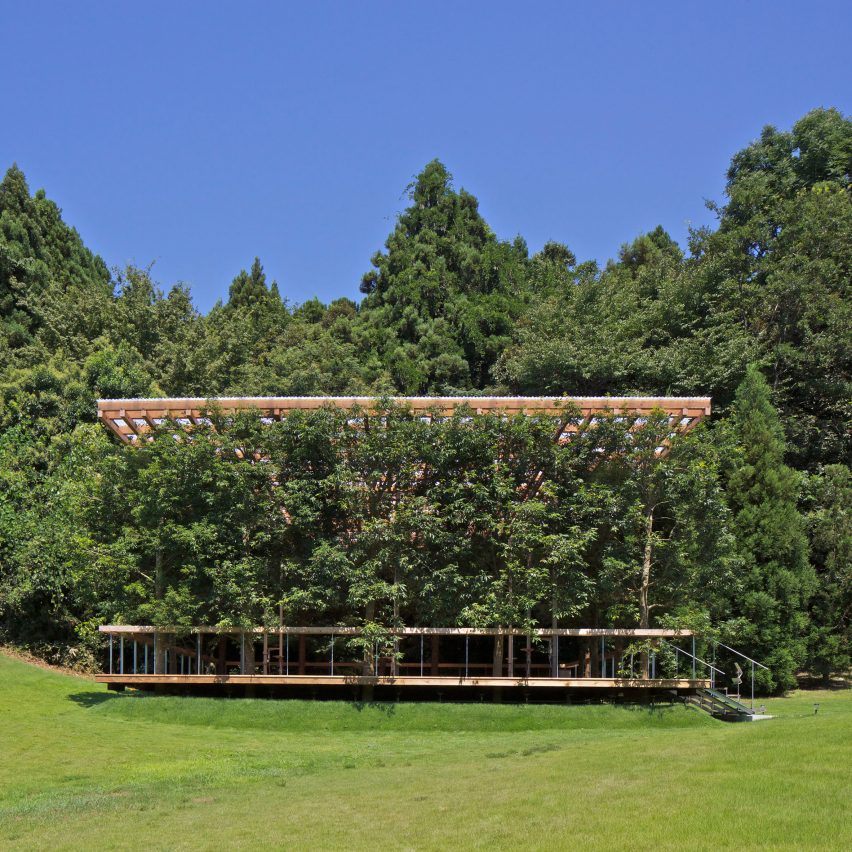 Architecture studio APL Design Workshop has built a foyer on a raised platform ringed by trees for an open-air theatre in Kurobe, Japan.

The Japanese practice previously designed the outdoor amphitheatre at Maezawa Garden House in 1989. 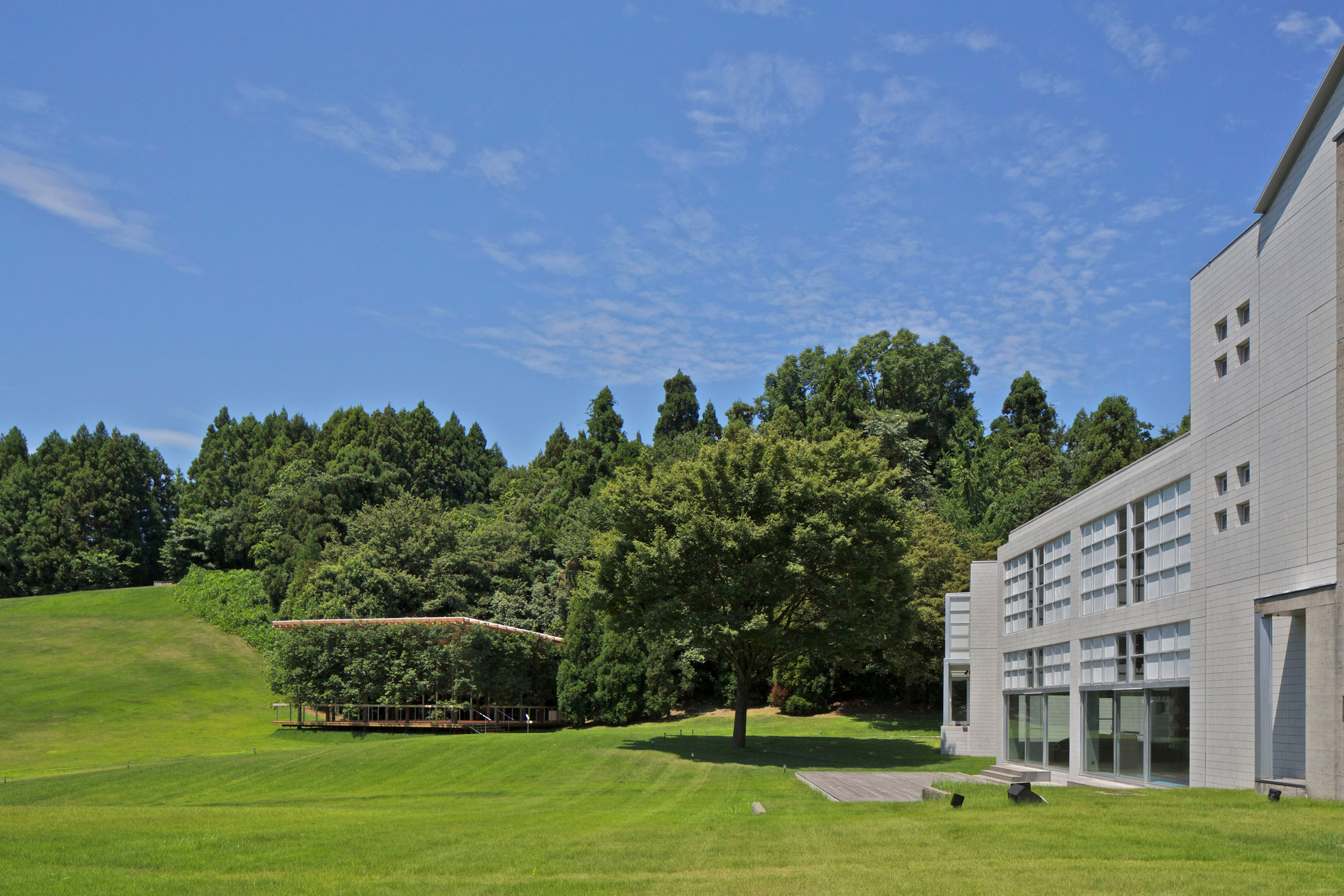 APL Design Workshop returned to the project site ahead of the Theatre Olympics 2019. 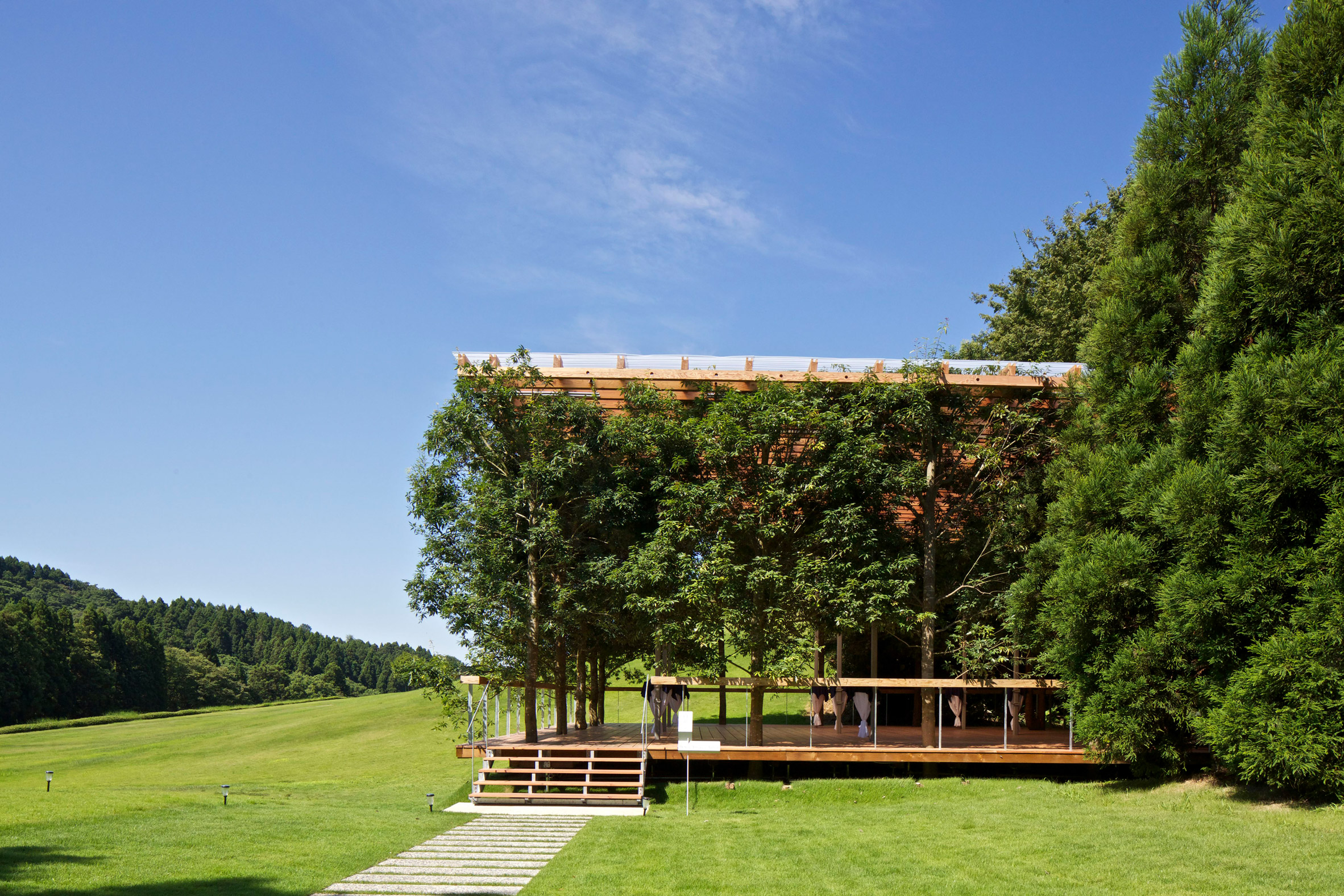 In order to accommodate performers and guests, APL Design Workshop designed and built White Flower Arbor – a lobby area where the audience can mingle between performances – and a backstage area for the actors to prepare in.

Oak and cedar trees, 17 in total, surround the new foyer and support its corrugated plastic roof. The tree trunks grow through holes cut in the wooden floor.

Nine steel beams provide extra support, as the eight-centimetre-wide trunks of the trees are not strong enough by themselves to support the maximum depth the snow can reach in this area.

These metal poles double as pillars, onto which small tables can be attached for people to gather around and rest their drinks on. 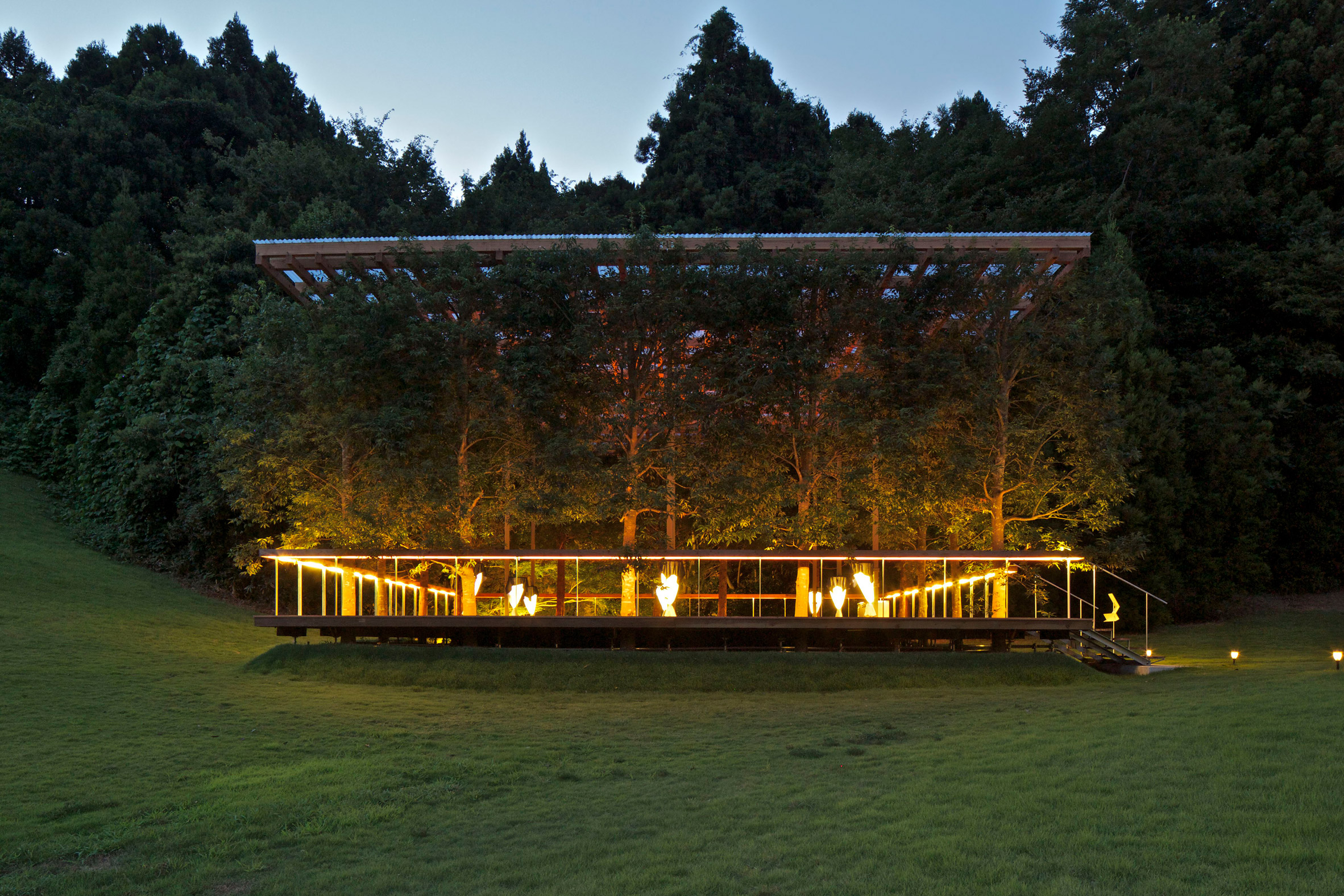 At night, the tables are lit from beneath so that White Flower Arbor glows in the dusk.

“As this gazebo sits on the foot of a slope covered by a forest – almost like a Japanese Shinto shrine – its entity sinking into the forest looks like a part of nature from the outside,” said APL Design Workshop.

“On the inside, its chilly air and darkness bring the people in the gazebo to a world of myth.” 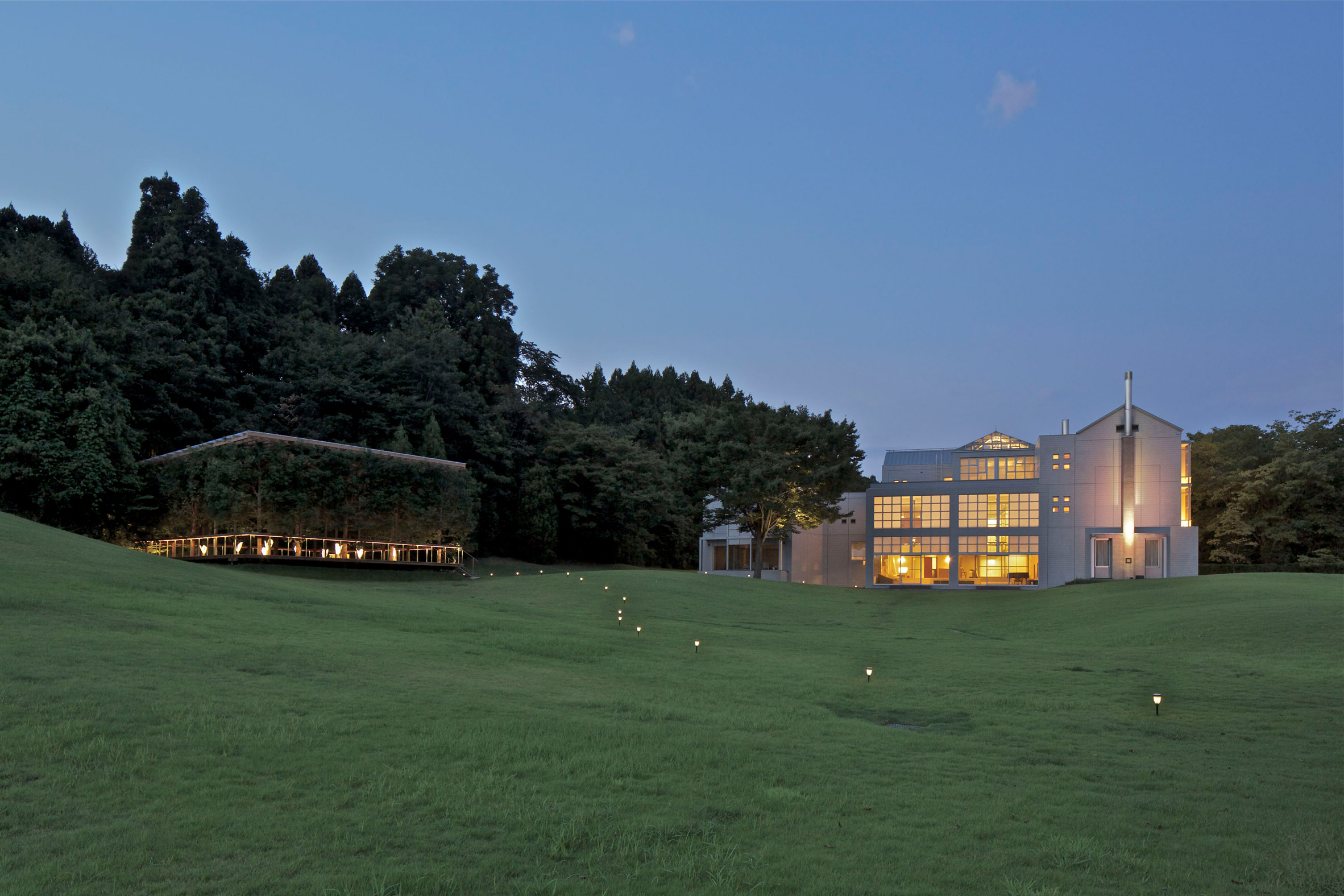 Steps lead up to the foyer, which is raised above the lawn so as not to damage the grass. Originally, White Flower Arbour was meant to be only in place for the event.

“But people wanted to keep it to use again, and it will be used for many years,” said APL Design Workshop. 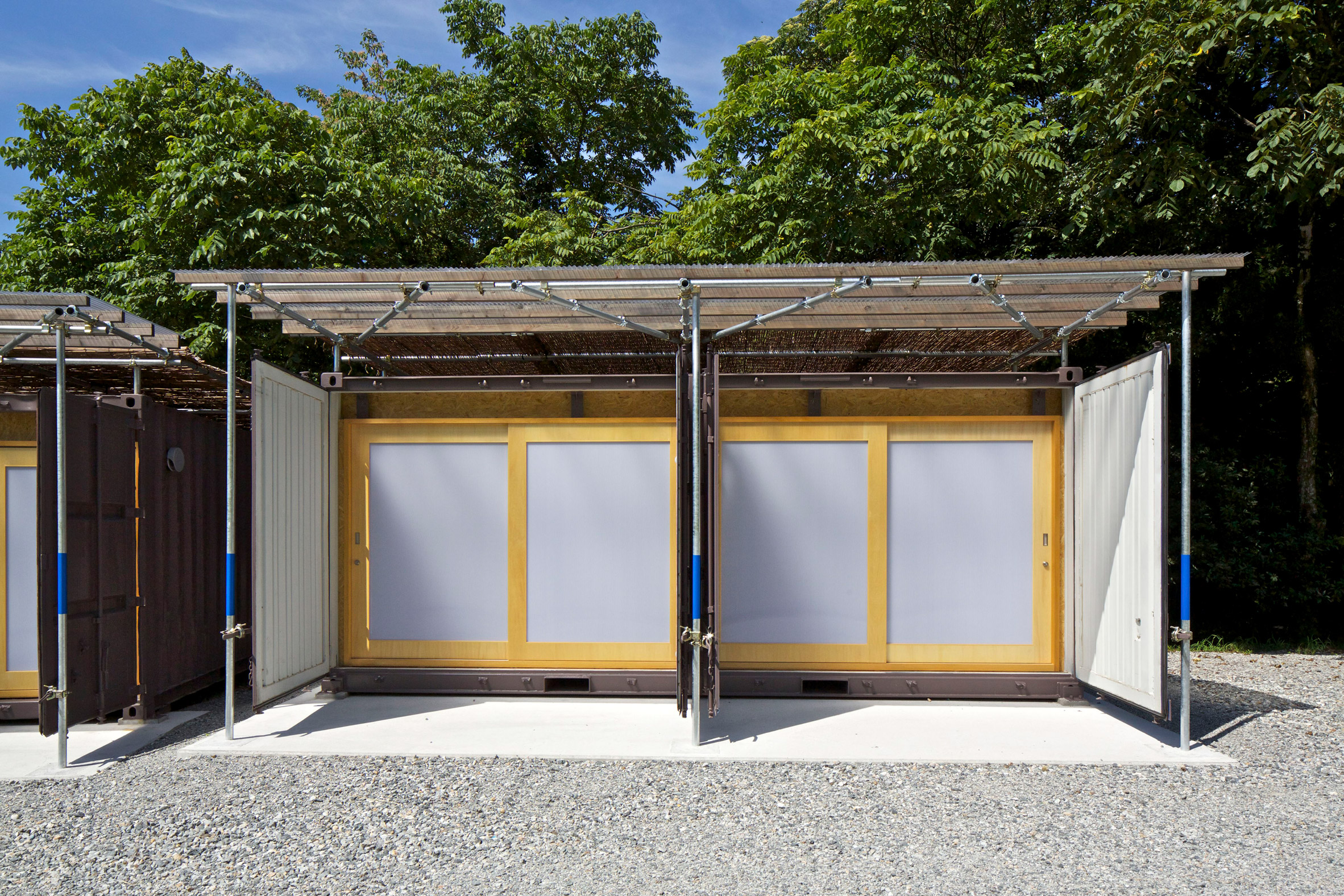 For dressing rooms, the studio used converted shipping containers as a temporary intervention, arranged behind the stage and the seats.

APL Design Workshop also added a lighting rig over the amphitheatre, which is carved into a sloping hill at the furthest end of the garden. 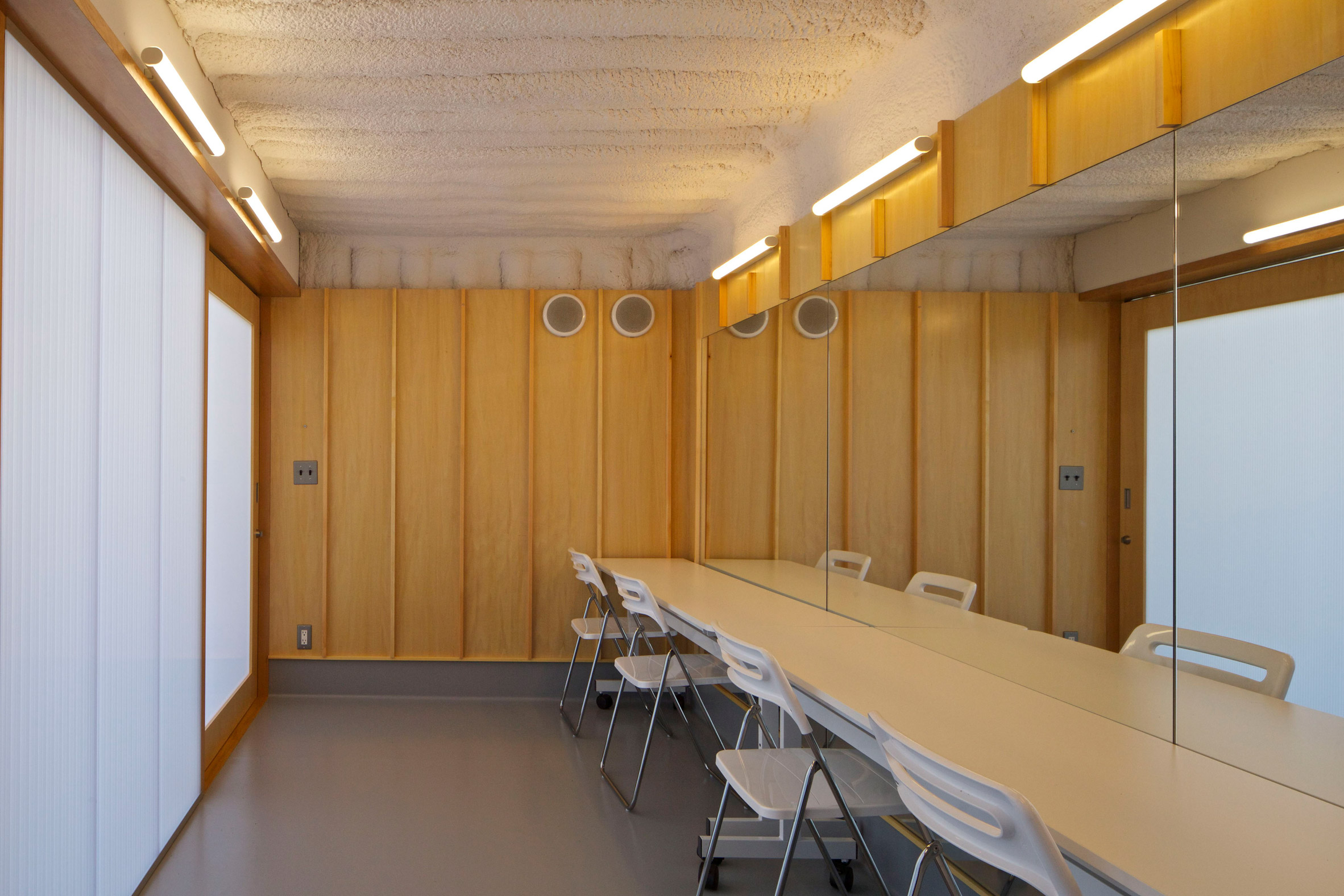 The bench-style seats are made of reclaimed railway sleepers.

The stage is circular, so extra audiences can be accommodated for certain performances by seating people on the lawn for a performance in the round, or to use the steps as part of the stage. 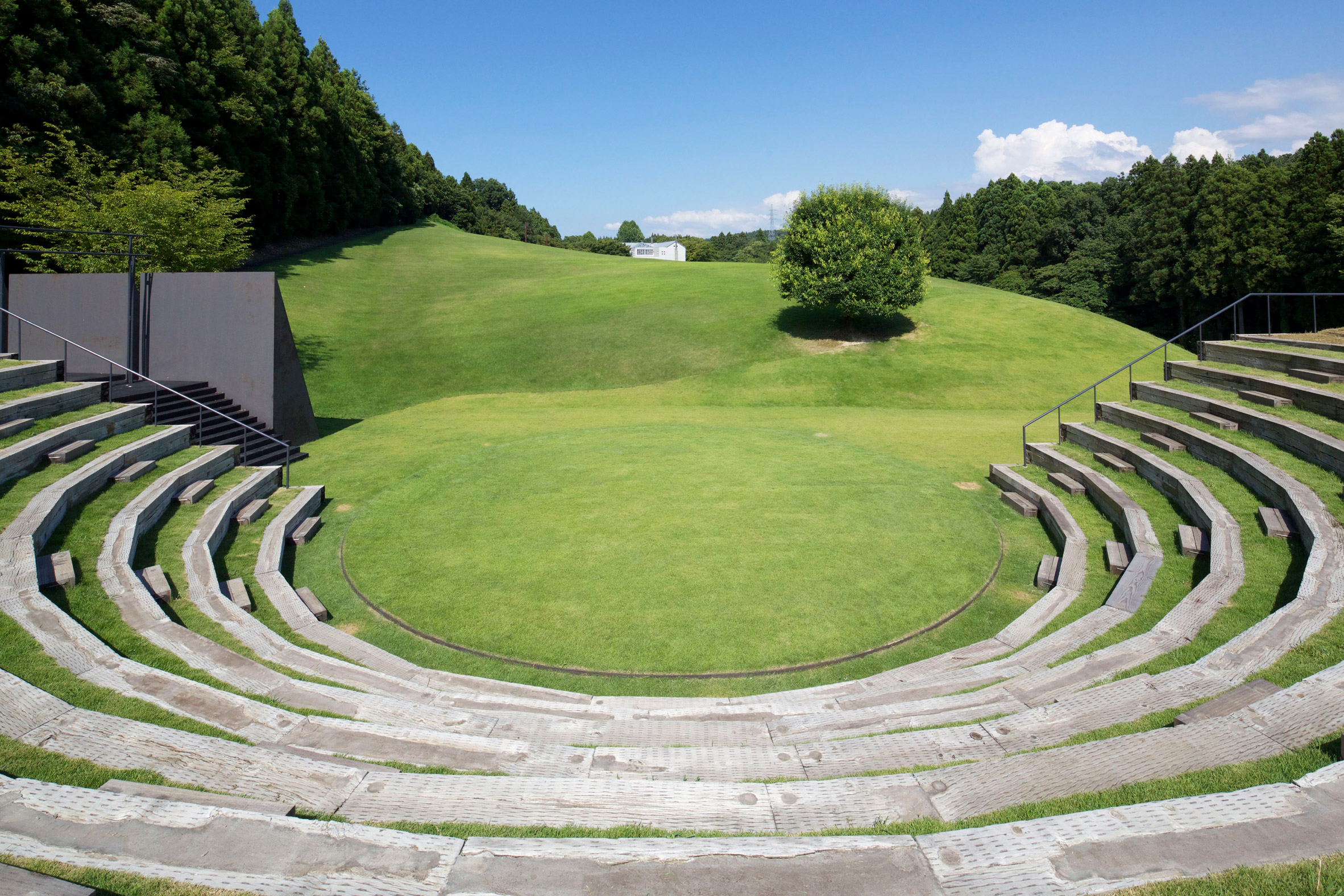 APL Design Workshop was founded in 2004 by Hidetoshi Ono and is based in Tokyo.

Other open-air theatres that feature unusual disguises include a tower built on a warehouse roof overlooking a canal in London, and a false shop front that rolls down to reveal stepped seats for a community theatre in Nebraska.

Photography is by Toshiharu Kitajima.