Ruxton Rise Residence in Melbourne is arranged around a planted courtyard 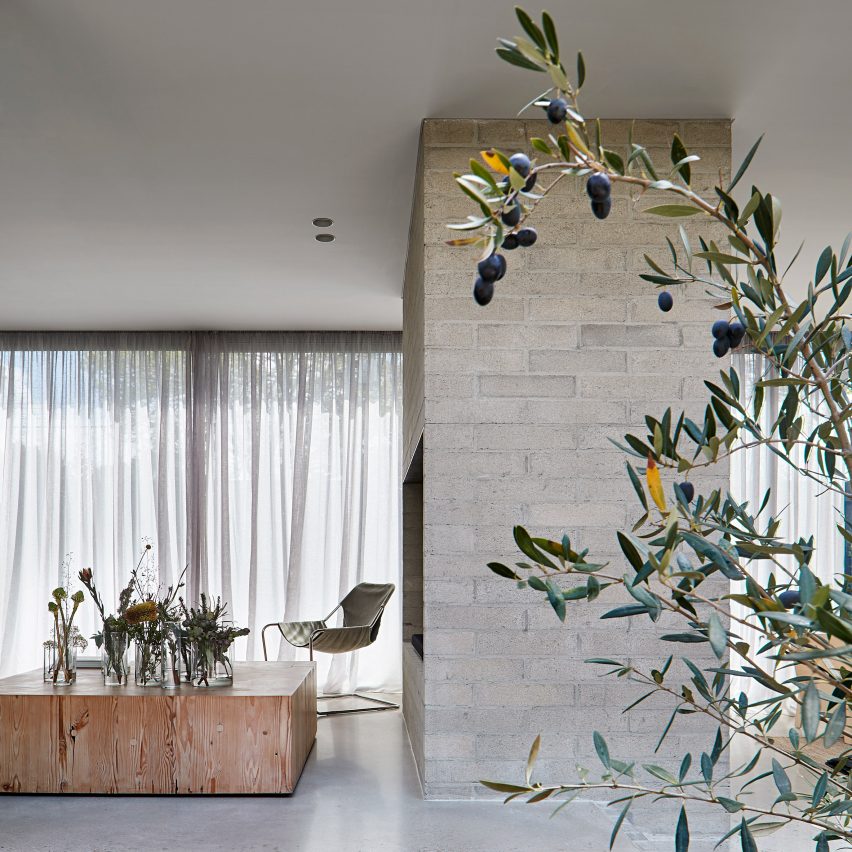 A courtyard dotted with olive trees sits at the heart of this grey-brick home in Melbourne that Studio Four has created for its own co-director.

Ruxton Rise Residence has been built for Studio Four‘s co-director, Sarah Henry, and sits on a greenfield site in Beaumaris – an affluent suburb of Melbourne that’s host to a number of mid-century properties.

While keeping in mind the mid-century typology, Henry was keen to create a tranquil home where she could spend quality time with her two daughters. 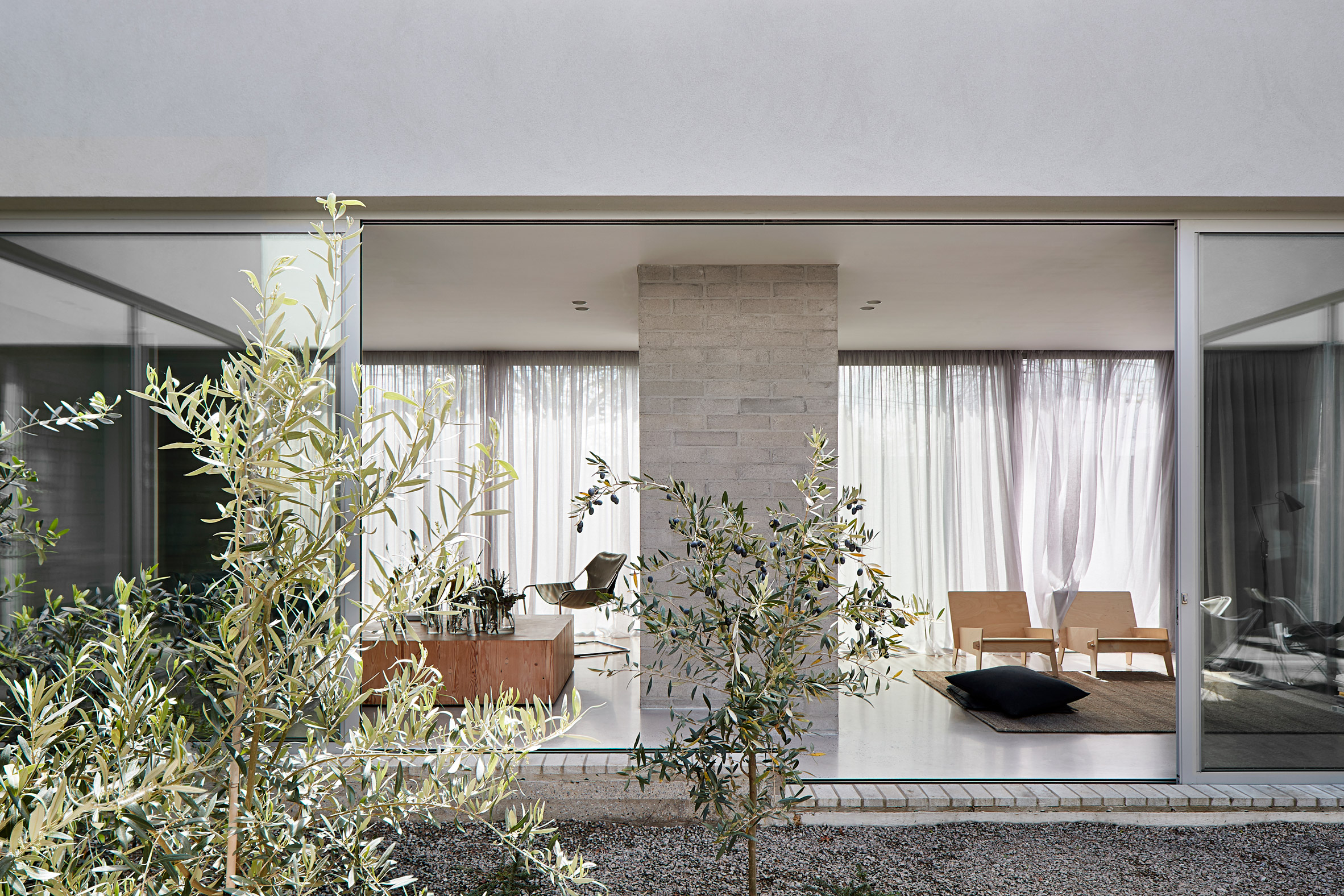 “Designing for my own family was an opportunity to pare back a home to the bare essentials, and explore what is required for a young family to live minimally and mindfully,” Henry told Dezeen.

“The house exemplifies the absence of what is not necessary, in both building form and detail,” she continued.

“If I could summarise the objective for our new house in one sentence, it would be to create a little bit of something precious rather than a lot of something mediocre.” 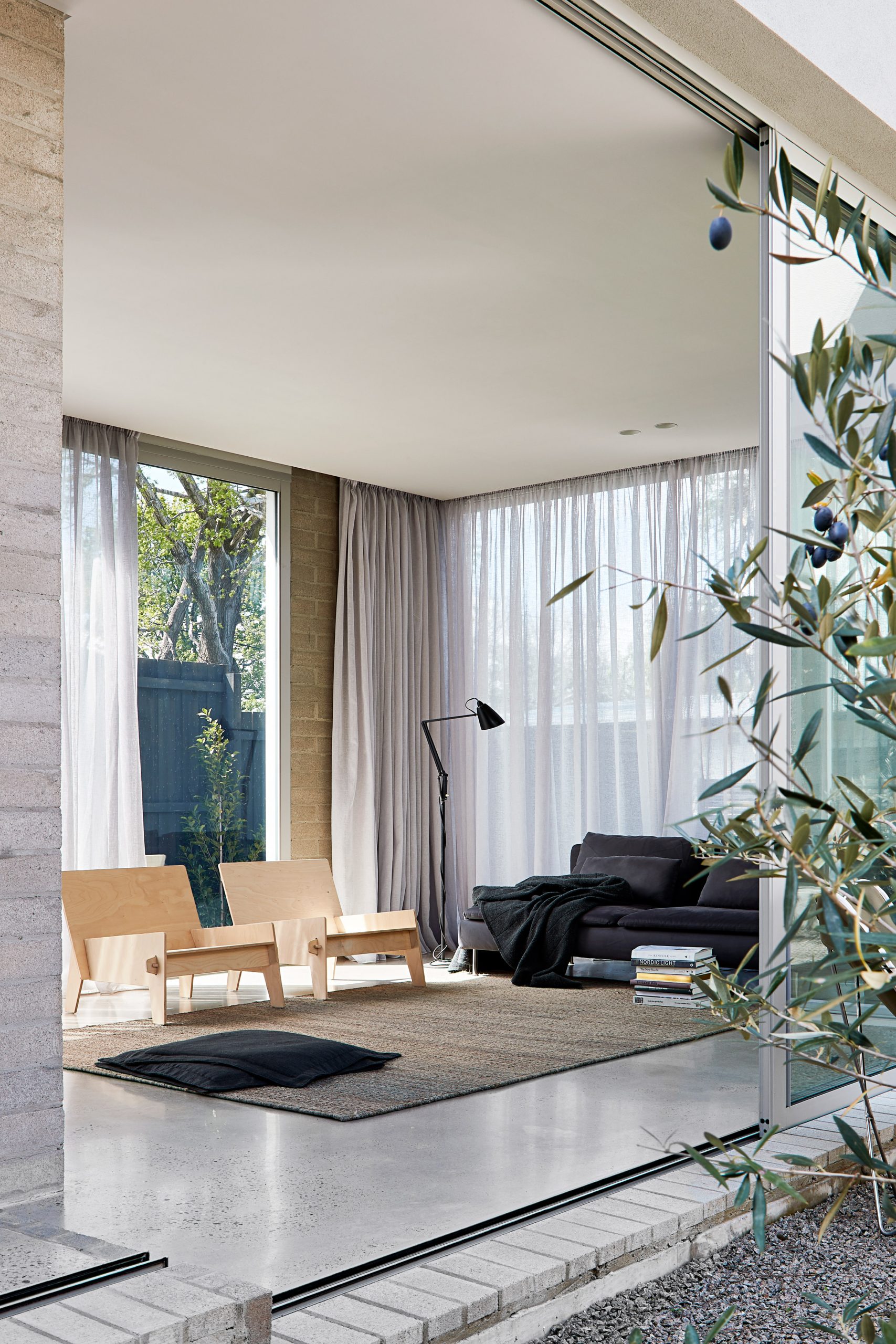 All the communal spaces of Ruxton Rise Residence face onto a central open-air courtyard planted with olive trees.

It’s designed to act as an additional room in the house where inhabitants can gather together to enjoy the sun, or relax alone with a book. 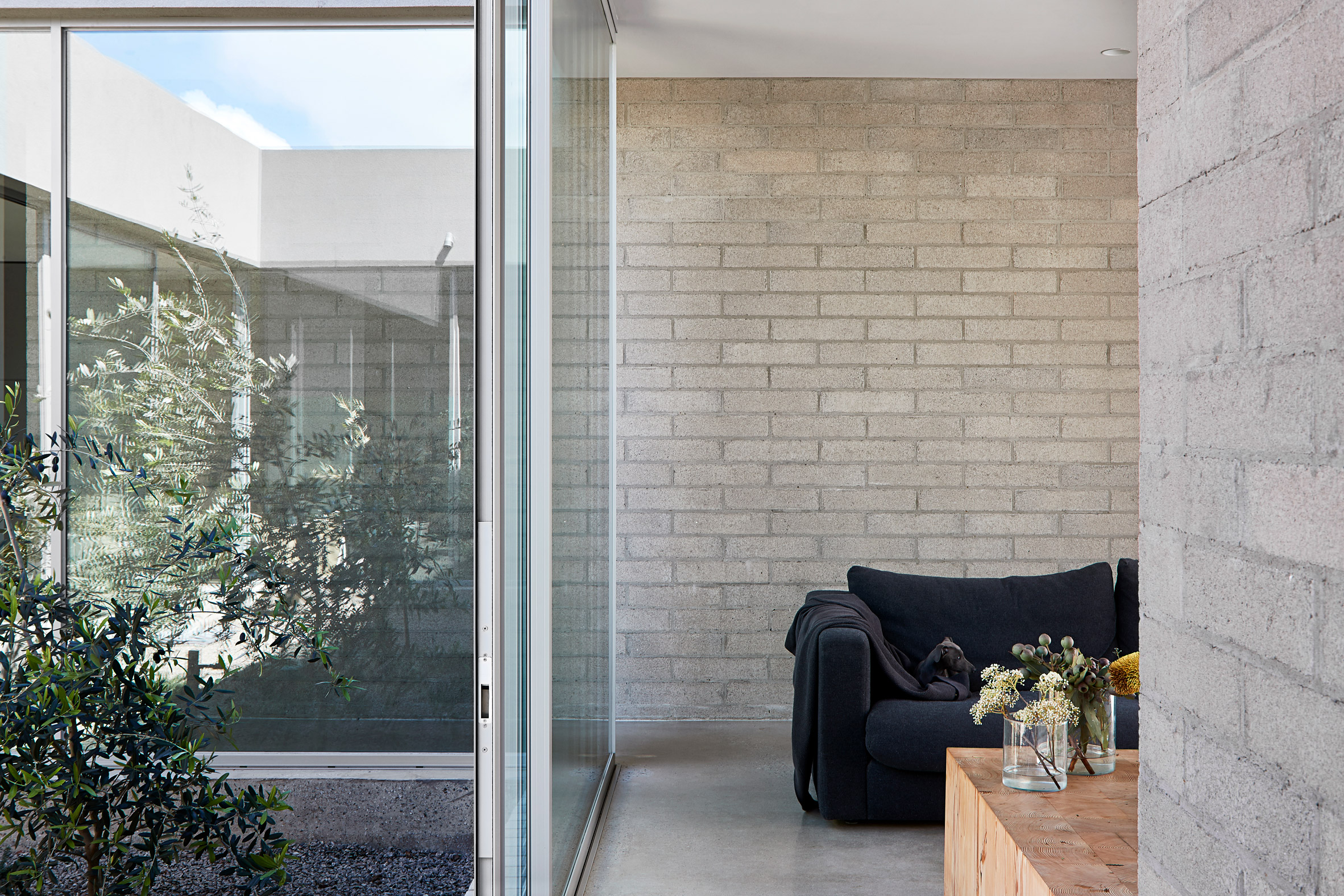 “It connects all internal living spaces and the design enables everyone to enjoy the house together, while providing subtle layers of separation and privacy,” she continued.

“The landscape, and its movement and shadows, provide a calming effect that permeates the whole house.” 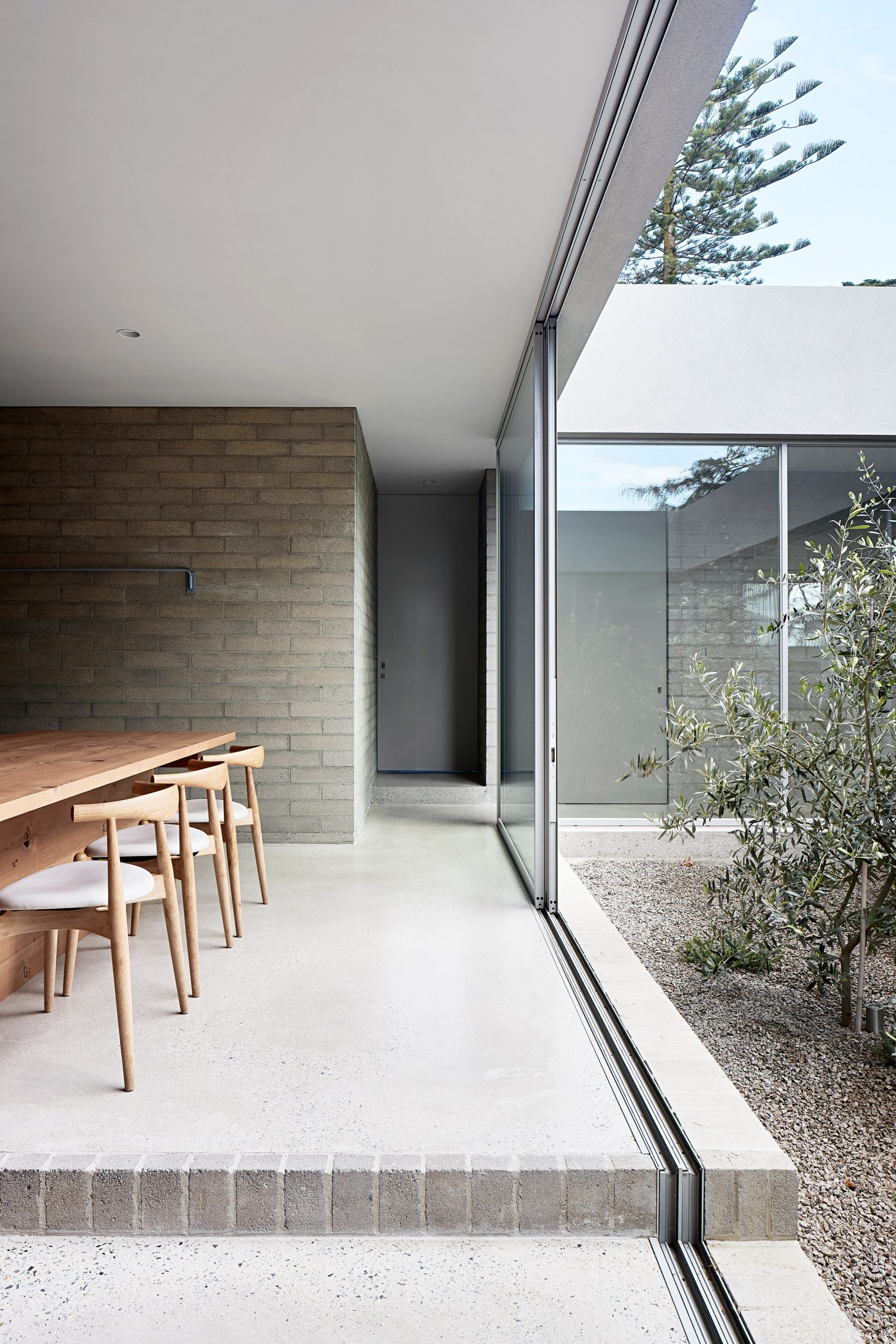 The courtyard is bordered by a series of expansive glazed panels. These can be slid back to access the home’s interior, where the studio has forgone “trends and illusions” and instead applied a palette of simple and natural materials.

“Our challenge was to design an interior that reflects the integrity of the built fabric and possesses a high level of humility,” said Henry.

“All materials and building techniques were selected for their honesty, as well as their ability to patina over time, as it is important a house gets more beautiful as it ages.” 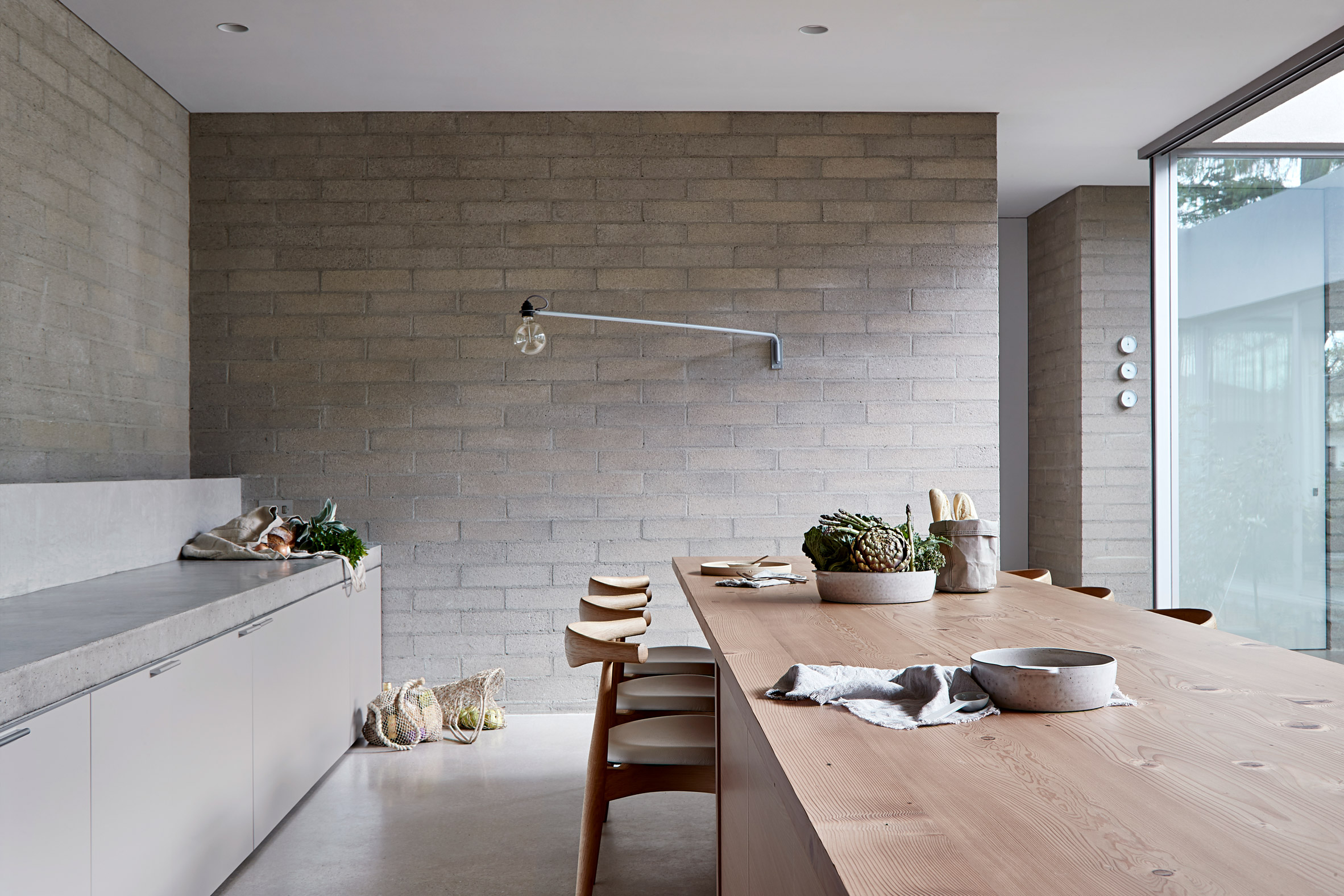 A chunky grey-brick column loosely divides the living area – on one side lies a formal sitting room dressed with a woven rug and a couple of sloping wooden armchairs.

On the other side is a cosier snug that has a plump navy sofa and a coffee table carved from a solid block of Oregon wood. 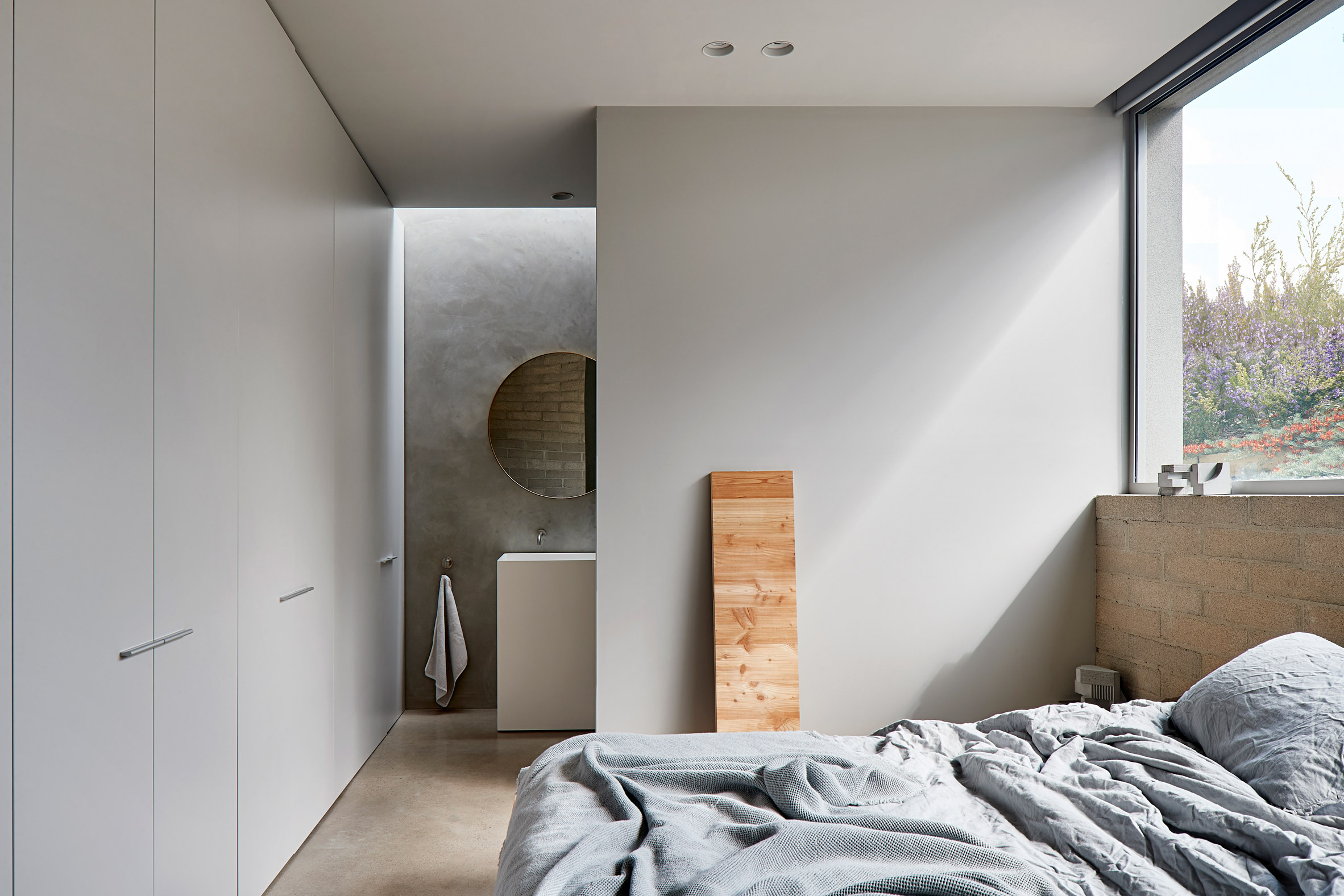 The warmth and tactility of this table encouraged the studio to introduce a wooden dining set in the kitchen – the chairs are by Danish designer Hans J Wegner. Surrounding walls are clad in concrete-bricks, while the cabinetry is pale grey.

This austere palette continues through into the sleeping quarters, which are also painted grey. The same concrete bricks have also been used to form the headboard in the master bedroom. 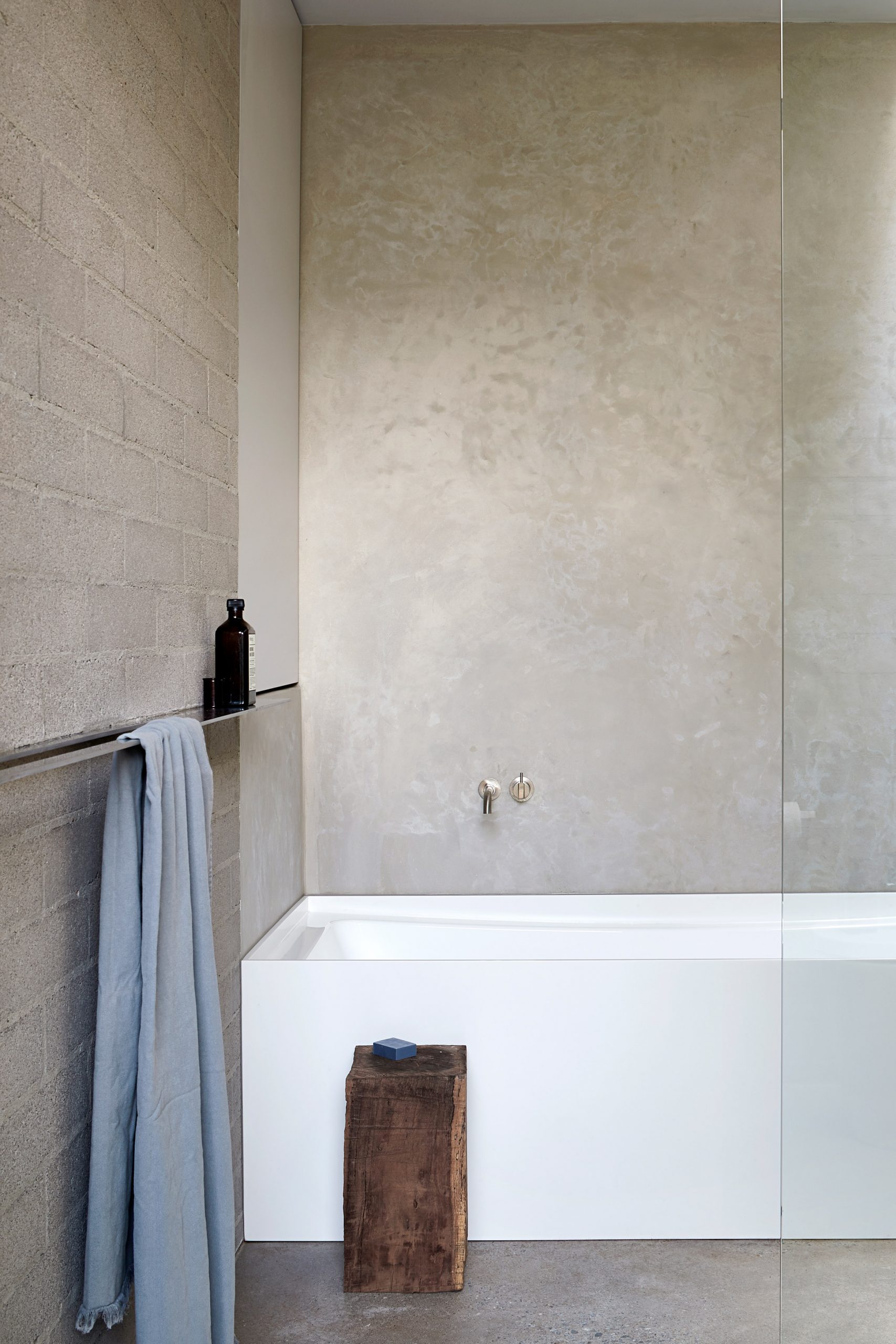 In the bathrooms, surfaces have been covered with tadelakt – a type of lime-based waterproof plaster often used in Moroccan architecture to make sinks and baths.

Even the facade of the home, which is slightly set back from the street, has been washed with grey plaster. 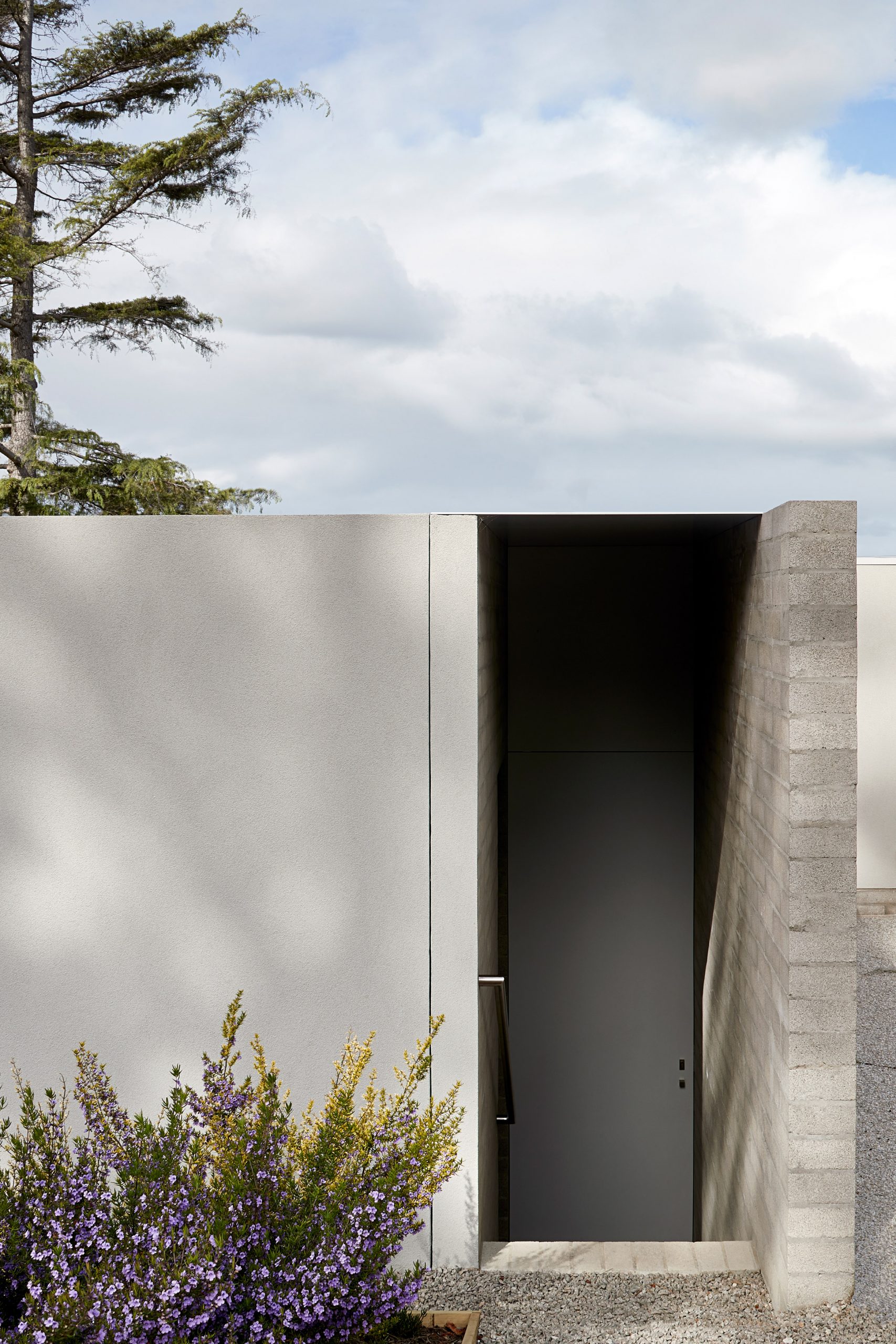 Ruxton Rise Residence is one of several homes that Studio Four has completed in Melbourne.

Photography is by Shannon Mcgrath.

The post Ruxton Rise Residence in Melbourne is arranged around a planted courtyard appeared first on Dezeen.