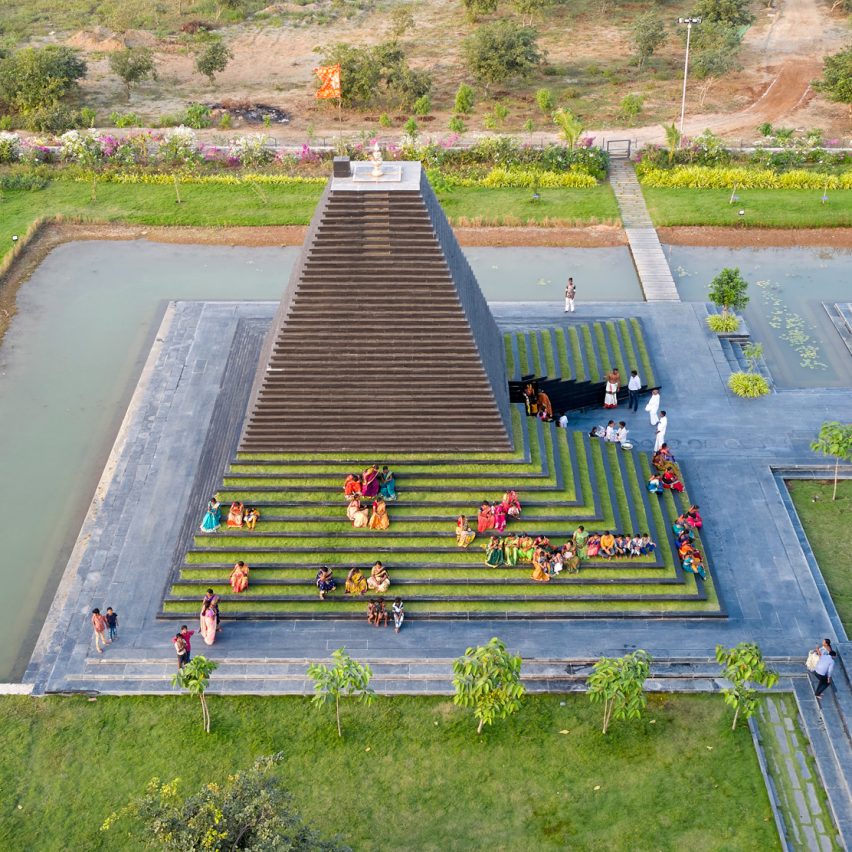 Sameep Padora & Associates has designed a Hindu temple complex partially surrounded by a moat for the village of Nandyal in Andhra Pradesh, India.

The architecture studio created the stepped temples from local black limestone slabs to create a modern take on the traditional Hindu temple forms. 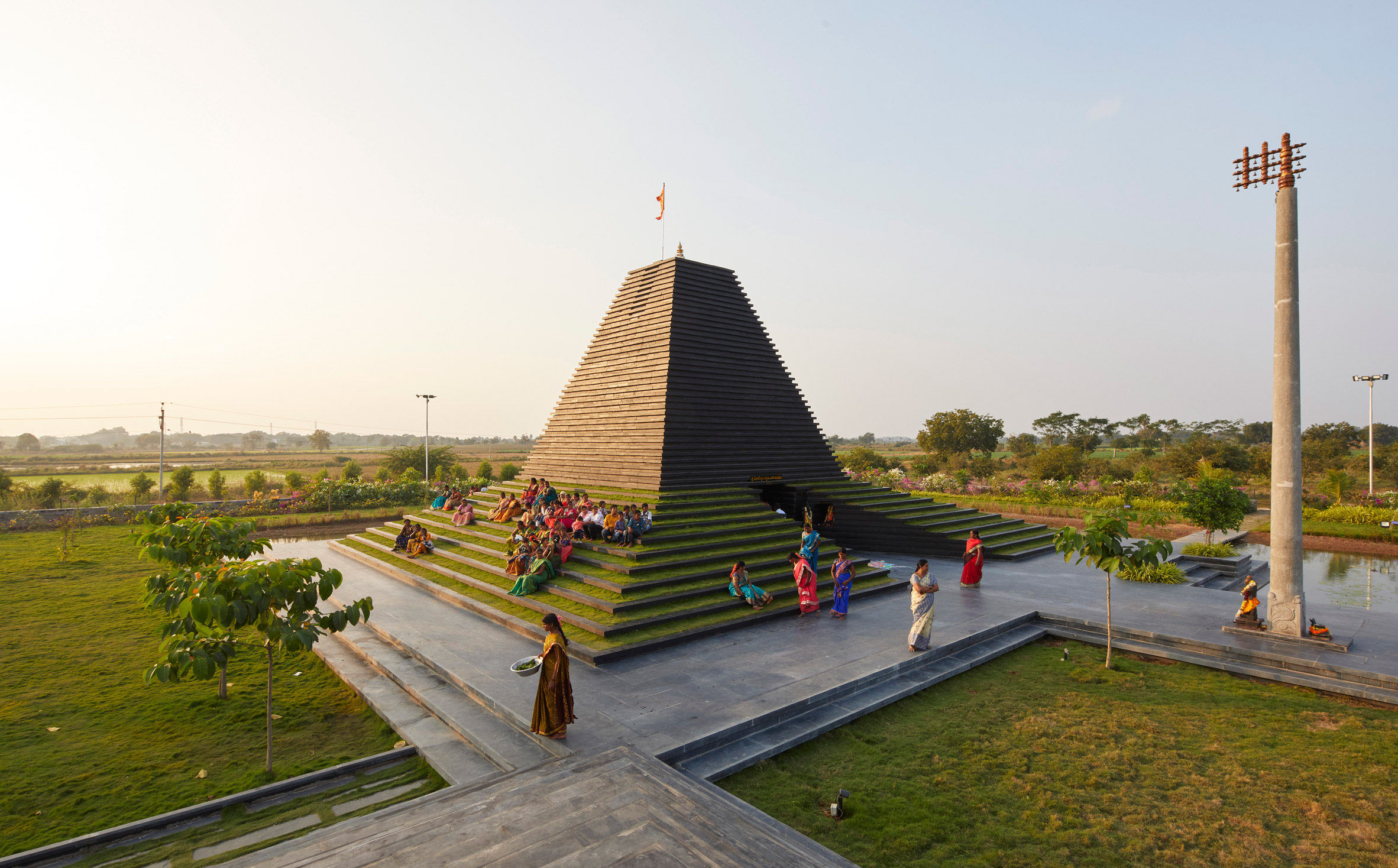 “More than the temple being different from its predecessors, I think it’s more like a variant,” said Sameep Padora & Associates principal Sameep Padora.

“Modernity wasn’t really a preoccupation for the design of the temple,” he told Dezeen. “It was about how the temple was located in its physical context, the available resources and what real value we were able to create using the temple as a catalyst.” 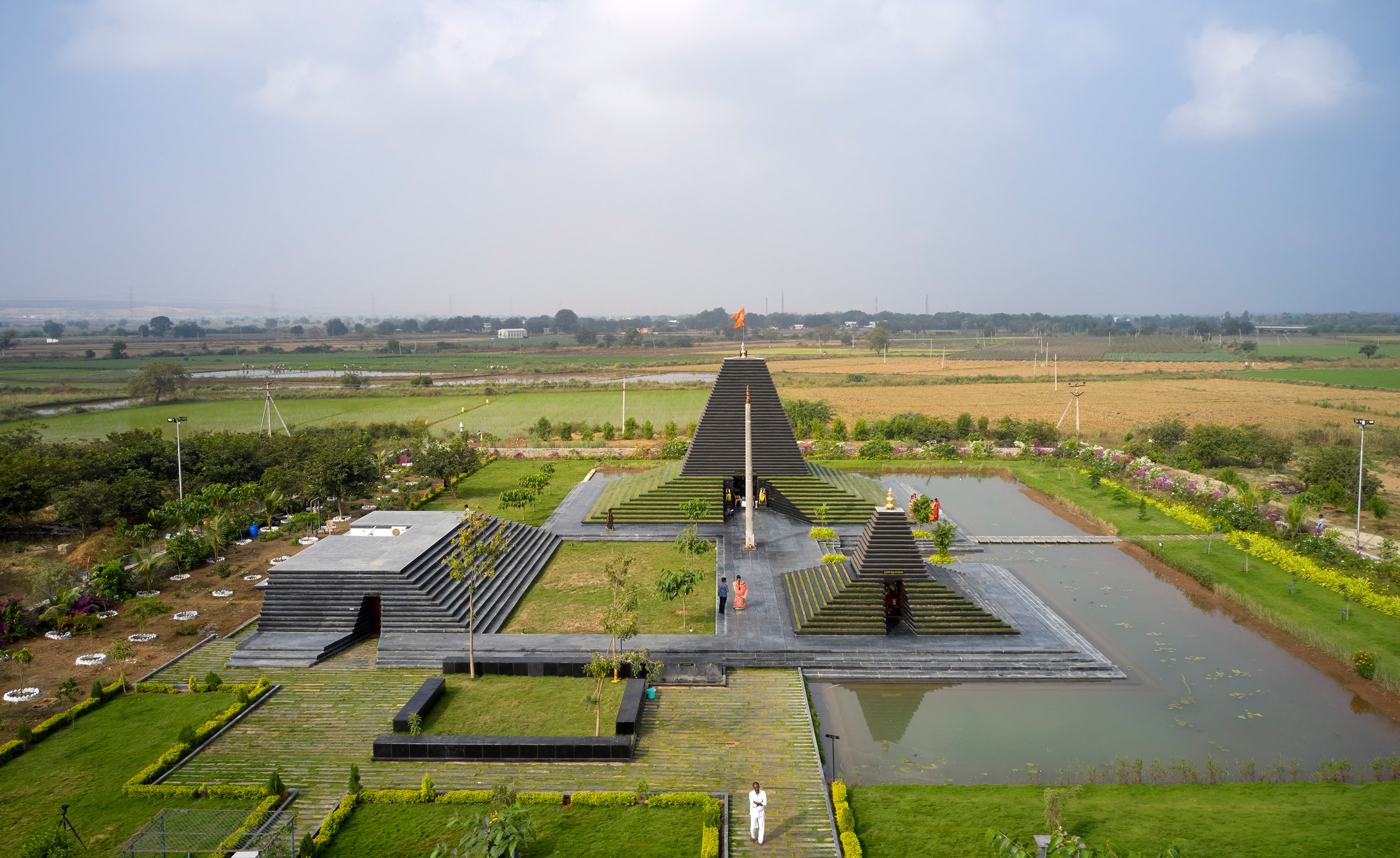 The complex contains two tower-topped shrines, along with an elongated building that contains a kitchen for preparing offerings, public toilets and the priest’s quarters. Alongside the temples is a water tank, known as a Pushkarini.

Sameep Padora & Associates based the arrangement of the buildings and water pond on a 10th-century temple that is located in Tirupathi, southern India. 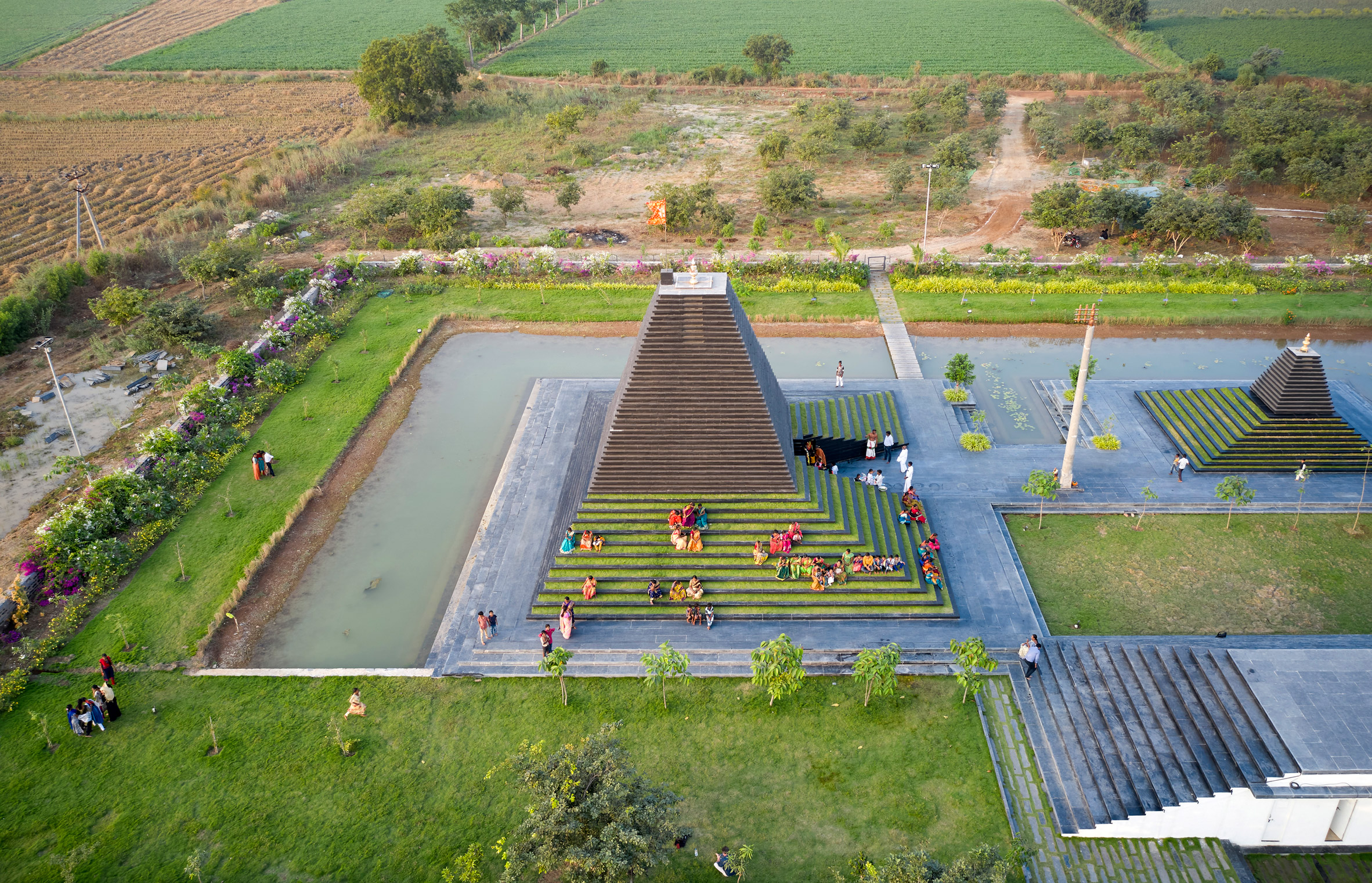 “The planning of our temple carries forward the historic precedent of temple plans which addresses the two shrines and the bathing pond for the deity at the entry,” explained Padora.

“It uses many of the same tropes like the elaborate horizontality in the construct of most traditionally temple design but abstracts that further,” he continued.

“All of the planning was done in dialogue with temple priests who had inputs on what was placed where according to tradition.” 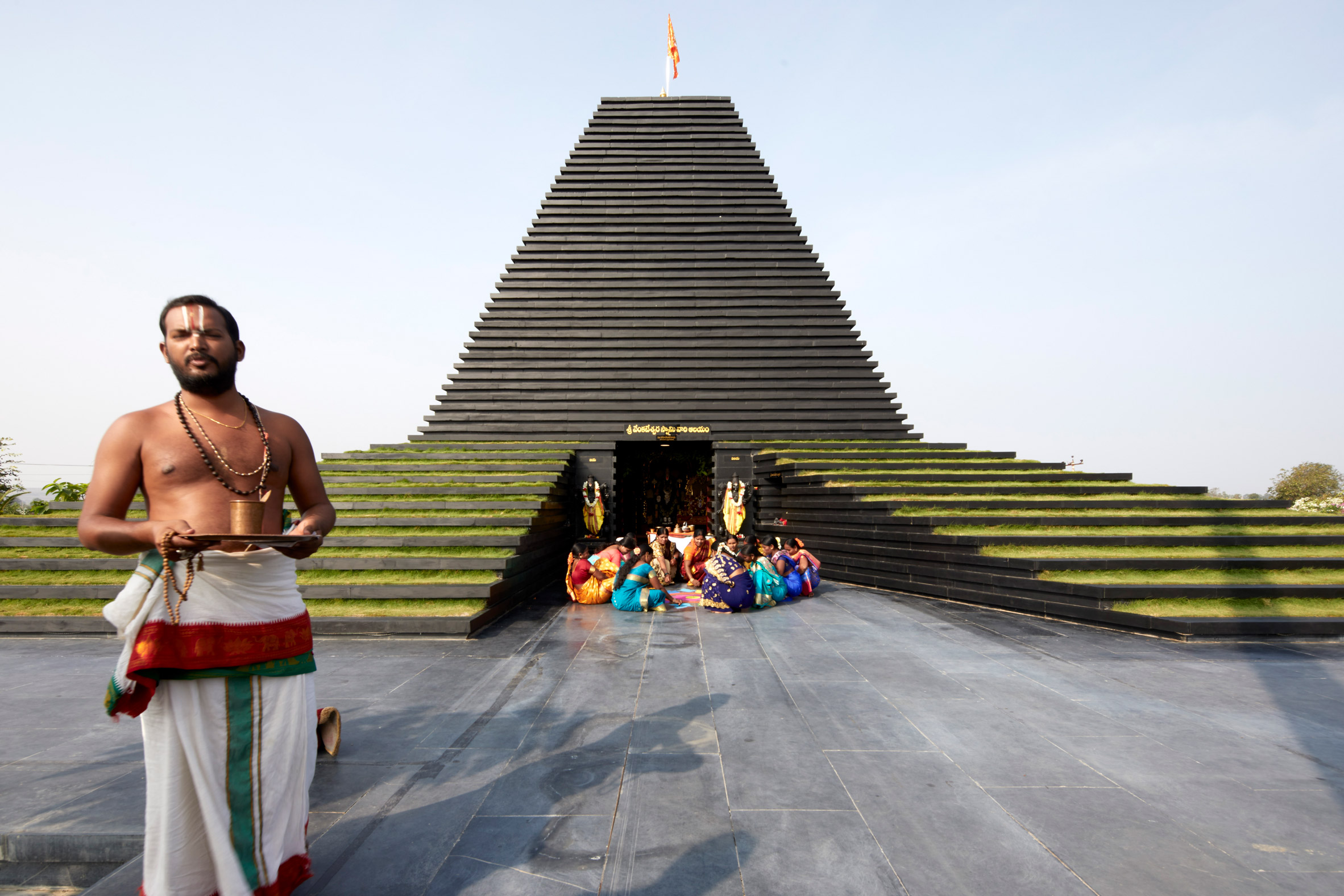 Integrating a water pool into the temple complex was one of the most challenging elements as the area chosen for the building was relatively arid.

To create it the architecture studio diverted water from a nearby quarry into an area of low lying land and to create a water retention basin that was planted with vegetation to naturally clean it. 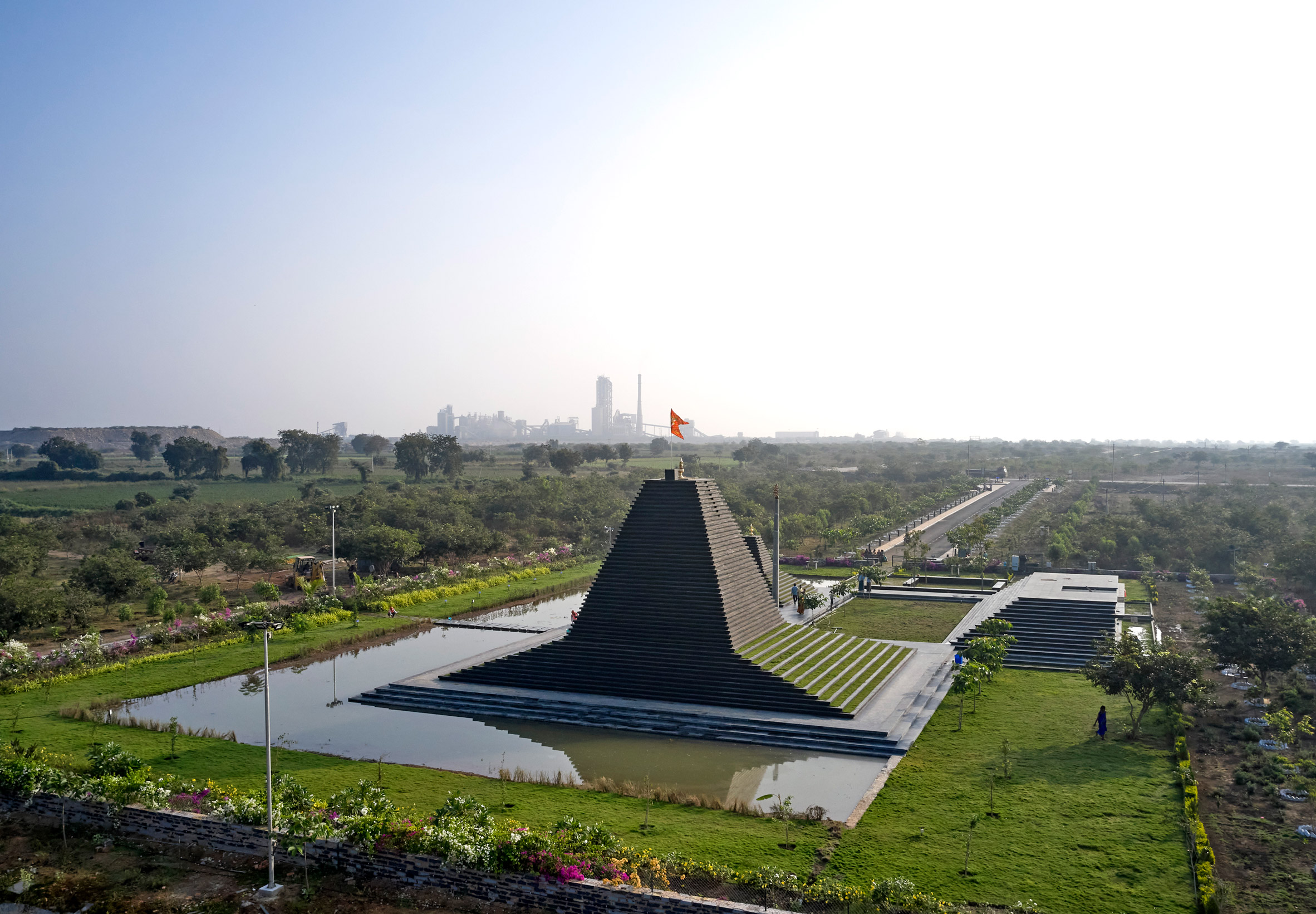 “This single programmatic addition, begins the dialogue, between the temple form, the access steps and the water,” he continued.

“It becomes an architecture that is part landscape and part building, modulated through the module of single corbel creating a scale that is both intimate and distinct.” 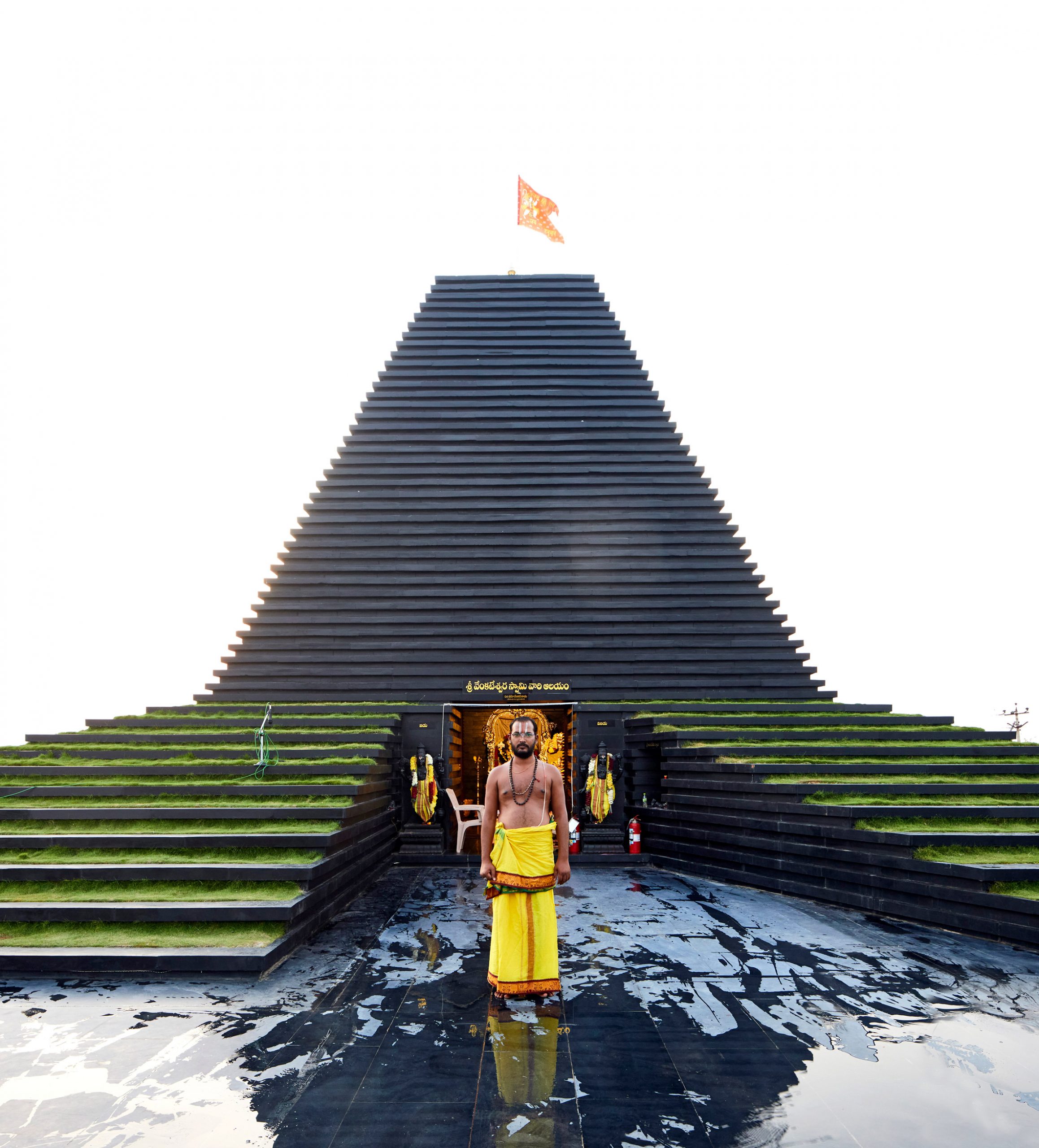 Black limestone slabs were used to create steps that rise out of the pool. These slabs were also used to create the stepped forms of the temples, which are planted with greenery on the lower levels to buffer the interiors from the heat.

The larger of the pair of spire-topped temples contains the Balaji shrine, while the smaller temple contains the Varahaswamy shrine. 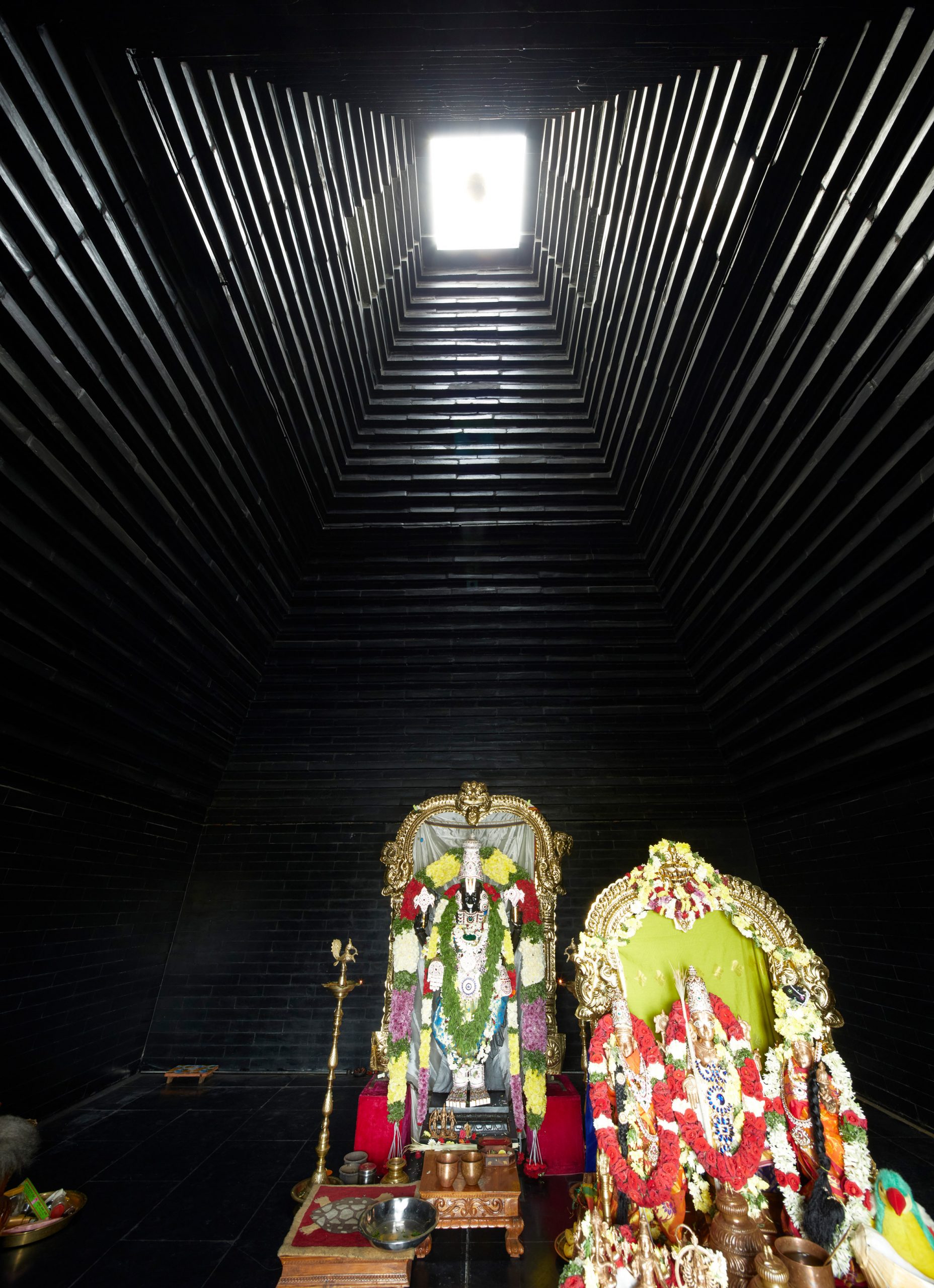 The combination of the water and traditional spire-topped temples defines the religious space said Padora.

“The temple precinct through its association with the water takes two distinct forms of sacred spaces, the temple shikhara – spire above the sanctuary, and the kund – stepped water tank, and integrates it into a single manifestation of the sacred precinct,” he added. 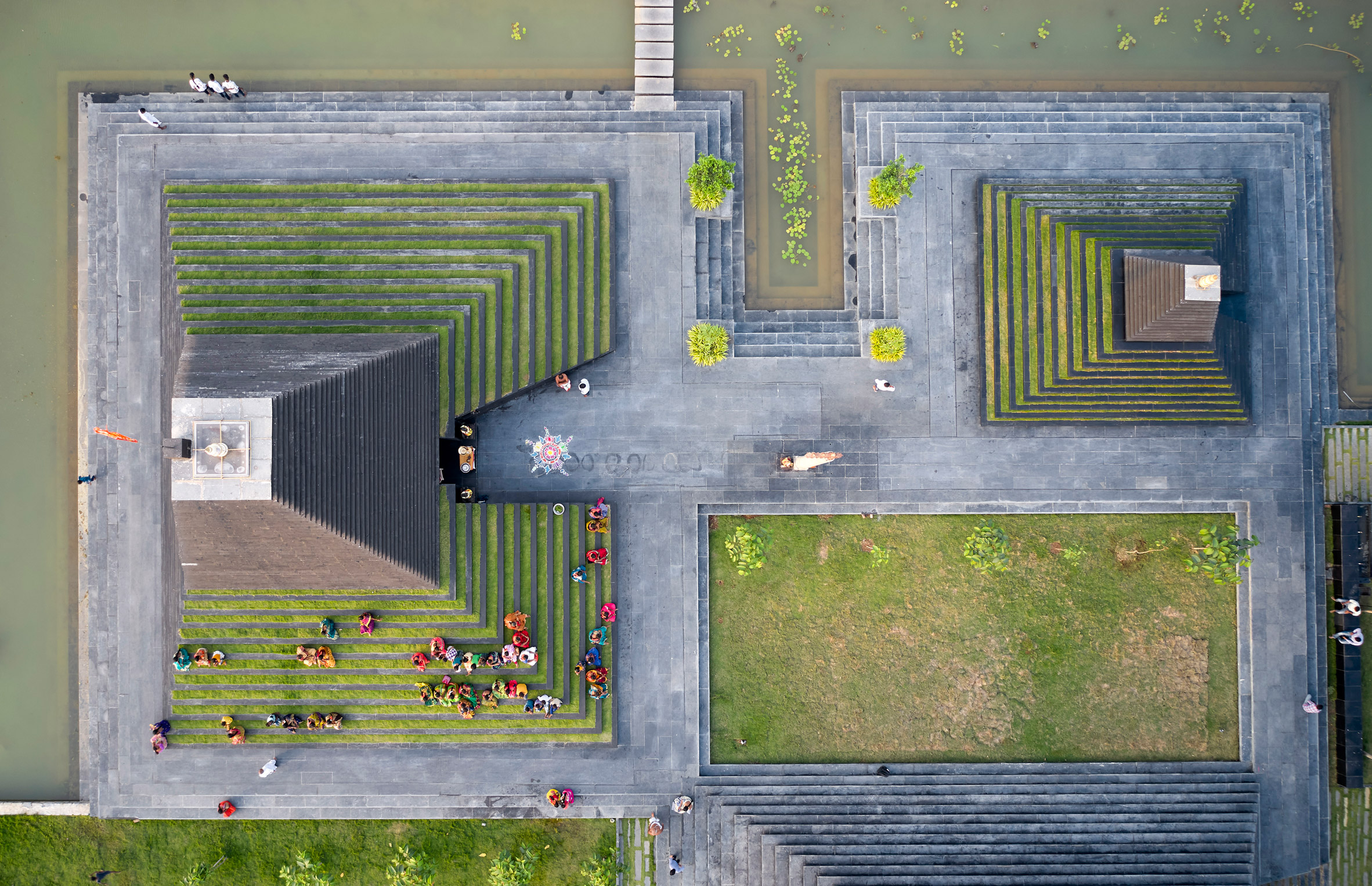 Sameep Padora & Associates is a Mumbai-based architecture studio that has previously designed a Buddhist education and meditation centre built using rammed earth that contains volcanic dust and a school library topped by an undulating brick roof.

Photography is by Edmund Sumner.