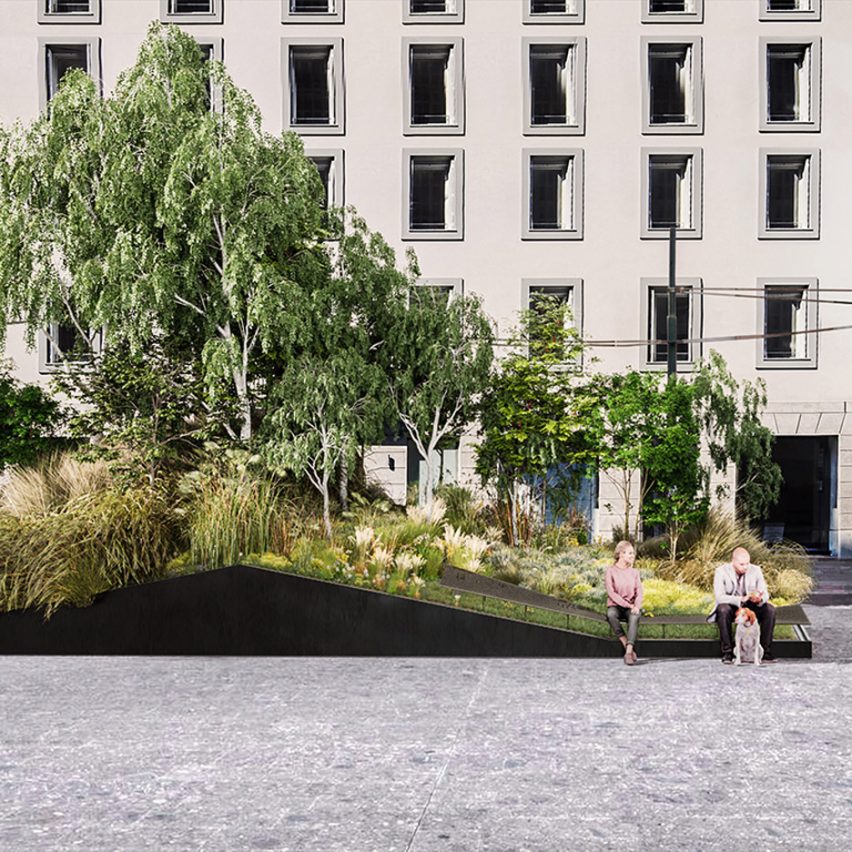 Superverde is Italian architect Stefano Boeri‘s design for modular street furniture for cities that comes with trees, plants and benches.

Boeri’s practice Stefano Boeri Interiors created Superverde for Metalco, an Italian street furniture maker. A metal edge will frame the planters, which would contain an appropriate mix of soil and greenery for the climate it is installed in.

Metal benches can be fixed to certain points of the frame so that passersby can sit and rest amongst the foliage. 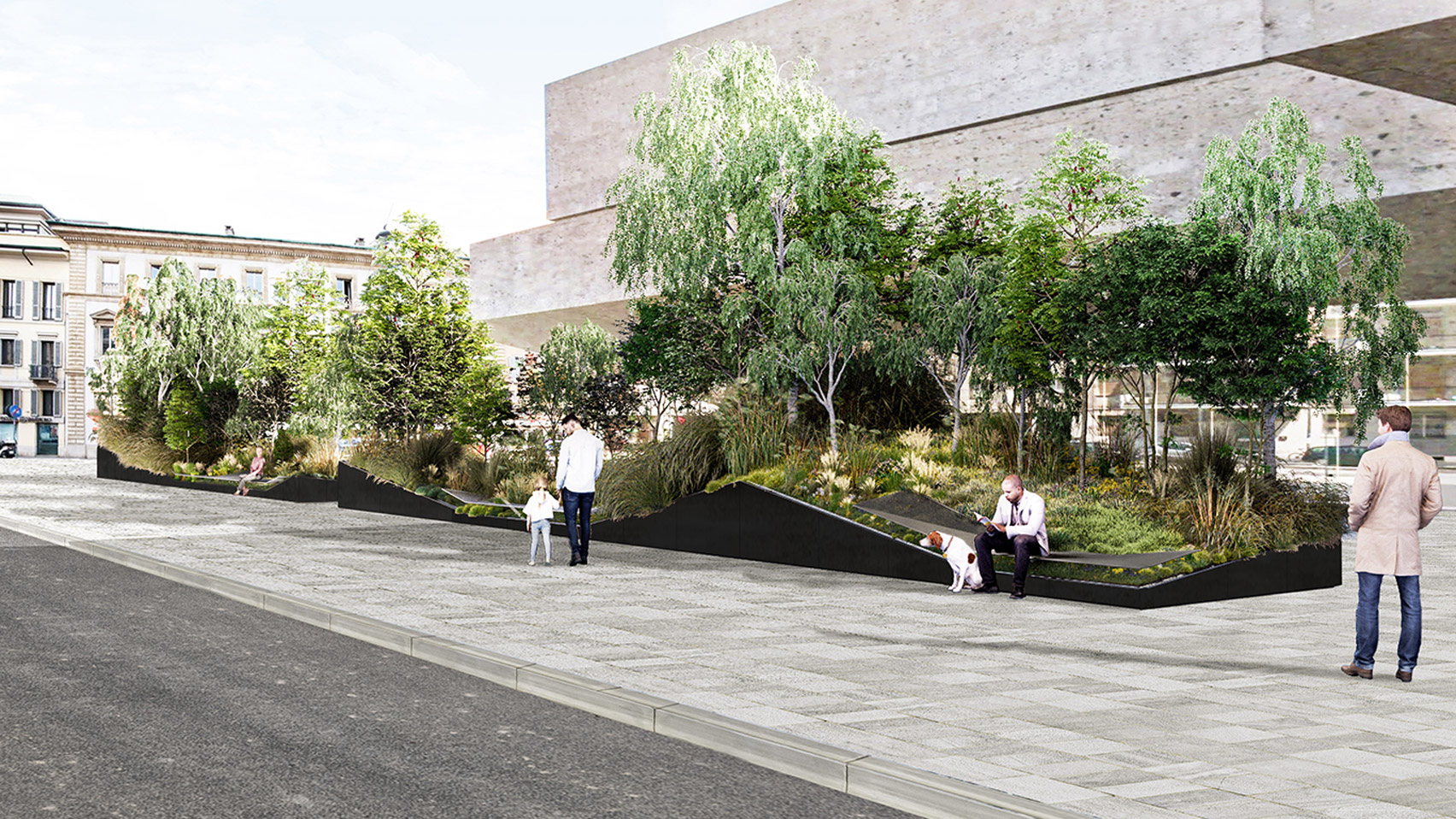 “Superverde is a permeable and flexible surface, which is measured and purchased per square metre,” Stefano Boeri told Dezeen.

“It is designed to be assembled according to the context in which it is placed,” he added.

“Thanks to a system of modules, edges and hidden side structures, it allows for composing landscapes of different shapes and sizes.” 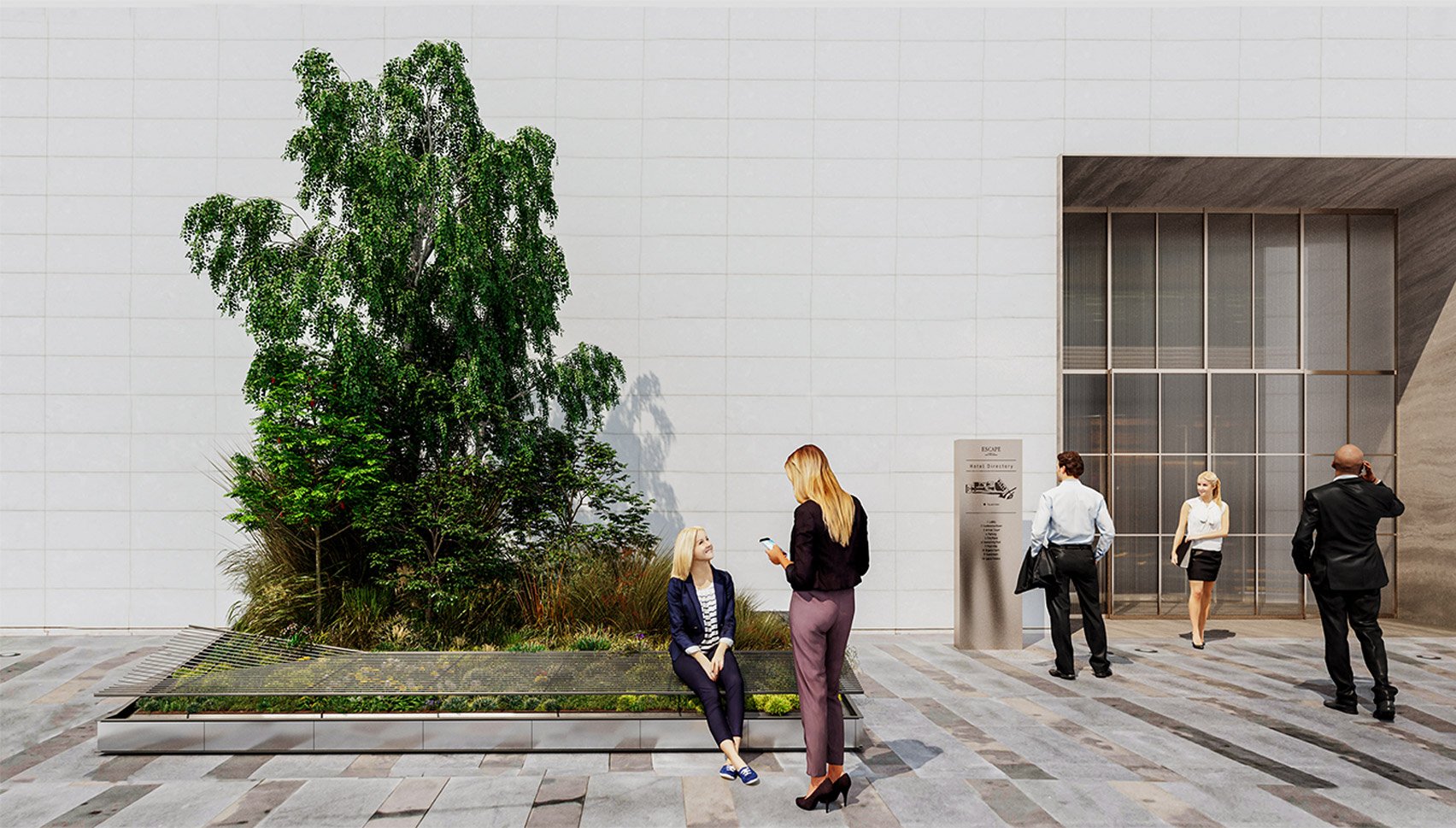 “Thanks to a dense irrigation system and sensors for the control and analysis of the wellness and moisture of the soil, it is possible both to manage the use of water and of all resources and to guarantee the plants health,” said Boeri.

As well as providing decoration, a pleasant space to sit and a habitat for insects, Superverde could improve the immediate climate claimed Boeri.

The areas of greenery would “decrease the ‘urban heat island’ effect” and “reduce temperatures in high-density areas,” he said.

An Urban Heat Island (UHI) is where built-up areas become hotter than the surrounding countryside because the land has been covered with dark, heat-absorbing surfaces.

Trees and vegetation can be used strategically to reduce the air temperature around them by casting shade and through evapotranspiration, the combination of plant transpiration and water evaporating from the soil. 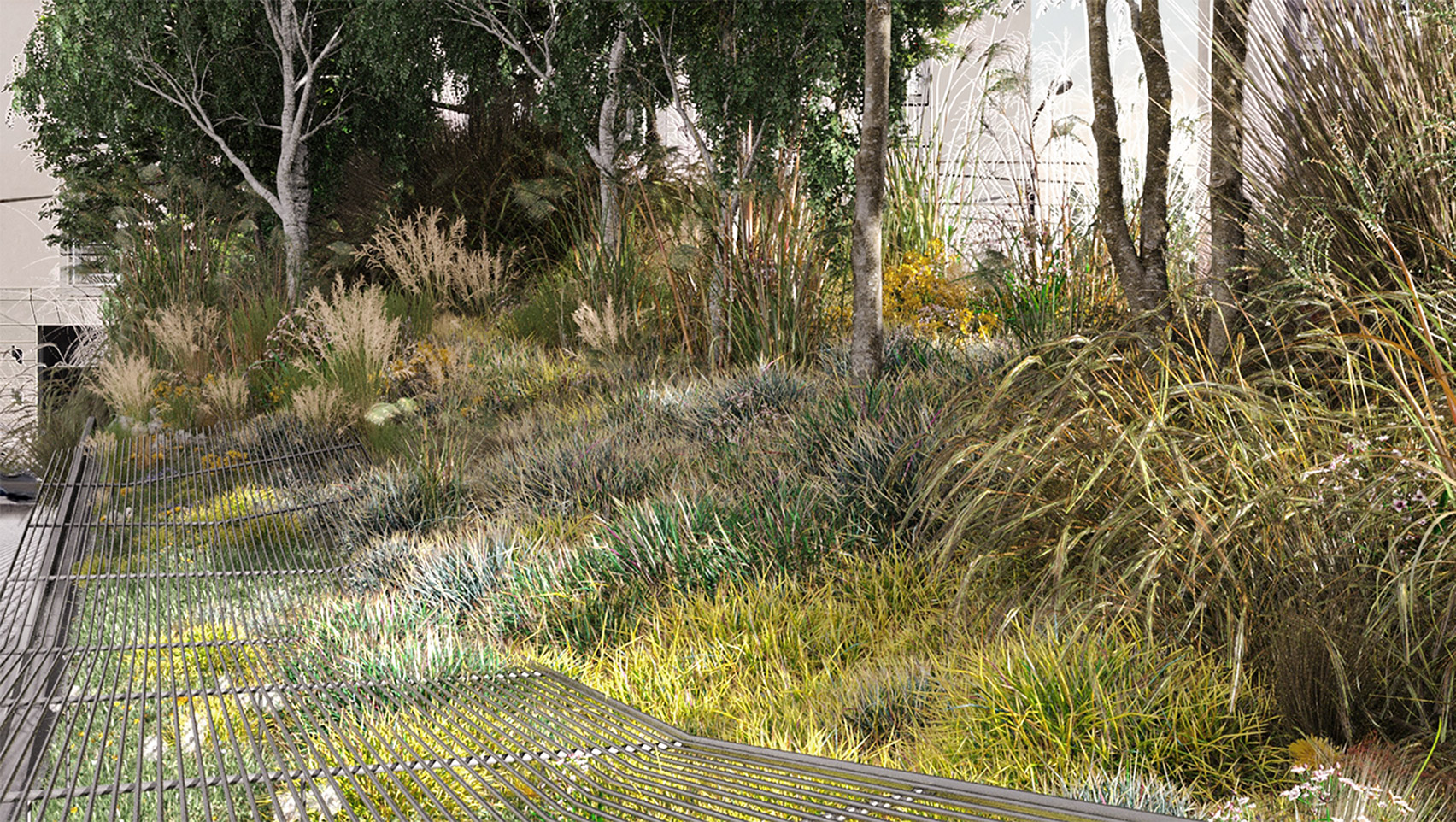 The smallest version of Superverde measures between nine and 20 square metres and can hold up to three trees and 20 shrubs along with grasses and perennials. An extra-large version covers between 60 and 100 square metres and holds up to a dozen trees.

“Superverde increases the presence of trees in the city, thus improving air quality and consequently the lives of citizens,” added Boeri.

Boeri often uses plants in his projects, most famously for his vertical forests – apartment blocks with balconies planted with trees and shrubs.

Also concerned by the UHI, UNStudio and Monopol Colors have created a super-white paint that can be painted on buildings to reflect the heat of the sun.