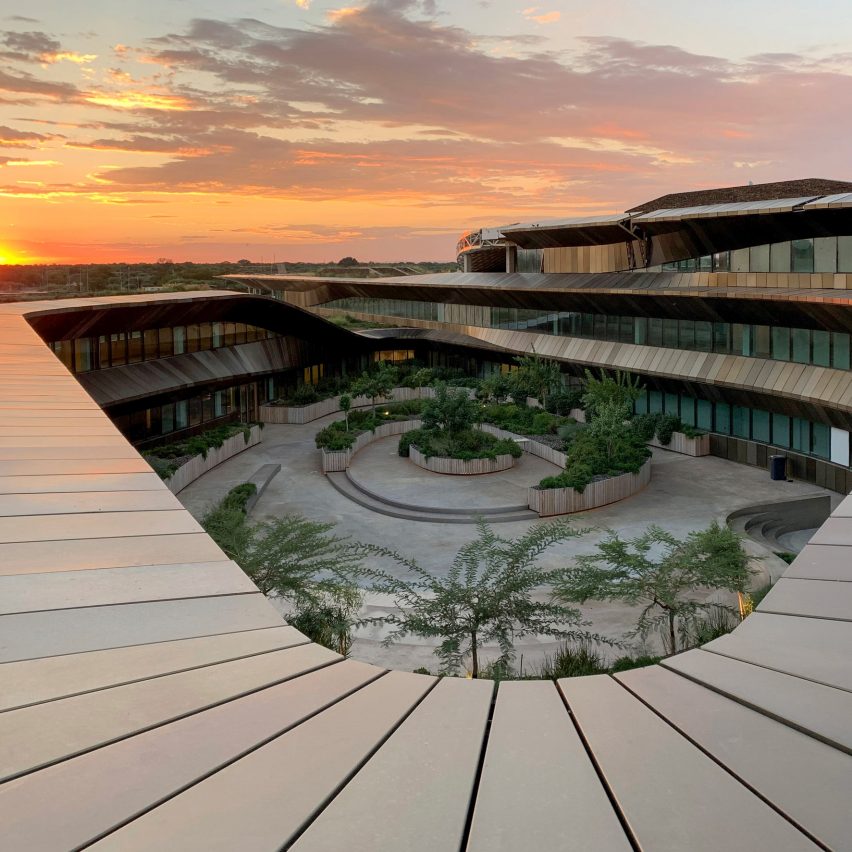 Being built on the outskirts of the Botswanan capital city near the Kalahari Desert, the three-fingered block will house offices and laboratories for several government departments as well as space for international and local technology companies. 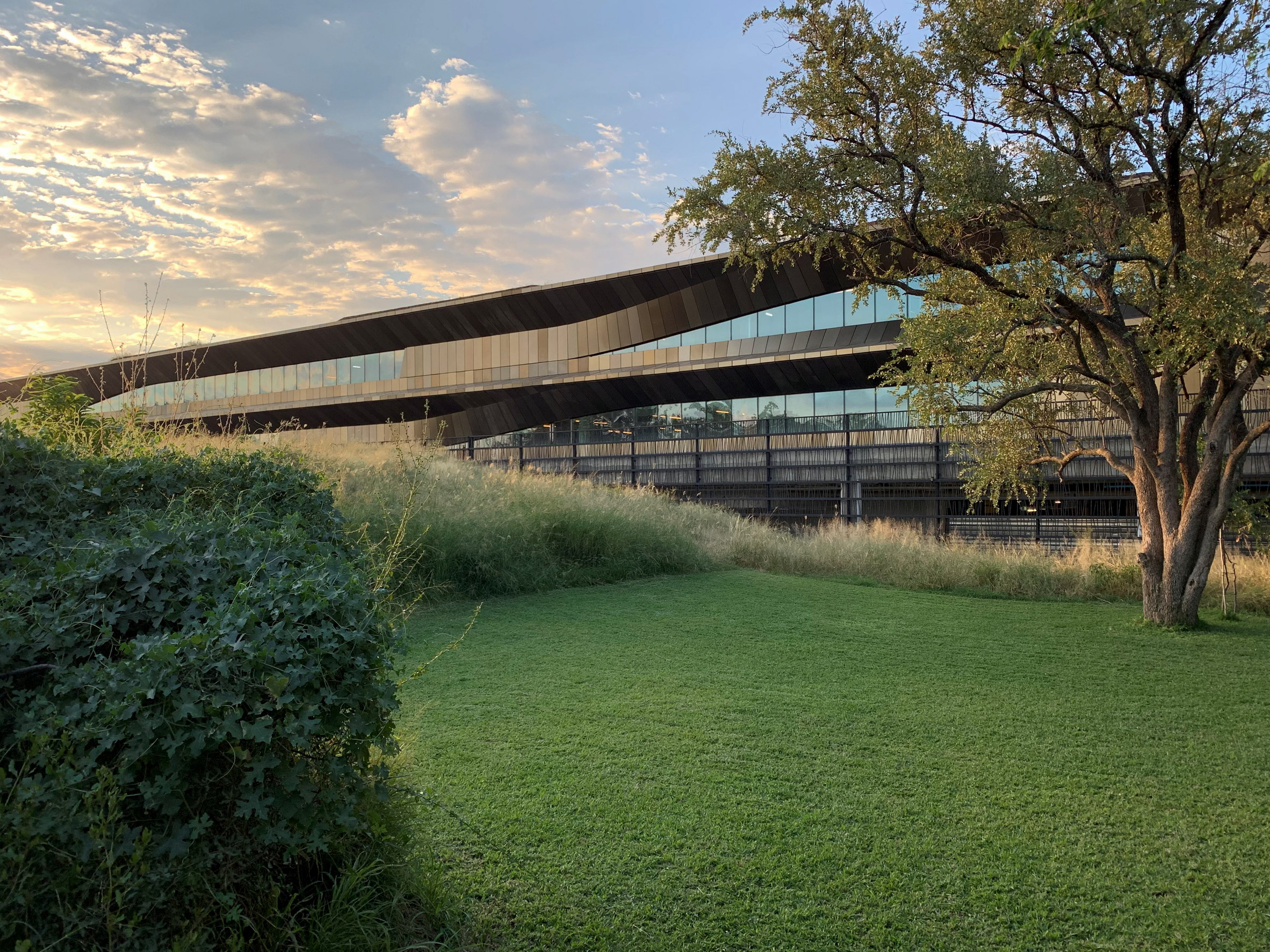 SHoP Architects and Nutall Smith divided the building into three long blocks that are connected by connecting arms that create a series of courtyard spaces.

The central, tallest block, which reaches four stories and is stepped down to two, will contain the majority of the innovation hub’s shared amenities, including a 250-seat auditorium and bar. 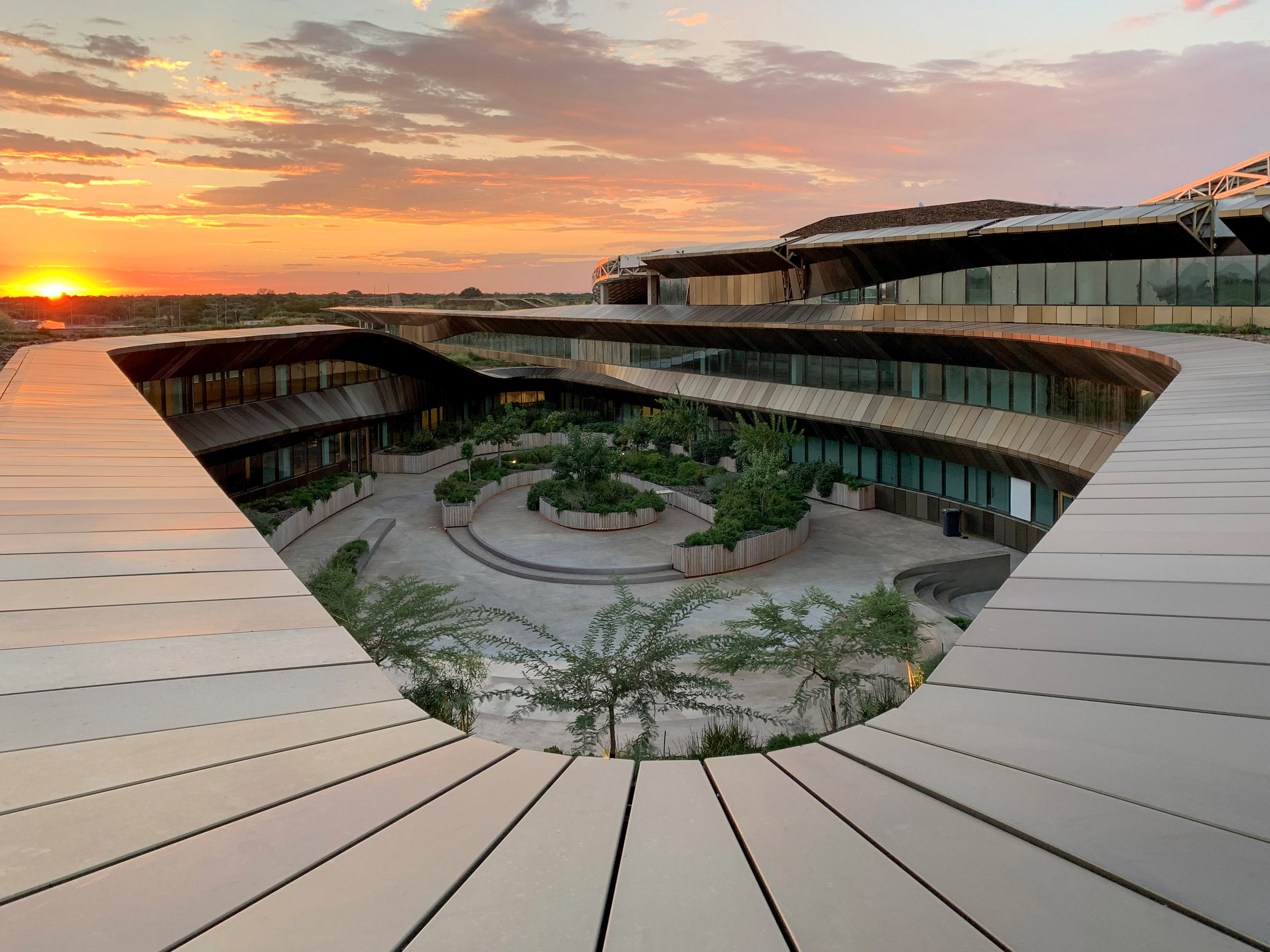 Connected to the central block by two curving arms, the two-storey northern block will primarily contain laboratory space for the government and start-up businesses.

The main occupant will be the country’s Ministry of Health, which will create a 4,650-square-metre HIV research lab in collaboration with US universities Baylor, Harvard, and the University of Pennsylvania.

The two-storey southern block will contain offices along with a business school. 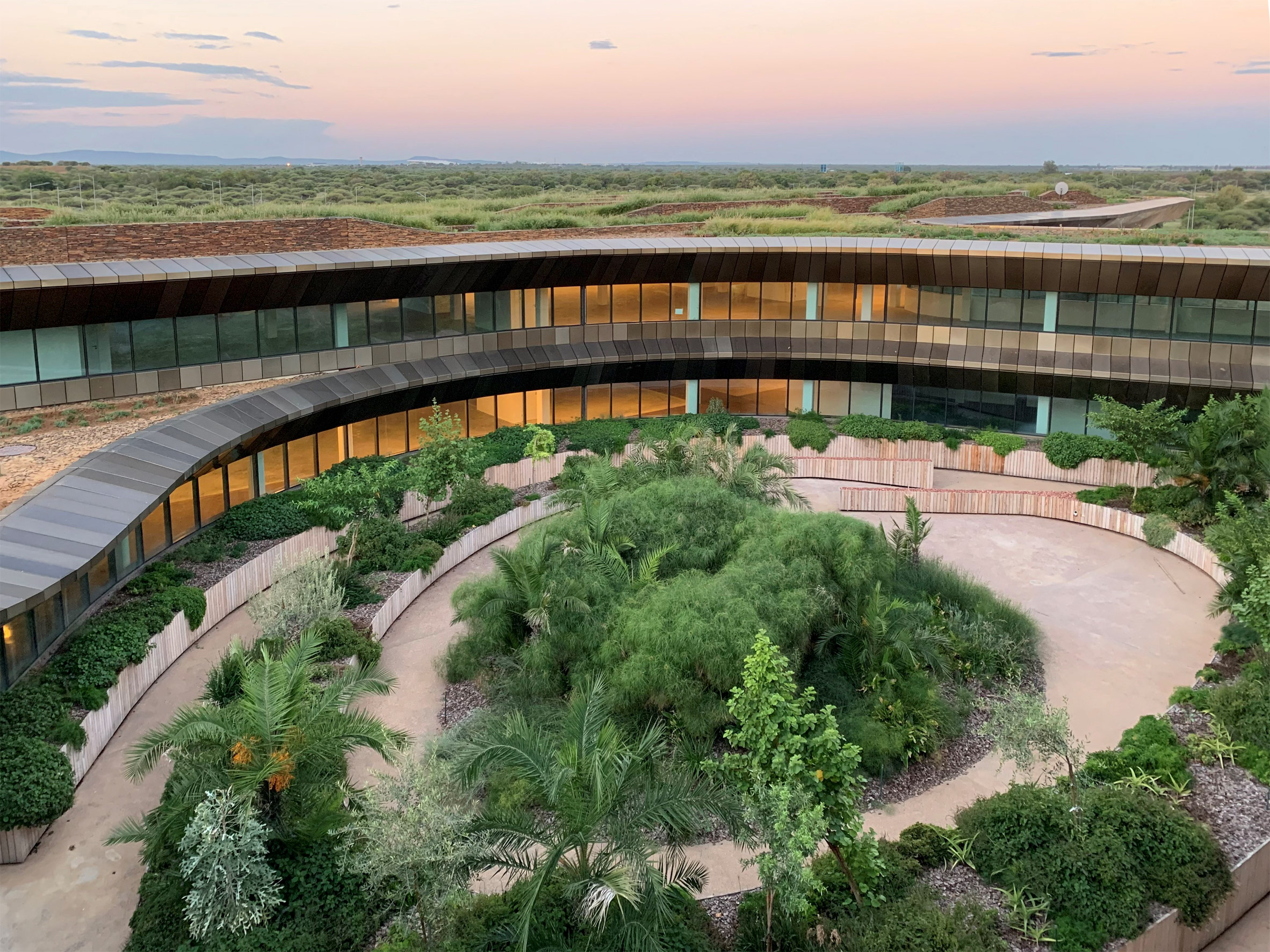 SHoP Architects and Nutall Smith designed the Botswana Innovation Hub to function within the desert’s demanding heat. Its roof will have large overhangs to passively shade the building and these overhands are repeated in the facade’s deep articulation to maximise shading on the building’s lower levels.

The roof will contain a combination of vegetated areas, which are planted with local and drought-tolerant species so should need no watering, photovoltaic panels and rainwater harvesting systems.

According to the studio, these systems will offset around half of the building’s operational energy costs. 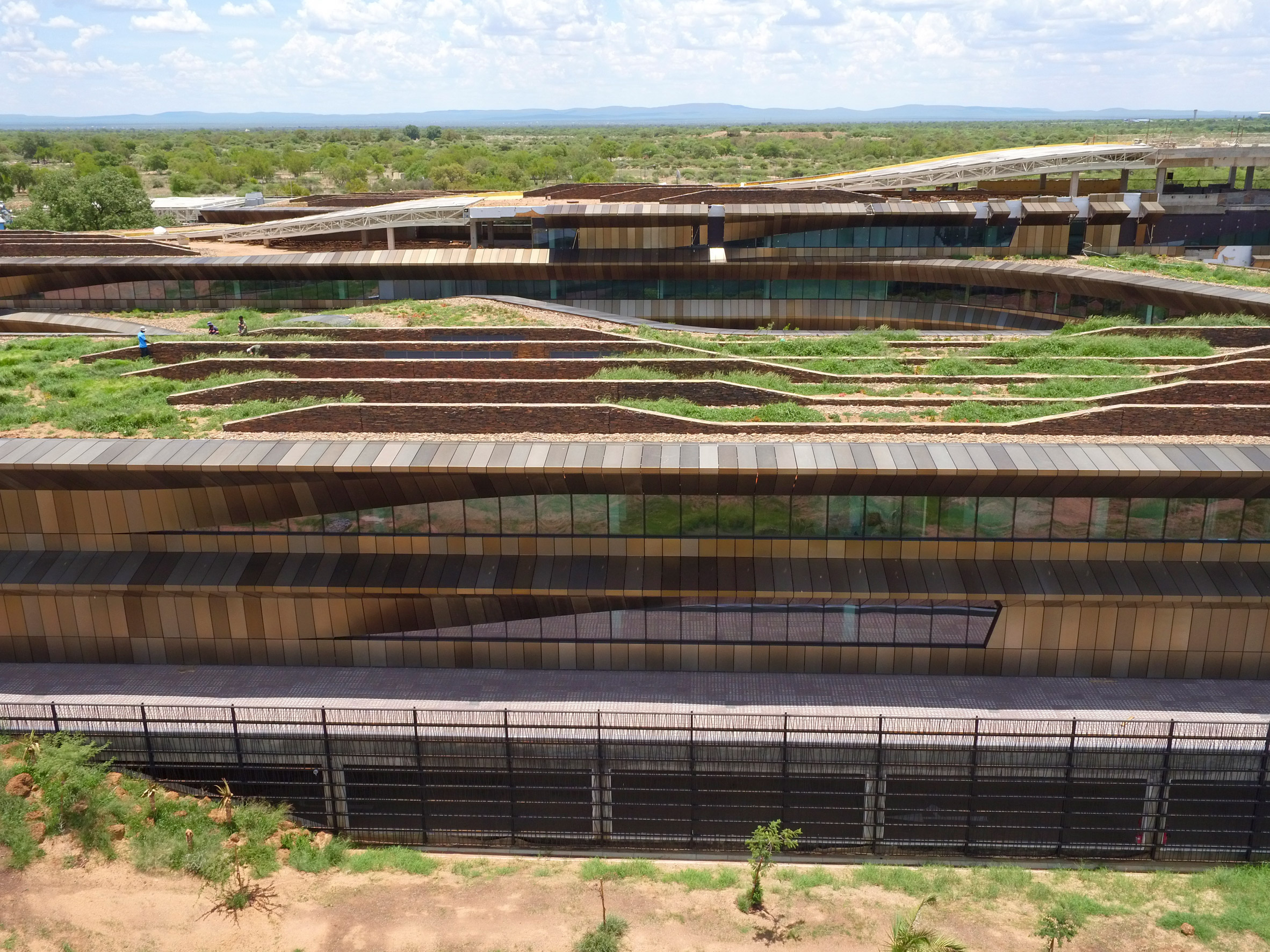 The overall design of the building was also a nod towards the sand dunes of Botswana.

“The cultural significance of the dune and delta to Botswana have been embraced in the design of the building,” said the Botswana Innovation Hub.

“These have been the conceptual driver since the inception of the project. The embodied characteristics of these landscape features have remained visible and prominent in the form of the project, most notably with the building massing, the facade expression and the landscape planning.” 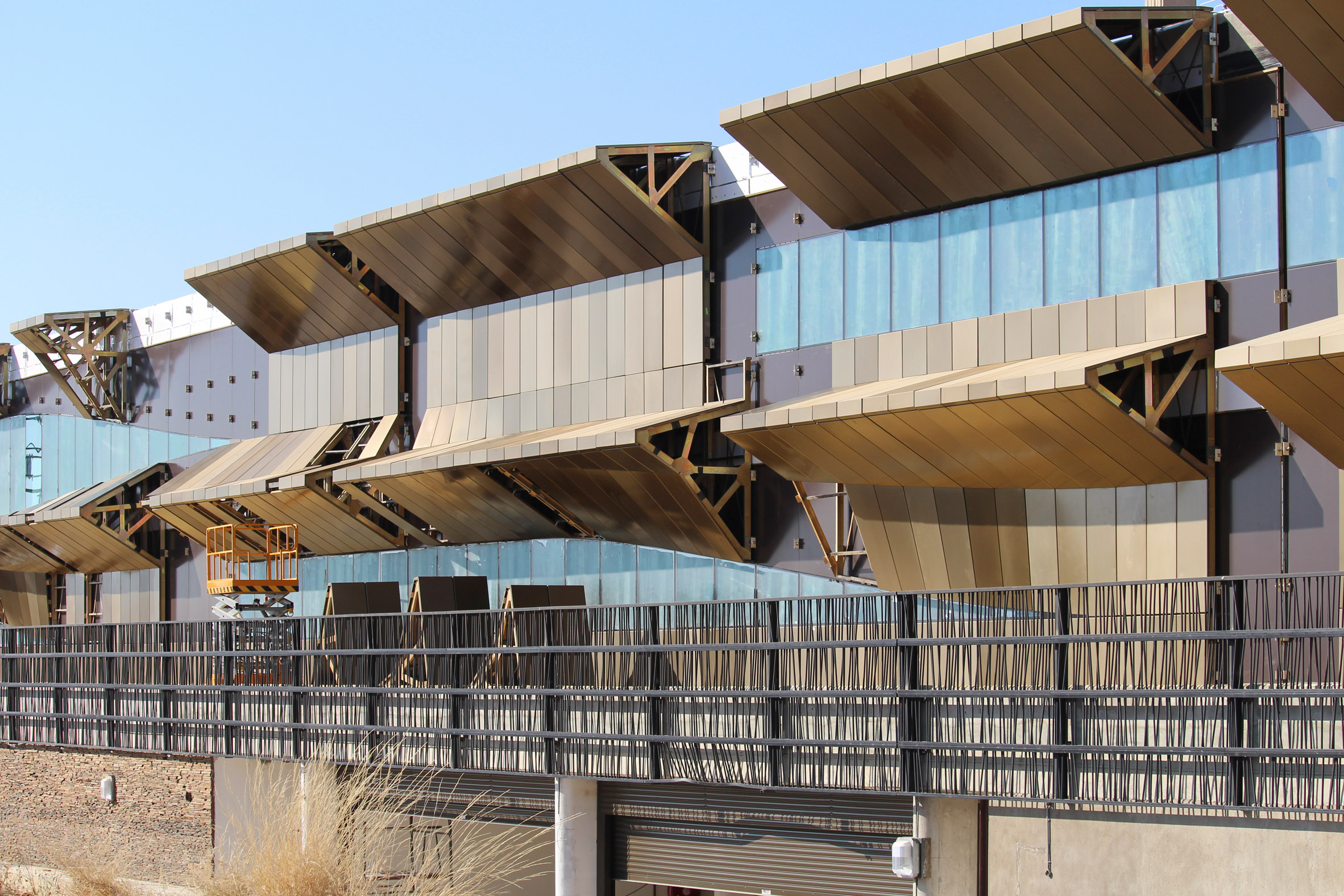 The innovation centre is the first stage of the development of a 57-hectare business park near the Sir Seretse Khama International Airport that will include offices, industrial units and hotels.

New York-based SHoP Architects was founded in 1996. The studio recently revealed its design for world’s tallest hybrid timber tower in Sydney and an irregularly stacked building for the US Embassy in Bangkok.