Home/Competition: win a subscription to Inque magazine and an exclusive T-shirt by Matt Willey

Competition: win a subscription to Inque magazine and an exclusive T-shirt by Matt Willey 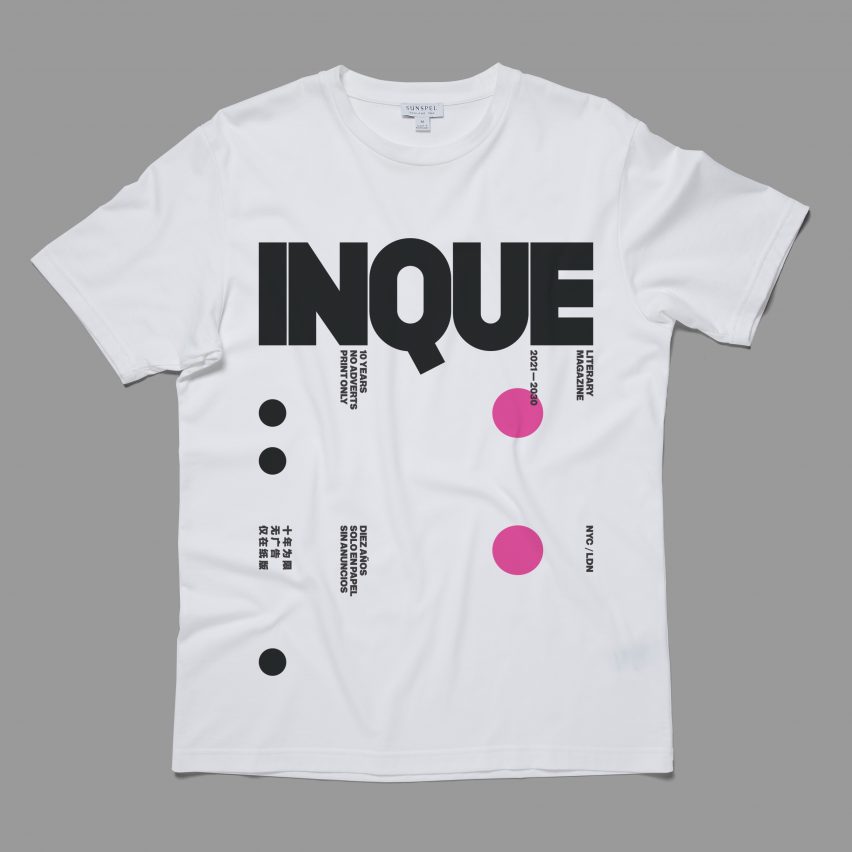 In our latest competition, we have teamed up with Inque magazine to give readers the chance of winning a year’s subscription and an exclusive T-shirt designed by Matt Willey.

Launching in 2021, Inque magazine will focus on extraordinary art, design, and photography with “an editorial remit to be creatively ground-breaking”.

The magazine is the brain-child of Dan Crowe, award-winning publisher of Port magazine, and Matt Willey, former art director of The New York Times Magazine.

The magazine, which will be published once per issue per year for 10 years, will be produced in large print format only (350mm x 280mm) and will be completely ad-free – an attempt at bypassing the creative restrictions that can come with advertising revenue streams. A Kickstarter campaign to fund the first issue went live today.

“Inque is a 10-year creative document, an ad-free hybrid magazine set to the rhythm of its time, showcasing new talent alongside living icons and commenting on what will be an extraordinary decade,” said Crowe.

Over the course of the 10 years American Jonathan Lethem, author of The Fortress of Solitude and Motherless Brooklyn, will write a new novel with one chapter released per issue of Inque.

There will also be 500 limited edition original artworks produced to coincide with special issues, with photographers Jack Davison and Christopher Anderson contributing to the launch.

“People still love magazines,” said Crowe and Willey. “Although sales have dwindled, it’s not because the audience has disappeared: it’s because authentic publications have.”

An editorial board has been established to advise on each issue and includes Pulitzer-winning New York Times writer Wesley Morris, author Hanif Kureishi, publishing director of Hamish Hamilton and Penguin Books, Simon Prosser and visionary publisher Sharmaine Lovegrove, head of Dialogue Books in the UK.

As well as a year’s subscription to the magazine each of the five winners will also receive an Inque T-shirt, designed by the magazine’s co-founder Willey and made by British brand Sunspel.

Available in small, medium and large, the garments are crafted from cotton and feature original writing from Inque contributor Max Porter, author of Grief Is the Thing With Feathers and Lanny.

To enter the competition, complete the form below.

Five readers will be selected at random and will win a year’s subscription to Inque as well as an Inque T-shirt in a size of their choice.

Competition closes 18 August 2020. Terms and conditions apply. Five winners will be selected at random and notified by email.

Photograph in the main image is by Agnes Lloyd-Platt.

The post Competition: win a subscription to Inque magazine and an exclusive T-shirt by Matt Willey appeared first on Dezeen.