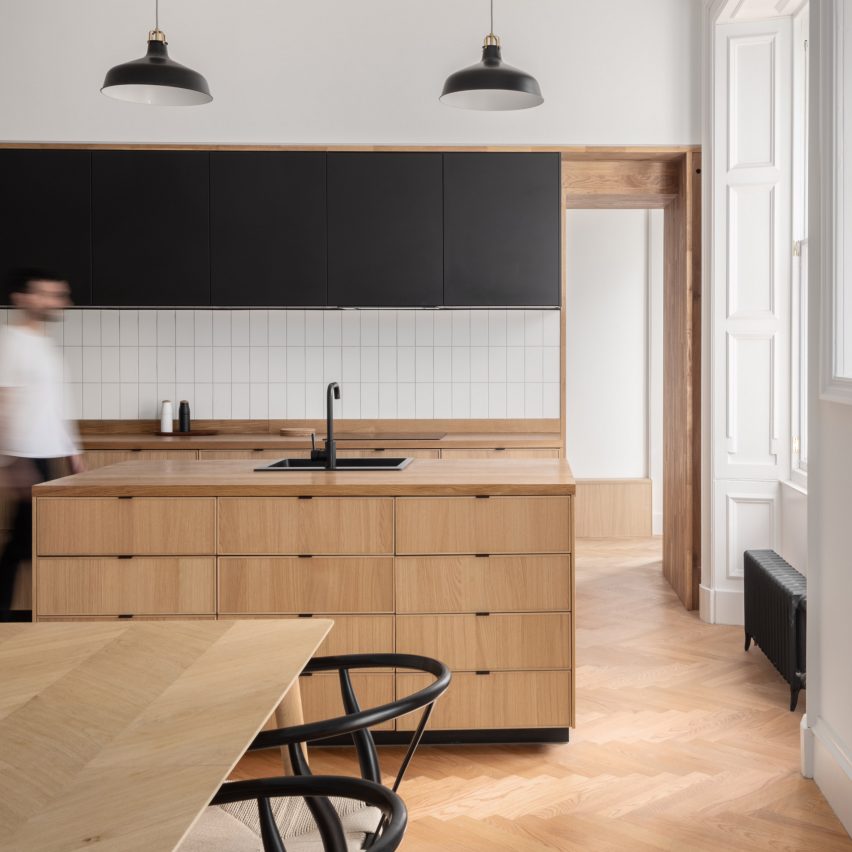 Married architects Luke and Joanne McClelland have overhauled their own apartment in Edinburgh, Scotland, to feature a sequence of contemporary light-filled living spaces.

Joanne and Luke McClelland – who runs his own architecture studio called MCLND – purchased it back in 2018, having spent the past eight years living in a cramped flat in London. 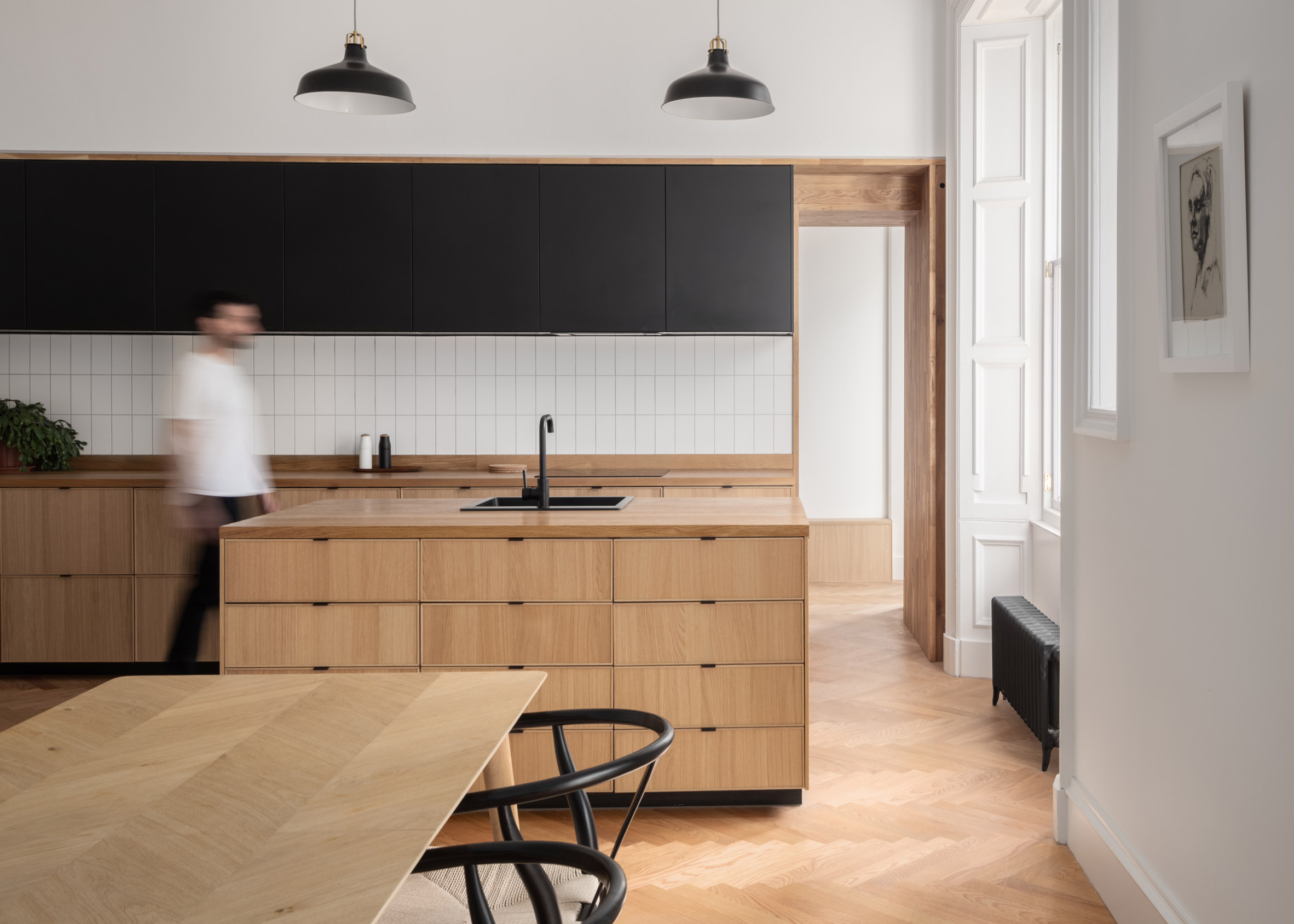 Despite the grander scale of the Edinburgh apartment, it still had some significant problem areas.

The north-facing living area had hardly any access to natural light, the bathroom had a dated, 70s-style turquoise interior and the kitchen was small and felt isolated from the other rooms. 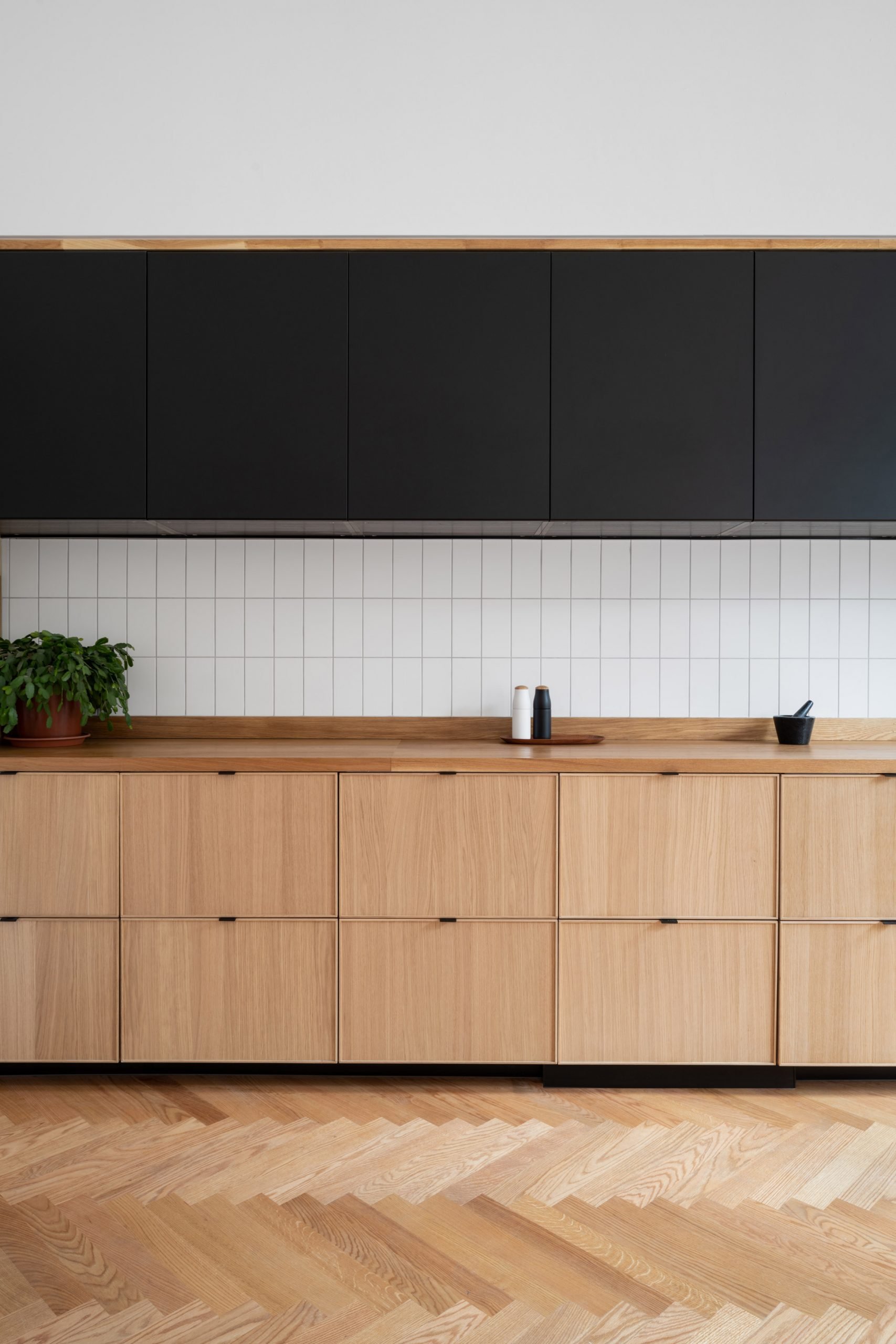 To create a bright and modern home, the McClelland’s decided they had to completely reconfigure the floor plan.

The former kitchen has been opened up and now includes a dining area, complete with white-painted walls and oak herringbone floors. 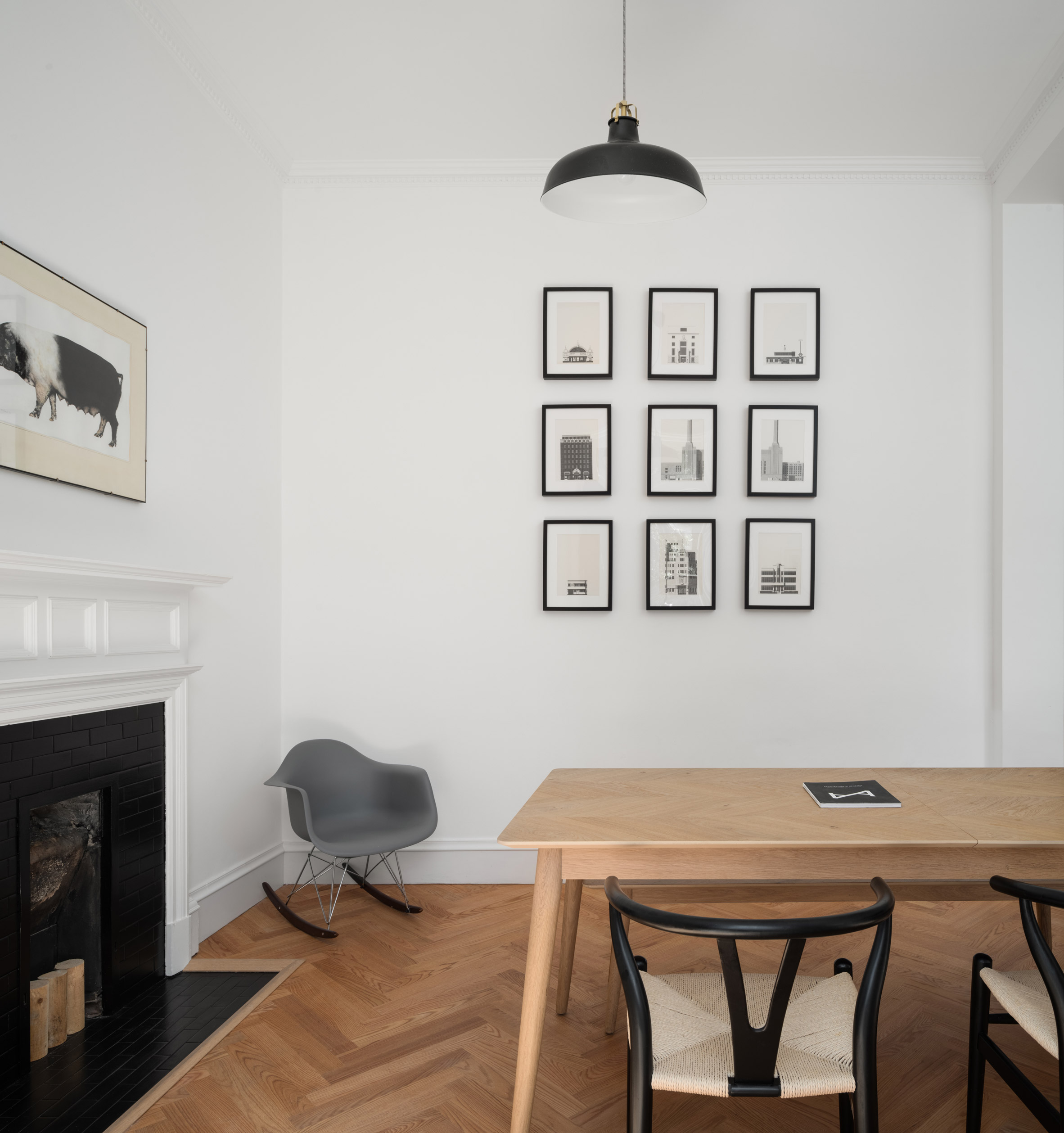 Along the rear wall runs a series of matt-black and wooden cabinets which were all sourced from IKEA – although the architects both have previously designed homes for wealthy clients, they didn’t feel the need to use expensive brands to achieve a high standard of design.

“Having specified kitchens at over 10 times our available budget, we tried to use affordable products to recreate the specific qualities that previous clients associated with luxury, simplicity, symmetry and integration,” said the pair.

To complement the cabinetry, black taps, pendant lamps and door handles have also been incorporated in the space. Black-frame chairs with woven seats have also been placed around the dining table. 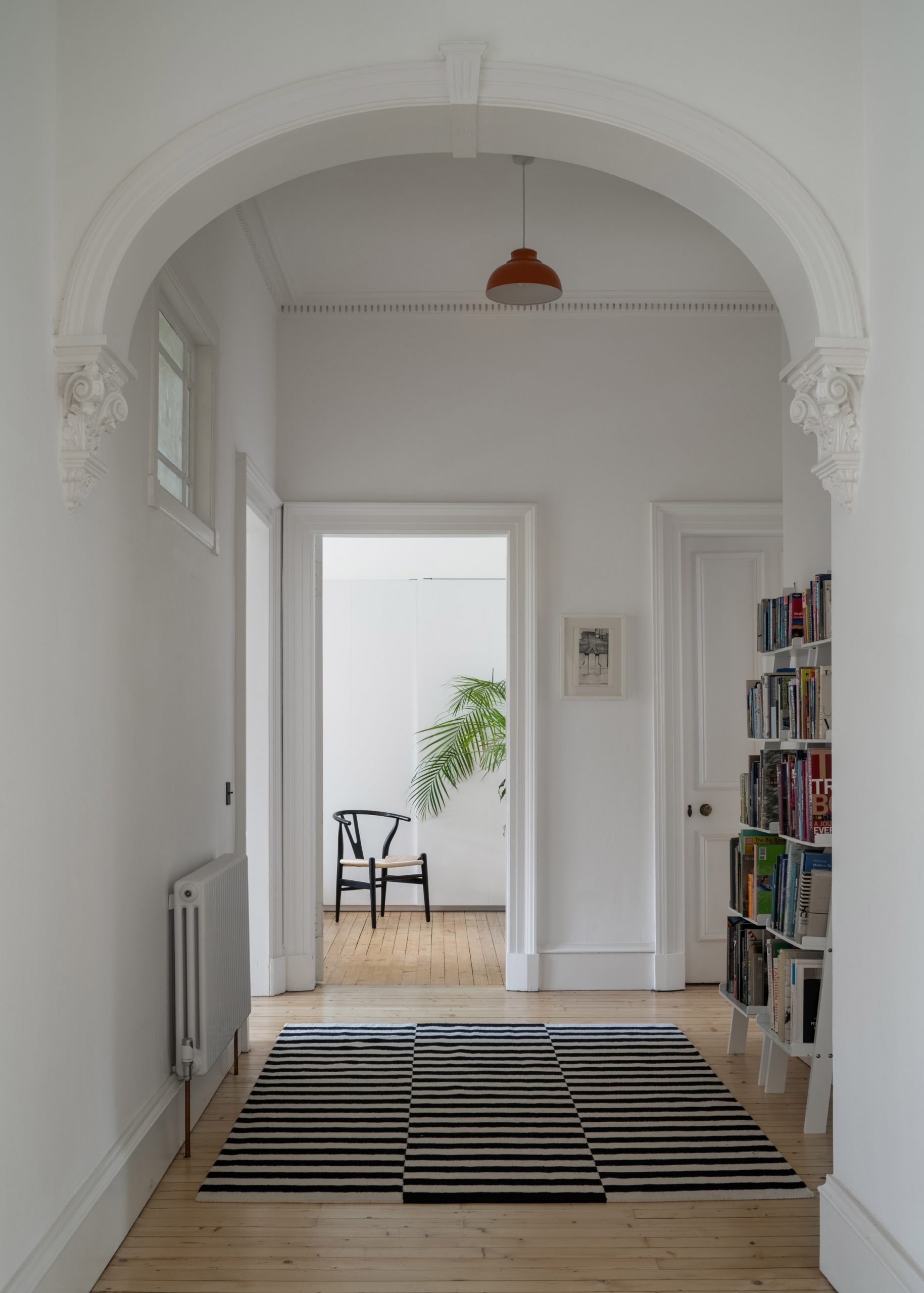 Doorways have been widened to let sunlight from the south side of the apartment penetrate the new living area, which has been created in a former bedroom.

It’s dressed with a slate-grey sectional sofa, a couple of armchairs upholstered in forest-green velvet armchairs and a graphic monochrome rug. 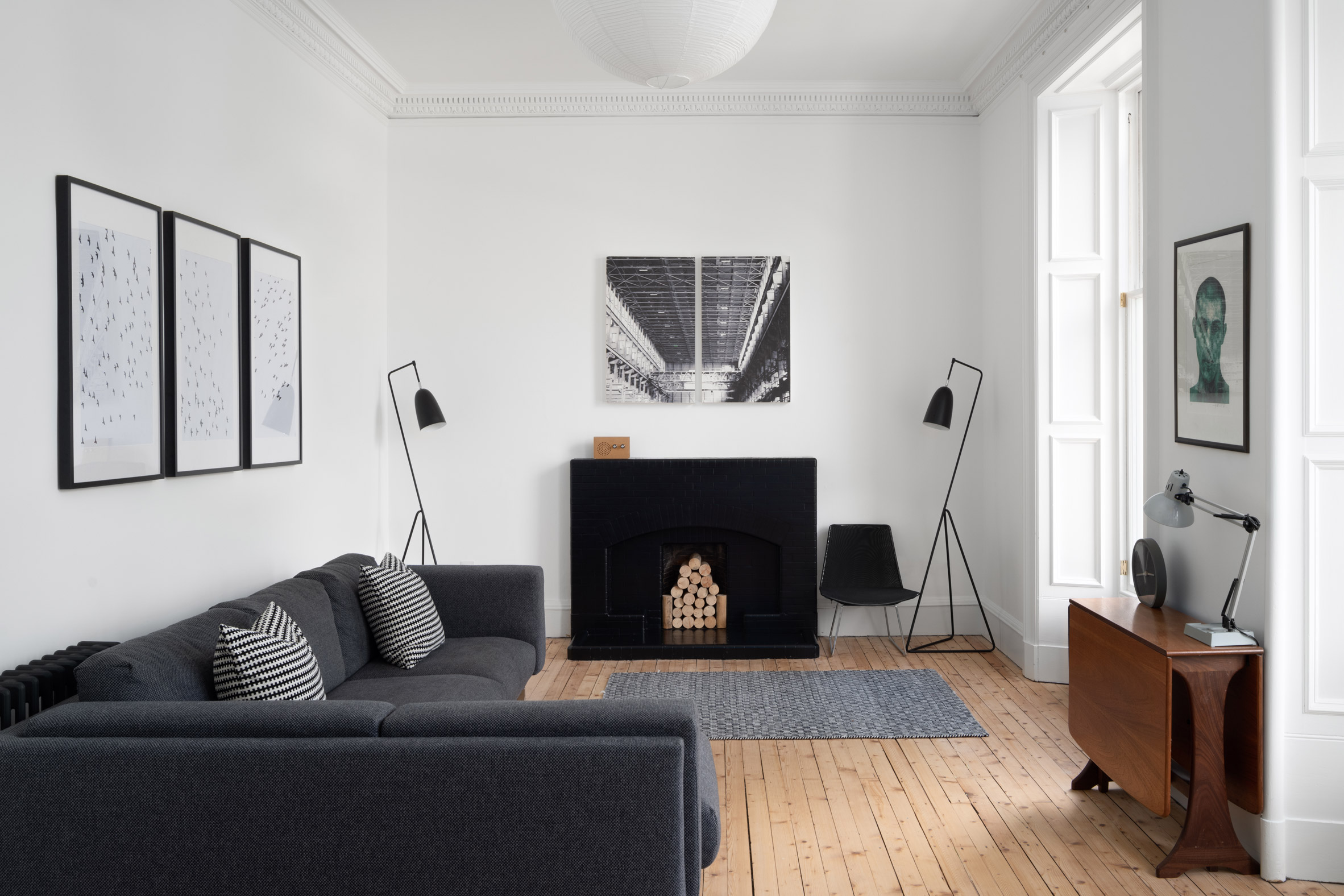 Jet-black paint has also been applied to the surround of the room’s fireplace, which used to be bright orange.

“Whilst it didn’t fit with the Georgian property, there was a charm in the curved bricks and sheer brutality of the design,” the architects explained. 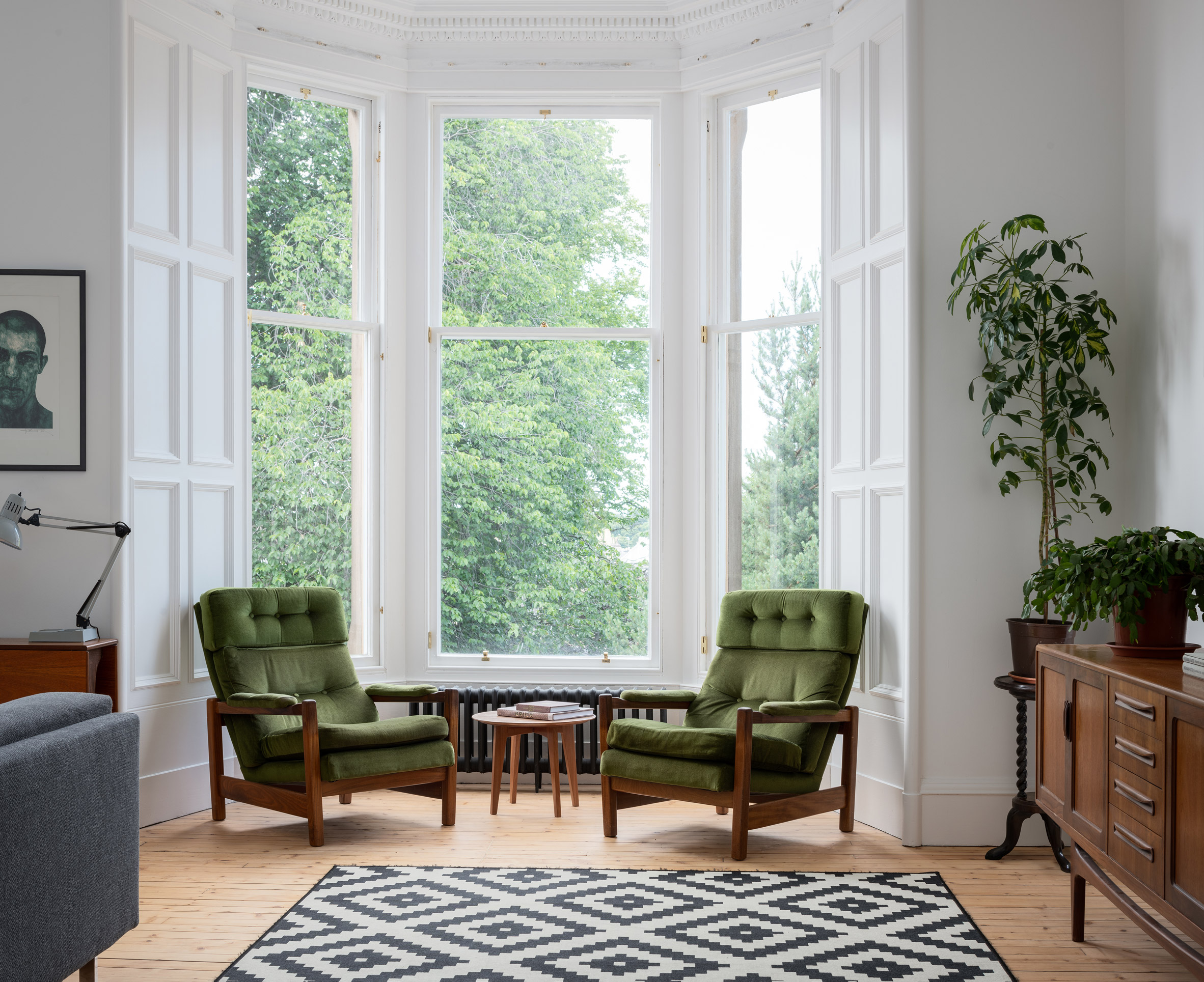 The architects split the old living area to form two separate bedrooms, both of which feature original pine flooring and ornate cornices.

A cupboard in the apartment and the disused pantry have together been transformed into a shower room. Stark white tiles have been applied in a grid-like fashion across its walls, while the floor has a striking triangle print. 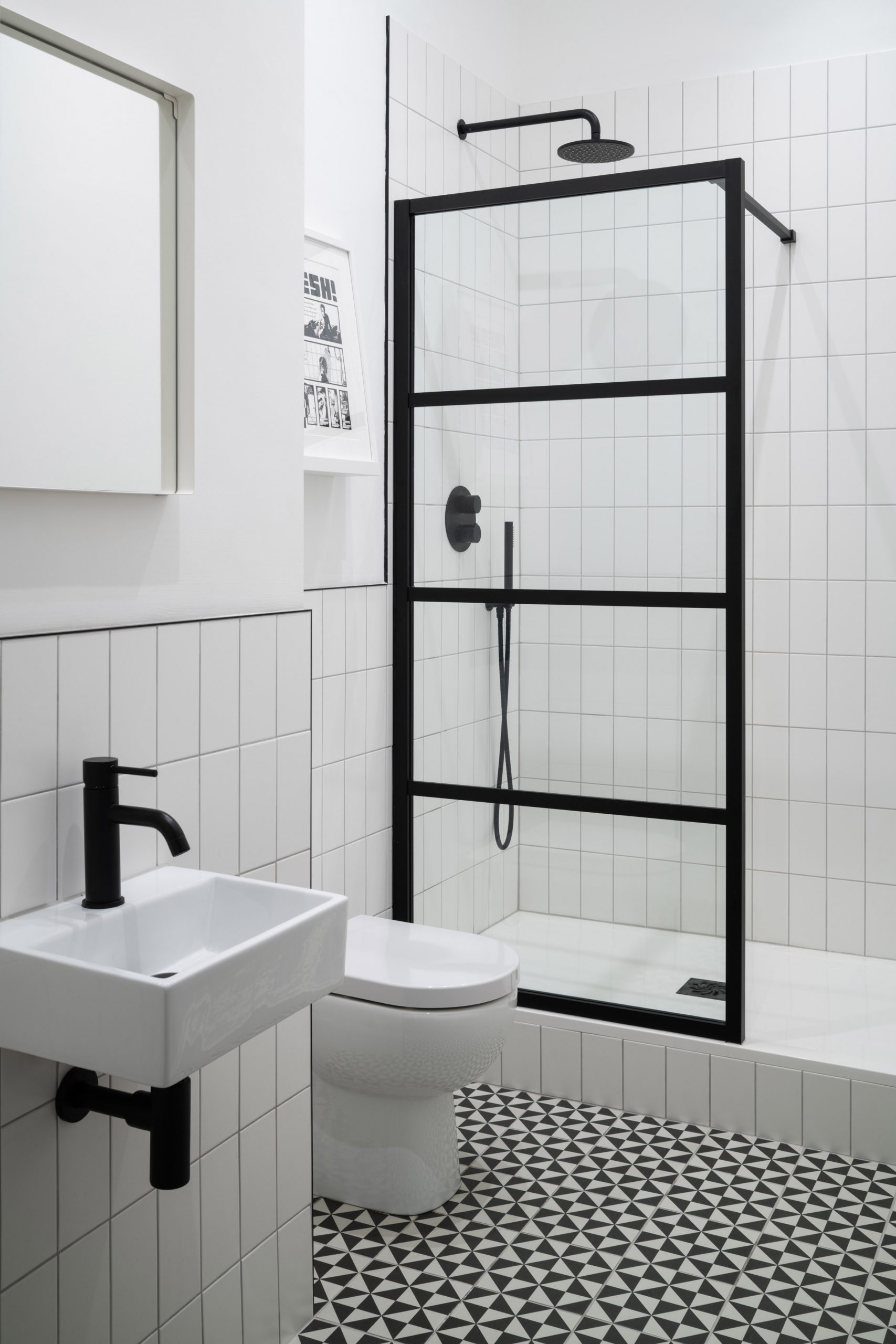 In the main bathroom, surfaces have been updated with glazed green tiles which clad the lower half of the walls and the front of the tub. 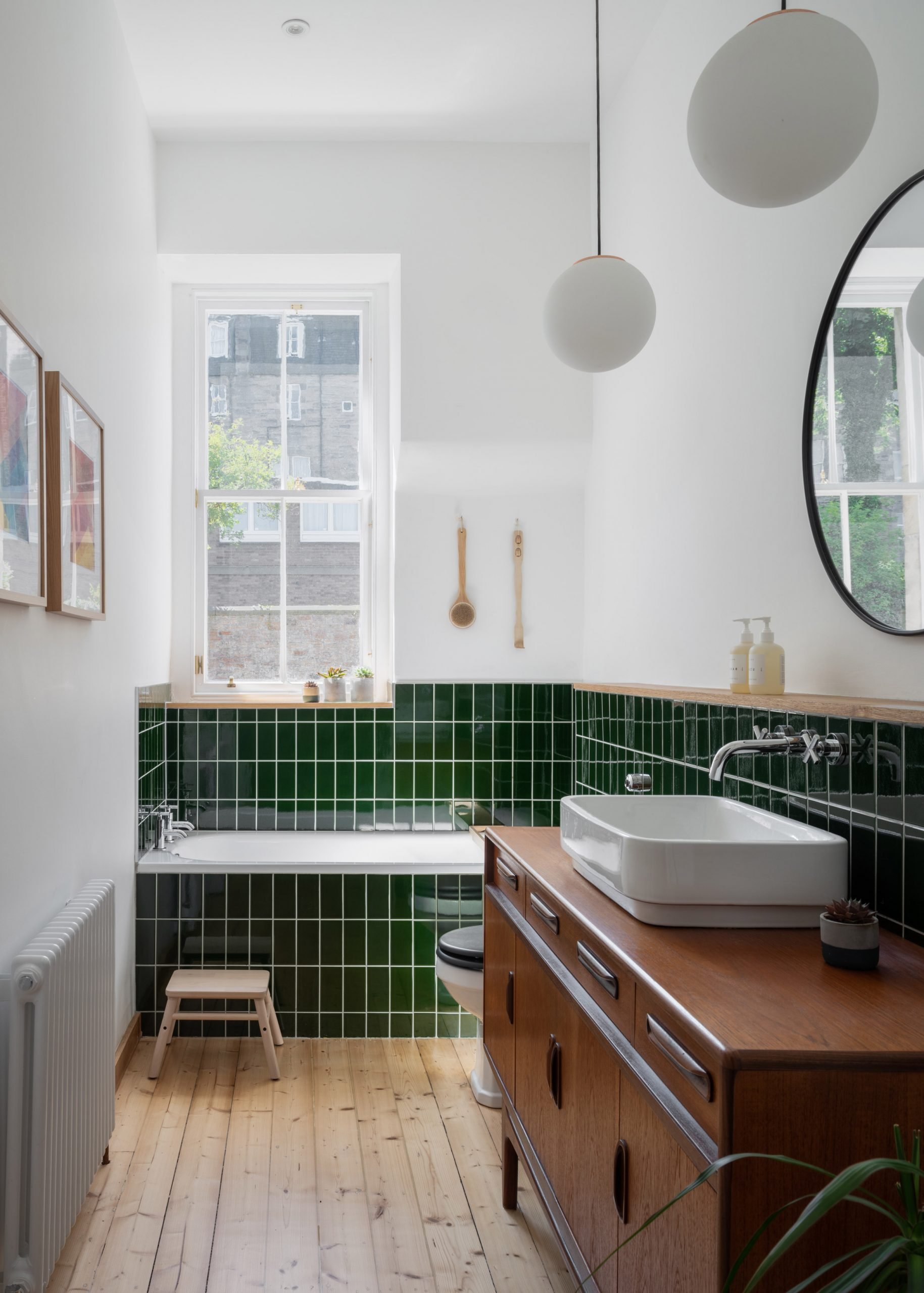 Luke McClelland launched his own studio this year after leaving his position at Studio 304. He and his wife, Joanne McClelland, met whilst both studying architecture at the Edinburgh College of Art.

Their apartment joins a number of design-focused properties in the Scottish capital.

Others include Flitch House by Oliver Chapman Architects, which references the Arts and Crafts movement, and another home by studio Archer + Braun, which has a red-sandstone extension.

Photography is by Zac and Zac.