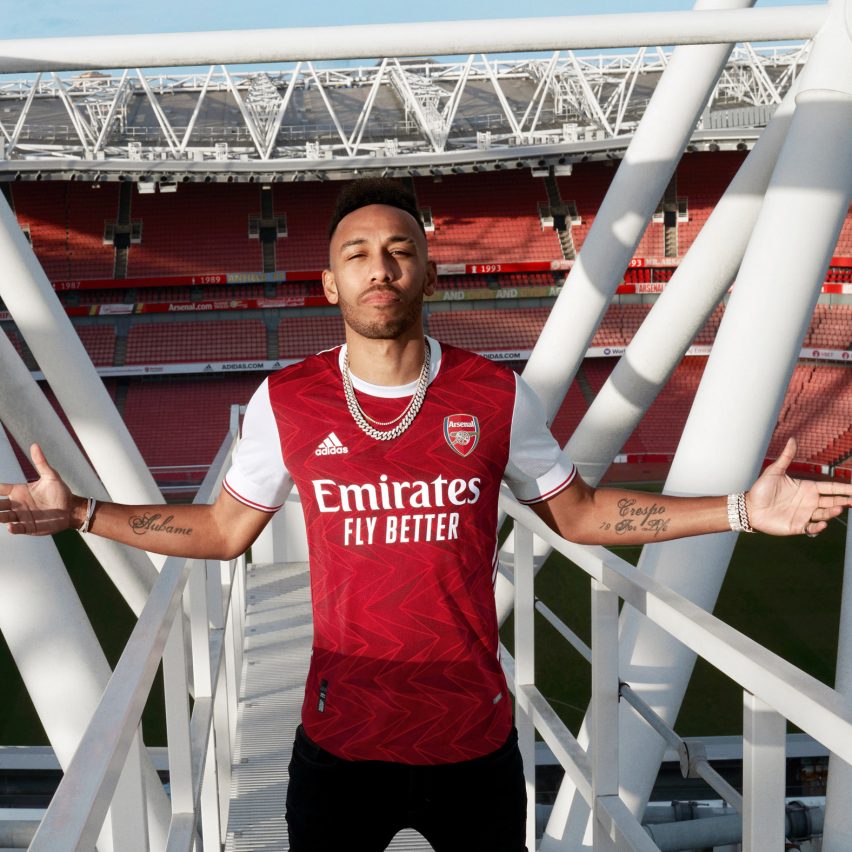 Sportswear company Adidas has looked back to the 1930s and Arsenal’s Art Deco crest to design the London football club’s 2020/2021 home shirt, which the team will wear for the upcoming FA cup final.

The home kit, featuring Arsenal‘s traditional red and white colours, will be used by the men’s and women’s teams in the upcoming 2020/2021 Premier Leauge and Women’s Super League respectively.

The men’s team will also wear the shirt in the FA Cup final on 1 August. 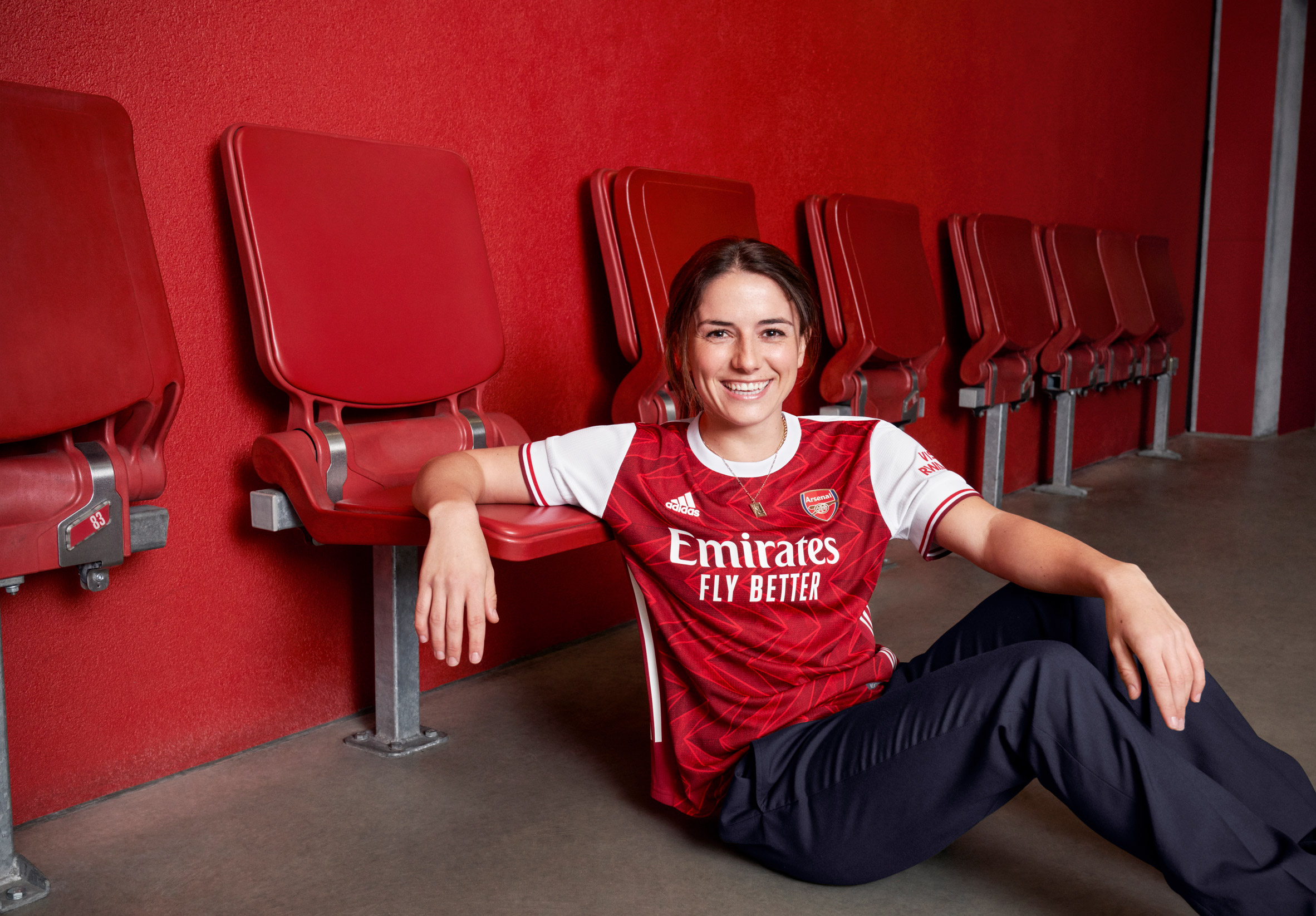 The shirt’s designers at Adidas looked back to the 1930s and the Art Deco style that was prevalent at the time for the kit’s design, as this was an extremely successful period for the club.

Arsenal won England’s First Division – the country’s top league at the time – for the first time in the 1930/31 season and were crowned champions a further four times during the decade. The shirt’s red main body is covered with chevrons in recognition of this period. The form was taken directly from a stylised A on the crest, used by the club between 1936 and 1949, known as the Art Deco badge. 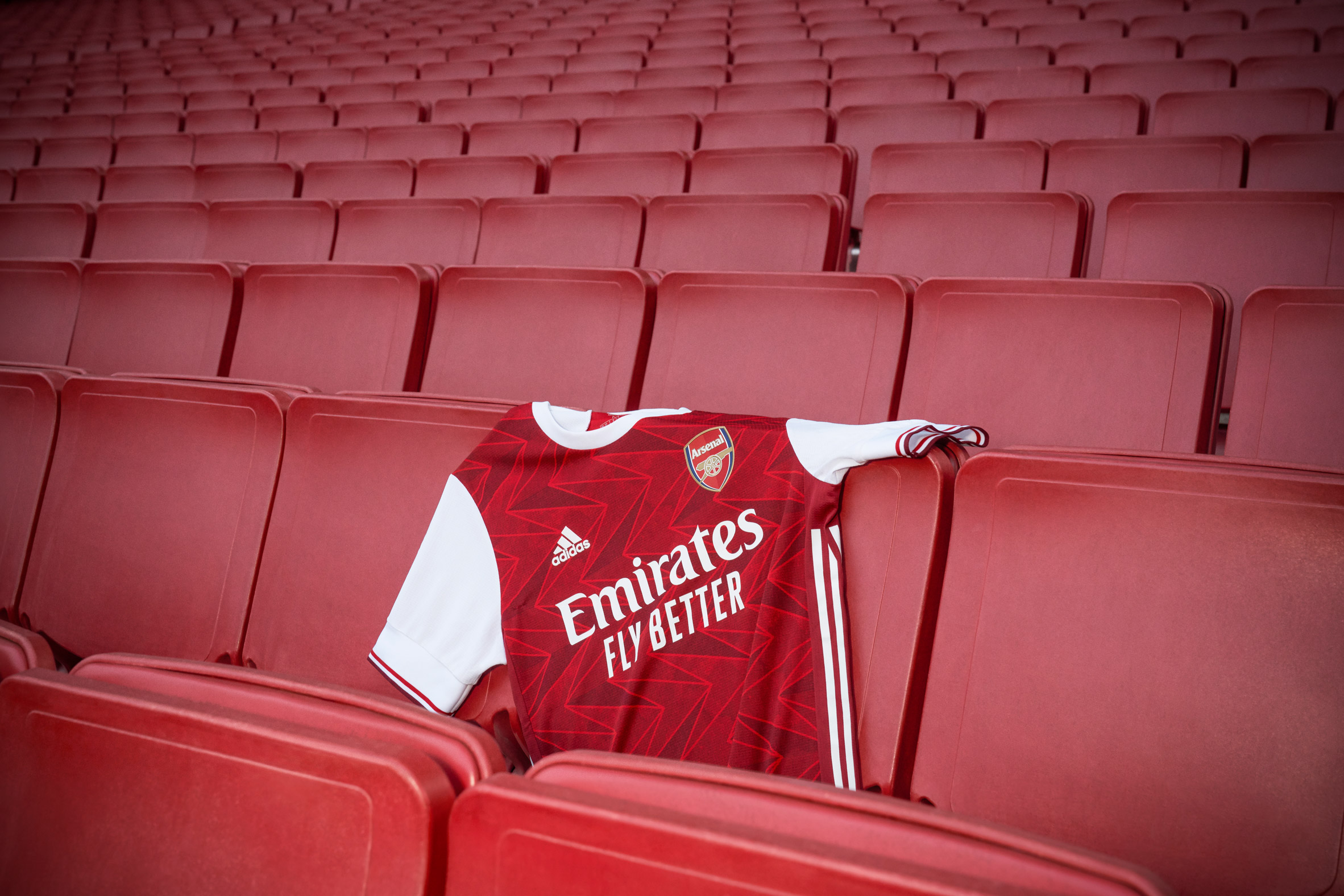 “Paying homage to Arsenal’s geometric crest which the club used from 1936 – 1949, the chevron graphic on the home jersey is inspired by the A within,” explained Adidas.

“It is also a nod to the layout of the tiling on the floors of the East Stand’s famous marble halls – the historical home of Arsenal before its 2006 move to the Emirates Stadium.” 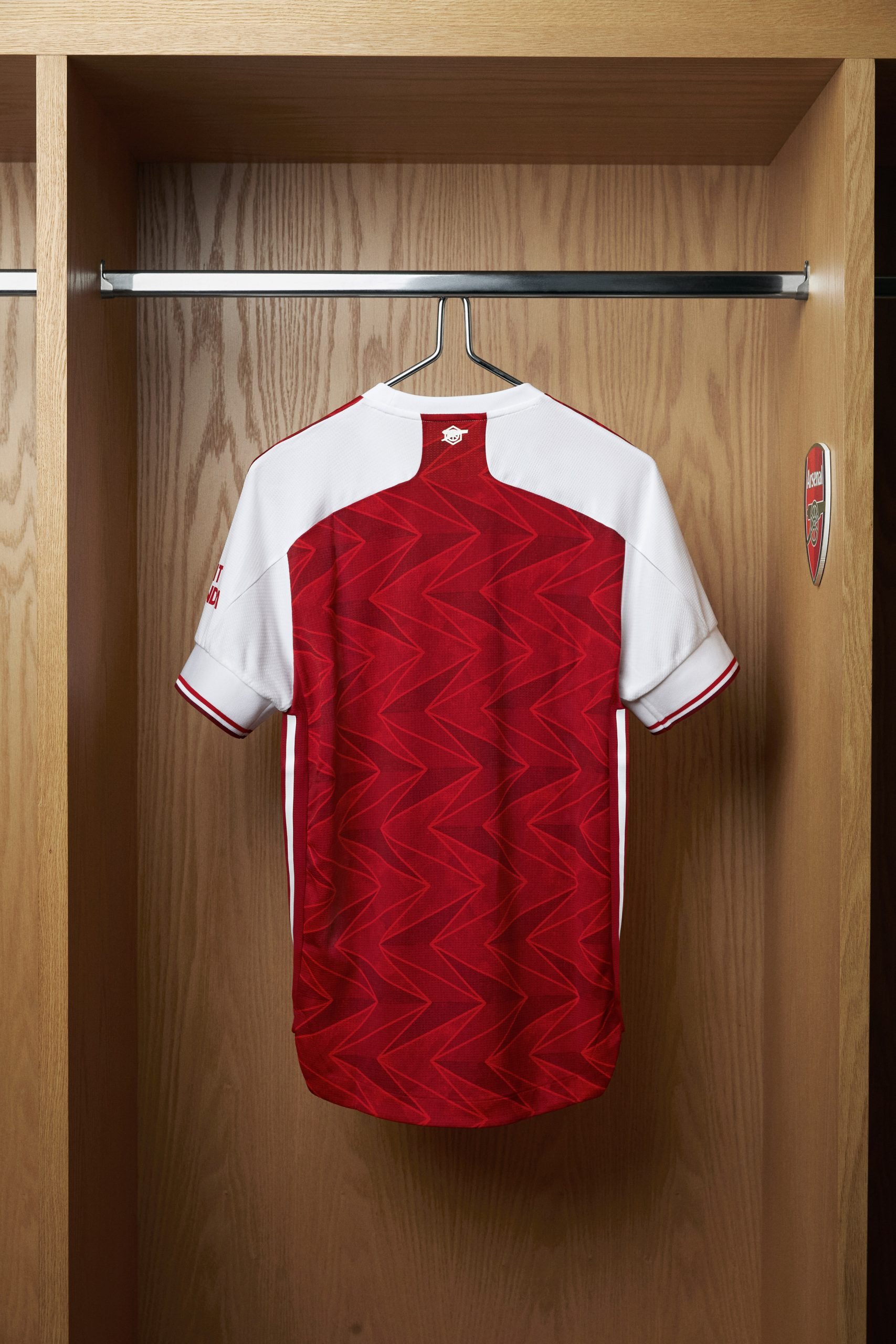 A stylised version of the club’s canon logo has also been placed on the back of the neck as an additional reference to Arsenal’s history.

“The back-neck sign off also references the original crest, with the chevrons facing both east and west, representing the past and present of the club’s iconic cannon emblem,” added Adidas. 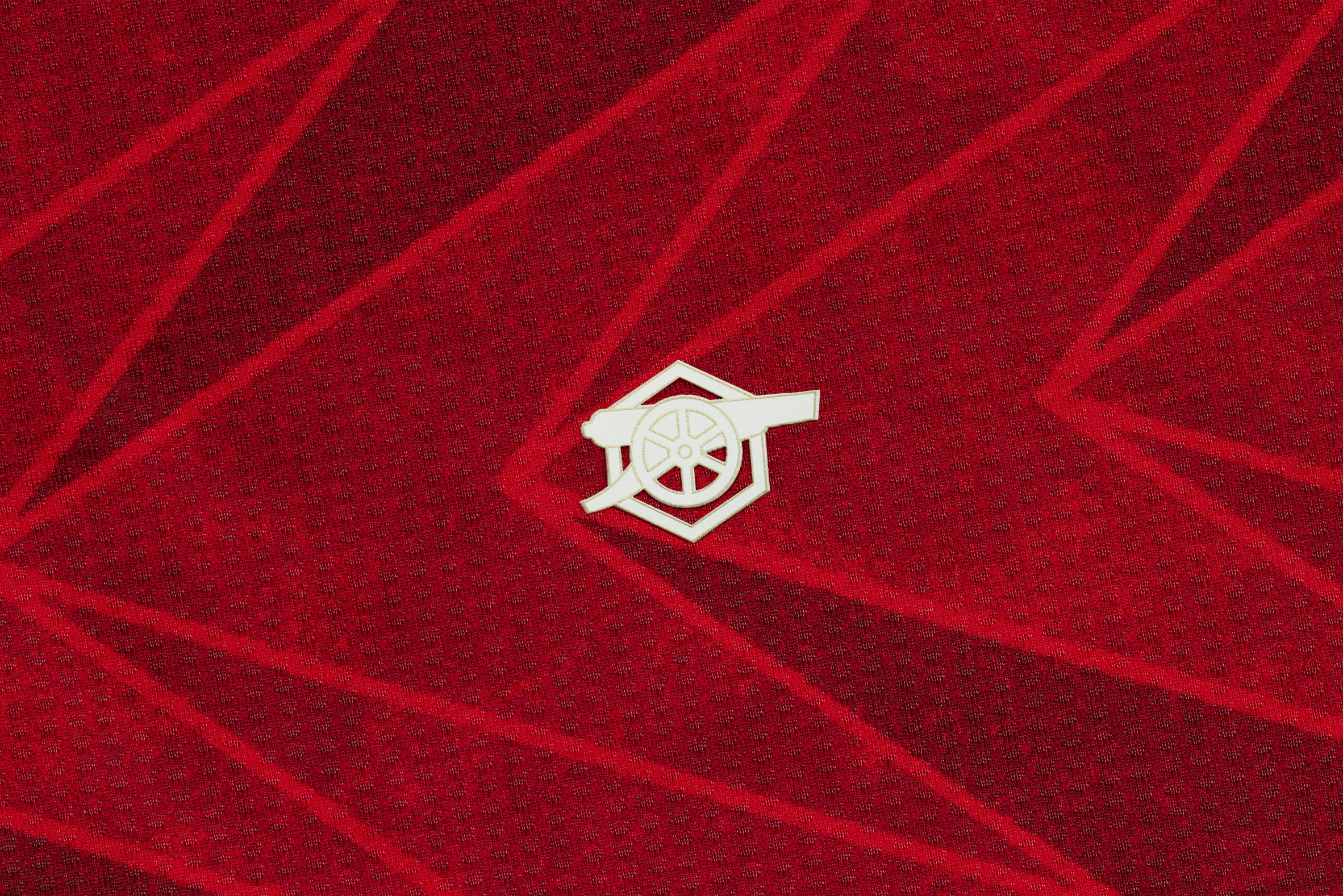 Earlier this year rival London club Chelsea revealed its kit for the upcoming season, which has a herringbone designed informed by the suit-makers of Savile Row.