Home/Short film by Articolo celebrates the art of handmade craftsmanship

Short film by Articolo celebrates the art of handmade craftsmanship 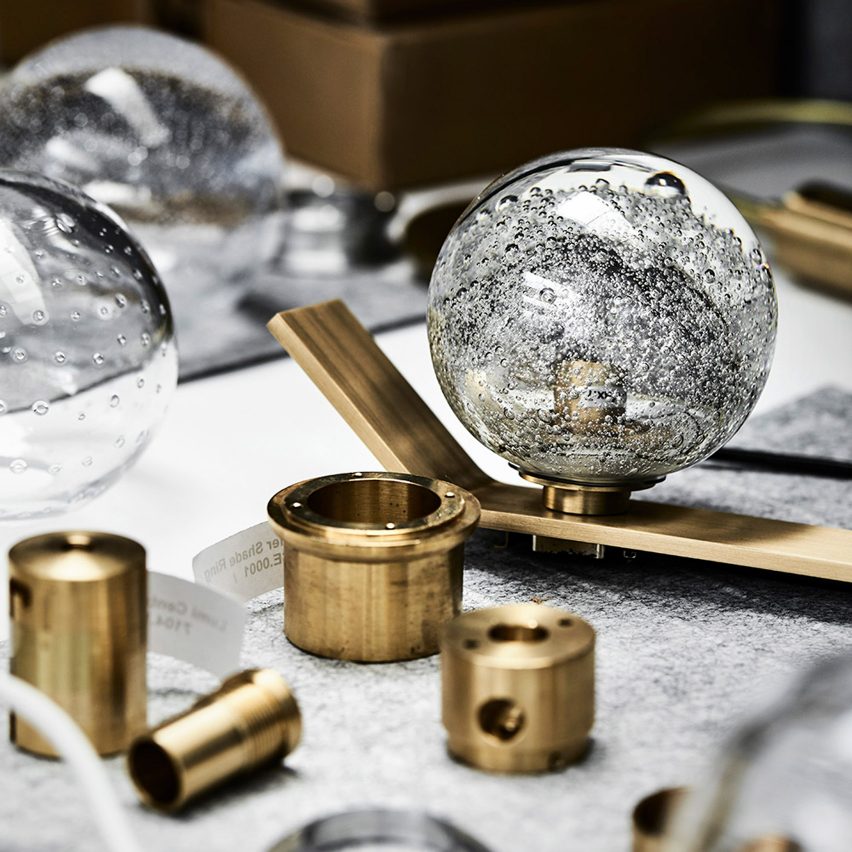 Dezeen promotion: Australian lighting studio Articolo has released a short film that pays homage to the team of artisans and craft makers that help realise the products in its collections.

The film, titled Artisinally Articolo – The Makers, was produced in collaboration with SIRAP Motion Lab and offers an intimate insight into the handcrafted process behind Articolo‘s lights.

Each one of the brand’s lights is made-to-order by a select group of Melbourne-based artisans.

They’re captured in the film honing pieces of gold-hued brass, prepping and cutting swathes of leather and shaping molten glass. It also shows them experimenting with mouth-blown glass – a medium often chosen by the brand for its “unique individuality and subtle differences”.

The finished lights are designed to “function as true sculptures” rather than simply decorative pieces.

“Articolo simply would not exist without the exceptional skill of our artisan makers – our glassblowers, our metalworkers and our dedicated finishing artists,” said Nicci Green, the brand’s founder.

“For this reason, we’ve used this time to capture their spirit and their dedication in our debut short film.”

As well as showing Articolo’s artisans at work, the film also unveils what some of the brand’s lighting models look like in the early stages of the production process.

This includes the Trilogy range of pendant lamps and wall sconces, which boasts a trio of mouth-blown glass orbs affixed to a staggered series of brass stems. Each transparent orb has a bubbled interior that softly dapples surrounding surfaces with light.

“When lit, these sophisticated forms cast unique patterns and movements that reflect an unparalleled shadow play of light unique to Articolo,” explained Green.

The film also shows glimpses of artisans putting together the brand’s Scandal pendants and sconces, which feature a slim tubular bulb.

At its centre is a brass-edged cuff which can be crafted from navy blue or a creamy “latte”-coloured leather. It can also be made from silver or rose-gold mesh.

“I genuinely believe in the power of collaboration to help us through these uncertain times, and hope viewers find inspiration in this film, just as we do in working with the artisans of Articolo every day,” added Green.

Articolo was established by Nicci Green in 2012 and has since gone on to have its own showroom in Melbourne’s Cremorne neighbourhood and another in New York’s Flatiron district.

The brand’s lights appear in residences, luxury hotels and hospitality projects across the globe. To find out more, visit its website.

Photography is by Sharyn Cairns.

The post Short film by Articolo celebrates the art of handmade craftsmanship appeared first on Dezeen.