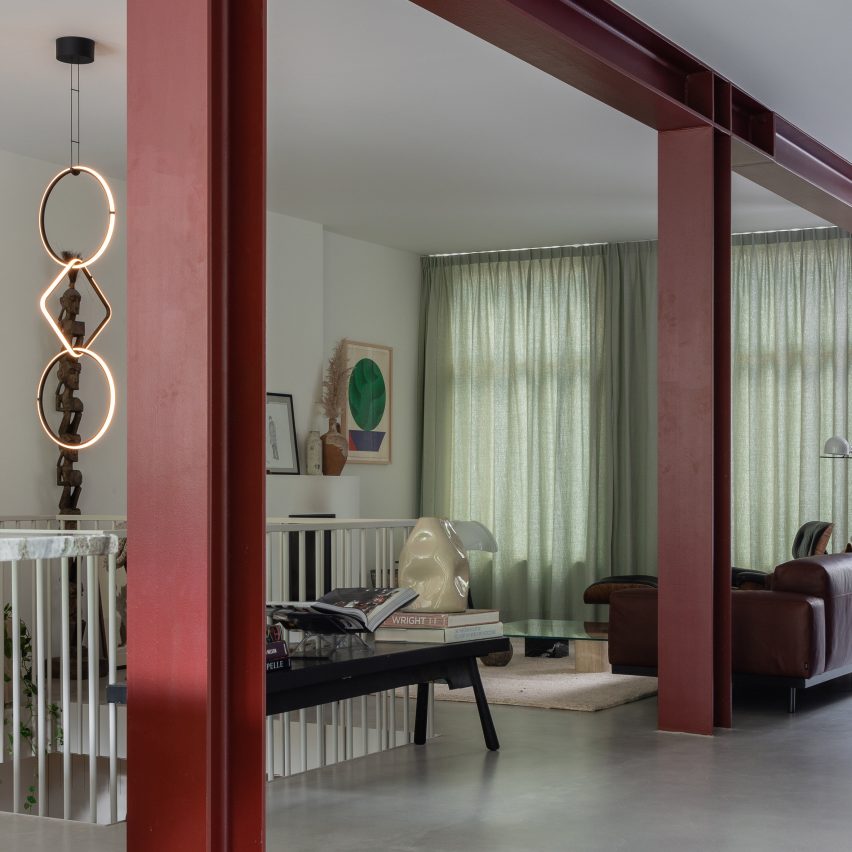 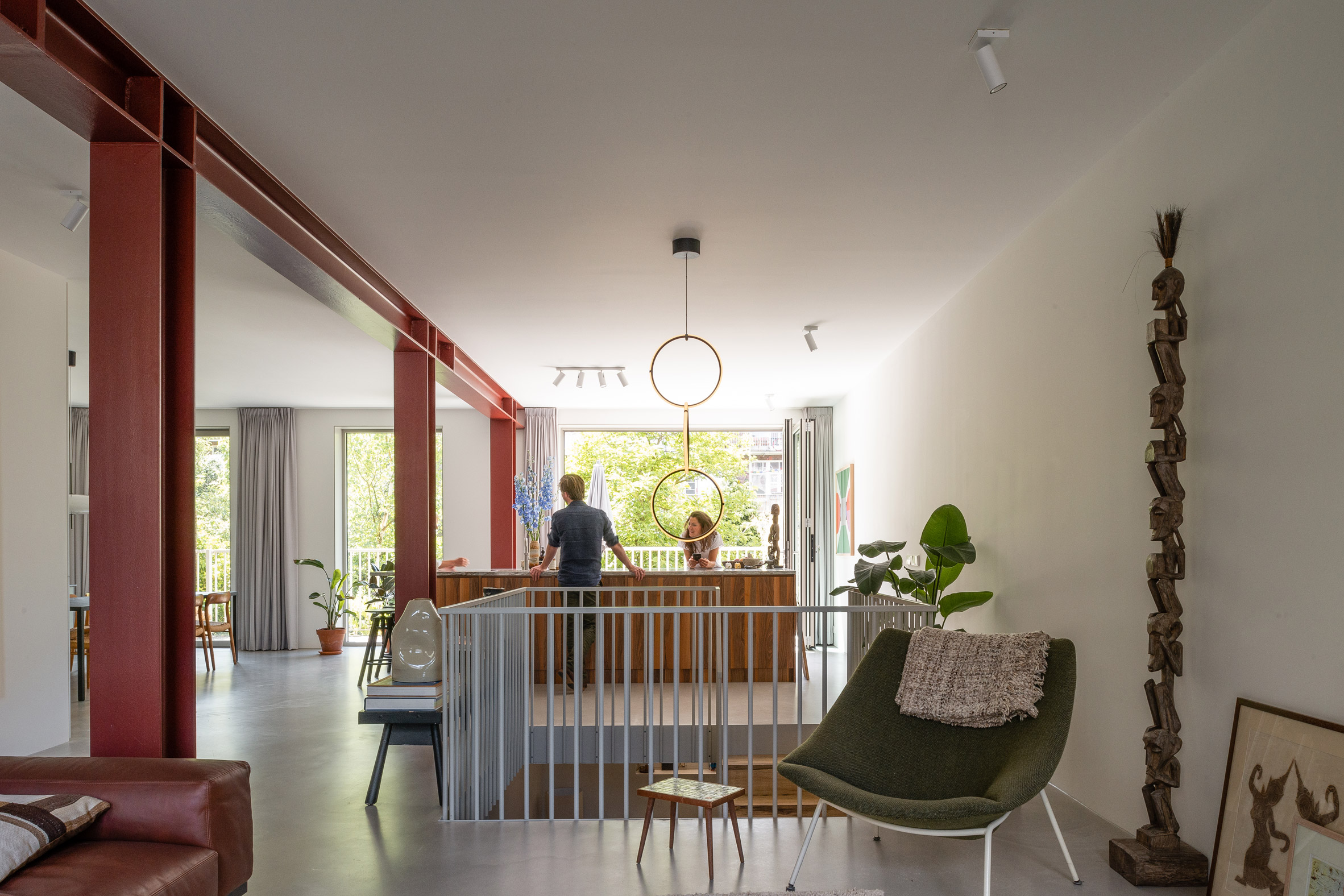 The apartment previously had old-fashioned interiors and, despite measuring 200-square-metres, a poor sense of space as the ground floor was dominated by a central load-bearing wall.

Unknown Architects was brought on board to refine the home’s floor plan and give it a more modern fit-out. 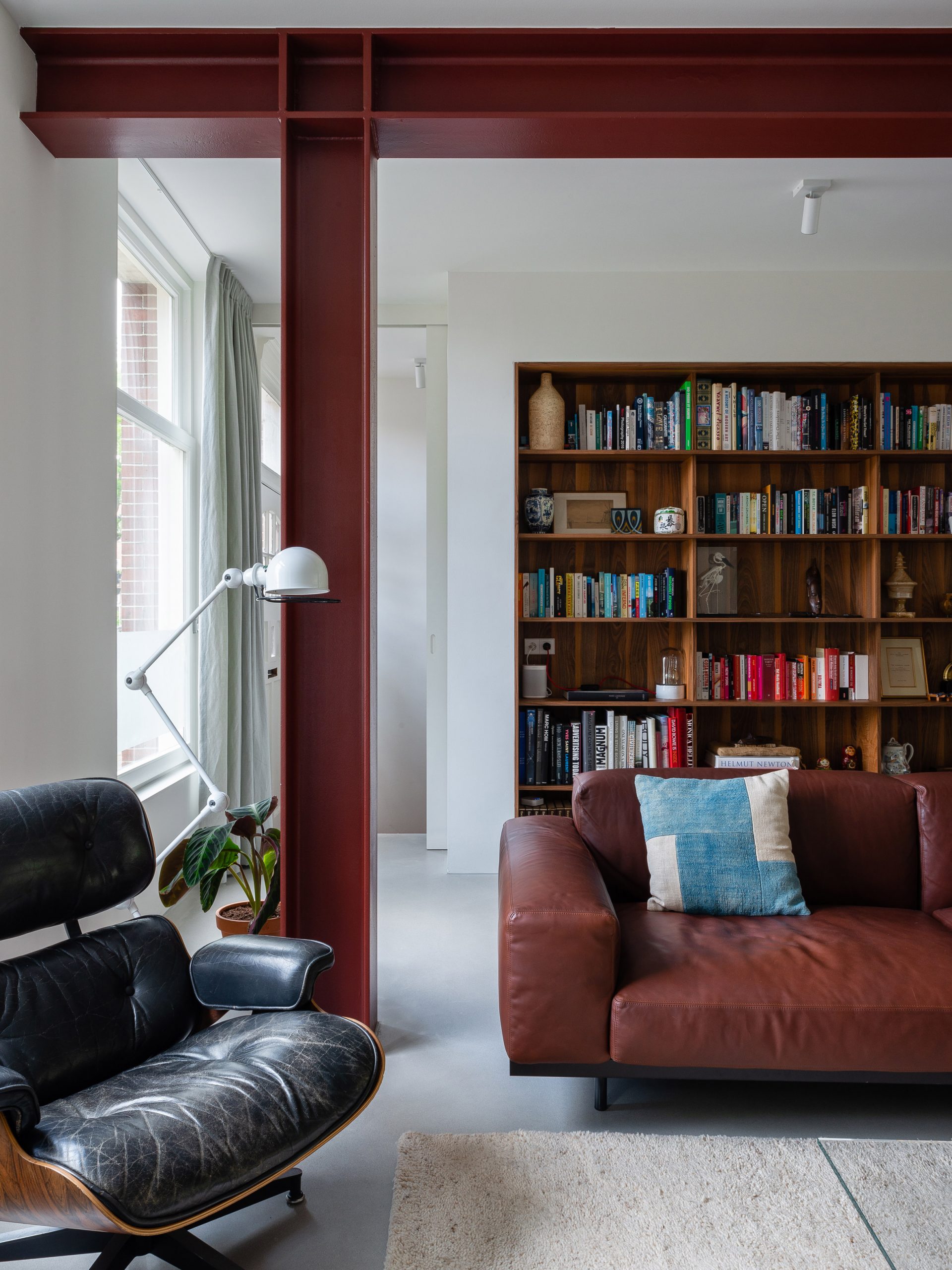 The practice first set about removing the obtrusive load-bearing wall. In its place simply stands a series of four exposed steel columns, turning the ground floor into a singular open-plan living space.

When the columns first arrived on-site they had been finished with an oxide-red primer, but due to Dutch safety regulations, a black fire-resistant coating had to be applied. 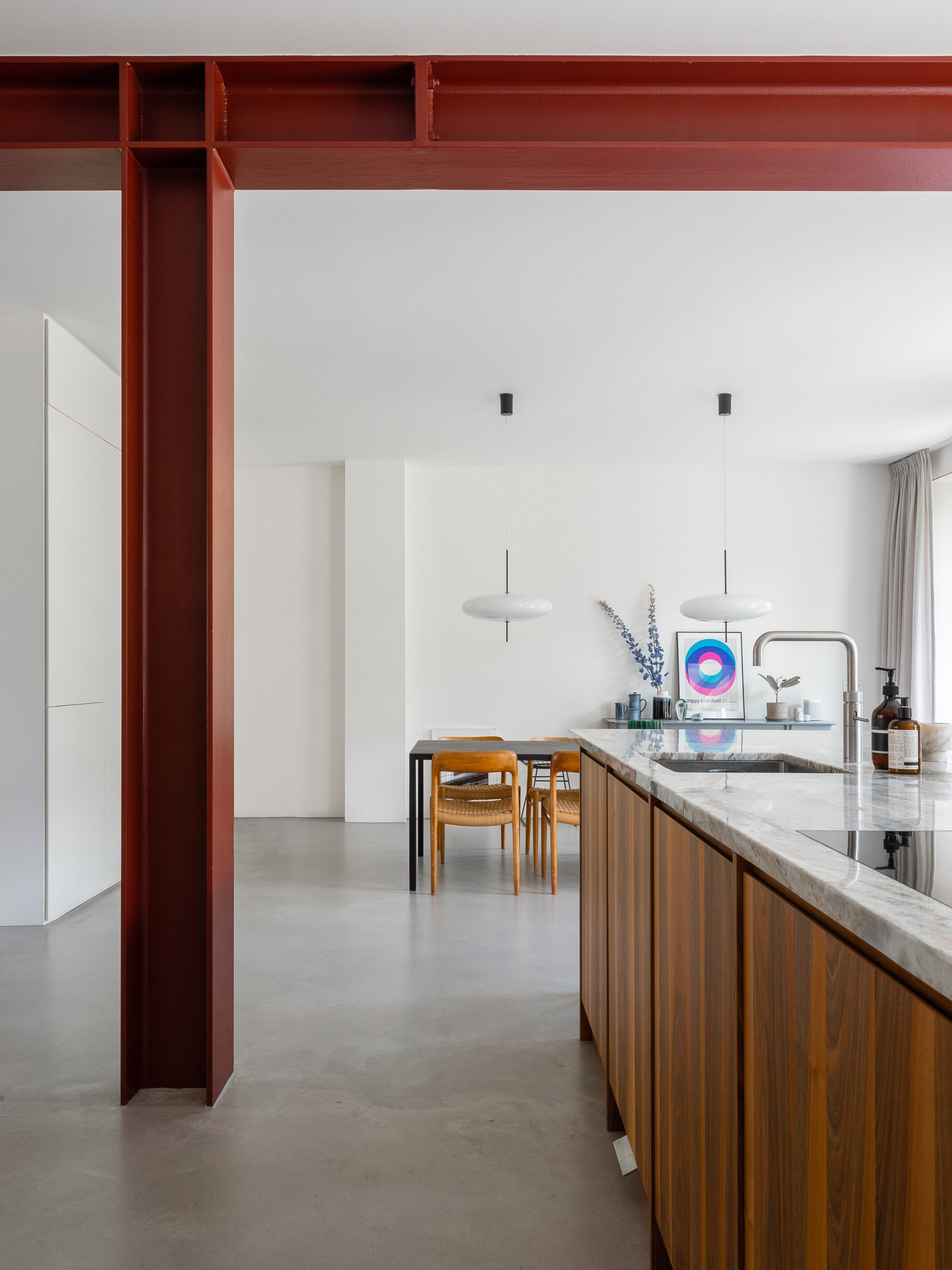 Instead of leaving them like this, the practice decided to add a top coat of paint that matched the columns’ original shade.

“As a result, the steel structure becomes the most distinctive element of the interior, which makes sense to us because it is the most dramatic element in the transformation,” the studio told Dezeen. 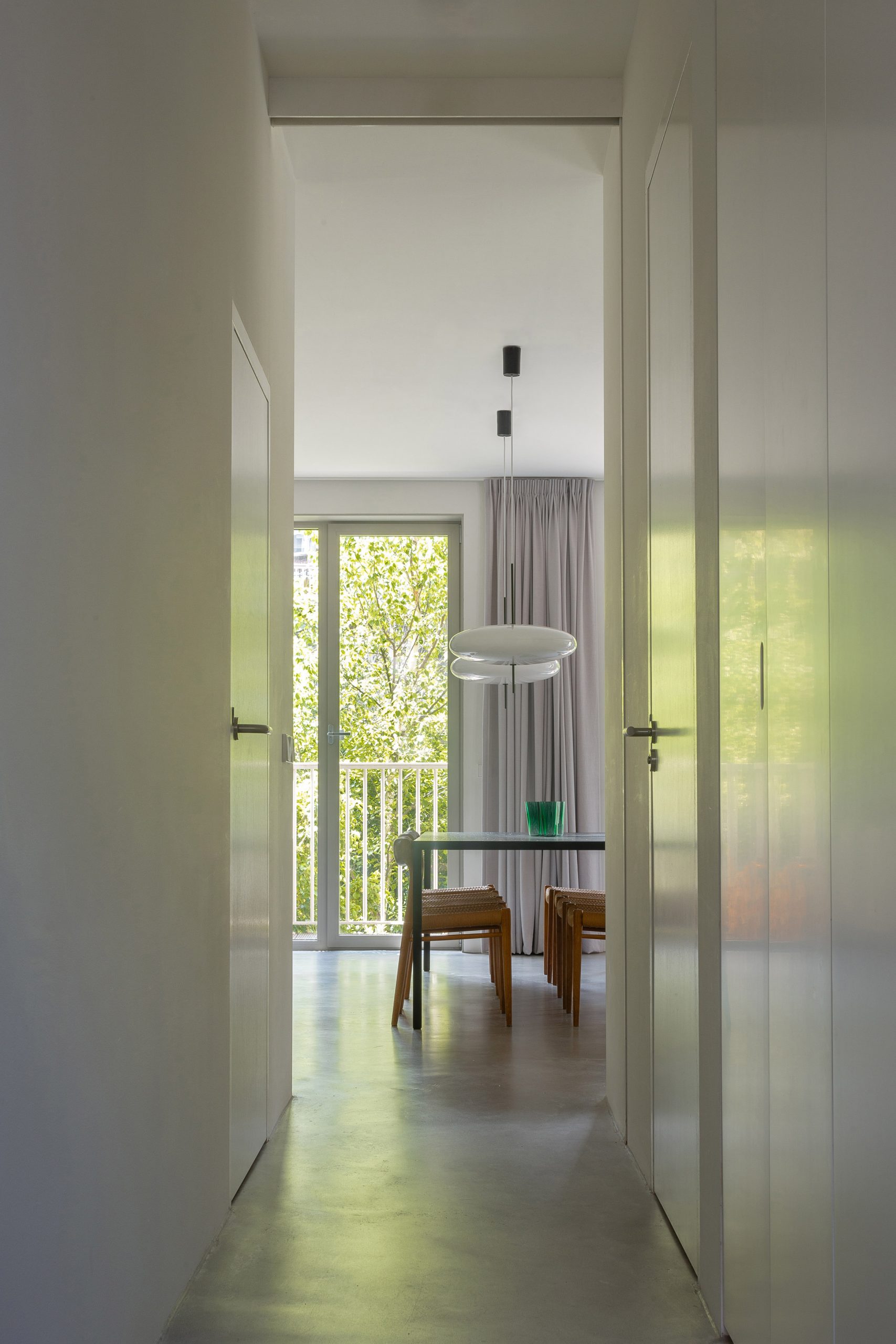 With the load-bearing wall gone, the ground floor is instead anchored by three elements – the first is a boxy white volume that accommodates a fridge, wardrobe, toilet and extra storage space.

The second element is the nut-wood breakfast island in the kitchen, which is topped with grey marble. The third is the gently twisting staircase that leads down to the basement level. 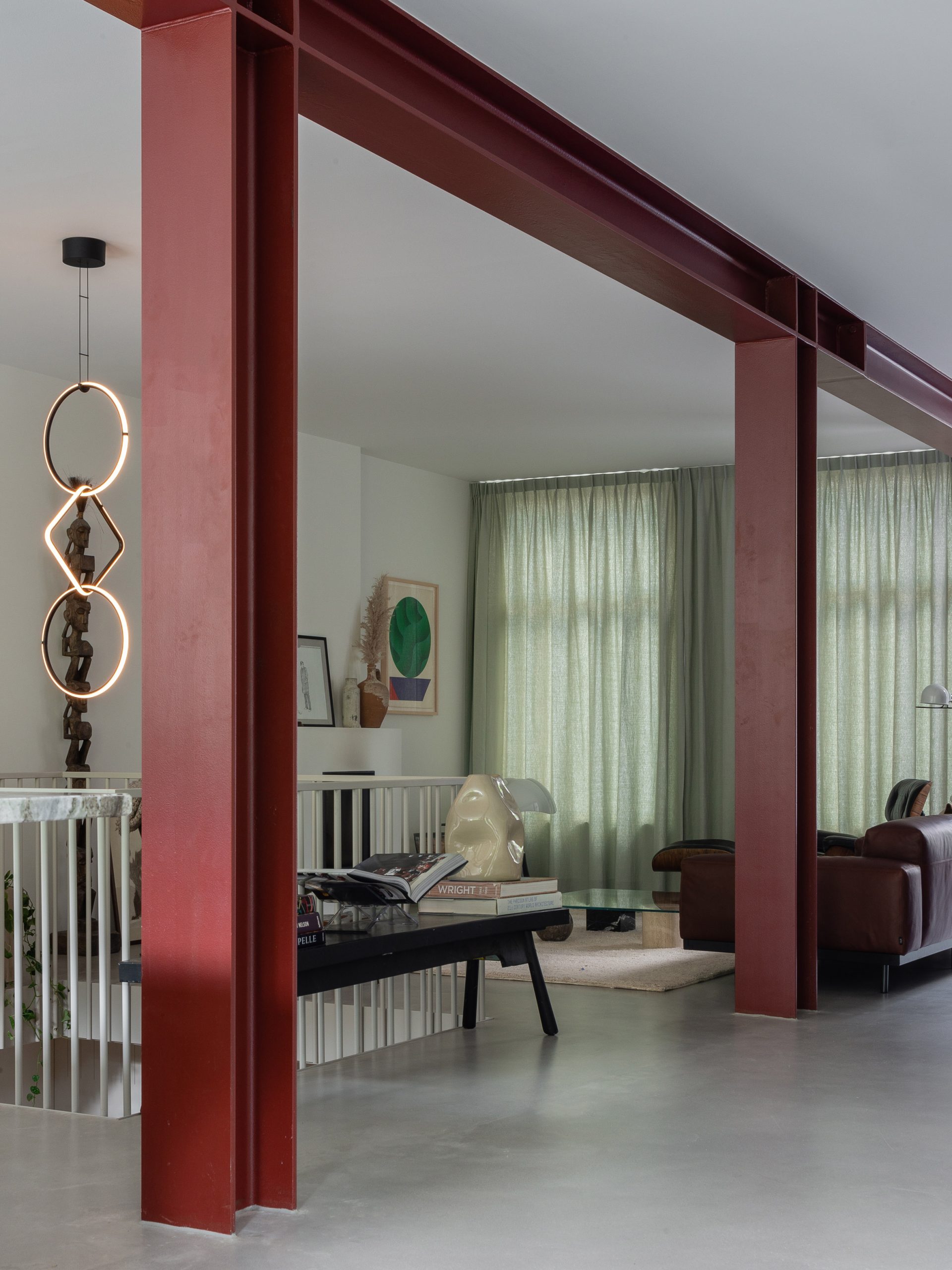 Surrounding walls on the ground floor are painted white, and the floor is smooth concrete. The columns are complemented by an oxblood-coloured leather sofa, which backs onto a tall wooden bookshelf.

There is also a couple of contemporary artworks and a striking pendant lamp composed of an interlocking circle and square-shaped lights. 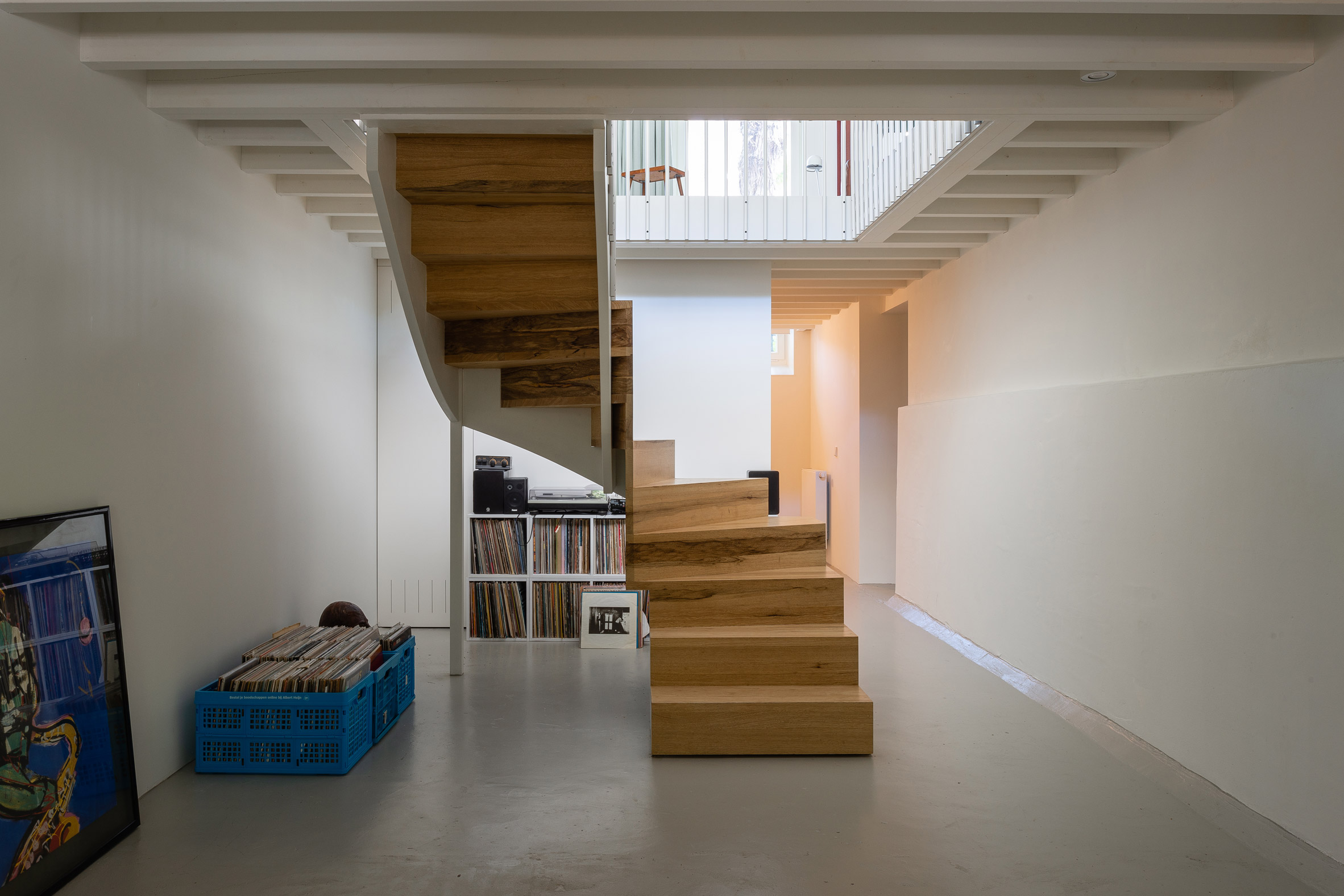 The basement also has a central load-bearing wall. It’s punctuated by two openings, however, the practice was unable to add more because of the high groundwater level and subsequent risk of leakage.

Wide doorways have been introduced in House With Four Columns’ bedrooms to improve sightlines throughout the rest of this level and foster a sense of spaciousness. 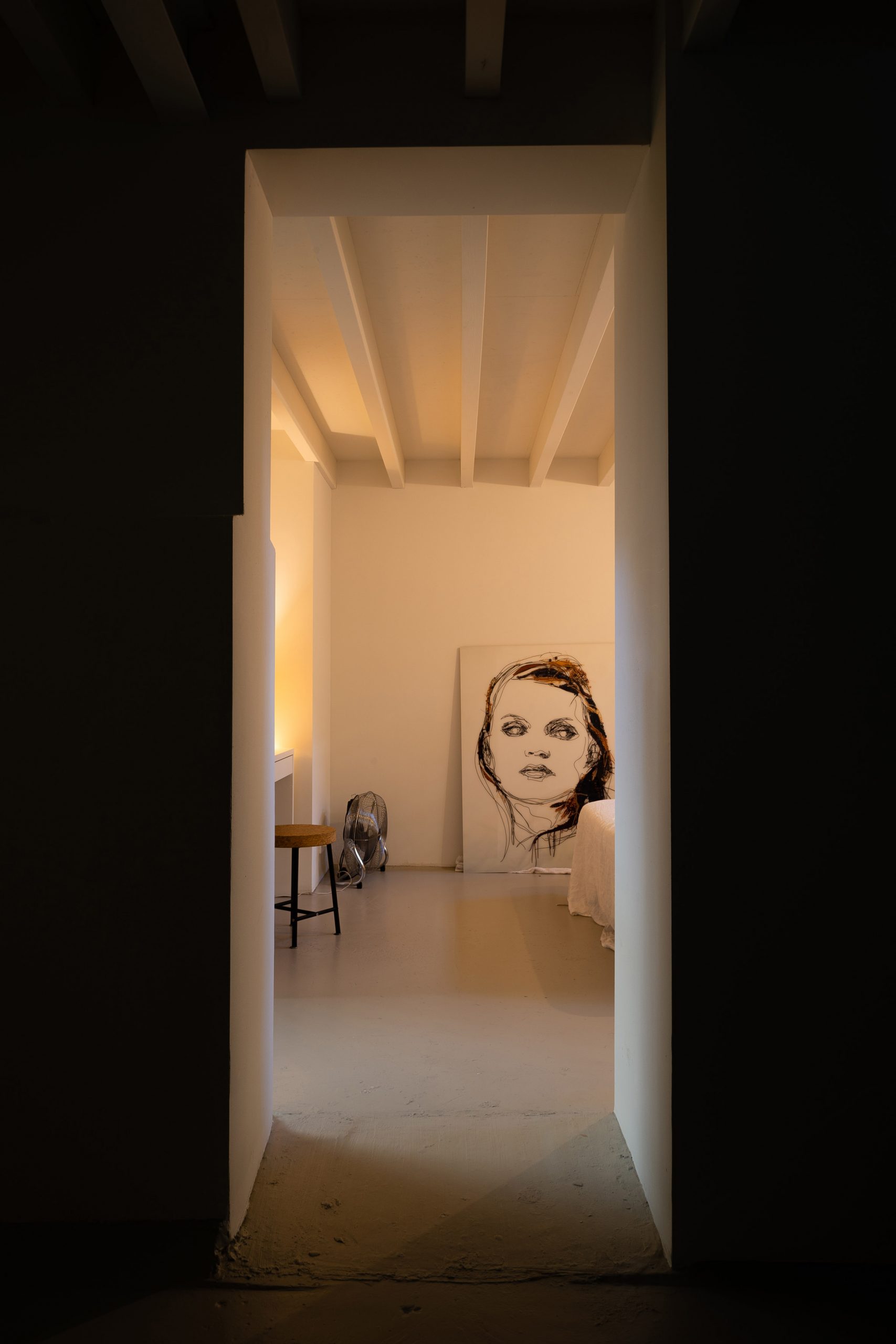 Unknown Architects was established in 2012 by Daan Vulkers and Keimpke Zigterman. The practice has previously overhauled a corner-plot property to revive its original decor features and updated a 200-year-old home to feature a twisting staircase.

Photography is by MWA Hart Nibbrig.