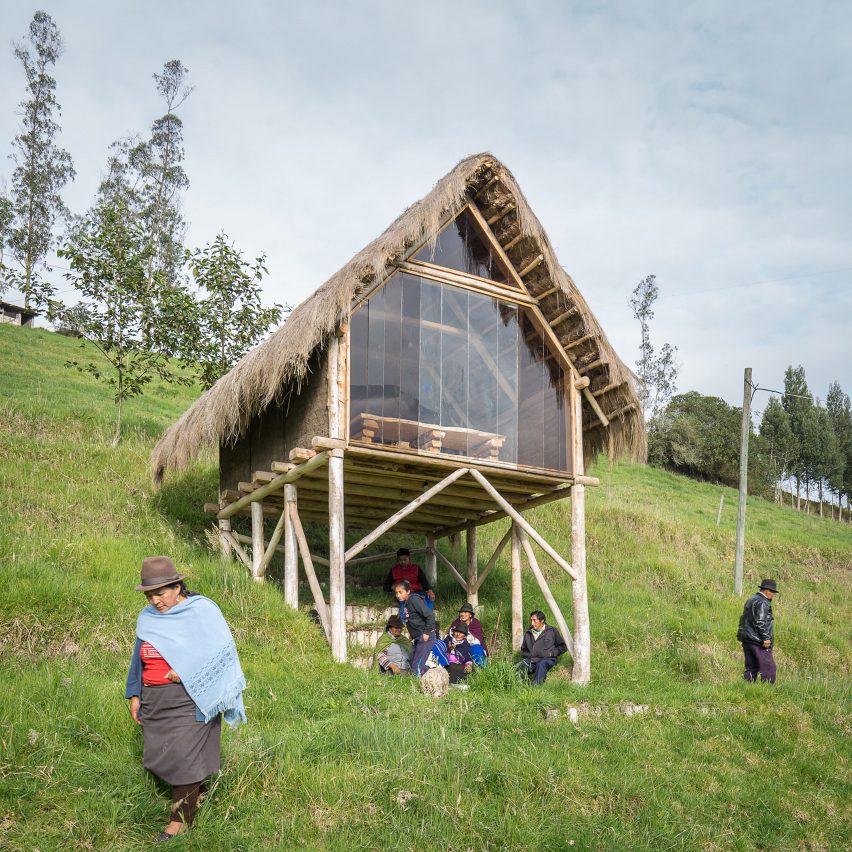 Architecture student David Guambo has built himself a small studio in rural Ecuador with a straw roof and wood framing.

Kusy Kawsay is a small hut lifted on wooden stilts that is nestled into a hillside in Sucre, Ecuador. Its name translates to Passionate Life from Kichwa, a dialect of Quechua, a language used in the Andean region. 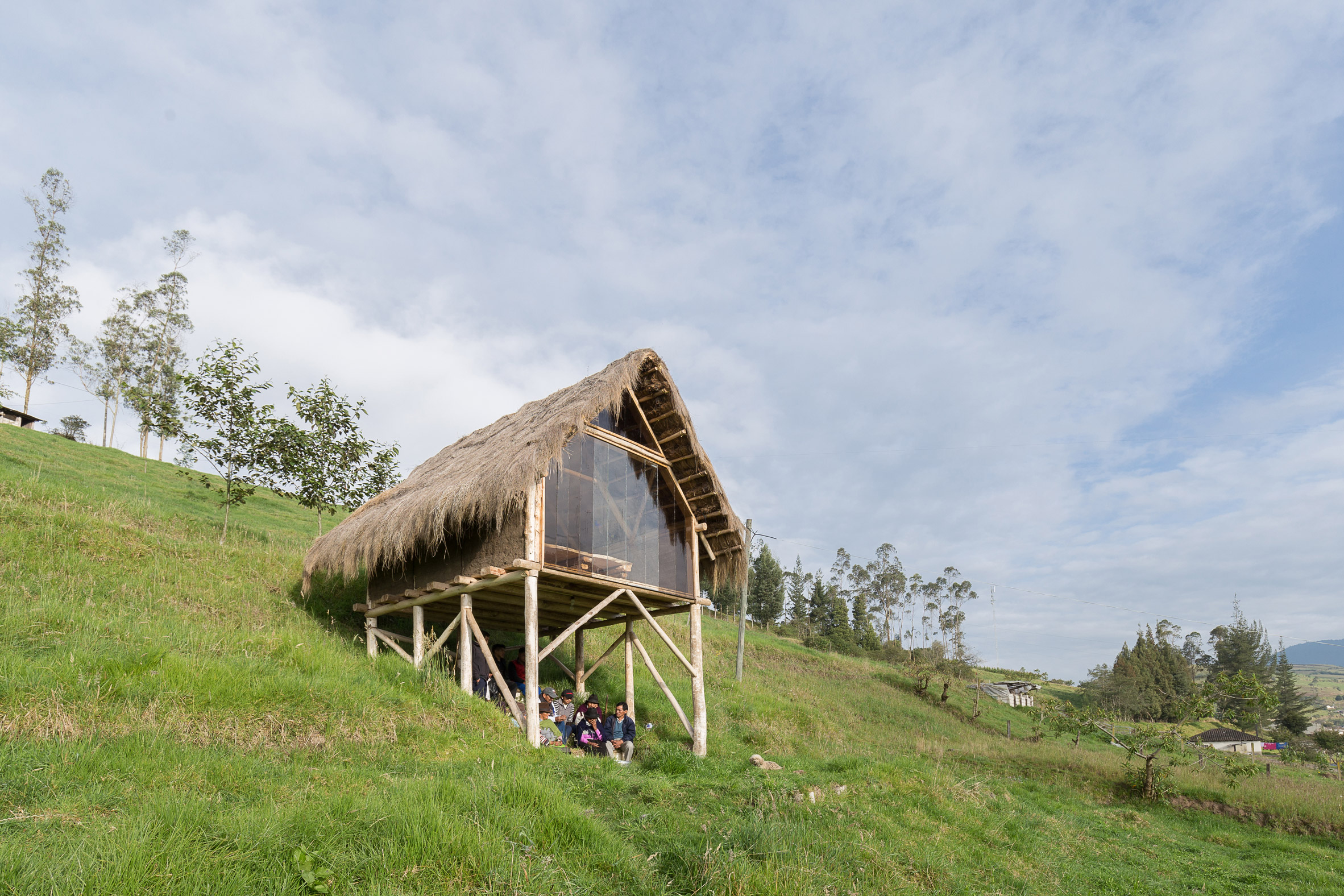 Guambo, an architecture student at Universidad Tecnológica Indoamérica (UTI) in Ambato, Ecuador designed and built the tiny work space for himself to do projects in while listening to loud music.

“I became a big fan of listening to music loud, it allowed me to do my architecture school assignments during the nights, but I did not realise that this bothered my neighbours,” Guambo said. 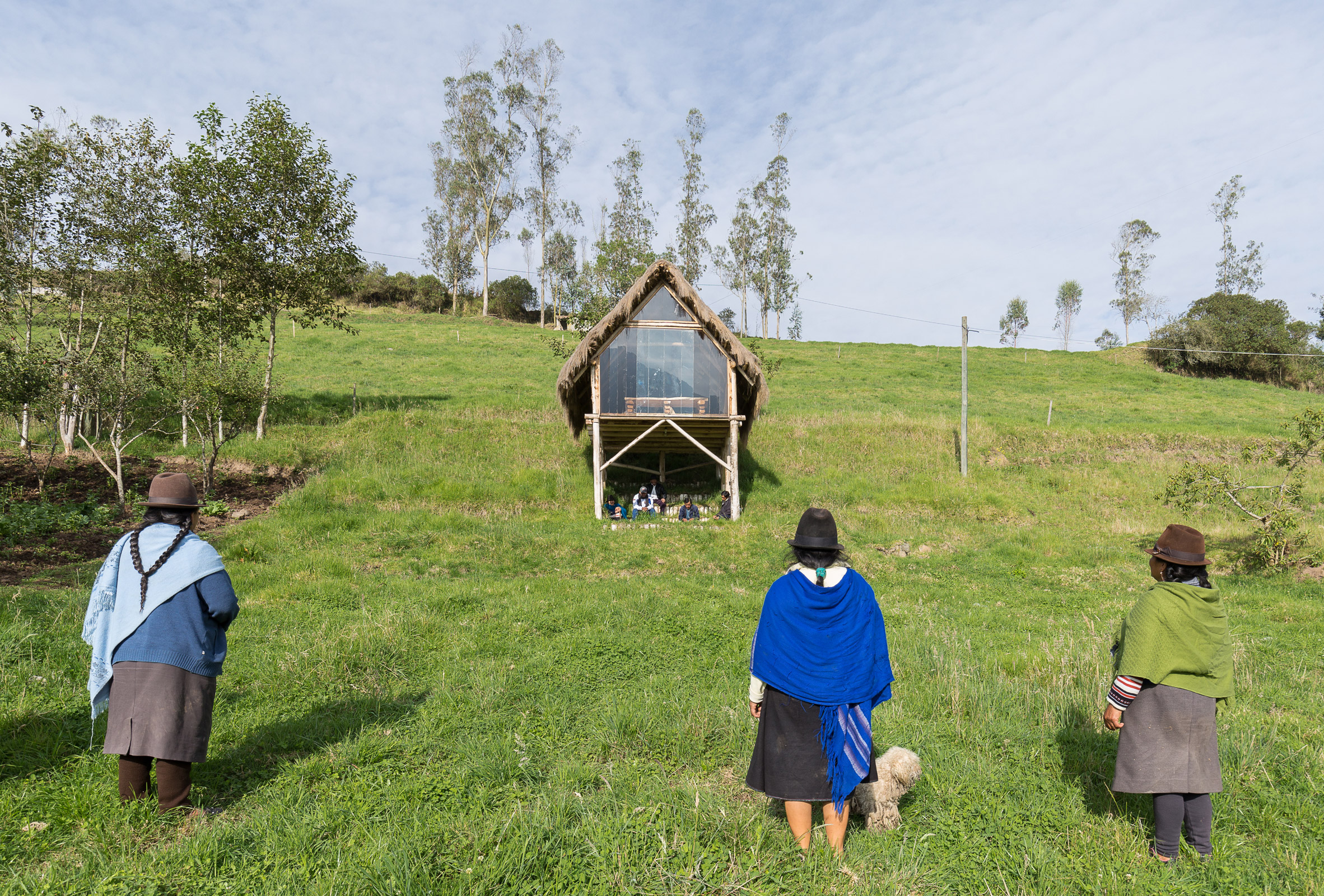 He worked under the guidance of Al Borde, a local architecture studio that completed the renovation of a deteriorated 18th-century house in Ecuador.

To construct the sound-proof studio, Guambo referenced a traditional construction method known as Bahareque, a building system that involves weaving sticks and mud to construct compact walls, which has become less common. 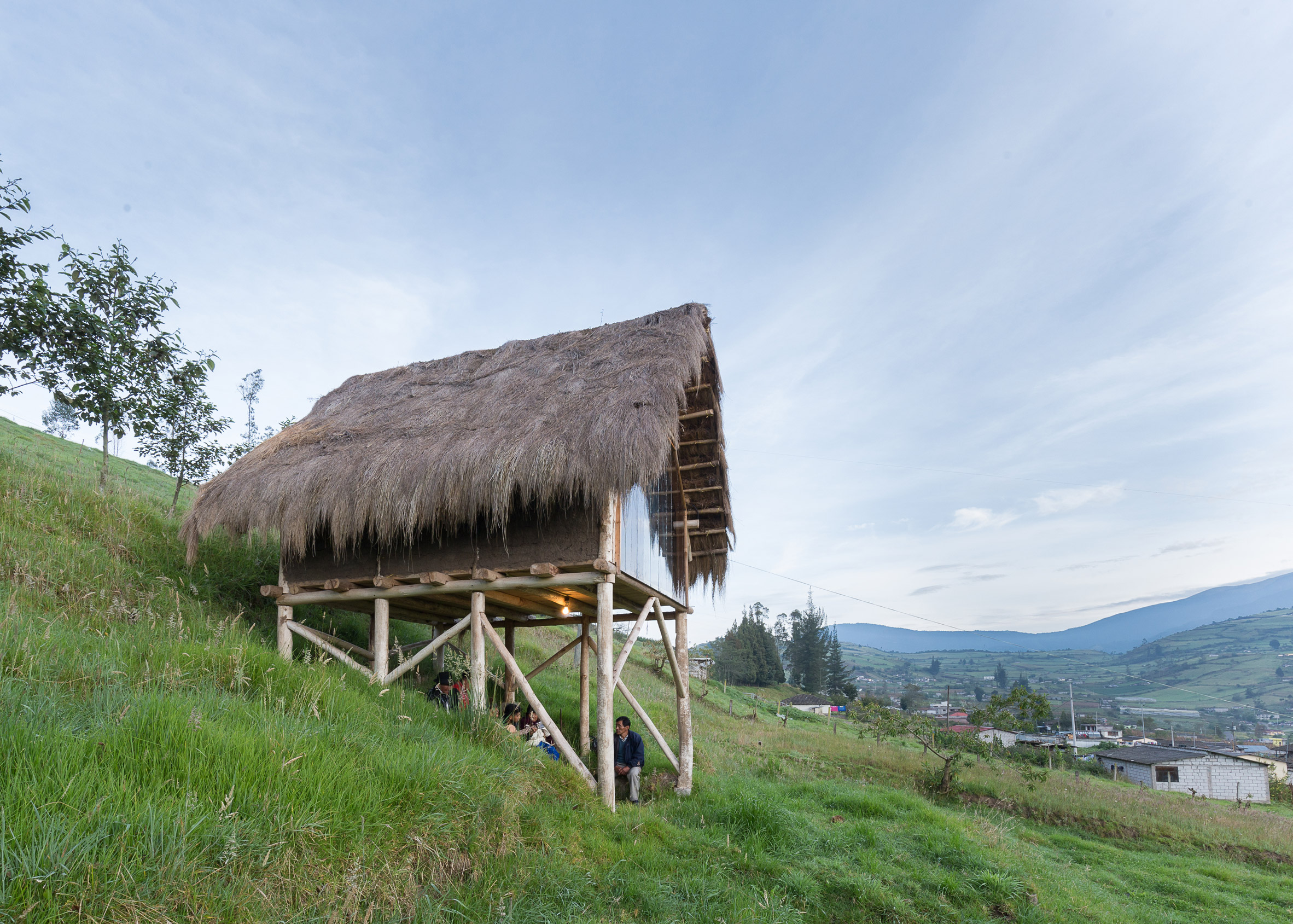 “I’m making a study room, with wood, with straw, and everyone made fun of me,” the architecture student added.

“They made fun of me because I am constructing with a traditional system and this is because we don’t value what we have, they prefer to do foreign things, thinking that they will save money.”

“But what I believe they don’t know is that you can reinterpret with the things we already have, to do new things, you have to change the mentality of people with this project that I’ve done.”

The hut has a gabled roof layered with grassy straw. Its walls comprise dried mud pressed between wood framing. 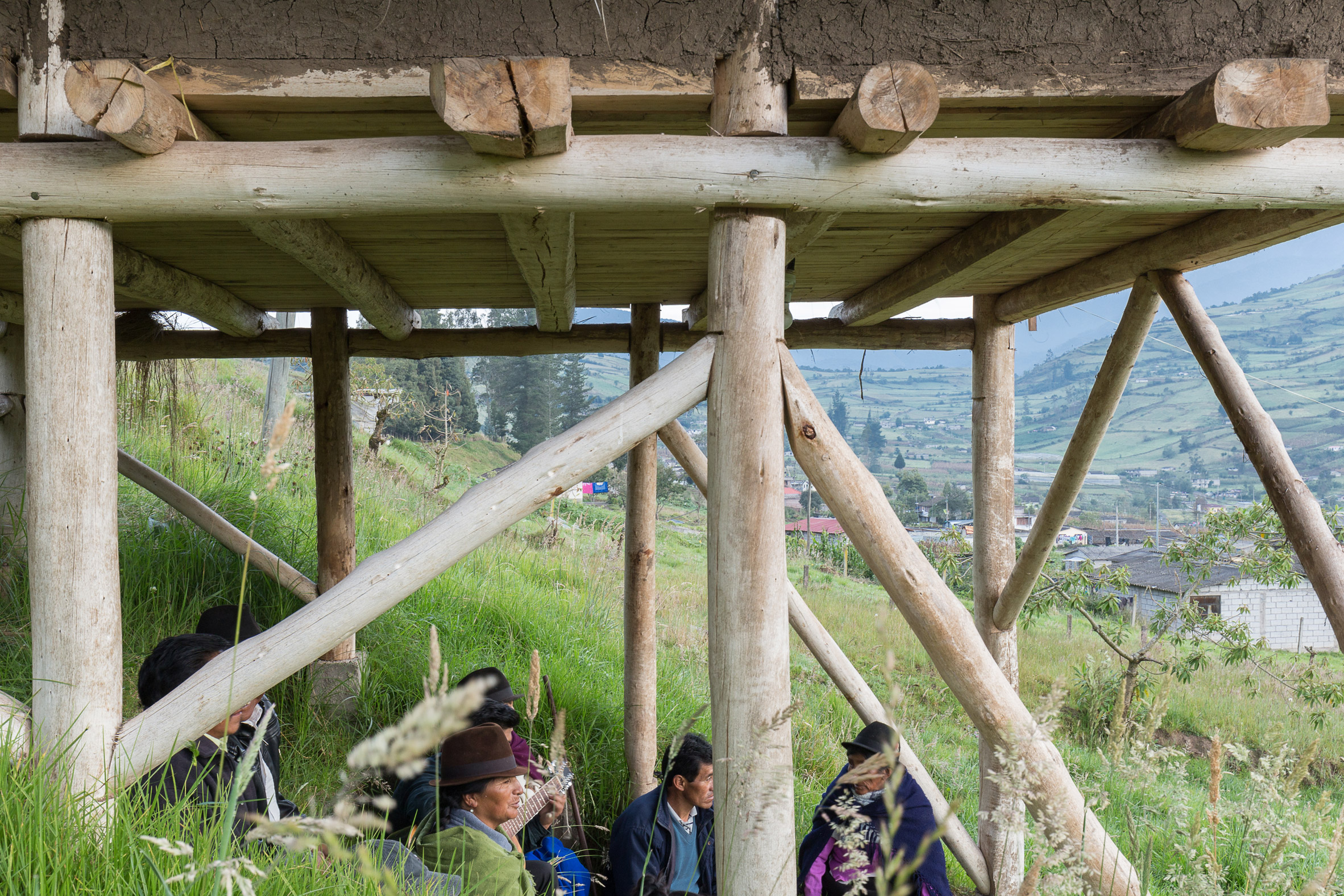 A triangular window forms the front of the tiny building to let in sunlight and provide views of the rural landscape. The entire structure is lifted above the hillside using criss-crossing wood beams.

Cut-up wood logs form several rows of bench seating underneath the unit where passerby can sit in the shade and rest. 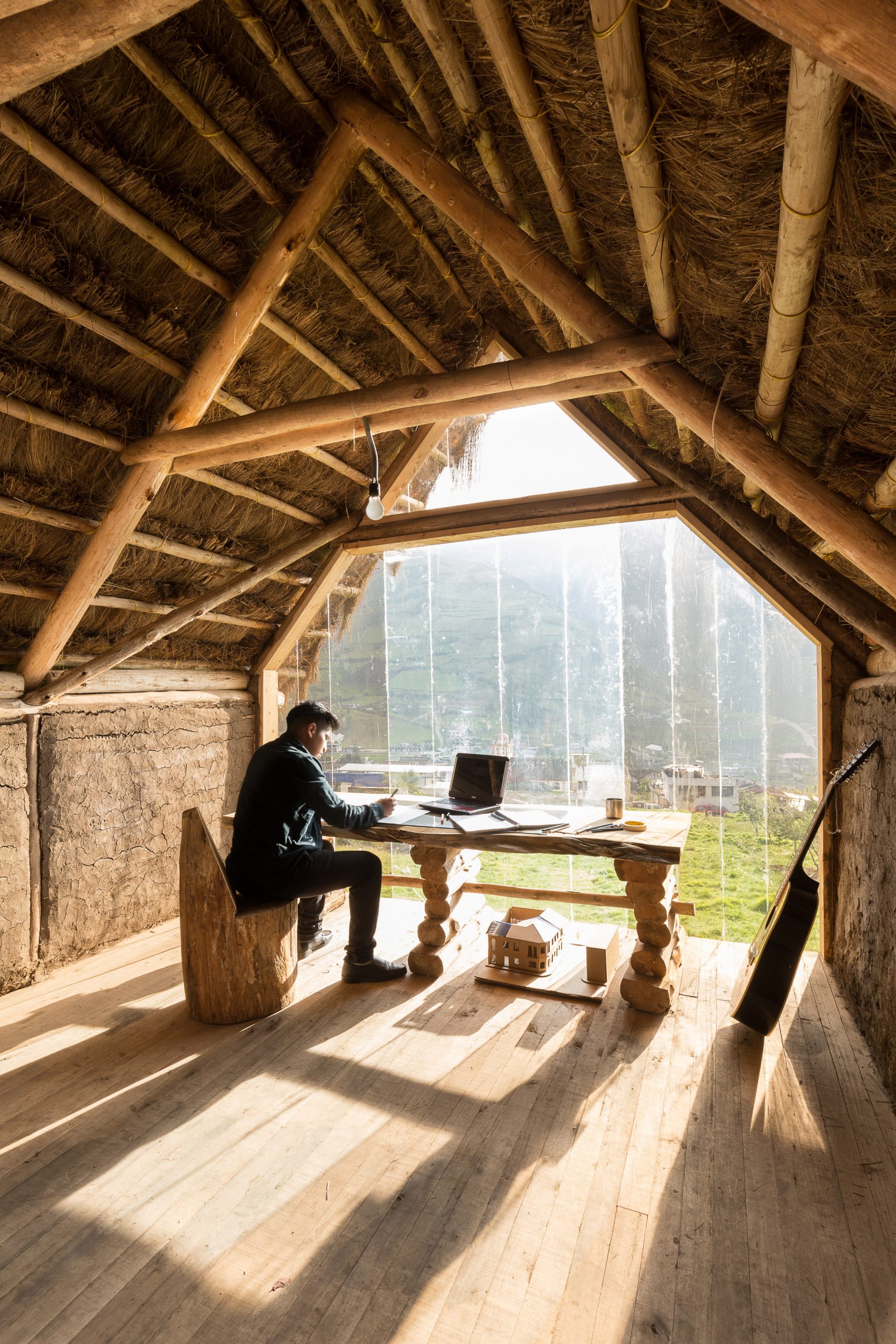 Inside, the roof structure is exposed and the floors are covered with wood planks. A wood desk with legs formed by cut logs is topped with a flat slab and situated in front of the large window along with a chair also fashioned using a log. 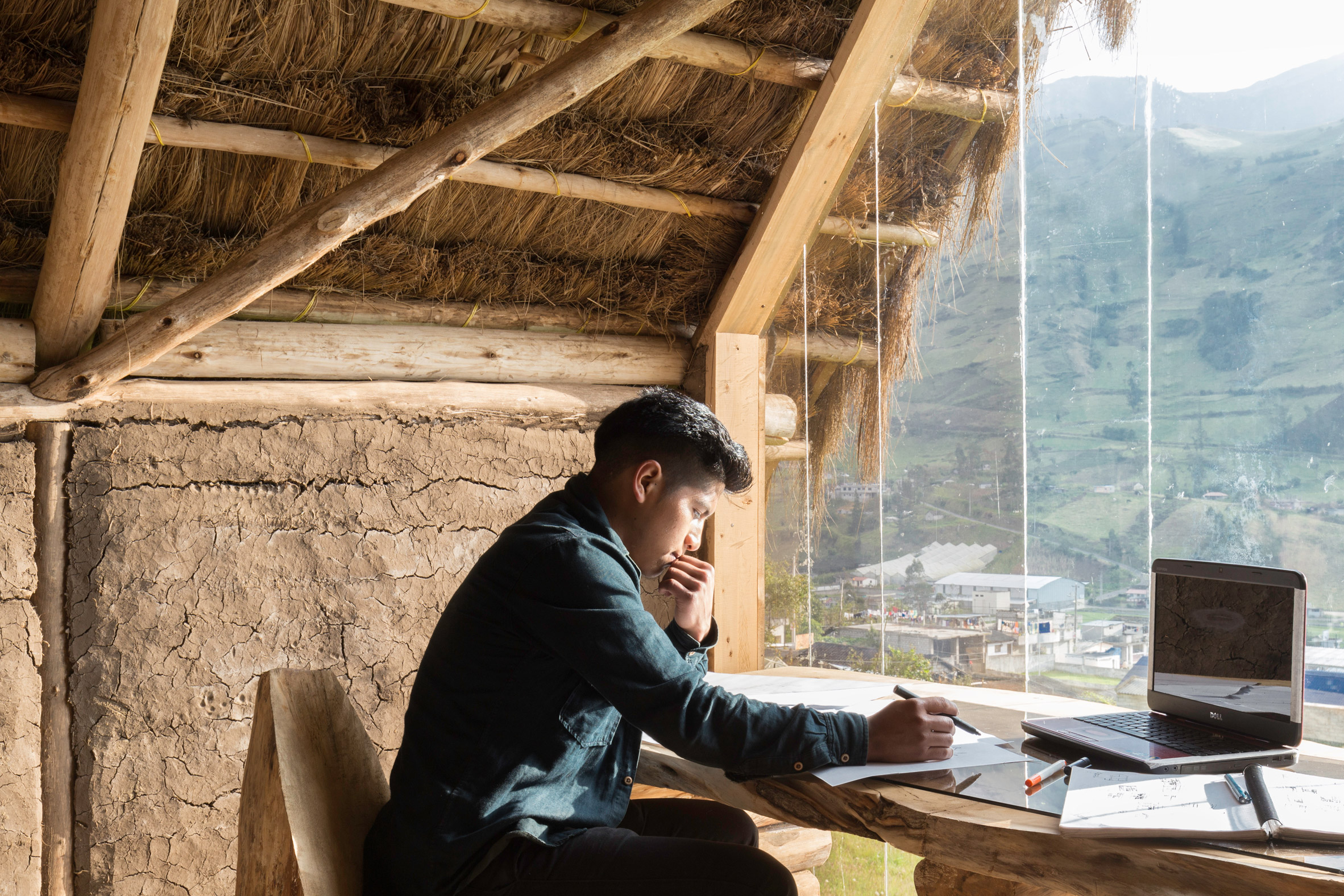 The design follows a number of other architects and designers who have built themselves tiny workspaces.

Other tiny structures built in Ecuador include Casa Parásito, a 12-square-metre unit built on a rooftop in Quito.

Photography is by JAG Studio.