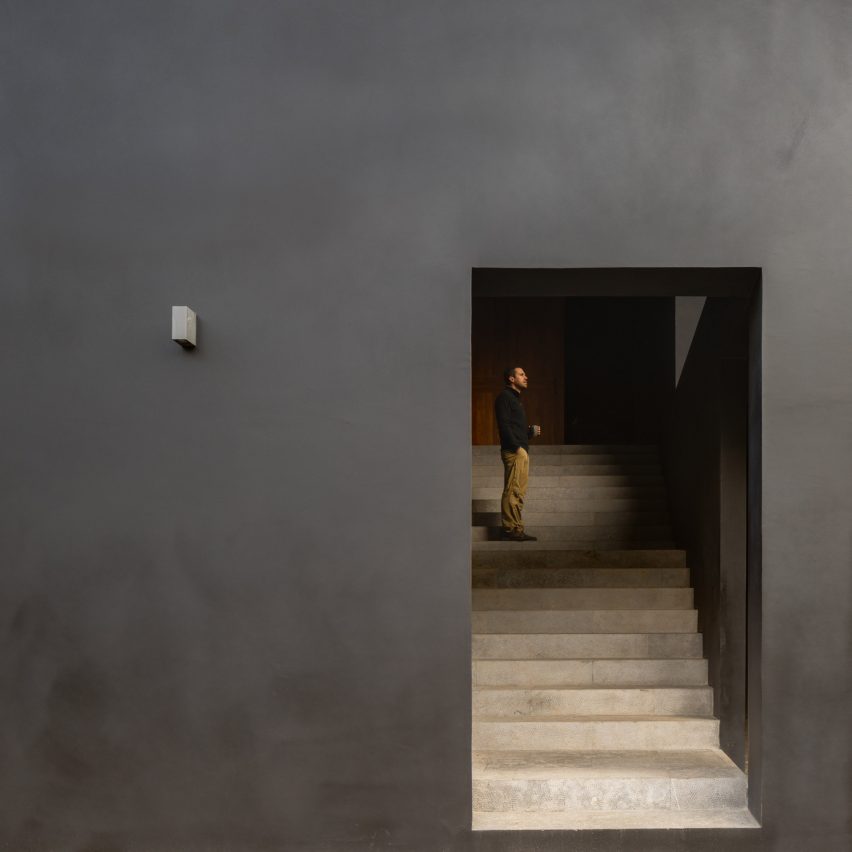 Architecture firm PPAA has designed a black house atop a sloped site in Mexico’s Valle de Bravo region with a swimming pool that meets the tree canopy.

The project, called Las Golondrinas, provides a house for its retired owners in the Valle de Bravo town of Peña Blanca. 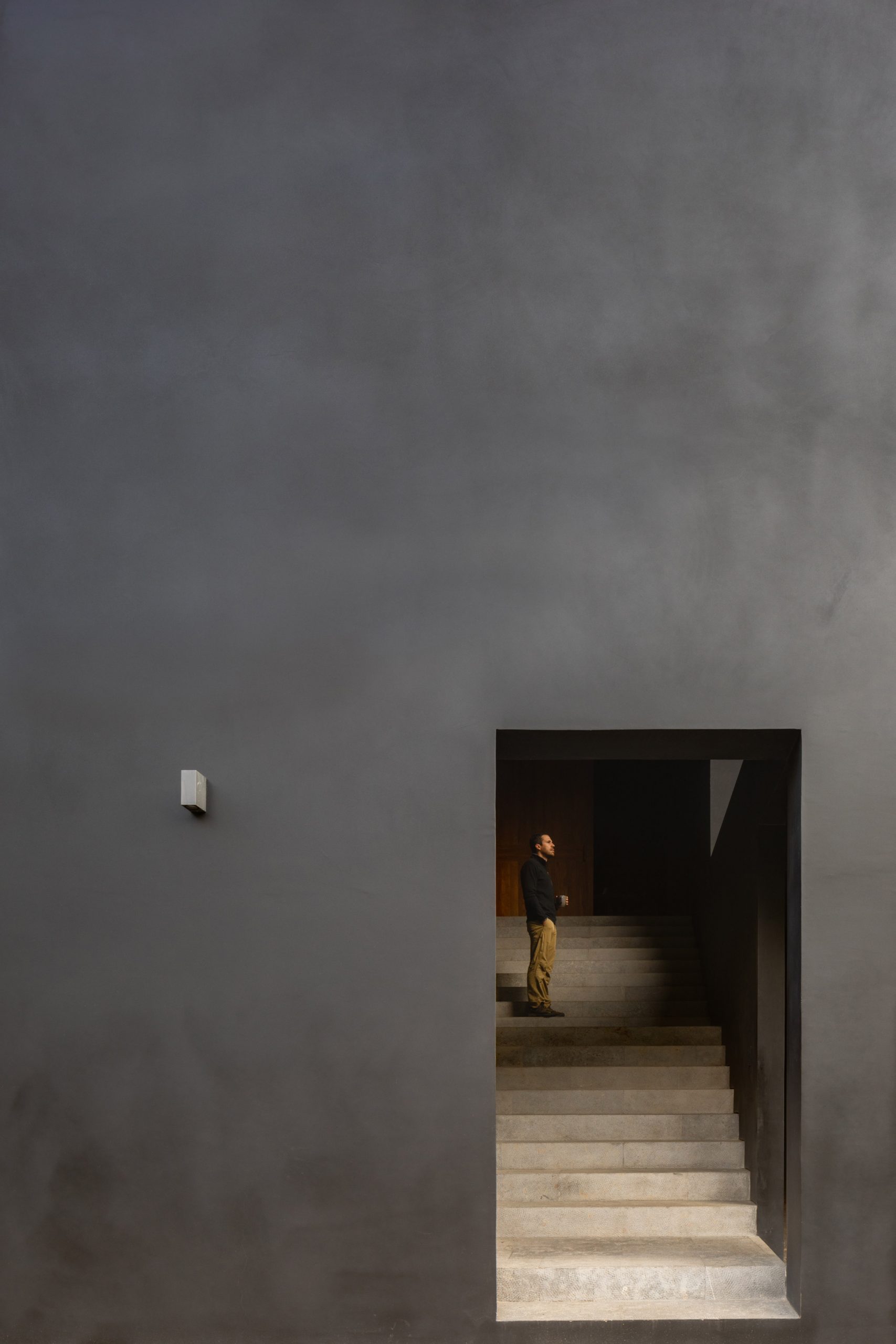 “The house is thought as a retirement home, a place of disconnection and rest where at the same time they can spend long periods out of town,” said PPAA.

“Taking into account that the house was designed for a large family and with guests, we wanted the house to have privacy and views as a priority.” 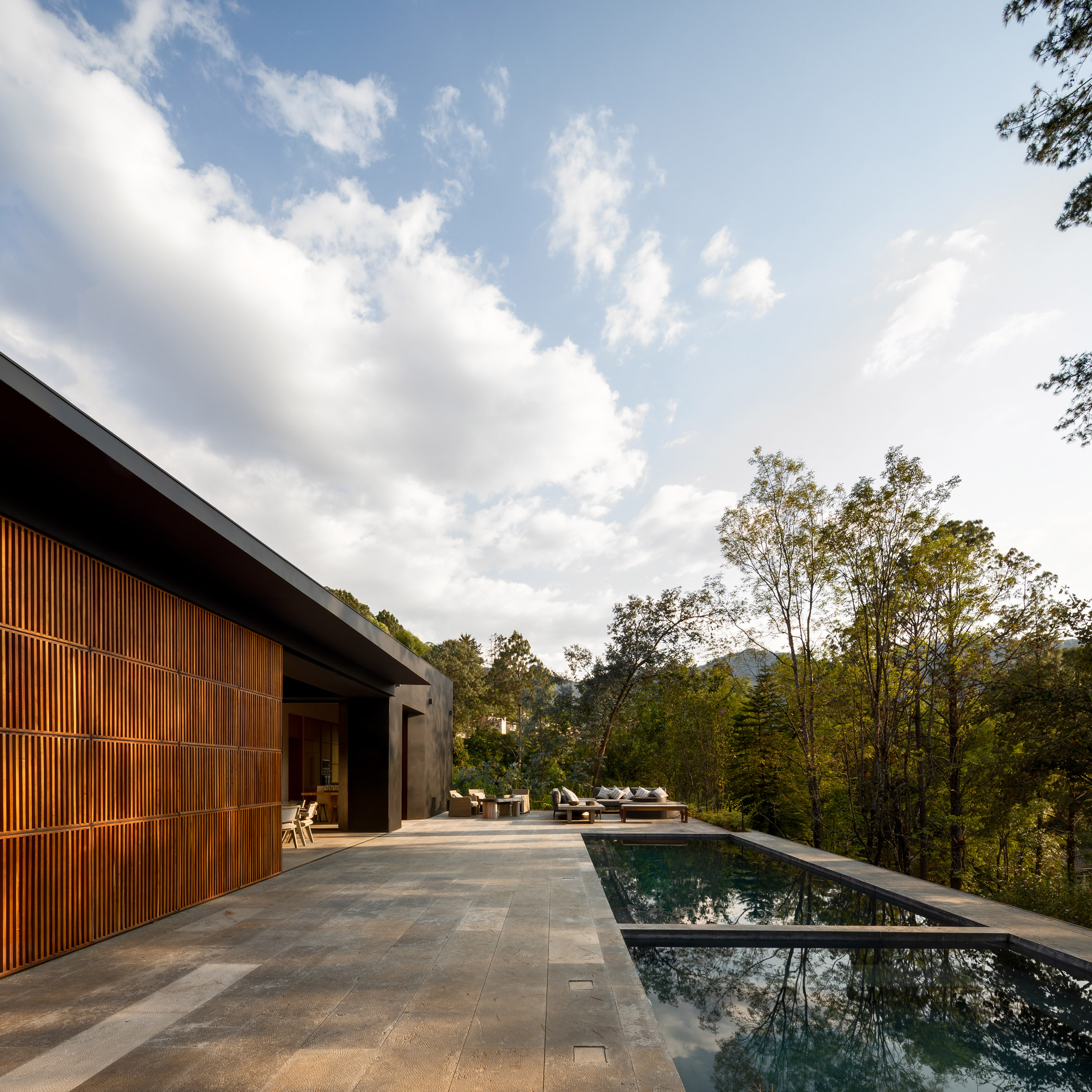 The Mexico City firm covered the house in a matte-black rendering called Corev Mooth so it would not upstage its lush surroundings at the top of its sloped plot.

“The decision of the black colour was due to the fact that we wanted to keep nature as the main protagonist of the whole picture and make the house an elegant element in the context,” the studio said. 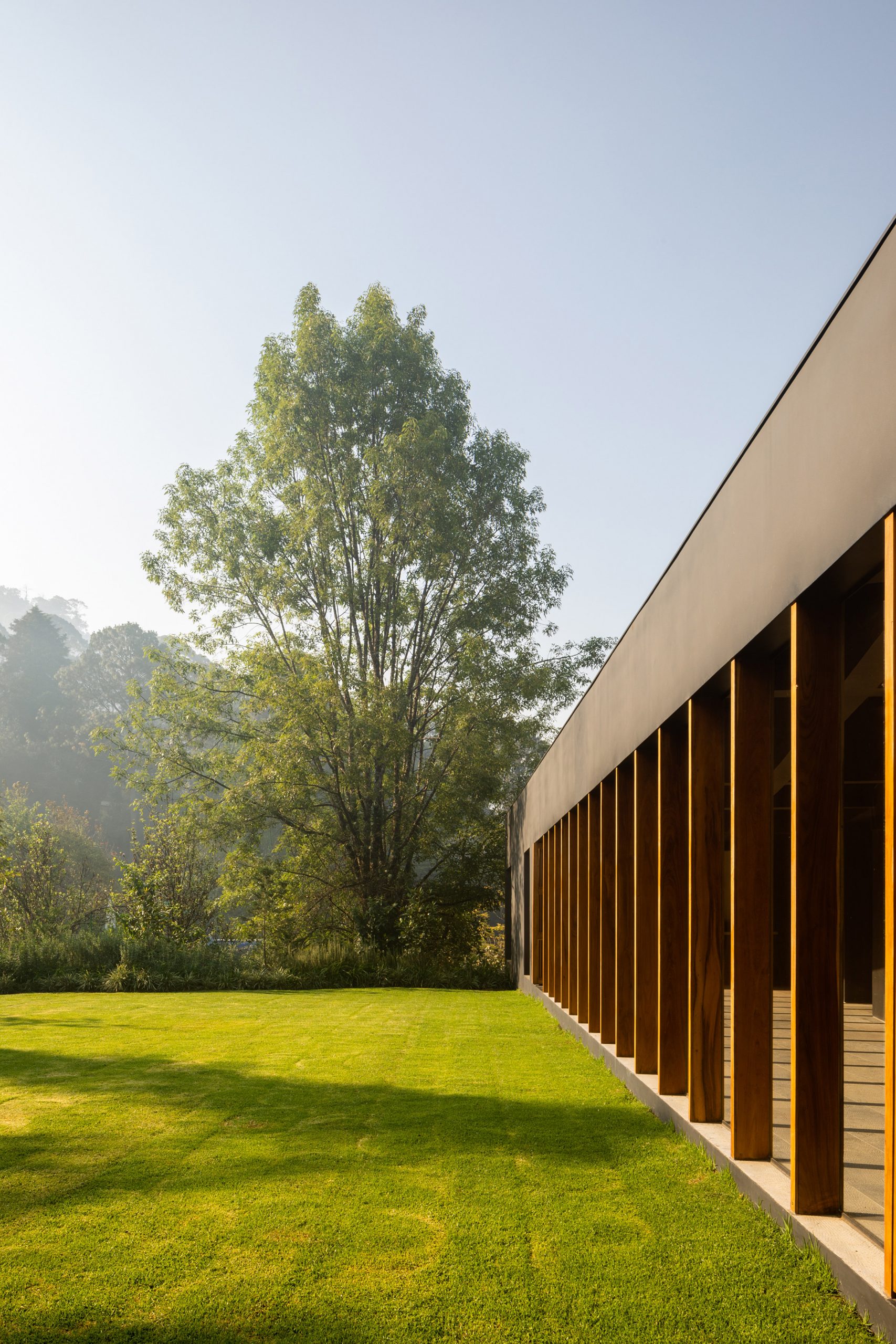 Large windows, glazing and shutters break up the black walls of the house to open up to the exterior. The window frames and shutters are made from a tropical tzalam wood coated in sealer that gives a reddish hue.

“The project takes place in the upper part of a plot, leaving the surrounding nature intact and opening up to the views of the mountains,” PPAA added. 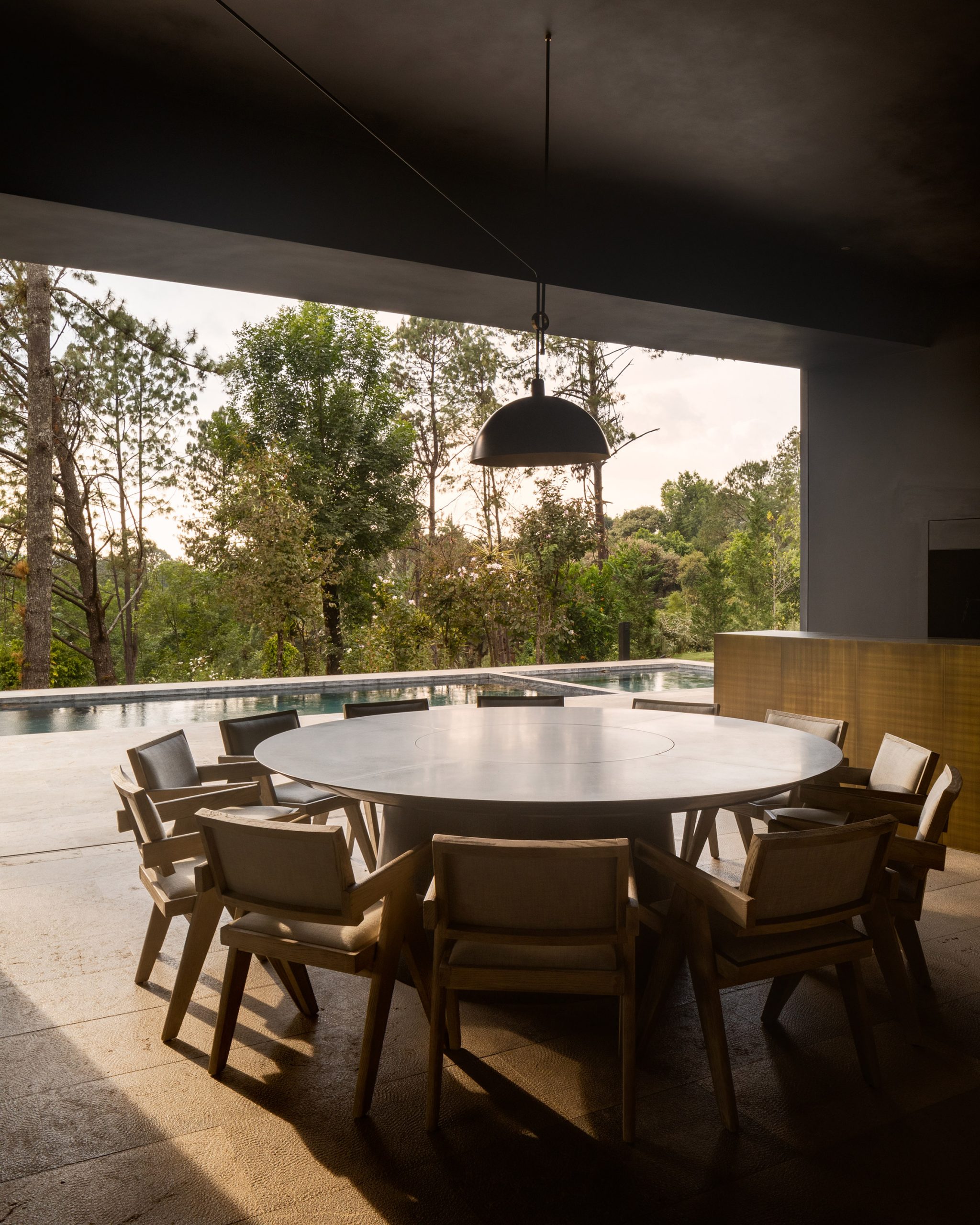 Although appearing as one whole, the black house is actually composed of three volumes topped by a large sloped roof.

Underneath the roof, covered outdoor walkways around the volumes meet at a terrace that forms a shaded social area for the owners to entertain their guests. This covered lounge is open to the swimming pool that runs along the rear of the house with trees peeping up above the stone deck. 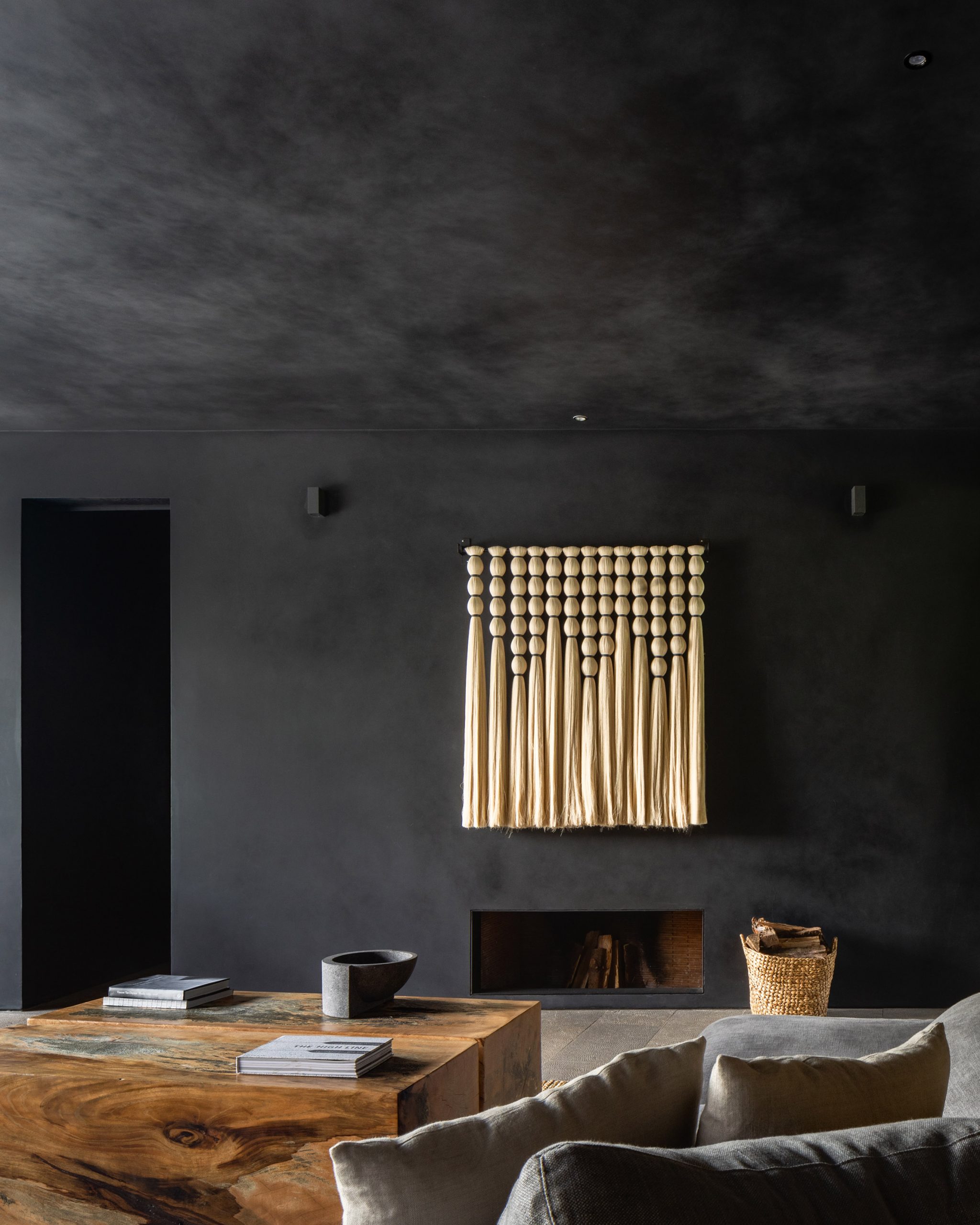 The programme of Las Golondrinas is separated across the volumes. One contains a kitchen with a dining area, the second contains the lounge and another dining table, while the third hosts a series of bedrooms with en-suite bathrooms.

An angled wall runs along one side of the bedroom volume so each room gradually increases in size. The unusual shape also creates a triangular hallway outside the bedrooms that is flanked by windows with wooden frames offering views of the garden. 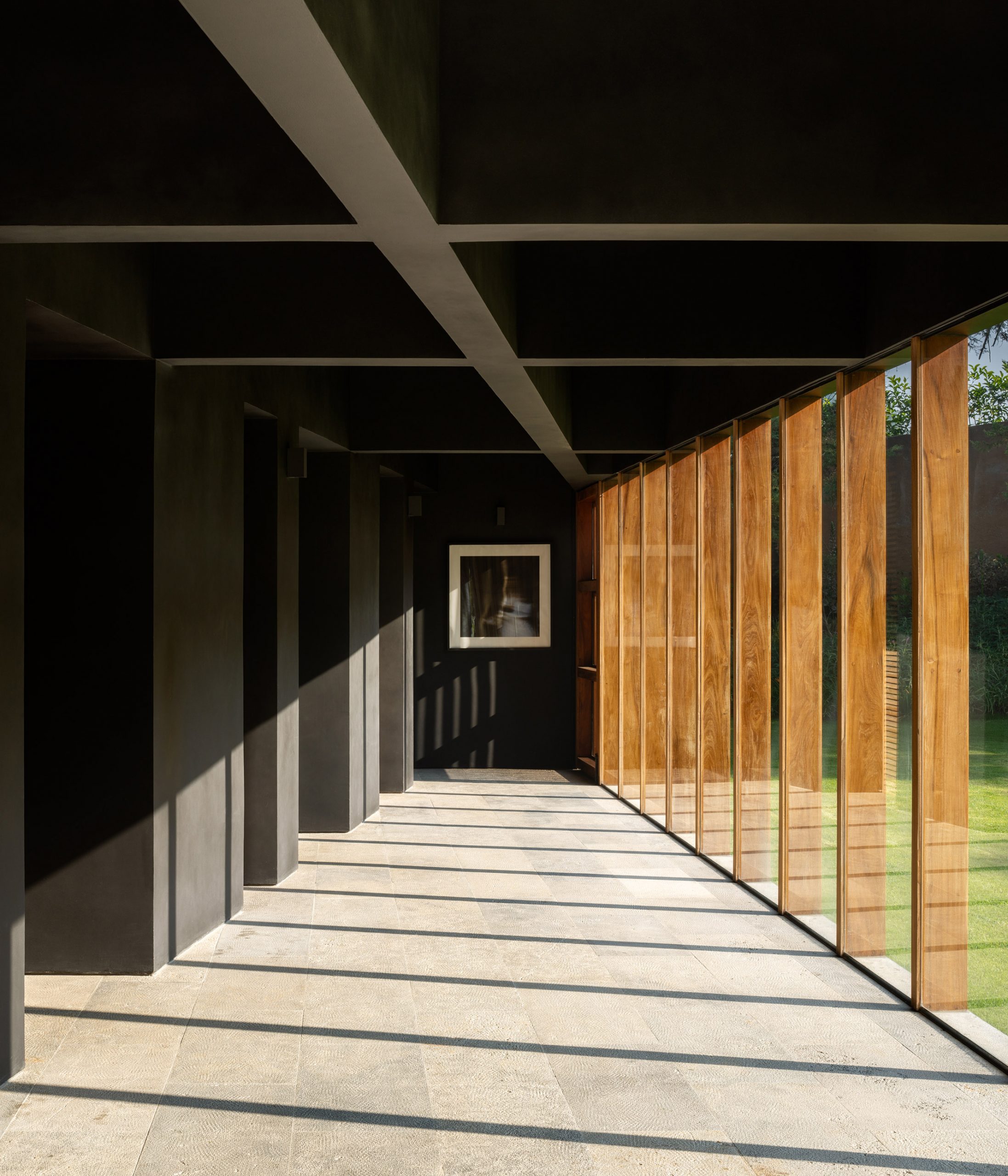 These mains areas are all located on the top floor of the 450-square metre house, which has two storeys and is entered on the lower level. The ground floor contains another lounge and bedrooms.

PPAA has used materials to create a clear separation between the areas that are regarded as outside the volumes and their interiors. 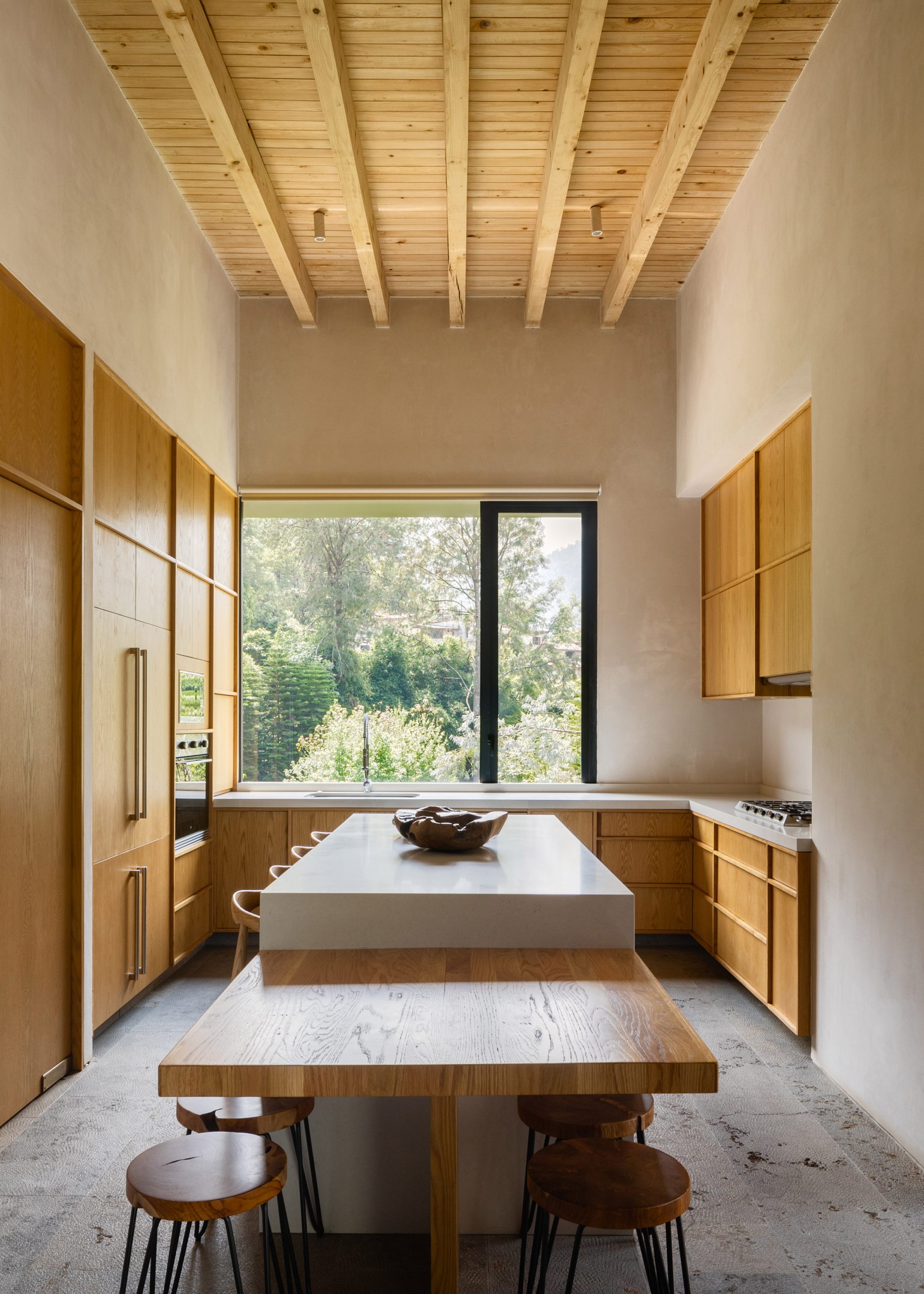 The matte-black render coats the exterior of the volumes underneath the roof and is complemented by dark furnishings. For example, the outdoor social space is furnished with a large black pendant light, black stone stable and weathered-looking chairs.

Interiors, meanwhile, have much paler finishes. 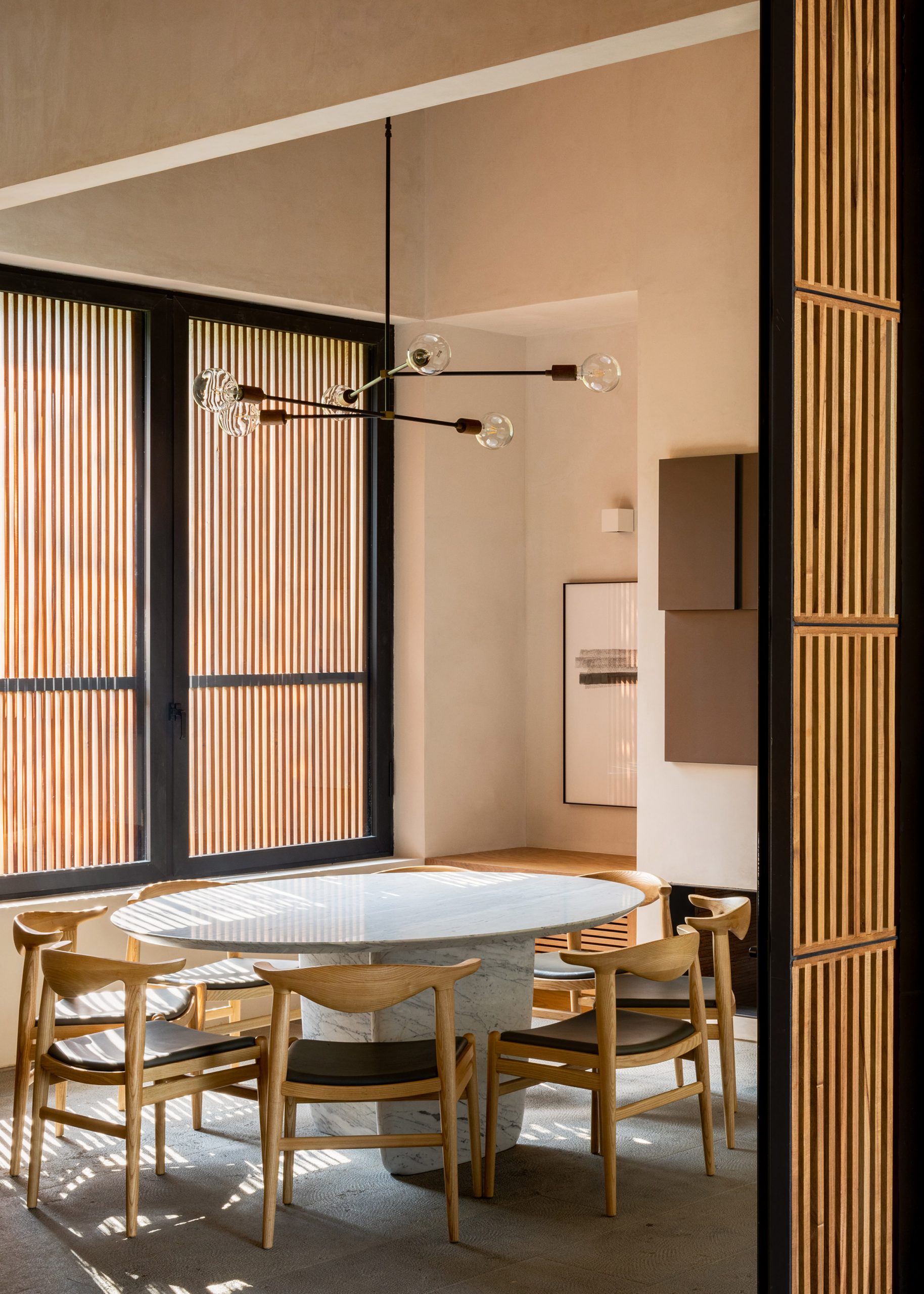 “Inside the house, white walls, grey marble and white oak wood create and intentional contrast between the inside and outside,’ said the firm. 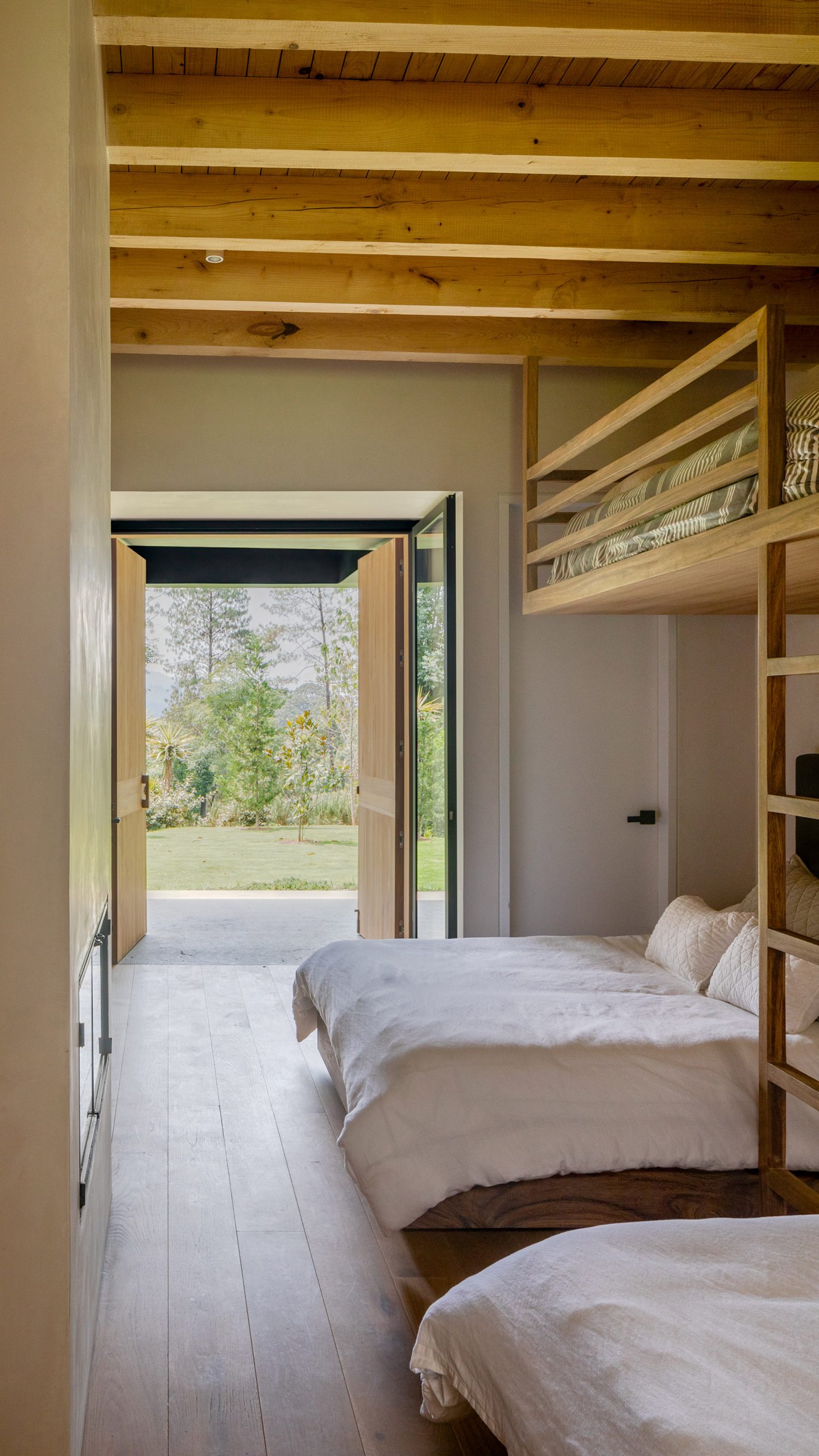 The firm’s other projects include Pachuca, a pair of matching residences it completed in Mexico City, Tlalpuente house, designed to merge with a wooded landscape, and Casa Sierra Fría, which is built with board-marked concrete walls.

Photography is by Rafael Gamo.

The post Matte-black house Las Golondrinas is a sanctuary for retirement in Valle de Bravo appeared first on Dezeen.