Ruta 4 completed the factory called Amairis in the mountain village of San Isidro, which is about a two-hour drive north of Colombia’s second-largest city Medellín. 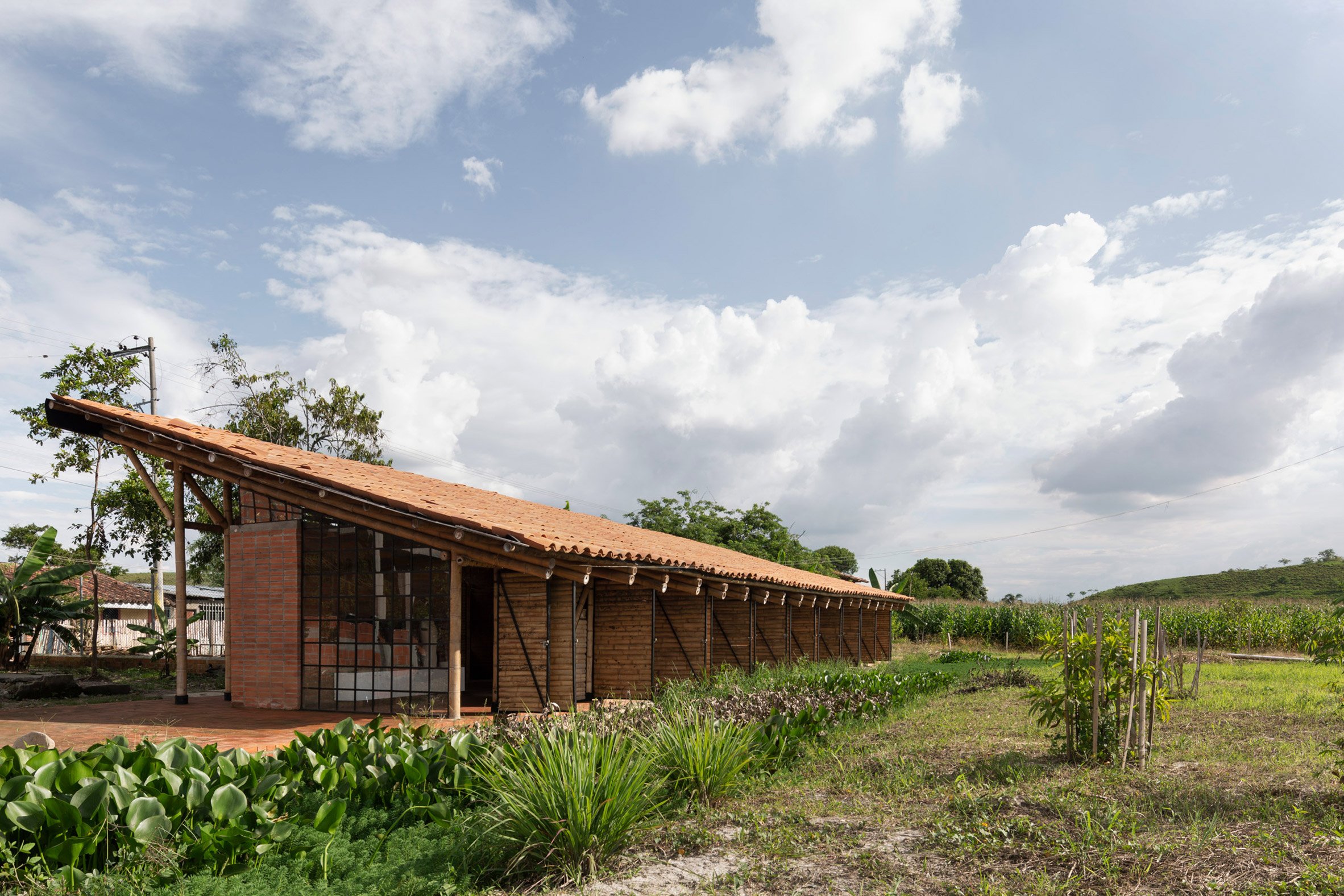 The studio worked in collaboration with women in the community and an organisation in Colombian city Pereira that promotes educational and cultural strategies.

“This trusting relationship and the findings observed in the landscape were fundamental premises for designing and building a workspace for them,” said Ruta 4. 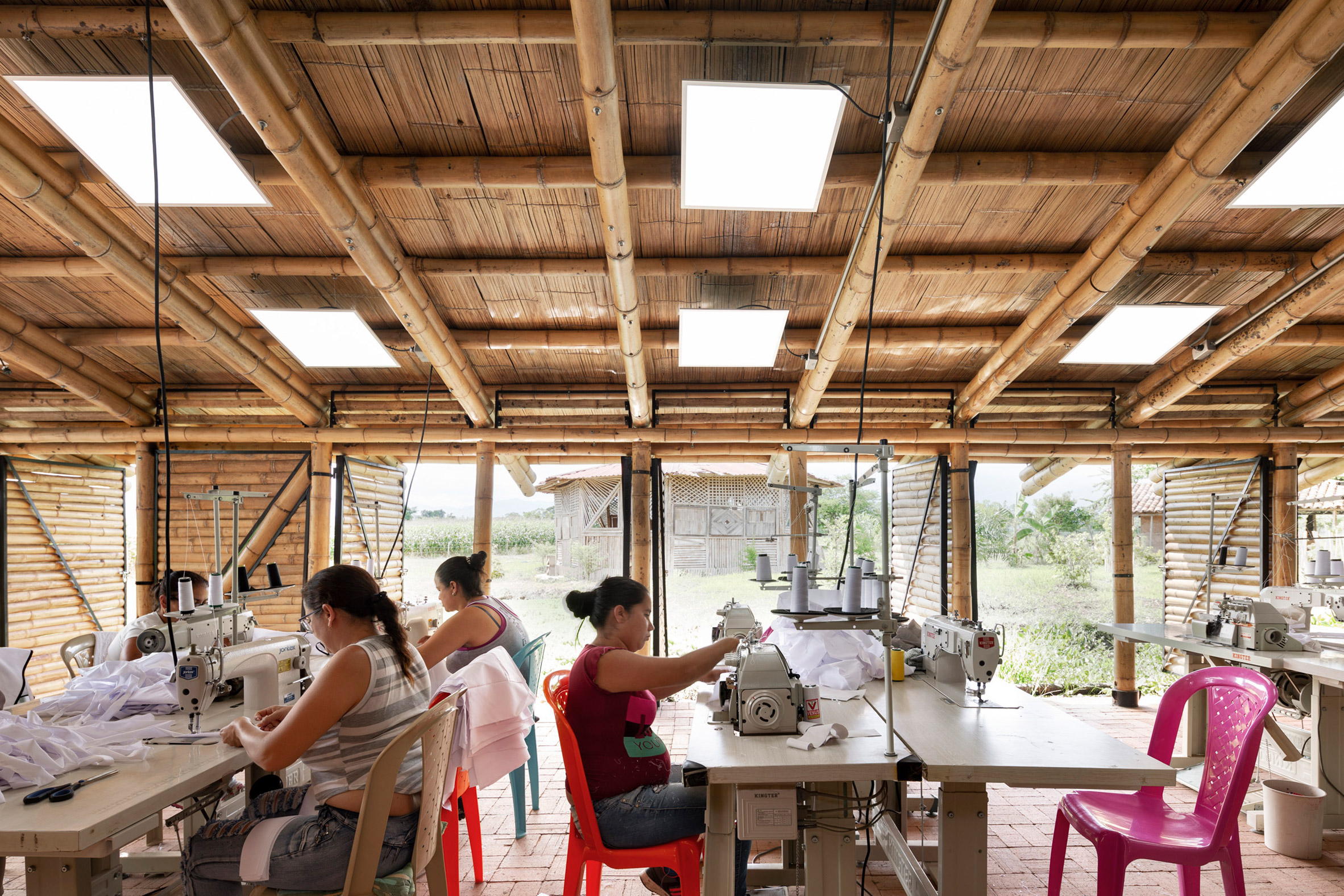 The studio, which is based in Pereira, aimed to make use of local building techniques and materials – particularly the bamboo that grows abundantly in the country.

“Abundant quantities of bamboo and a neighbouring village with traditional craftsmanship of ceramic tiles and bricks, cast as relevant symbolic and constructive elements,” it said.

A series of doors made from bamboo run along a wall and allow for the interiors to open up completely to the outside.

The sturdy material is also used for structural pillars and on the roof, which slants towards the back of the site. 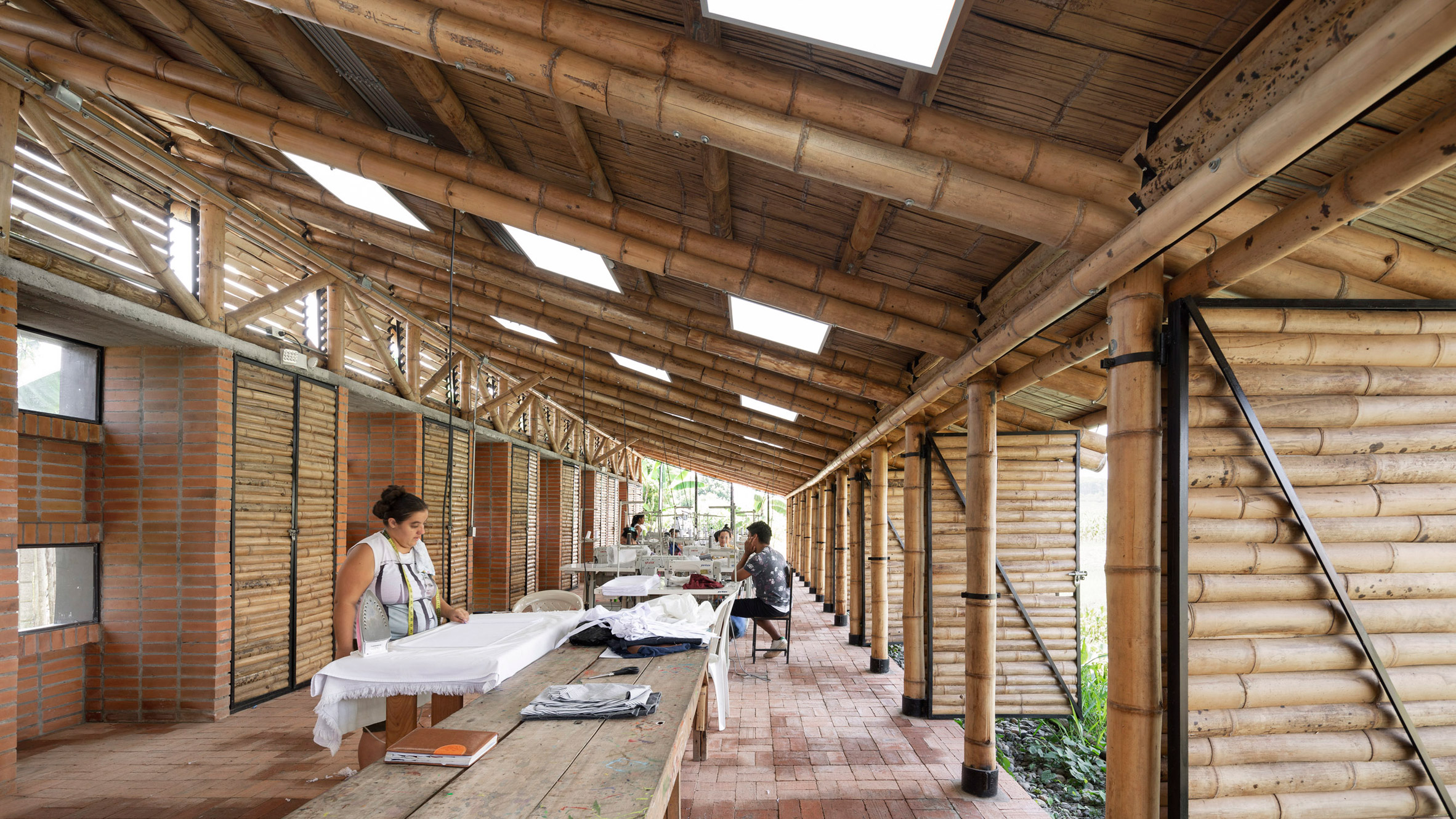 The layout is intended to respond to its location and the position of the sun as it passes over its marshy site. It has a rectangular plan and is complete with a long, brick wall facing the street that is punctured by 24 square windows with black frames. 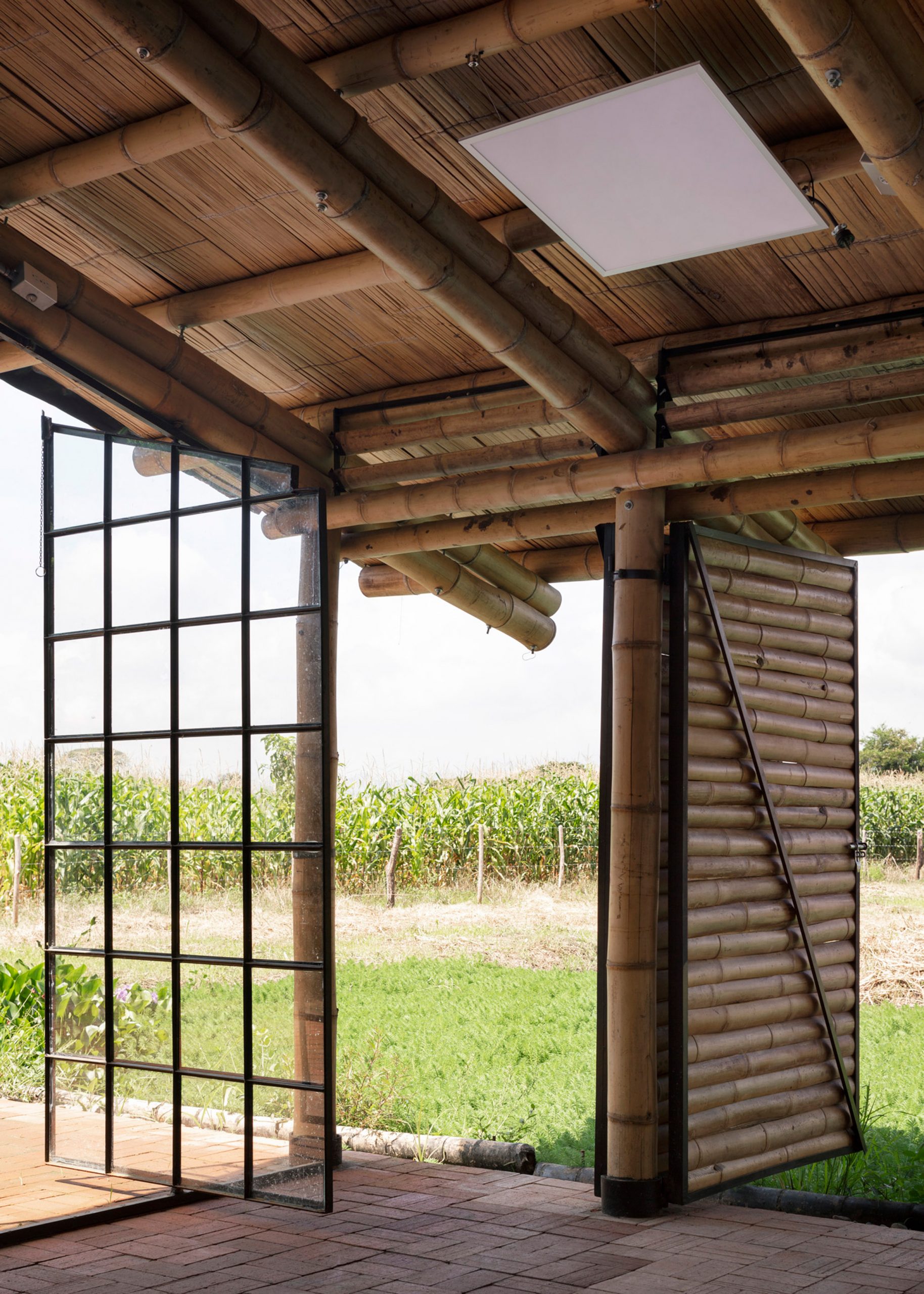 “The sewing factory’s location traces the movement of the sun that affects its facade, conceived like a dynamic device that provides several degrees of openness; while the rear facade is made up by a wall for storage and 24 windows, creating a rhythm that frames the road,” said Ruta 4.

A shorter wall, facing southwest, is composed of black-gridded glass walls that swing open to provide natural light inside. 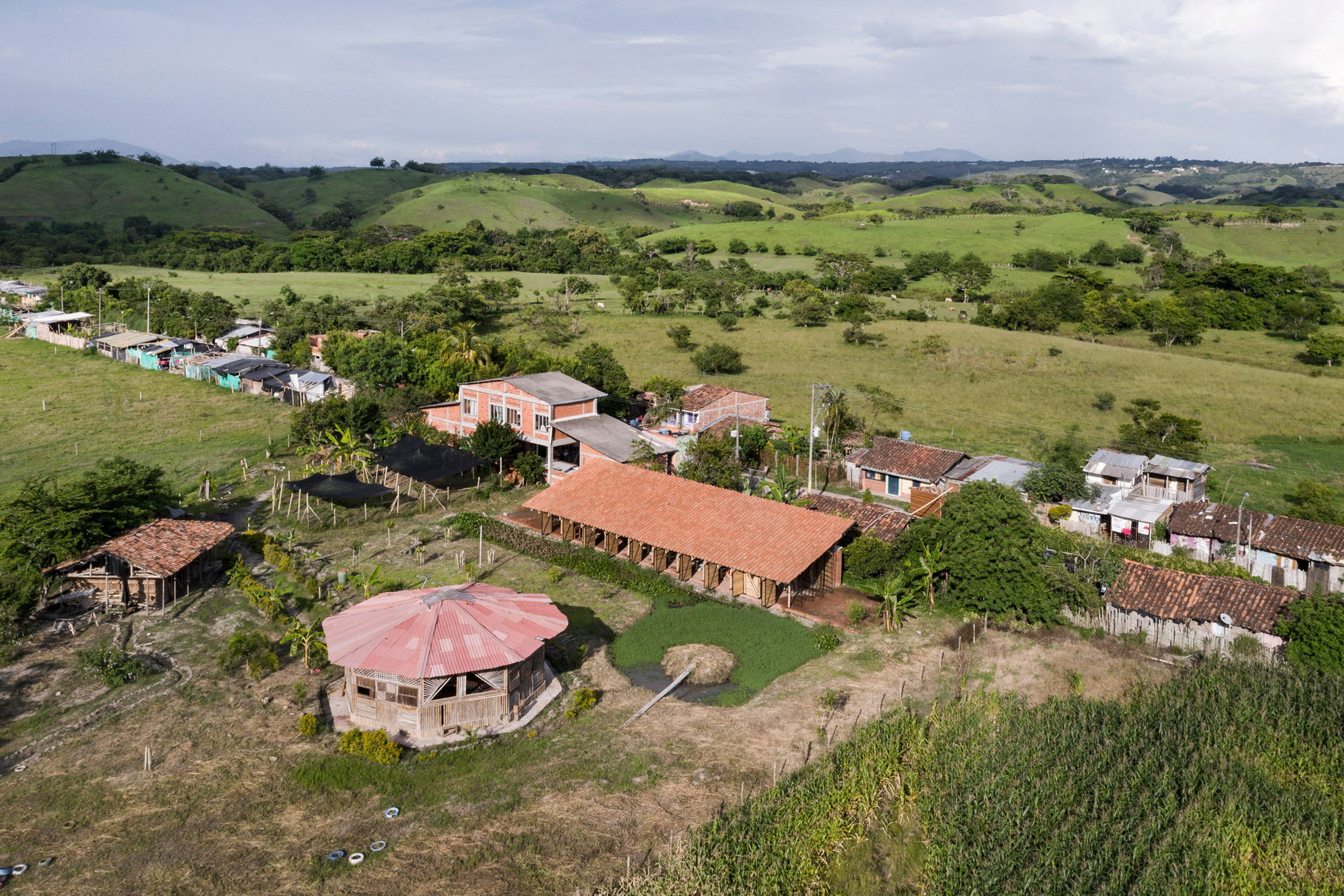 Bamboo is a popular building material in tropical regions where it thrives, and these eight projects harness the plant’s architectural potential on a residential scale.

Larger projects built with enormous amounts of bamboo are Alfa Omega School in Indonesia, a beach resort in Vietnam by Vo Trong Nghia Architects, a yoga pavilion in Tulum and a Delhi schoolhouse by Social Design Collaborative.

Photography is by Federico Cairoli.