World’s tallest prefabricated skyscrapers set to be built in Singapore 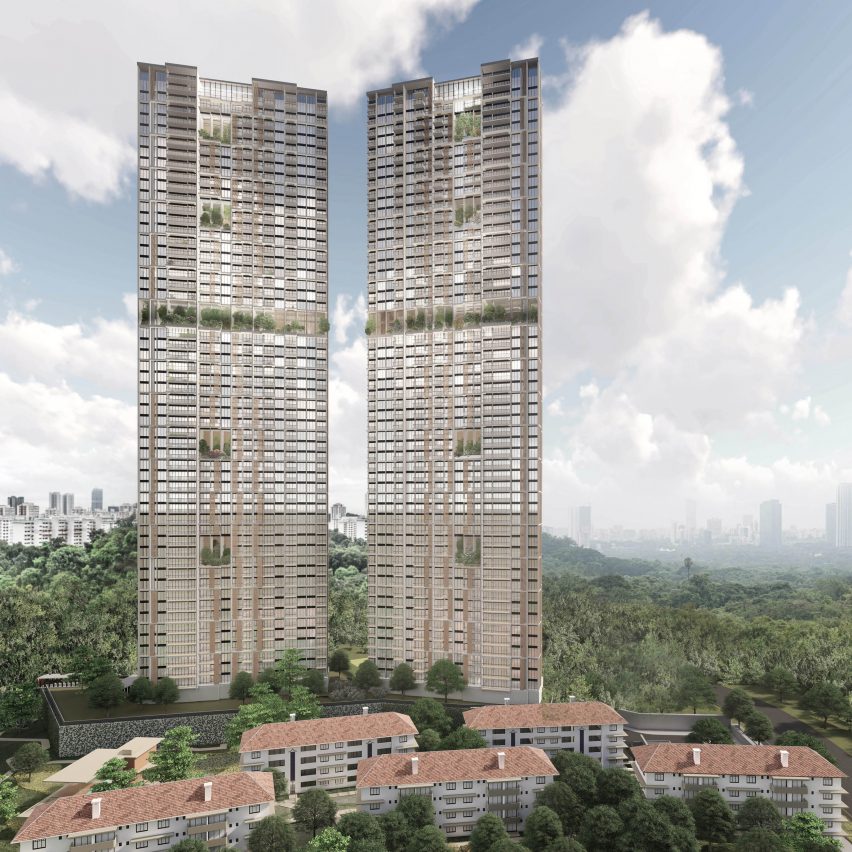 Architecture studio ADDP has designed a pair of 56-storey skyscrapers in Singapore that will be built using Prefabricated Prefinished Volumetric Construction, making them the tallest prefabricated buildings in the world.

Named Avenue South Residences, the pair of high-rise residential tower blocks will be built within an existing housing estate in Singapore.

ADDP chose to contrast the existing building with a modern-looking structure that was designed using modern, prefabricated construction techniques. 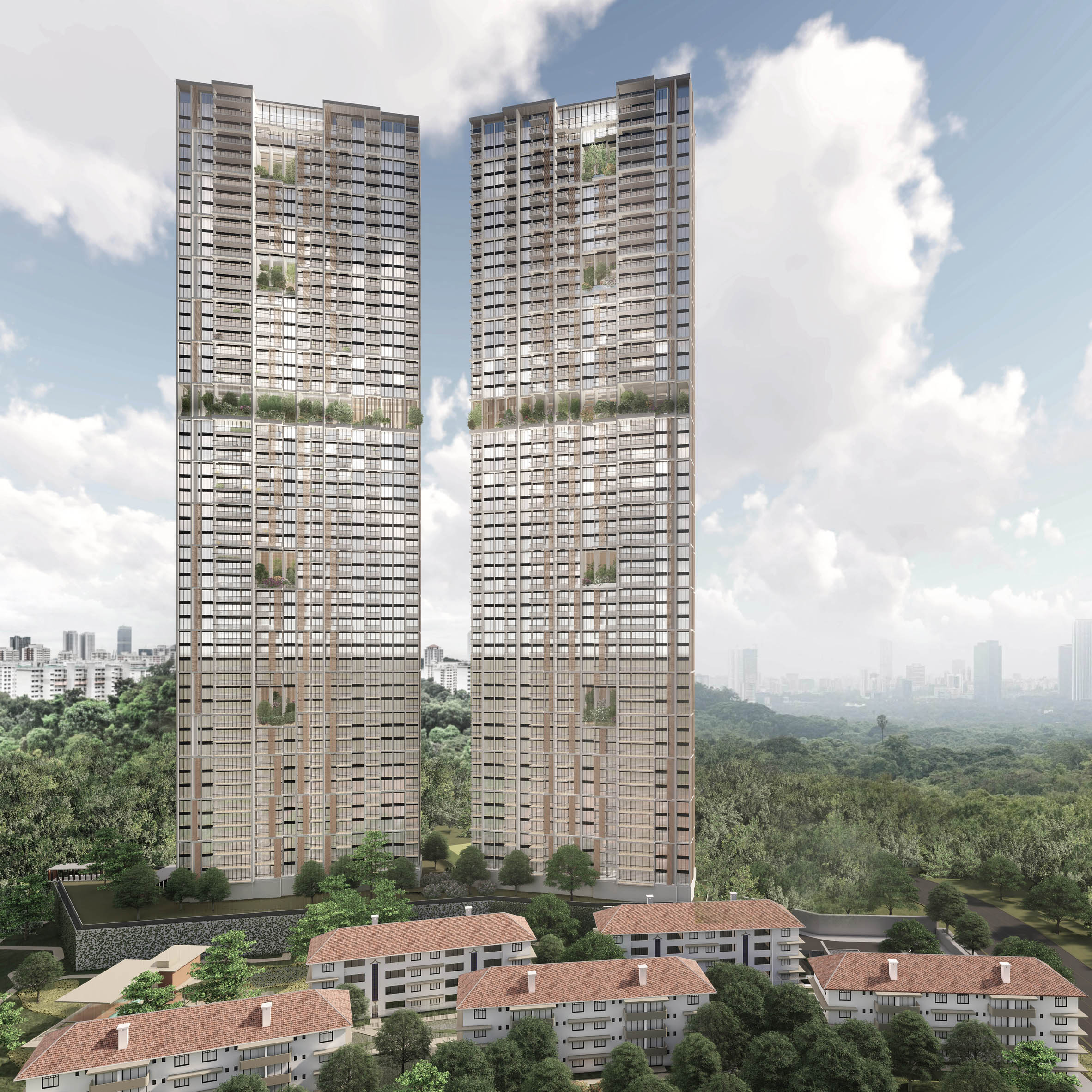 “Its location alongside the historical KTM Rail Corridor strengthens its eclectic quality of new versus old, geological heritage versus modern concepts of live-work-play,” he told Dezeen. 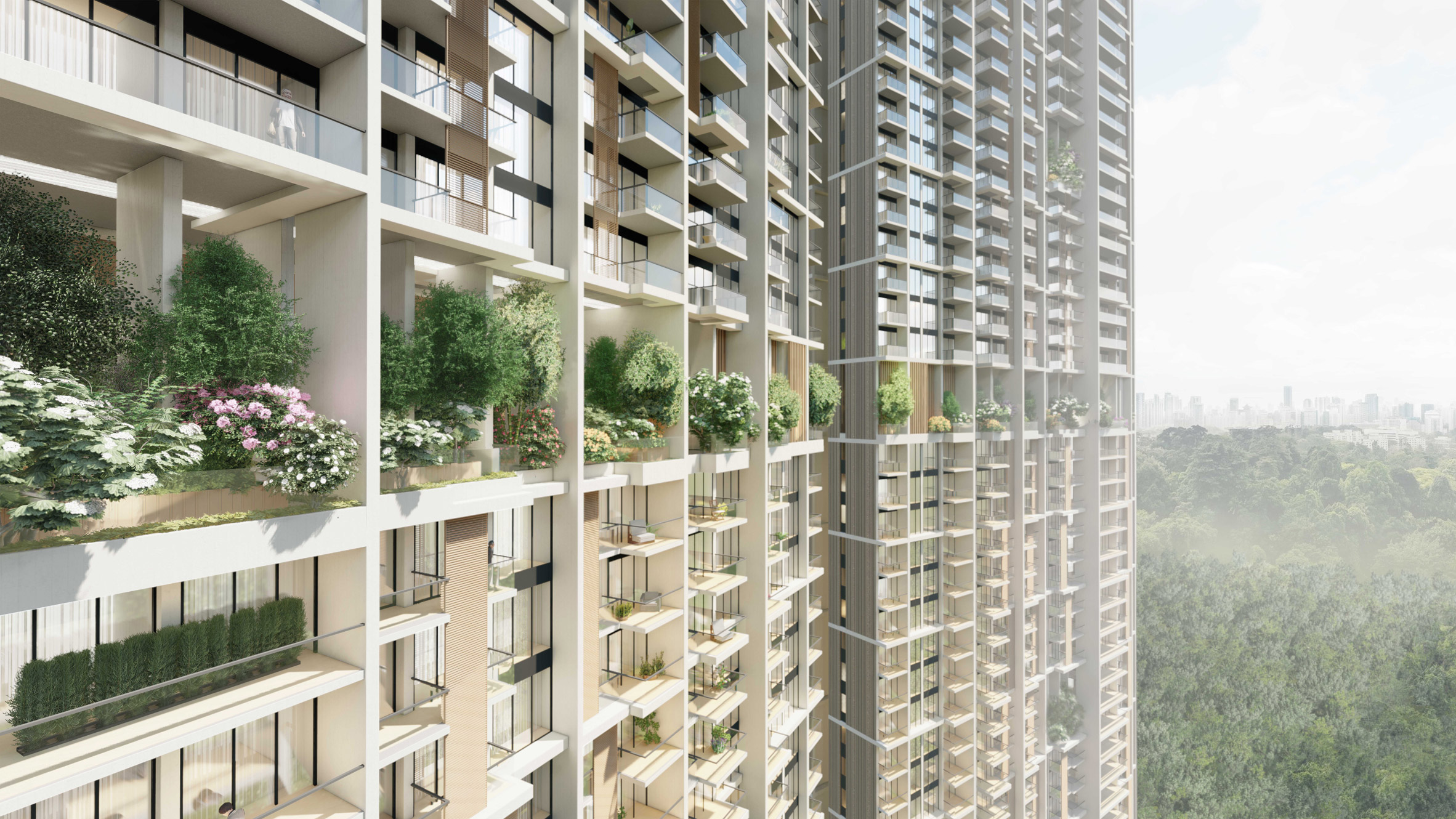 Both skyscrapers will be built using Prefabricated Prefinished Volumetric Construction (PPVC), which the studio believes will make the 200-metre-high skyscrapers the tallest buildings built using substantial amounts of prefabrication.

ADDP estimates that around 80 per cent of each housing module will be built off-site, with waterproofing, tiling, painting, glazing, cabinetry, plumbing and electrics completed before being delivered to be “stacked and joined together on-site”.

“As each module is almost 80 per cent finished off-site prior to assembly on-site, this will greatly reduce the construction time required on-site – as the modules are only required to be‘stacked’ and ‘joined’ together on-site,” explained Hann.

“This will enable the project to reduce wastage both on-site and off-site with better control of the production processes through a central materials and logistics platform.” 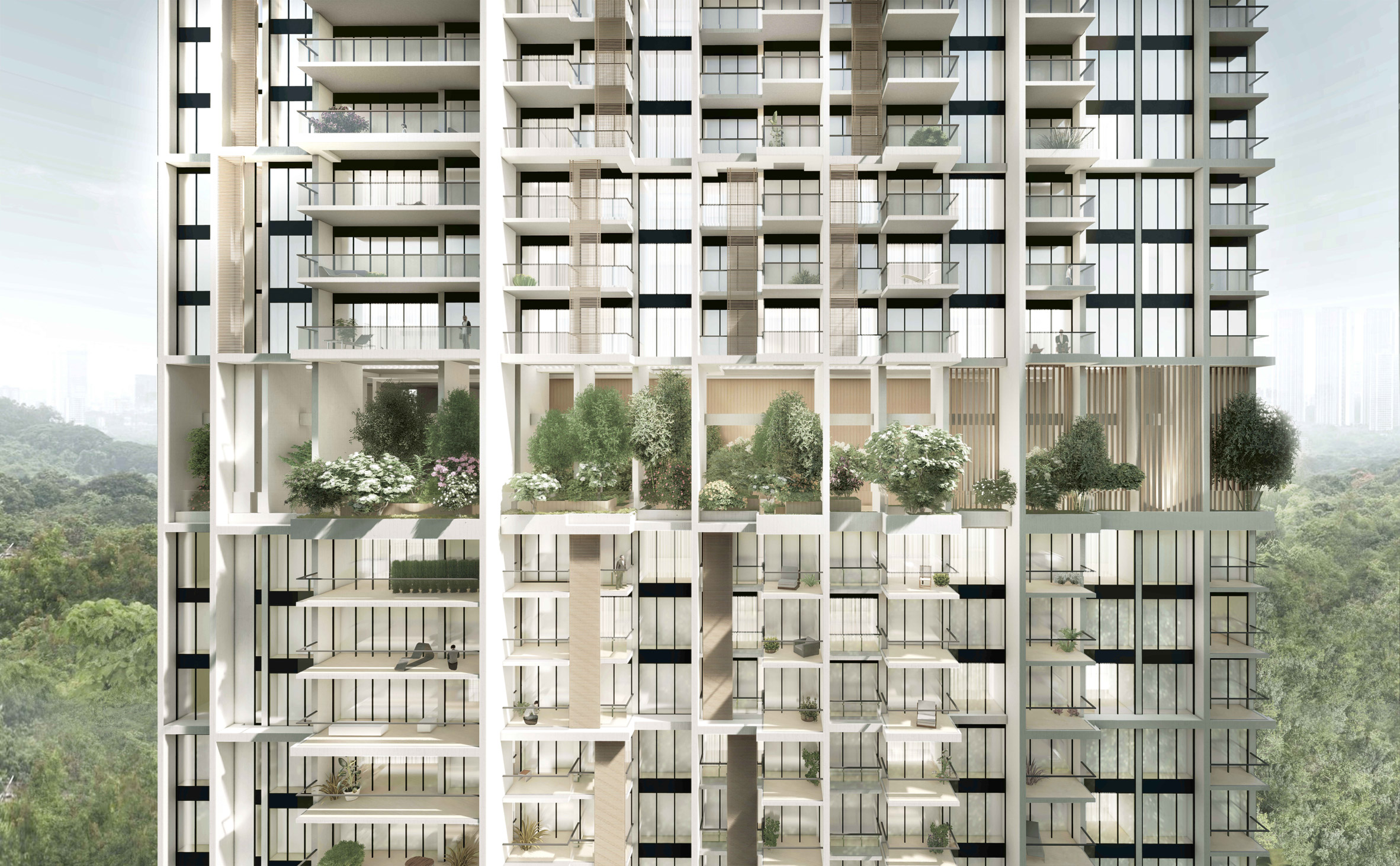 Large amounts of prefabrication had to be used for the skyscraper as the government had determined that PPVC had to be used on the site where the Avenue South Residences will be built.

“To raise construction productivity and fundamentally change the design and construction processes, the industry is encouraged to embrace the concept of Design for Manufacturing and Assembly (DfMA), where construction is designed and detailed for a substantial portion of work to be done off-site in a controlled manufacturing environment,” said Hann.

“The site of Avenue South Residence was selected and set a minimum level of use of PPVC, where this align with government’s initiative to improve construction productivity by up to 40 per cent in terms of manpower and time savings – depending on the complexity of the projects.” 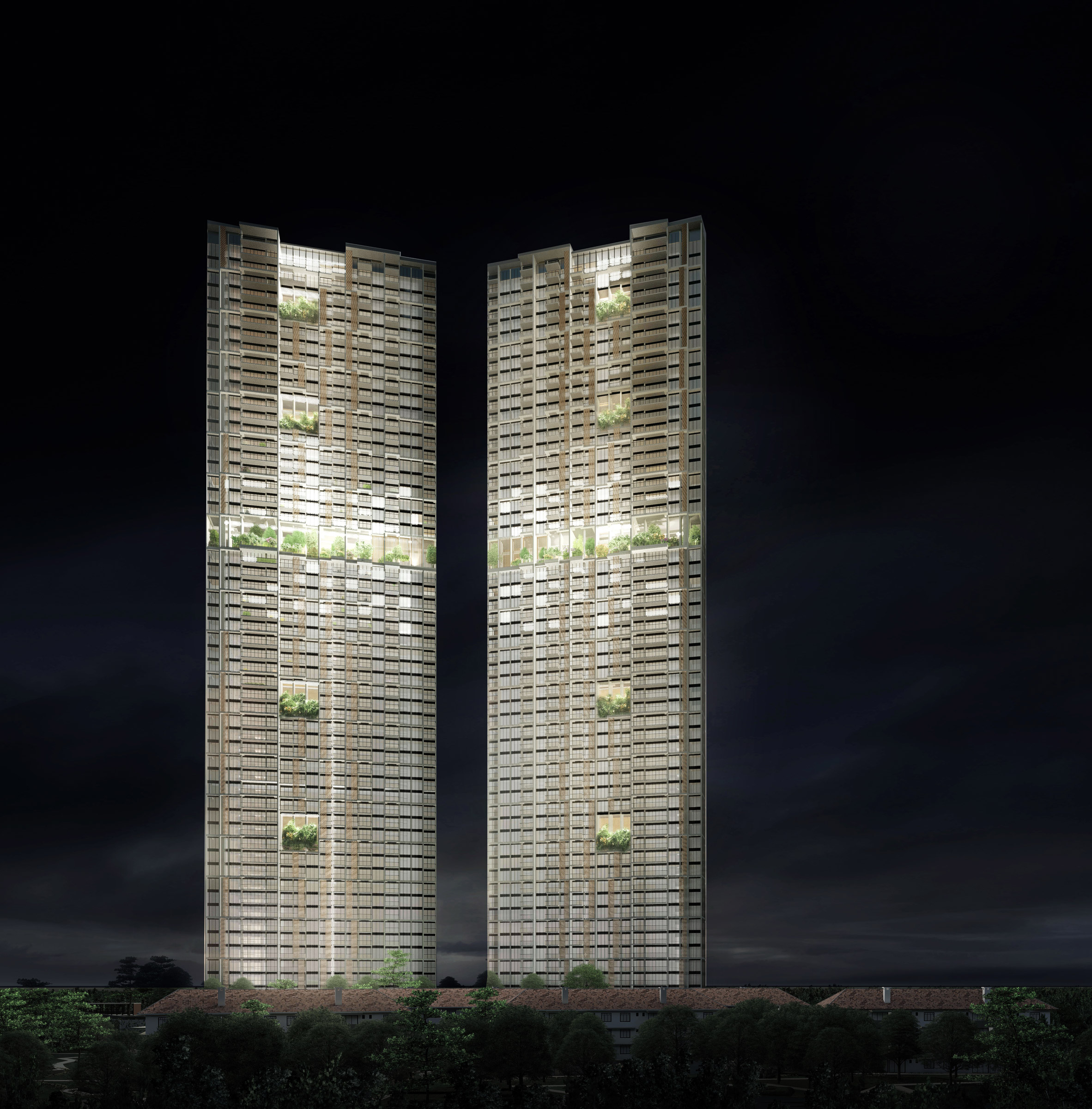 The architecture studio expects to see a variety of benefits for using prefabrication to construct the skyscraper over traditional methods.

“It will encourage a better construction environment as the bulk of the installation activities and manpower are moved off-site, it minimises dust and noise pollution and improves site safety,” explained Hann. 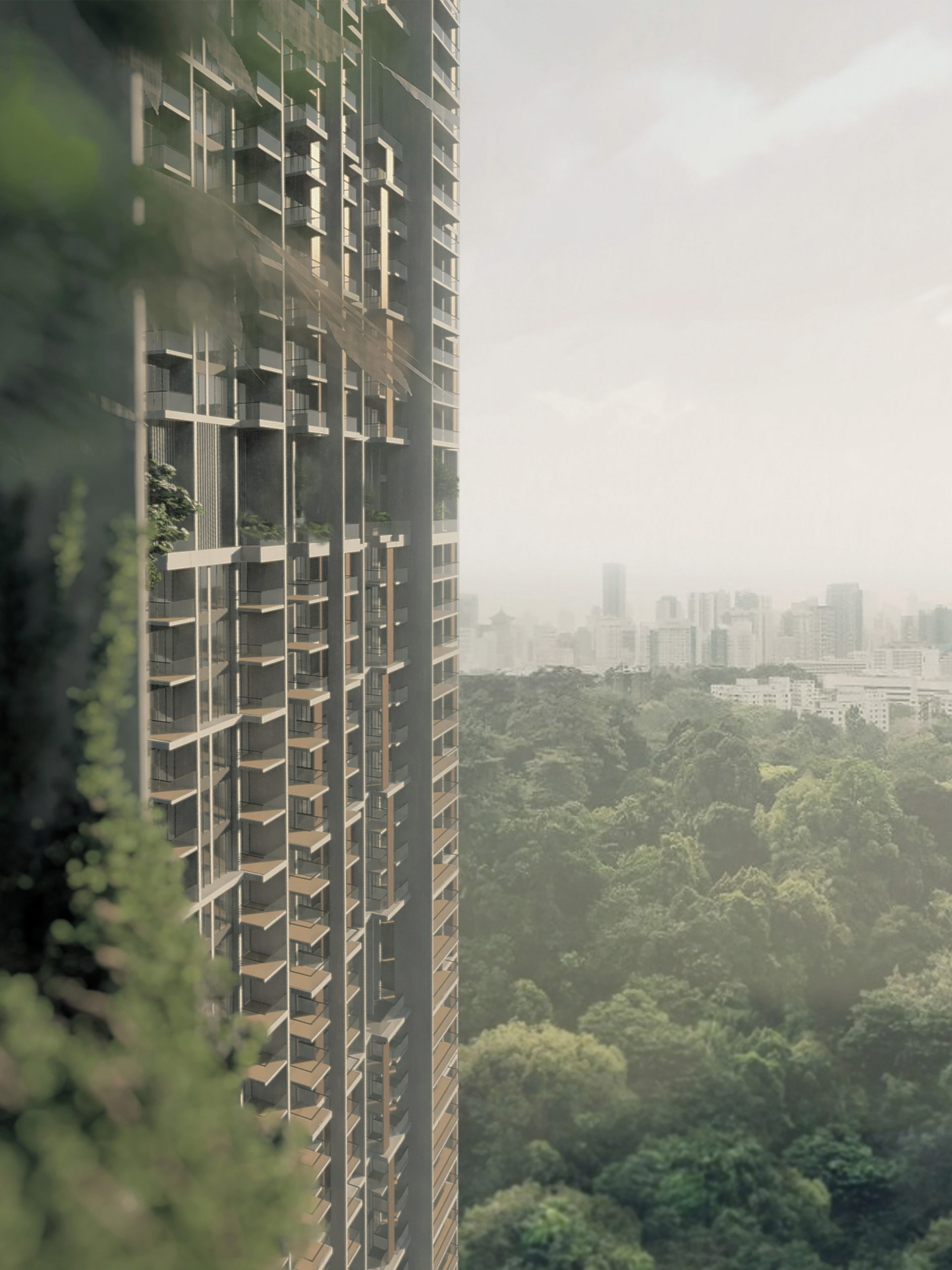 The prefabricated units will contain over 1,000 residences and be broken up by a series of 16 “pocket sky terraces” and larger communal terraces on the 19th and 36th storeys. 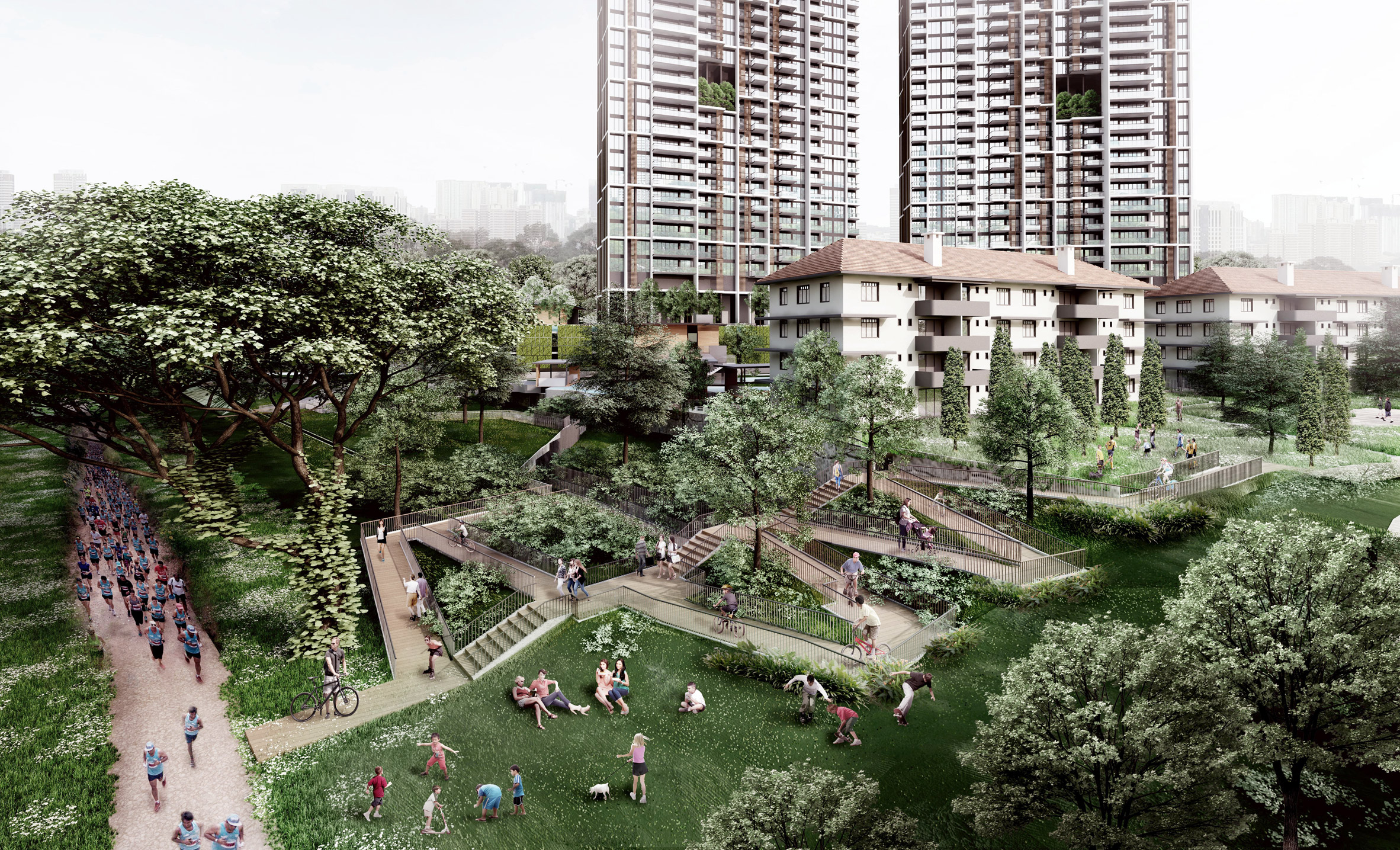 When the project completes in 2026 the towers will overtake another pair of residential buildings in Singapore – the 140-metre-high Clement Canopy built by Construction company Bouygues Bâtiment International as the world’s tallest prefabricated towers.

The post World’s tallest prefabricated skyscrapers set to be built in Singapore appeared first on Dezeen.