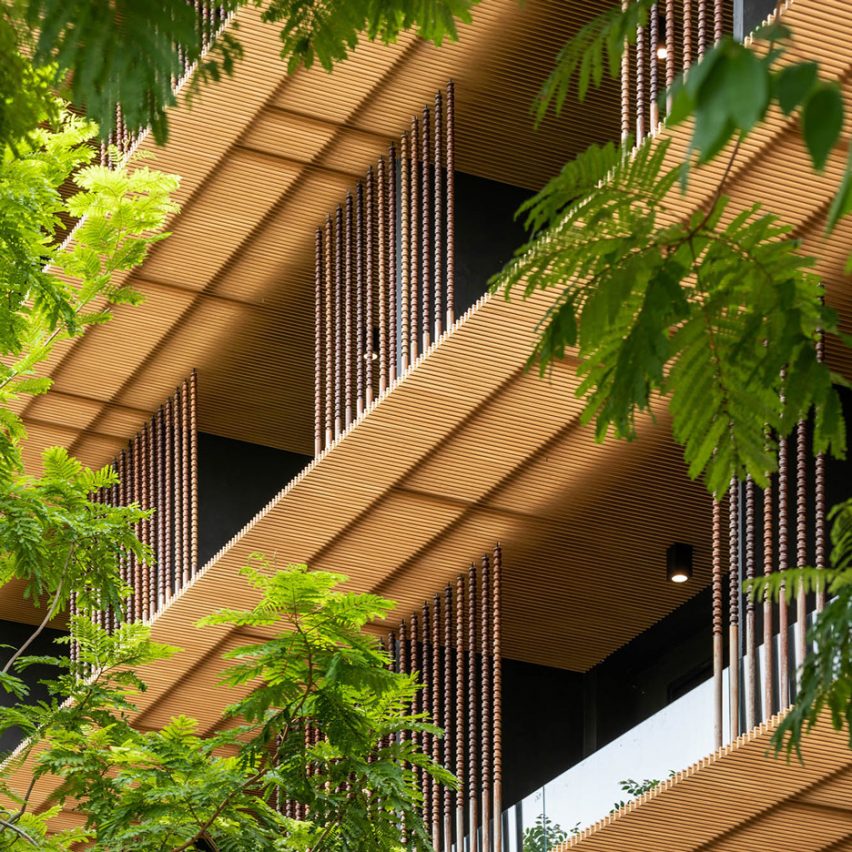 ACA Architects cantilevered rainscreens made of aluminium patterned to look like wood from a hotel at the Dor-Shada Resort on the coast of Thailand as part of a modern makeover.

The Bangkok-based architecture practice updated the five-storey hotel building for a client took that wanted to appeal to a younger clientele.

“Lightness is the main idea we wanted to deliberately explore during our design process to restore the 10-year-old bulky concrete building to become lighter and more in harmony with the surrounding nature,” said ACA Architects. Rainscreens project horizontally from each level, forming a roof to the modernised balconies on each floor, extending further to give the hotel block an arresting profile.

The facade additions are practical too. The hotel block is orientated in a way that means one side of the guest rooms receives direct sunlight in the summer, heating up the rooms. Storms also lash the building during the rainy season. 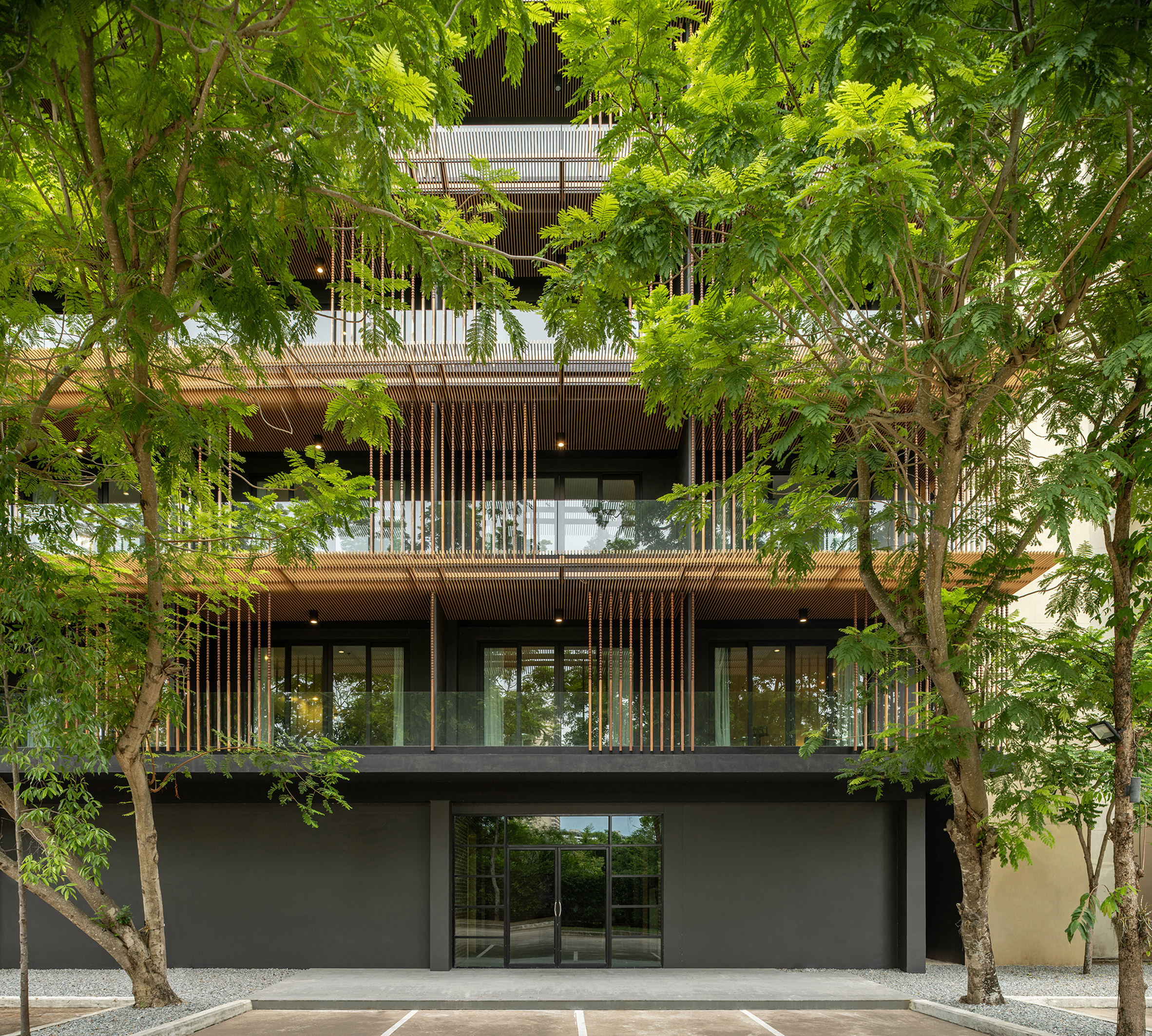 ACA Architects painted the concrete black to contrast with the metal elements, which look like wood but are lighter and stronger.

Real timber features on the modern balconies, which have been given a traditional twist with a half screen of wooden poles. 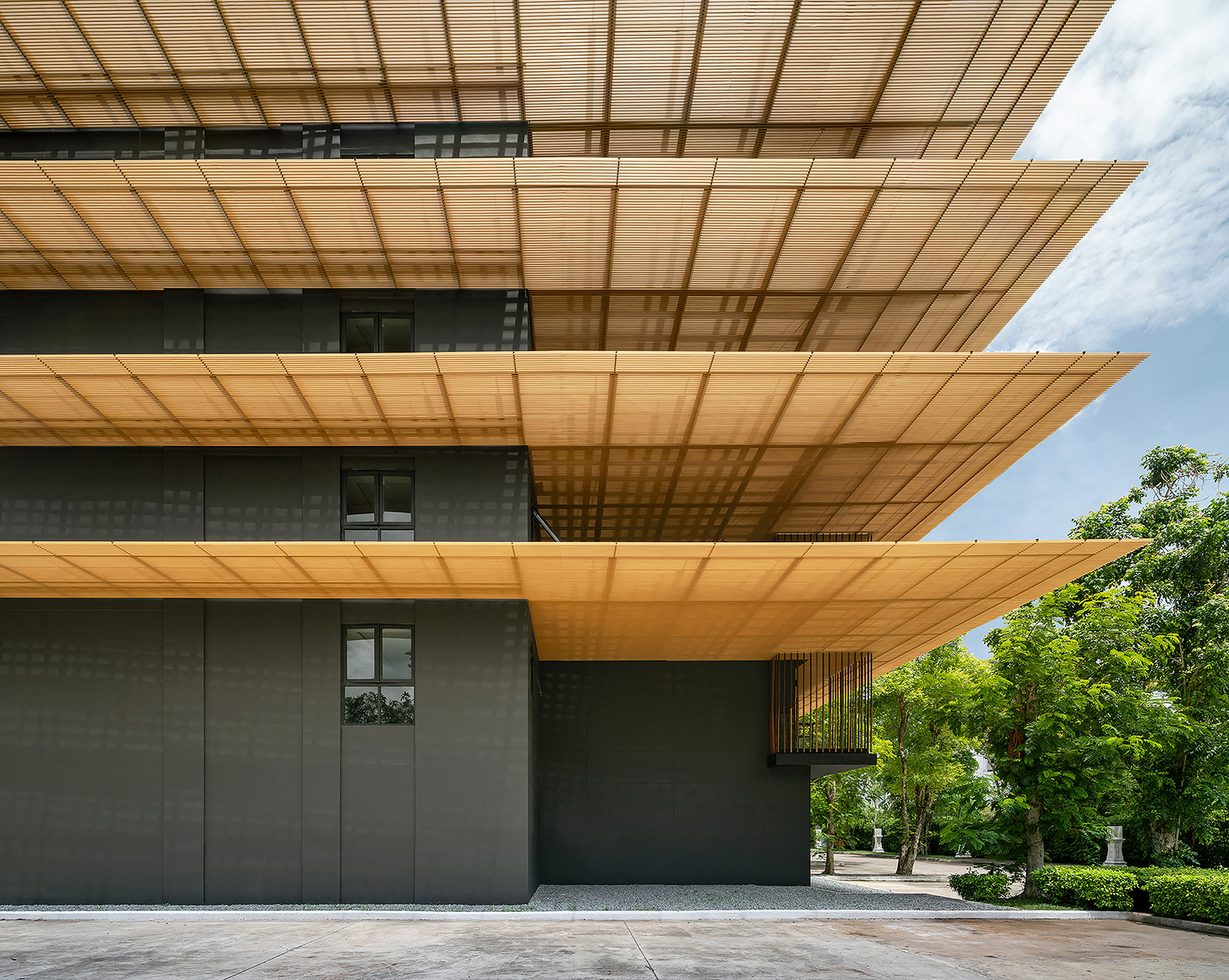 “The vertical screens in front of the room balcony are made from lathe timber with Thai internode pattern by using traditional woodturning techniques,” said ACA Architects. “All of them were made by local villagers.”

Glass balustrades fence off the balconies, which have been changed from a dated bay style to a more modern box shape with unobstructed views. Having a more open balcony style allows sea breezes to reach the rooms, and the sunlight dappling through the horizontal and vertical screens creates dappled shade in the rooms.

Creating a more intimate connection with the surrounding natural environment in this way was a key part of the project, said ACA Architects. 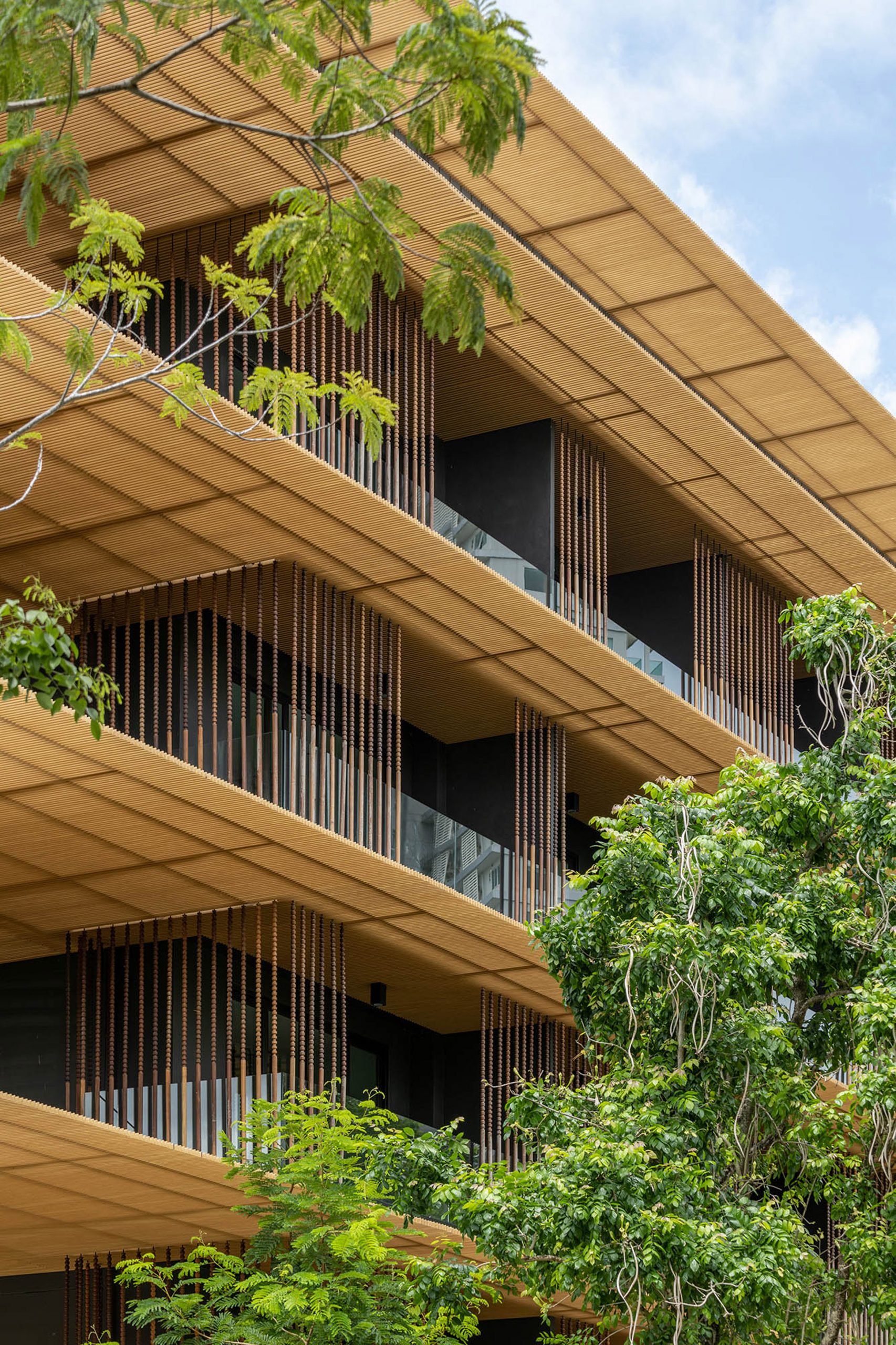 “As the strong selling point of the Dor-Shada resort is its Thai design characteristics, along with the composition of Thai-style buildings, our designing team decided to keep the accent of ‘Thainess’ and combined it with modern architectural design,” explained the studio.

“The interpretation of ‘Thainess’ does not have to come from the Thai gable roofline or golden graceful decorations but from emphasizing the sense of space, lightness, a delicacy in detail, and harmony with nature.” 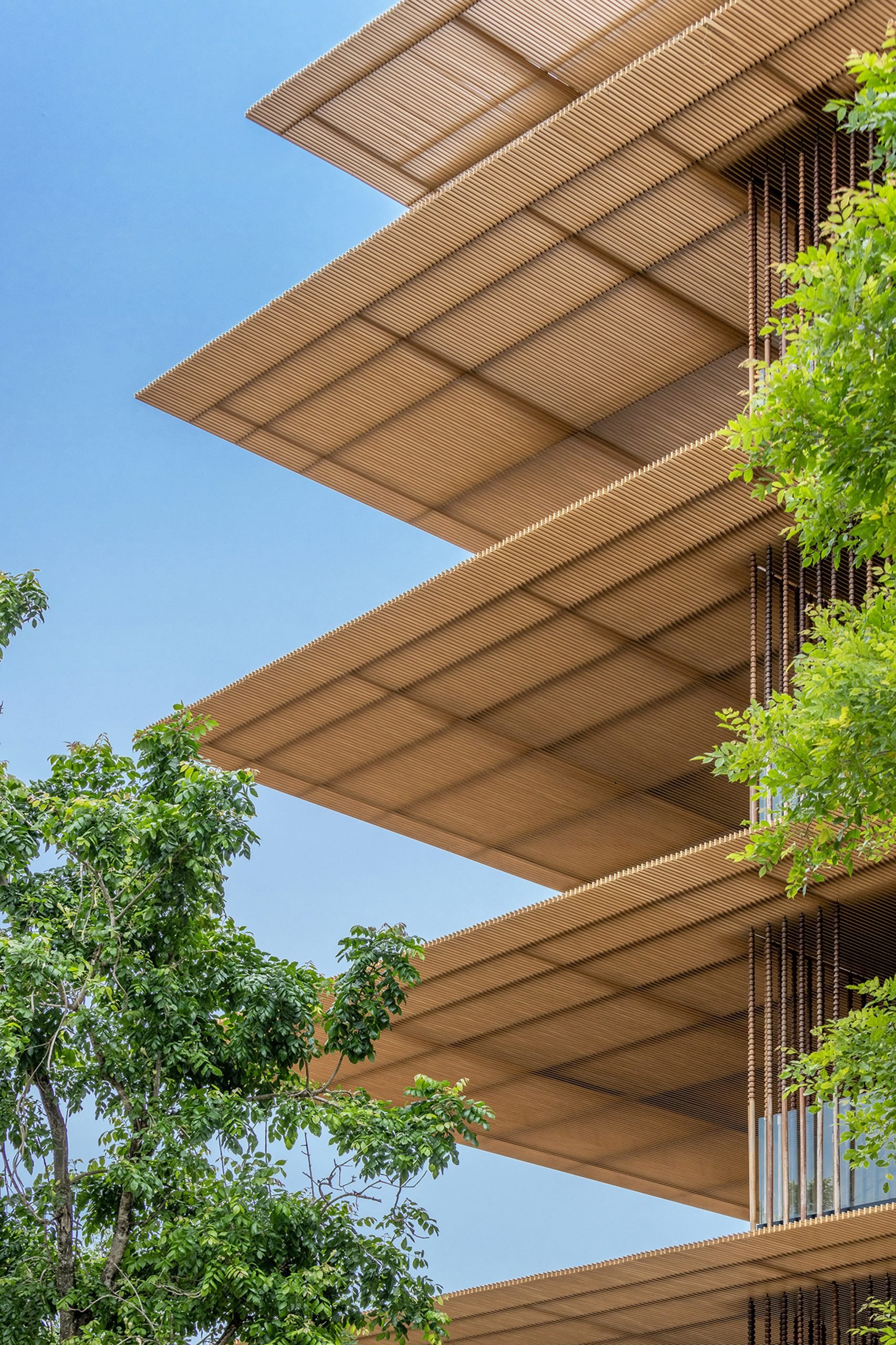 ACA Architects was founded in 2017 by Anon Chitranukroh and is based in Bangkok.

More Thai projects with interesting facades include a house extension covered in a steel grid filled with olive trees and a house covered in moveable timber shutters.

Photography is by DOF Sky|Ground.