Home/Burberry and Tencent collaborate on interactive WeChat shop in Shenzhen

Burberry and Tencent collaborate on interactive WeChat shop in Shenzhen 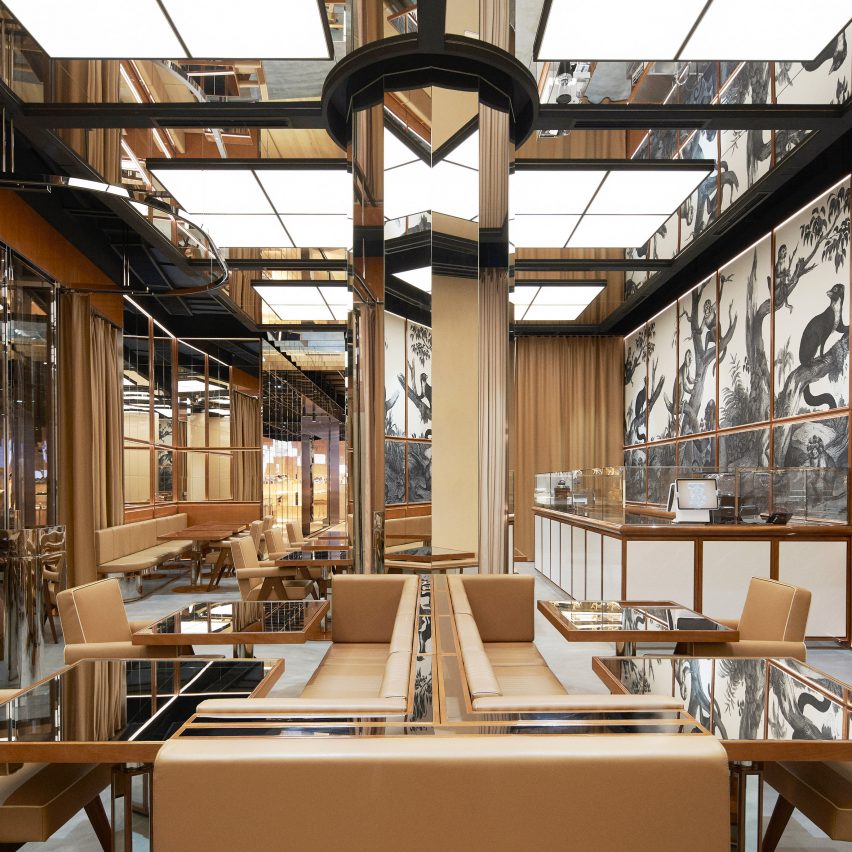 Visitors to Shenzhen’s Burberry flagship store can use Tencent‘s WeChat app to interact with the window display and play their own music in fitting rooms. 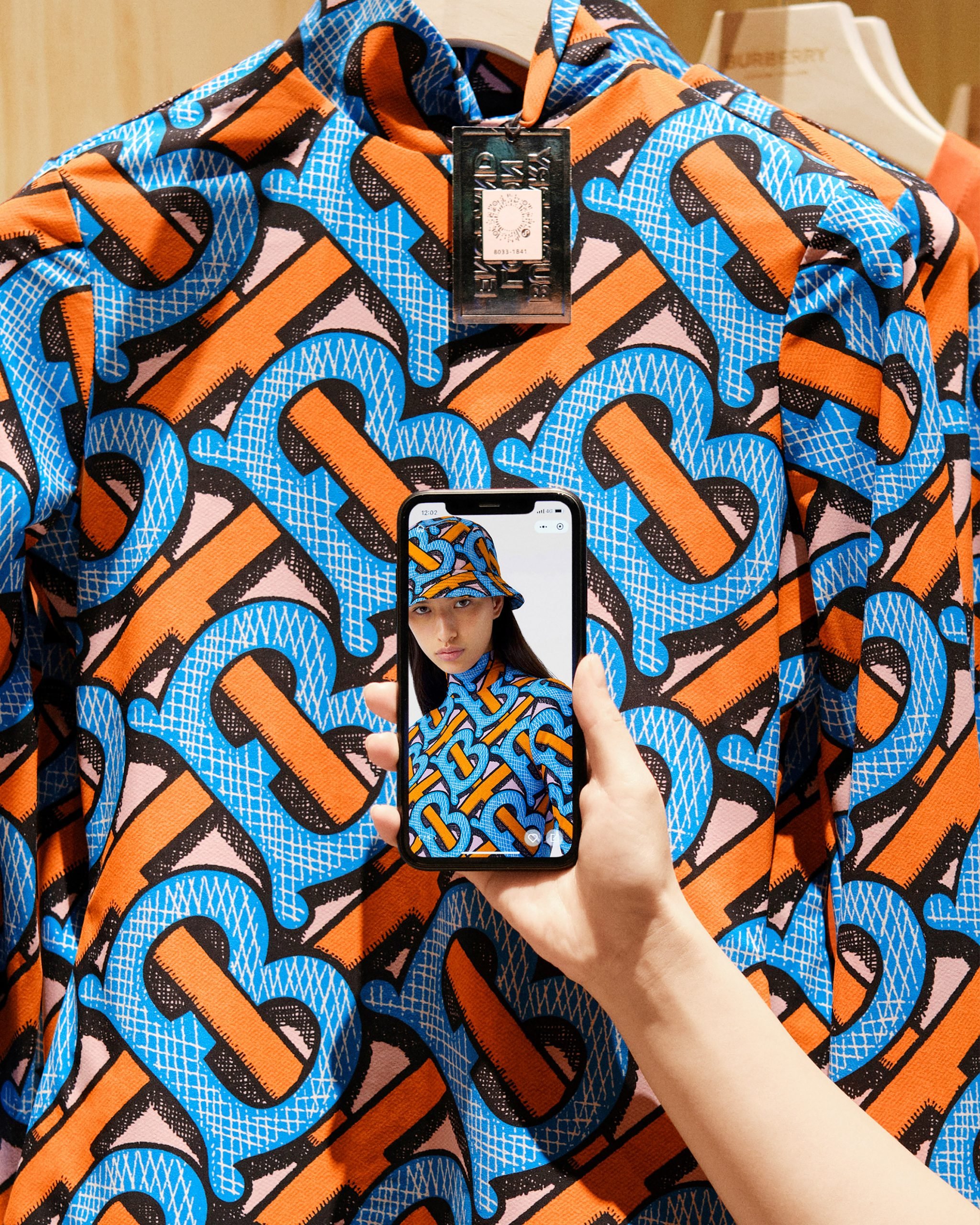 Shoppers use WeChat, a Chinese messaging and social media app, to engage with the shop in Shenzhen’s MixC development.

Tencent and Burberry have produced a custom mini program that is unlocked via WeChat. Users create a profile and are given a digital avatar in the form of a cartoon fawn that hatches from an egg. 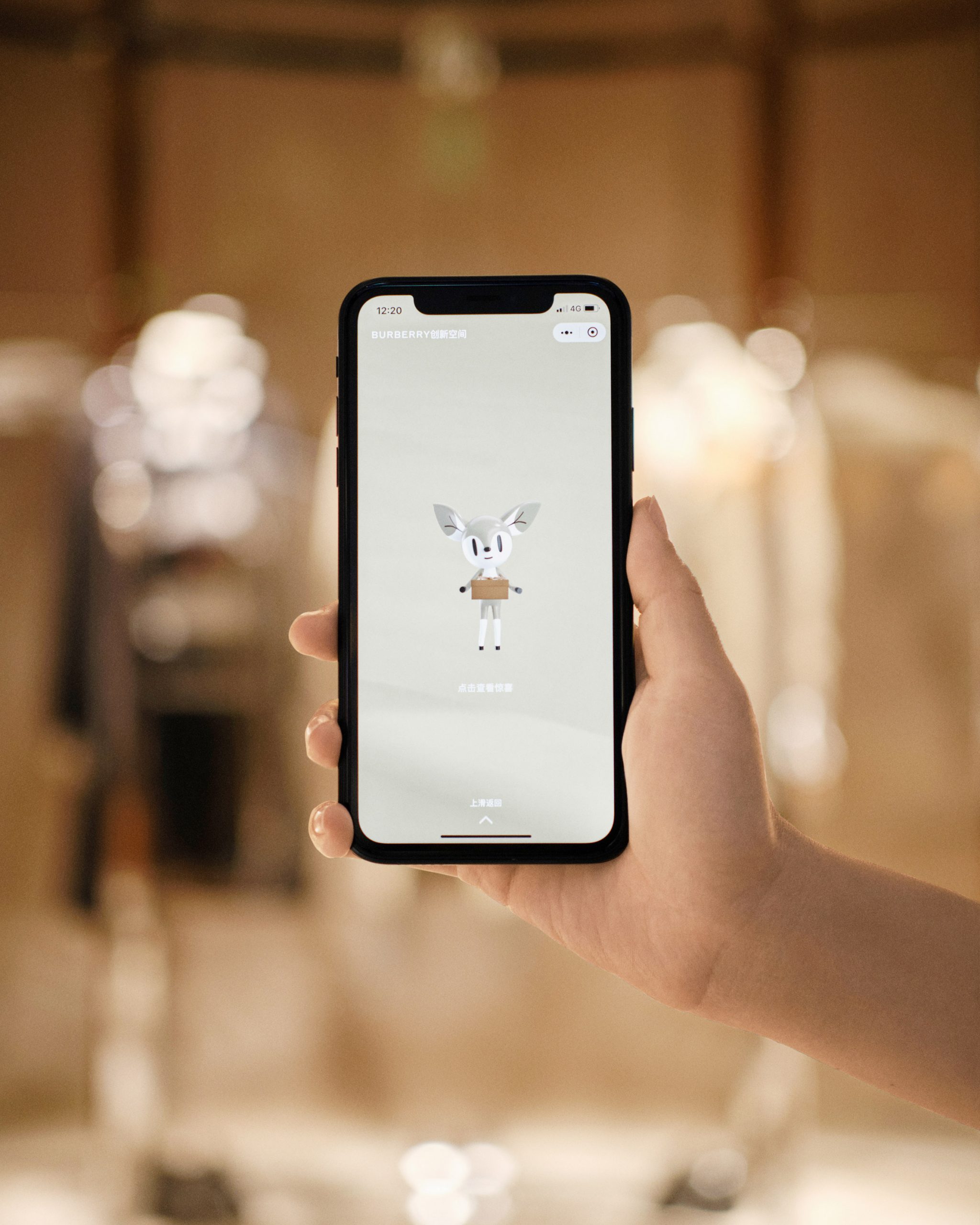 Through the app, shoppers can book one of the three themed fitting rooms, pre-select the clothes and play their own music while they try them on. They can also use this program to book a table at the in-house cafe and make appointments with stylists and other services.

To encourage engagement, the program has a rewards system to earn “social currency” that unlocks custom content, such as new characters and outfits for the animal avatar and exclusive dishes on the cafe menu. 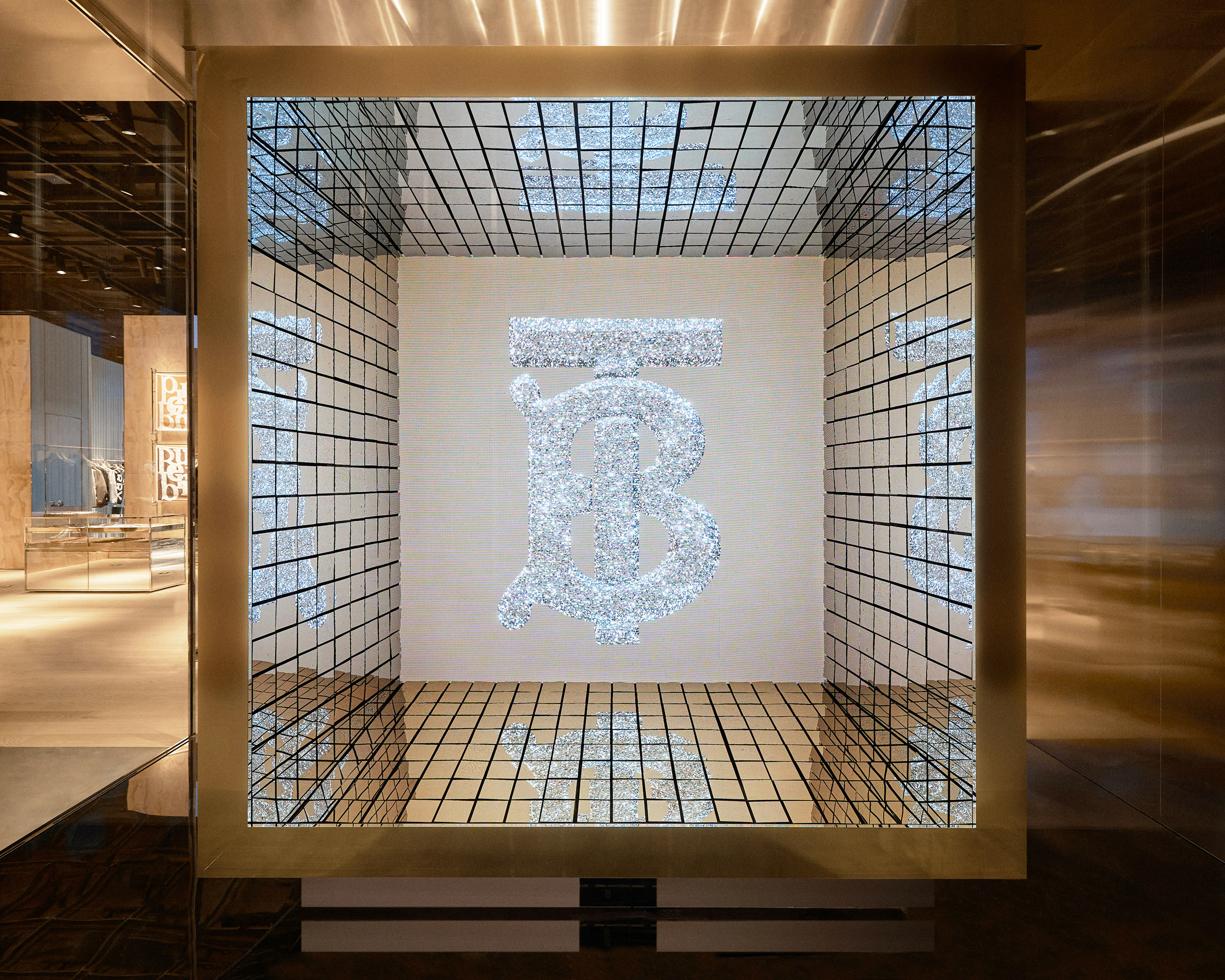 All the products have QR codes, which can be scanned to display more information and visual hints for styling the project – and give the user more points for unlocking content.

The interactive window display is currently a sculptural recreation of the runway for Burberry’s Autumn Winter 2020 show. Mirrors and screens capture the movement of people as they interact with it, which users can capture and share with their phones. 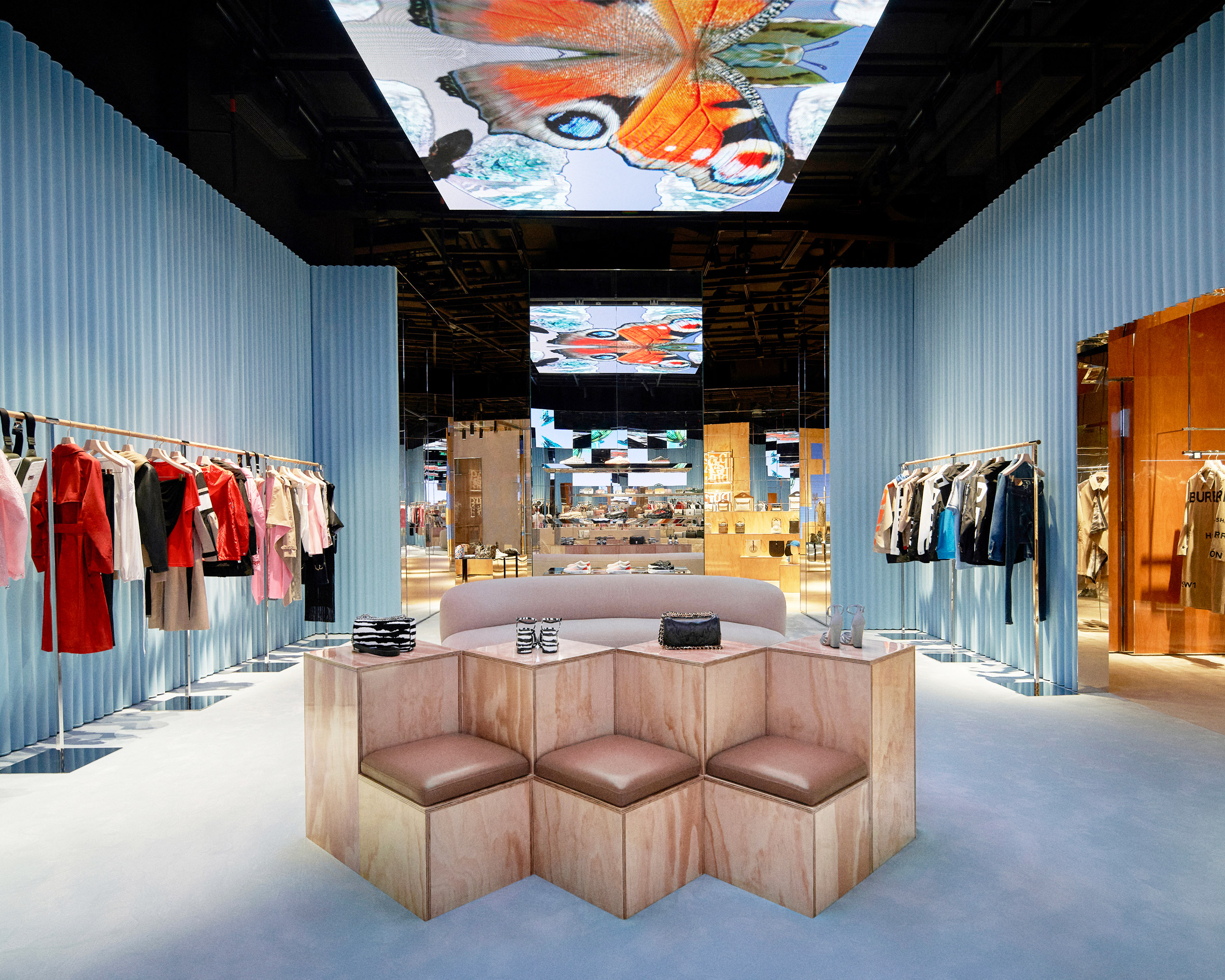 “Social media is an increasingly important part of the customer journey and the interaction between social media and physical surroundings is ever more seamless,” said Burberry senior vice president of digital Mark Morris.

“Our social retail store in Shenzhen is our response to this. It is a space where the social and physical worlds merge, taking interactions from social media and bringing them into the physical retail environment,” he told Dezeen.

“The tech we use in the store is intended to provide a seamless journey that augments customers’ online and instore life. Therefore, this is not a tech store, but a beautiful luxury store augmented by technology.” 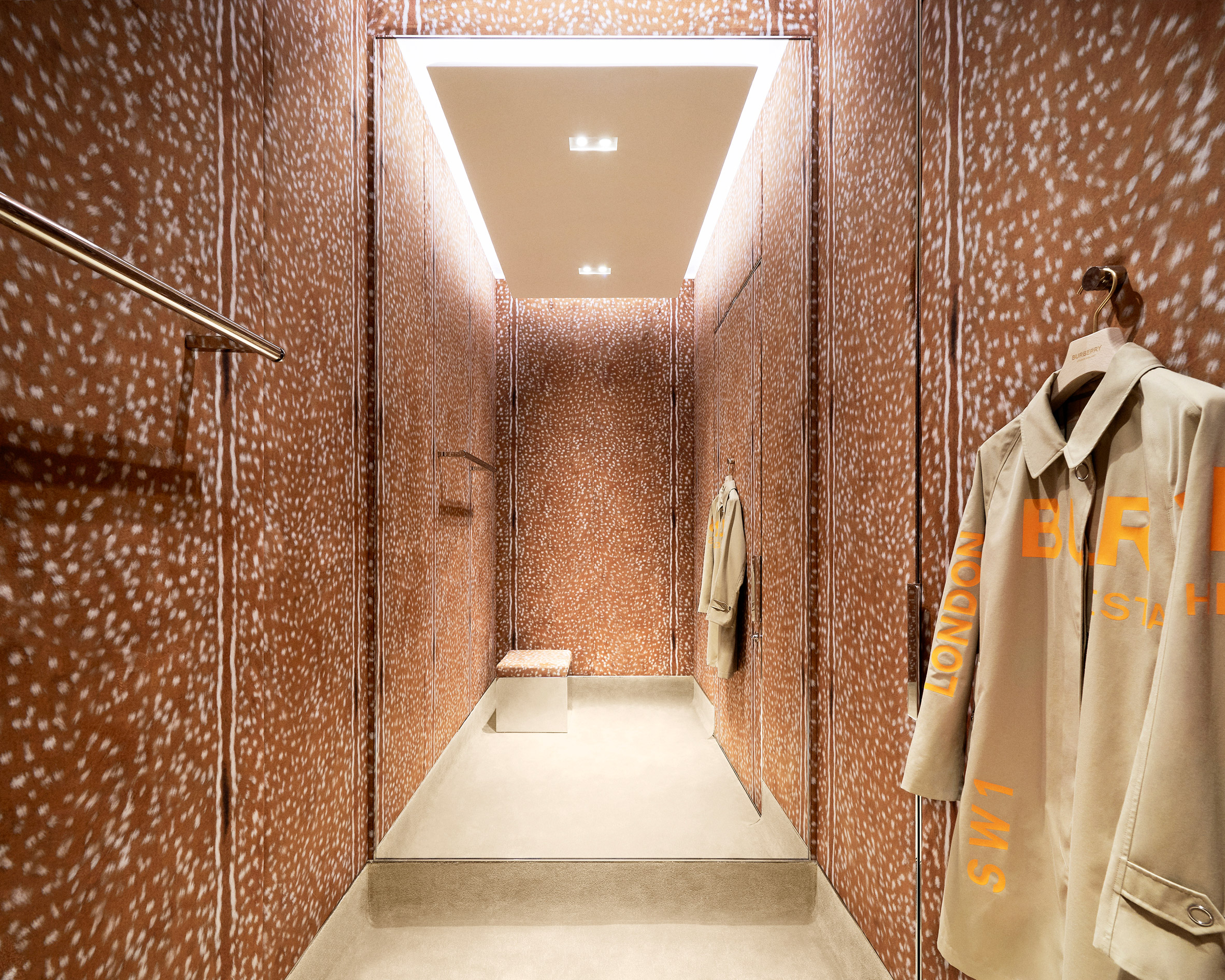 Burberry chief creative officer Riccardo Tisci turned to the brand’s archive to create a visual look for the themed rooms that correspond to the digital platform.

The Italian fashion designer used the Thomas Burberry Monogram and the fashion house’s fawn print as a recurring motif – the latter being the inspiration for the WeChat avatar too. 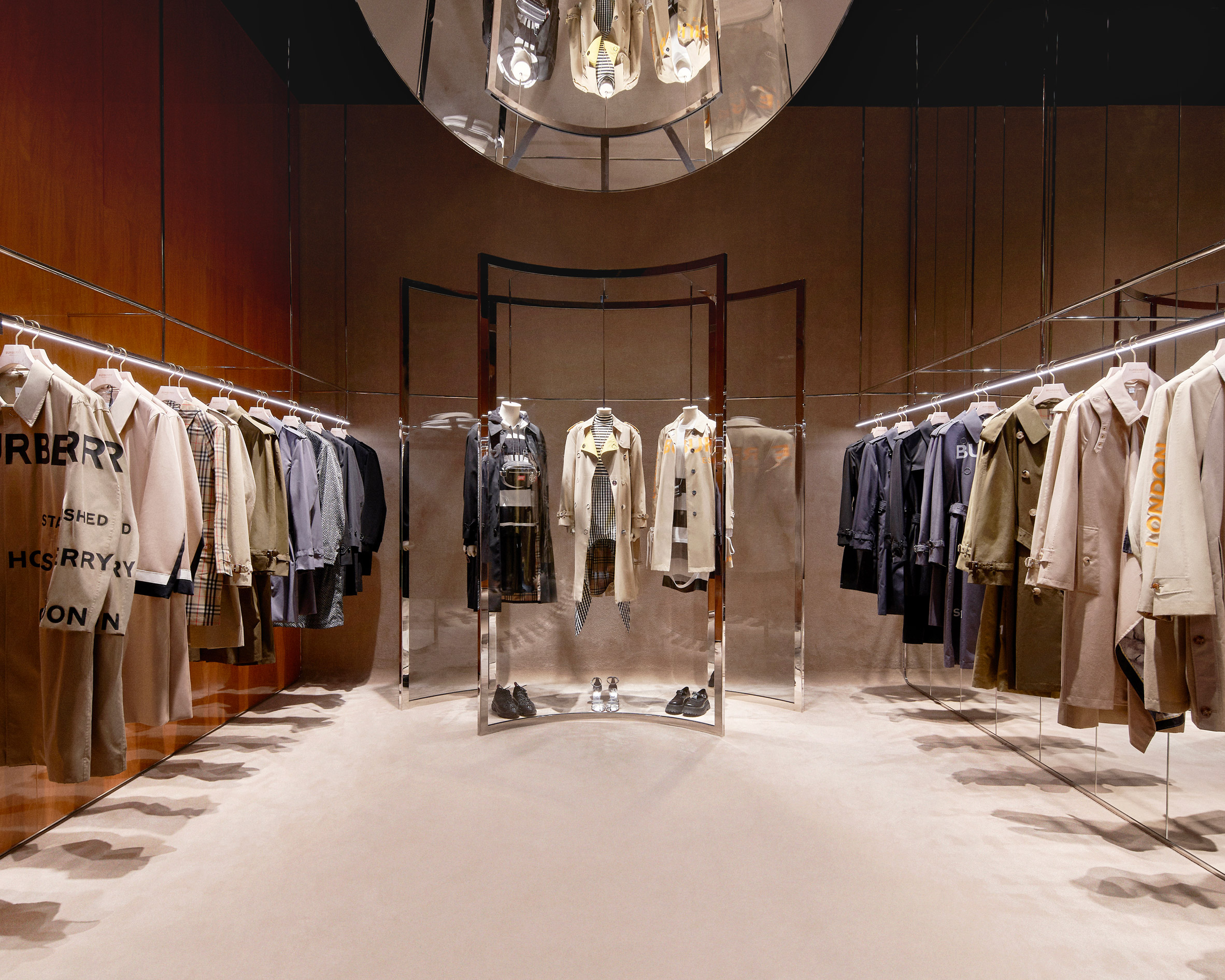 Furnishings, fixtures and plinths throughout the store are made from plywood and mirrors. Tisci used a palette of beige, pistachio, pink and blue throughout the 10 rooms in the shop, each of which has a different theme.

The three bookable fitting rooms are decorated around the concept of Burberry Animal Kingdom, Reflections and the Thomas Burberry Monogram, and visitors can book their favourite via the app. 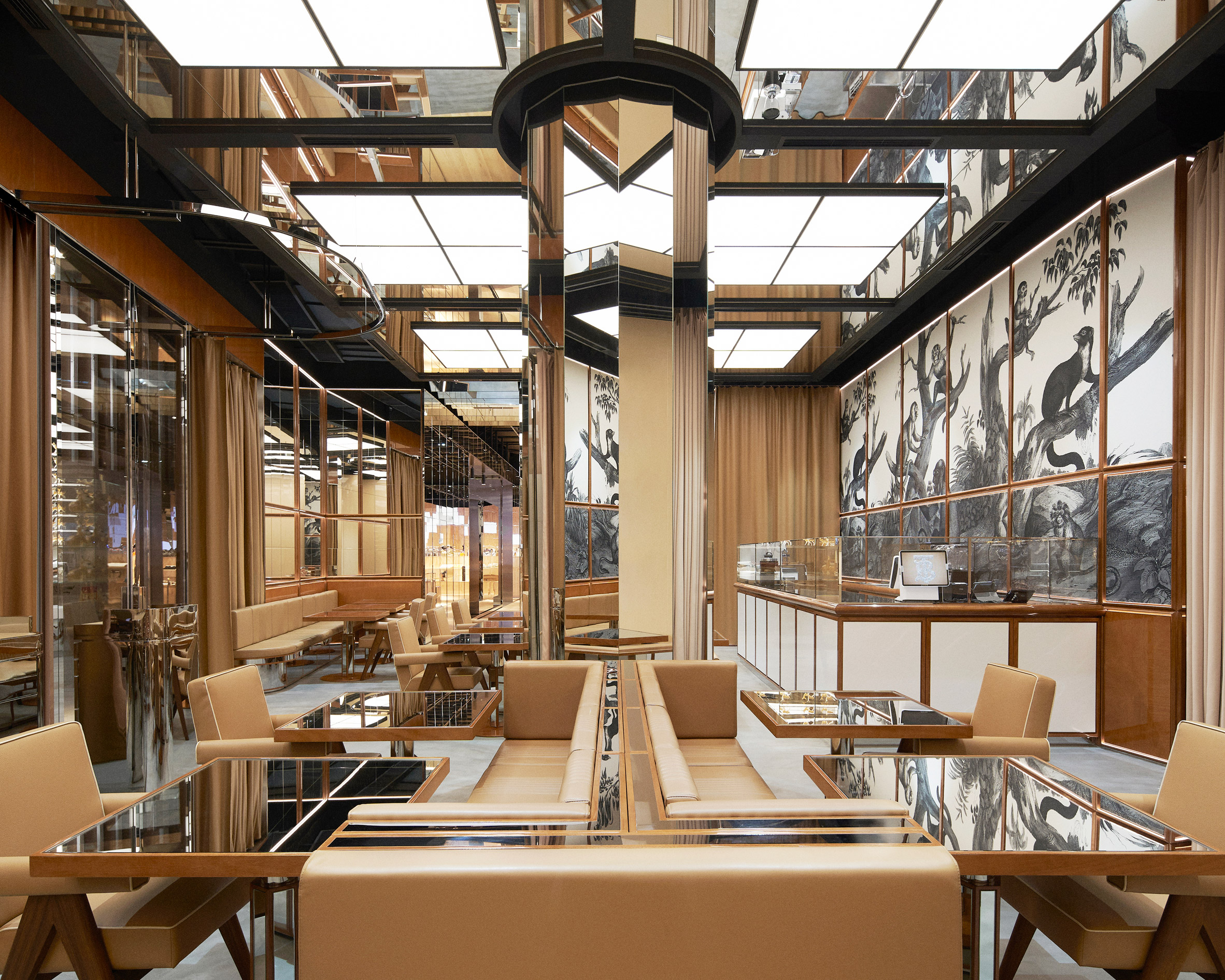 Thomas’ Cafe is decked out in high-gloss beige with chamfered mirrors, animal-patterned wall panels and layers of sandy-coloured curtains.

Even the tabletops are mirrored, creating a unique backdrop for diners to capture their meal for sharing on social media. 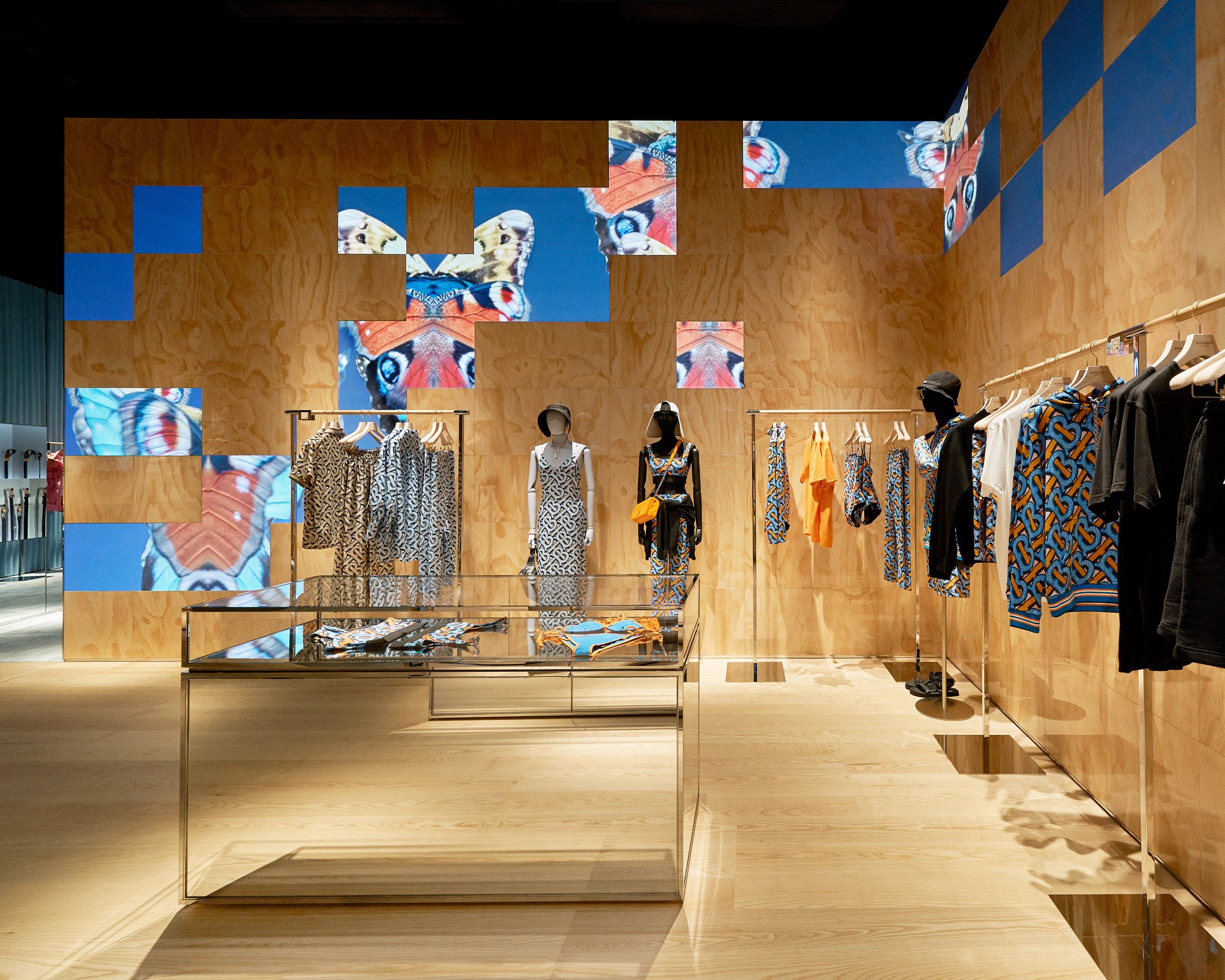 In the Trench Experience room, digital displays set in the plywood walls show moving images of nature in reference to the fashion brand’s founder, Thomas Burberry, who designed a waterproof trench coat for British troops in the first world war. This room has more opportunities for customers to unlock custom content.

“I am fascinated by the balance between nature and technology, and the energy that connects the two,” said Tisci.

“This store explores this relationship, blending the digital and the physical realms in an exciting new concept. I wanted to bring this love of the outdoors to life through all the elements of the store.” 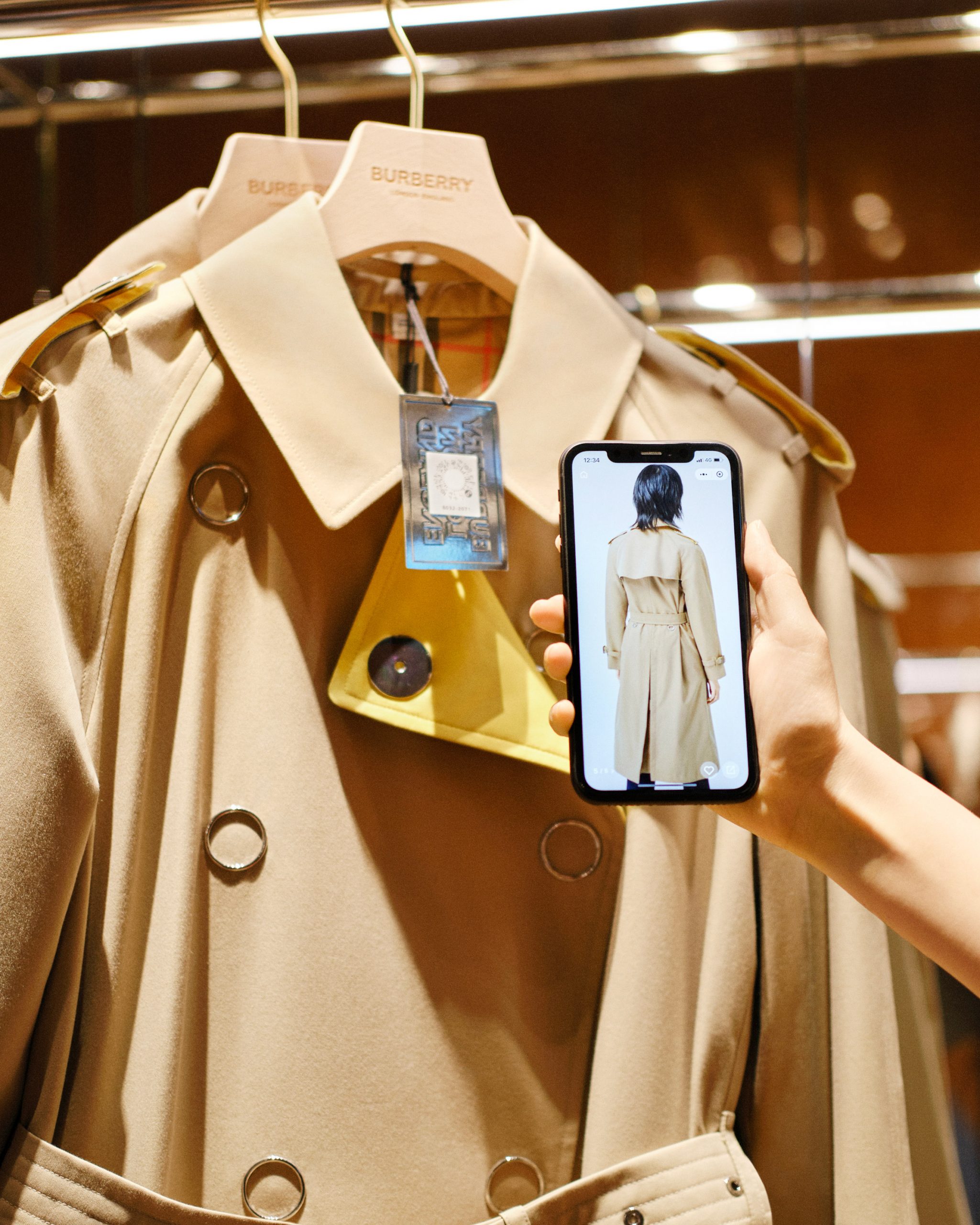 Burberry previously brought technology to its London shop, where it installed a robot that appeared to chisel sculptures out of polystyrene blocks.

Tencent recently opened its new headquarters in Shenzhen, a pair of towers designed by NBBJ joined by multiple bridges to encourage staff to meet and interact.

The post Burberry and Tencent collaborate on interactive WeChat shop in Shenzhen appeared first on Dezeen.