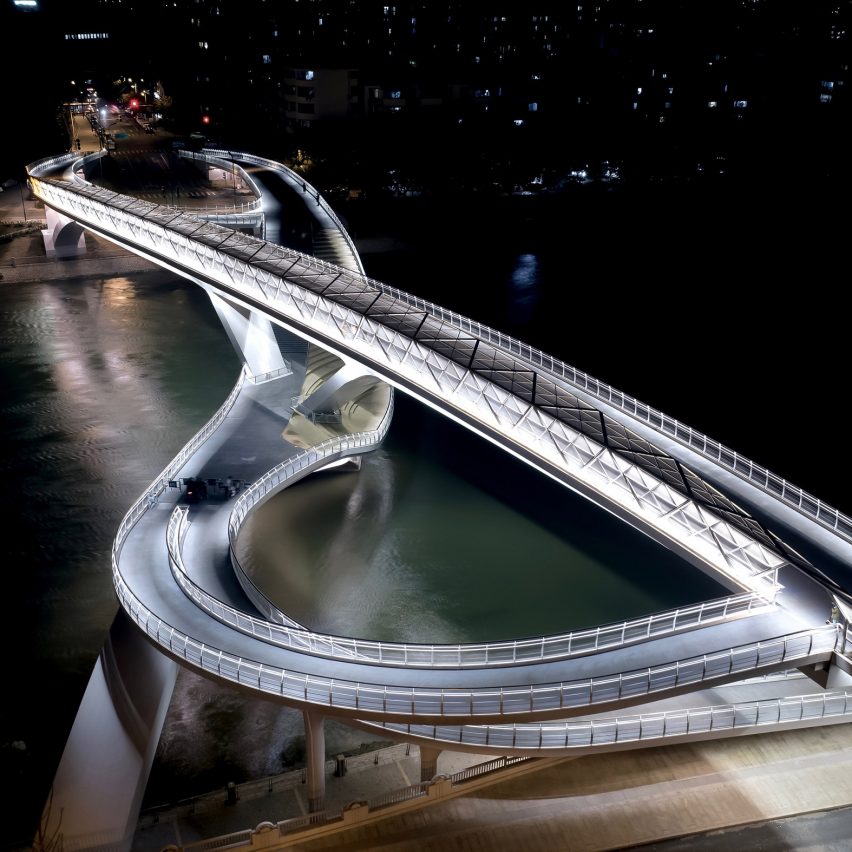 Berlin-based architects Tom Wünschmann, Achim Kaufer, Wei Cai and Philipp Buschmeyer and Chinese design institutes SADI and JDTM have created a bridge that offers a variety of routes across a river in Chengdu, China.

The design team created a continual walkable path within the Wuchazi Bridge as part of its aim to make the structure a recreational destination rather than a purely functional piece of engineering. 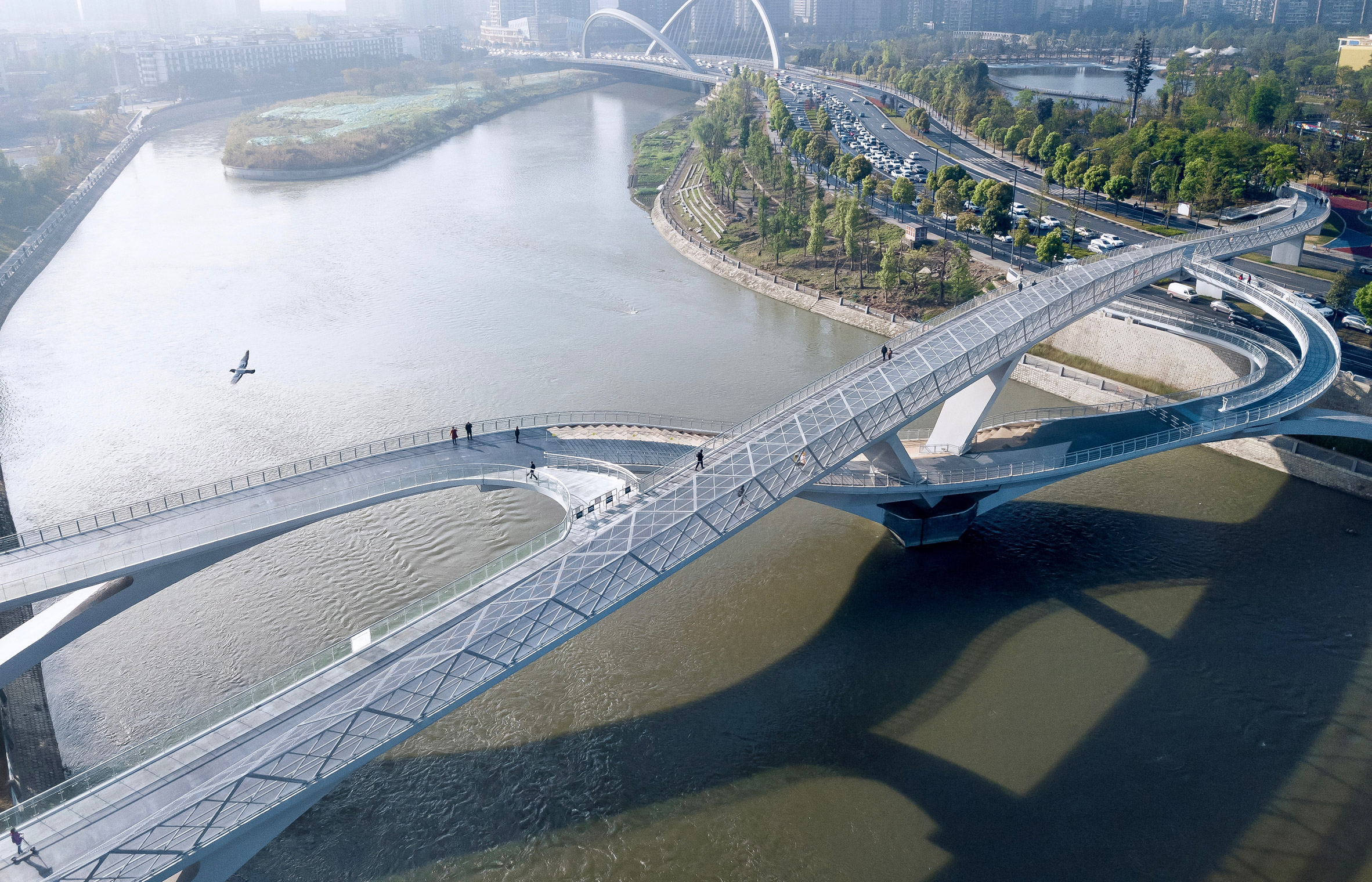 “Our aim was to develop a bridge that is more than a monofunctional infrastructural element,” Wünschmann told Dezeen.

“Together with the connecting shortcuts, an infinite meandering path can be walked without leaving the bridge, to experience all possible scenarios between nature and urban cityscape,” he continued. “In this way, the bridge becomes a recreational destination by itself.” 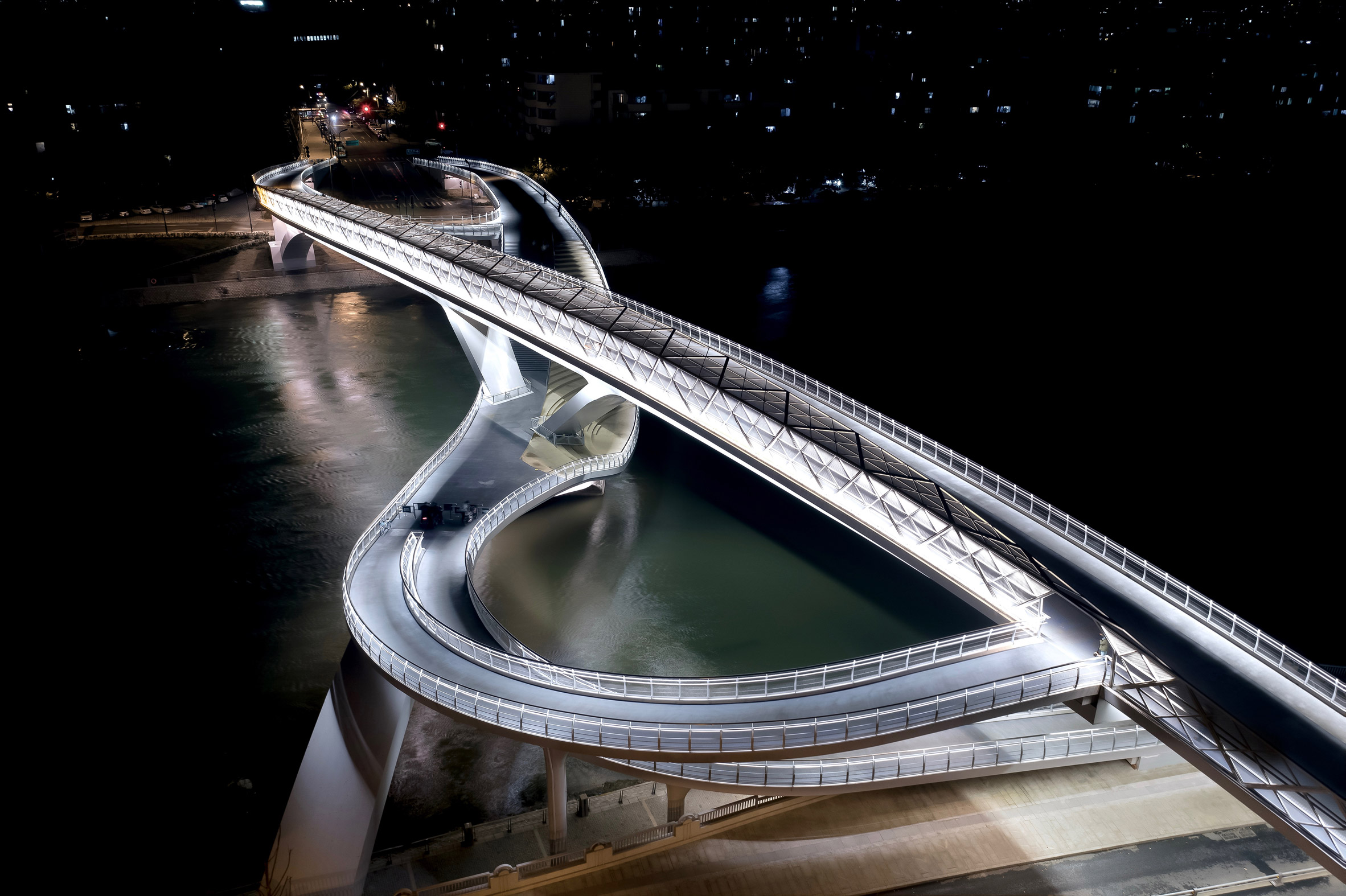 It connects the Century City New International Conference & Exhibition Center and riverside park with neighbouring residential areas and forms a figure of eight across the Fu Hé river. 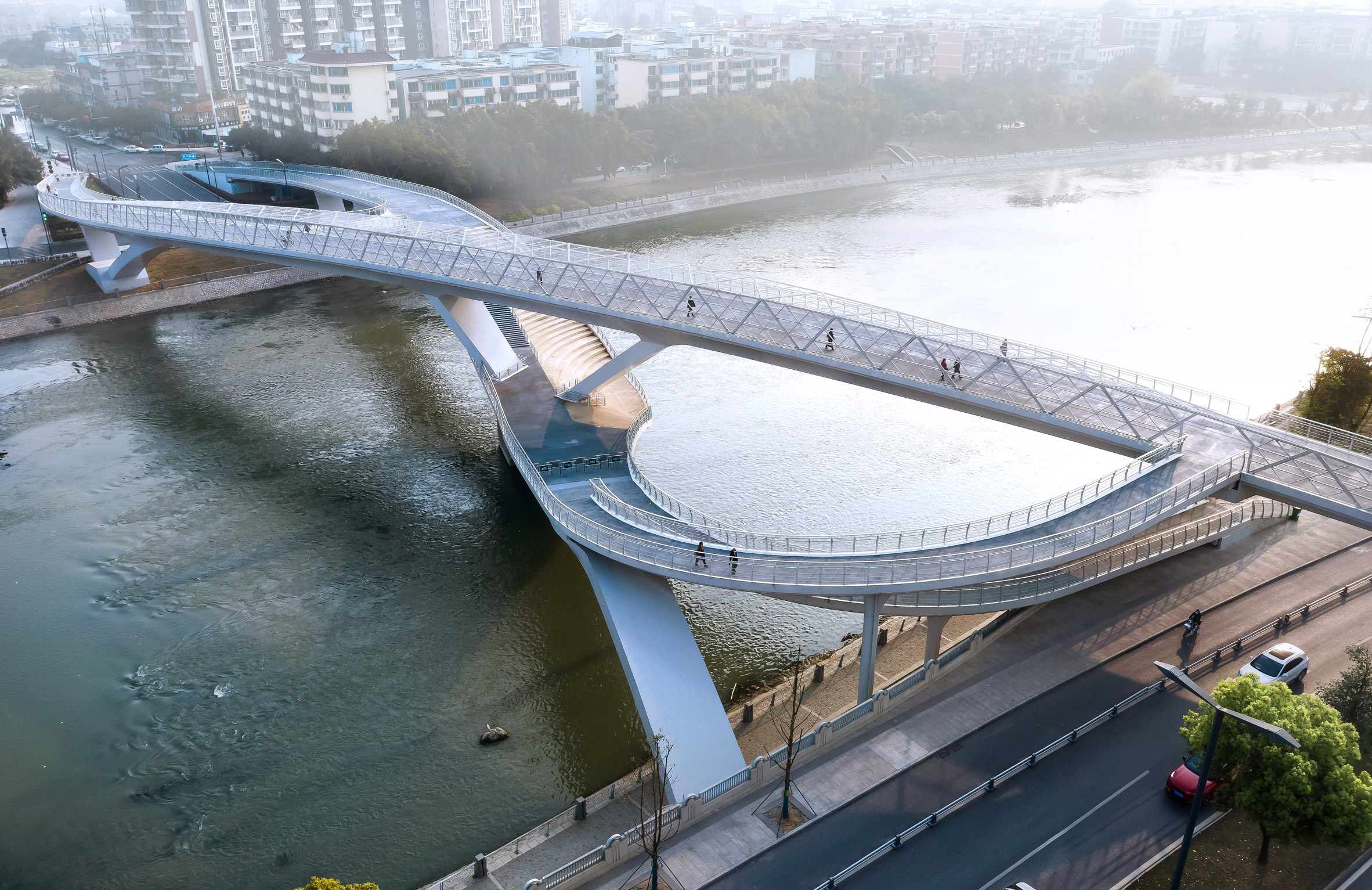 Wuchazi Bridge contains a variety of routes for pedestrians and cyclists to cross the river.

A direct, 240-metre long route for cyclists and pedestrians gently rises from the banks to a peak with near the centre of the river, while several curved ramps and a staircase create an interconnected route that dips below it.

“The routes are designed as a three-dimensional landscape with a barrier-free and fast cycle path – or a direct crossing  – with a panoramic view from a greater height above ground and a slow path for pedestrians, which is more intimate below ground and near the water, but both paths can be used freely by all users,” said Wünschmann.

The bridge’s form draws upon both traditional zigzag bridges found in China and the continuous loop of a Möebius strip.

“The form was developed out of paper models inspired on the one hand from the research into traditional Chinese zigzag bridges and their cultural significance and on the other hand by the interpretation of the Moebius strip as a continuous flow and structural system of short and long-spanning arcs that themselves form a landscape,” explained Wünschmann.

Within the lower route, the designers have incorporated several spaces to stop including a large south-facing seating area that stretches from the bridge’s lowest point up its main level.

The studio hopes that this, combined with the multiple routes, will mean that people spend more time on Wuchazi Bridge rather than solely using it as a crossing. 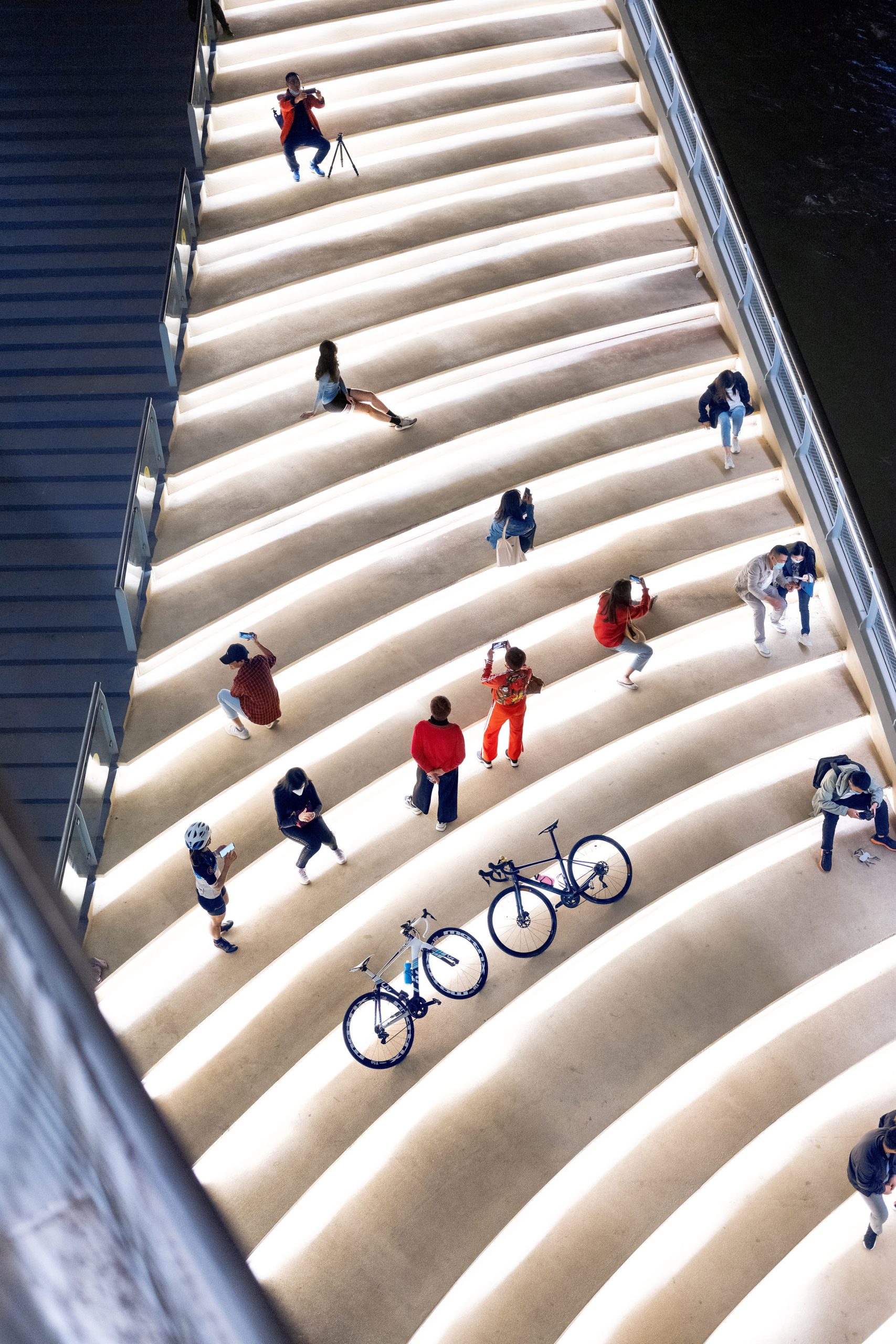 “The idea is to not just to cross the river as quickly as possible, but also to provide an opportunity to escape, stroll and relax for a moment or to meet and spend time with friends in a dense urban environment,” said Wünschmann.

“To this end, we have created an efficient hybrid, a place where people can come together, and a bridge that invites the usual fast user to take a break or a slightly slower detour, for which we have designed the space.” 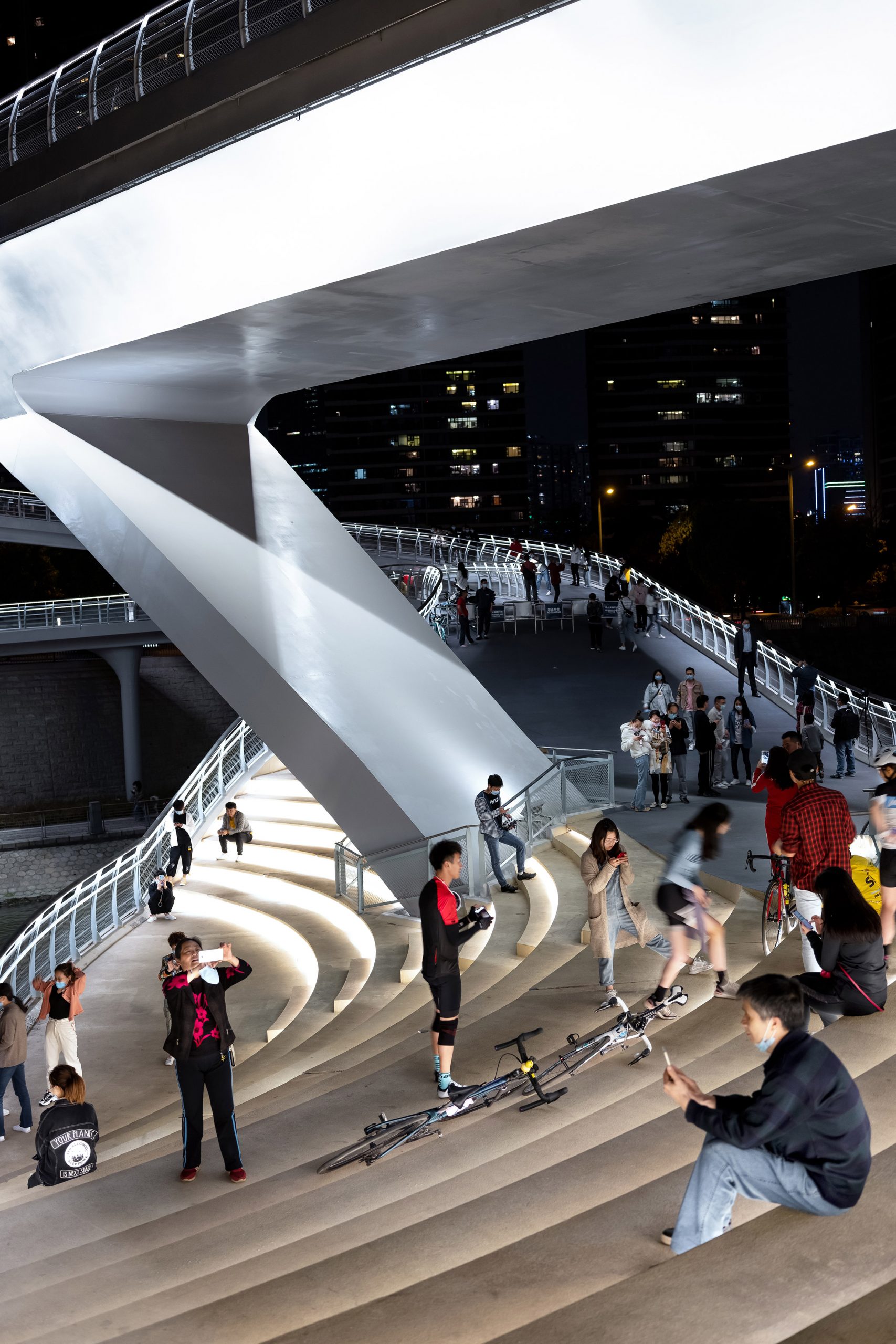 Other recently completed bridges in China include a pedestrian crossing that is also an art gallery in the city of Jishou designed by Atelier FCJZ and the world’s longest 3D-printed concrete bridge in Shanghai.

Photography is by Arch-Exist unless stated.