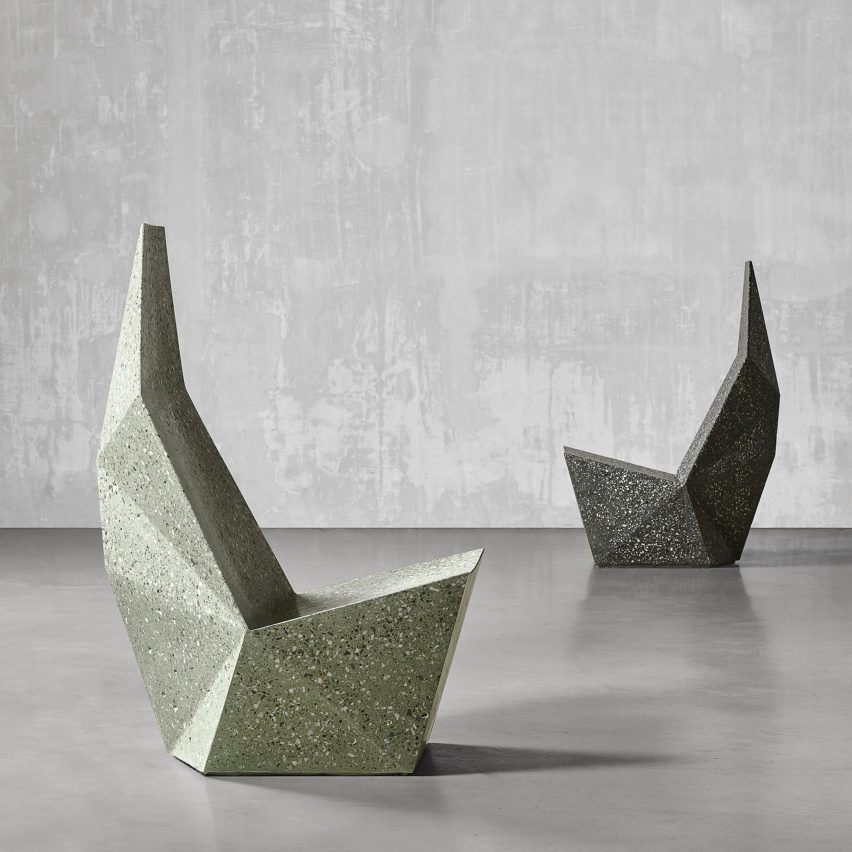 Often associated with toughness, concrete is an unusual material choice for furniture. But these six designs show how the material can be used for seating in a variety of forms including curved stools, puffy chairs and squashed benches. 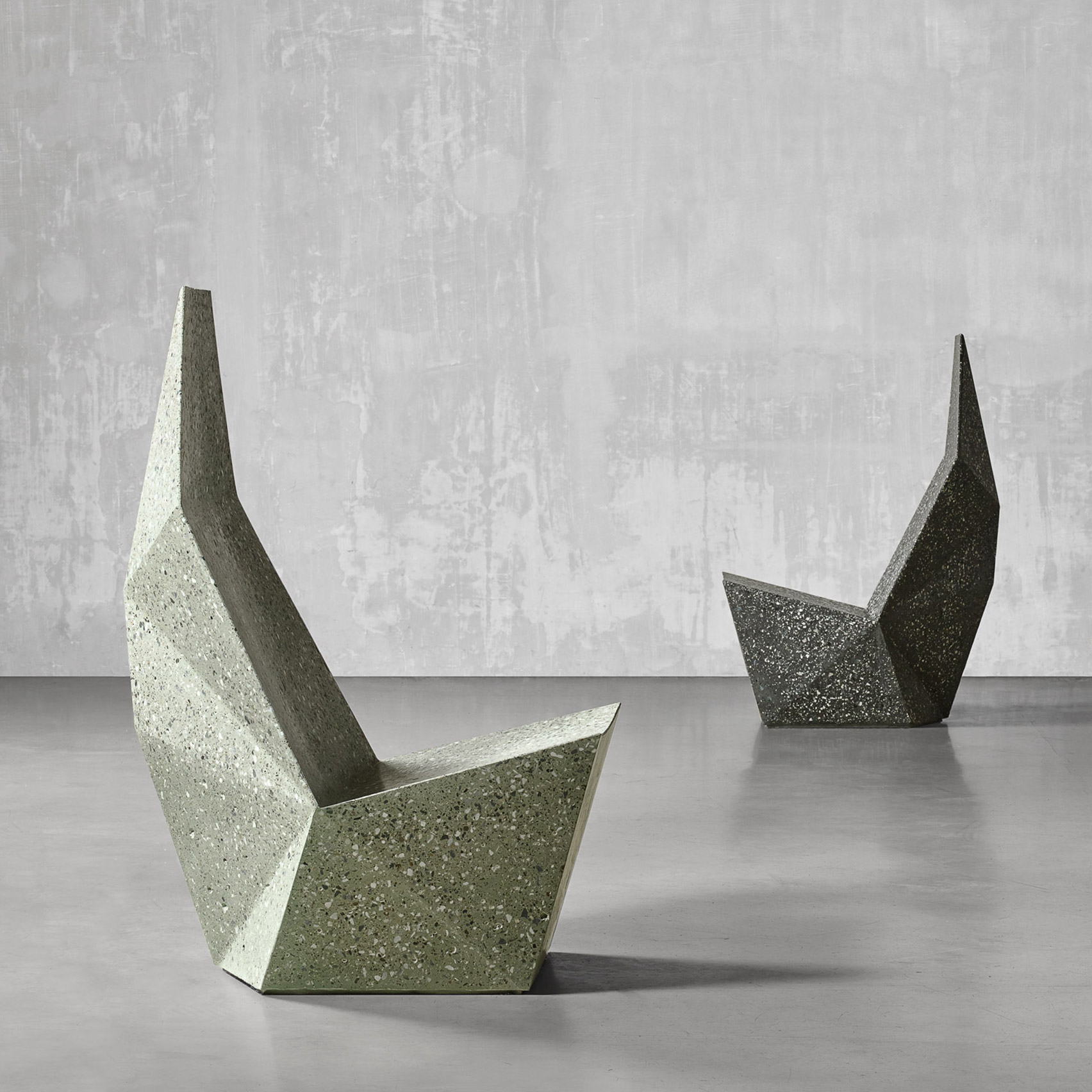 Designed to explore the architectural qualities of concrete, these seats by Australian designer Alexander Lotersztain have faceted shapes that are based on the naturally occurring forms and crystallisation process of quartz.

Lotersztain’s series, which was created for concrete brand Ivanka, includes two lounge chairs with pointed headrests accompanied by a table and a footrest. The concrete is pigmented in five colours – off-white, mouse grey, rock grey, green and tobacco.

Find out more about QTZ Concrete› 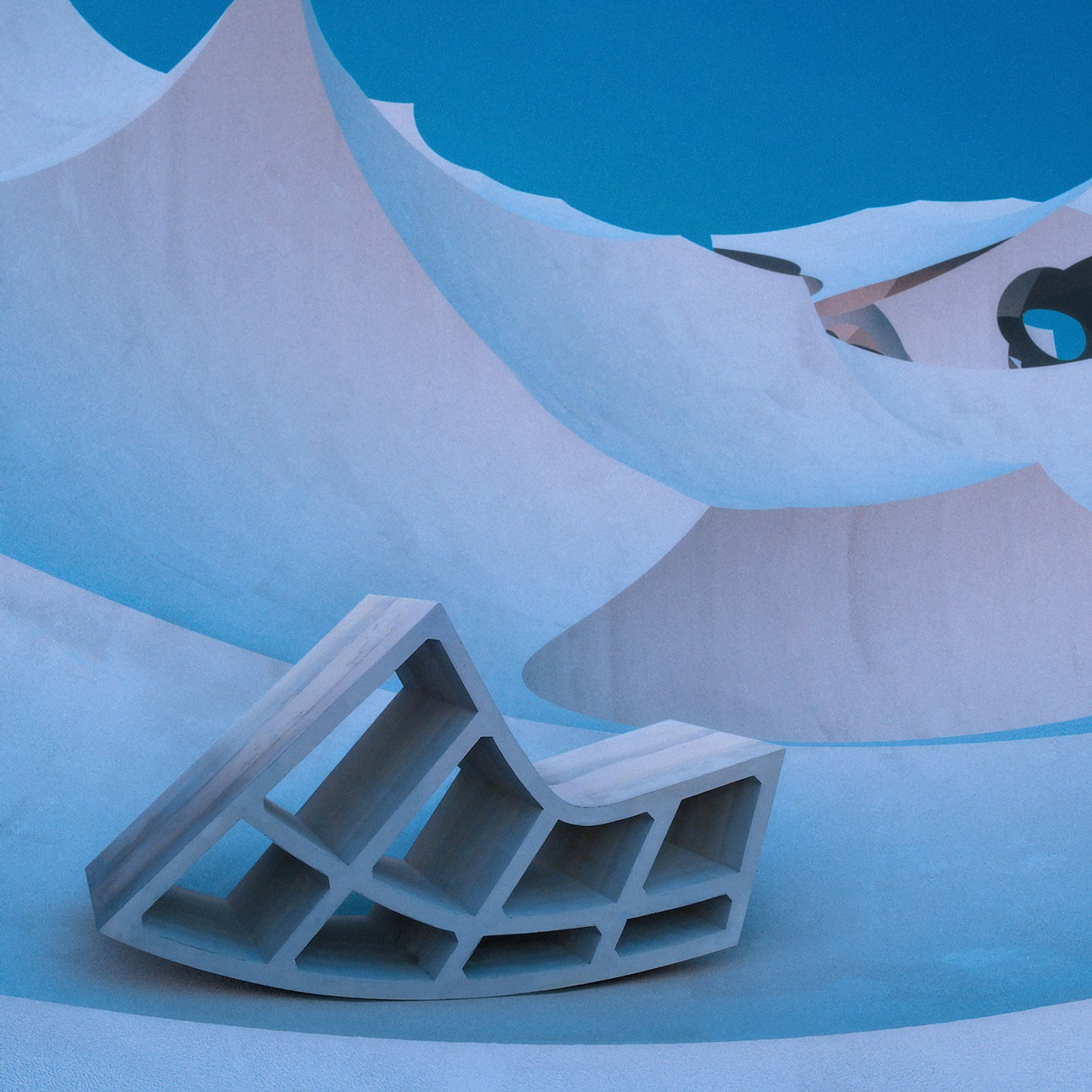 The seat forms part of a larger series of concrete furniture with chunky angles and geometric voids based on the brutalist architecture style, which emerged in the 1950s and used concrete predominantly.

Find out more about Rockito › 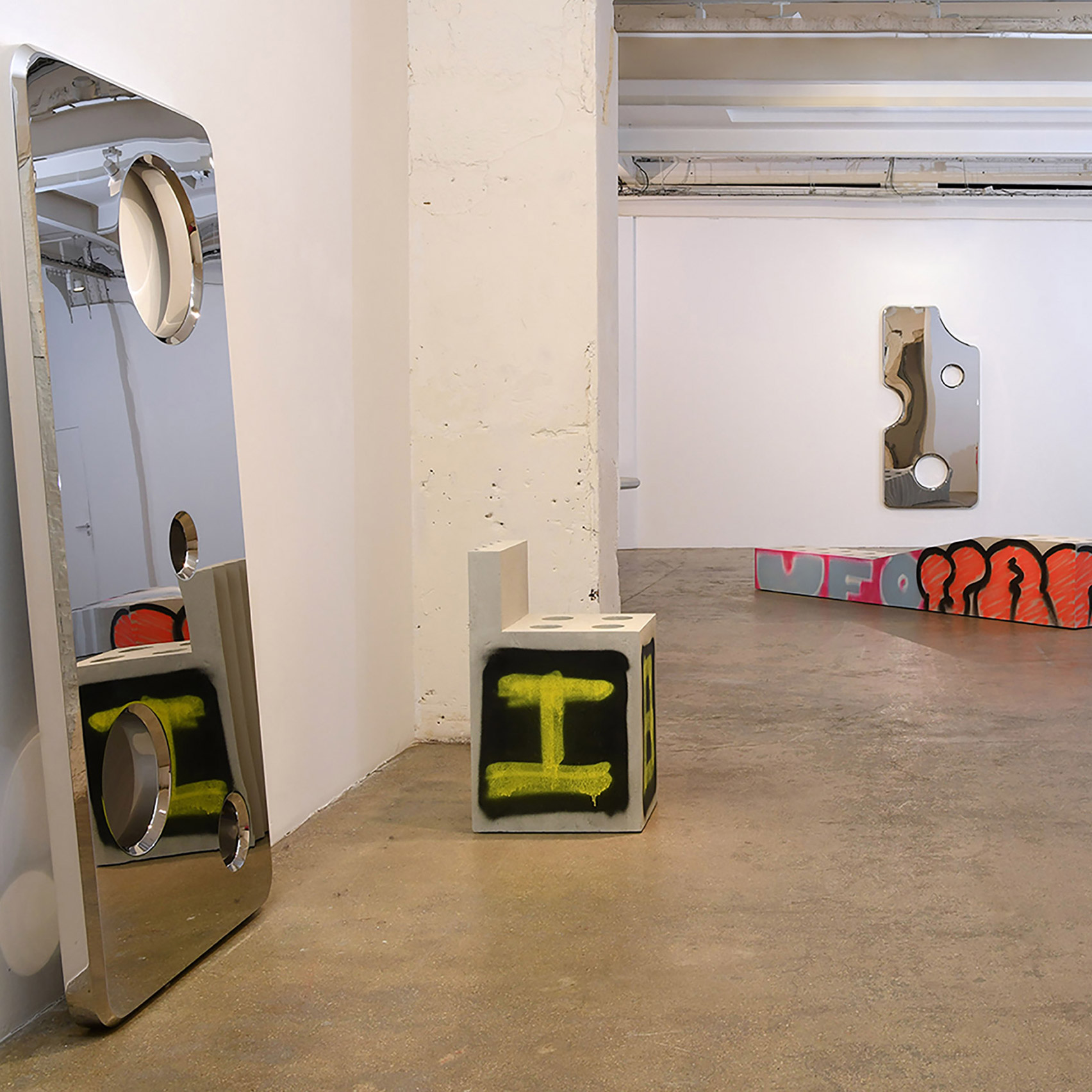 The collection includes Bench 2, which has a sloped surface based on the shape of skate ramps, and a blocky chair covered in large letters.

Find out more about Efflorescence › 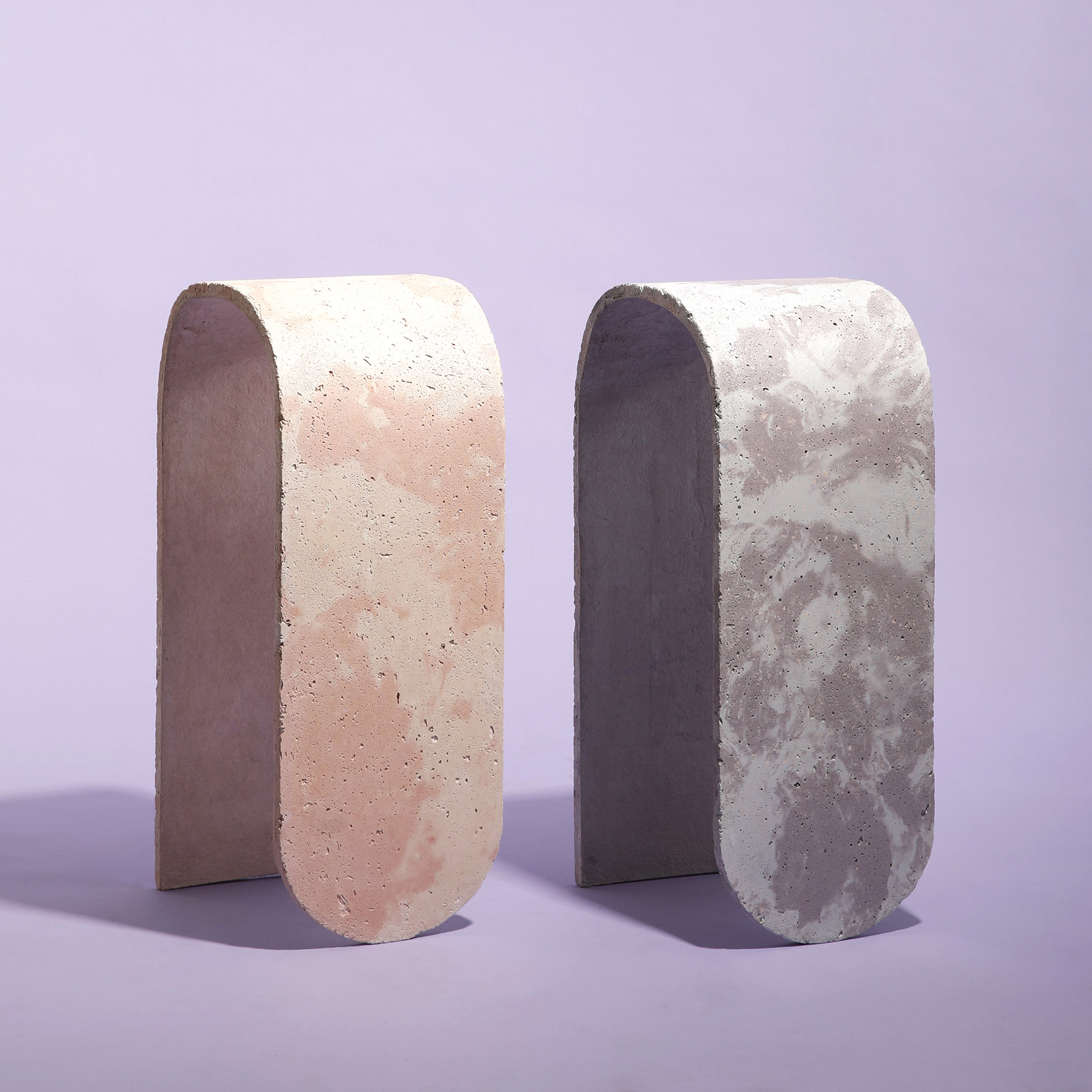 Concrete Stools “present a play of materiality by appearing at once smooth and rough, heavy and buoyant,” according to the designer J Byron-H.

He created the set by adding pigments to glass-fibre reinforced concrete and then placing the “slurry” into wooden moulds,  where it was left to set slightly before being curved over woodwork into U shapes.

Find out more about Concrete Stools › 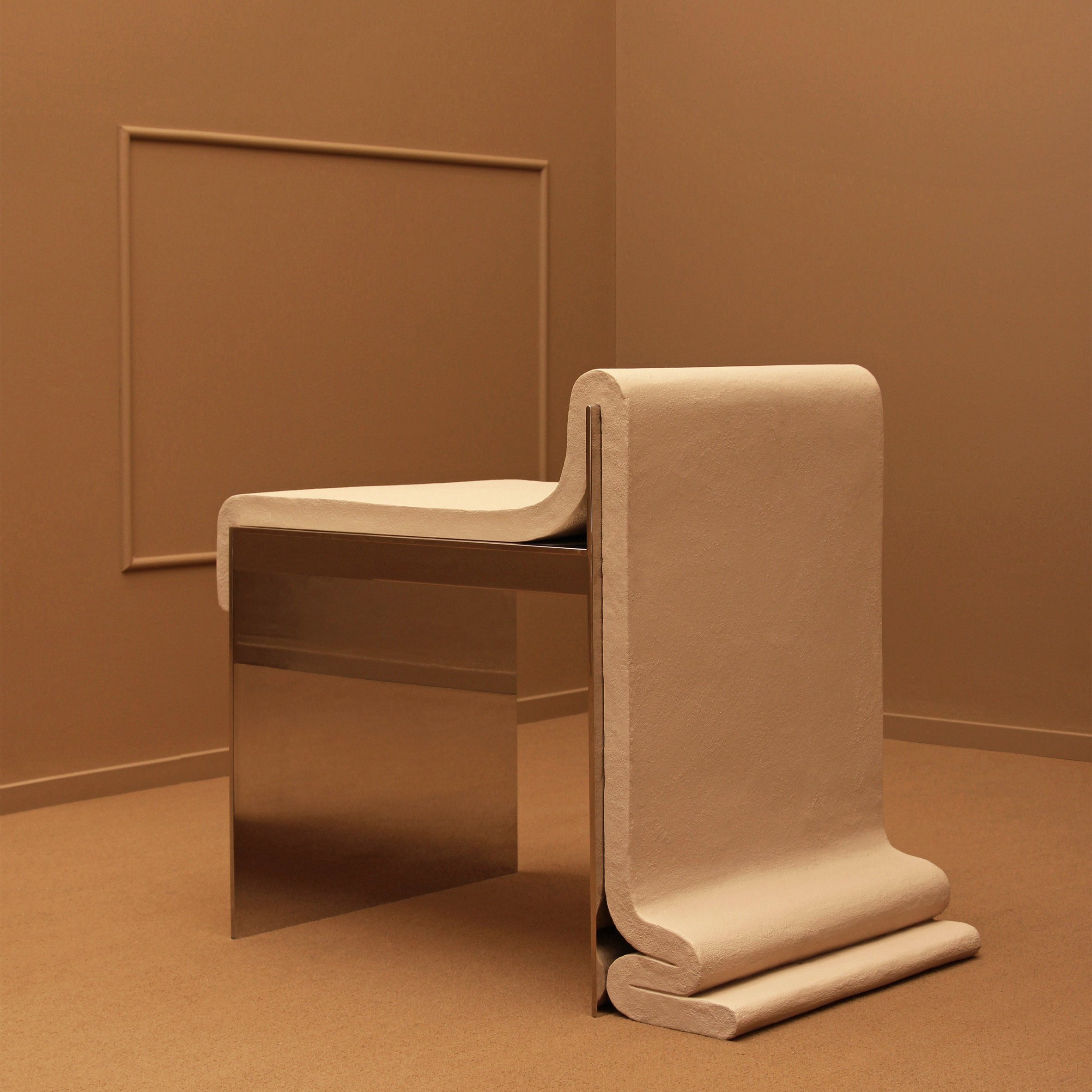 Pale concrete is draped over a metallic base and gathers in folds on the floor to form the Concrete Melt Chair by Bower Studios.

The New York studio created the liquidy shape from a wooden base that was then covered in concrete. 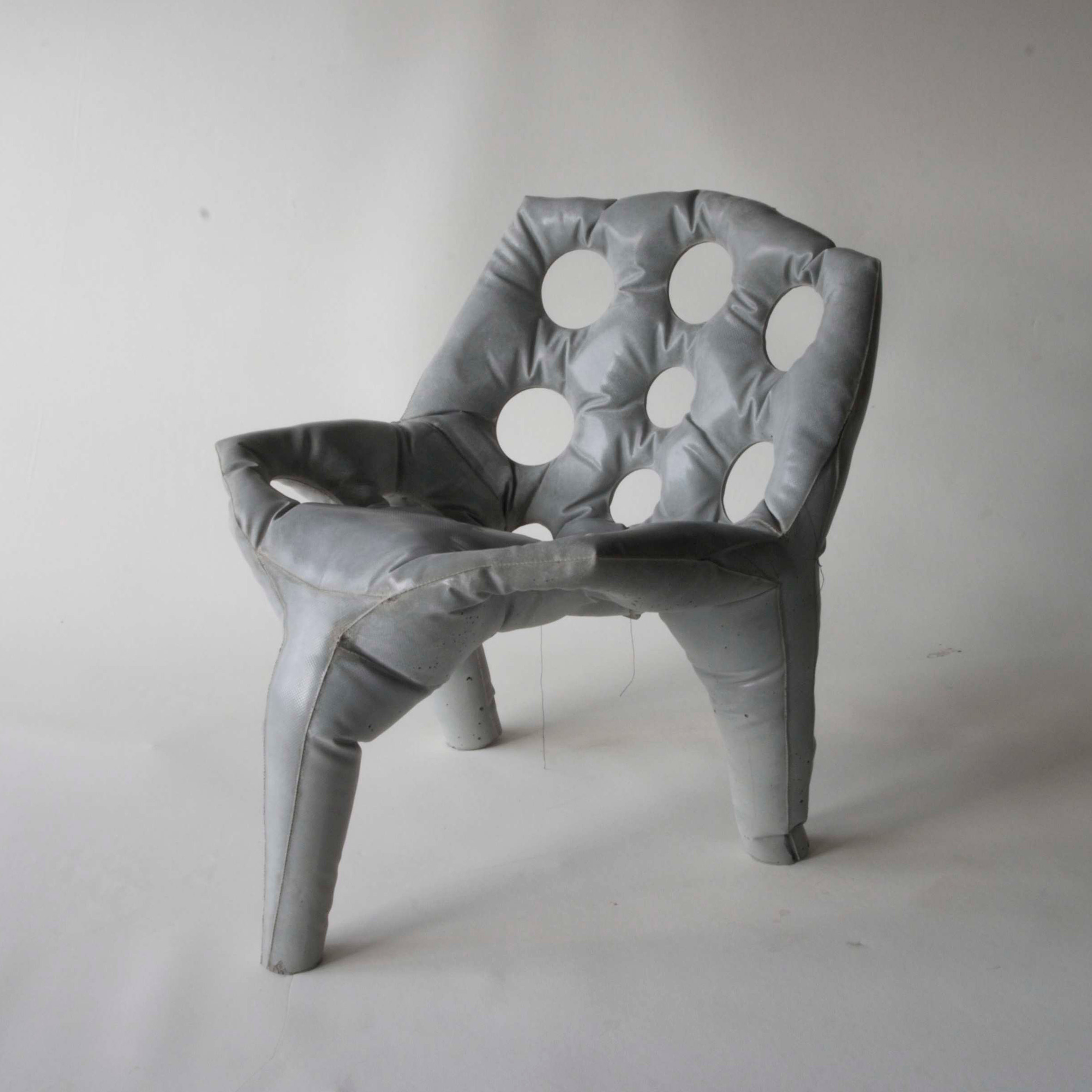 Although this seat appears to be inflated, it is in fact made of concrete cast inside plastic sheeting and reinforced with steel rods and metal fibres.

Dutch designers Tejo Remy and René Veenhuizen completed it as part of a prototype series in 2010 – making it one of the earlies examples of concrete chairs on the list.

Find out more about Concrete Chair ›