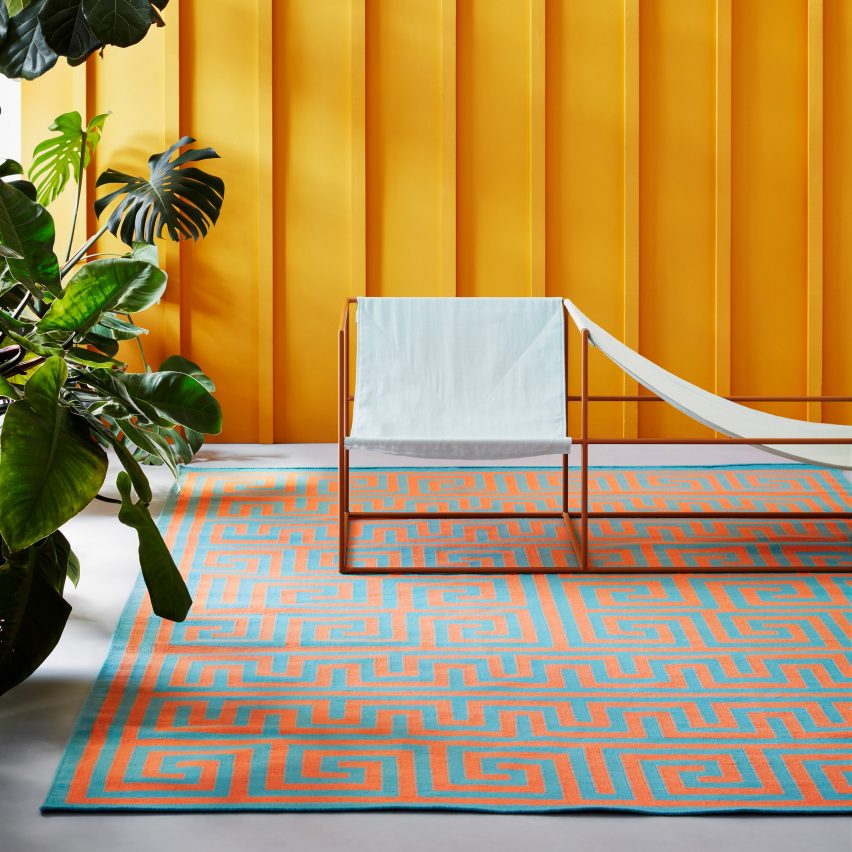 Designed for London-based rug manufacturer Floor Story, the collection comprises 13 different rugs made of New Zealand wool either hand-woven or made in a tufted style by rugmakers in India.

Each graphic rug was informed by both modern and historic elements of craft and architecture found in Italy and Greece, such as ancient ruins, pottery, sunsets, radial forms of roman mosaics and the shapes seen on the marble pavements in the Pantheon. 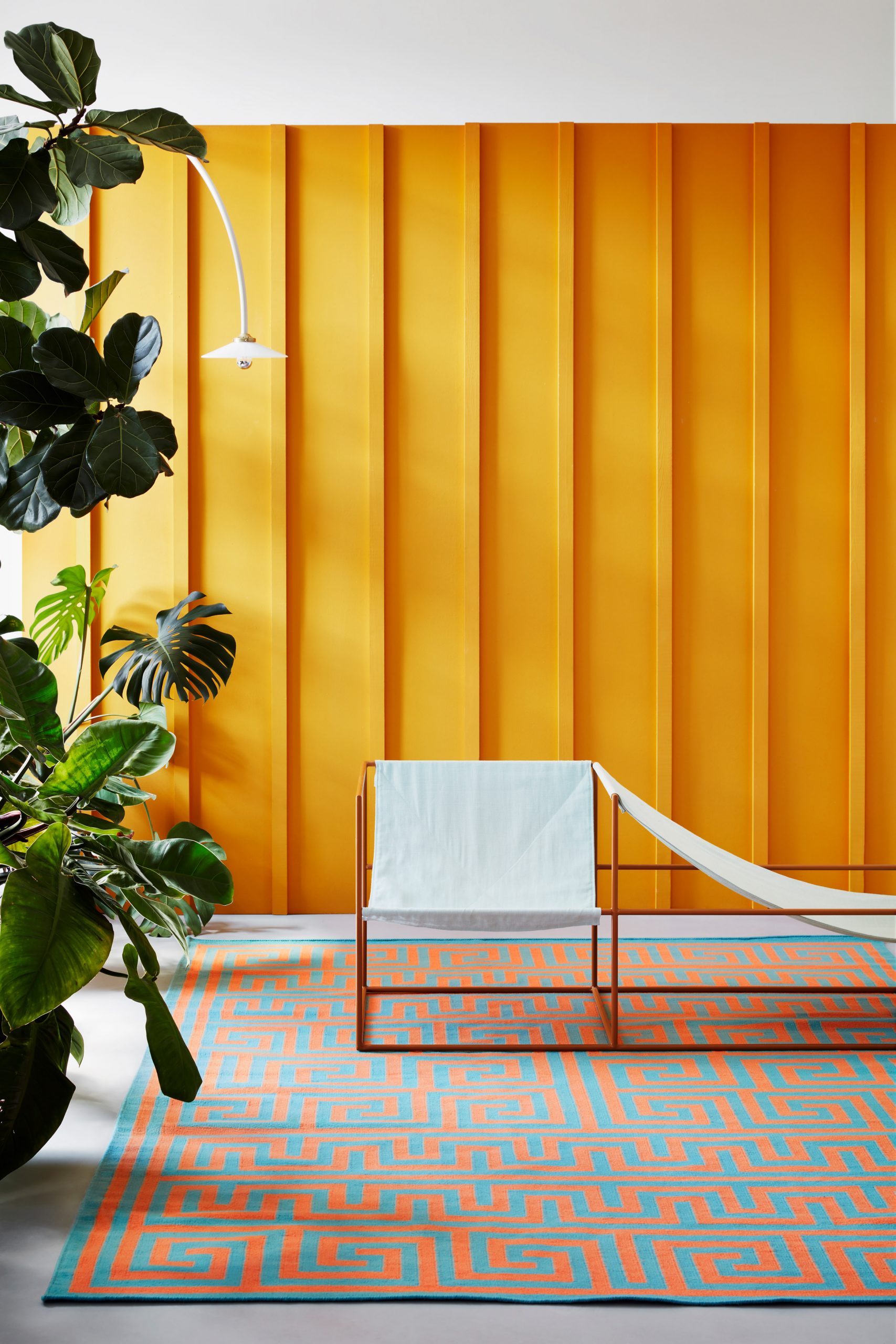 “I work hard to make sure that everything I design embodies a kind of voluptuous sensuality, expressed through colour, texture, pattern, form and ornamentation,” said Furman.

“The designs are intended to immerse you in history and tradition, but treat both with lightness irreverence and fun,” he continued. “This collection brings references and techniques from ancient times and the more recent past, into the present, with joy.” 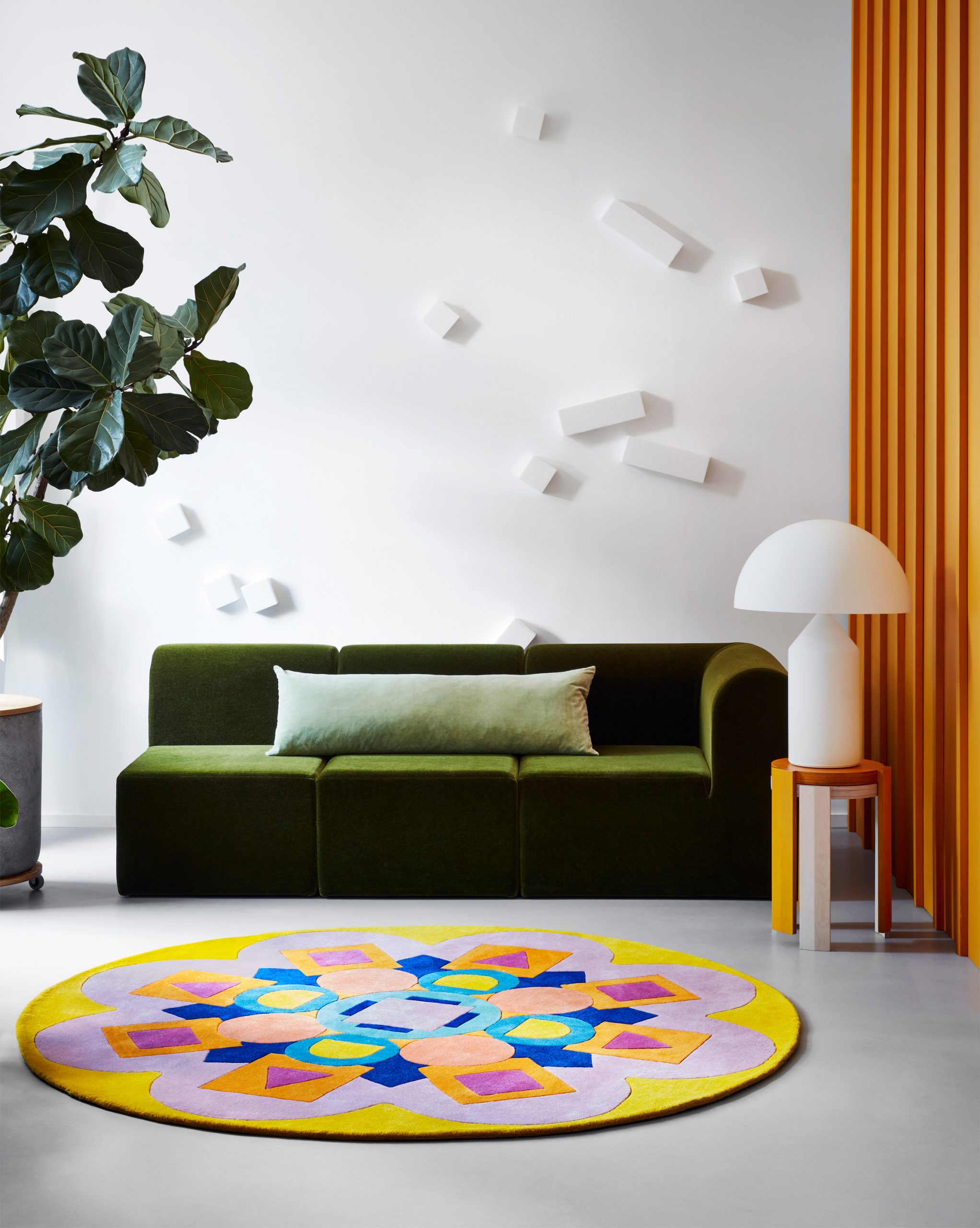 The rug collection includes a rectangular, hand-tufted design called Dipylon, after an ancient Greek vase painter known as the Dipylon Master who was known for adorning funerary vessels with repetitive, geometric motifs.

A series of square rugs coloured in contrasting bright hues called Pantheon also feature, inspired by the marble flooring featured inside the monument, which is patterned with simple circles and squares.

Other pieces in the collection include a circular rug called Armerina  – a reference mosaics found in the Piazza Armerina commune in Sicily – and a multi-coloured rectangular rug called Meandros designed as a “simple and bold love letter” to ancient Mediterranean classical decorative motifs. 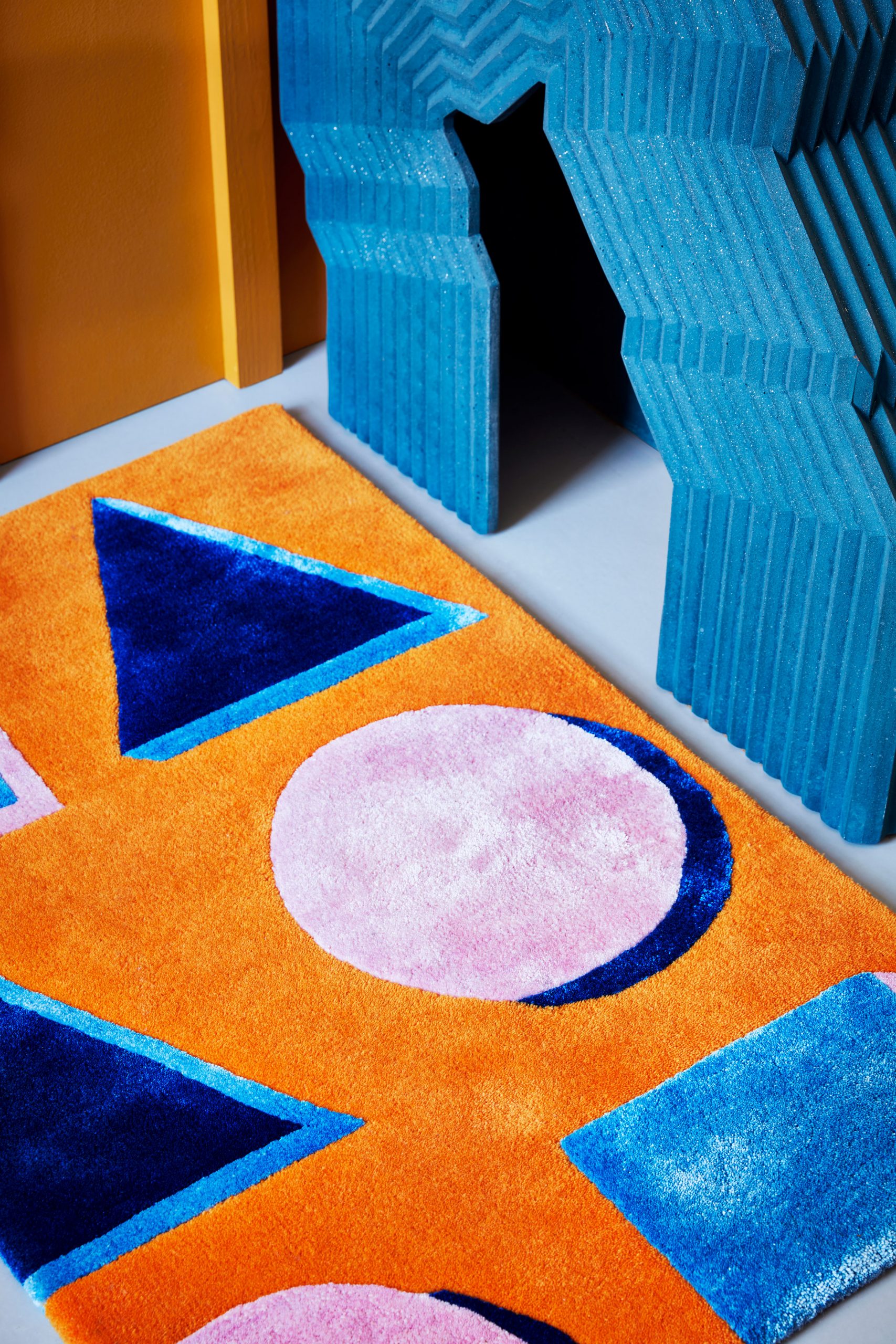 Furman’s Mediterranean collection is just one of a series of rug ranges created for Floor Story by both established and emerging designers, including Camilla Walala and 2LG Studio.