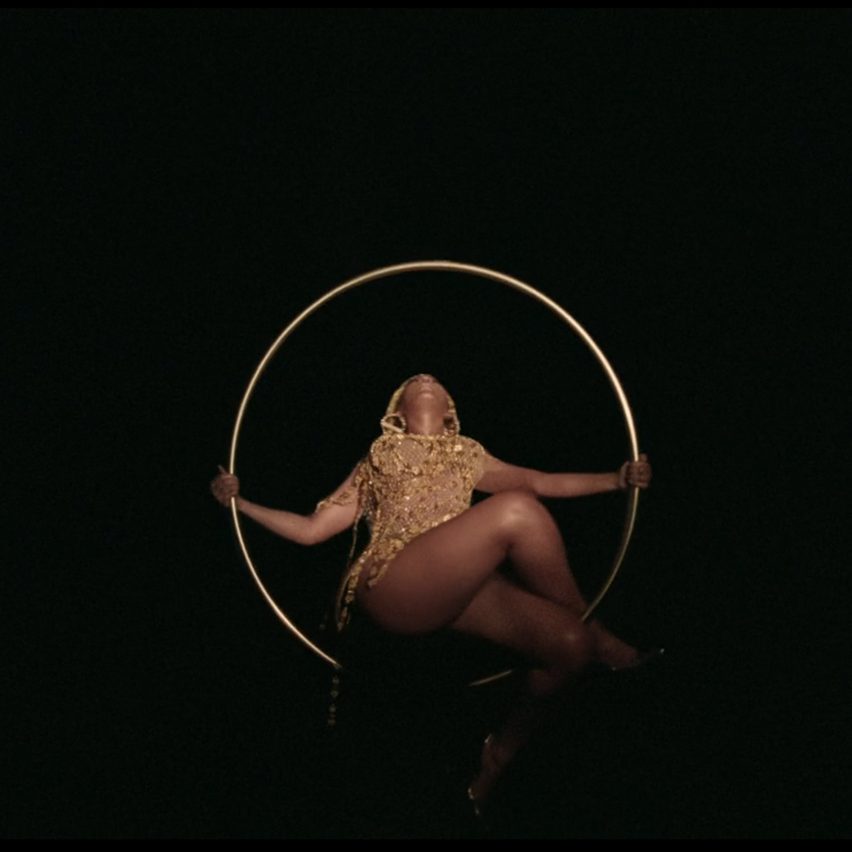 The American artist and her daughter Blue Ivy both swing in Broom’s circular metal seat during the 85-minute-long film, which was released on Disney Plus on 31 July. Similar shots of Beyoncé also feature in Already music video.

Broom said the musician’s team had contacted him to use the chair for a secret project, and that she had then bought it for her home, but he had no idea it would feature in the visual album. 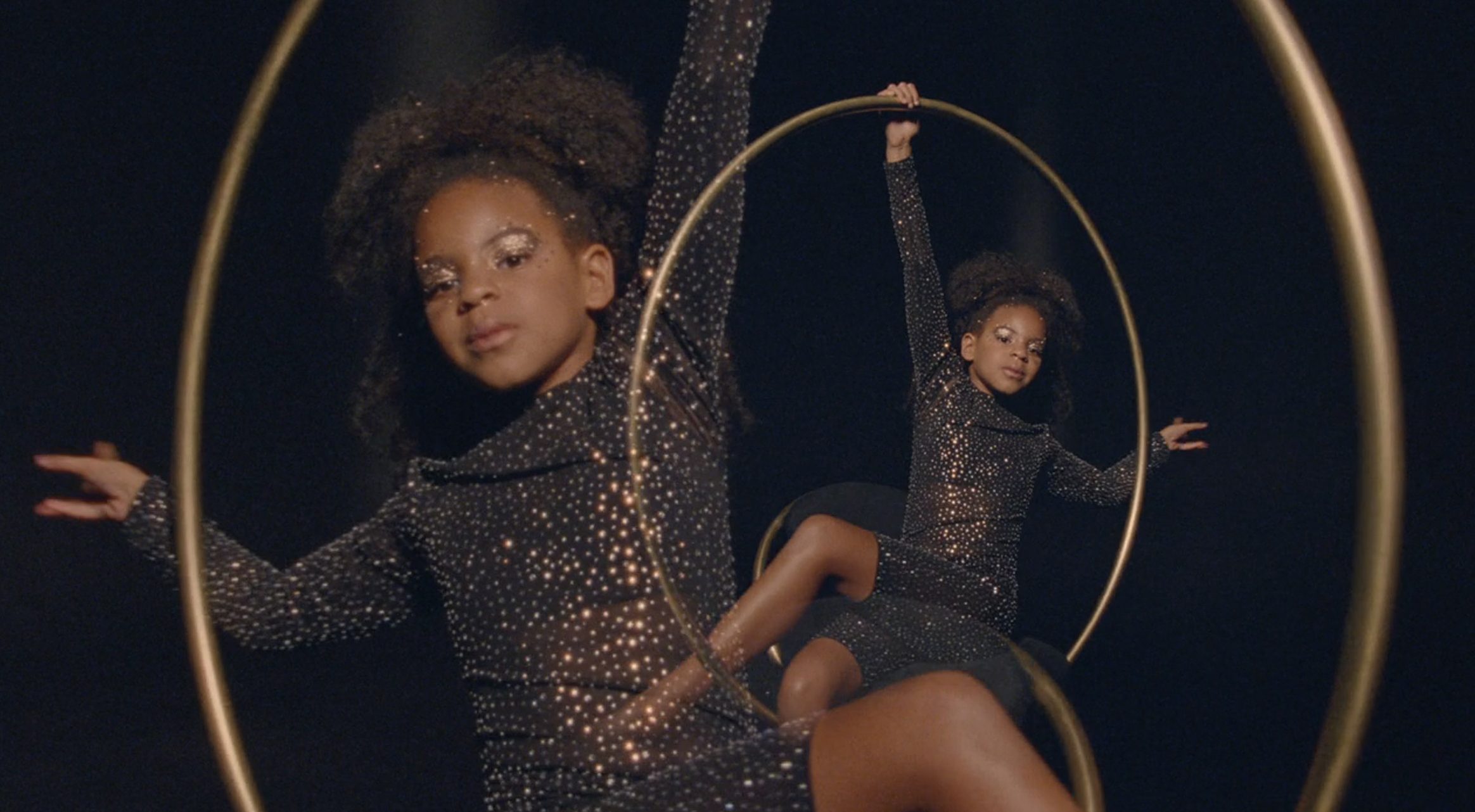 “Beyoncé’s people got in touch to discuss hiring the Hanging Hoop Chair for a secret project,” he told Dezeen.

“We gladly obliged and were then contacted again by her team to say that Beyoncé absolutely loved the chair and would like to purchase it for her home, which she did,” he added.

“It was a complete surprise that the Hanging Hoop Chair was going to feature in the film until the day it was released.”

Hanging Hoop Chair, which Broom released in 2015, comprises a large brass-plated metal ring suspended from the ceiling with a second hoop inside featuring a cushioned seat covered in Kvardrat fabric.

Blue Ivy is in the seat during the Find Your Back Way song at the beginning of the album, while Beyoncé twirls in the chair in shots during the track Don’t Jealous Me later on.

Its repeated presence forms part of a circular motif in the film, which is composed of songs based on the music Beyoncé created for the 2019 film adaptation of The Lion King.

“The chair has always been one of my favourite designs given its playful and mobile quality so I am delighted to see it used so beautifully by someone whose artistry I admire greatly,” said Broom.

Broom is a product designer who produces furniture, accessories and lighting under his eponymous brand, which he founded in 2007. He recently spoke to Dezeen’s founder and editor-in-chief Marcus Fairs for VDF about his work and career, which involved studying at theatre and fashion school.

Broom released Hanging Hoop Chair during Milan design week in 2015 as part of a collection of 20 new products. The series was presented in a street of disused shops that were turned into a fake department store.