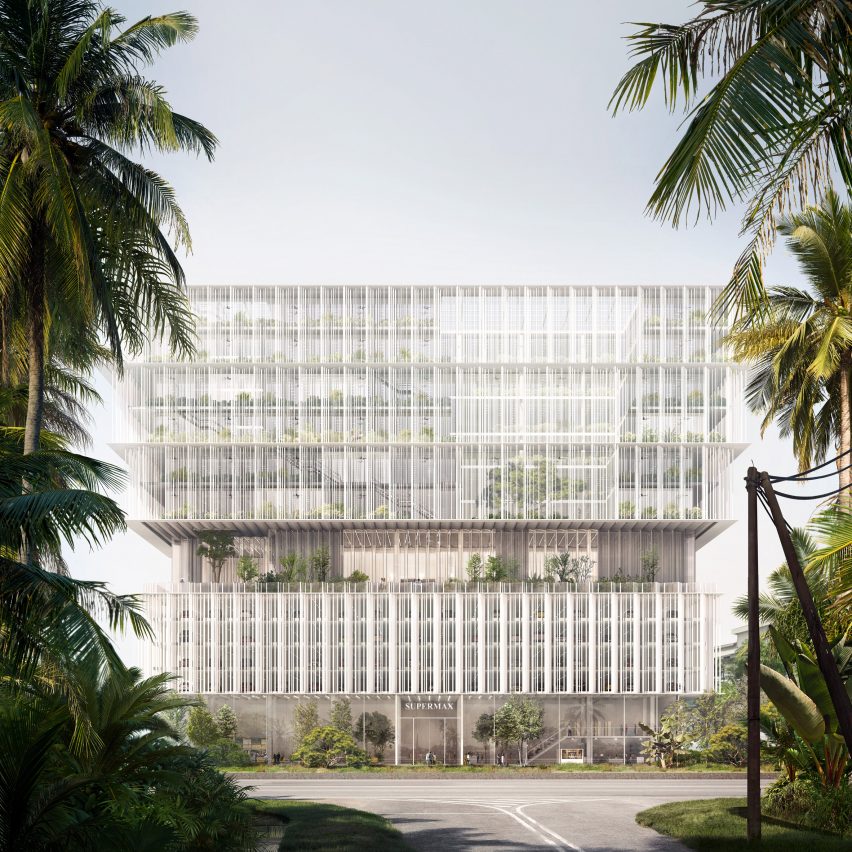 Latex glove manufacturer Supermax has commissioned new headquarters in Malaysia designed by London architecture studio Szczepaniak Astridge as demand for their product surges due to coronavirus.

As makers of personal protective equipment (PPE), Supermax has seen a huge rise in orders for its products during the pandemic.

In March 2020 the Malaysian latex glove makers had 88.5 million gloves – Supermax’s entire stock – bought by the British National Health Service (NHS). Supermax’s share price has risen by 500 per cent this year and made its owner a billionaire. 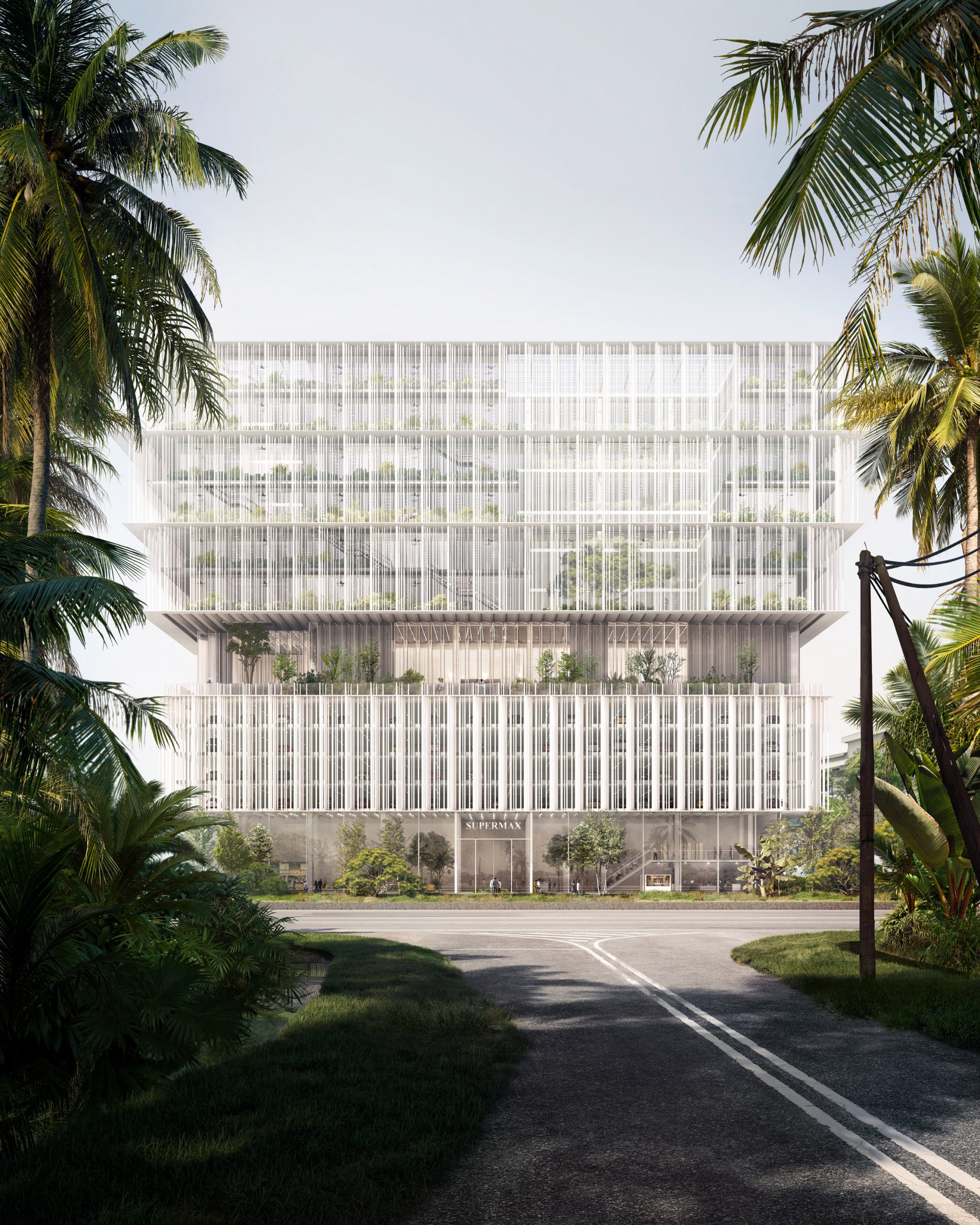 Two factories are being built to keep up with this increased demand, along with the new headquarters in the town of Klang designed by Szczepaniak Astridge.

The headquarters will abut these new factories, surrounded to the west by fields of oil palms, the leaves and husks of which are used to power the factories’ machines.

Szczepaniak Astridge impressed the competition jury with their vision for greenery-filled offices behind a facade that will pay homage to the natural origins of the latex gloves.

The office’s gridded facade will feature slim vertical elements that echo the slim trunks of the rubber trees that are tapped for latex, creating an intricate pattern of markings echoed in the office’s design. 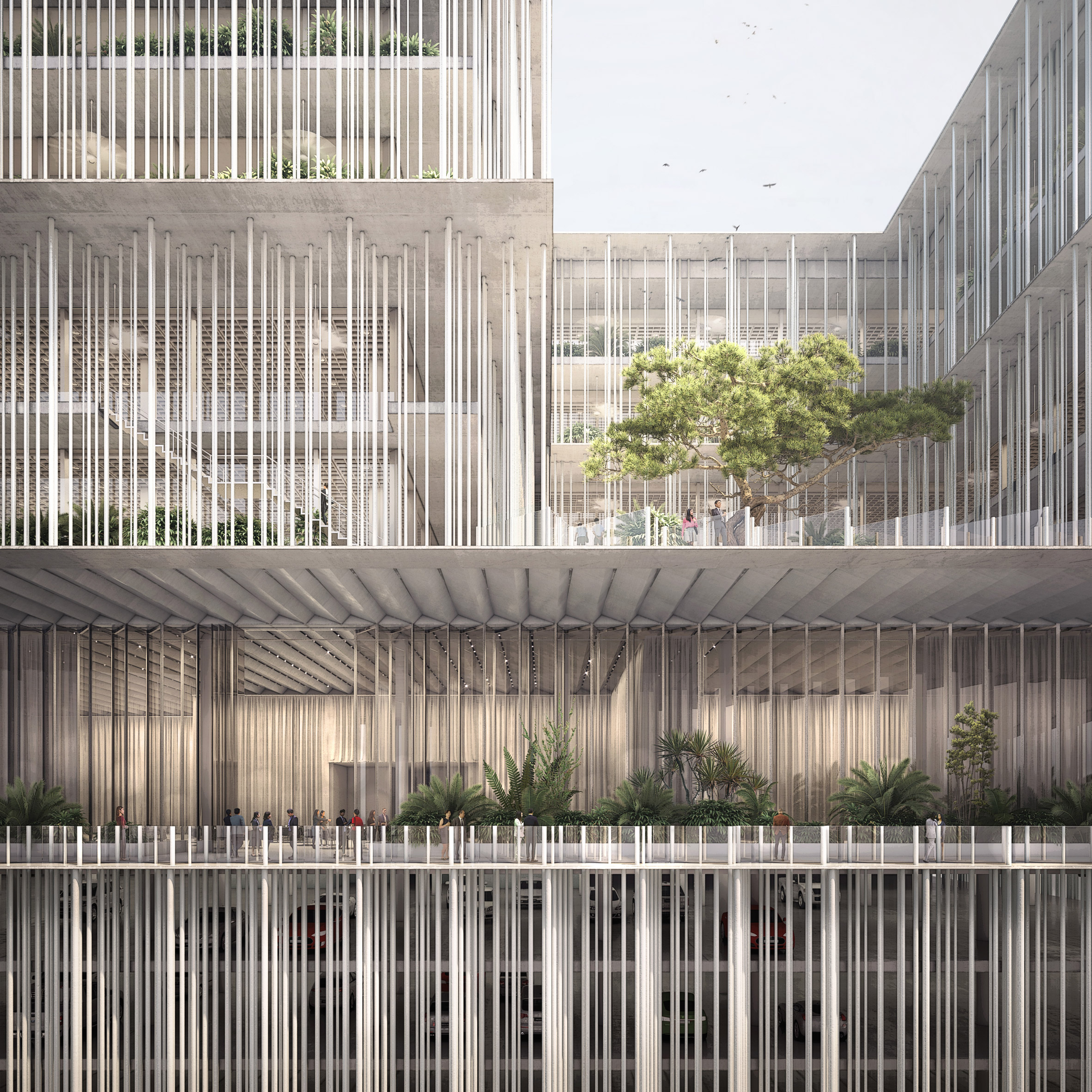 “We designed the facade carefully to mitigate from direct solar gain and glare whilst allowing air movement through to provide a thermally comfortable external amenity space in this humid climate,” studio co-founder Simon Astridge told Dezeen.

“We created voids and atriums within the plan to help carve light into the spaces. We then wrapped green belts around the perimeter and within the internal courtyards that act as shaded amenity break out spaces for the occupants,” he added.

These zones filled with tropical plants will sit between the interior offices and the brise-soleil, and office workers will be able to walk out among the planted terraces during breaks. Ceiling fans will circulate the air inside.

“Every office has a view of the green belts and this will be used to improve mental wellness,” said Astridge. “We wanted the people to feel like they were in a forest or the rubber plantation itself while working.” 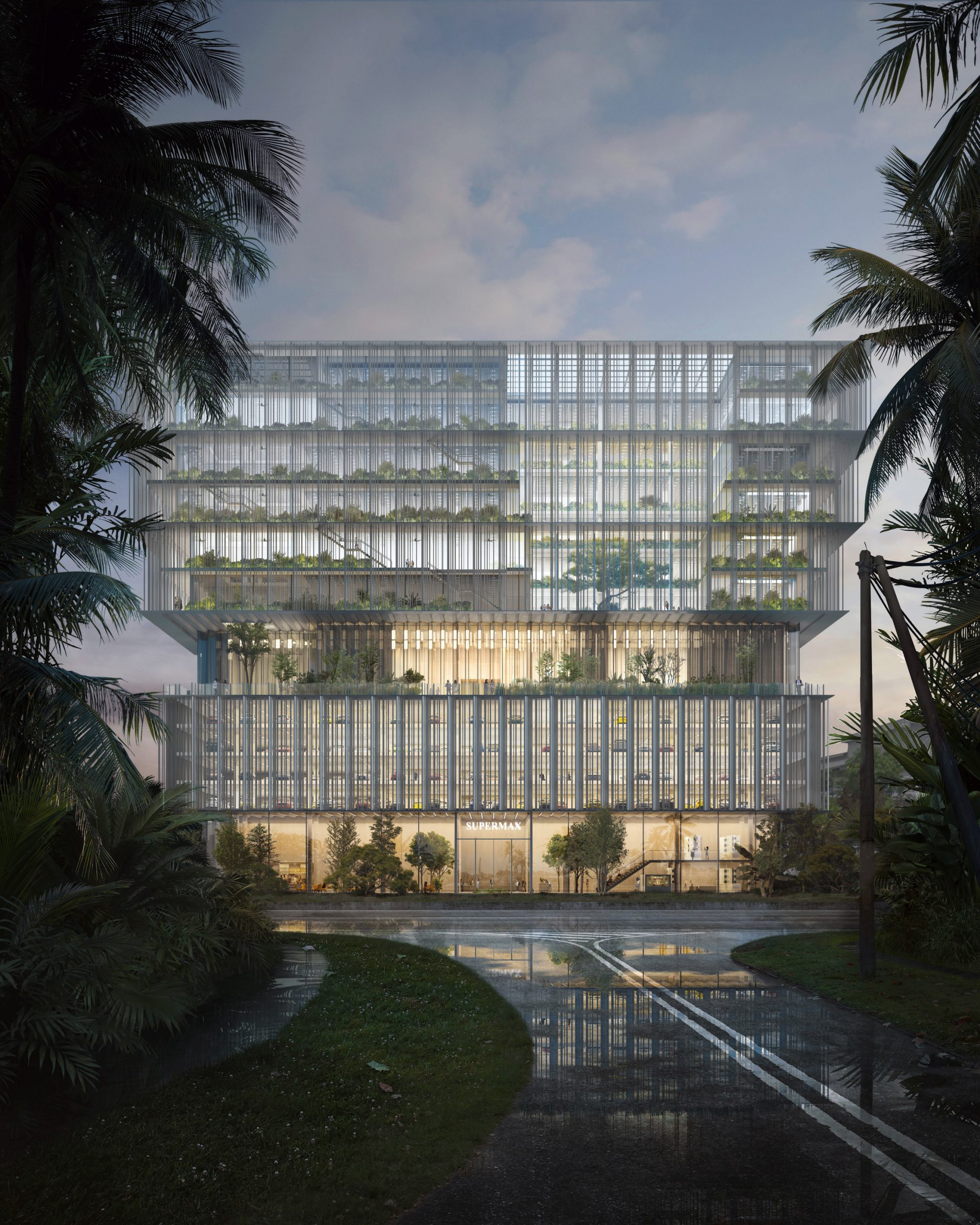 The six storey building will contain a restaurant, exhibition spaces and a 1,000-seat ballroom for events along with offices, training rooms and a whole level dedicated to car parking.

Szczepaniak Astridge is working closely with Supermax’s in-house Feng Shui expert to ensure the offices comply with this set of design principles.

“The positioning of water and moving water is very important representing harmony and large atriums that invite wind and positive energy,” said Astridge.

“Small things to know that become important for Feng Shui include positioning stairs and lifts at an angle and not facing the entrance to prevent wayward spirits entering.”

Construction on the Supermax headquarters is due to commence in 2021.

Szczepaniak Astridge was founded by Simon Astridge and Nicholas Szczepaniak. Astridge previously worked under his own name on projects including house extensions featuring white-brick portholes or pink concrete walls.

Also working under his own name, Nicholas Szczepaniak designed a barbershop in Dubai with moody interiors of dark wood and concrete.