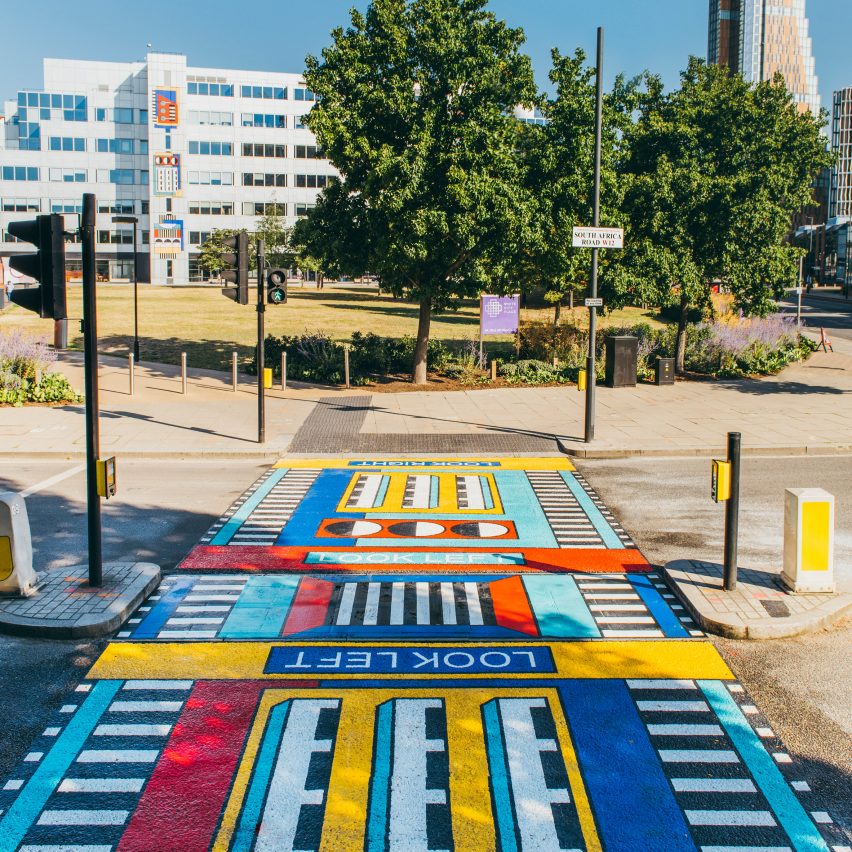 Two pedestrian crossings and a building facade in London’s White City district have been given a new lick of paint as part of one of Camille Walala‘s characteristically vibrant public art installations, called Les Jumeaux.

The project forms part of a burgeoning design movement called the New London Fabulous – a term coined by Adam Nathaniel Furman in a live interview with Dezeen to describe a group of creatives working in the capital, including himself, Walala and Yinka Ilori.

“Being grouped with the New London Fabulous and recognised as someone who is very deliberately using colour and pattern to disseminate joy, positivity and pride to as many people as possible, is a vindication of everything I set out to do in my work,” Walala told Dezeen. 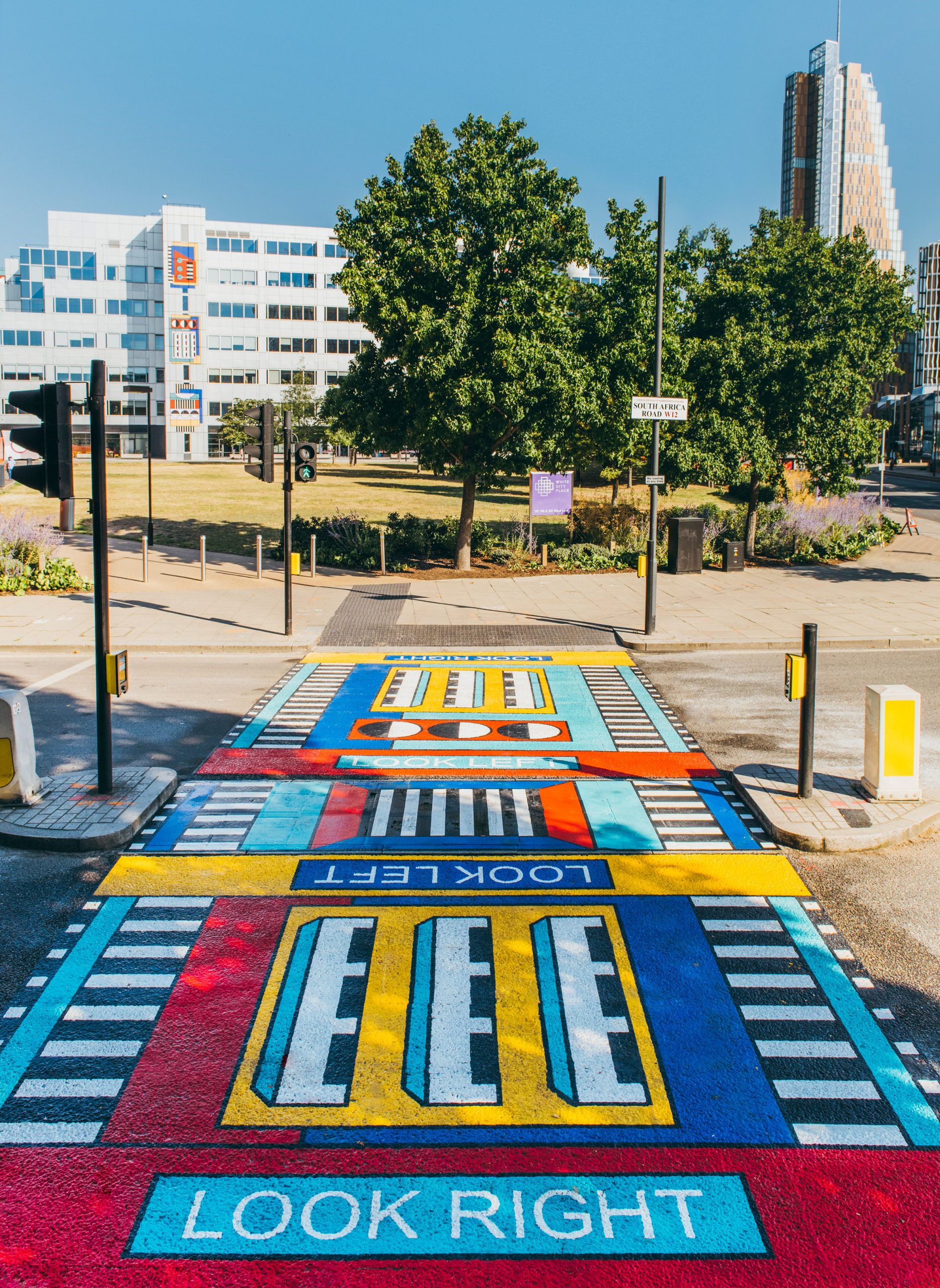 Their imagery sees Walala reinterpret the rich architectural details found in the area through her signature colourful lense. 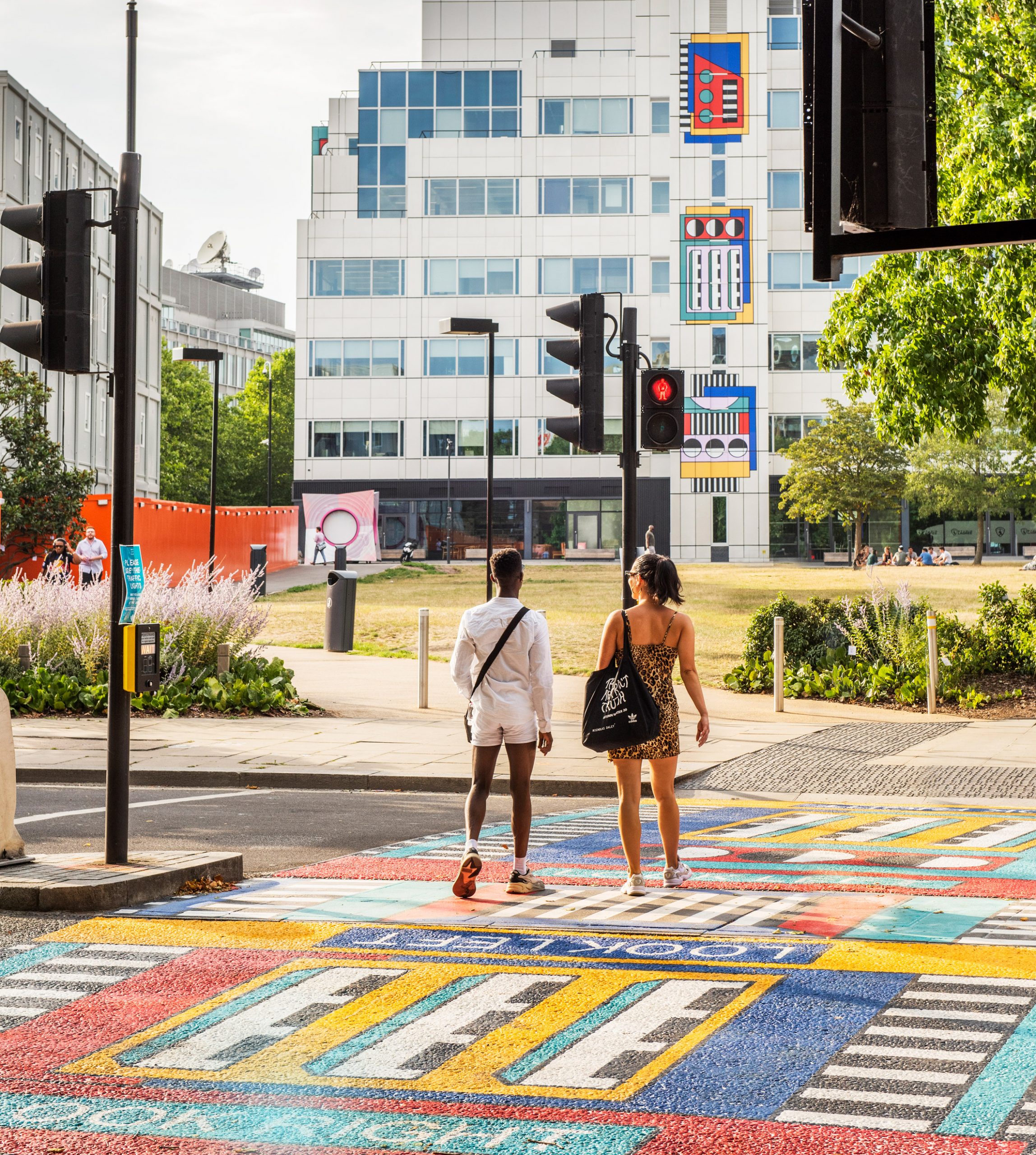 “The geometric forms mirror the simple lines and block patterns found in the surrounding buildings, whereas the colours offer a bold counterpoint to the largely monochrome palette of the streetscape,” Walala said.

“The lines formed by the windows inspired the black-and-white striped motif I’ve used, which is aptly reminiscent of the traditional zebra crossing pattern. And one of the crossings is immediately in front of White City Tube station, so I took the roundel from the London Underground logo and fed a circular element into the design.”

White City is steeped in architectural history, having been home to the BBC headquarters for several decades, as well as hosting London’s first-ever Olympics in 1908 and a series of turn-of-the-century world fairs, which gave the area its name thanks to their stucco-clad exhibition pavilions.

“This was a really exciting commission because I got to explore the area so much more than I have in the past and bring colourful, joyful patterns to this part of London,” said the designer. 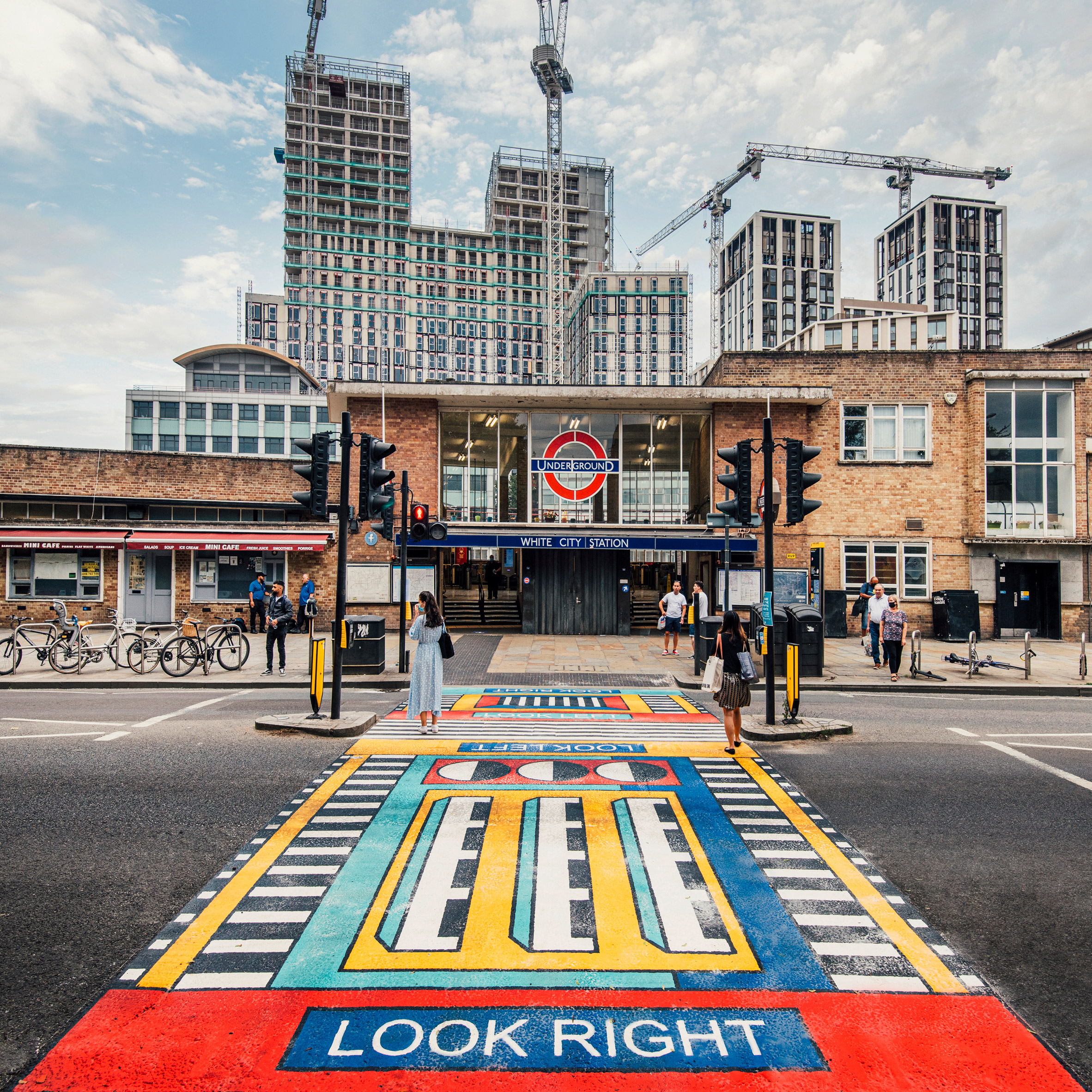 Les Jumeaux was commissioned by developers Stanhope and Mitsui Fudosan alongside real estate investment trust Aimco to contribute to their ongoing regeneration of the former BBC Media Village, which has been rebranded as the White City Place “creative campus”.

The surrounding area has seen a large amount of investment in recent years, with the former BBC headquarters turned into a mixed-use development featuring an outpost of private members’ club Soho House and a penthouse with interiors envisioned by fashion designer Bella Freud and frequent collaborator Maria Speake.