Seven of the best houses in Mexico’s Valle de Bravo

From volcanic rock, soil-based render to roofs covered in shrubs, these seven houses have all been designed to complement their setting in Mexico’s scenic Valle de Bravo. 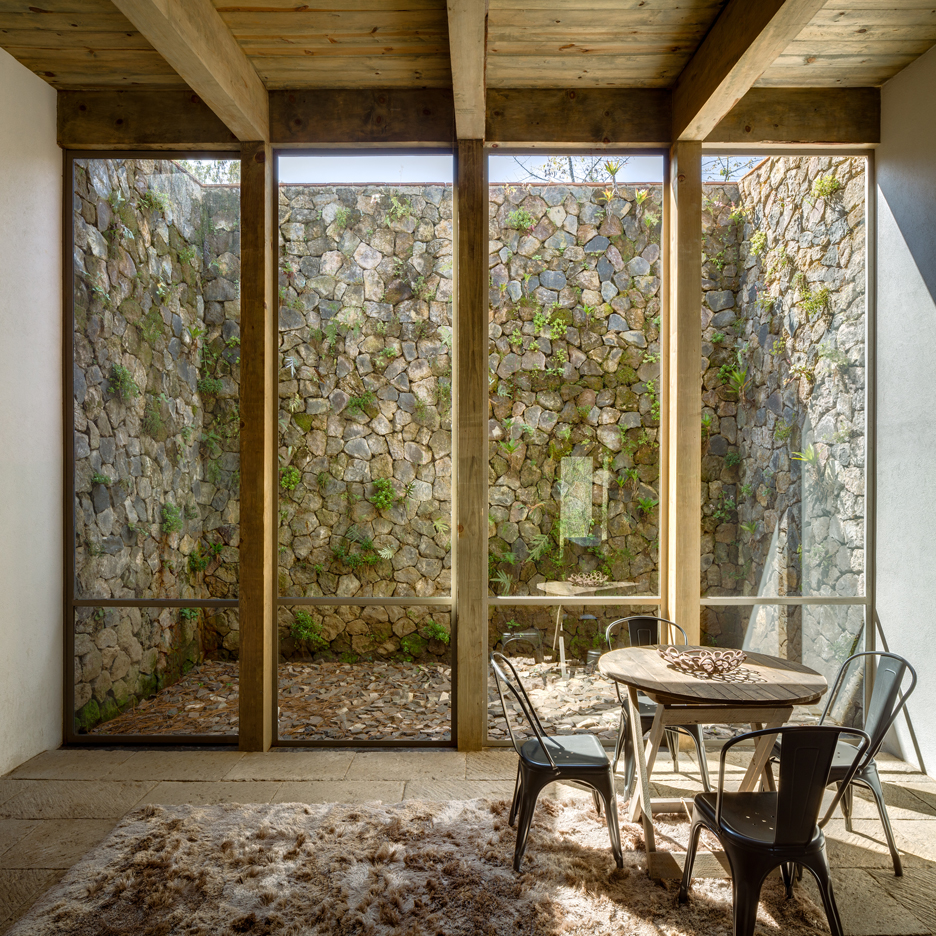 Santana House is a one-storey property designed by CC Arquitectos to step down a sloped, forested site in Valle de Bravo.

Weathered stone and natural wood walls are punctured by huge panels of glazing that create views between walls, to the surrounding walls, and frame spaces around the perimeter – including an existing tree that forms the heart of the entry courtyard.

Find out more about Santana House › 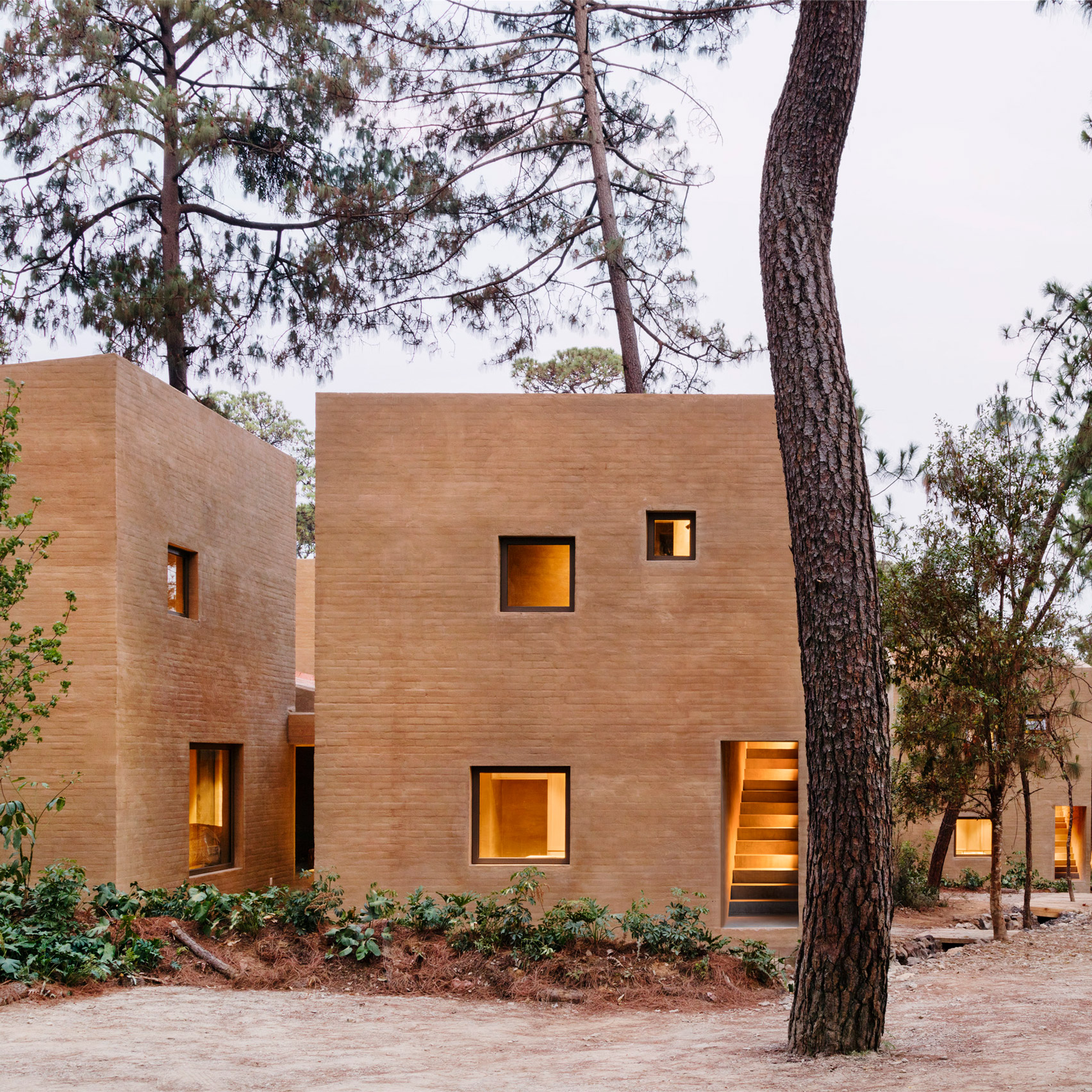 The Mexico City studio used local materials for the project including timber, brick and an earthy pink render made from soil excavated from the building’s foundations.

Find out more about Entre Pinos ›

Designed to blend in with its green surroundings, this Y-shaped house by Cadaval & Solà-Morales has concrete walls that are painted black and a roof covered with shrubbery. The concrete is imprinted with fallen and dead trees found around its site.

The house’s three wings have large windows at the ends to offer different views of the surroundings. 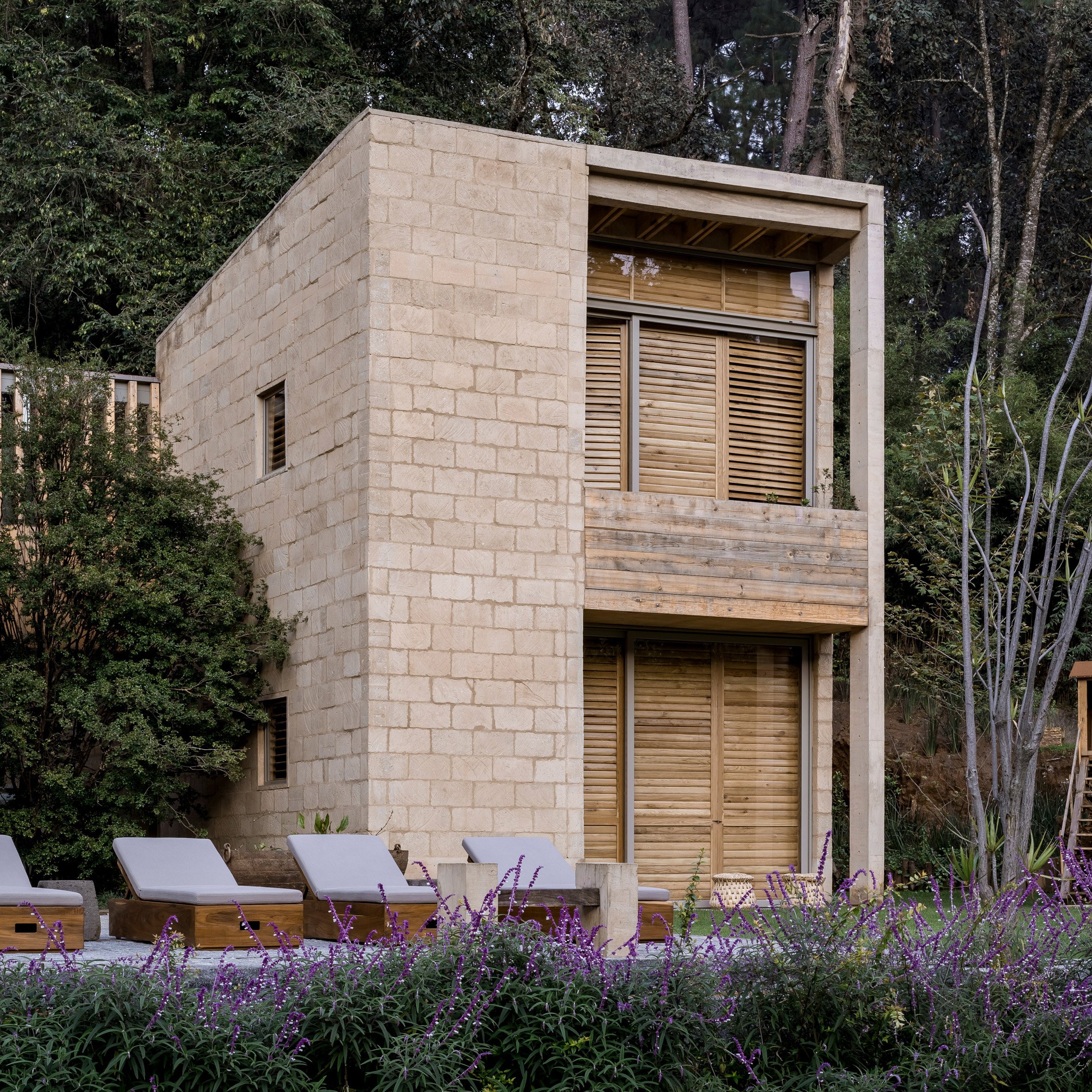 Taller Hector Barroso also designed this house in the area as a weekend retreat for a family of six in a forested setting.

Exterior walls are made of concrete and pine, along with mud bricks that were produced in a nearby quarry. Wooden shutters open to offer natural light inside the rooms which also feature a complimentary neutral colour palette.

Find out more about House in Avandaro › 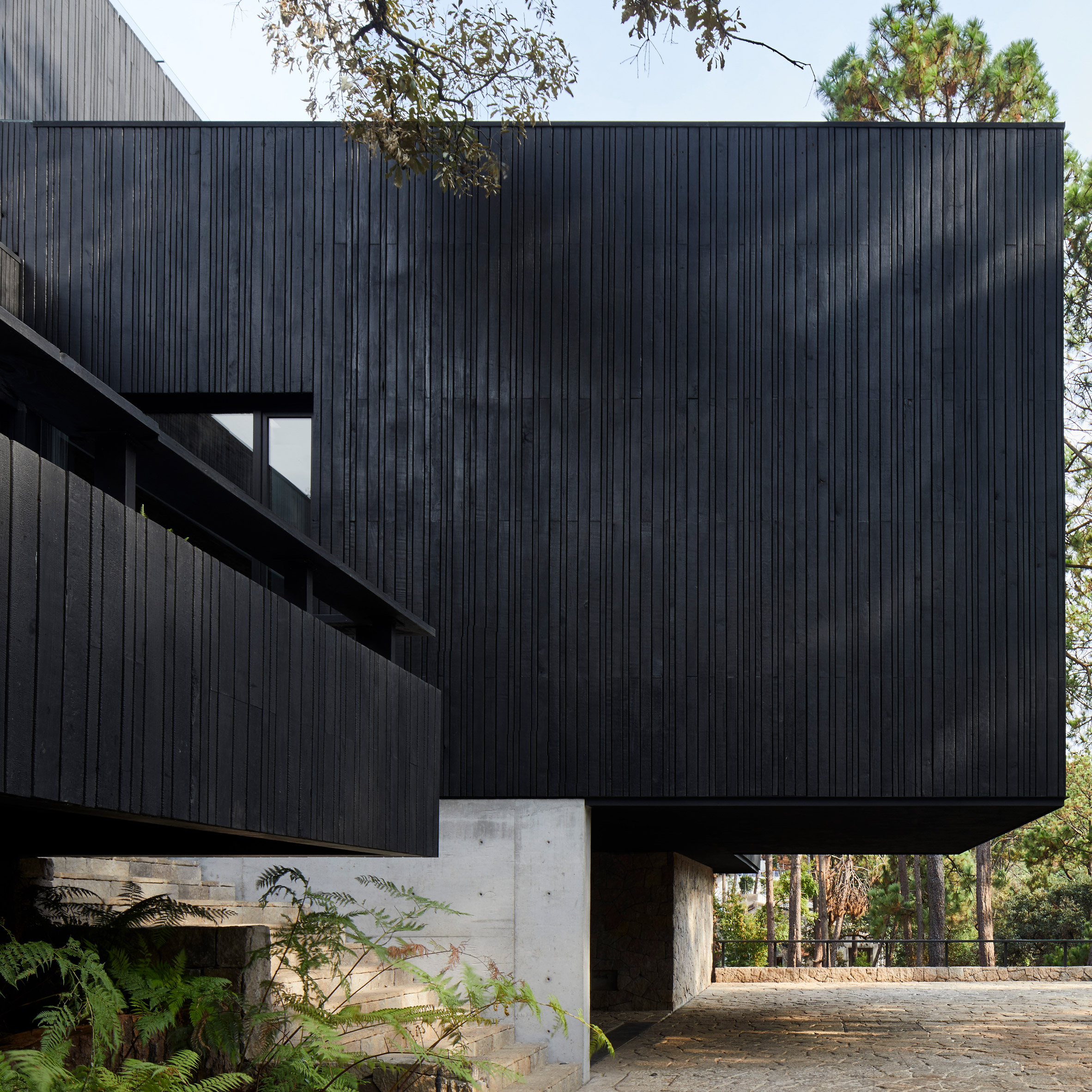 Cedar charred black using the Japanese method of yakisugi and stone from a quarry in nearby Acatlán are used to blend this house “as a shadow in the green surroundings”.

Among the key features of the property is a huge cantilevered volume fronted by a large window that offers views from the living room to a nearby lake.

Find out more about Casa Di-Dox ›

Weber Arquitectos separated this holiday complex into five cabins – including guest houses, the main lodge and a recreational building – in order to preserve existing trees growing on the site.

The structures all have a grey exterior, with the main residence and social cabin covered in volcanic stone. Described by the Mexican studio as “very sober and forceful”, the dark colour palette continues across the interior decor. 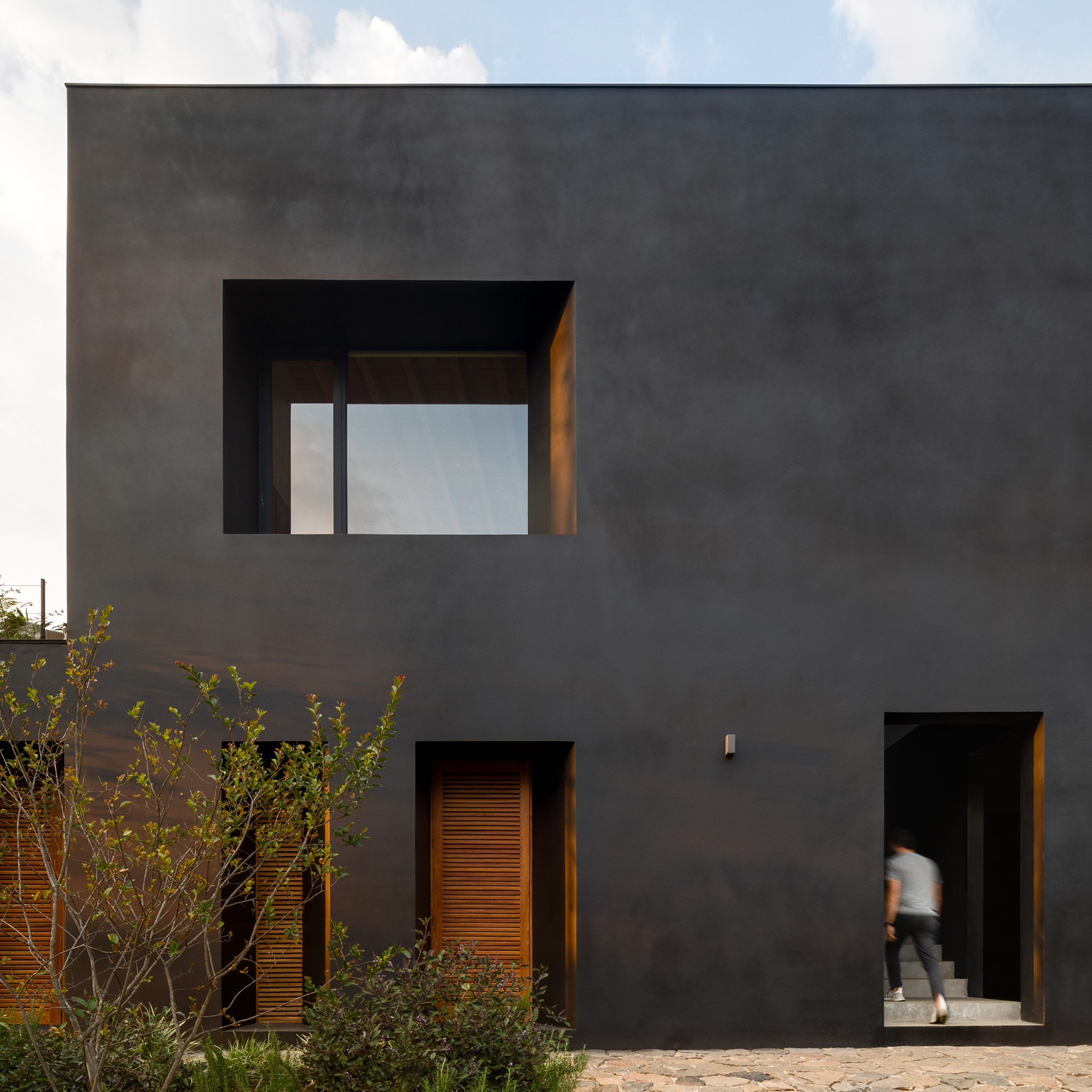 A matte-black rendering called Corev Mooth covers the walls of this residence, while window frames and shutters are made from a tropical tzalam wood coated in reddish sealer as a contrast.

Called Las Golondrinas, the house is composed of three volumes topped by a large sloped roof to create a covered patio that opens onto a swimming pool that aligns with the tree canopy.

Find out more about Las Golondrinas ›

The post Seven of the best houses in Mexico’s Valle de Bravo appeared first on Dezeen.