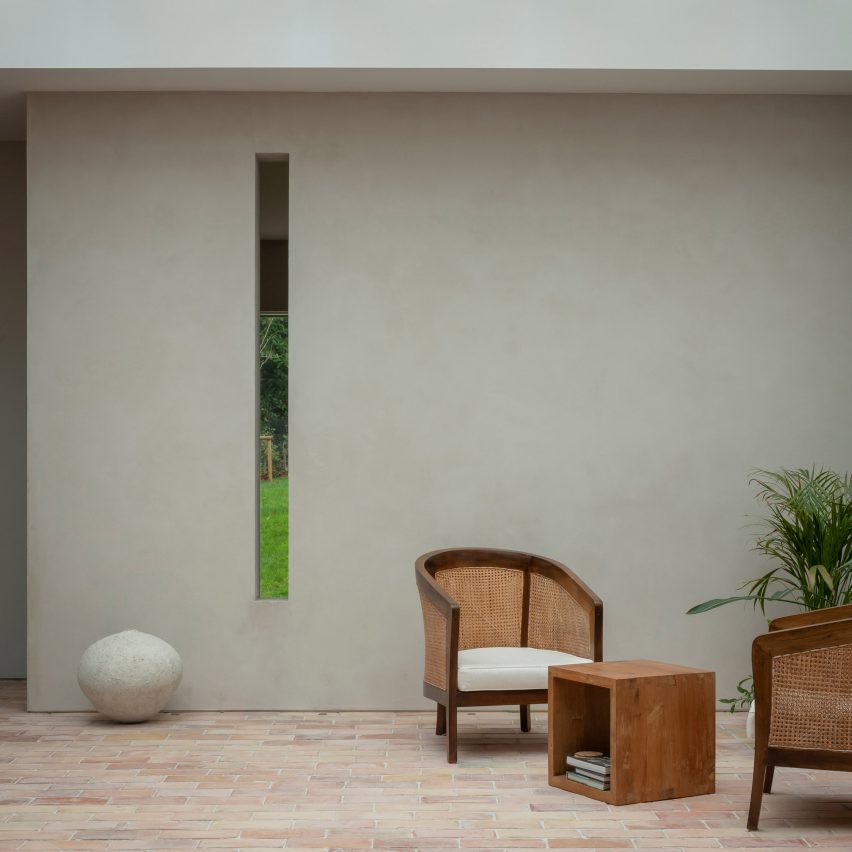 The energy-efficient dwelling, aptly named Devon Passivhaus, nestles into a sloped walled garden that was once owned by an old English country house that fell into a state of disrepair.

In an effort to celebrate and give prominence to this rural setting, McLean Quinlan‘s design is deliberately pared-back with “simple and clean” forms and materials that are modelled on the old garden wall. 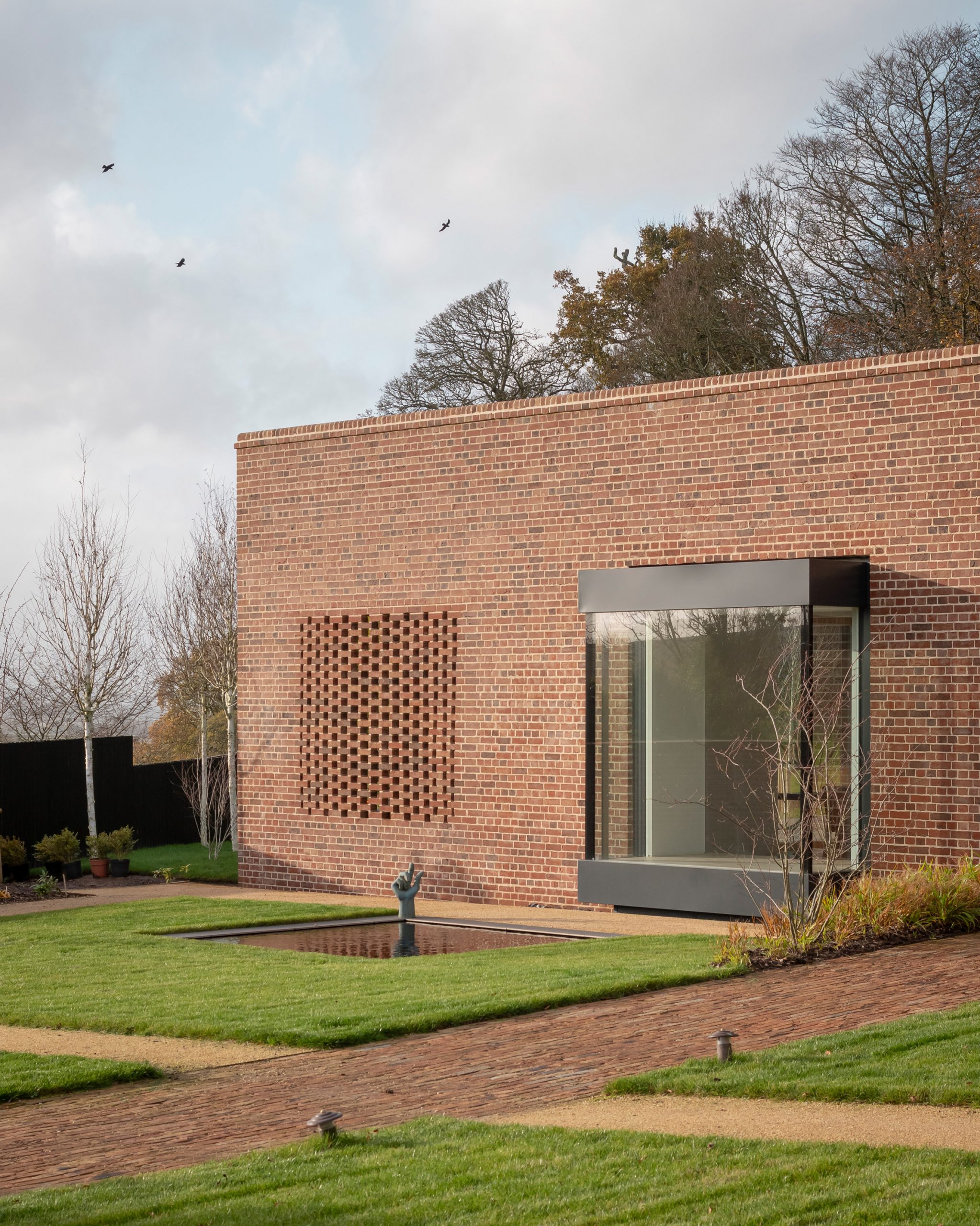 “The land has formed part of the grounds of a large country house for over 300 years as an orchard abutting large walled gardens,” McLean Quinlan told Dezeen. “The footprint and walls of the original garden inform the design of the house.”

“Our client is a keen gardener who is undertaking the huge task of restoring the gardens to their former glory, the materials were chosen to ensure the building feels connected to the garden that inspired it.” 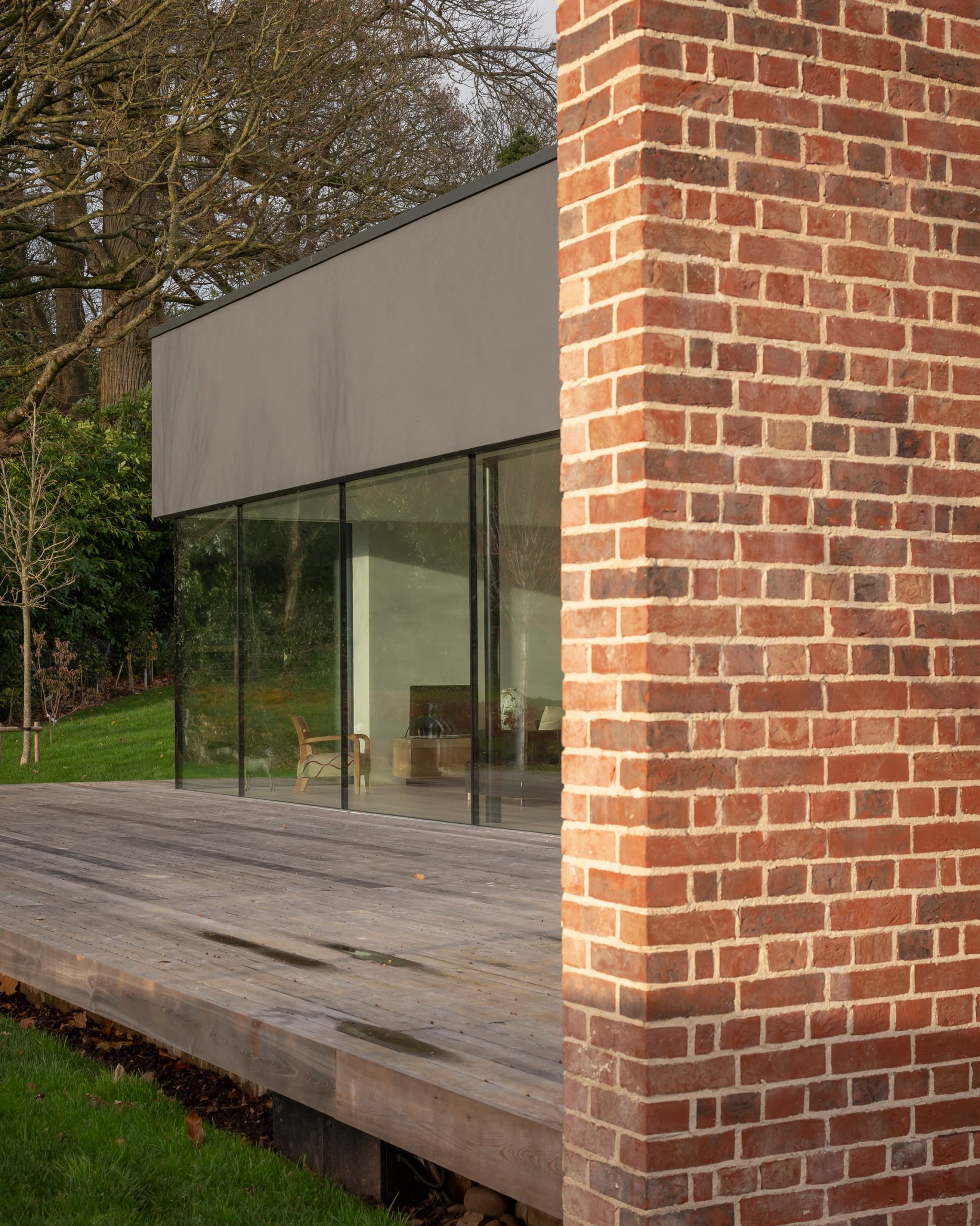 The owners of Devon Passivhaus commissioned McLean Quinlan to build them a “home for life” with barn-like rooms and vaulted spaces, as their old residence no longer served their needs.

However, the rural setting of the site demanded a more unique approach tailored to the site in order to meet the criteria of Paragraph 79 – a clause of the UK’s planning policy that only allows “exceptional and innovative” new-build homes in the countryside. 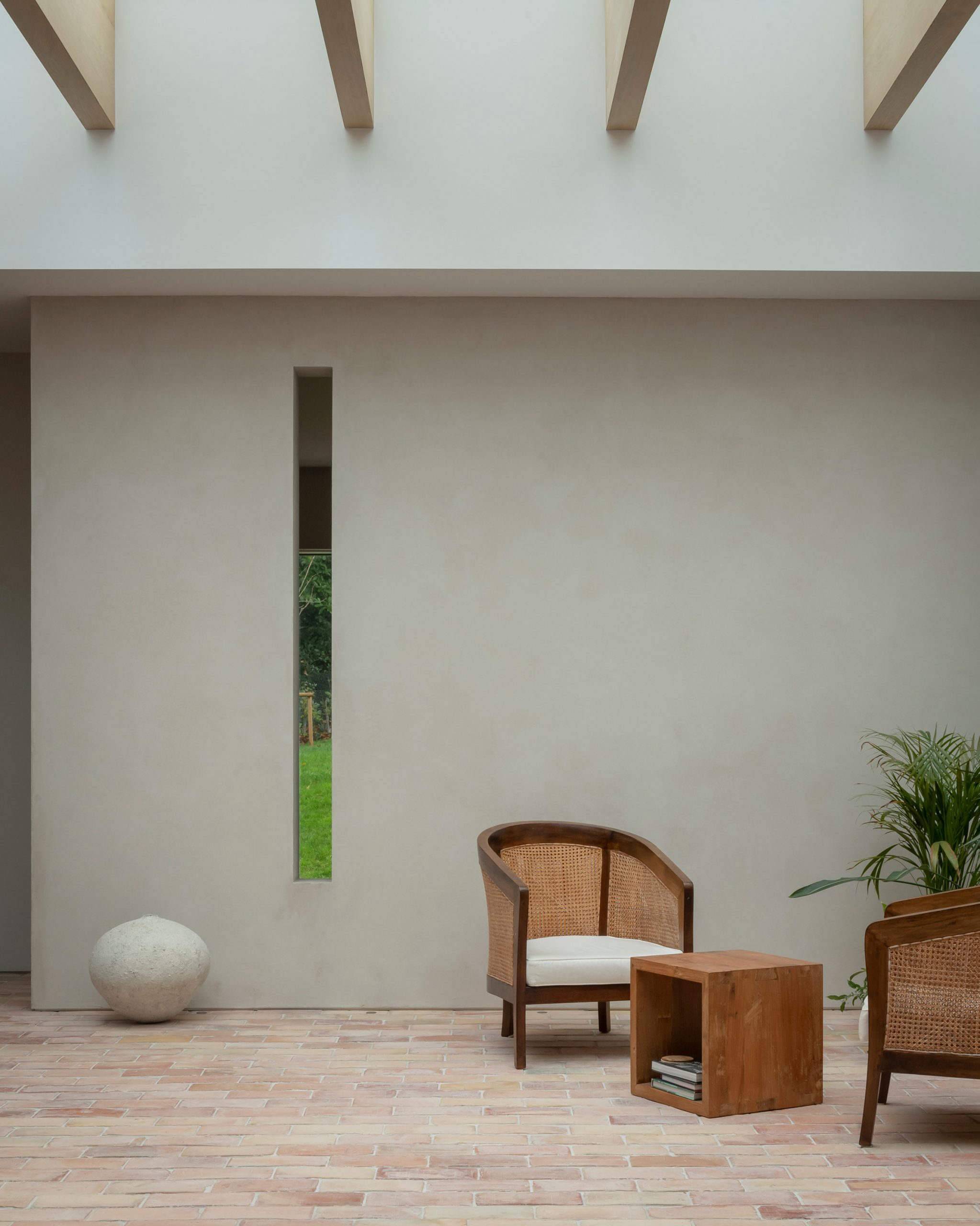 “The clients came to us to build a ‘home for life’, anticipating vaulted spaces and barn-like rooms but had to adapt their original aspirations to achieve planning under the exacting criteria of Paragraph 79,” said the studio.

“The design was led by the aim of building an outstanding and innovative house in the context of a historic walled garden,” it continued. “It was to be simple and clean and was kept low rise to link it back to the garden architecture that informed the design.” 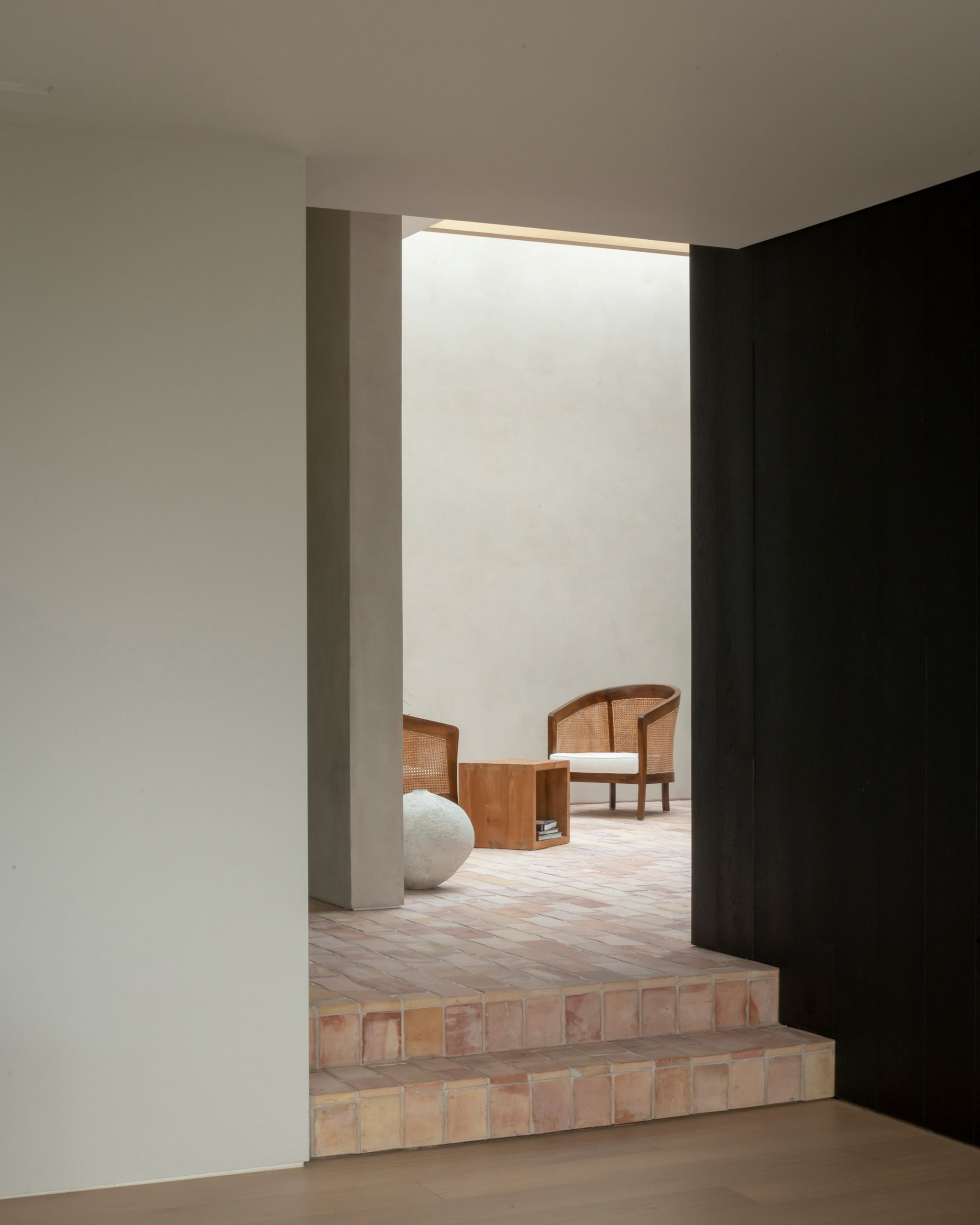 From the approach, Devon Passivhaus’ brick facade is disrupted only by an oriel window and discrete front door that is modelled on small gate openings typically found in walled gardens.

This brickwork extends out from the edges of the house to hide its other facades, which are wrapped by glass and dark render intended to “recede visually” into the garden. 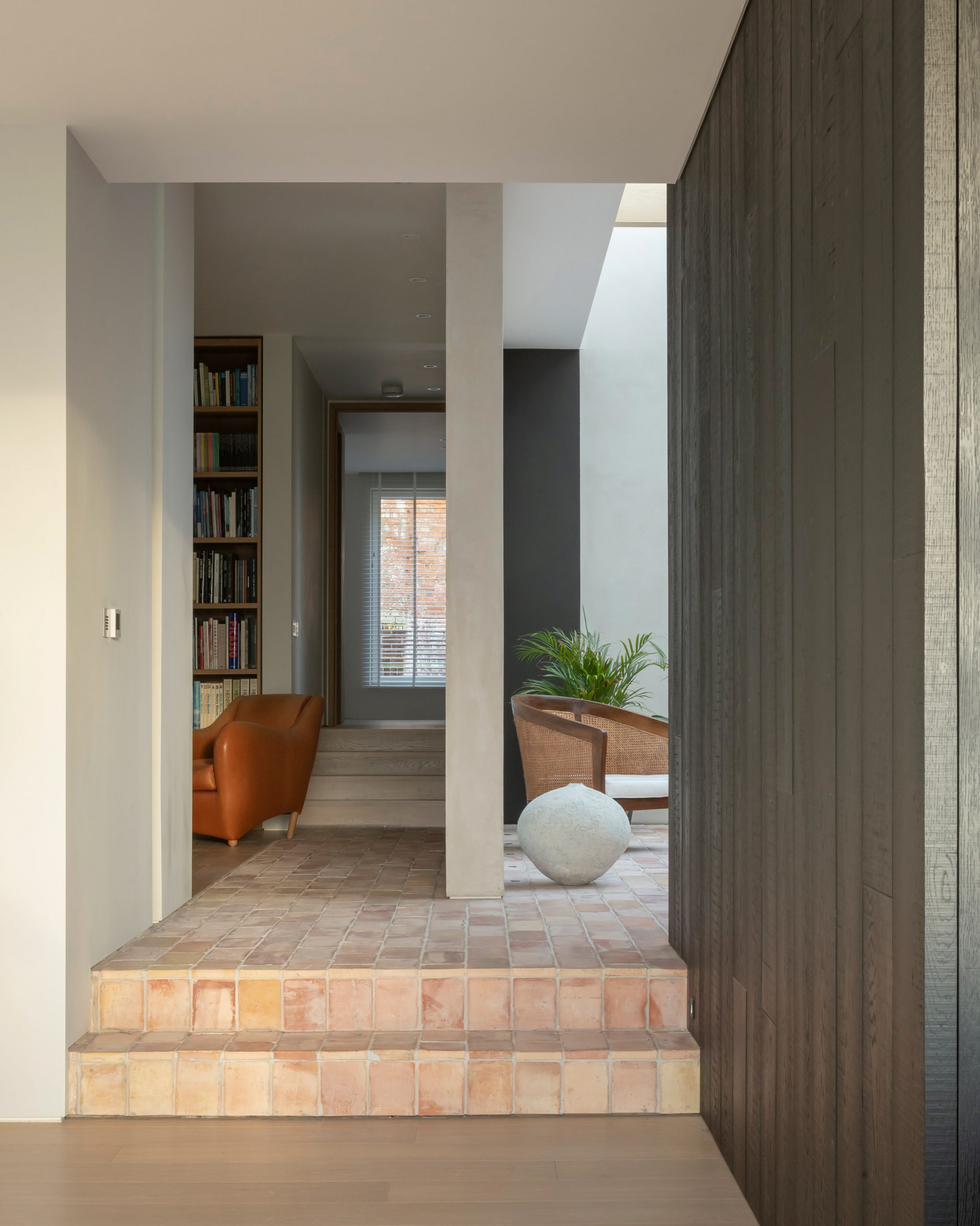 The building’s envelope performs to the highly energy-efficient Passivhaus standard, achieved using substantial amounts of insulation and triple-glazing throughout, which ensures stable inside temperatures and high air quality.

It is also fitted with air source heating, a heat recovery system, solar power and battery storage, which work collectively to provide over 100 per cent of the required energy for the home and an excess of approximately 40 per cent that is fed back into the grid. 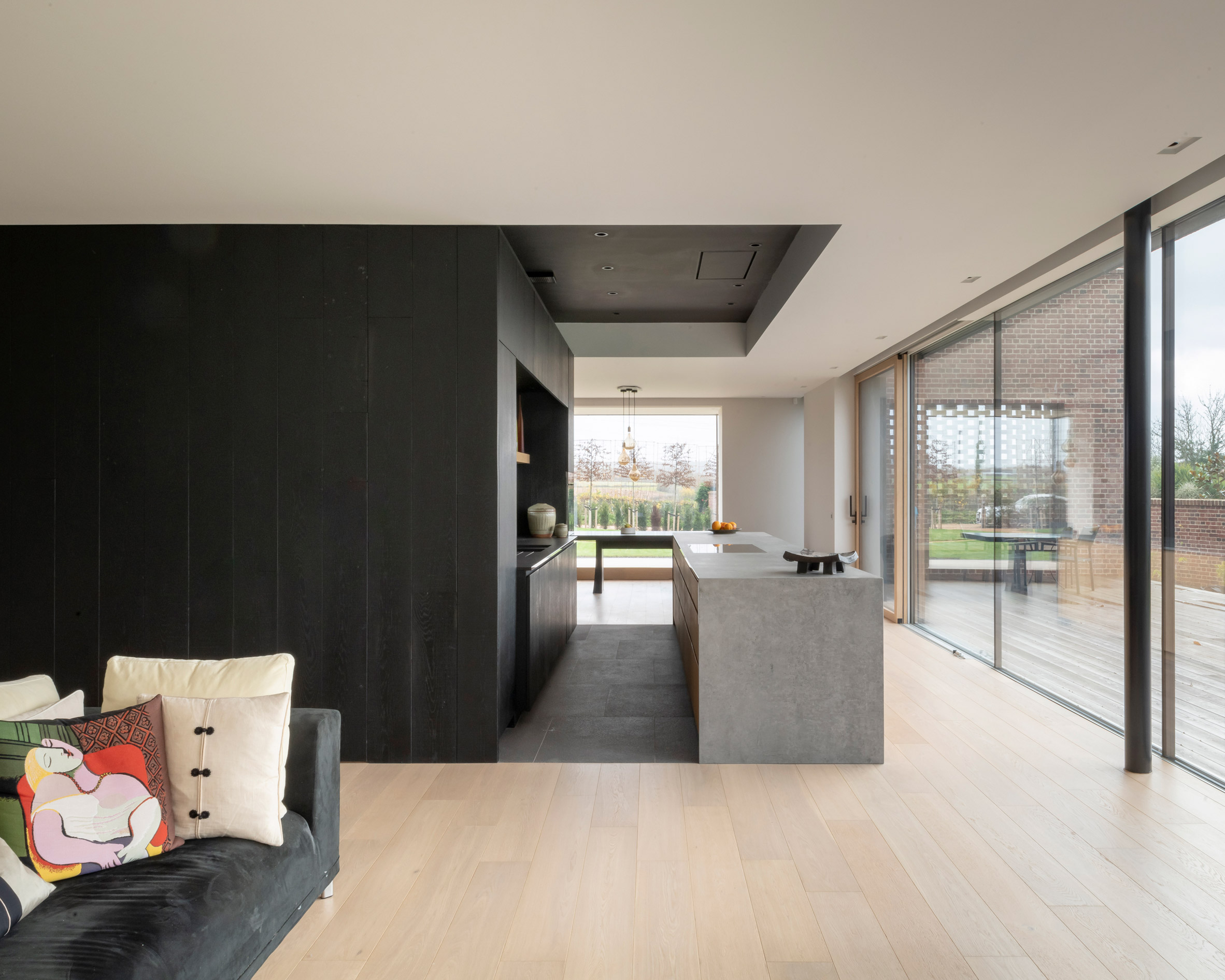 Inside, Devon Passivhaus comprises an open plan living room and kitchen, alongside a central courtyard, library and four bedrooms. A hidden staircase in the living area leads down into a basement level where there is a large study.

Like its facade, the interiors are designed to have a strong connection to the surrounding gardens, so the rooms are all positioned around the home’s perimeter to look outwards. 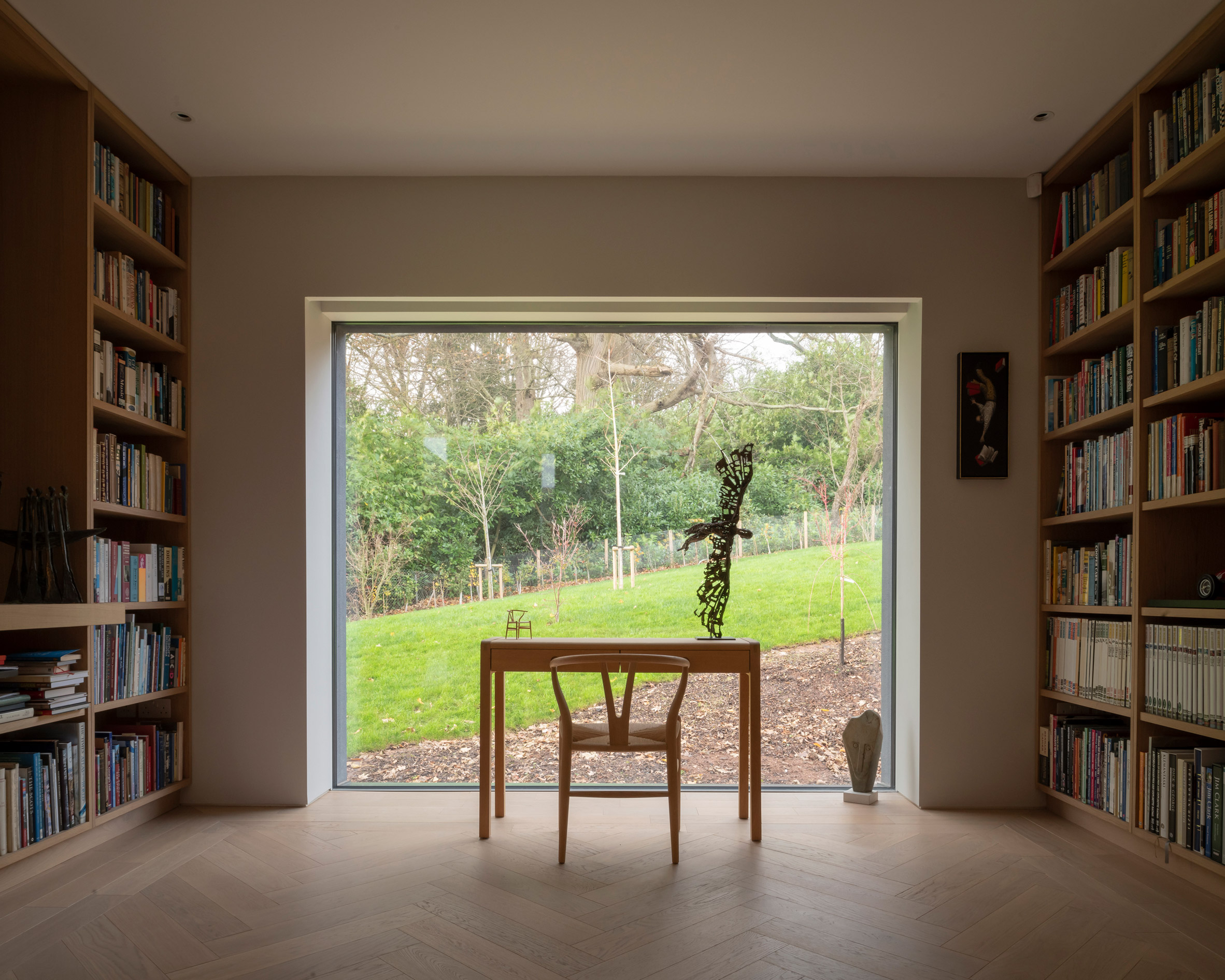 The glass-roofed courtyard forms the heart of the house and is intended for use as a winter garden. It also doubles as a gallery for the client’s collection of ceramics and introduces natural light in the depths of the dwelling.

Material finishes throughout are earthy and tactile, helping to create a “serene” environment and connect the home to the garden further. This includes reclaimed textured terracotta tiles and rough sawn oak flooring, teamed with clay plaster walls and charred wood cabinetry. 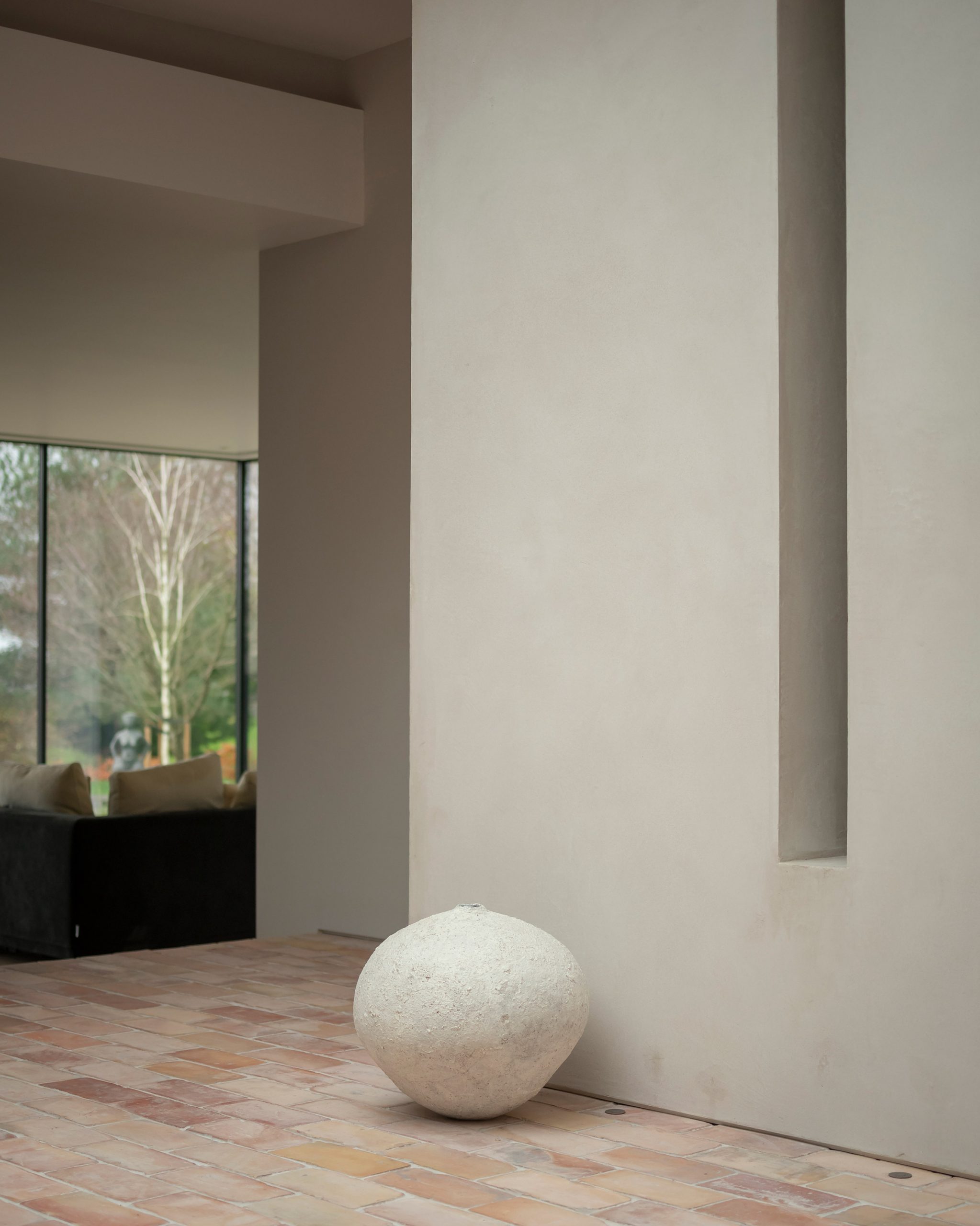 McLean Quinlan is a British architecture firm headed up by mother and daughter duo Fiona McLean and Kate Quinlan, alongside Alastair Bowden. It has offices in London and Winchester.

Other recent projects by the studio include a stone house in Jackson, Wyoming, which is modelled on a nearby 19th-century log cabin, and another home in Devon with walls of weathered stone and timber.

Photography and videography by Jim Stephenson.