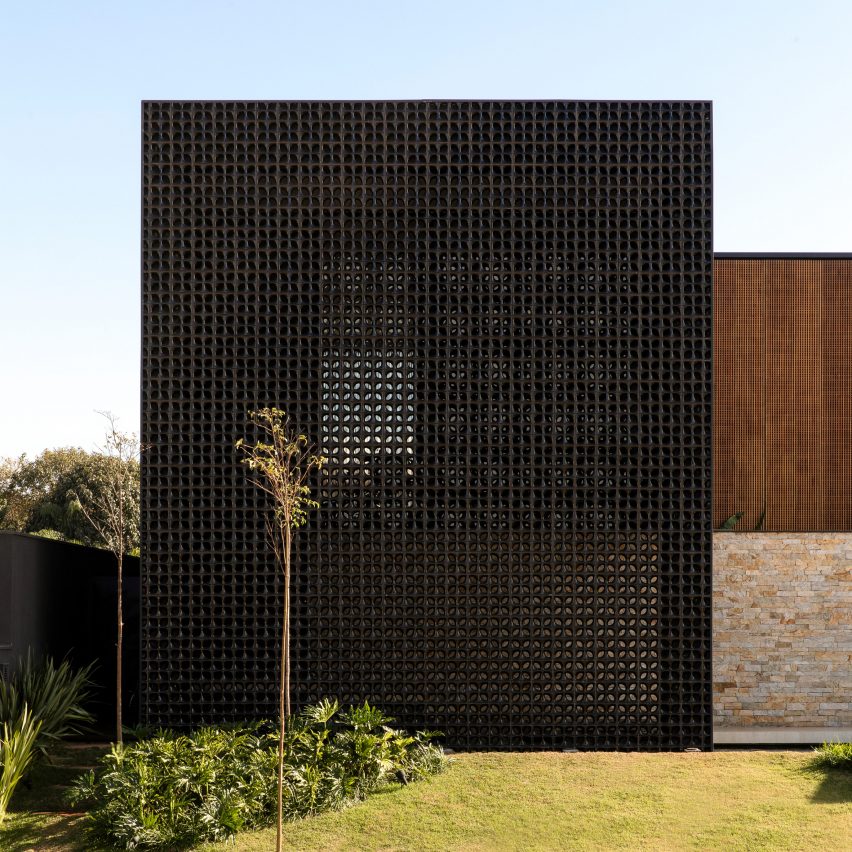 MF+ Arquitetos, which is also based in Franca – a municipality of São Paulo state – fragmented Cobogós House into a series of blocks covered in different materials. 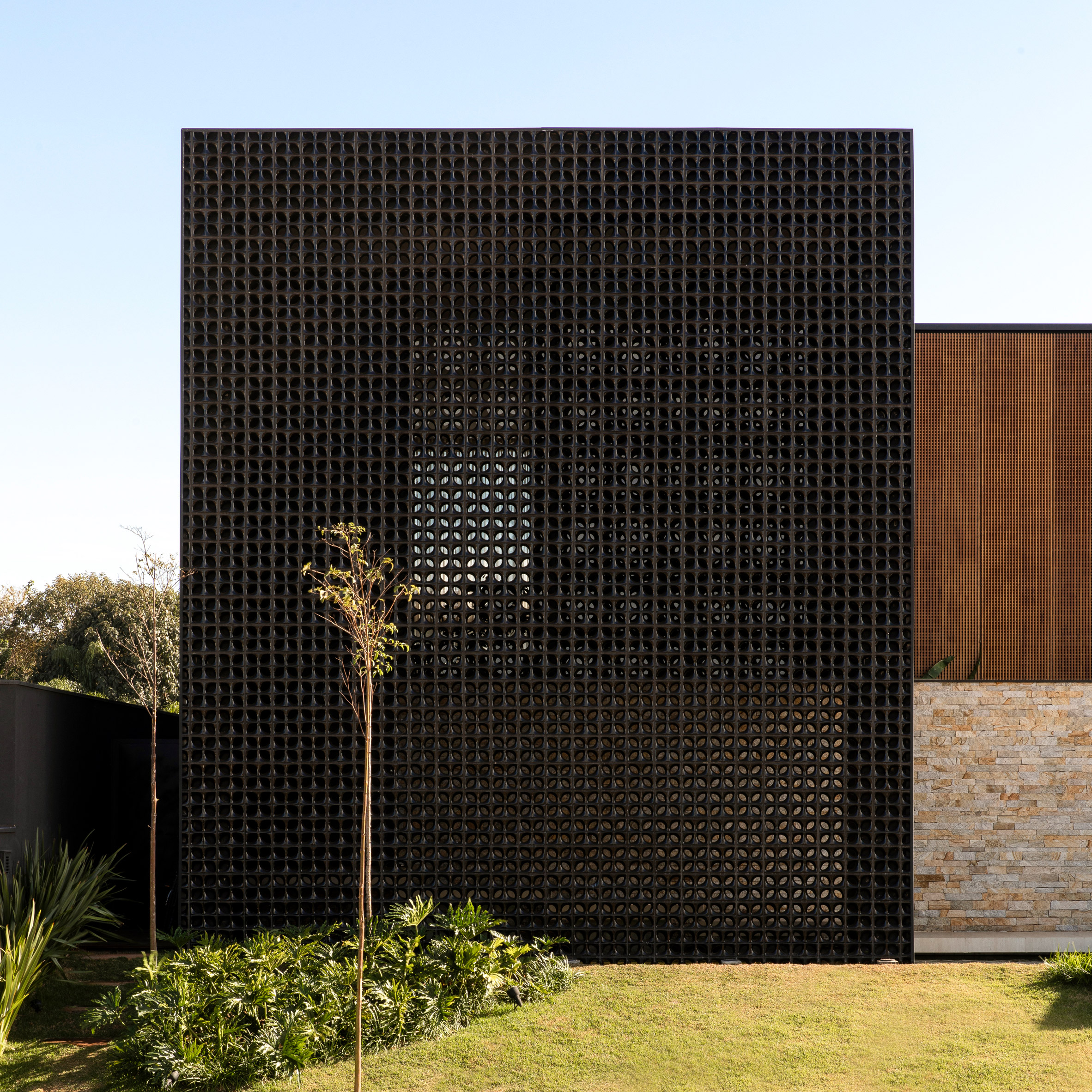 “The project is distinguished mainly by the visual impact of the proposed volumes, which cooperates functionally with details of comfort and efficiency of the house,” said MF+ Arquitetos.

Dark Cobogó – a  hollow block typically used across South America to allow ventilation and lighting to filter into buildings – fronts a double-height structure giving the house its name. Behind the screen is an entryway with steps that lead into the double-height living space with a mezzanine inside.

A pale-brick block housing the studio links the Cobogó structure to a black-rendered volume, which is occupied by a garage, laundry room and kitchen.

Placed on top of these two volumes is a fourth block covered with slatted wood, containing two bedrooms with en-suite bathrooms, a suite with a closet and bathroom and a lounge. MF+ Arquitetos designed the 520-square-metre house so the ground floor opens up to a rear garden with a swimming pool, with the same materiality used throughout the interior and exterior.

Slatted woodwork also lines the interior wall of the dining room – located in-between the double-height lounge and the kitchen – which has glazed doors that open onto a long veranda. 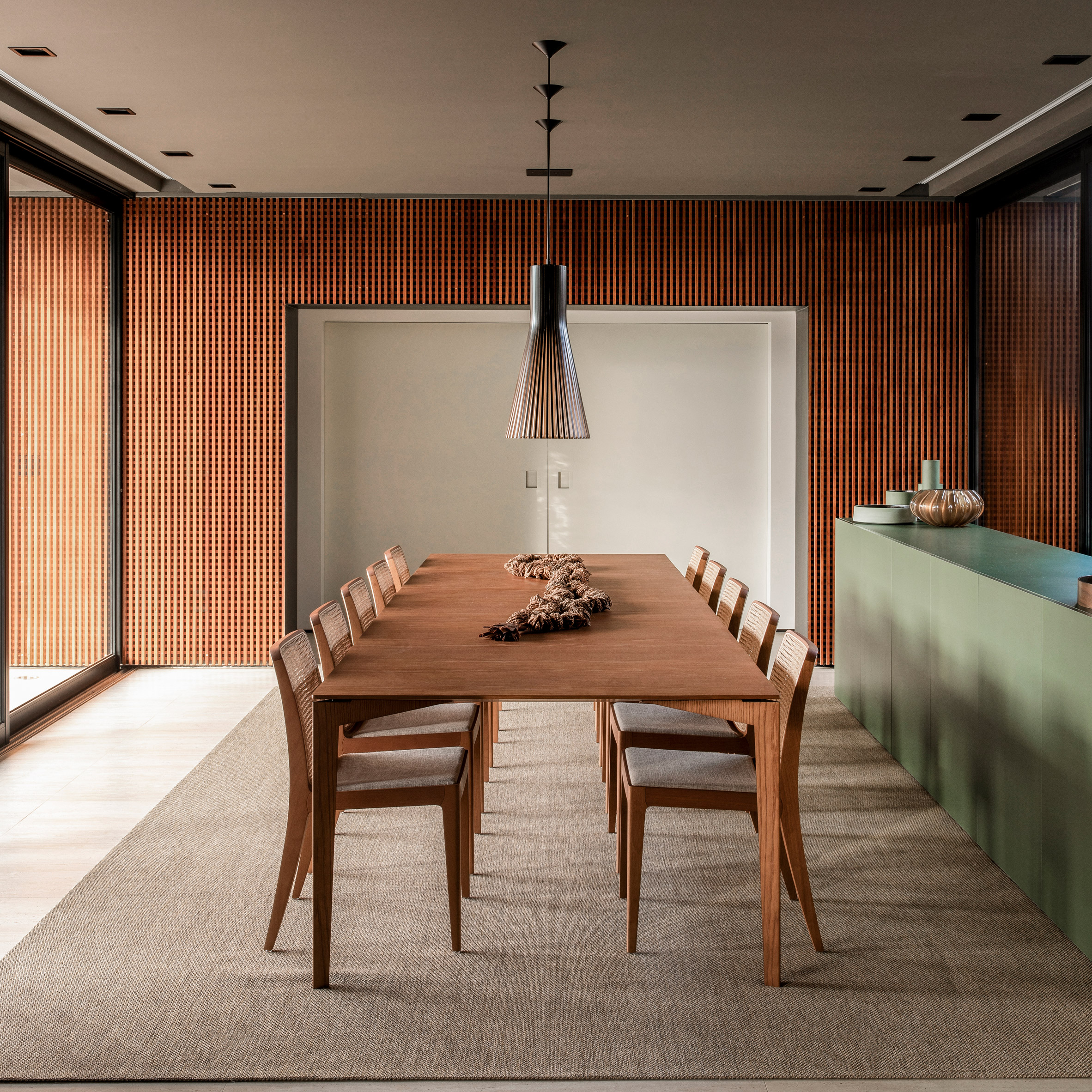 The same wood clads the wall of a block housing a second kitchen and dining room, whose roof has a wooden deck mirroring the veranda on the ground.

The pool is on one side of this volume, while a small spa and outdoor patio is set on the other. Black-rendered walls fronted with planting wrap around the entire outdoor area, referencing the dark walls in the living room. “The lap pool happens in the background in the entire length of the ground allowing this connection with all spaces,” said the studio.

“The darker shades of colours, such as the graffiti covering the walls of the entire living room, are present inside and outside, making volumetry and materials to define and reinforce the use and function of each space.” 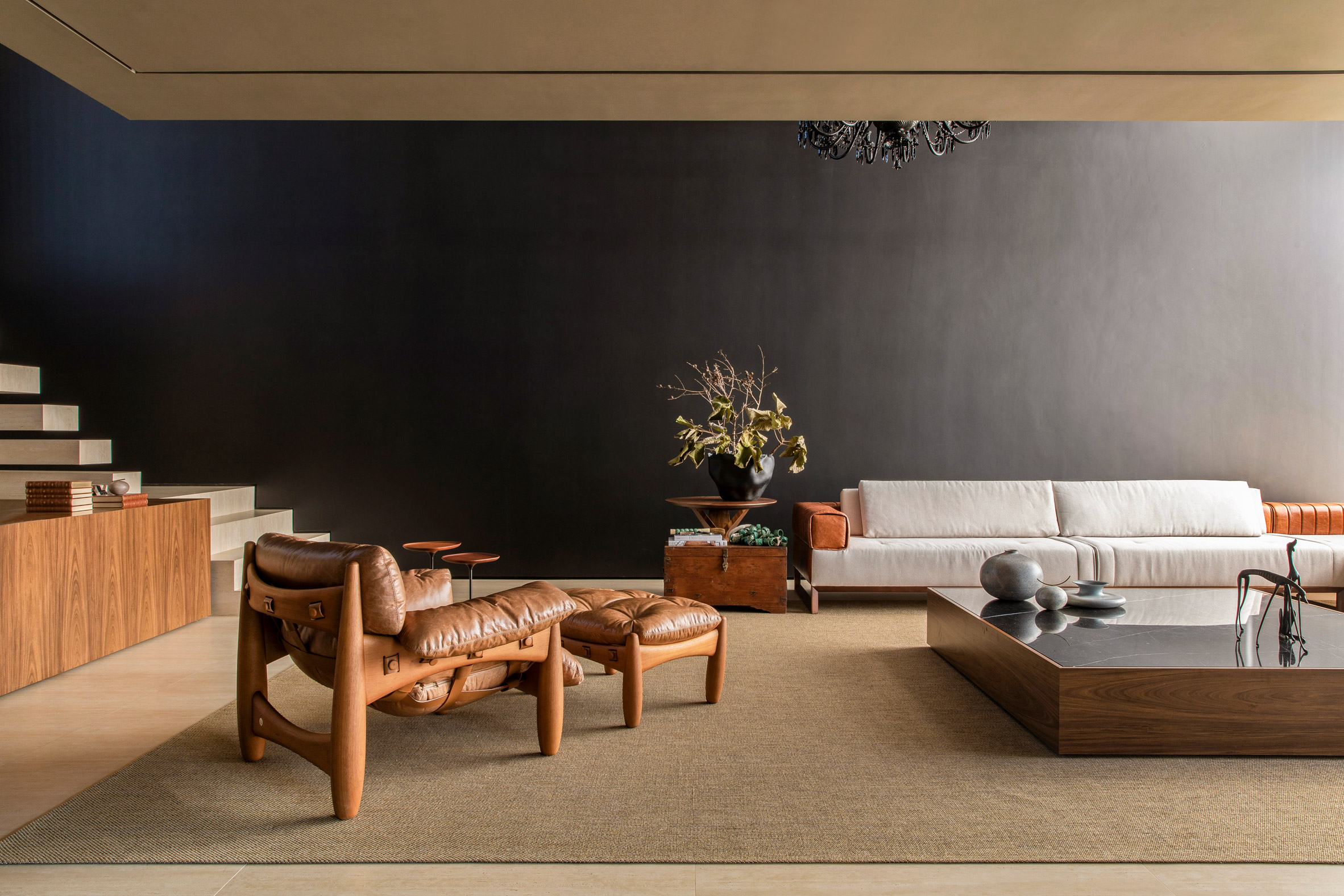 Carrying the palette throughout the interior decor is stone and wood flooring, wooden and leather furnishings from Brazilian designers, and pale textiles.

“The furniture with pieces of great national designs reinforces the purity of the straight lines present in the architecture,” the studio explained. 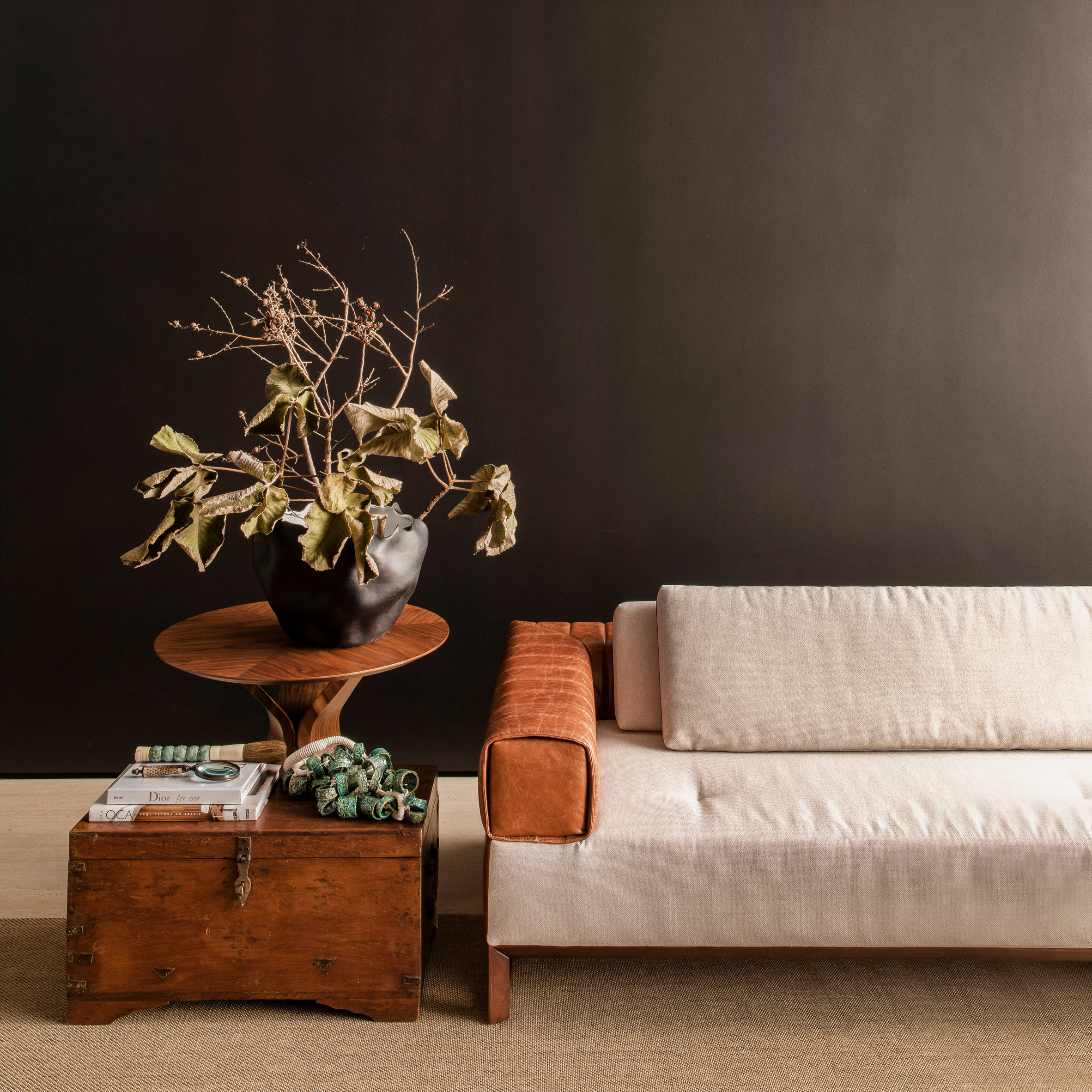 Cobogós House is among a number of residential projects that have made used of the traditional Cobogó bricks. Others include a house in São Paulo designed by architecture studio YTA featuring a “lace-like” screen and an apartment renovation by Brazilian architect Alan Chu.

Fernando and Humberto Campana also chose the bricks for an Aesop store in the city, while Frida Escobedo worked with the blocks for a Mexico gallery.

Photography is by Felipe Araujo  Perfil.