The Nest at Sossus guesthouse in Namibia features a thatched facade 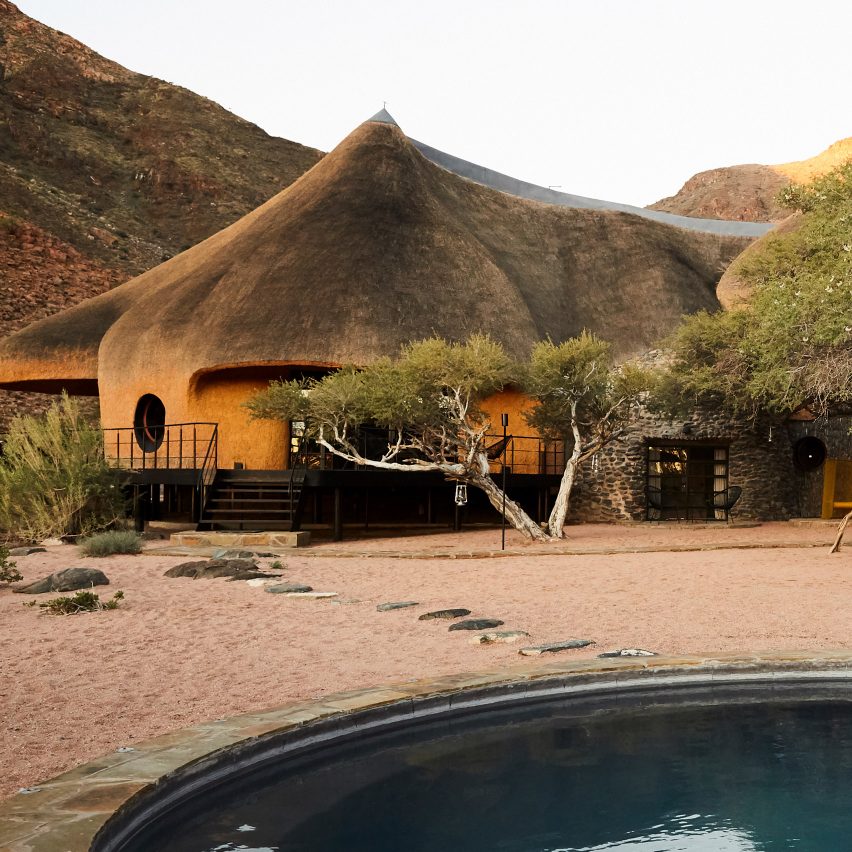 South African designer Porky Hefer took cues from the amorphous shape of bird nests to create this off-grid guesthouse on a wildlife reserve in Namibia.

The Nest at Sossus guesthouse is situated on the Namib Tsaris Conservancy, a 24,000-hectare reserve nestled between the Nubib and Zaris Mountains in Namibia’s Namib desert. 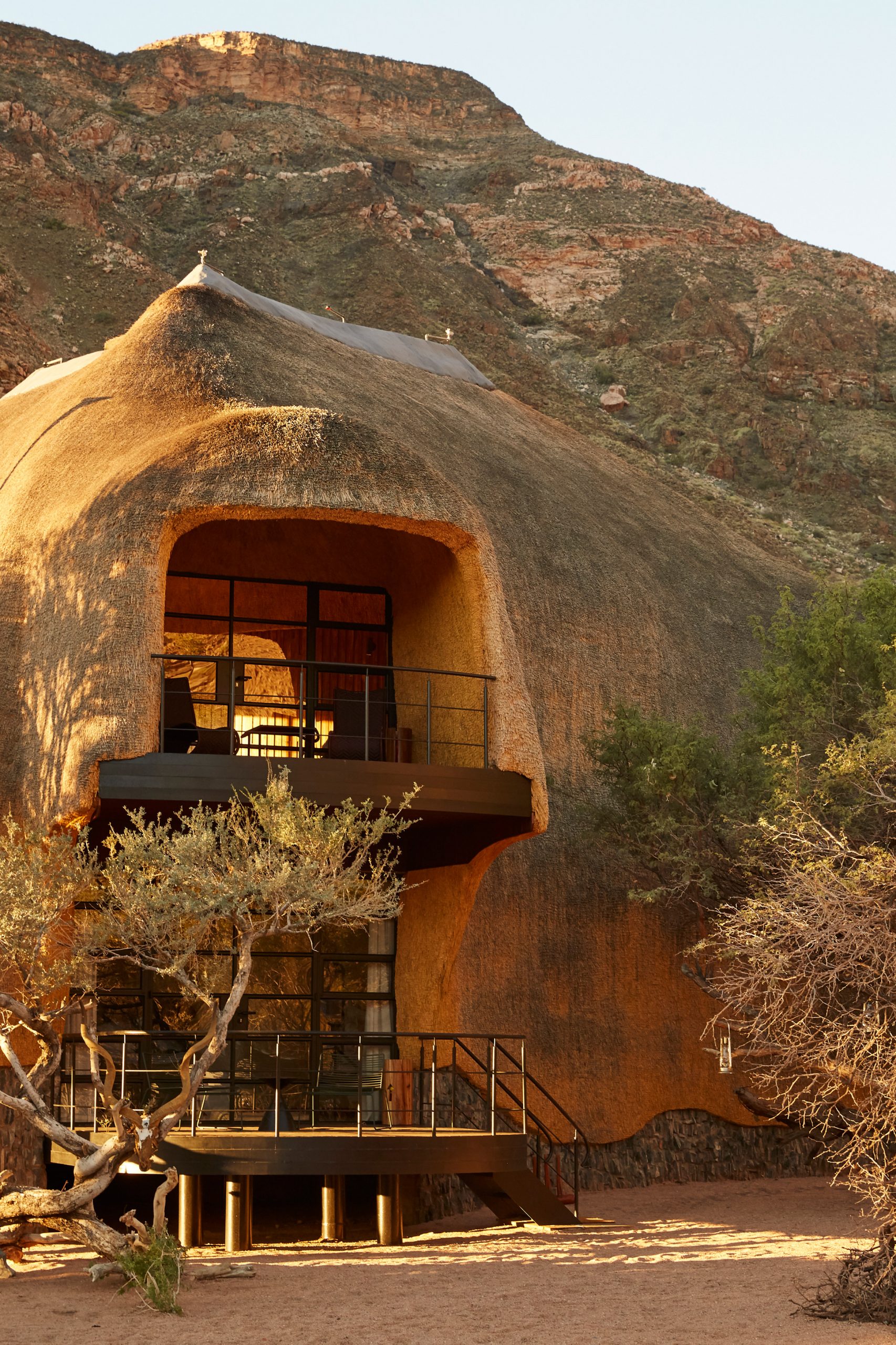 It’s been designed by Porky Hefer to emulate the habitat of sociable weavers – a species of bird found in southern Africa known for building huge, bulging nests that are able to accommodate hundreds of birds at a time.

The four-room guesthouse is an evolution of the nest-like seating nooks that Hefer has created in the past by weaving plant stalks across metal skeletons. 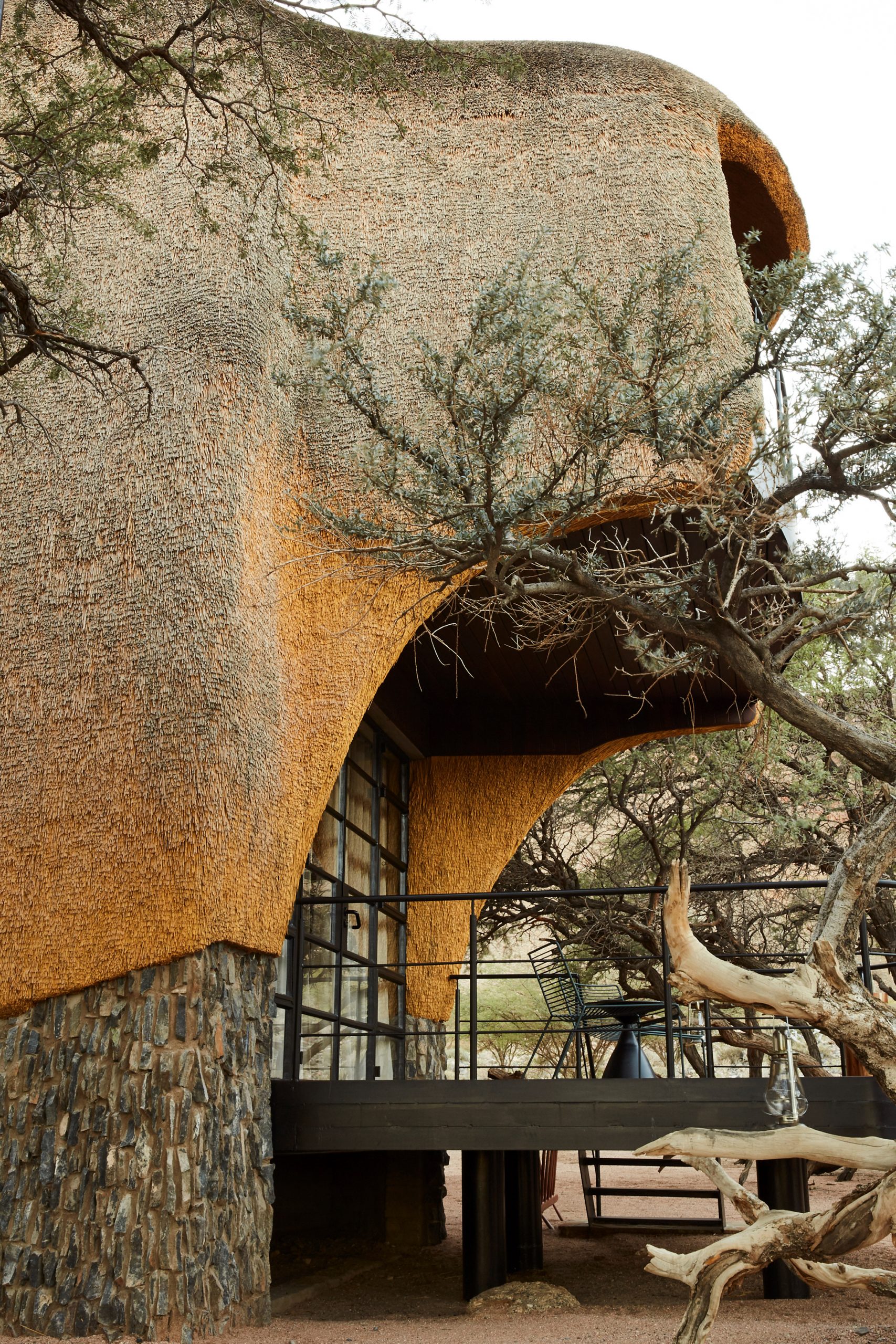 “I was convinced that my smaller nests were bigger than a chair or a design piece,” said Hefer.

“I designed these camps with nests all over them and then I tried the idea for three years, changing forms and materials according to the locations I was pitching them,” he continued.

“People didn’t really get it and preferred four walls and a roof…but I kept on trucking.” 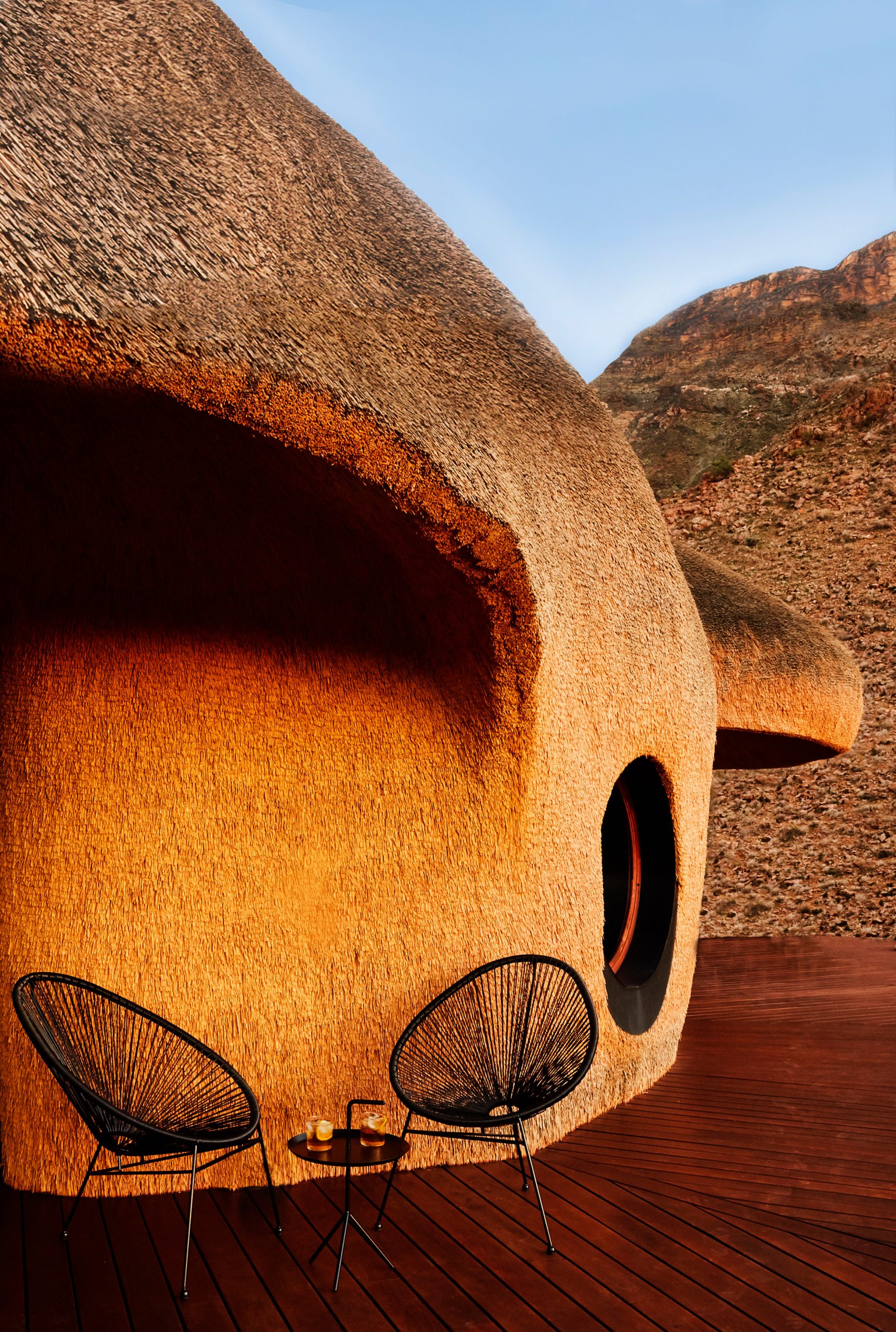 When Hefer’s unusual accommodation concept was ultimately accepted by the owner of Namib Tsaris Conservancy, Swen Bachran, the designer did a series of hand-drawn sketches to consolidate what The Nest at Sossus would look like.

The three-storey guesthouse is completely off-grid and operates off its own supply of water and electricity. Like the nest of a sociable weaver, it swells at different points to form bulbous protrusions. 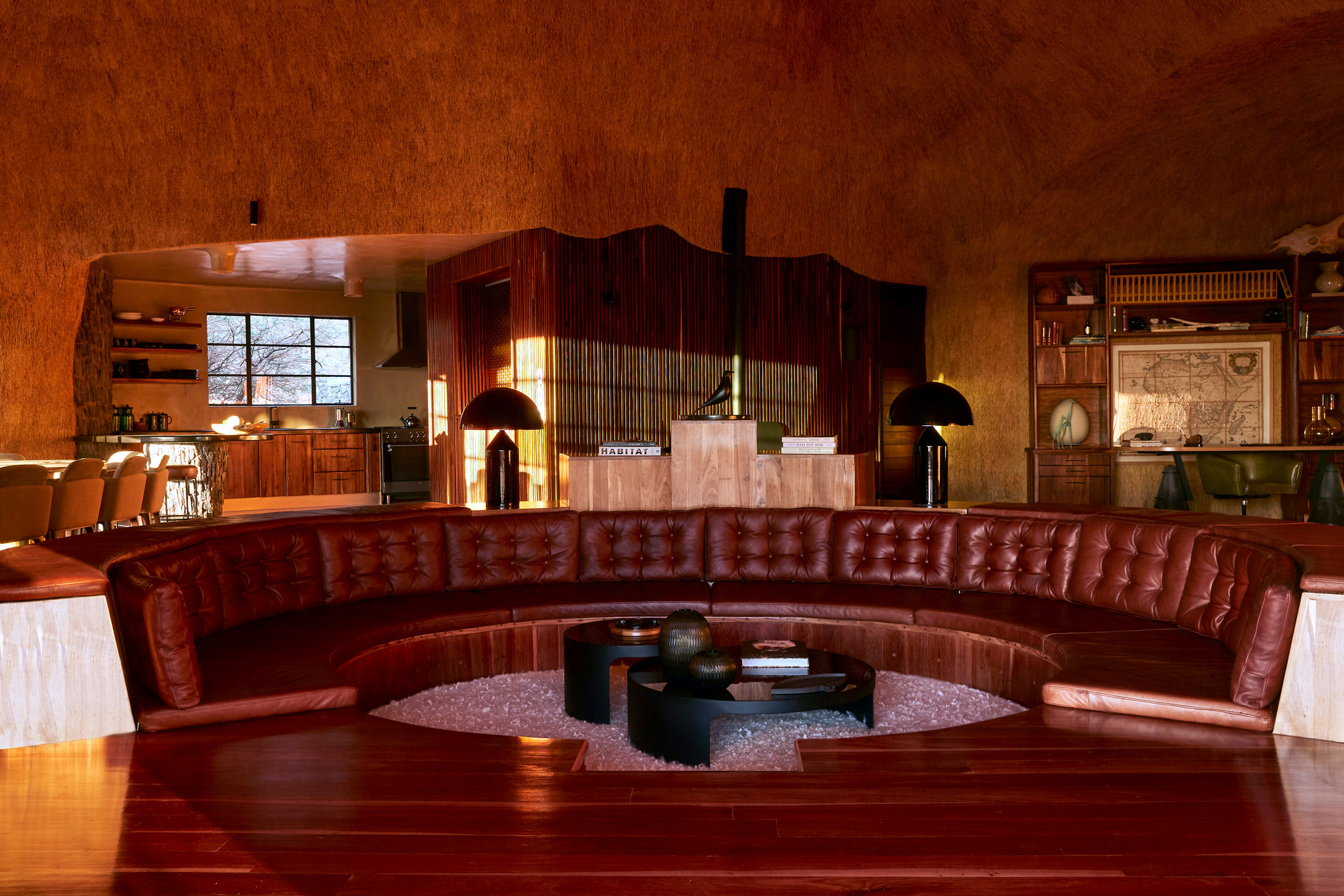 Most of the facade is thatched with strands of reed harvested from northern Namibia, supported underneath by a hand-bent steel framework.

Some walls have been built using rough chunks of granite that have been carefully arranged to emulate the bark of camelthorn trees, which populate the surrounding landscape. 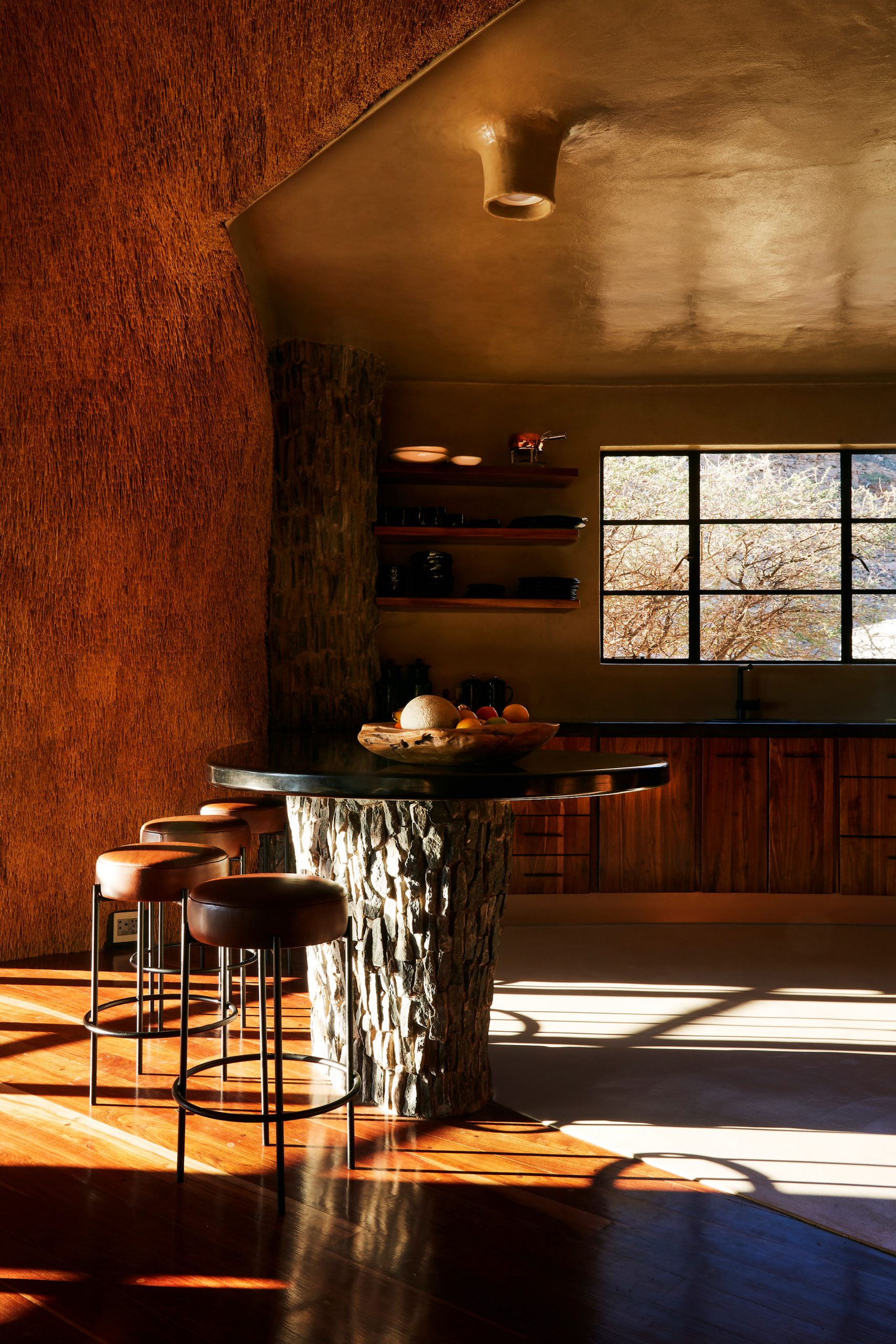 Walls inside the guesthouse are also thatched, but in some rooms have been set slightly apart from the external shell to allow for the insulation required during the colder months.

Flooring and joinery throughout are crafted from Rhodesian teak wood. 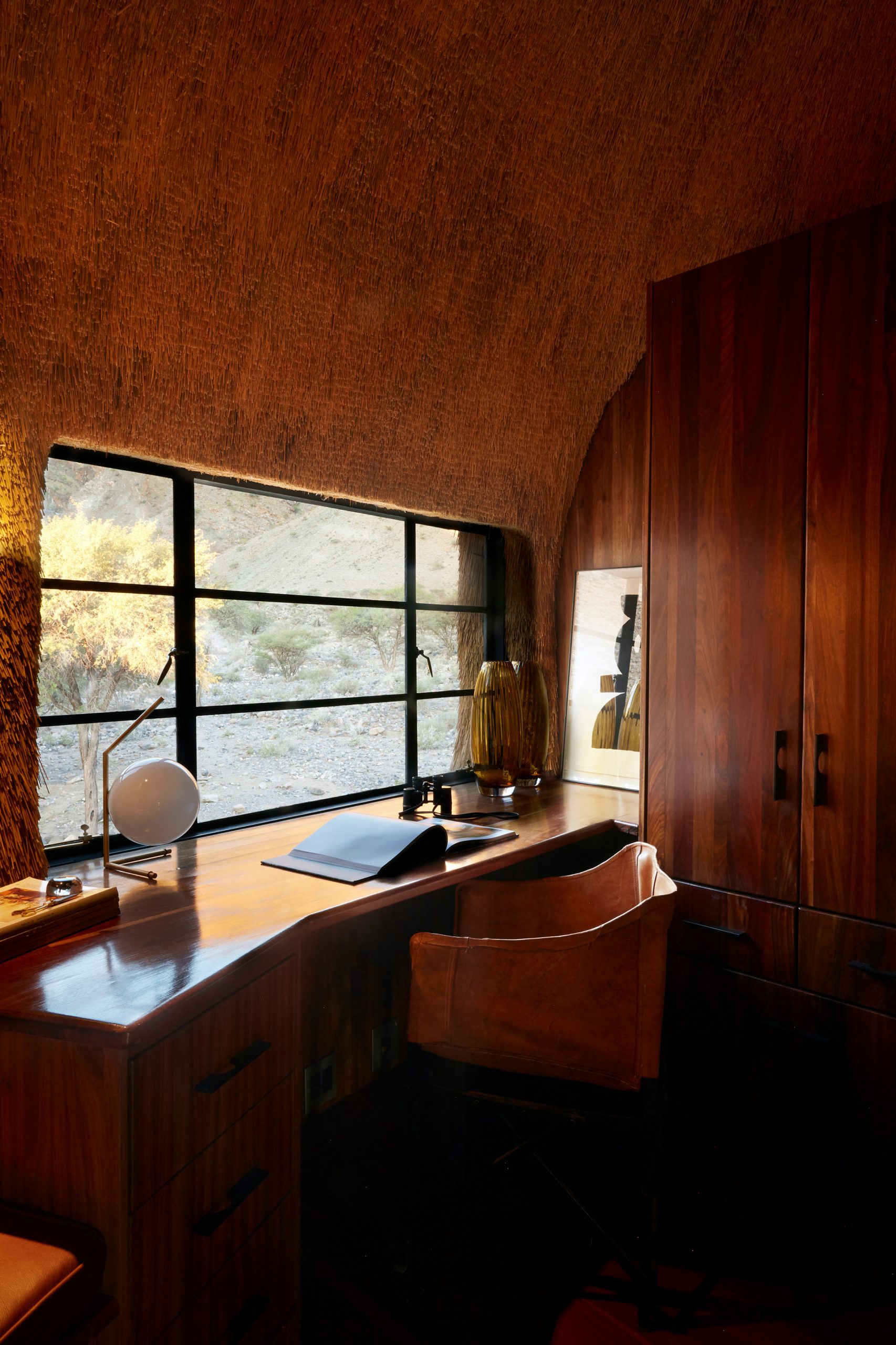 Hefer worked alongside his wife, Yelda Bayraktar, and creative consultant Maybe Corpaci to decorate the interiors.

The trio opted to have the majority of the furniture built-in, much like components are in a nest, and relied on a handful of striking pieces to “bring in the modernism” – for example, the living area is anchored by a sunken Chesterfield-style sofa upholstered in oxblood-coloured leather. 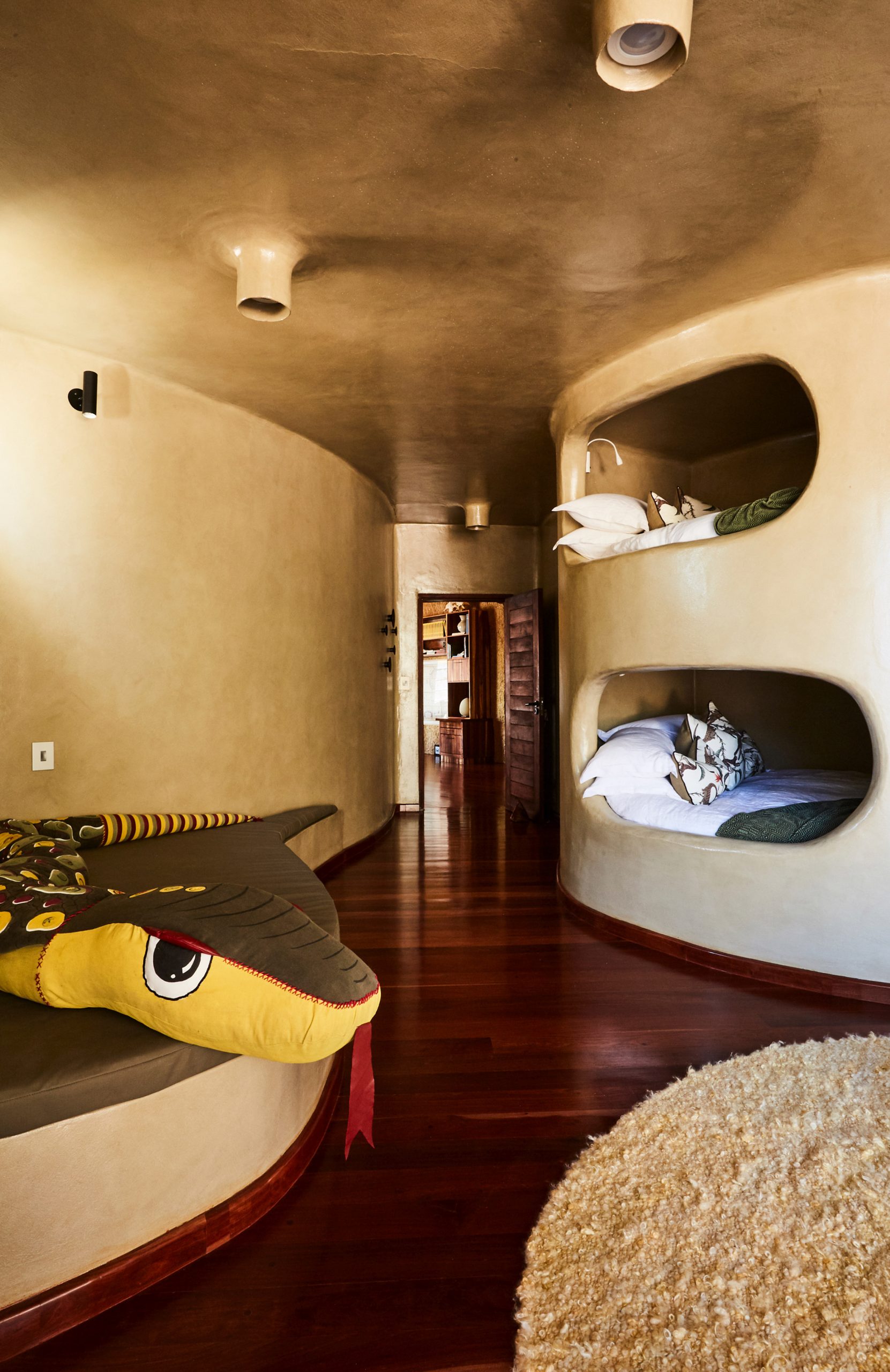 Outside, a swimming pool for guests has been created in the same space where there was once a dust bath for zebras.

“The zebras have been known to join guests at the house’s outdoor movie theatre to enjoy the odd movie,” added Hefer, “and surprisingly the local troop of baboons have resorted to observing with interest rather than destroying out of curiosity.” 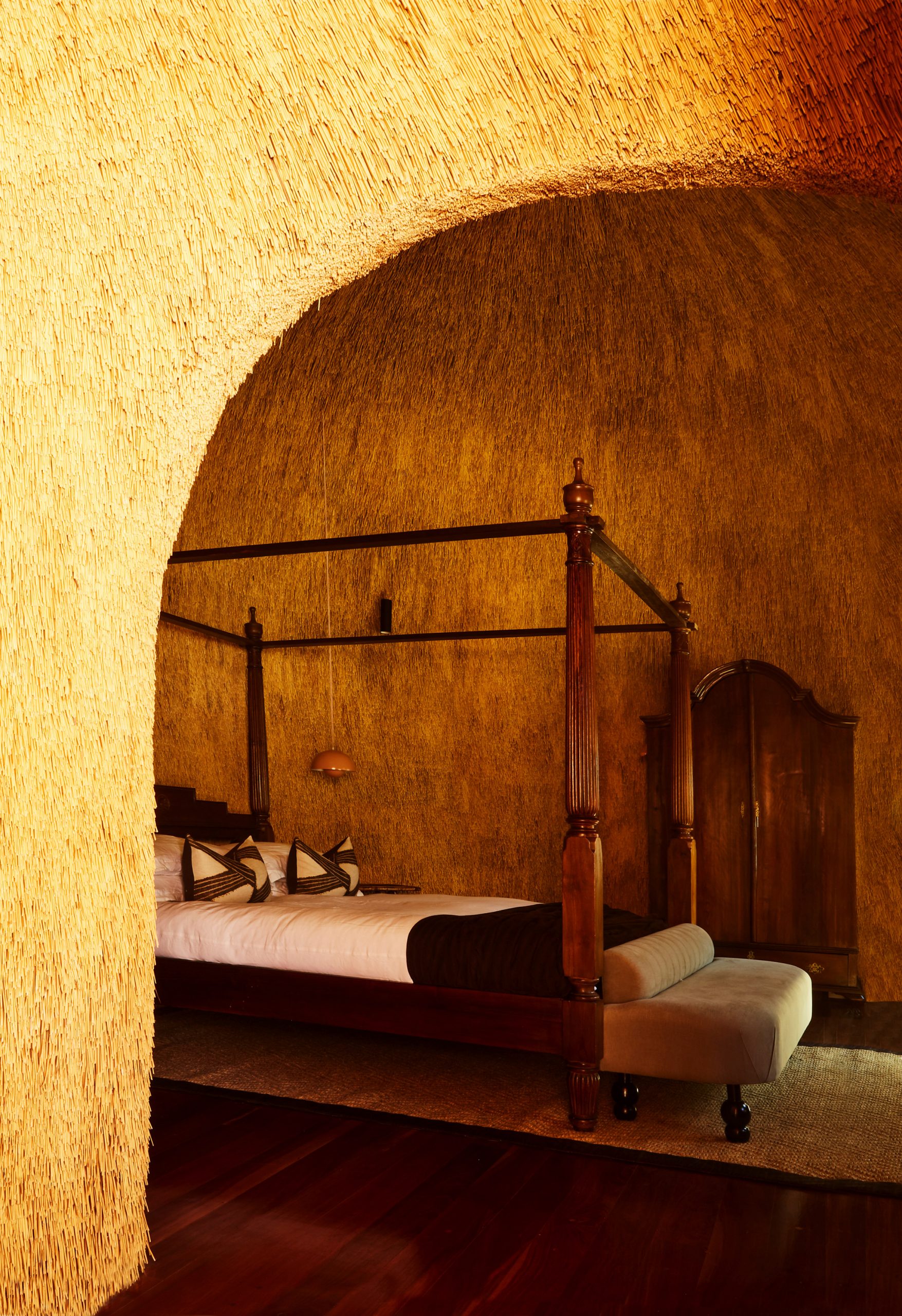 Porky Hefer’s self-titled studio has been established since 2011. Prior to that he was running his own creative consultancy,  named Animal Farm. The Nest at Sossus is the designer’s first architectural project, and joins a growing number of design-focused spots to stay at in Namibia.

Others include Shipwreck Lodge by Nina Maritz Architects, which comprises 10 rooms that are each meant to resemble ruined boats strewn along the sands of Namibia’s Skeleton Coast.

Photography is by Katinka Bester.

The post The Nest at Sossus guesthouse in Namibia features a thatched facade appeared first on Dezeen.